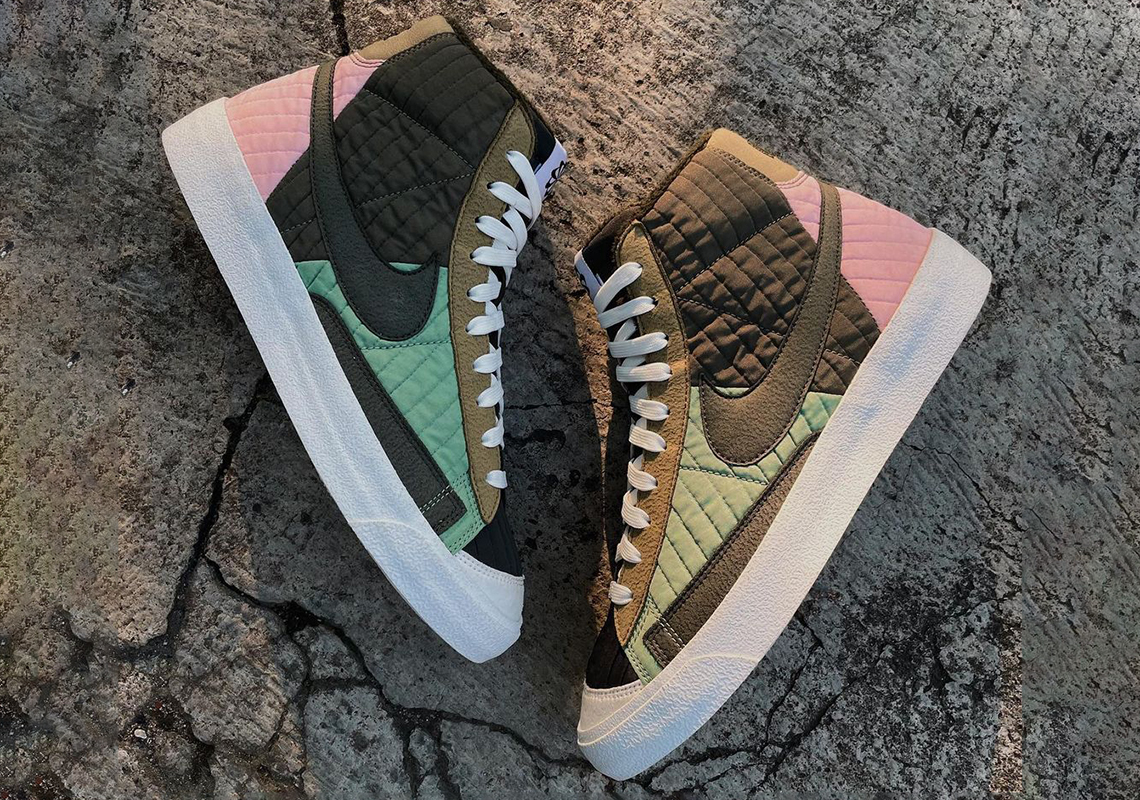 As part of Nike’s “Move to Zero,” the Blazer Mid has been tweaked and upgraded a number of ways. One such case, which debuted through official images not long ago, brought patchwork constructions to the forefront, each panel loud in both color and texture. Today, yet another variation was revealed via social media — and though it’s a sample, it’s likely we’ll see something similar very soon.

Whereas the official pair paraded D/MS/X reminiscent elements, the sample is far more subdued, resembling the ’77 pair much closer. Leather strips accent the forefoot and eyestays all the same, here dyed a deep black to complement the Swoosh just adjacent. White midsoles, then, bring a similar sense of familiarity underfoot, while the base stitches together quilted pieces of green, pink, and brown coloring. What remains consistent with the aforementioned is the Grind-fitted outsole and the inside tongue’s definition of “Move to Zero.”

Take a closer look at these here, and if they happen to make their way to the shelves, expect to find out right here.

In other news, the New Balance 550 White Navy expands the silhouette GR roster. 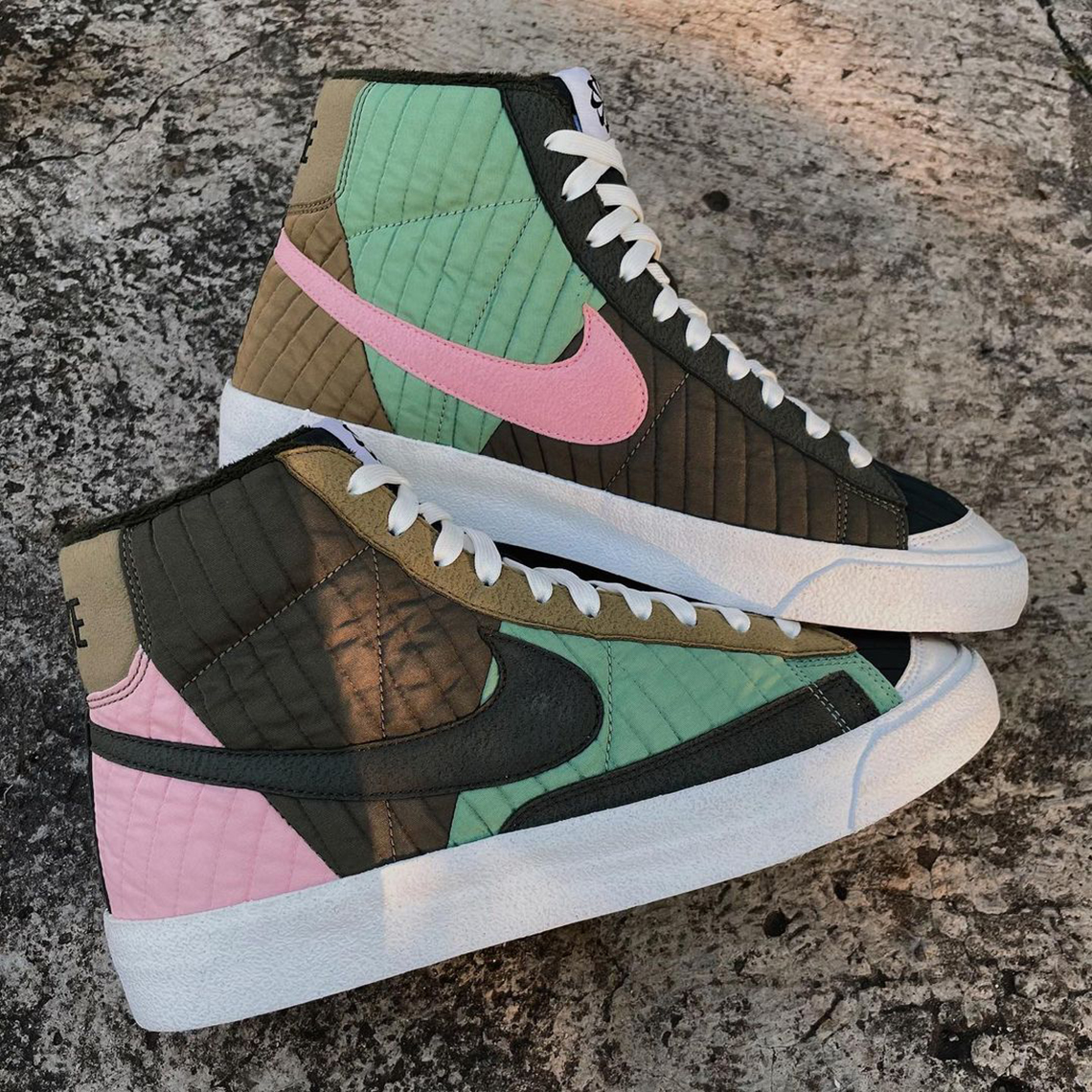 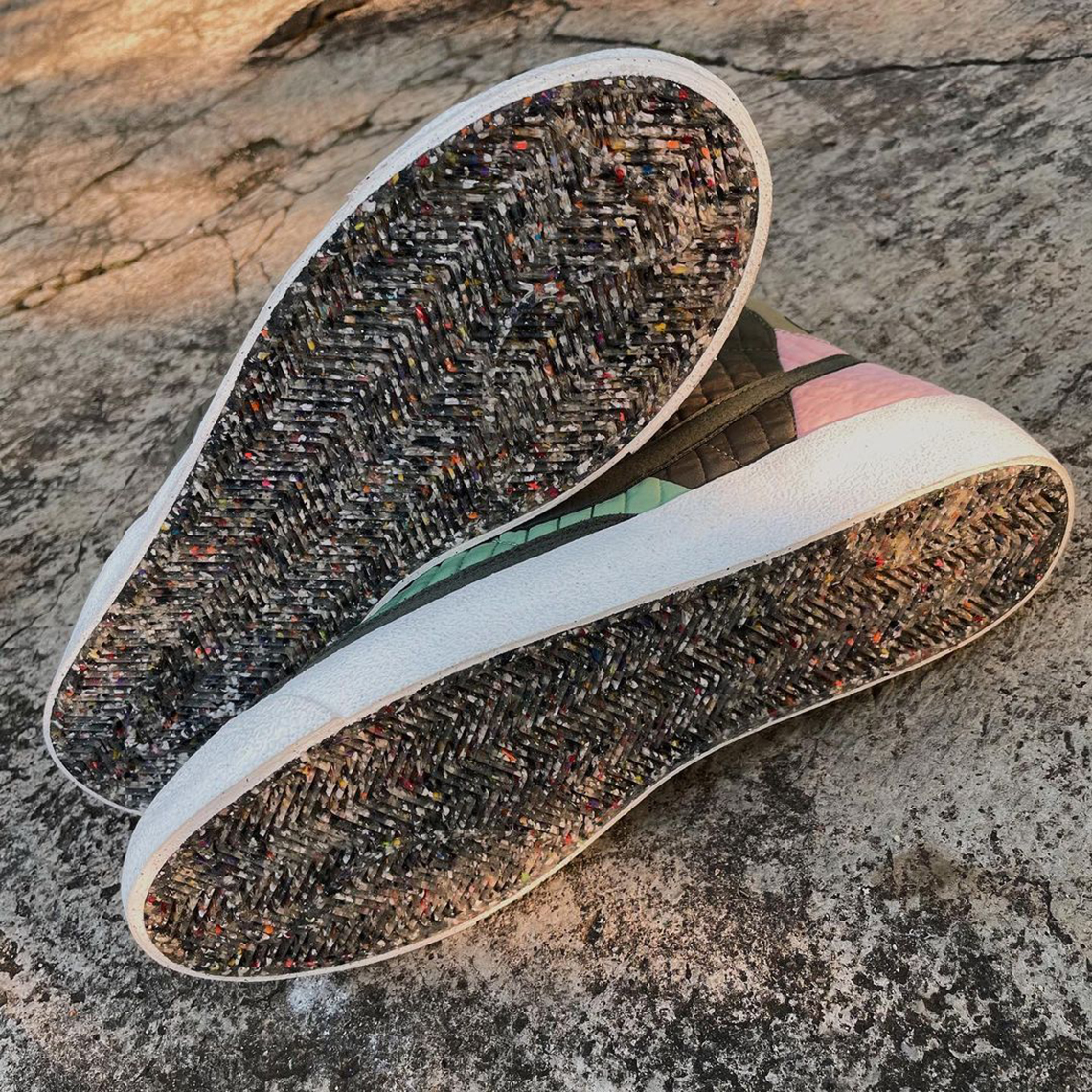 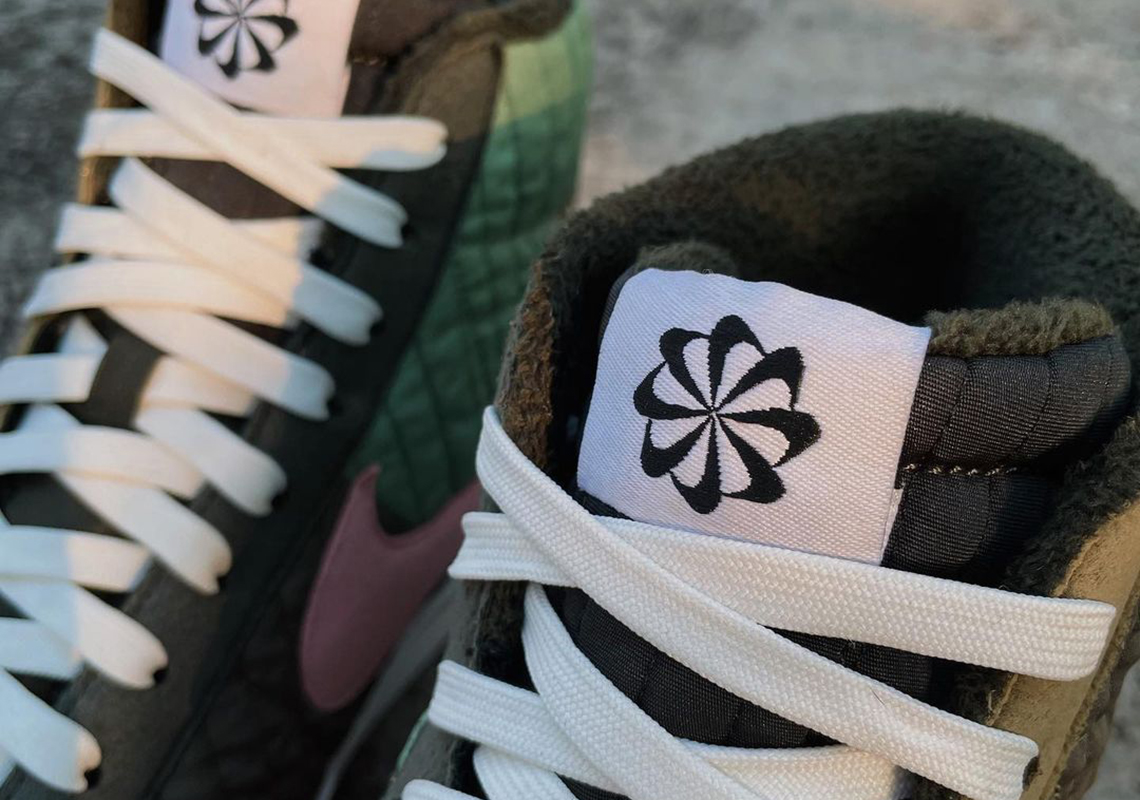 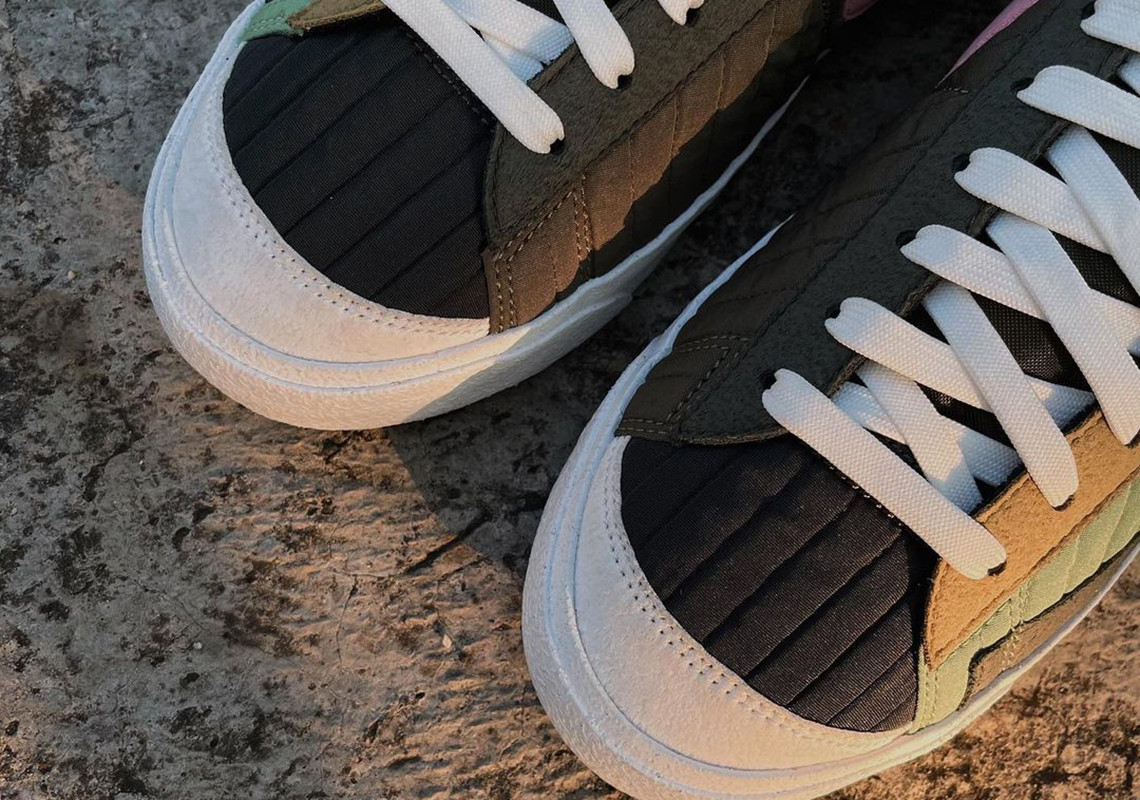 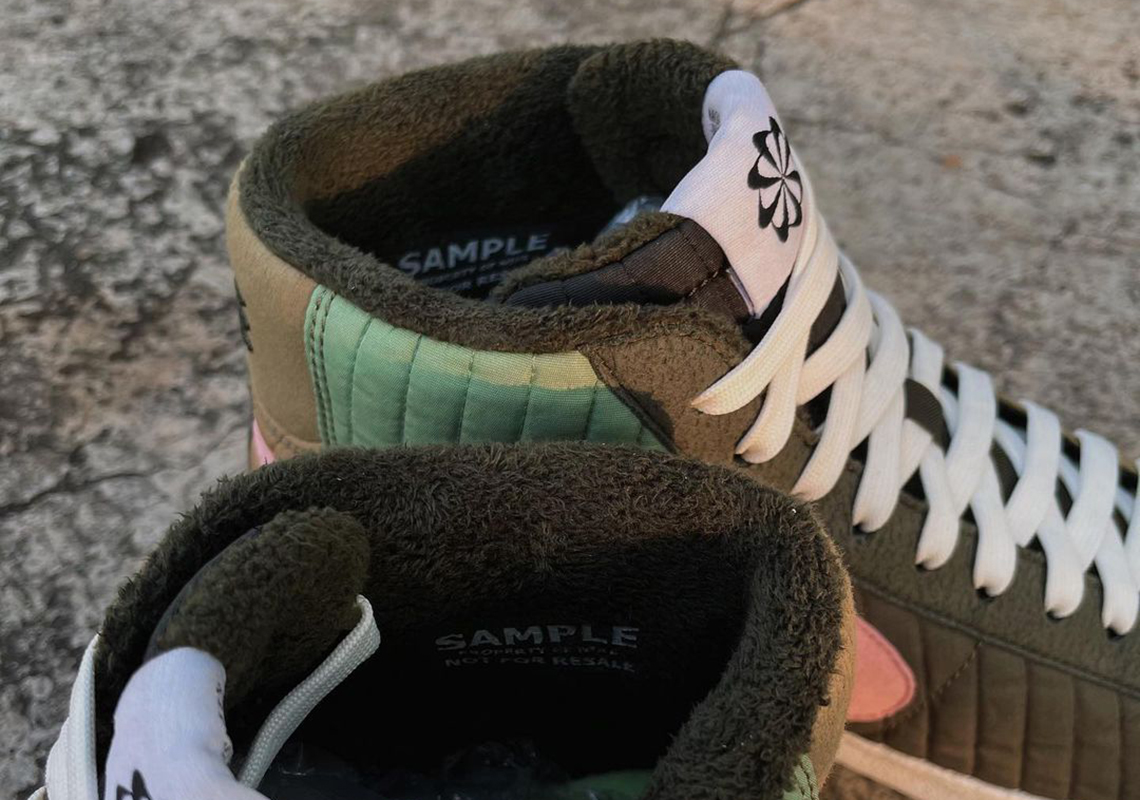