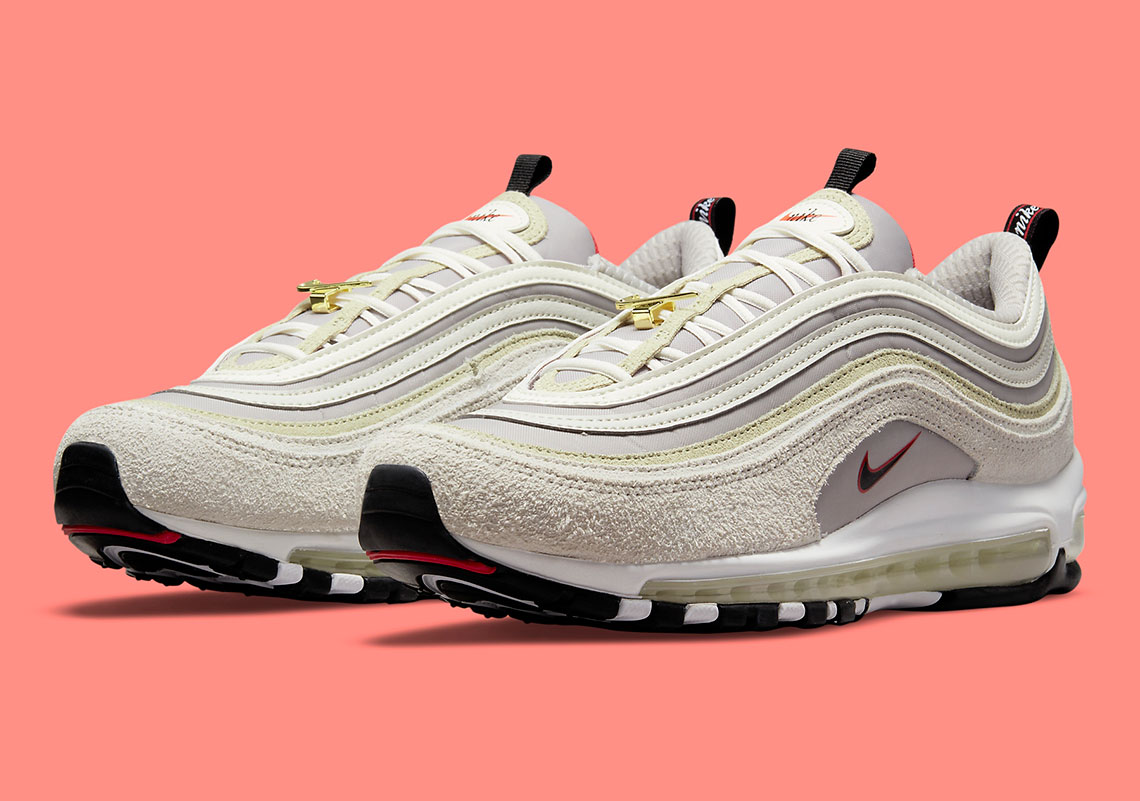 As we near the 50th anniversary of the ever-iconic Swoosh logo, Nike still has a handful of styles left to unveil for its commemorative “First Use” pack. Among these propositions is a suede Nike Air Max 97 that makes use of pops of red.

Soft greys and off-whites dominate the model for a sleek, neutral look. The lower half of the signature wavy overlays and details on the tongue ditch the usual mesh build for suede. To mark its placement within the “First Use” collection, the pack’s distinguishing “First Use June 18, 1971” text is subtly applied to the gap between the overlays and the midsole on the medial side. As for the lateral side, a black Swoosh with a red outline is used instead. Red further tints the textile makeup under the tongue, details on the heel tab loop, and parts of the outsole to add some brightness to the minimalist look. An off-white full-length Air unit and a gold Swoosh lace dubrae round out the celebratory style.

Check out official images of the Air Max 97 below, which will arrive at Nike.com in the near future.

For other Swoosh-related news, take a look at an upcoming neon green Nike Waffle One. 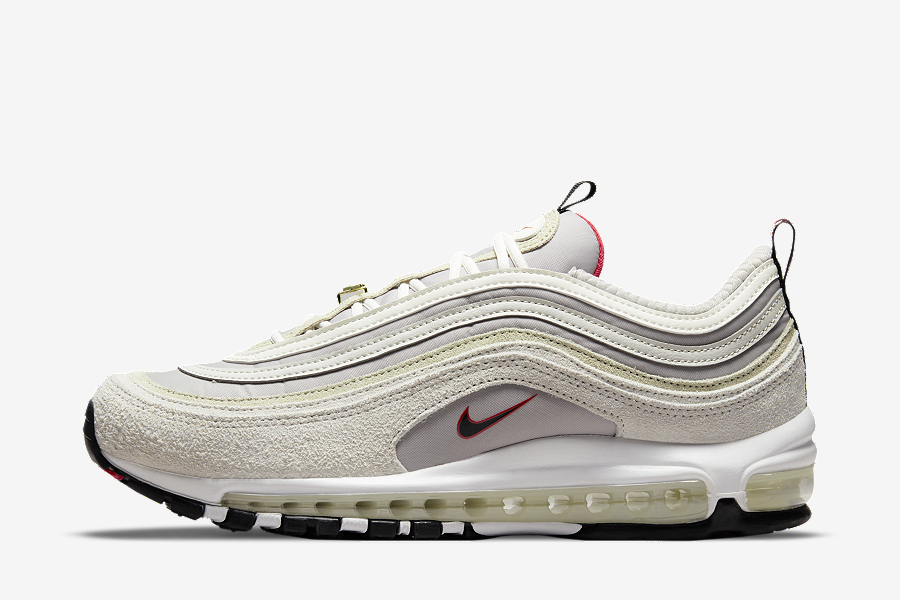 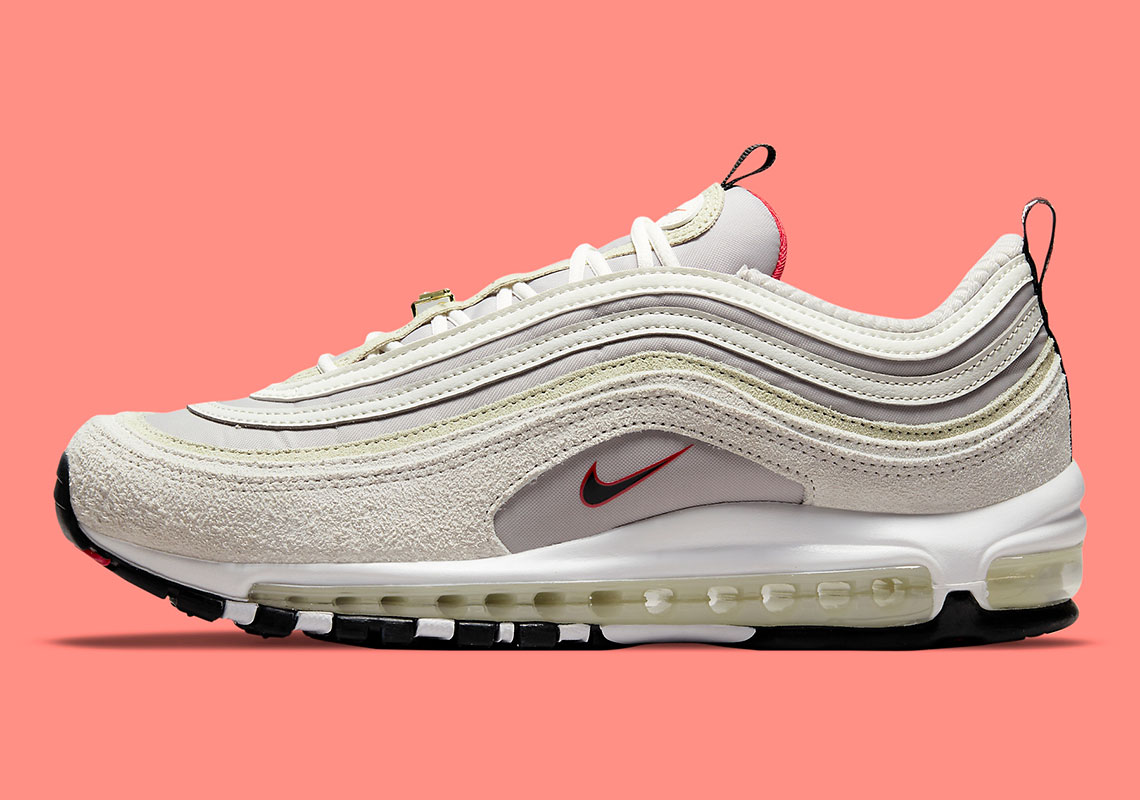 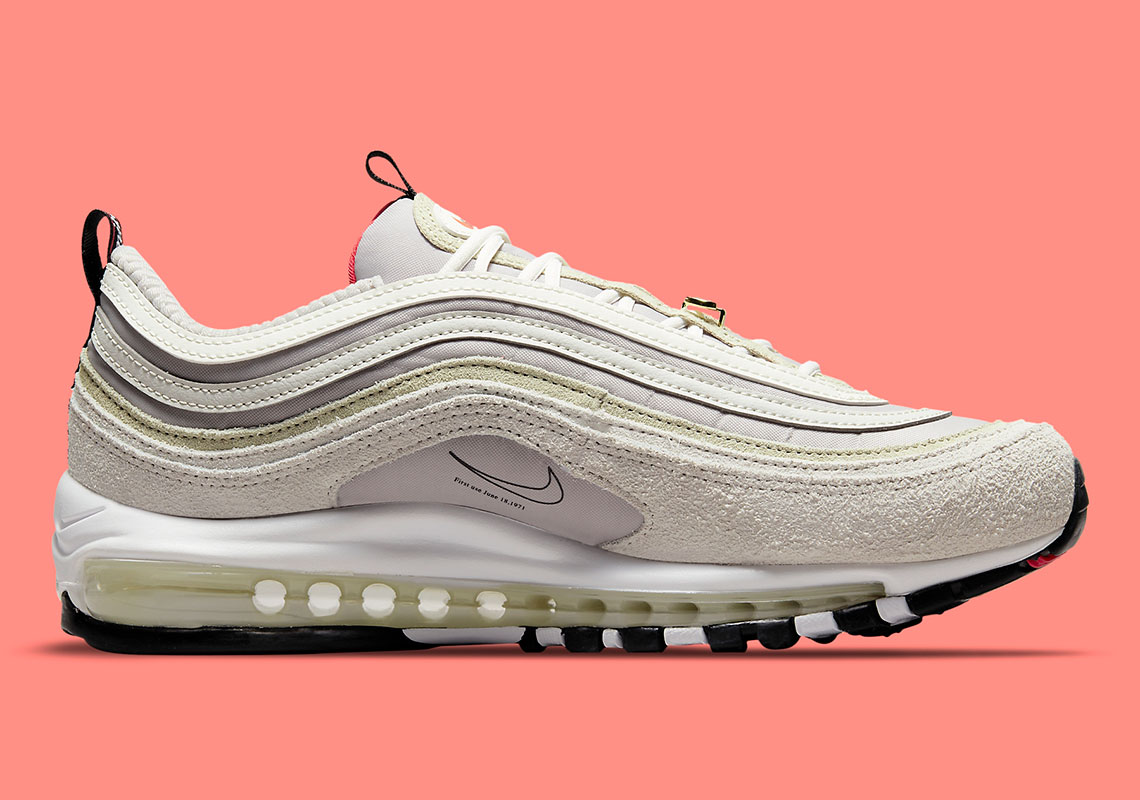 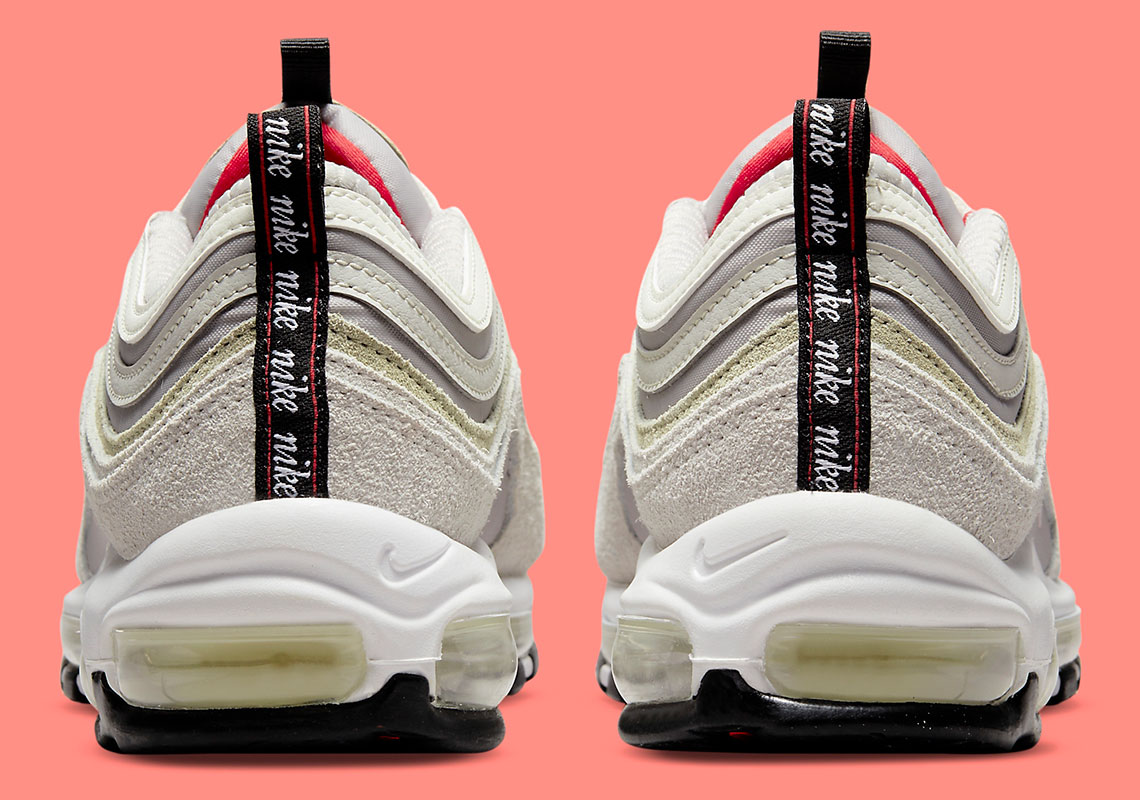 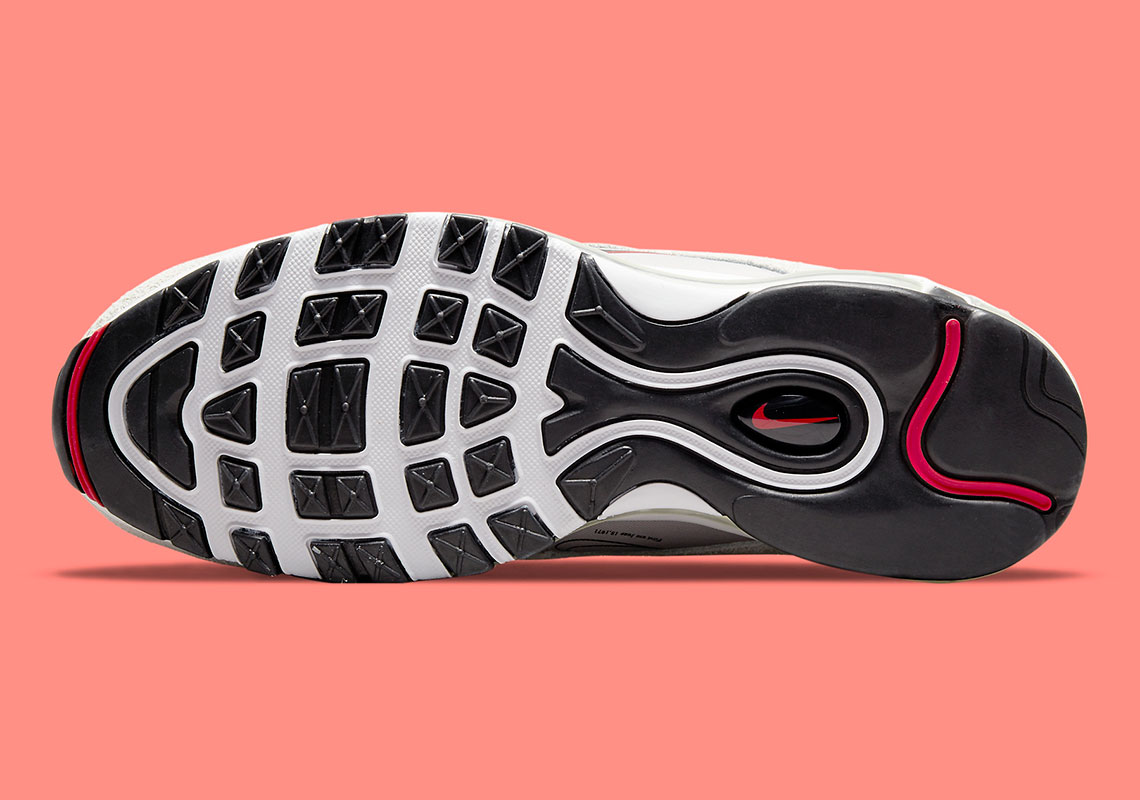 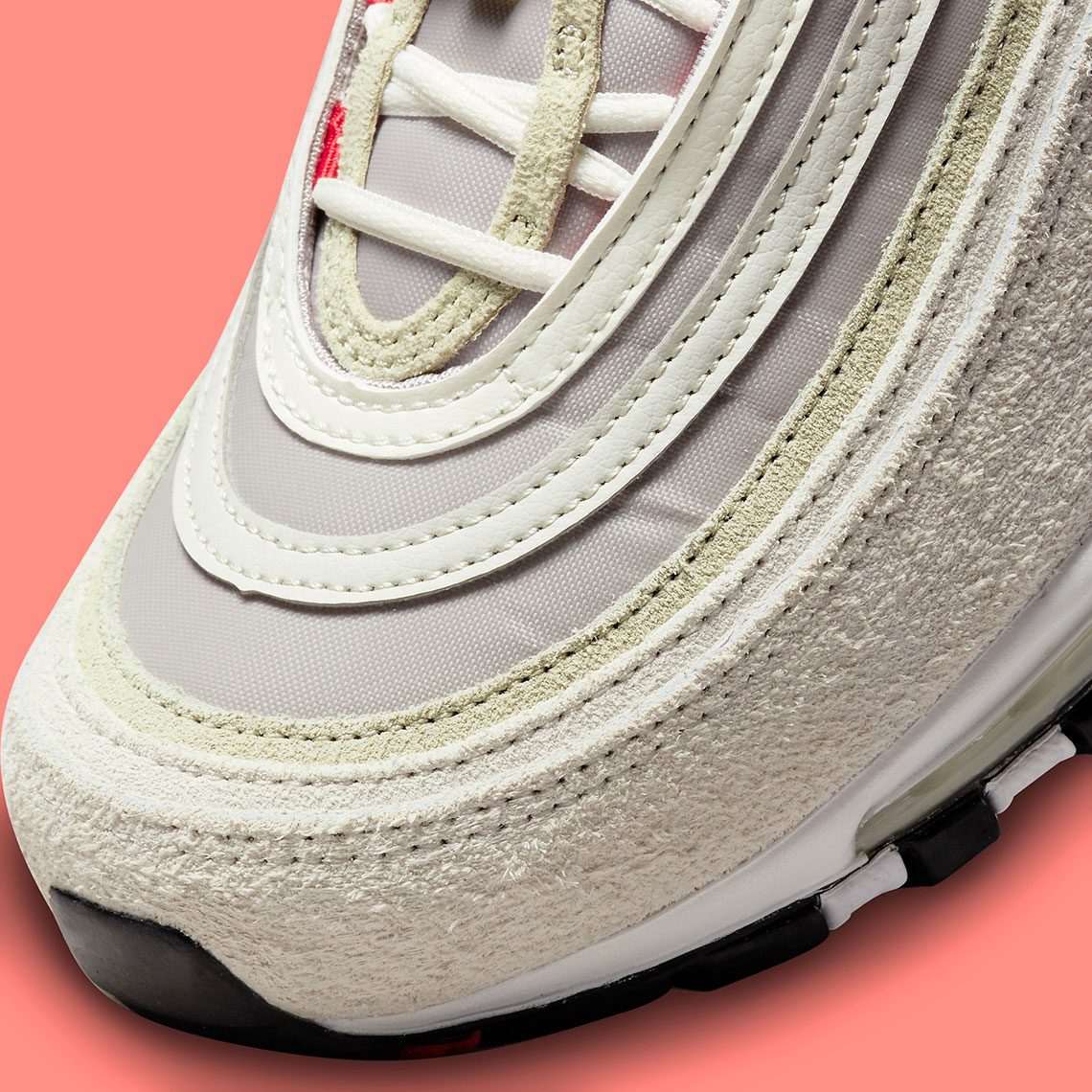 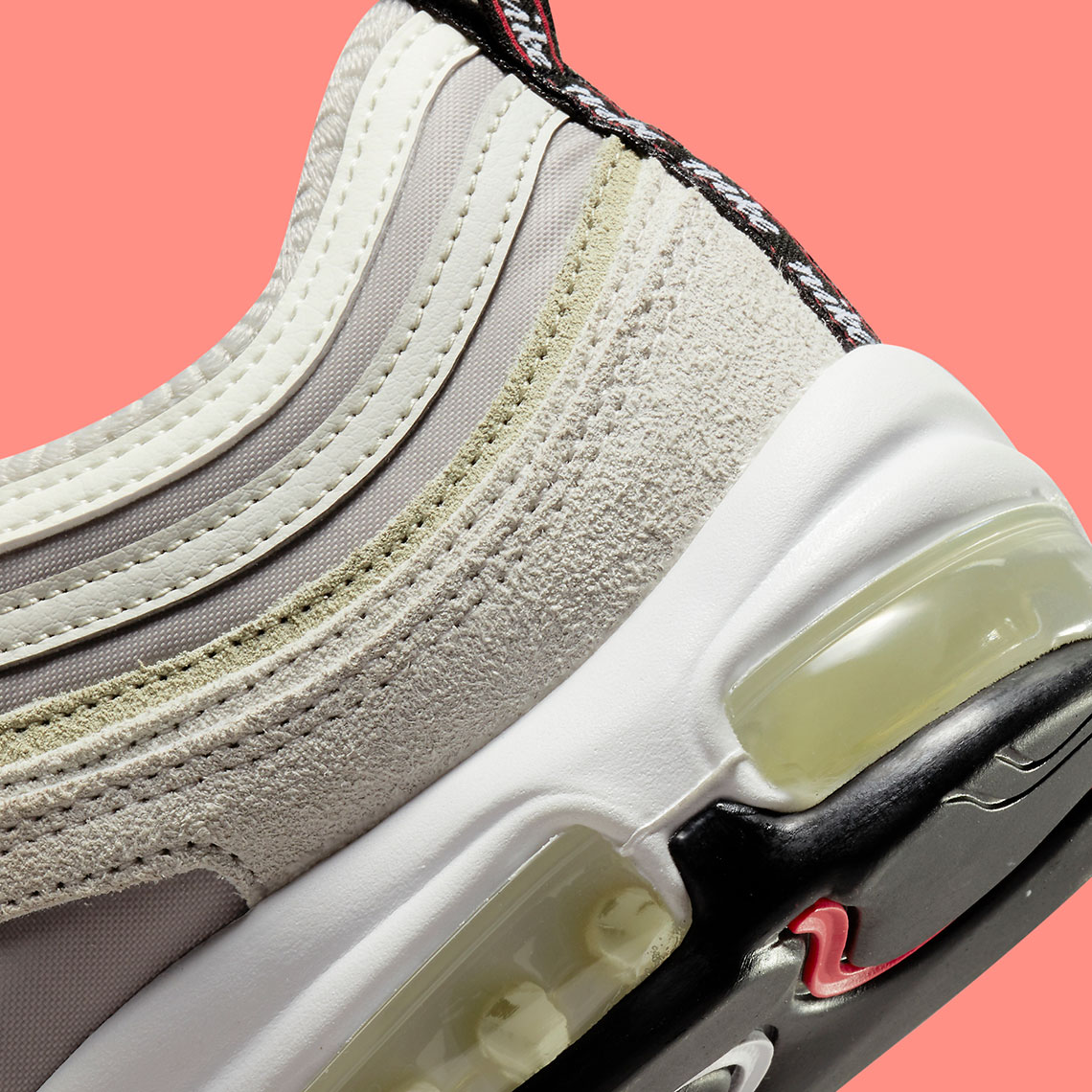