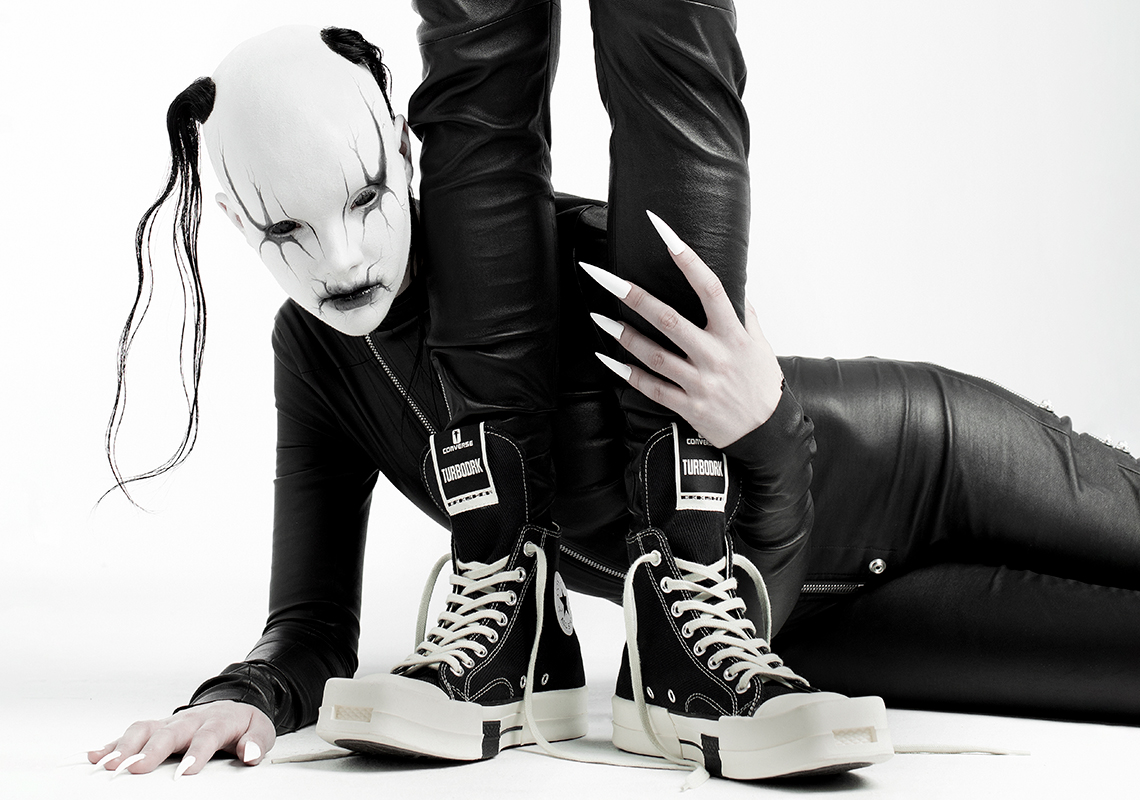 Rick Owens is very clearly an eclectic man, a trait that comes through in both his mainline collections as well as his retail spaces. It’s this energy that makes the designer so alluring, his footwear — like the Geobasket or the Ramones — an established cult icon among many fashion communities. In the past year, Owens has even taken his language to the halls of Dr. Martens, expanding his accessibility with their 1460 boot. The upcoming collaboration with Converse is spiritually no different, though the Chuck 70 TURBODRK is an even further diffusion of existing works.

The Ramones themselves are often ridiculed for their similarity to Converse, making the partnership — as surprising as it is — quite sensible. But the two didn’t just turn the Chuck 70 into its punk-inspired counterpart; instead, its warped to a more intense degree, contorted in various ways. For starters, the tooling subverts its usual rounded shape, squaring off along the cap toe. And above, while relatively ordinary through the profile, the tongue sees a similar treatment as it extends far passed it usual end point.

Rounded out with a quite large co-branded label and a platform sole, the Rick Owens x Converse Chuck 70 TURBODRK is slated to release globally on July 27th at Converse.com and RickOwens.eu. 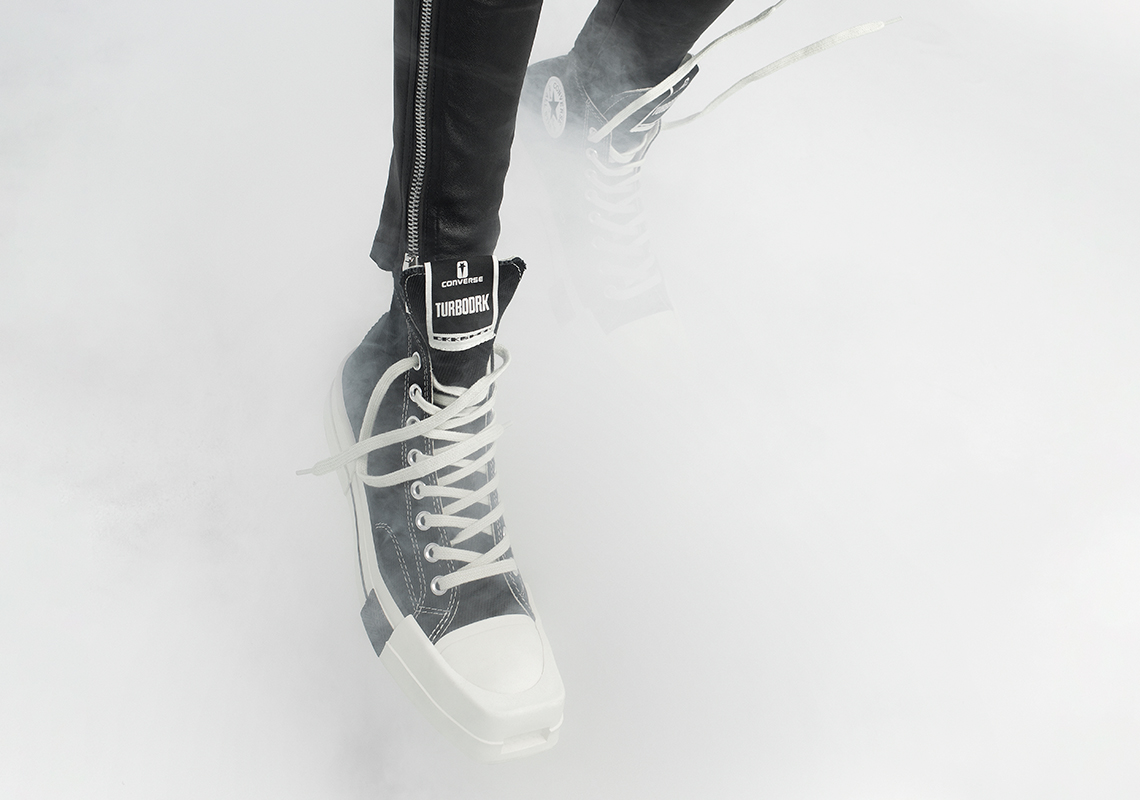 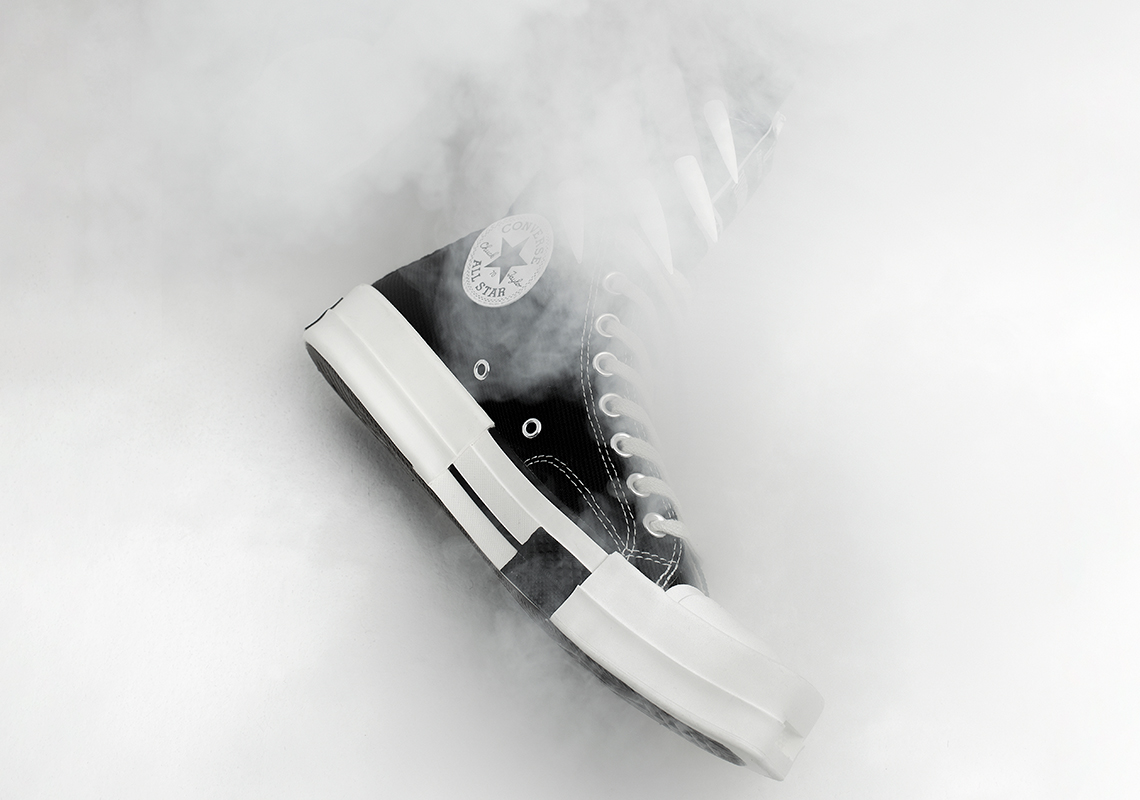 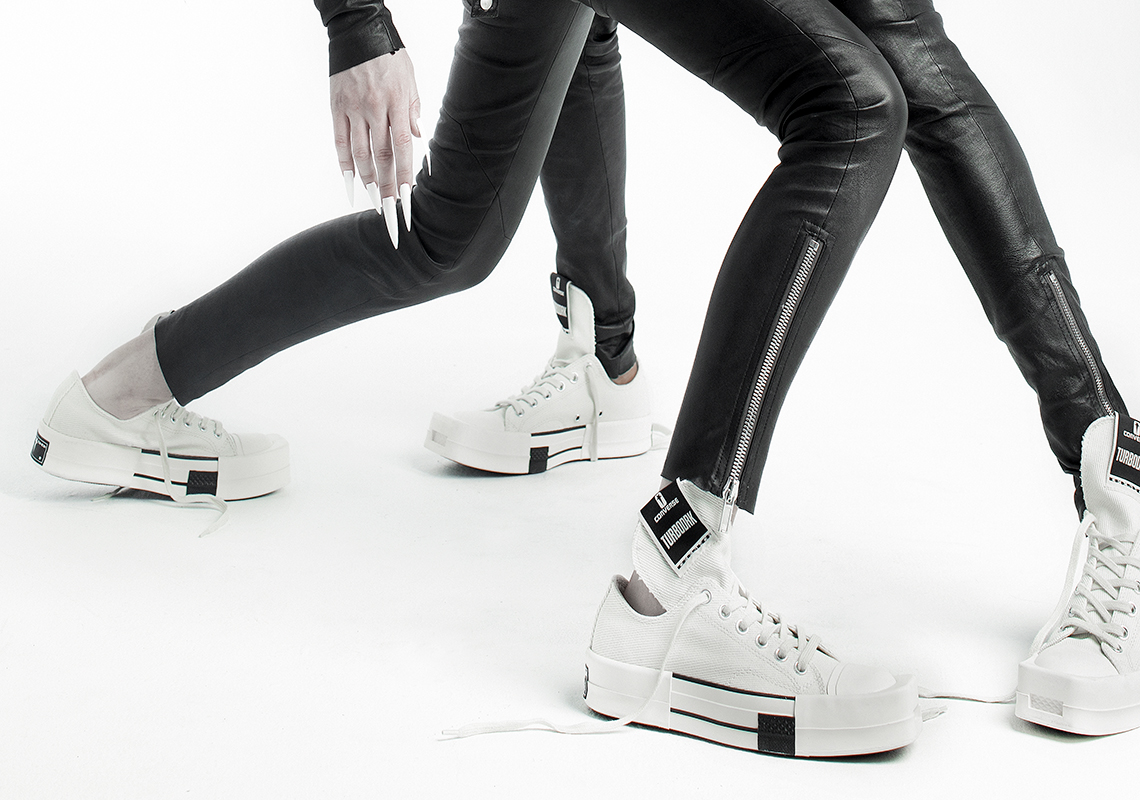 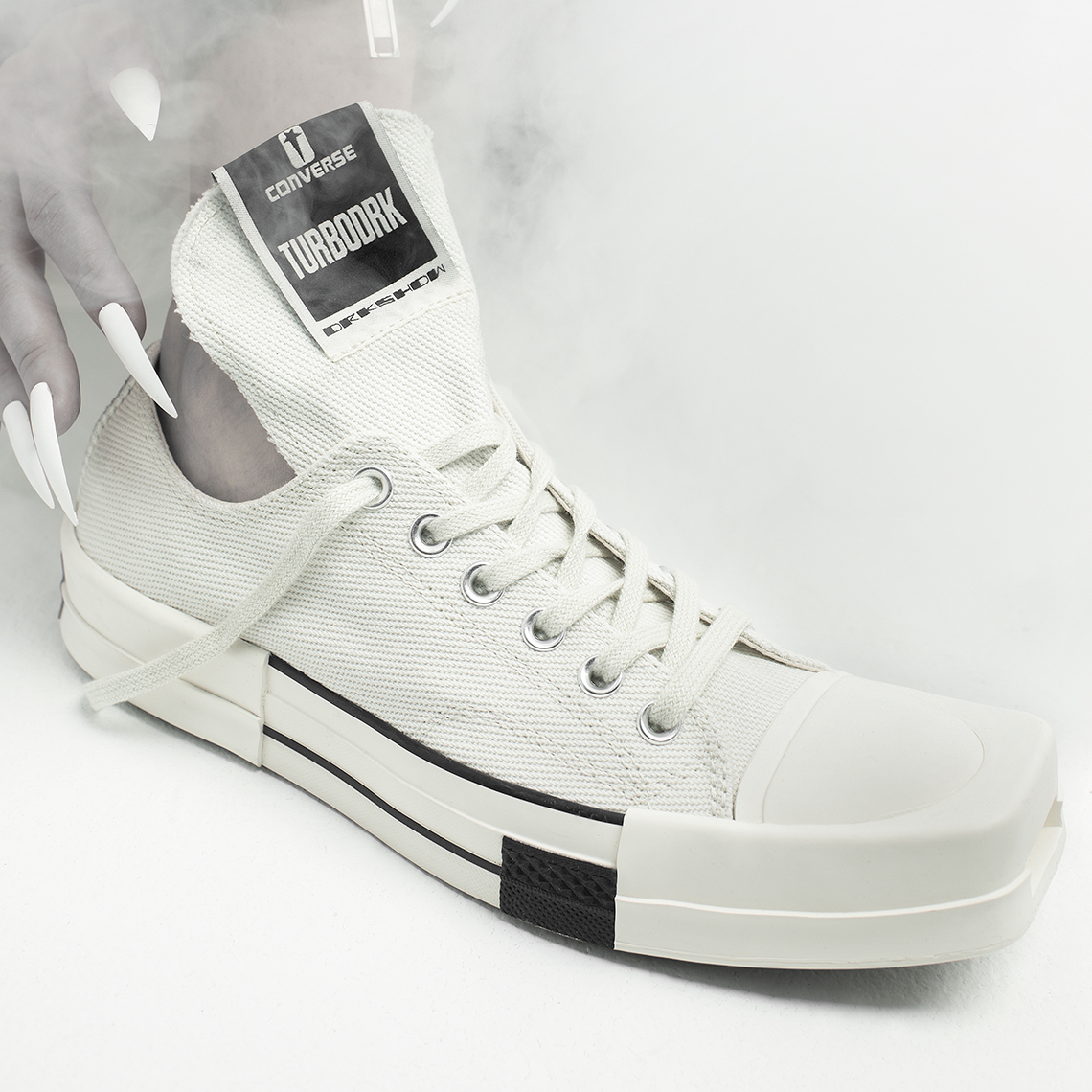