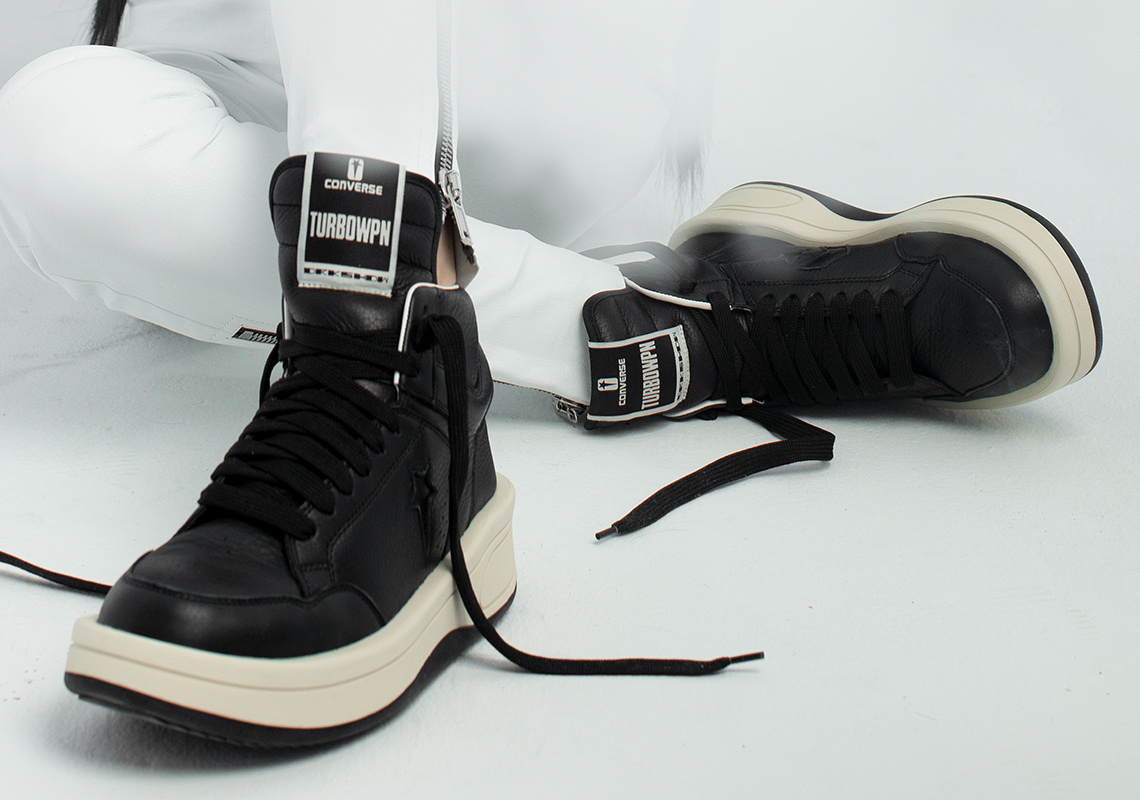 Rick Owens Transforms The Iconic Converse Weapon Into The TURBOWPN

Rick Owens wasn’t always into sneakers, the designer previously viewing them as “pedestrian, suburban banality.” But after some time, he begun thinking about how best to design them for himself, spawning creations that are oversized in masterful, meticulous ways. And it’s this energy that also inspires his current collaboration with Converse, a partnership that is soon to bring out its second release: the TURBOWPN.

Just as the Chuck is to the Ramones, the TURBOWPN is to the Geobasket. Though already an intense shoe on its own, the Weapon — which arrives almost unfamiliar to itself — is twisted and contorted in a number of ways. The proportions, for starters, are intentionally unbalanced, its upper sleek when compared to the oversized tooling just underfoot. And while its platform may be bold, the construction is rather simple in its palette, proffering an all-black look that’s only embellished with elongated tongues, modified star logo, and an enlarged co-branded tongue label.

For a quick look at what to expect, see the campaign imagery below. A release is slated to hit Converse.com, RickOwens.eu, and select retailers on August 31st.

In other news, have you seen the Juun.J Omni Pump Zone II? 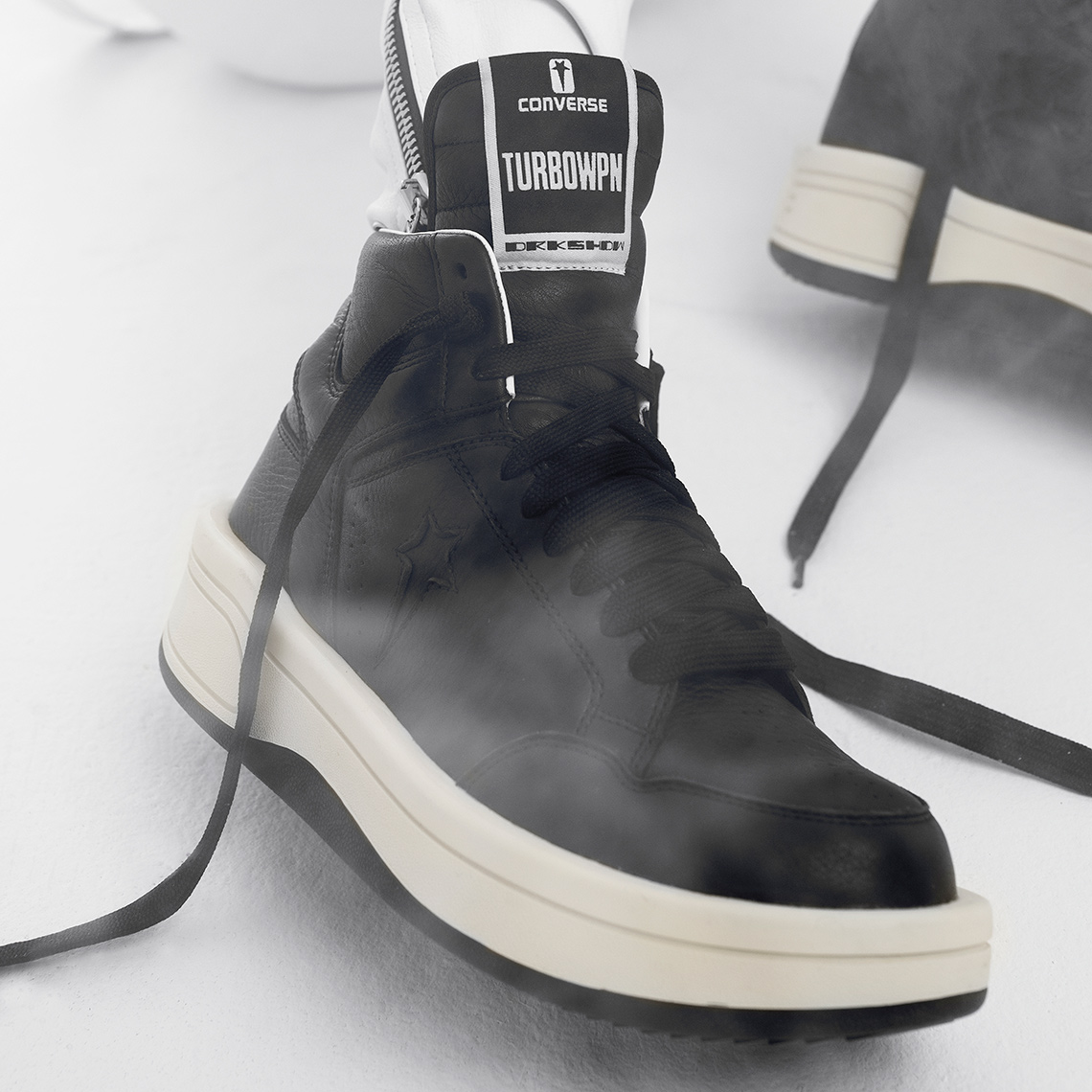