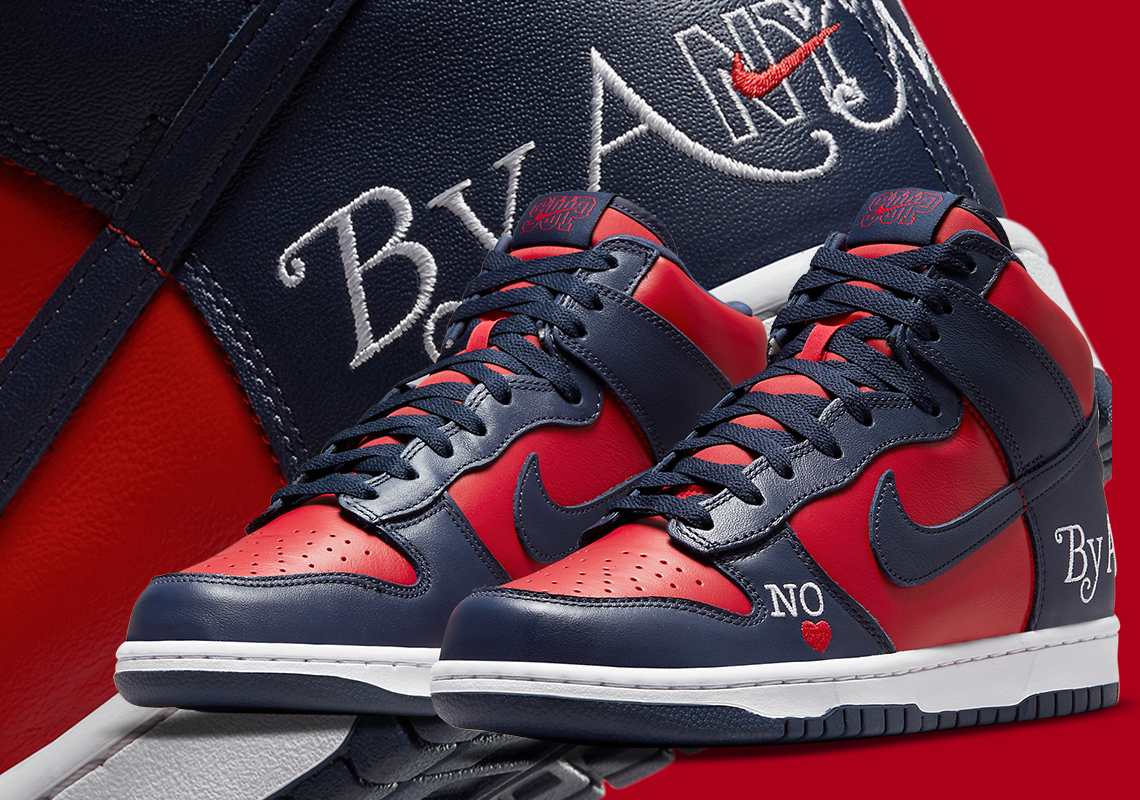 With their latest collaboration, Supreme and Nike SB are returning to the Dunk High, dressing it up as symbol of the streetwear brand’s attitude. And as we inch closer and closer to the capsule’s upcoming release, more and more official images are boiling to the surface. Here, we take a look at the navy and red colorway, which was leaked in-hand only a few months ago.

Besides the swap in palette, the pair dons all of the same features as its peers. Embroideries reminiscent of New York souvenirs dress both the forefoot and counter, spelling out “No” and “By Any Means,” respectively. Alongside, hearts and Nike’s NY-themed logo embellish alongside, adding more flair to a two-toned base made up primarily of the aforementioned blue and red. What’s more, Supreme logos dress throughout the collar, insole, and the removable hang tag.

Enjoy a detailed look via the official images below. A release is still TBD, but it shouldn’t be long before we see an official announcement on SupremeNewYork.com. 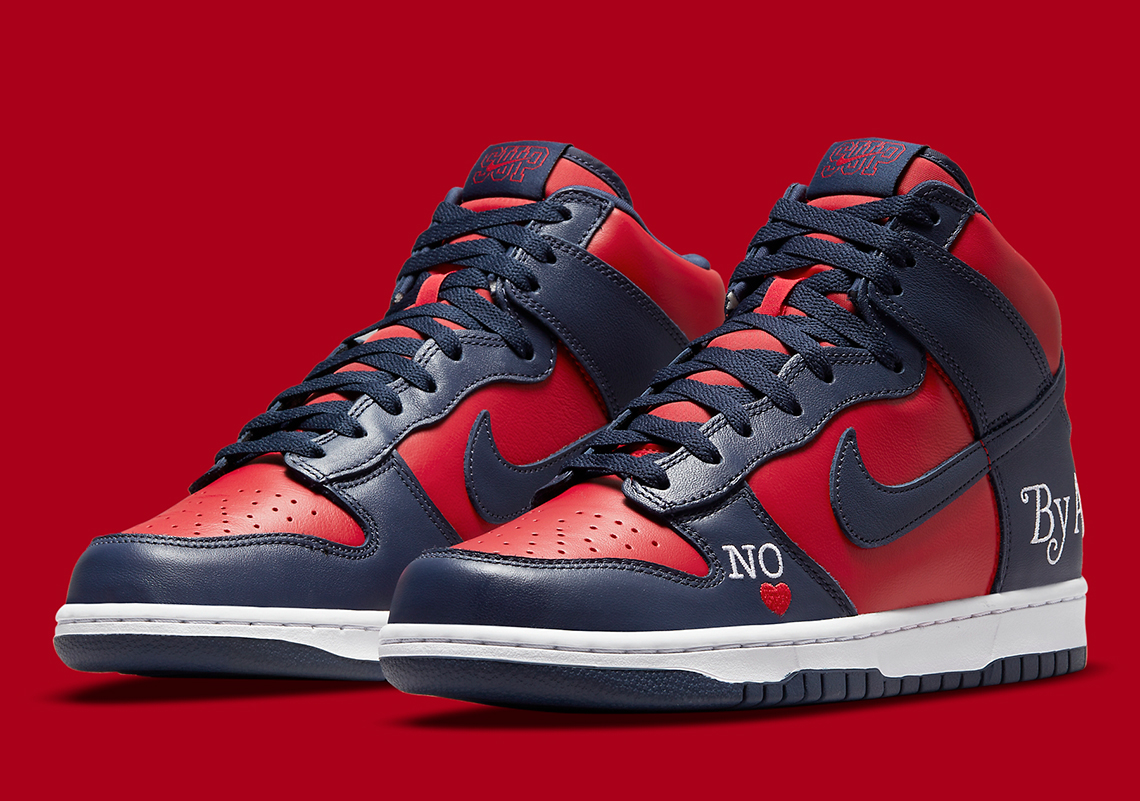 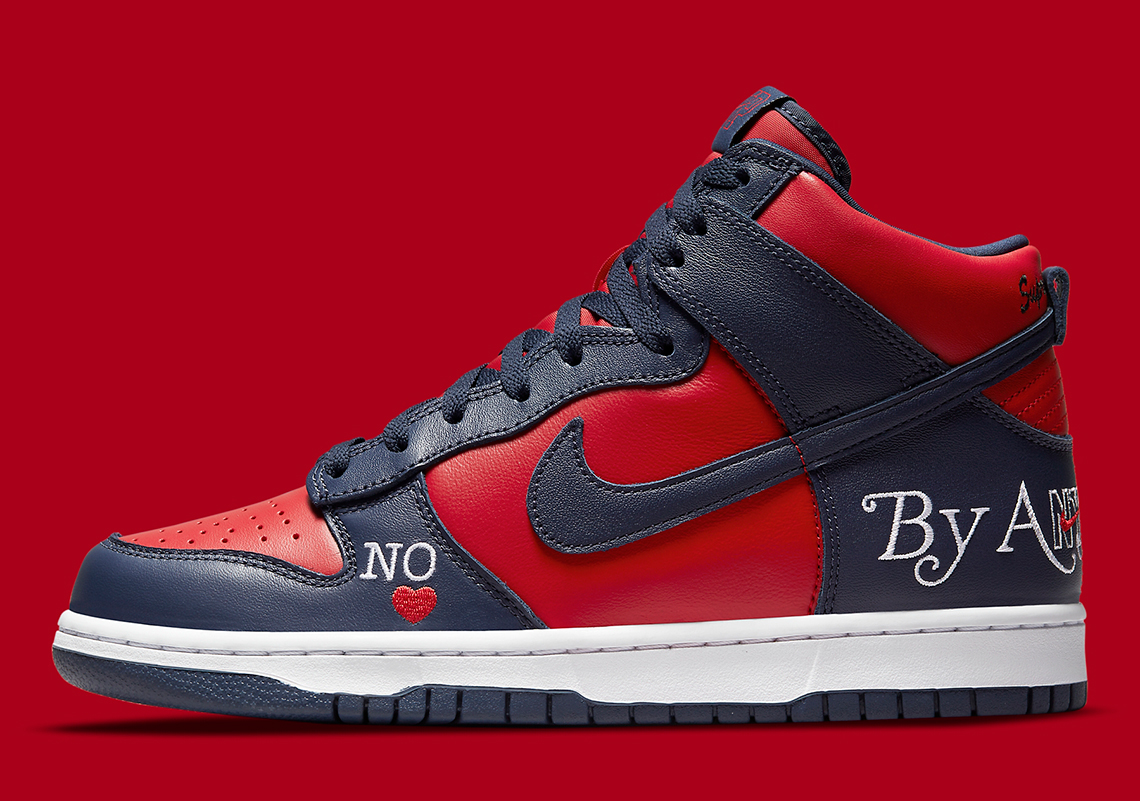 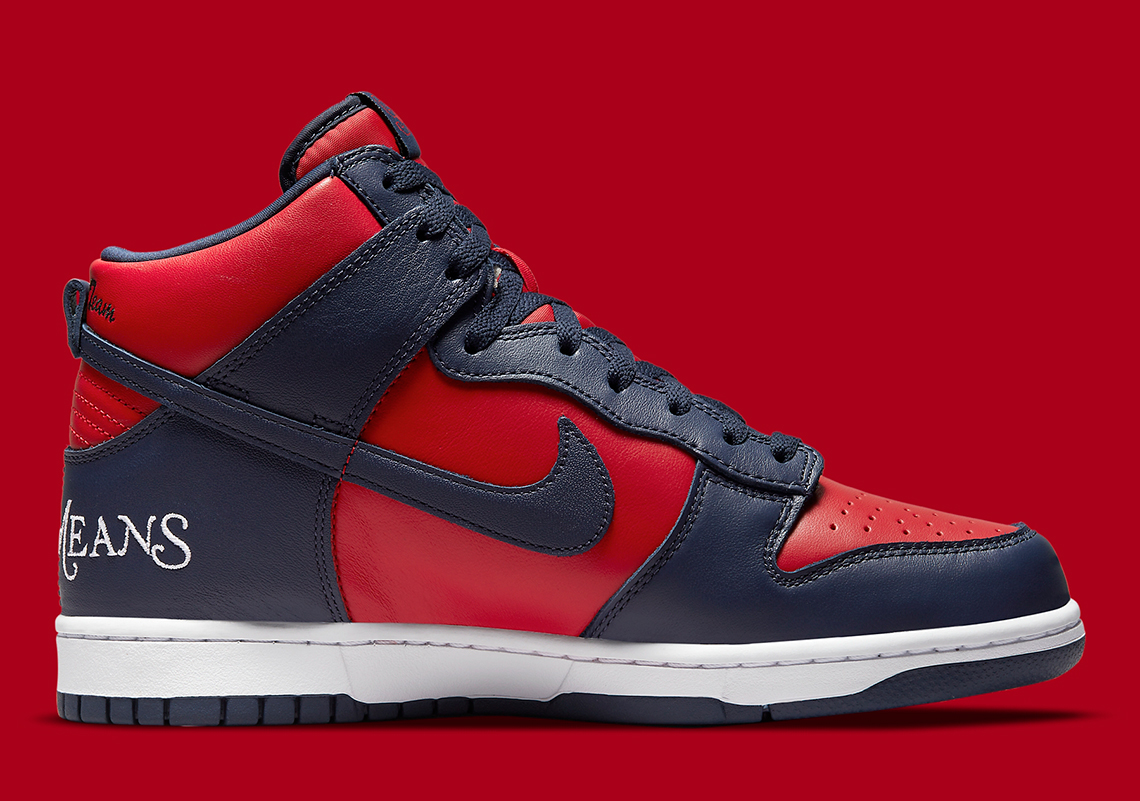 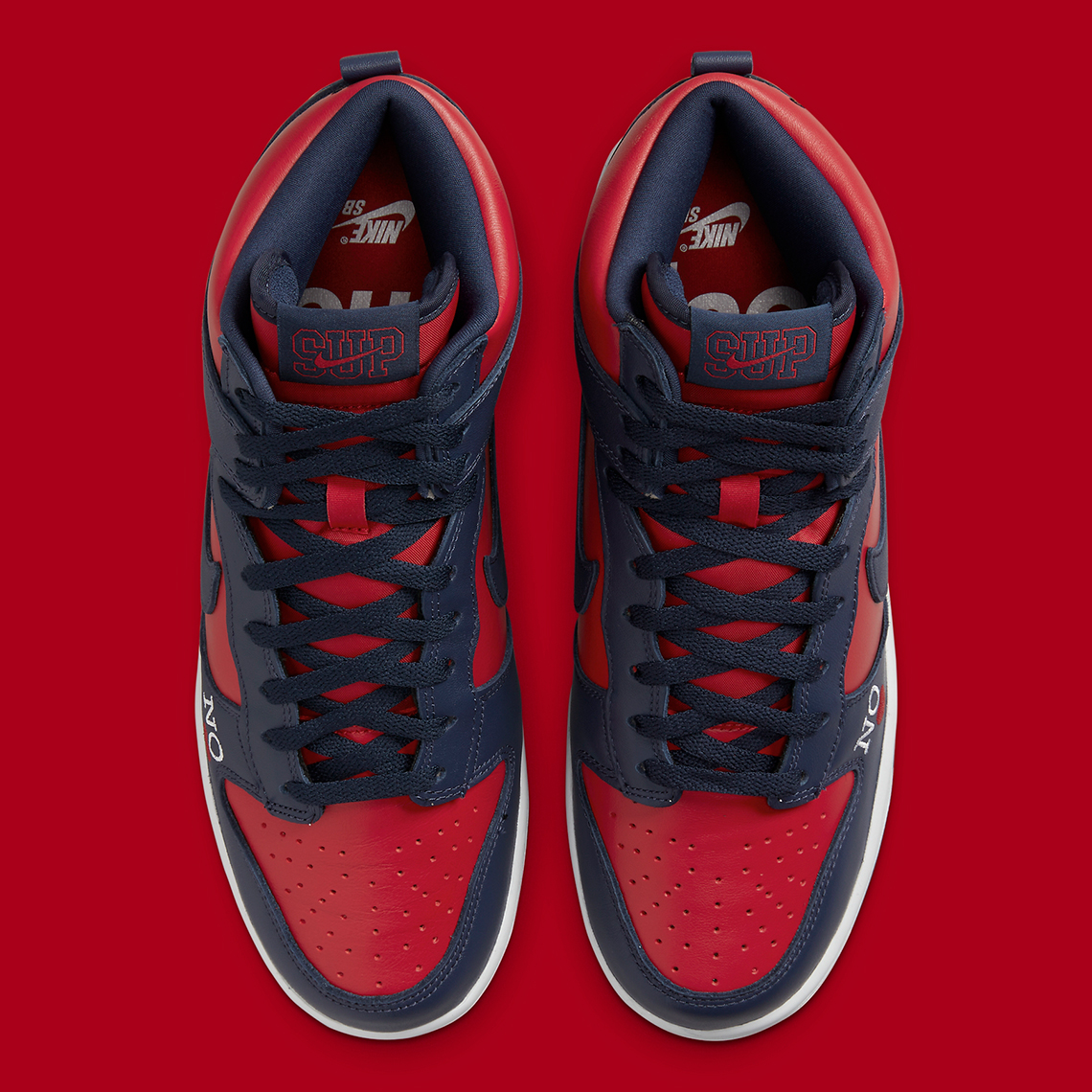 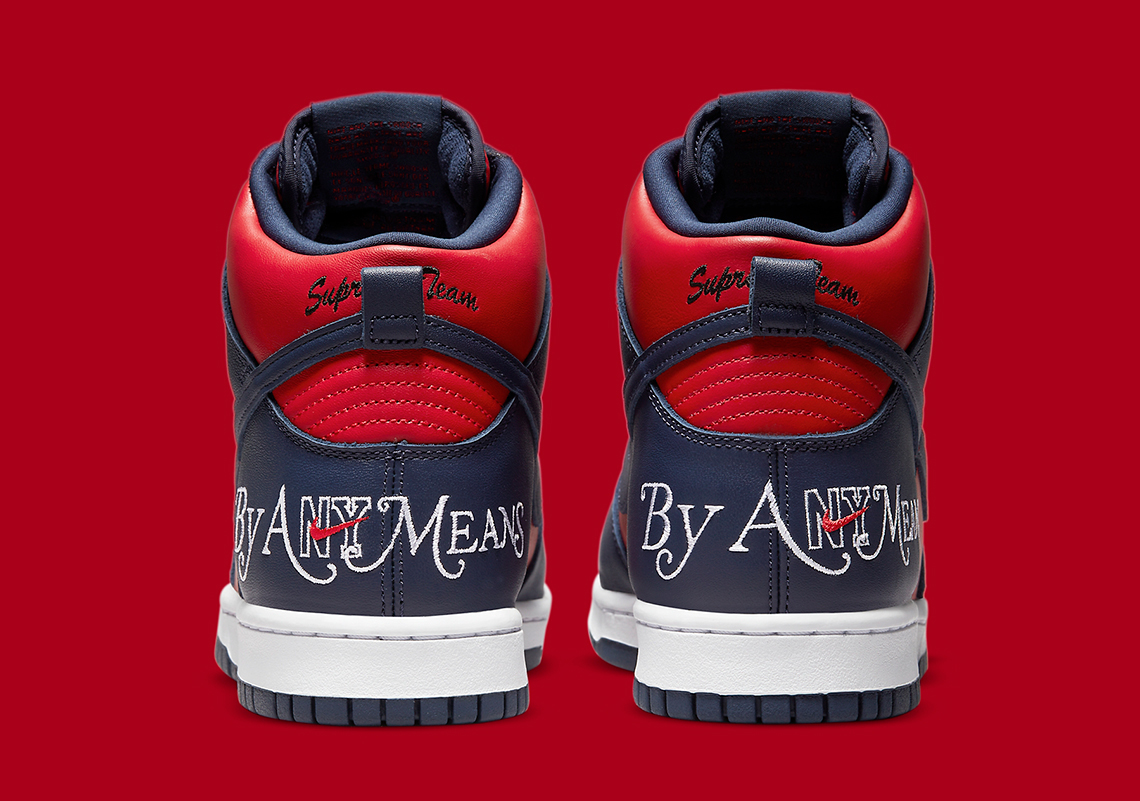 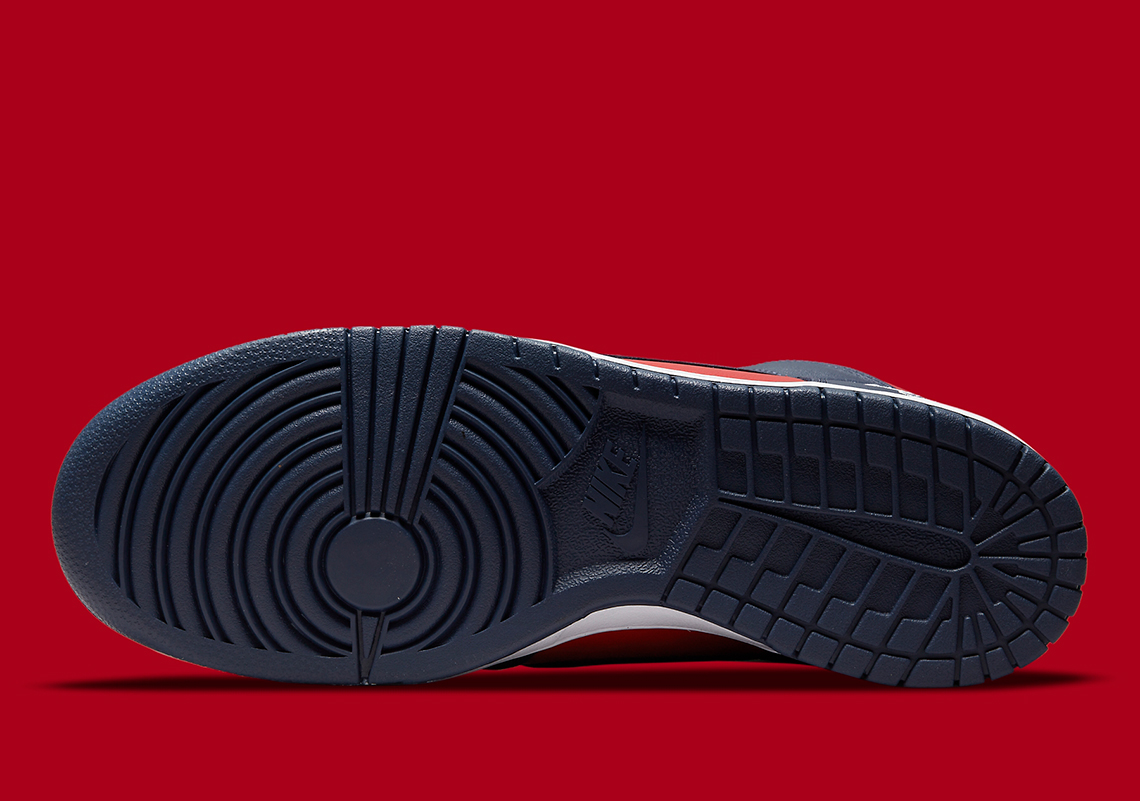 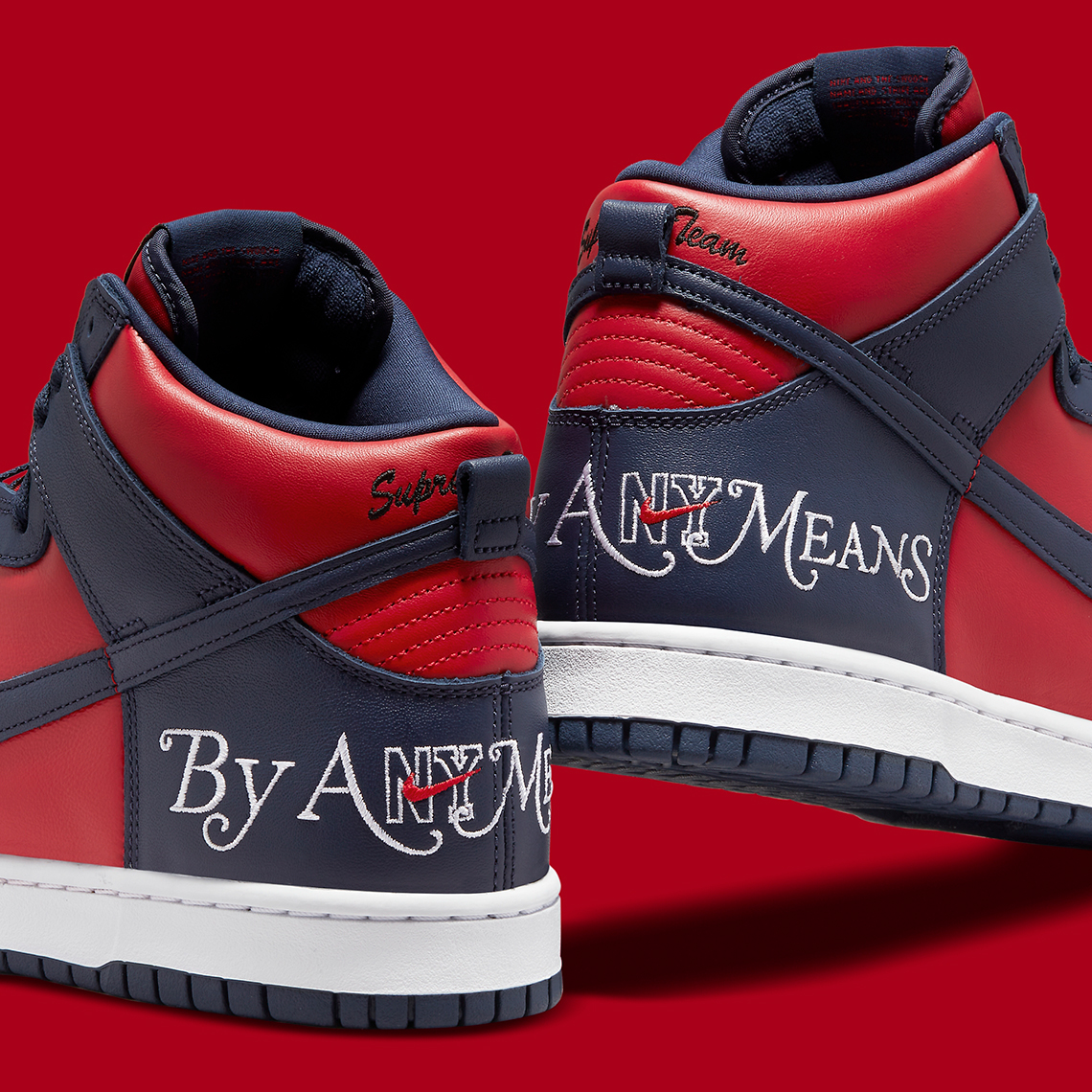 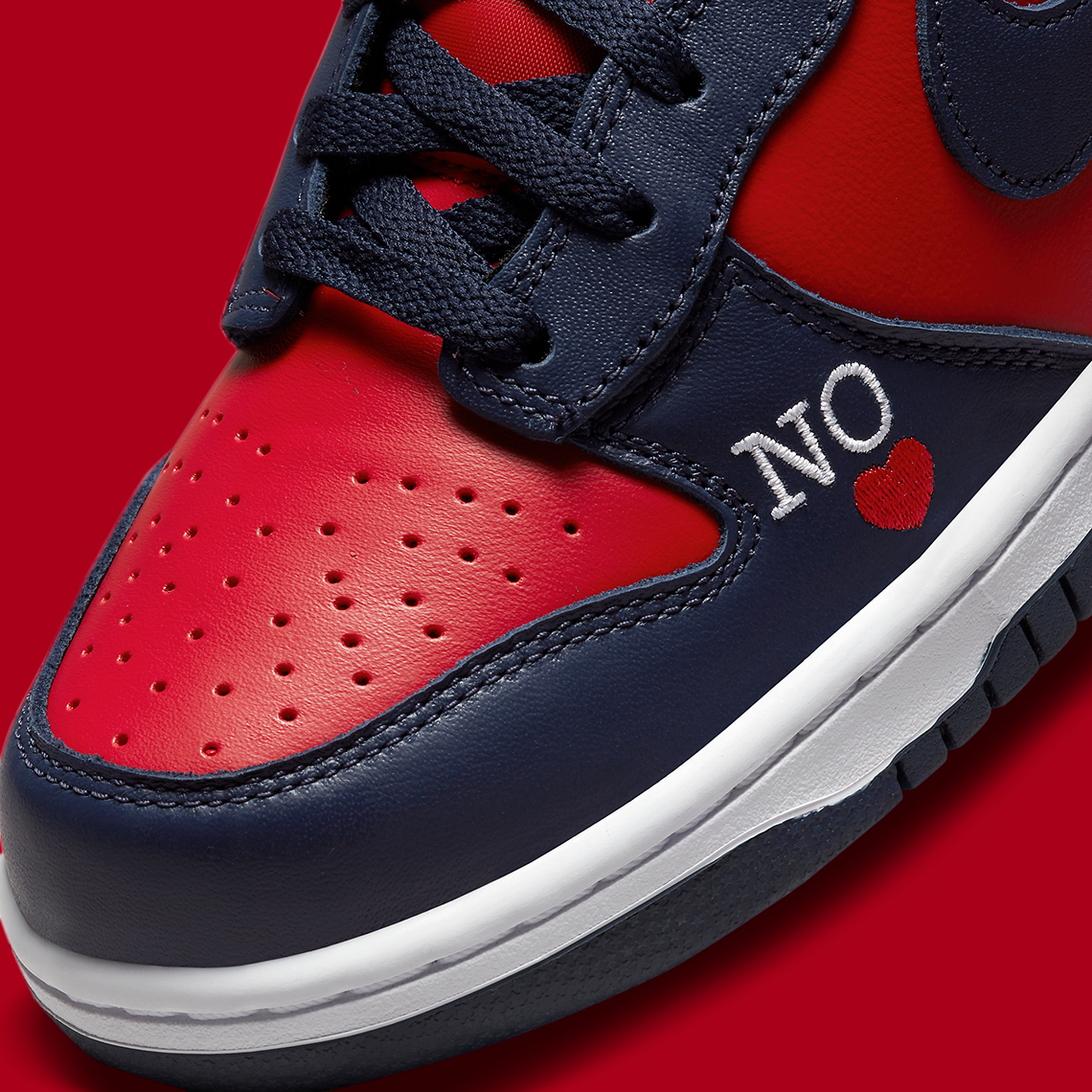 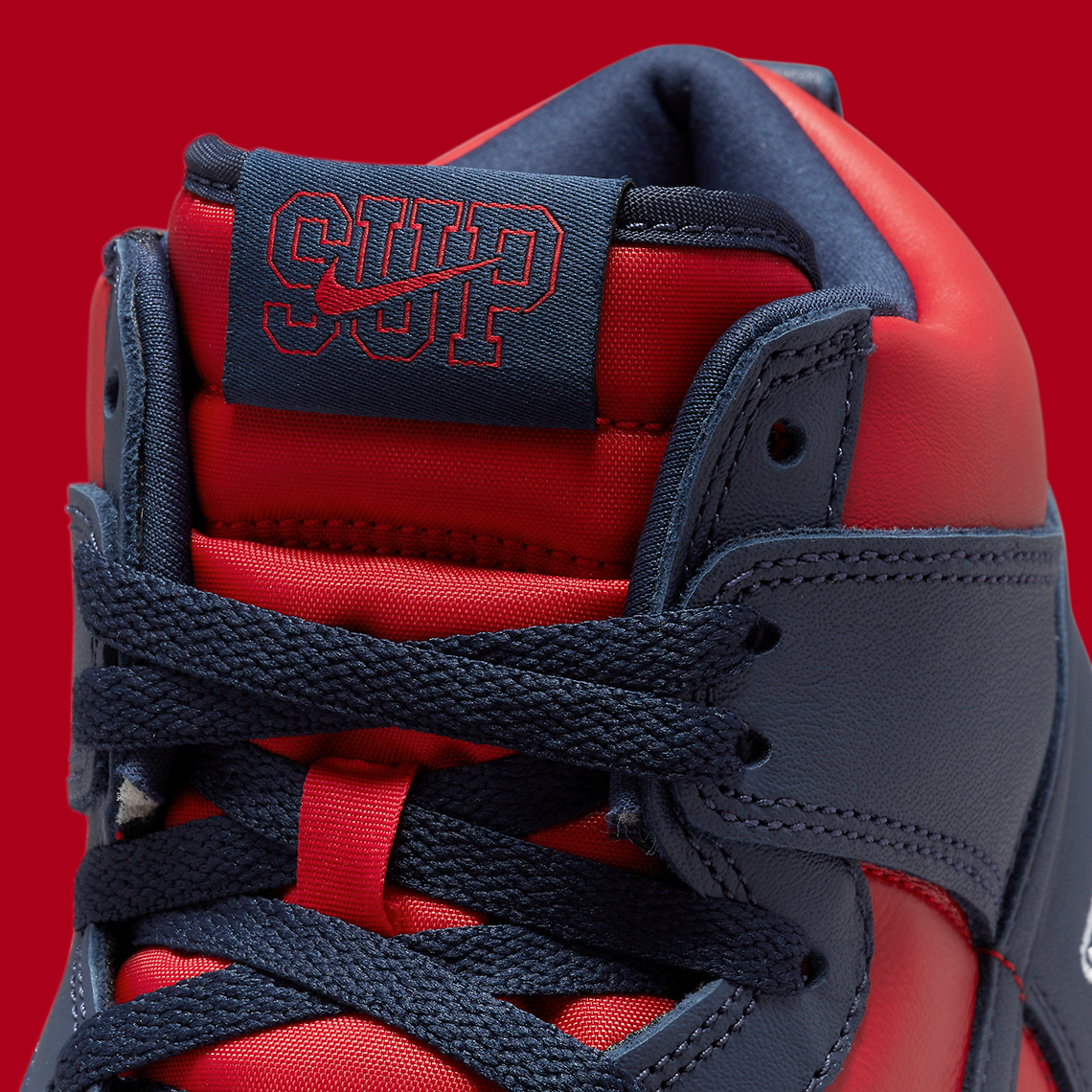 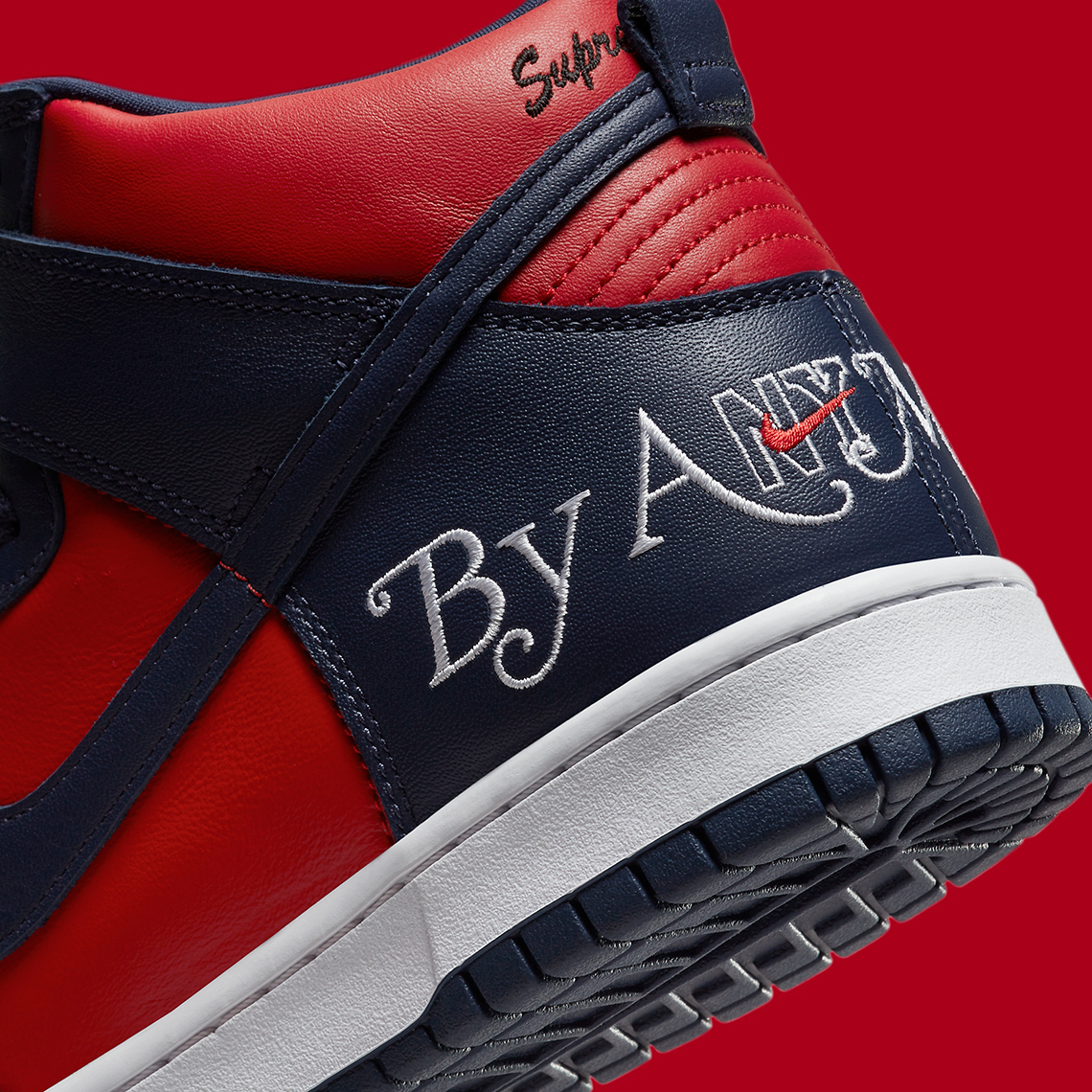 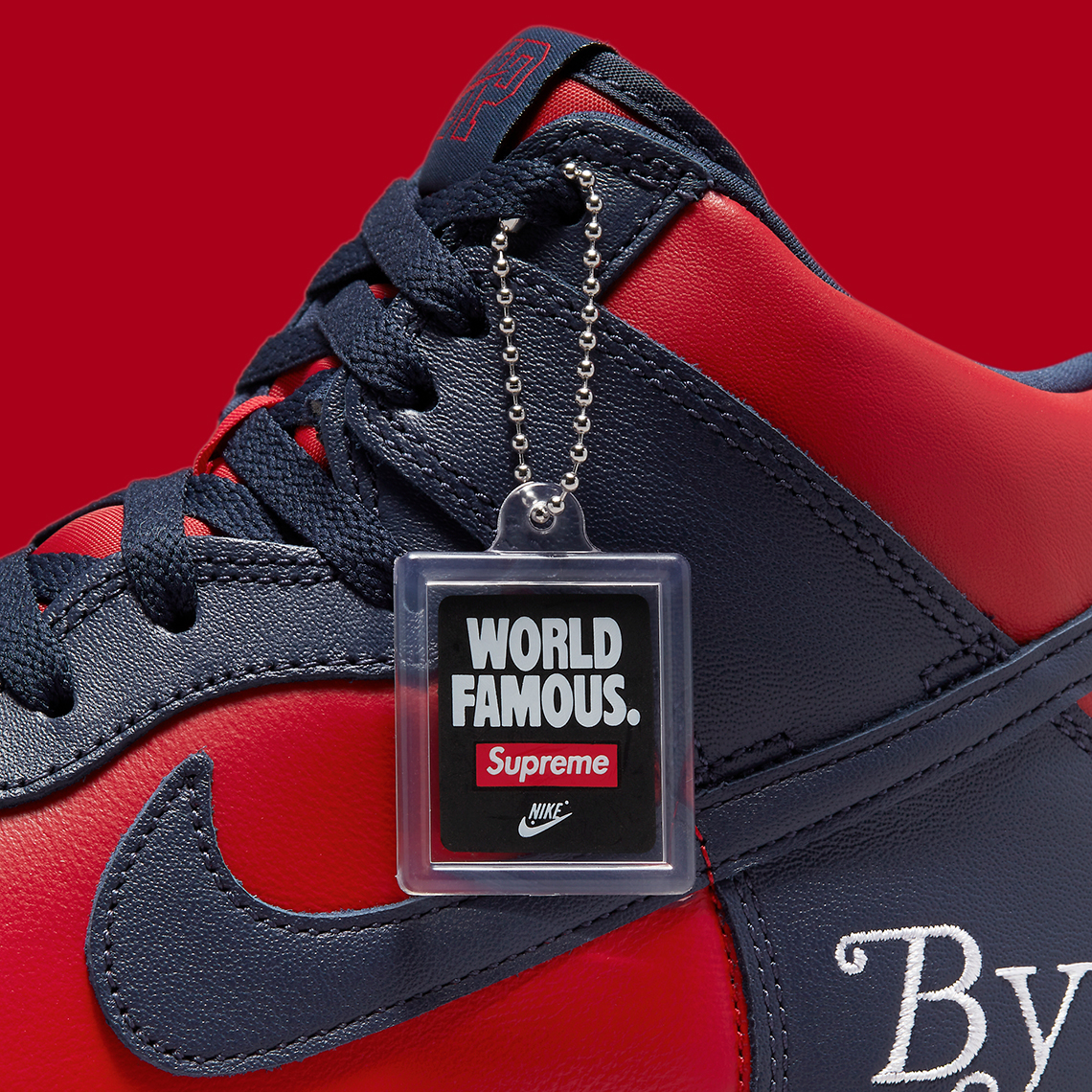 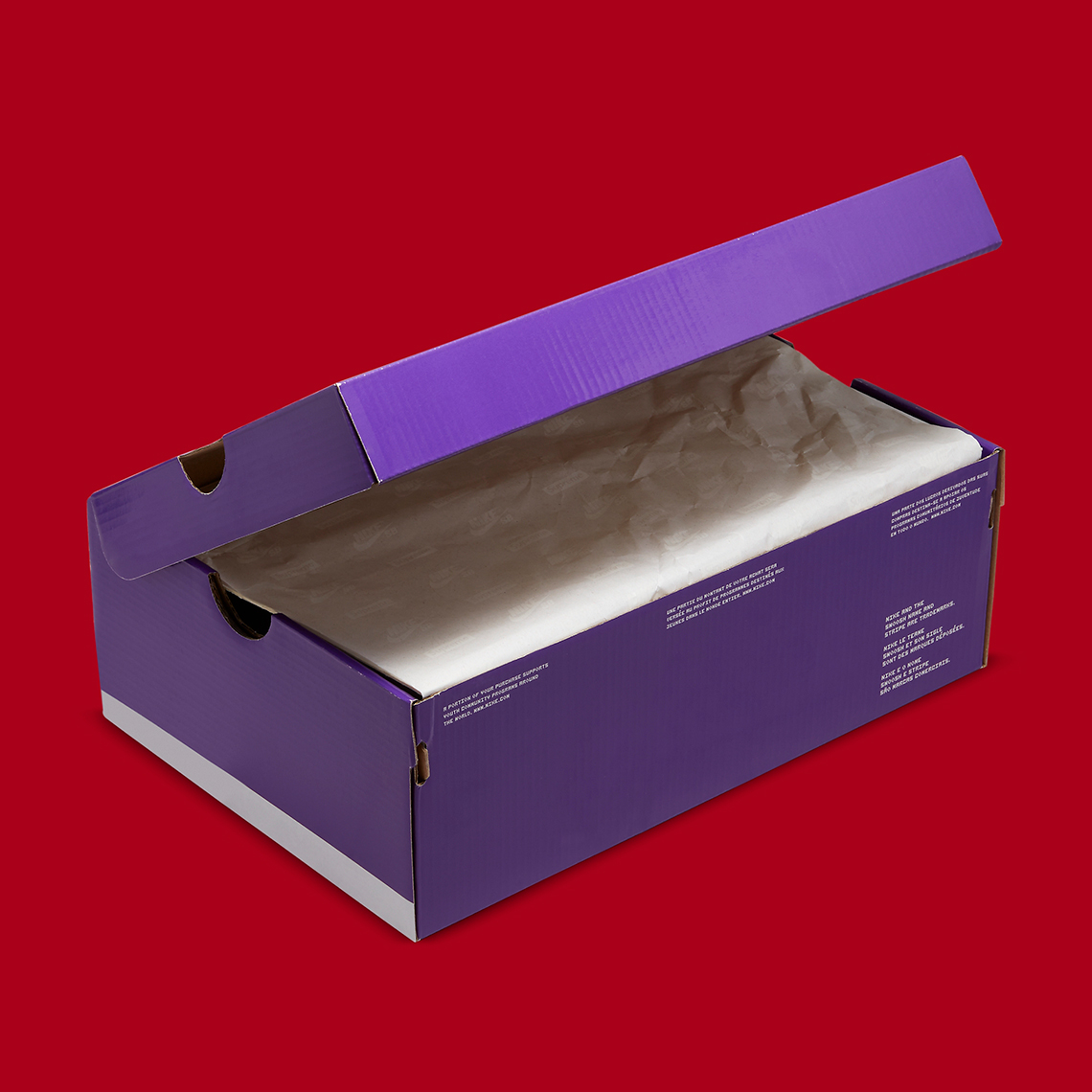 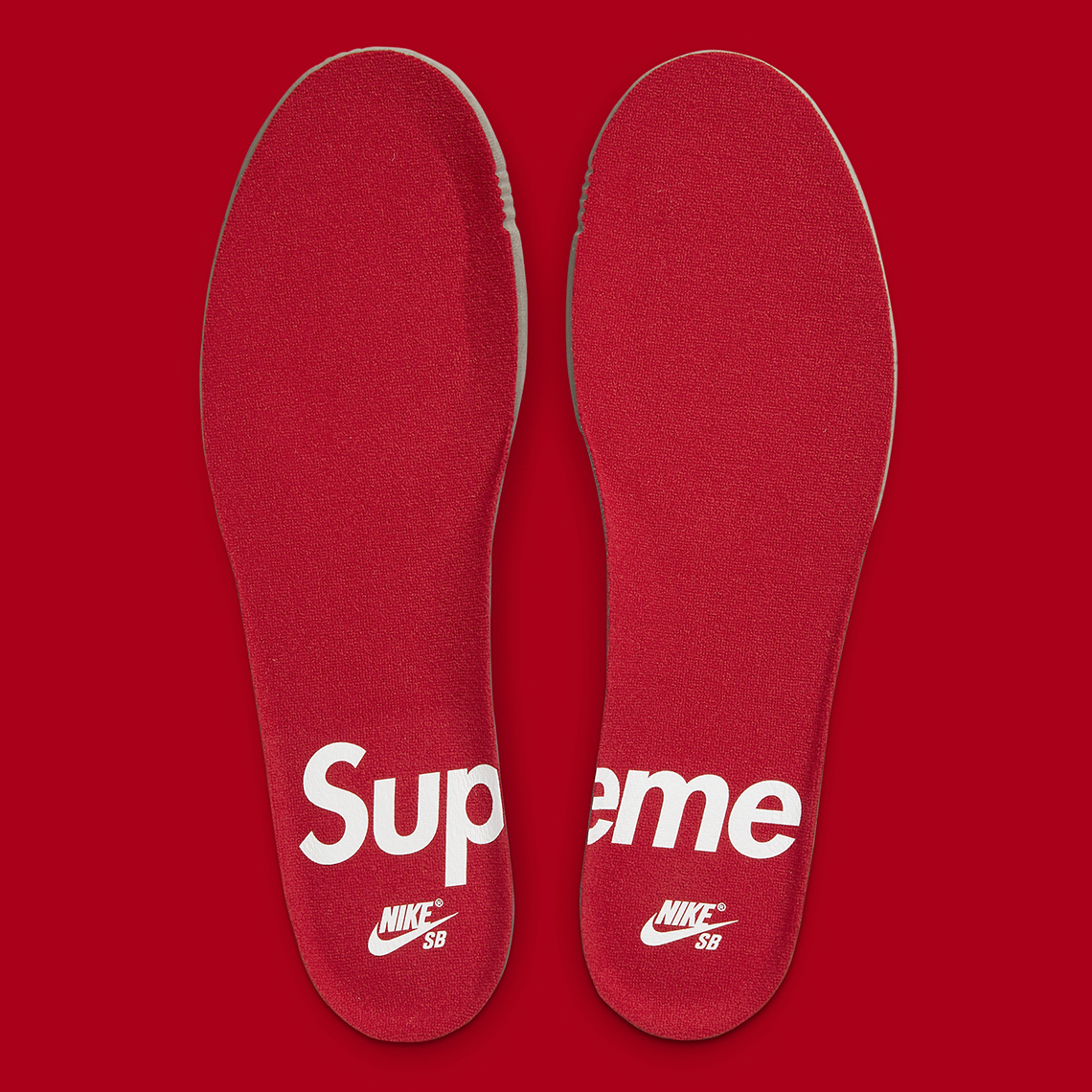