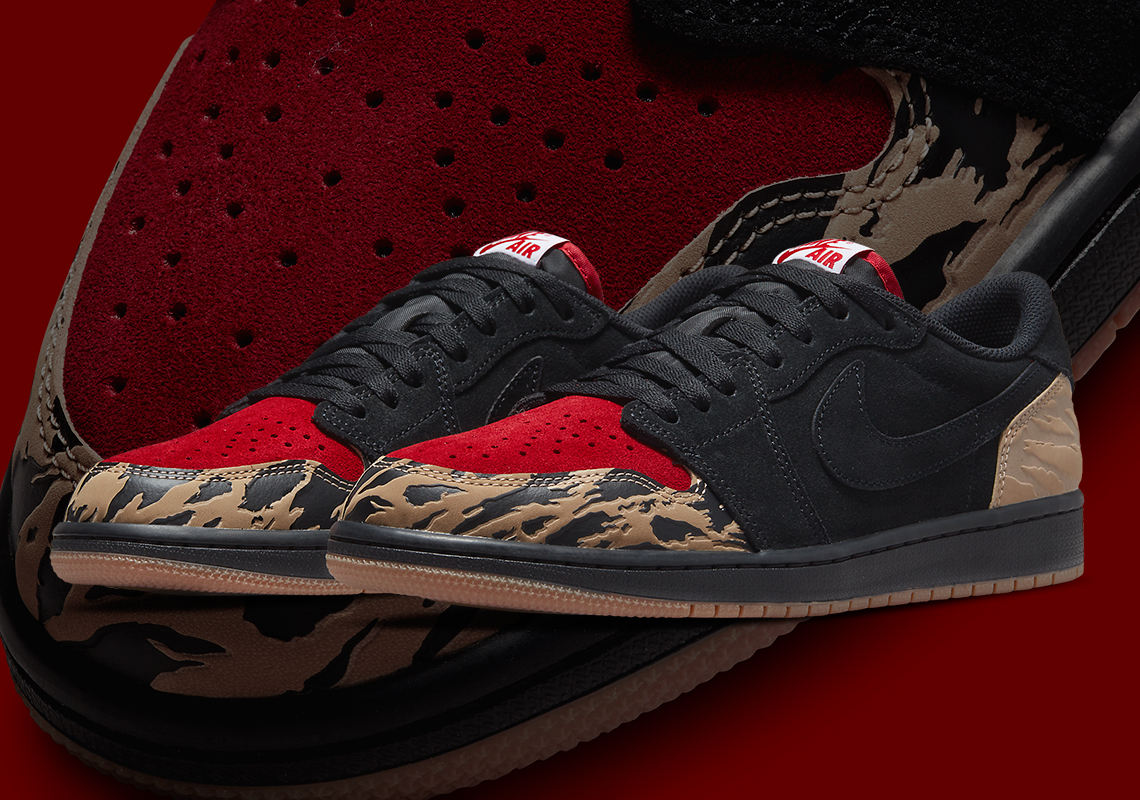 First debuting on the feet of Travis Scott, the SoleFly x Air Jordan 1 Low OG resurfaces once again in the form of brand official images. In this latest gallery of images, we get a closer look at all the detailing that went behind the design, which clearly relies on a tiger-camo throughout the shoe. Seen on the toe-box is the pattern, applied in a dimensional matter that sees the brown exterior layer raised above the black interior. The heel opts for a tonal look, matching the hues while keeping the same debossed finish. The insoles, curiously enough, repeats the pattern with a different material treatment via a spongy cork. The remainder of the shoe’s design consists of a classic black/red mix in suede. The toebox features the daring hue, while the quarter, heel, and lace collar is flooded in black.

The SoleFly logo makes its appearance via an embroidered emblem on the left heel, appearing once more on the transparent casing around the shoebox. The box itself mimics the design of the sneakers as it features the same red/black pairing with the torn tiger-camo look on the base.

A release for the SoleFly Jordan 1 Low is currently expected before the end of the year, so stay tuned for updates and see the full images ahead. 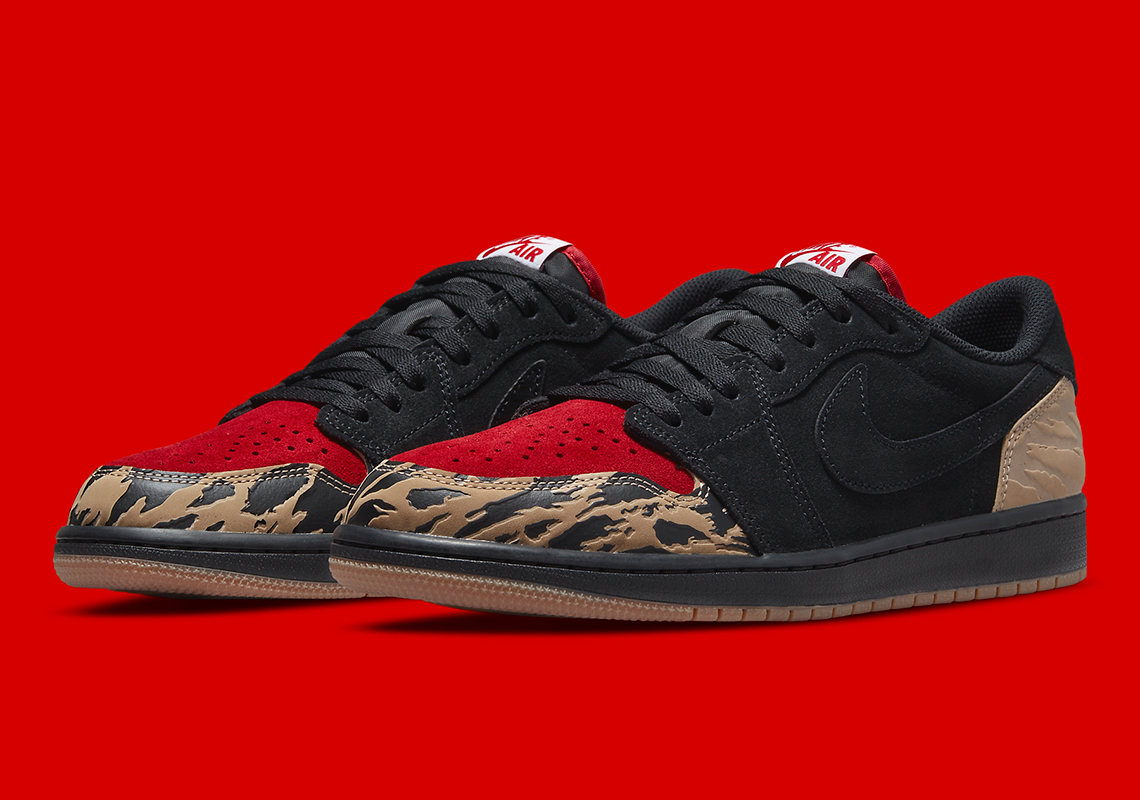 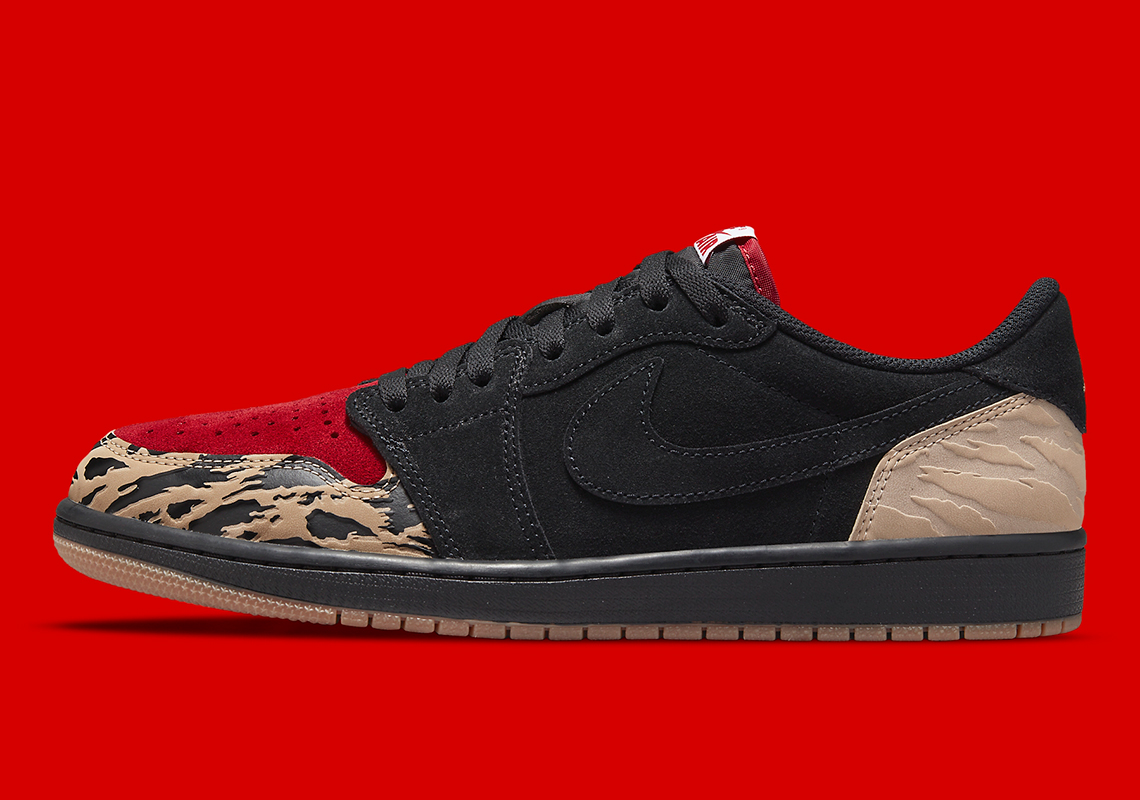 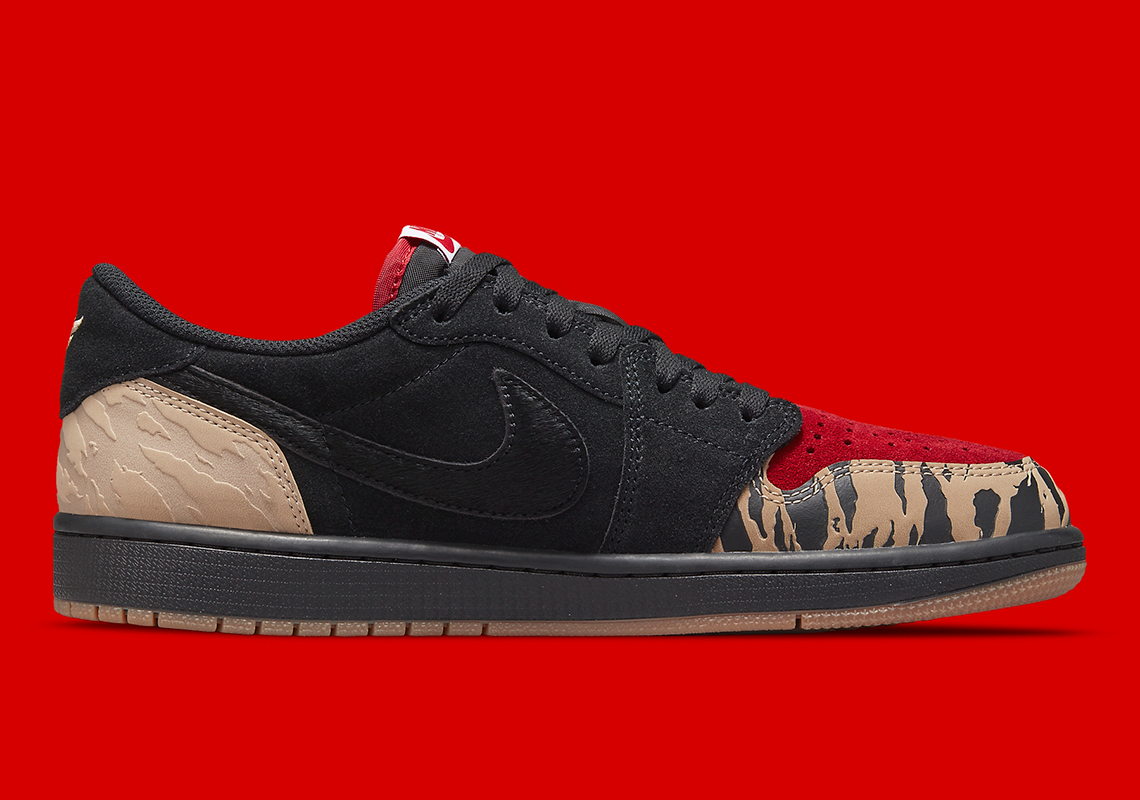 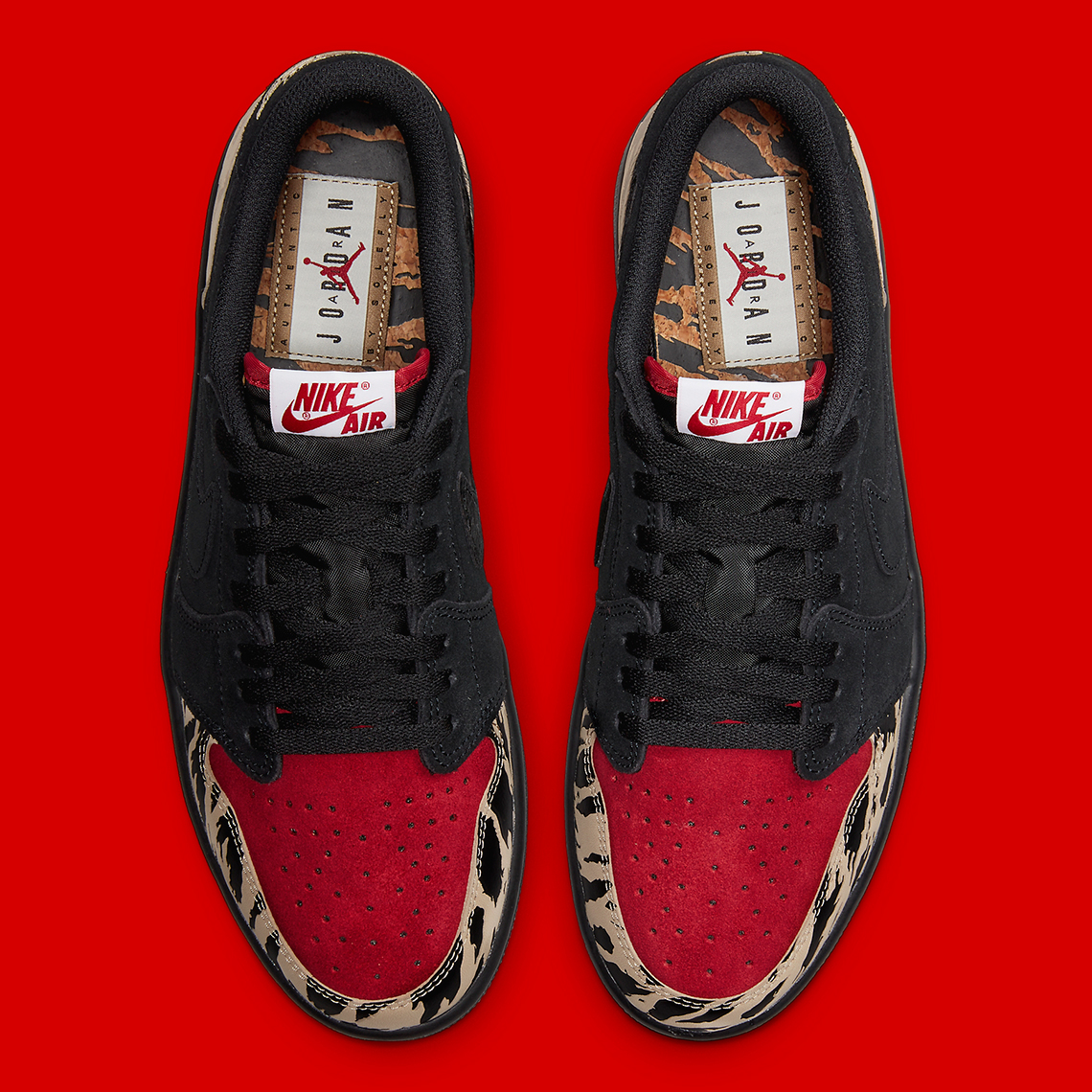 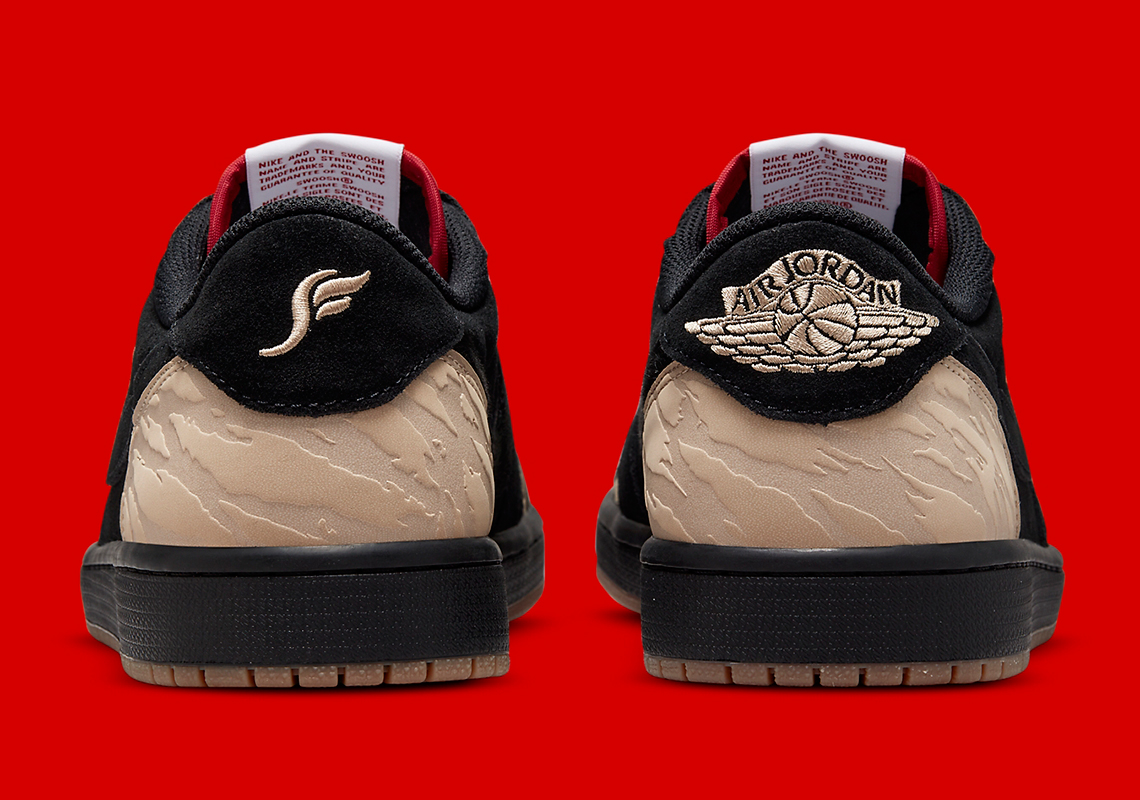 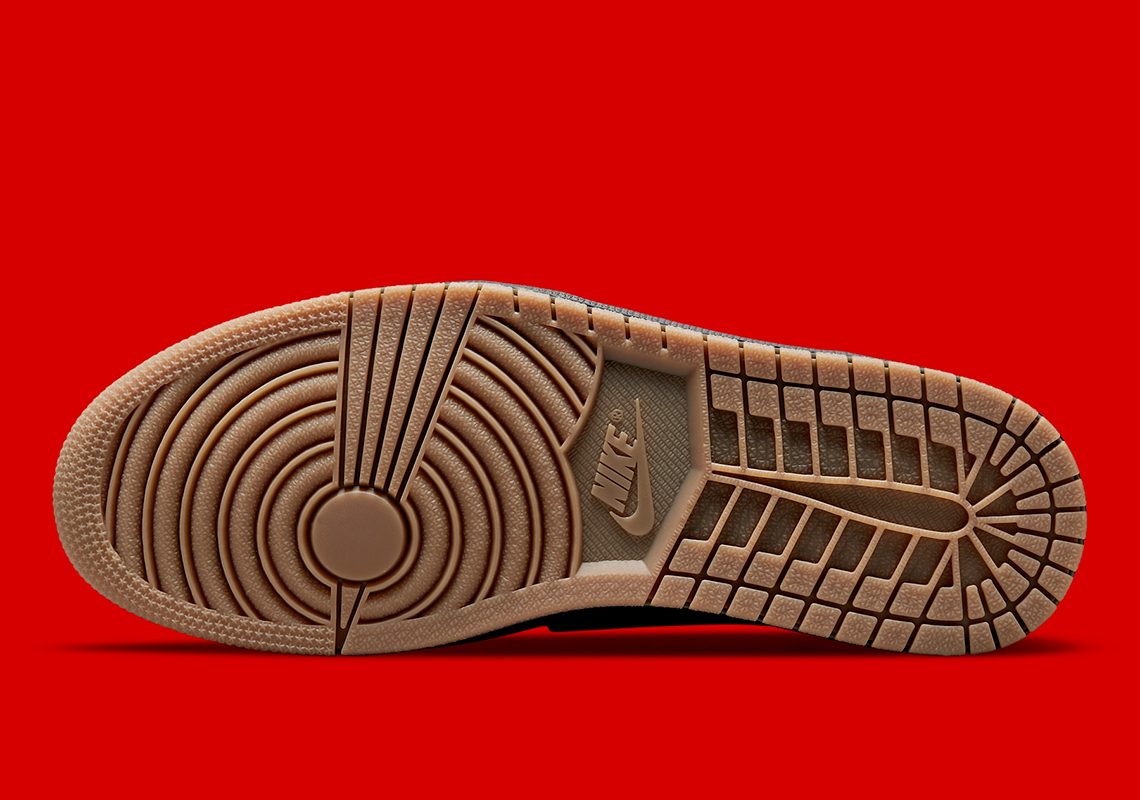 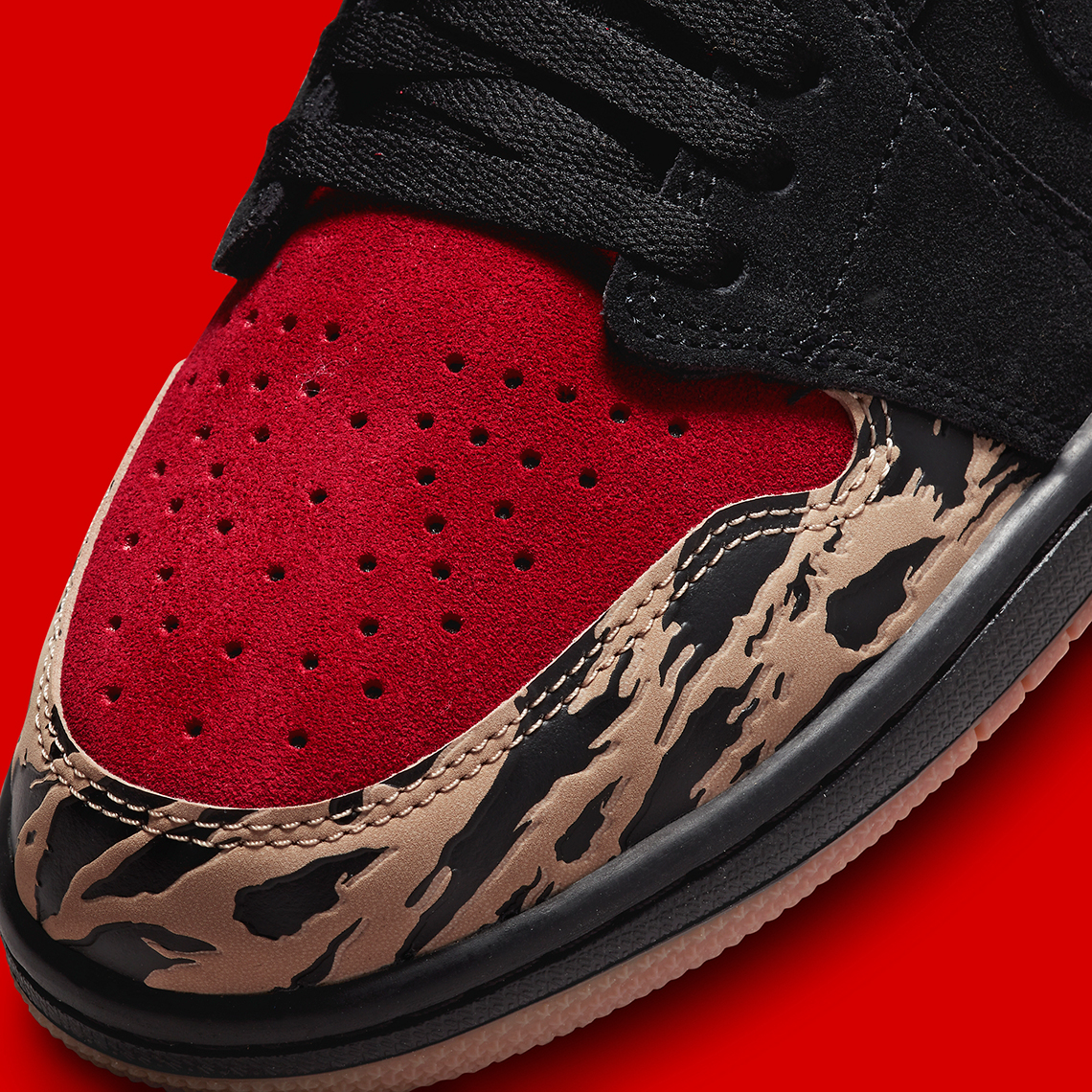 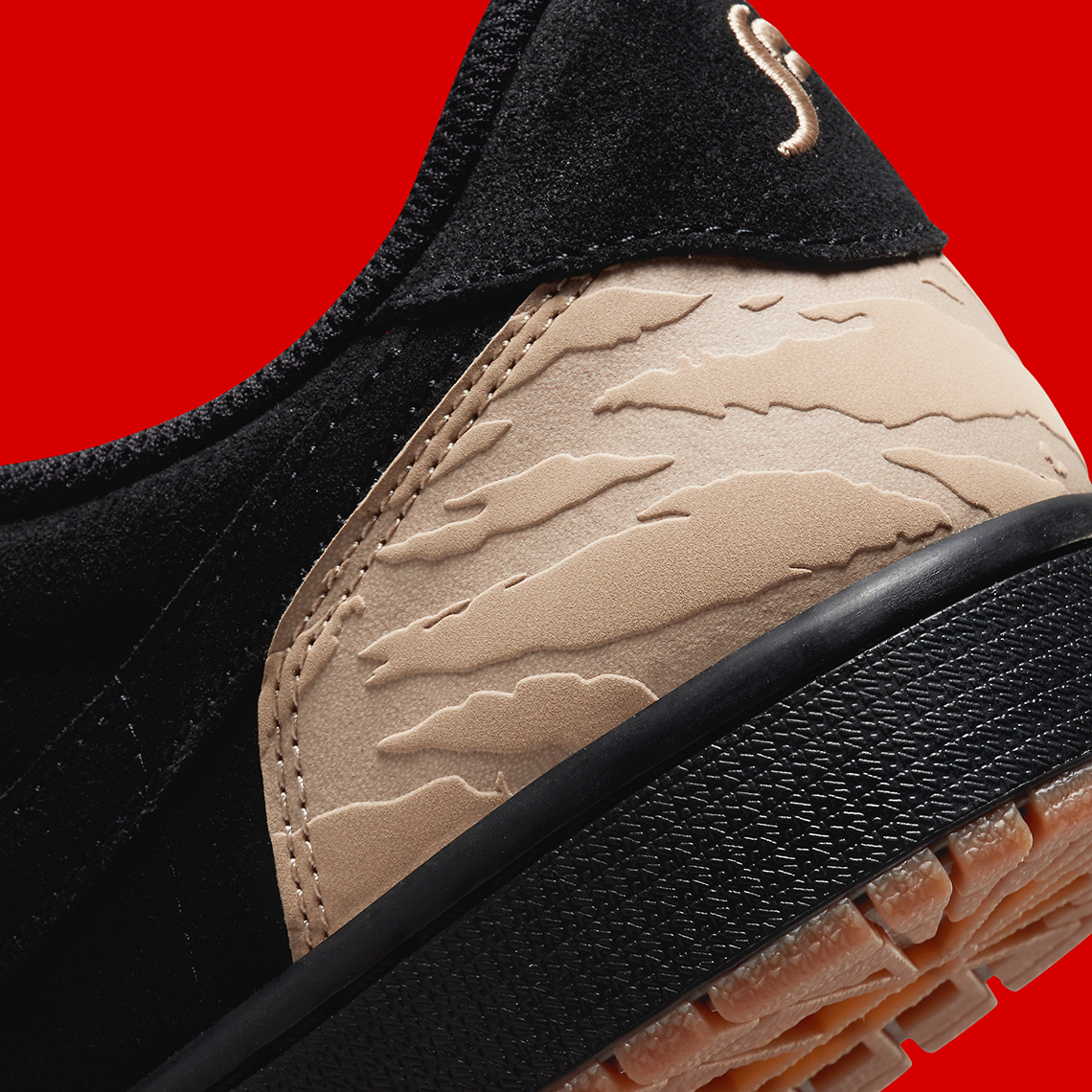 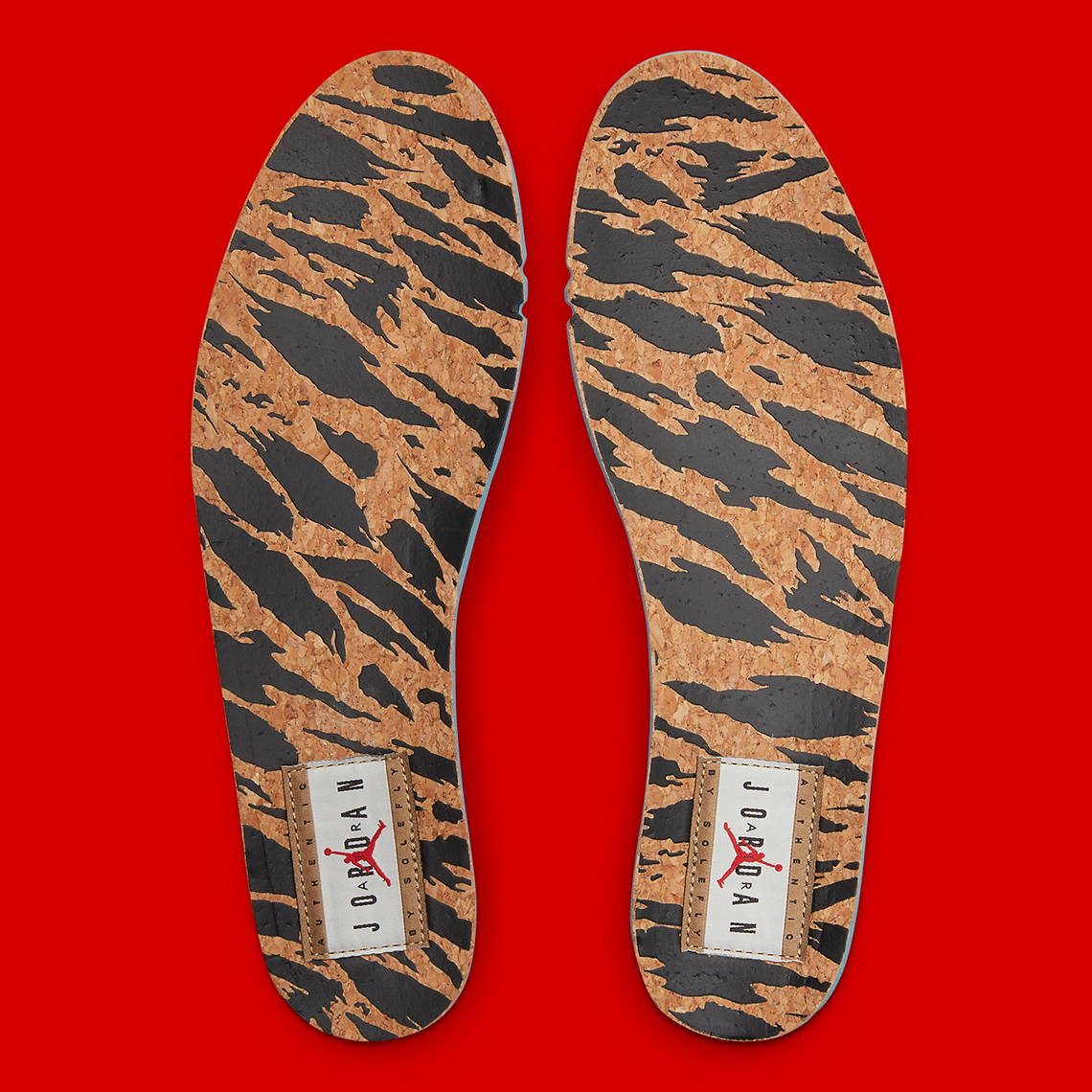 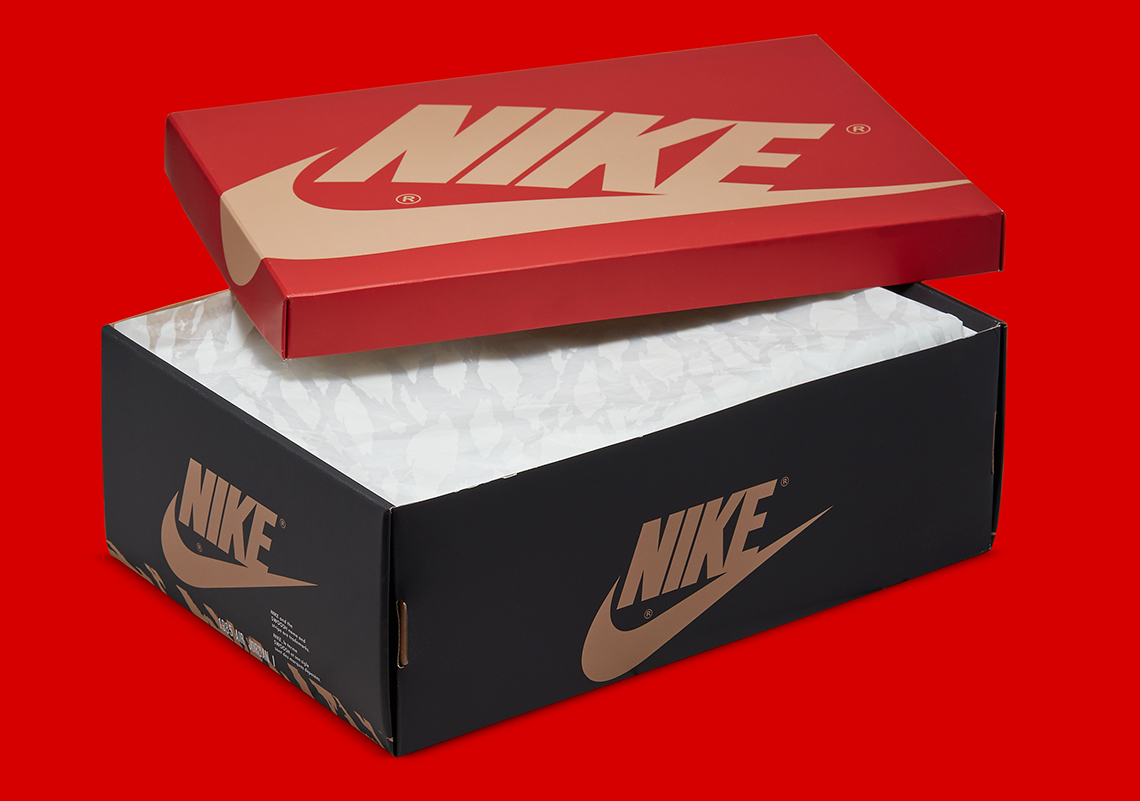 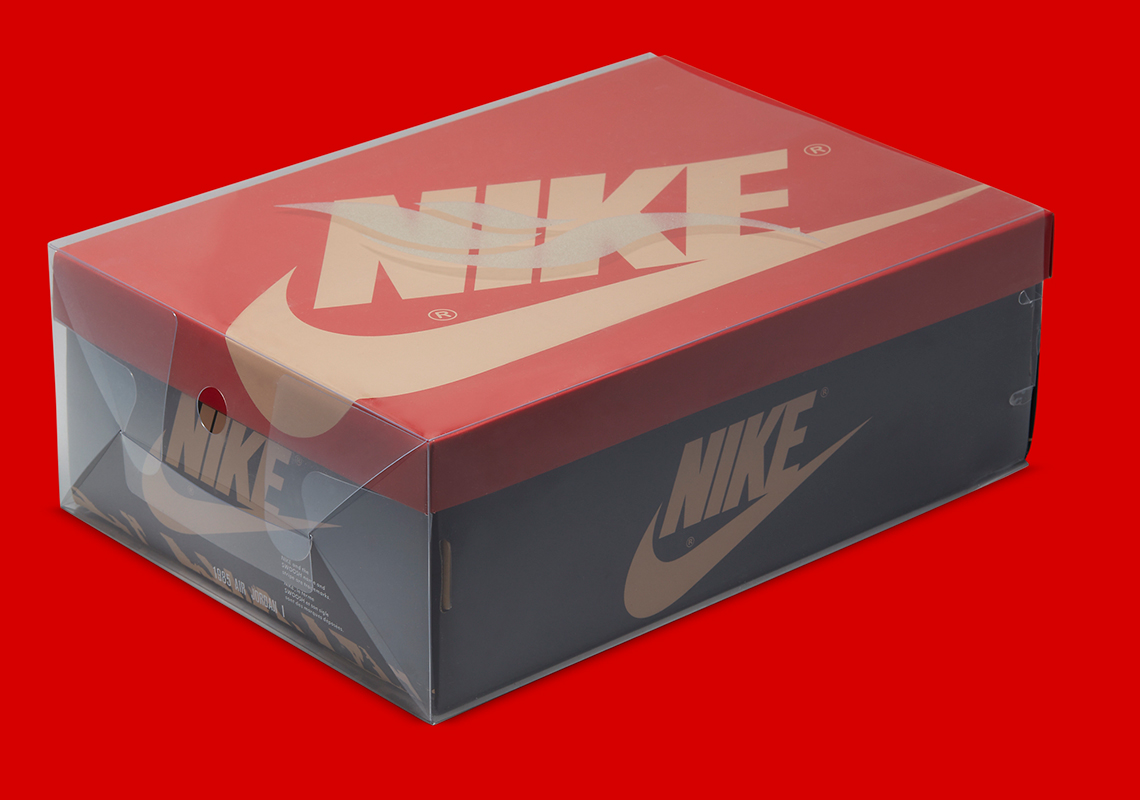