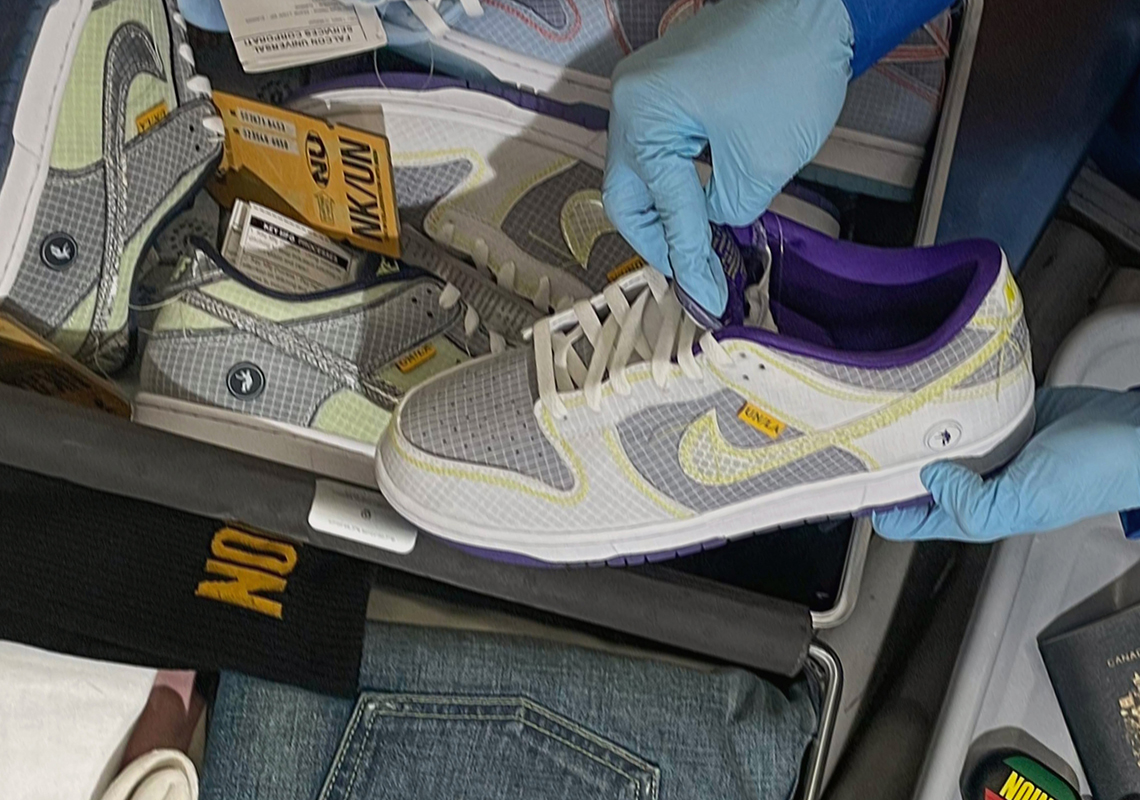 While all three colorways of the upcoming Union Los Angeles x Dunk collaborations have been revealed, Nike has revealed an official teaser of the project with this new imagery that depicts the shoes being inspected by TSA agents at an airport security check. The three-shoe pack is inspired by the early days of Union. The collection looks to be inspired by travel and ties back to Chris Gibbs and Union crew’s early days of searching for exclusive sneakers and music.

The design of the shoes, which is heavy on baggage tags and heavy-duty packaging material, certainly speaks to the travel and shipping aesthetic, while additional props such as a Canadian passport, plane ticket, and other tidbits capture Gibbs’ exploratory ventures. Each pair will retail for $150 and will release on Union, select retailers, and the SNKRS App. A release date for the Union Dunks has not been confirmed, but stay tuned for updates. 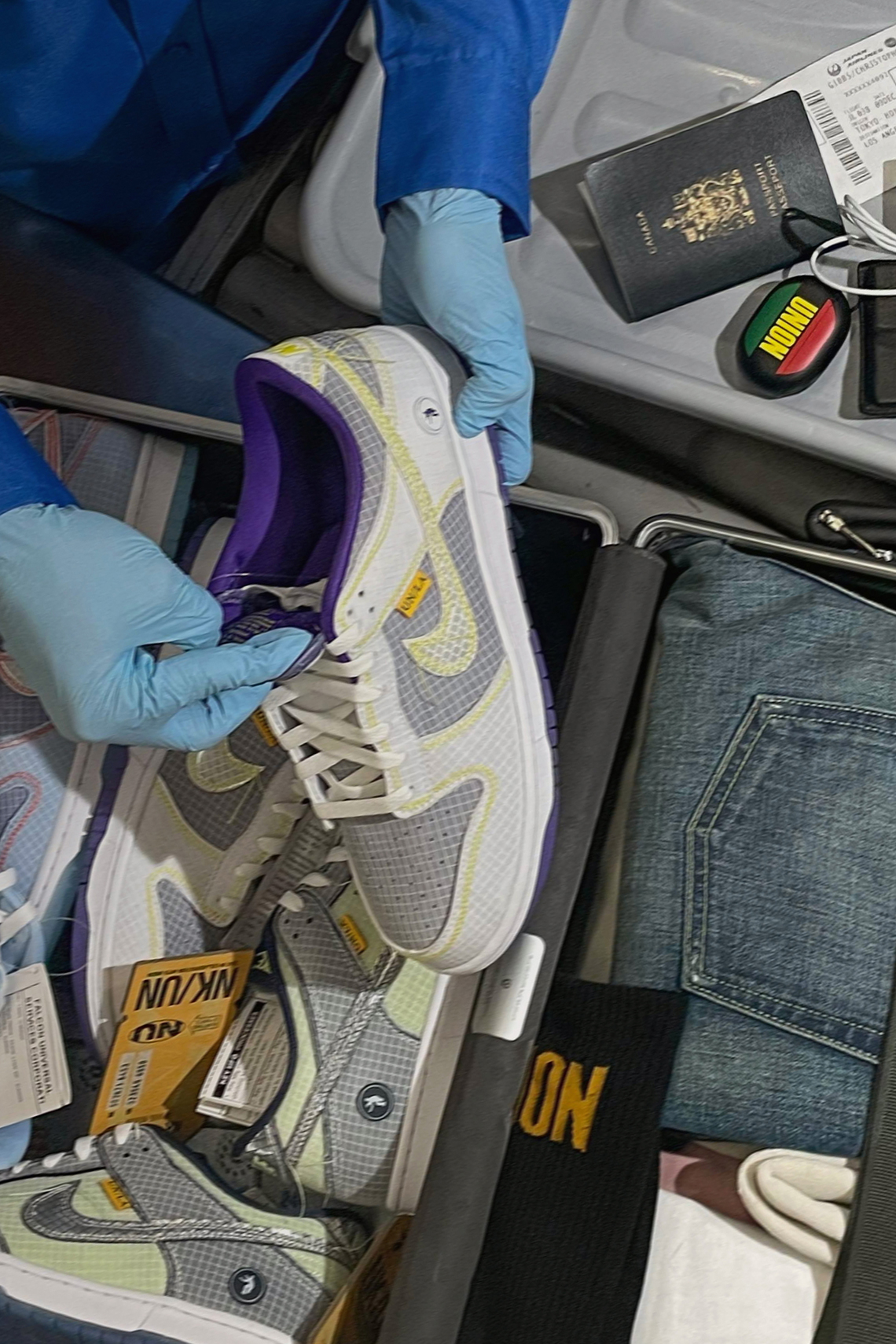 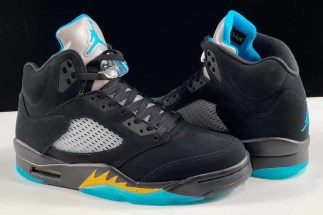