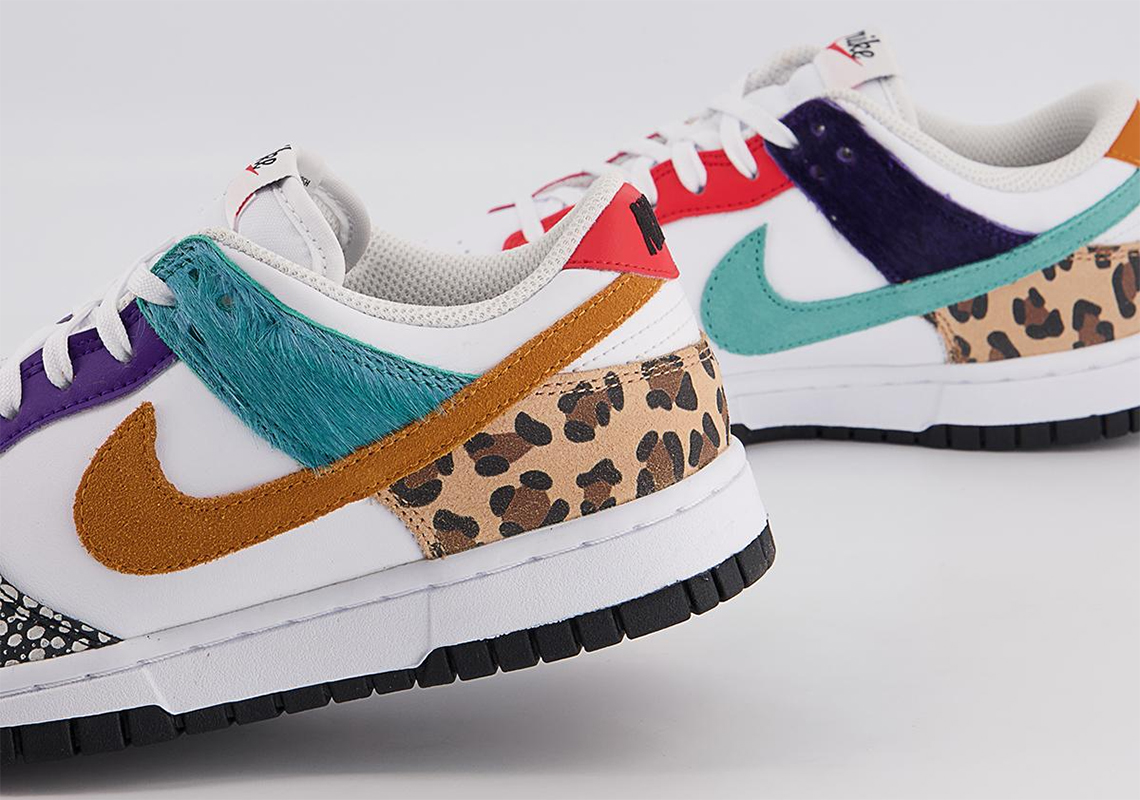 As an athlete-focused company, NIKE, Inc. has been dedicated to the development of innovative technology that’ll assist athletes of all levels achieve new ground. Along the way, the North American institution has also entered new territory via its choice in color palette, branding and marketing; a newly-surfaced Nike Dunk Low replete in mismatched safari and other prints adds another tally to the brand’s roster of experiments.

Akin to some of the most iconic Nike Dunks that’ve emerged since 1985, the upcoming sneakers indulge in a “colorless” leather base that allows for the overlaid details to revel in the spotlight. Disparate hits of purple, red, teal and orange animate varying parts of Peter Moore’s classic design between right and left shoes, while wild leopard and “safari” patterns around the forefoot arguably steal all attention. The wildcat-inspired print has historically appeared on handfuls of women’s-exclusive shoes from under the NIKE, Inc. empire, whereas the dotted counterpart debuted on the aptly-named Nike Air Safari designed by Tinker Hatfield in 1987. Together, both choices will surely help prolong the low-top model’s reign over the footwear landscape whenever it drops.

No firm Nike SNKRS release details have been disclosed by the brand, but that’s likely to change as the warmer months inch closer. In any case, enjoy early looks at the pair here below.

For more from the Swoosh empire, check out the Air Force 1, which celebrates its 40th anniversary in 2022. 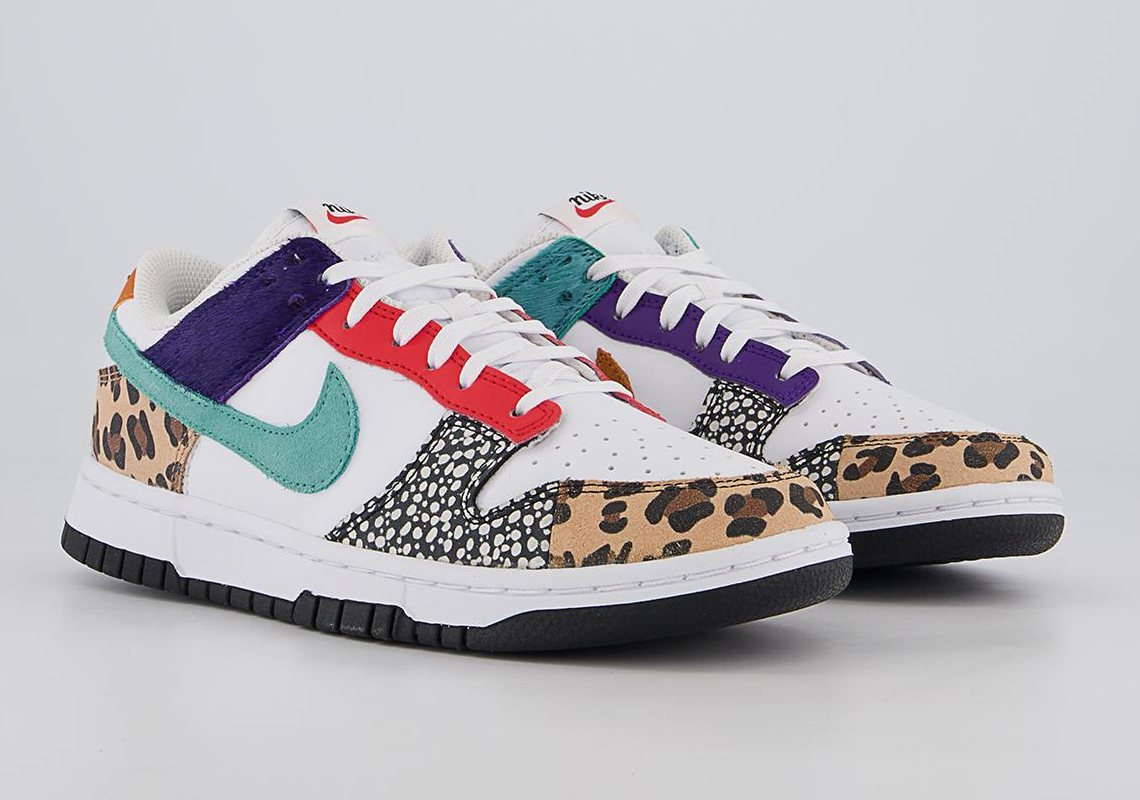 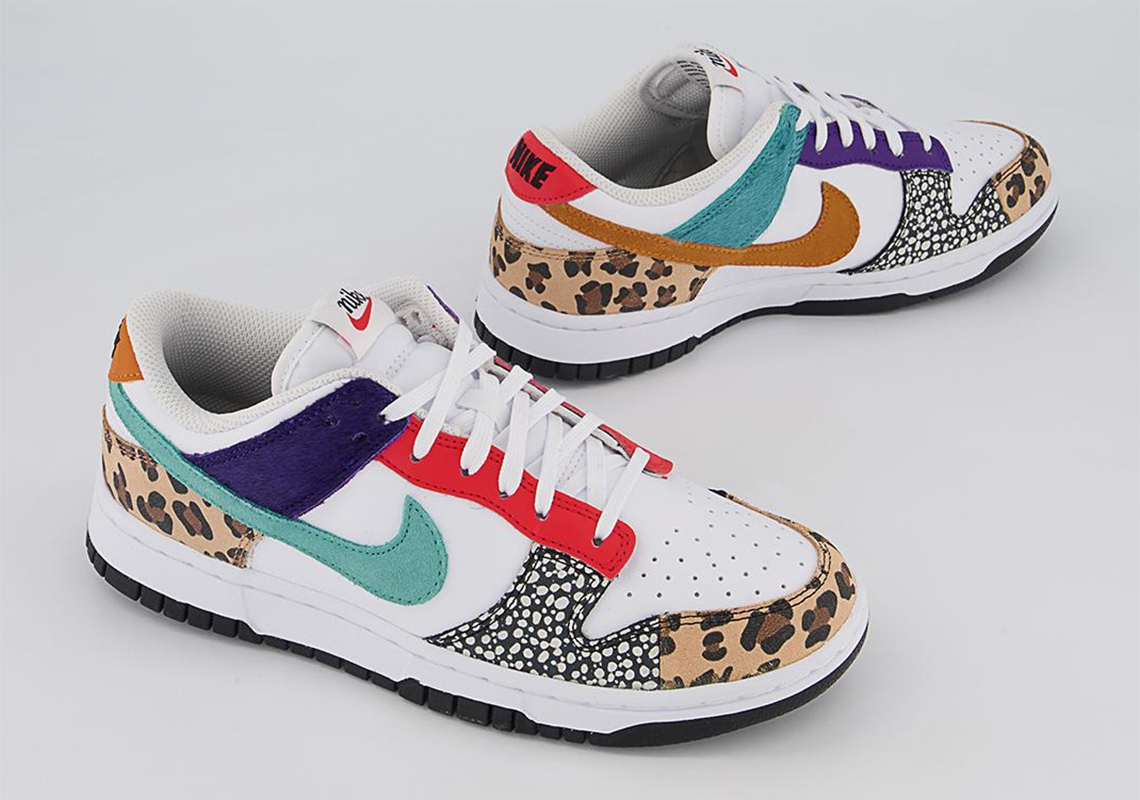 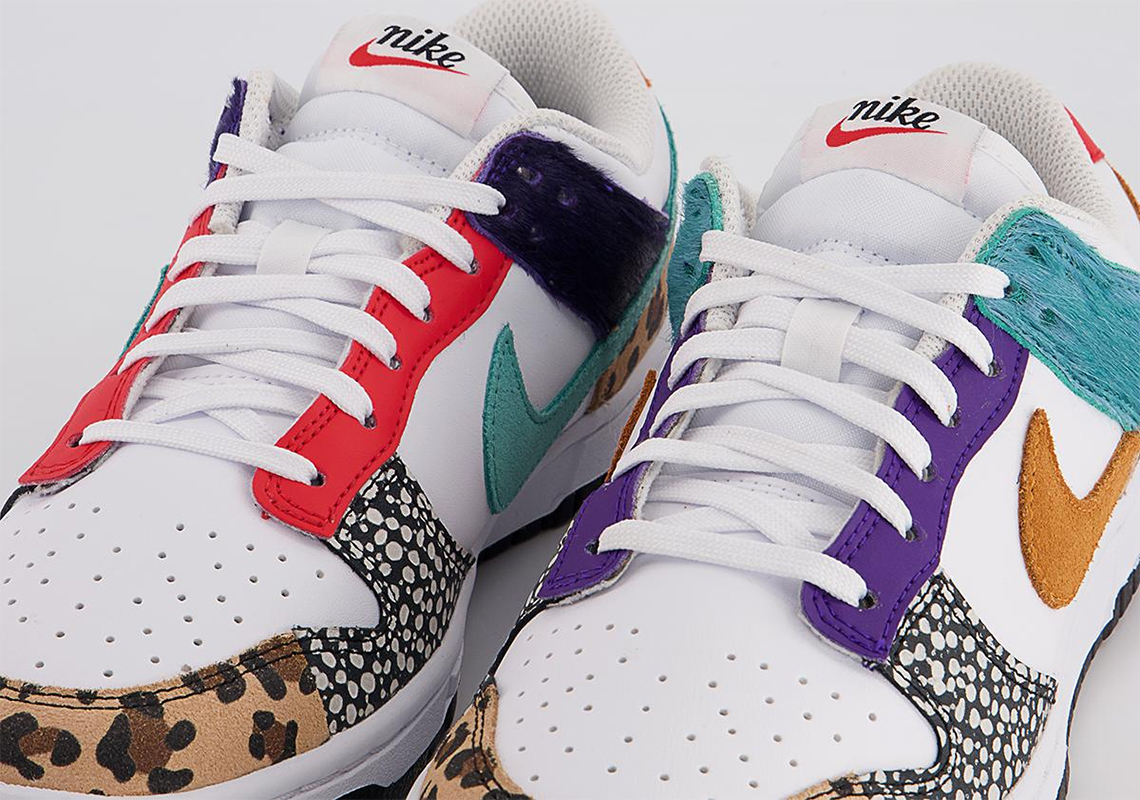