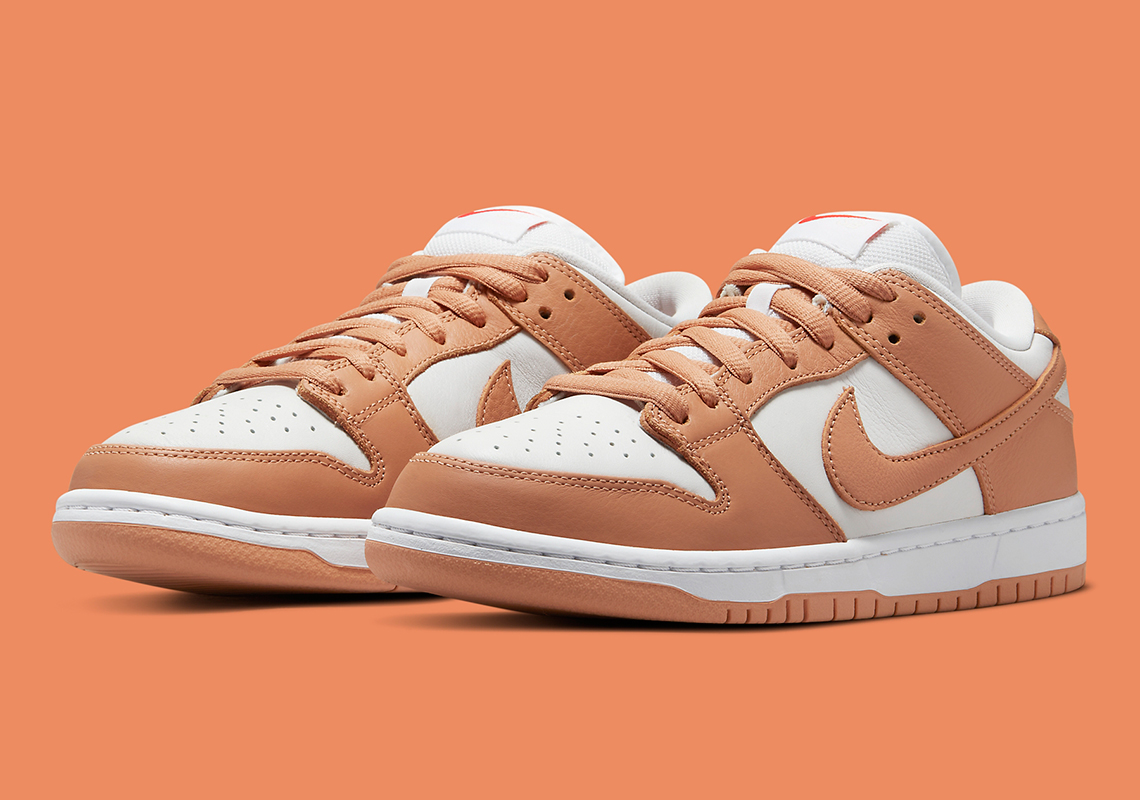 It’s no secret that high-profile co-signs have led casual consumers to Nike SB‘s catalog over the last three years, but the team continues to cater to its core audience: skaters. Allowing riders the likes of Ishod Wair and Grant Taylor lend their creativity to its footwear has proven successful for the Swoosh’s skate-obsessed label, but so has continuing to provide exclusive releases to its network of savvy skate shops.

Through its Orange Label program. Nike SB has harkened back to its early days under the direction of the late-Sandy Bodecker, offering product only available at “proven” shops for and by the skateboarding community. Recently, an SB Dunk Low has emerged in a “White/Light Cognac” colorway as part of the Orange Label’s ever-growing, impressive catalog. Akin to non-SB “Harvest Moon” iterations of Peter Moore’s original design, the newly-surfaced pair indulges in a “colorless” leather base that allows for the tone that animates the overlays to revel in the spotlight. Branding on the top of the tongue opts for a simple swoosh logo done in orange, nodding to the sneaker’s special edition. Underfoot, the Air Jordan 1-reminiscent sole unit rounds out the ensemble with a “White” midsole and “Light Cognac”-colored outsole, a combination sure to pique the interest of non-skaters.

Enjoy an early look at the pair here below, courtesy of Instagram user @leaked.sneaks, and anticipate a skate shop-exclusive launch in the coming months. 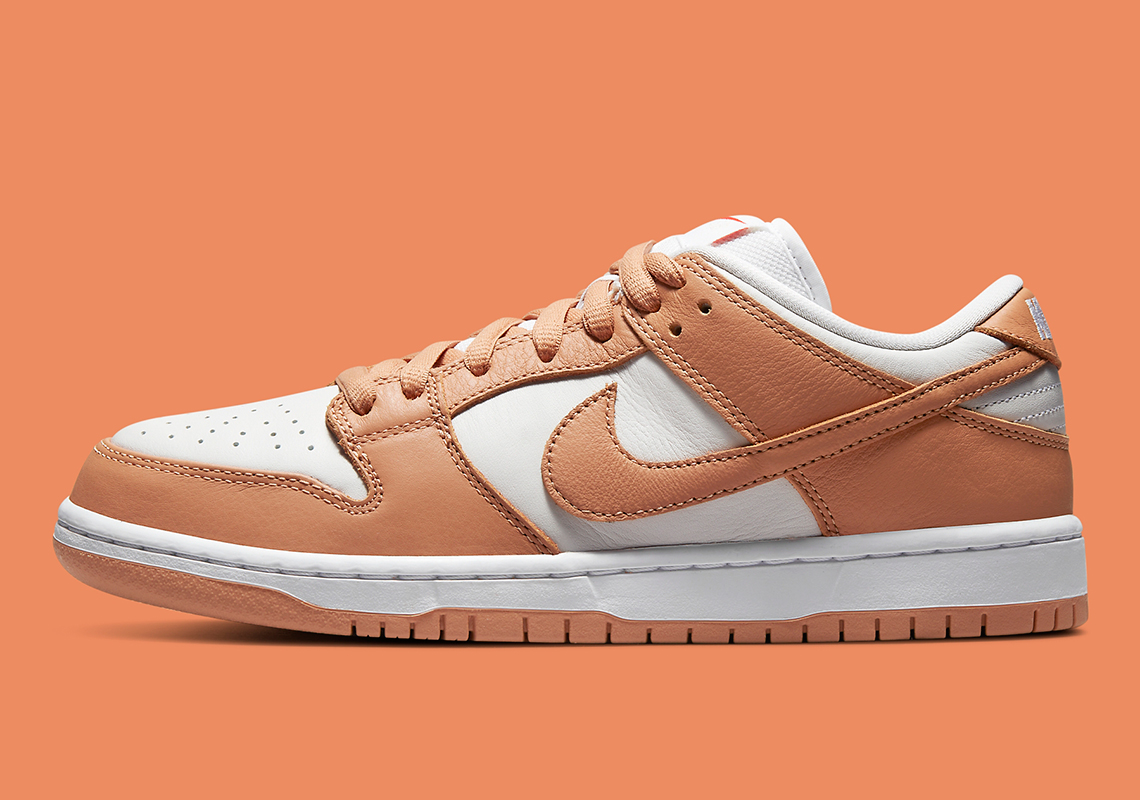 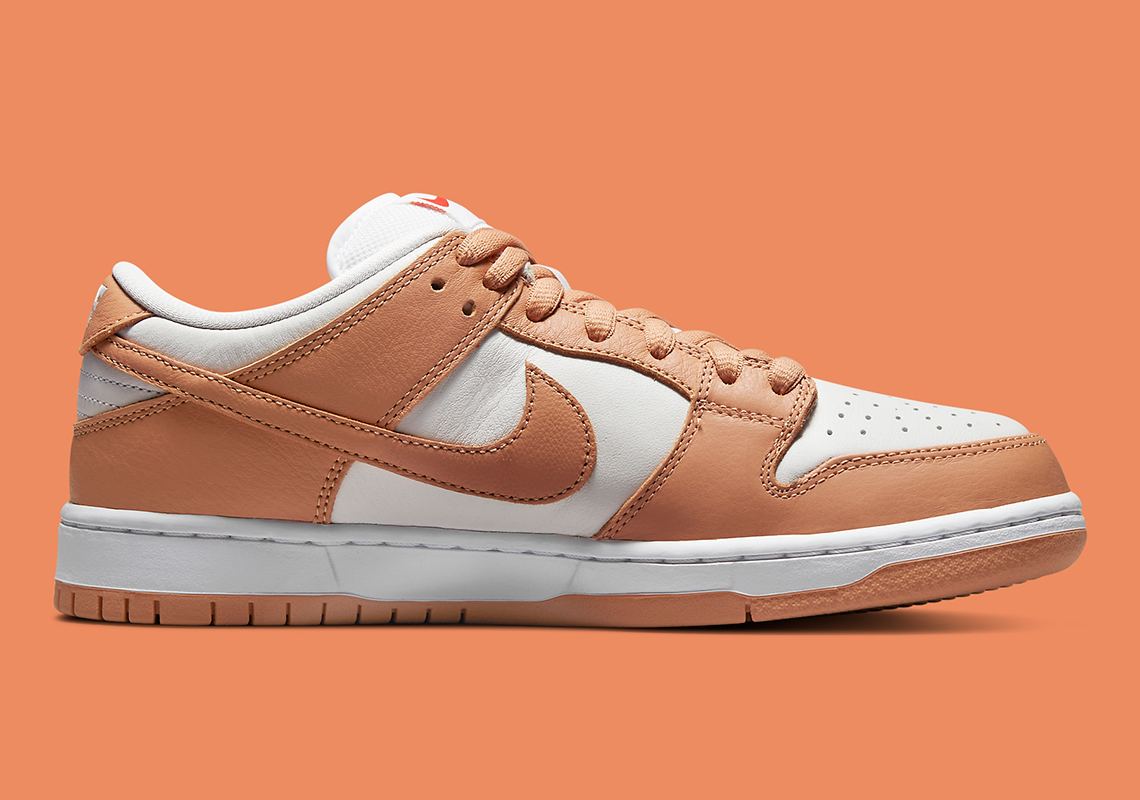 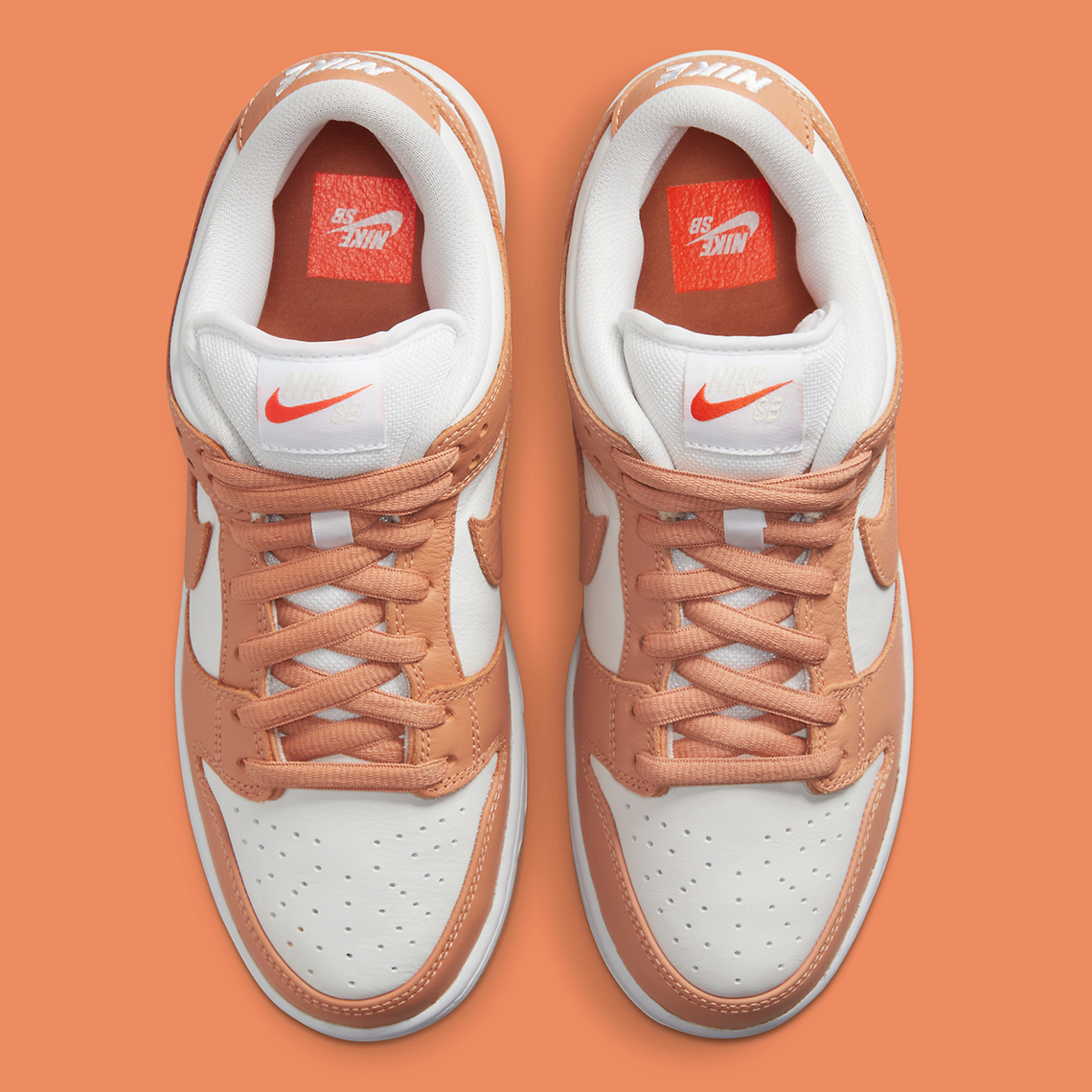 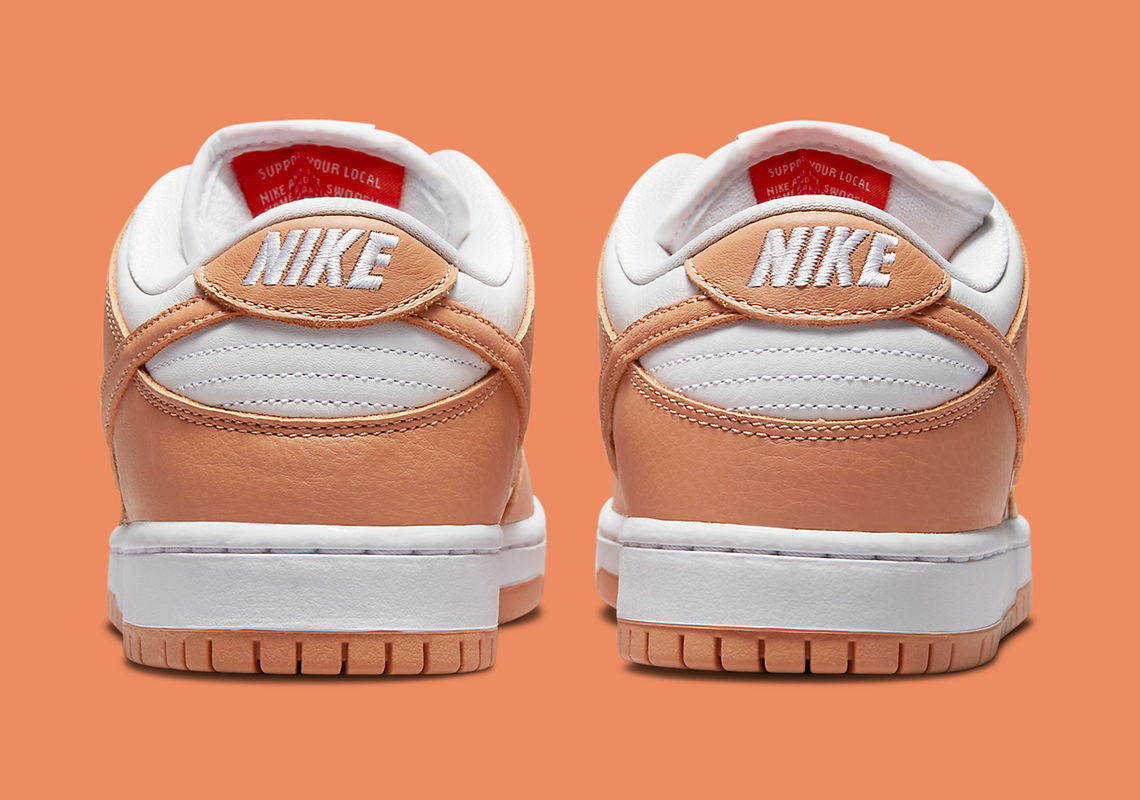 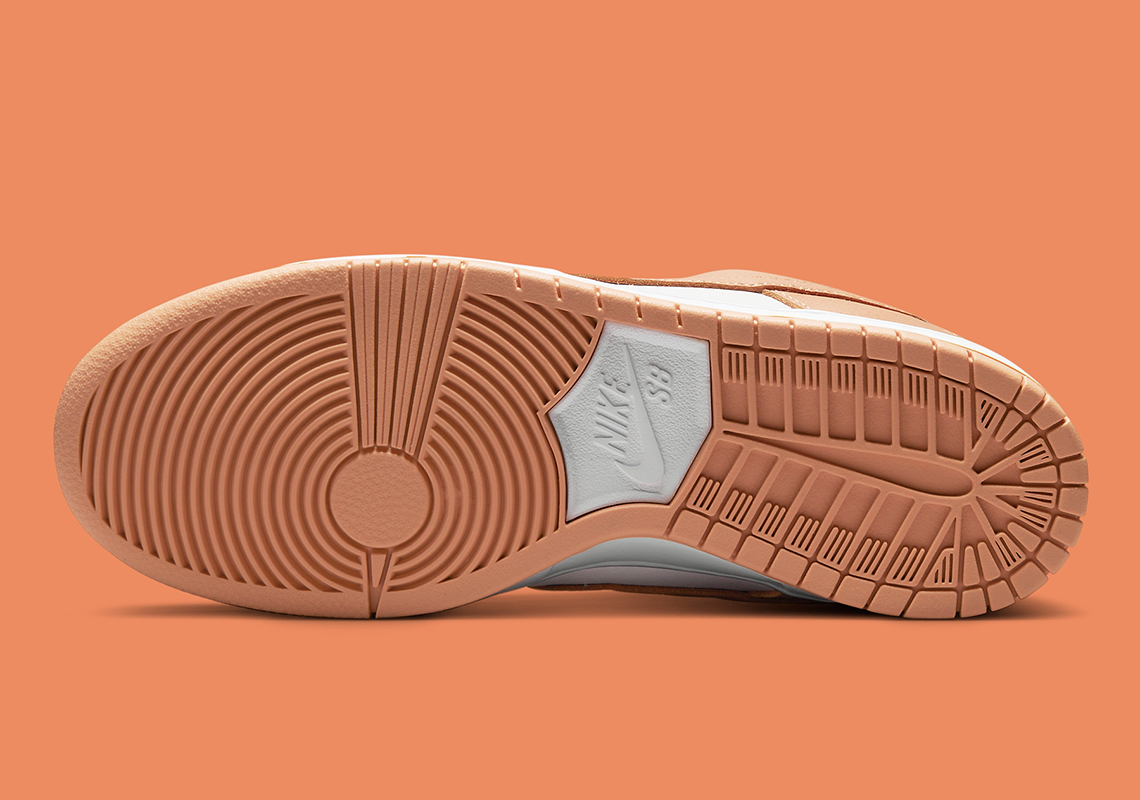 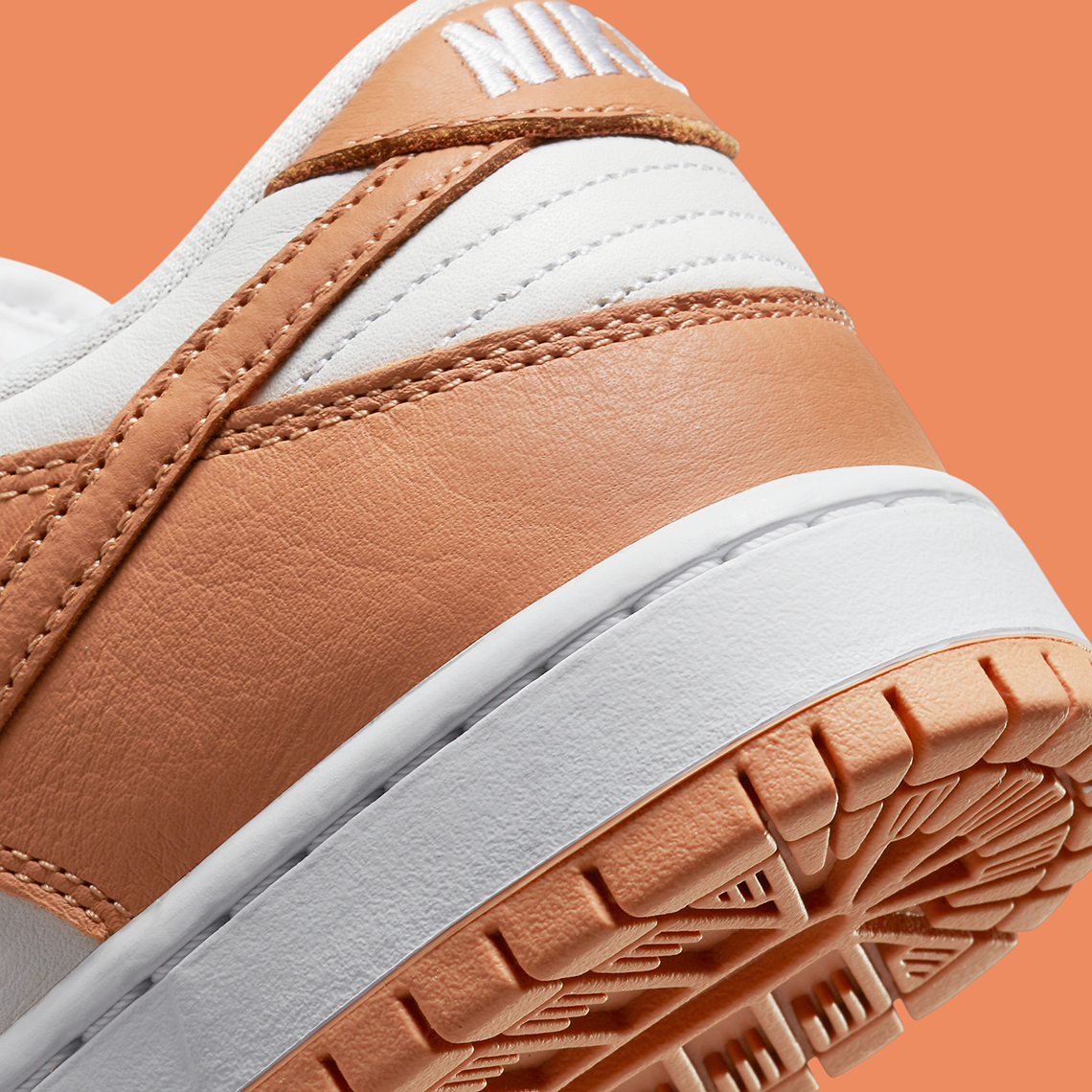 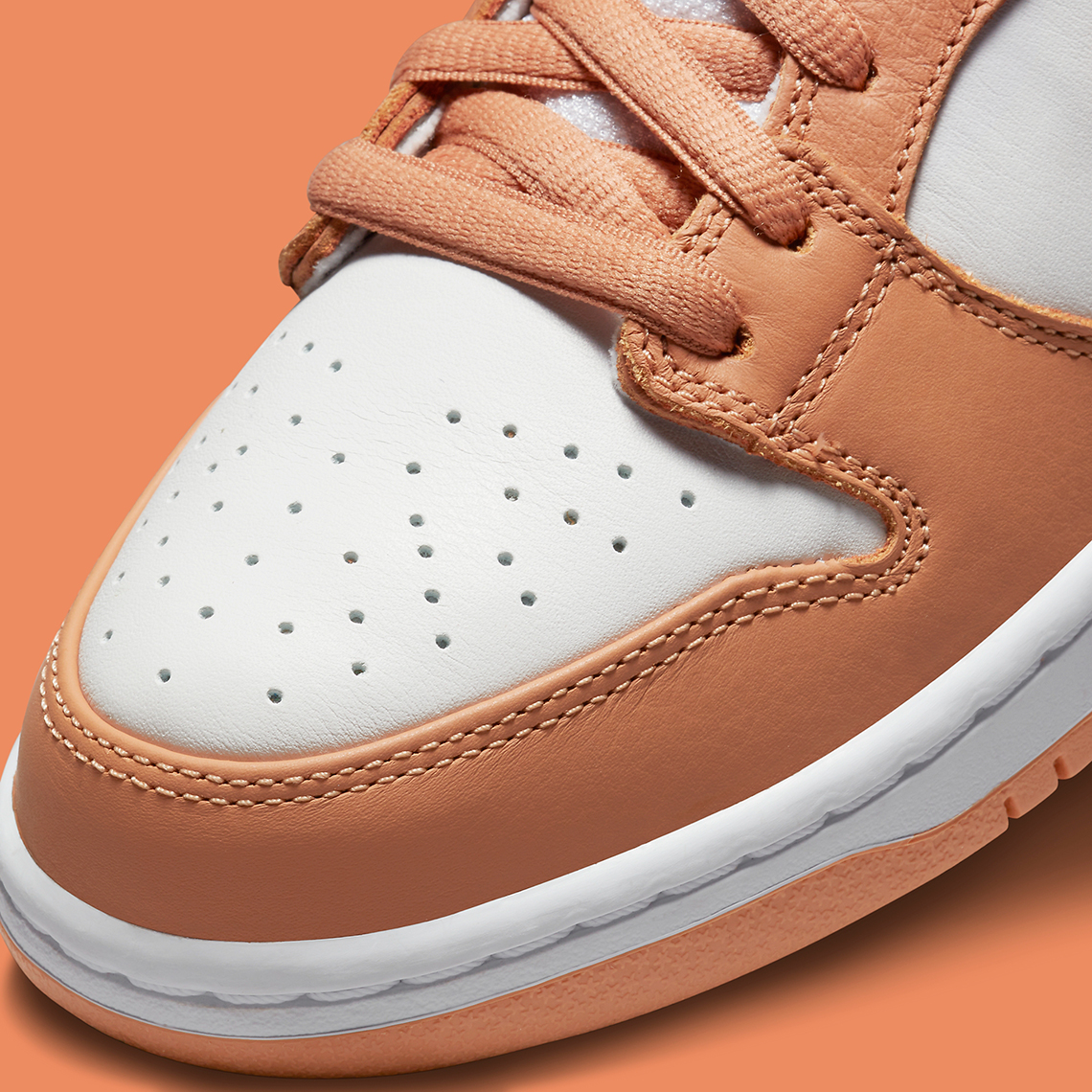