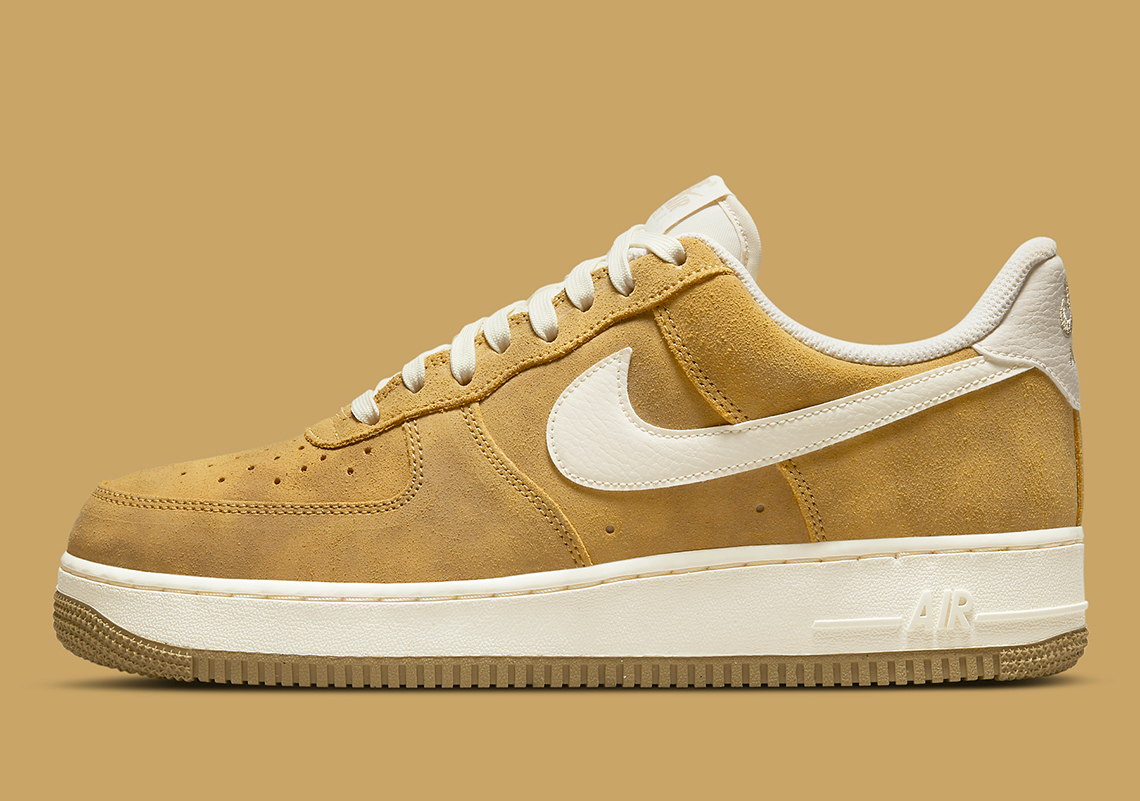 Even before “vintage” became a trend, distressed footwear was quite commonplace. Golden Goose, for example, is infamous for their faux-loved offerings, and even New Balance has followed in their example to an extent. Now, with the silhouette’s 40th anniversary as an excuse, Nike is also doing something similar with the Air Force 1, building out the shoe’s upper with seemingly worn suede.

The mustard yellow shade of the upper makes it easy to spot the imperfections. Across the toe, mid-panel, and heel, the surface appears almost charred and dirty, as if the pair had been worn previously. But the whites of the Swoosh, heel tab, tongue, and the like are pristine by comparison, their tumbled leathers lacking any speck or even scuff. This is true of the midsole and tread as well.

For a closer look at this newly revealed Air Force 1, see the official images below. Currently, a release date is TBD, so sit tight for updates on the colorway’s Nike.com release.

In other news, have you seen the Nike Dunk Low USA? 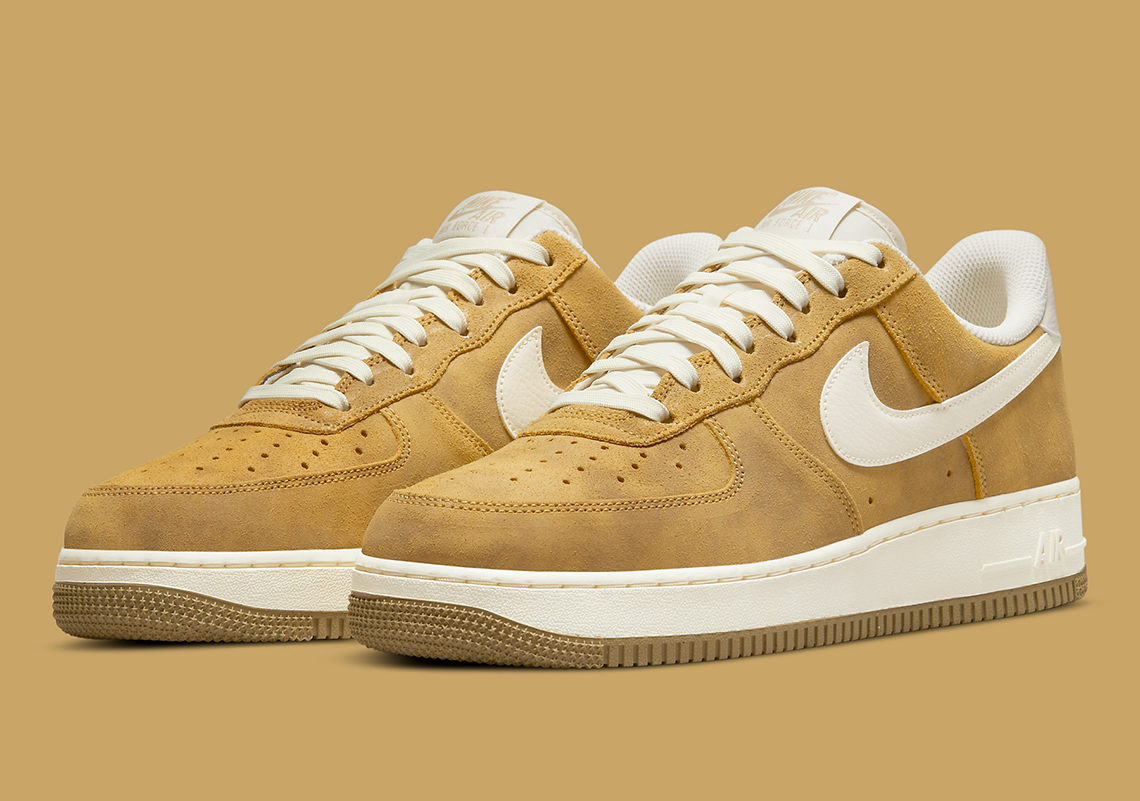 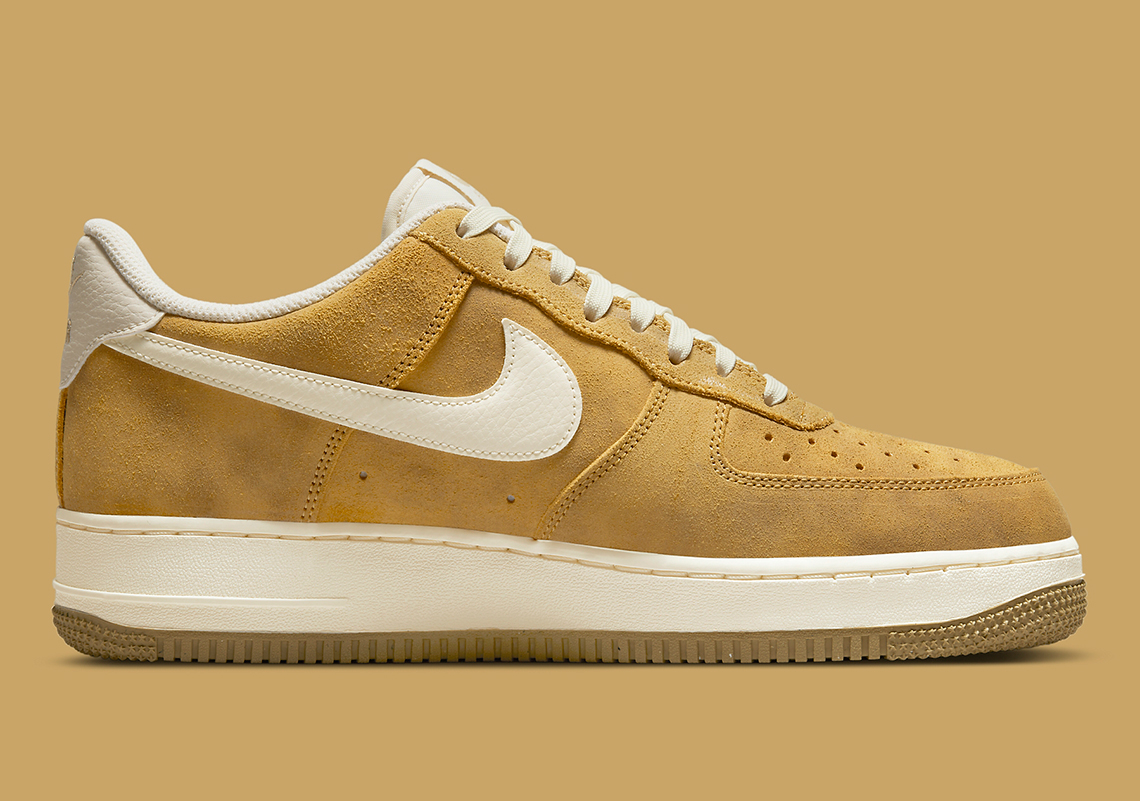 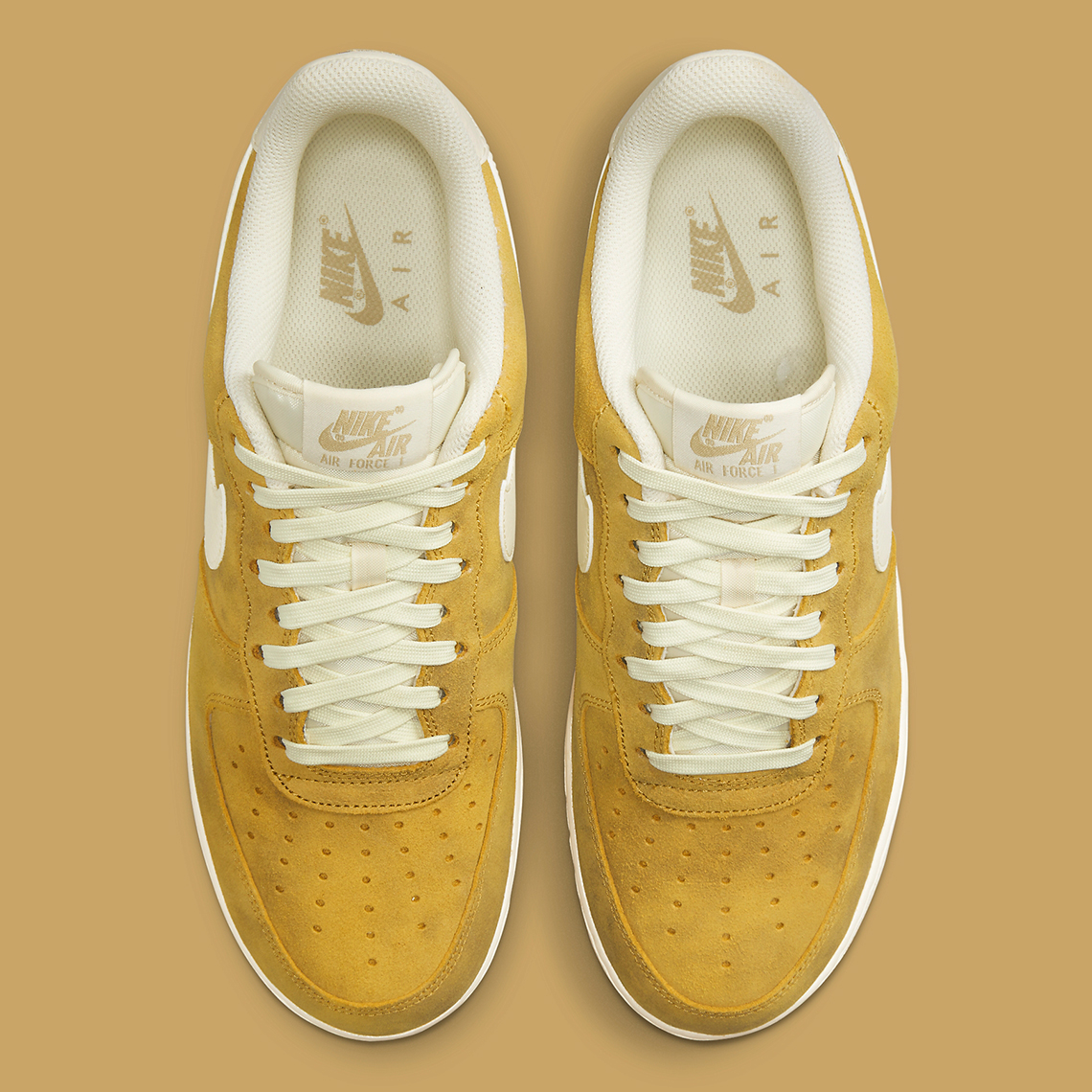 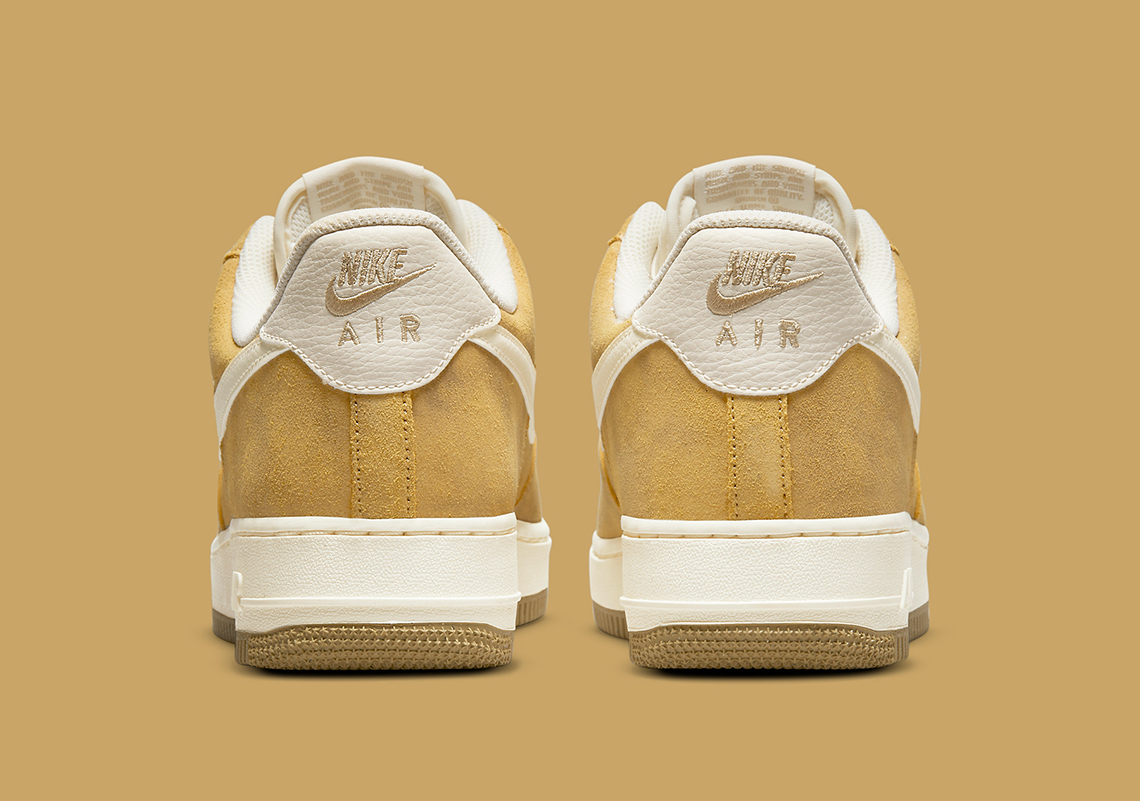 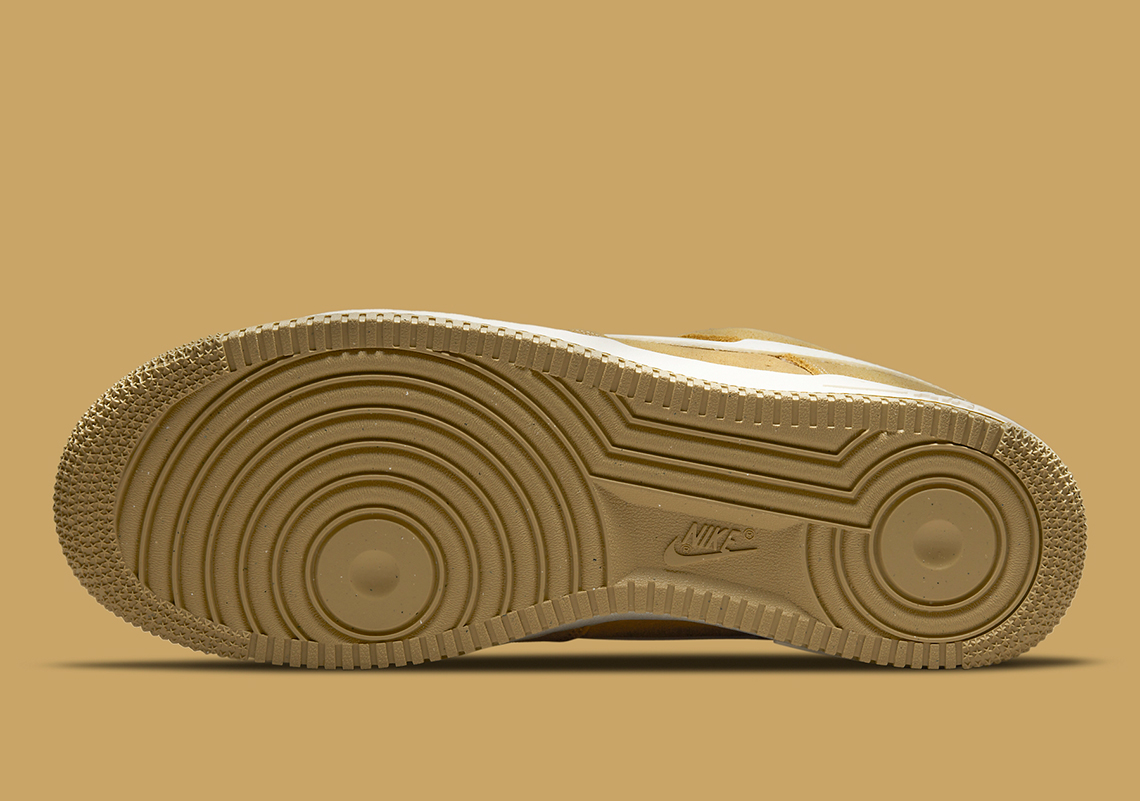 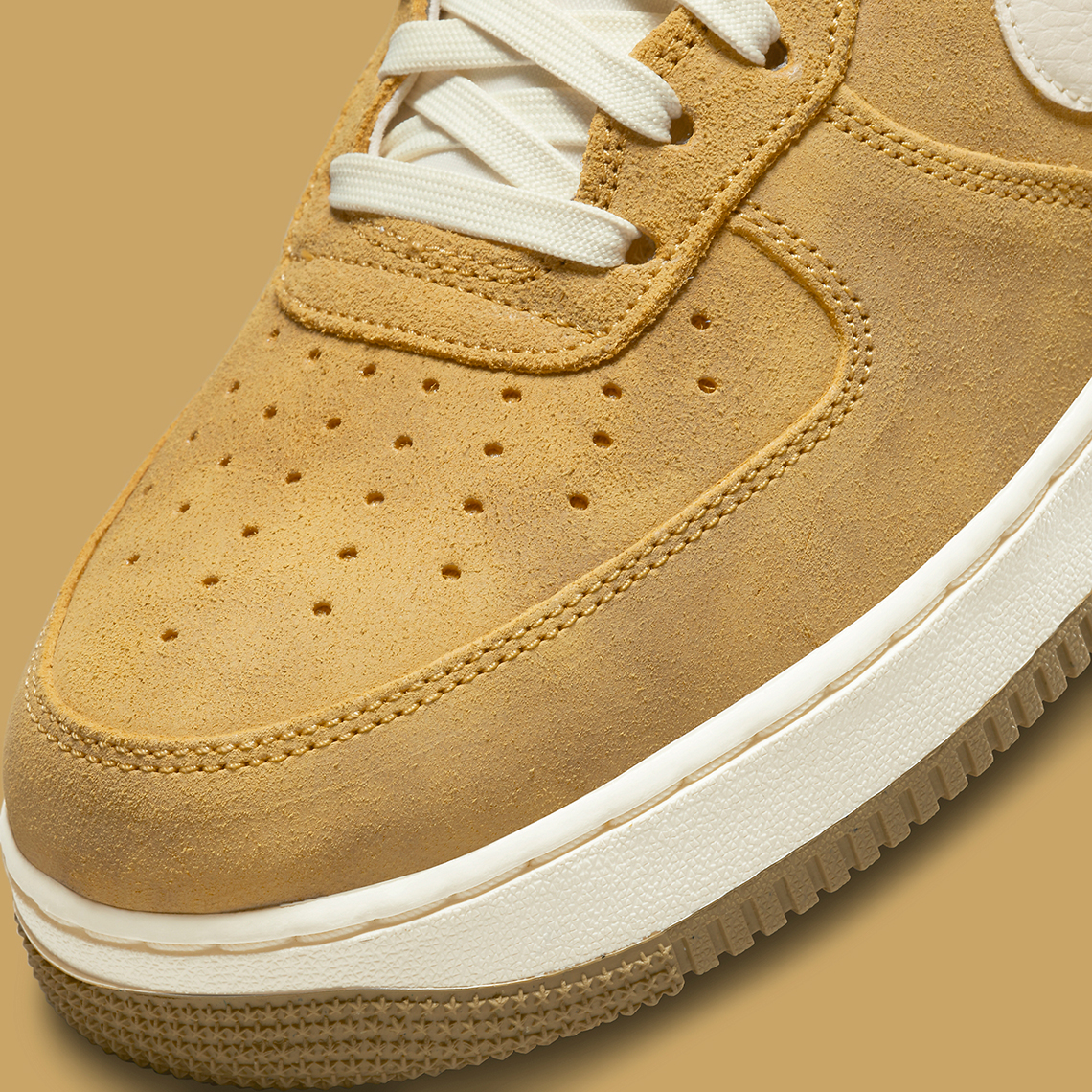 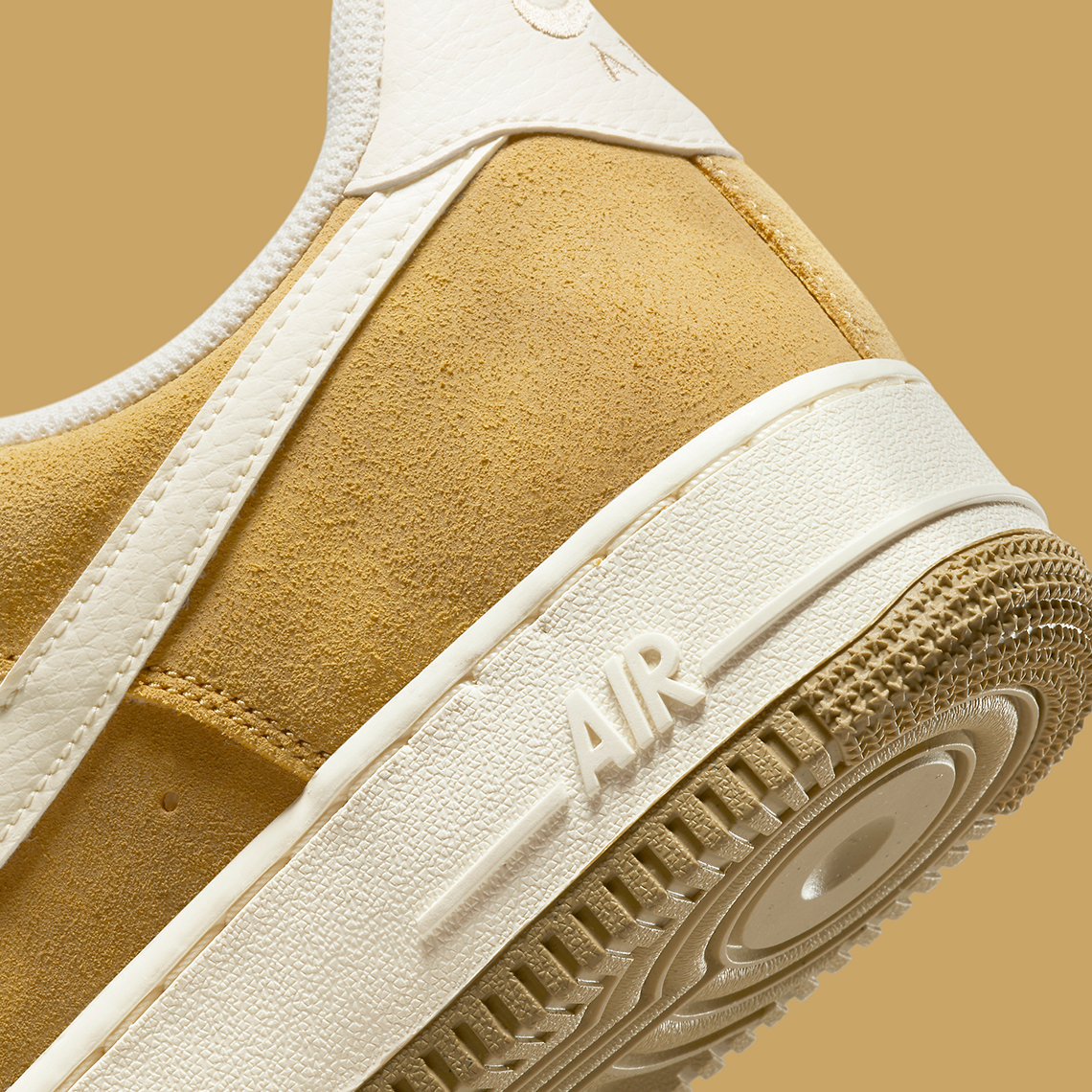