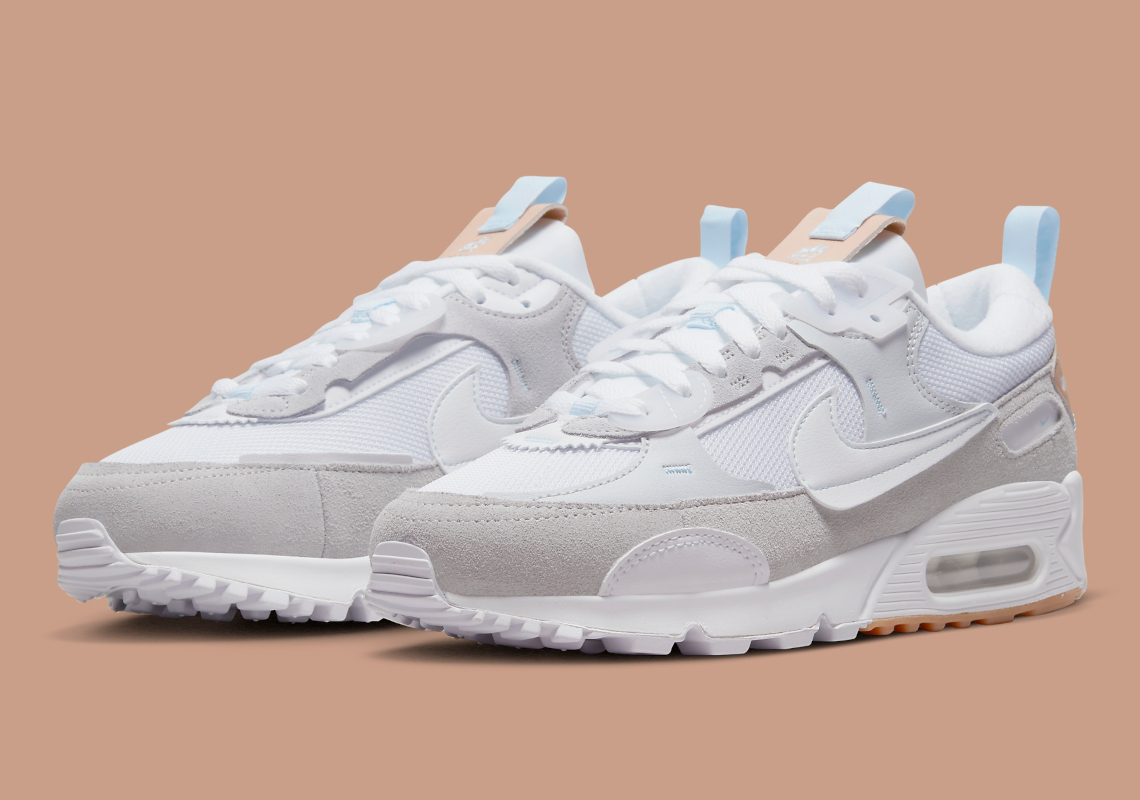 The Nike Air Max 90 Futura, a future-forward take on Tinker Hatfield’s 1990 design, has recently appeared in handfuls of compelling styles. For its latest ensemble, the modified silhouette has indulged in a predominantly off-white arrangement complete with spring-friendly brown and light blue tones.

Reminiscent of the Nike Dunk Low Scrap, the Futura iteration of Hatfield’s iconic creation features a medley of non-standard panels and swaths throughout the upper. Base layers maintain their traditional mesh construction, but mudguards, panels across the profiles, along the tongue and at the spine boast different shapes, placements and materials than their debut look 32 years ago. Pull tabs on the latest Air Max proposition introduce light blue flair into the mix, which works in-tandem with a vachetta tan-reminiscent tone to interrupt the off-white-colored look that dominates the upper and sole unit. Underfoot, the latter area favors a “colorless” makeup that allows for sparse contrast on the outsole to pop that much more.

No firm Nike SNKRS launch details have been disclosed by the company, but that’s likely to change before summer ends. In the meantime, enjoy official images of the pair ahead. 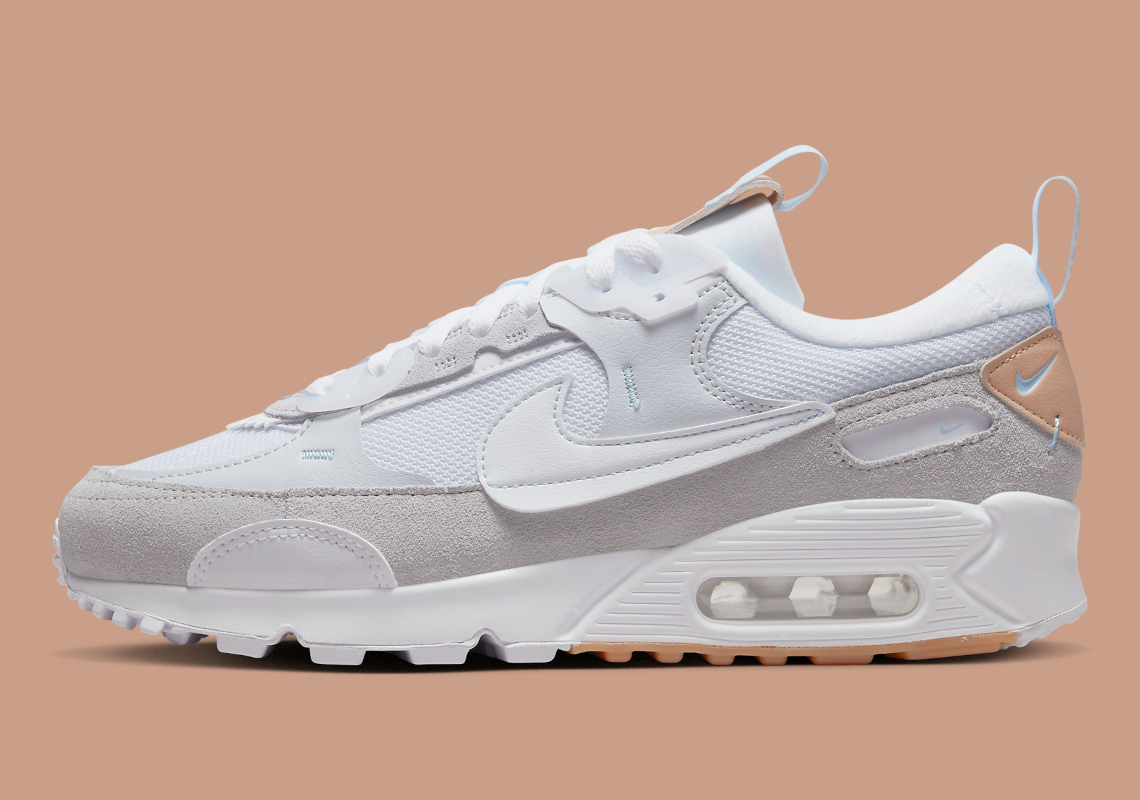 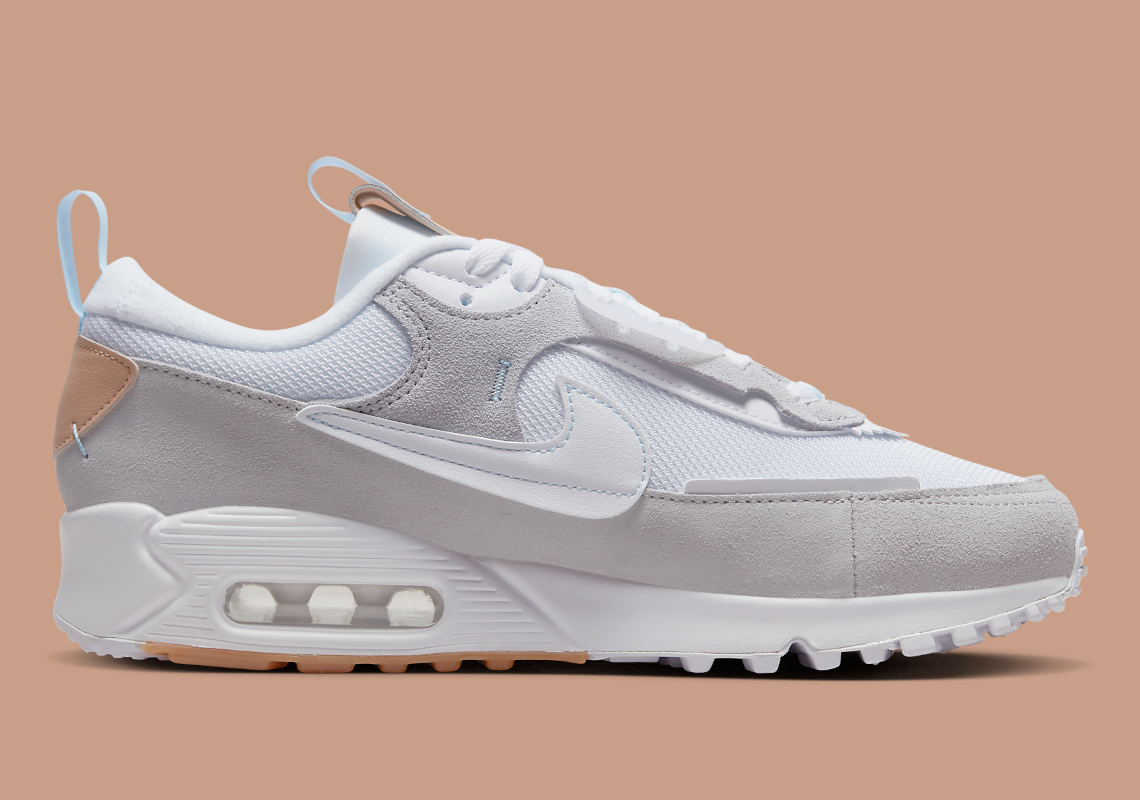 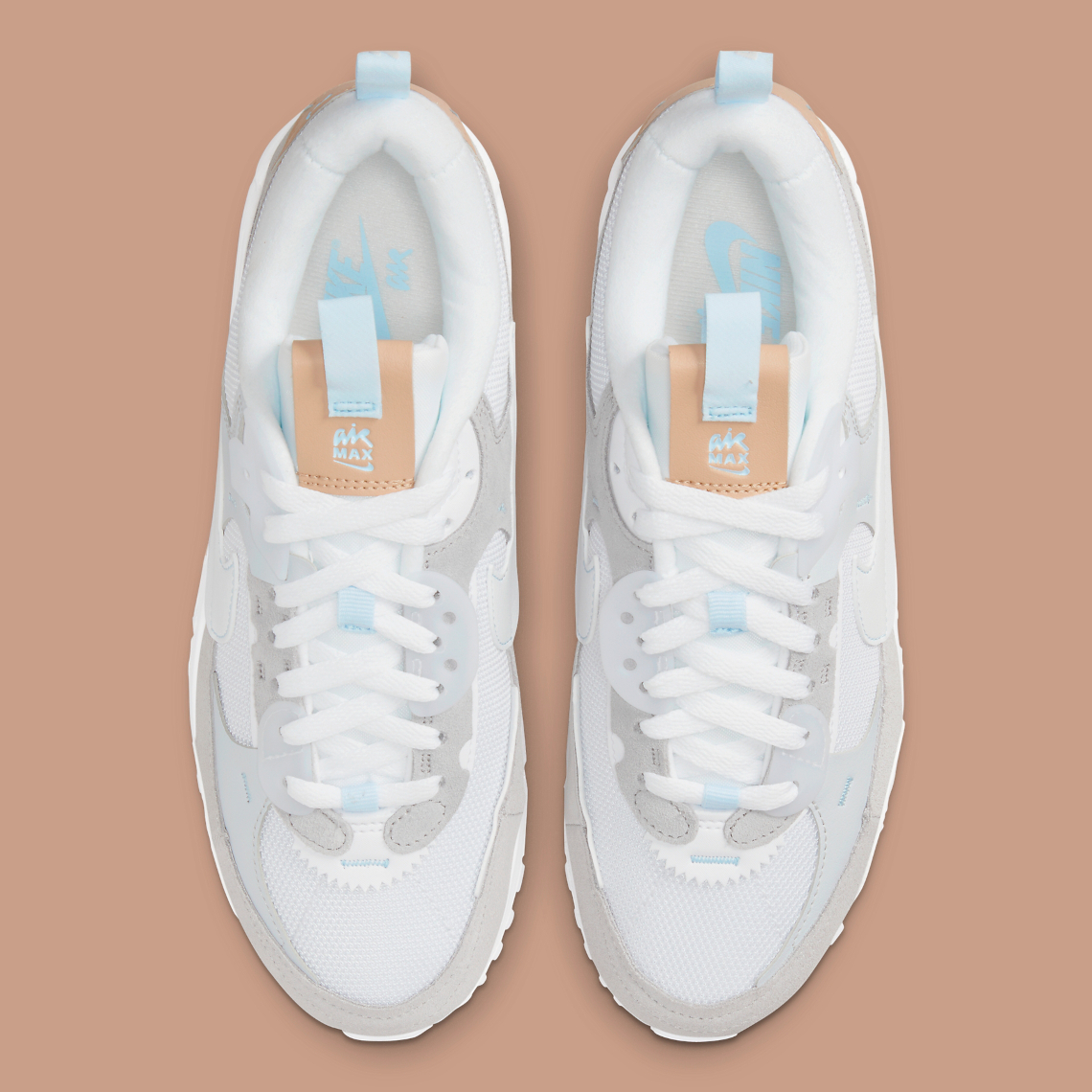 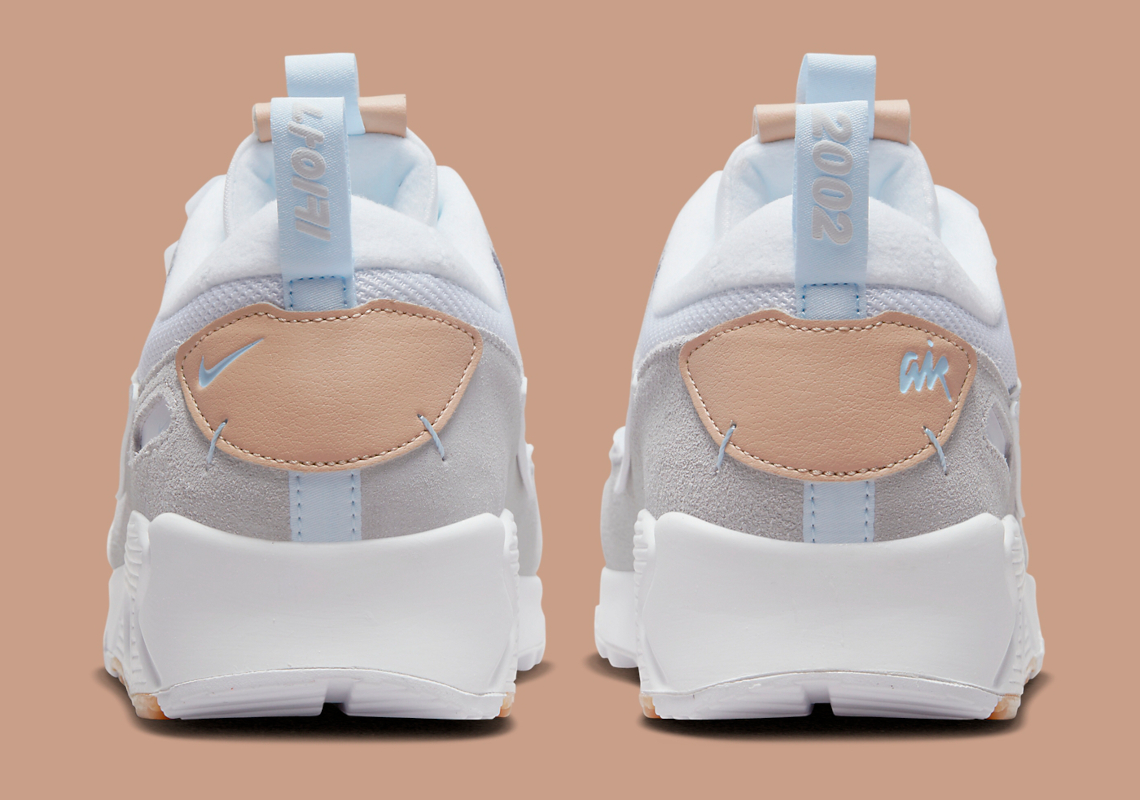 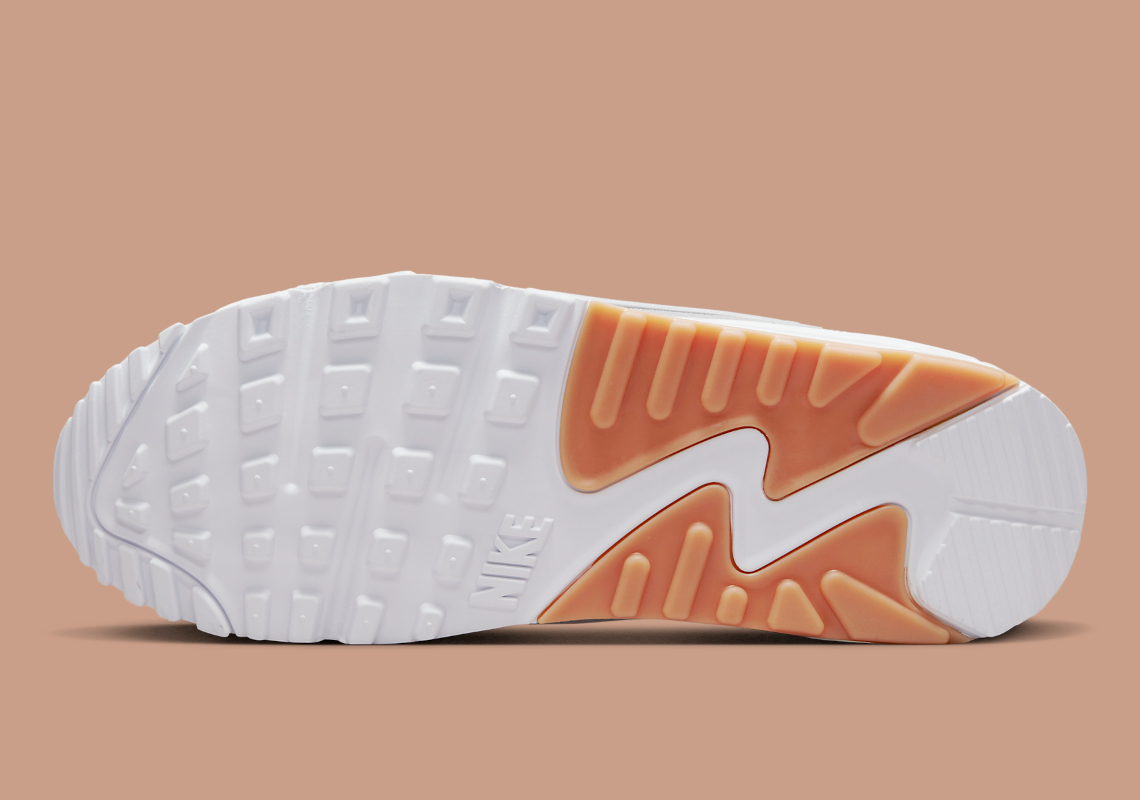 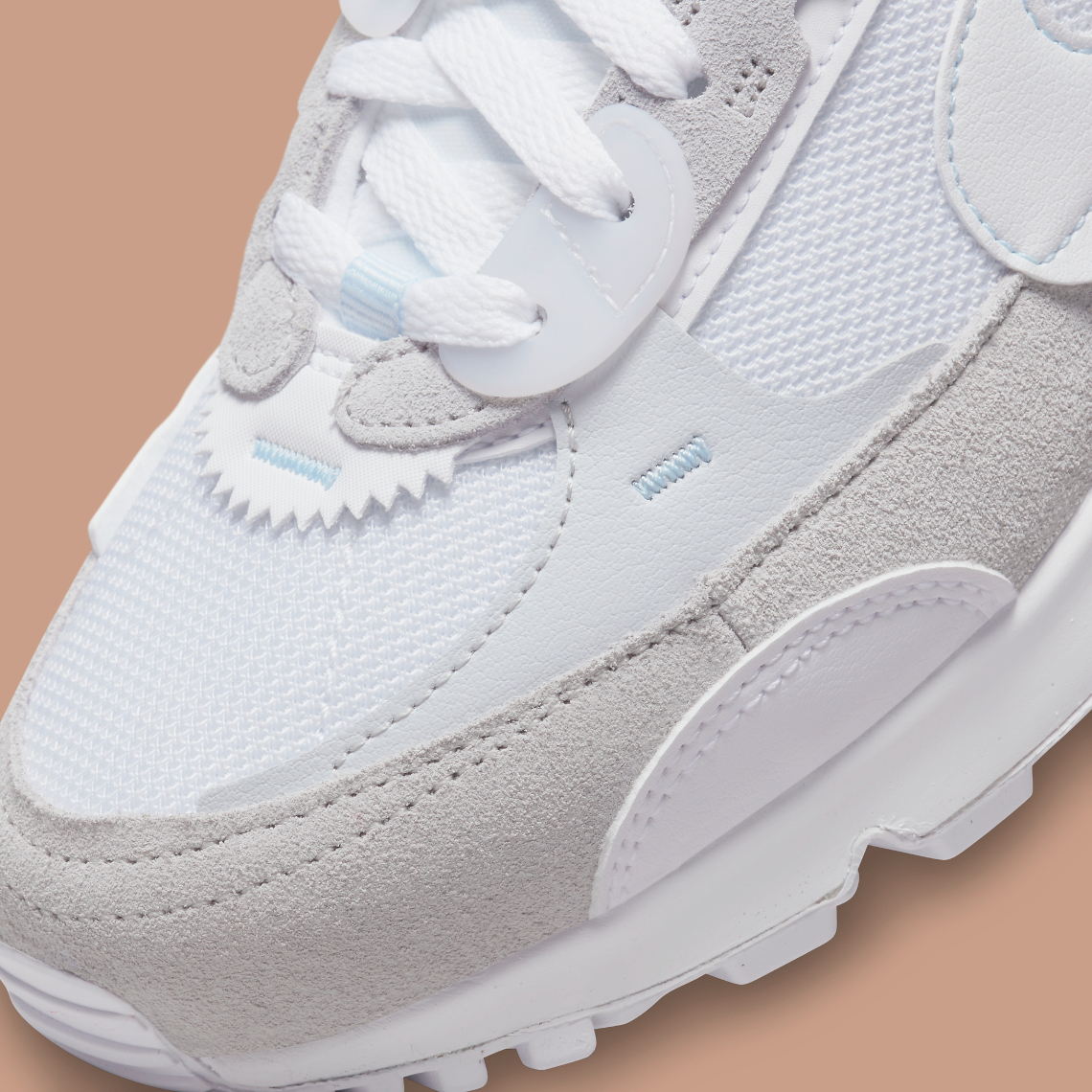 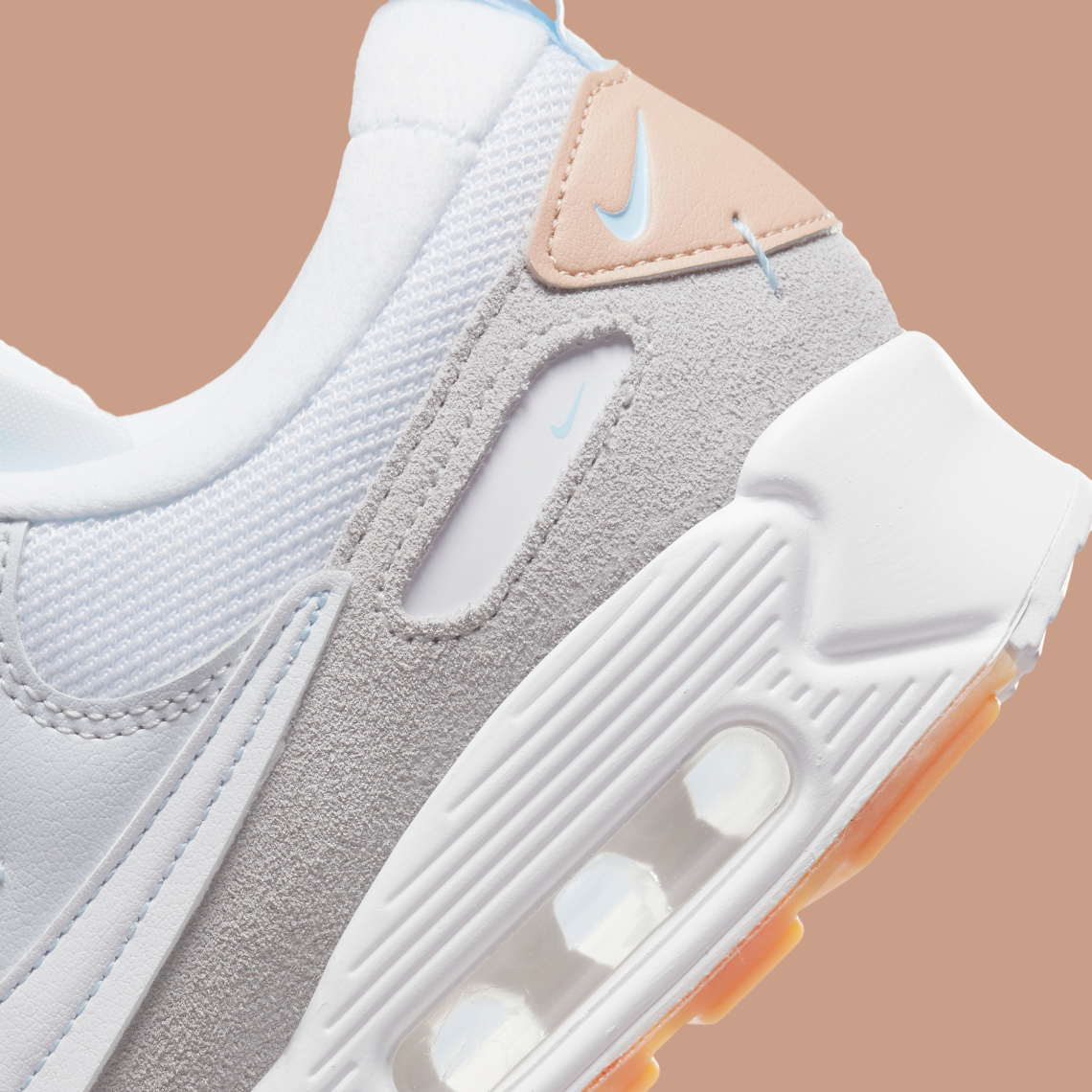