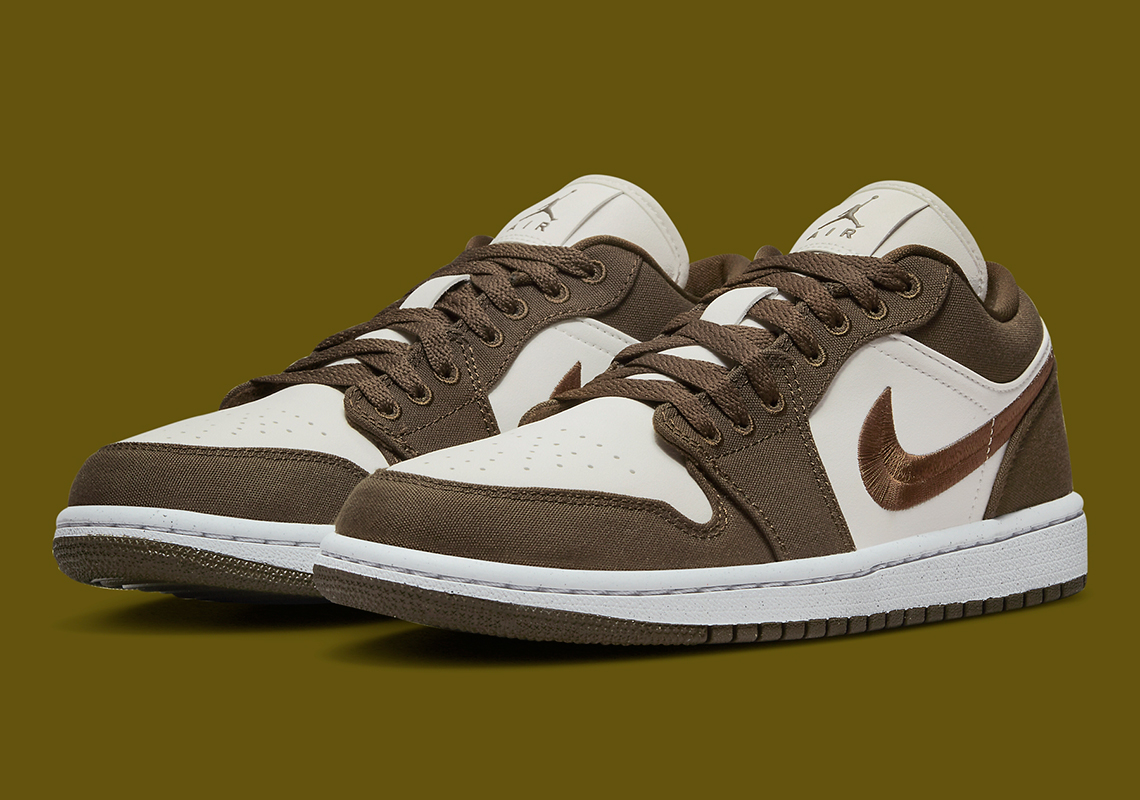 Since the start of the Summer, the Air Jordan 1 Low has indulged in a number of new colorways, donning everything from retro gaming-inspired graphics to quilted panels. The silhouette has even gone as far to borrow the signatures of beloved Swoosh collaborators, namely Stussy and their embroidered Swoosh.

As it appeared on the streetwear label’s hemp-constructed Air Force 1s, the embroidered Swoosh threads along this AJ1 Low’s mid-panel, making use of an olive shade just marginally lighter than what’s found on the canvas overlays adjacent. Browns even darker, then, outfit the laces and tread, while white colors in much of the base as well as the midsole and Wings logo.

For a closer look at this upcoming Air Jordan 1 Low, see below. No release date has been confirmed just yet, but we should learn more about its Nike.com launch soon.

In other news, Nike just unveiled the Zoom Freak 4. 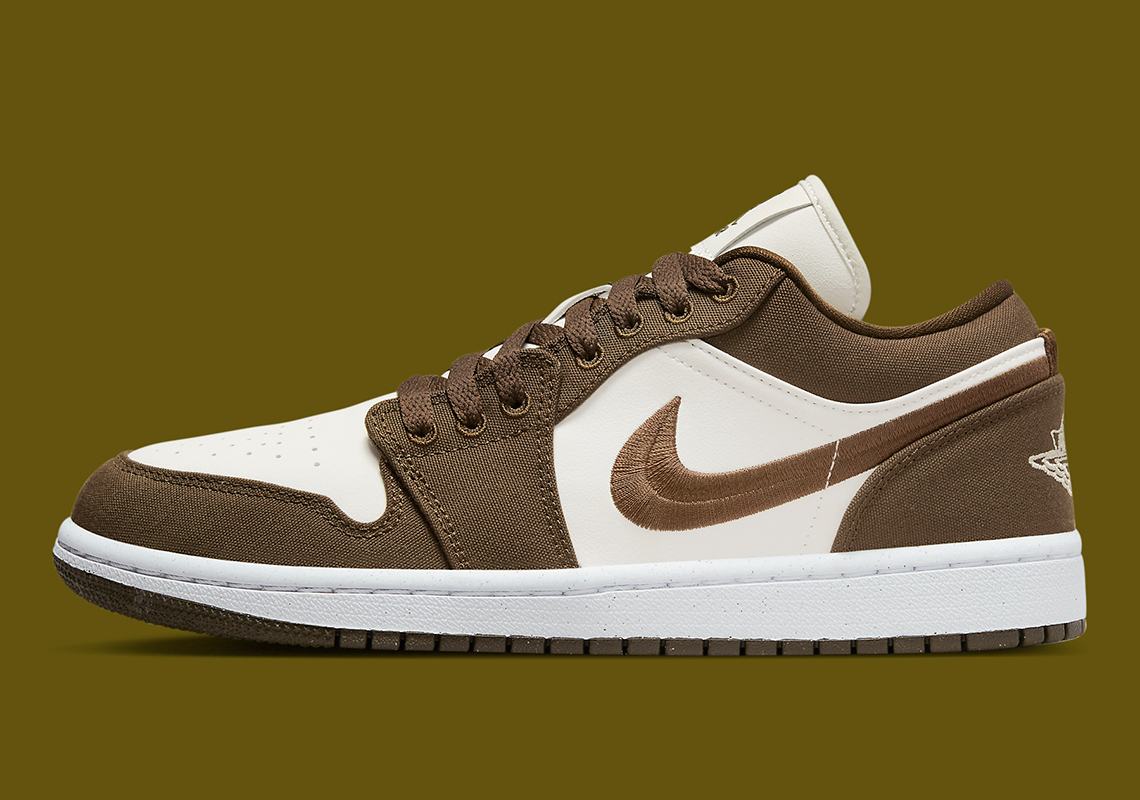 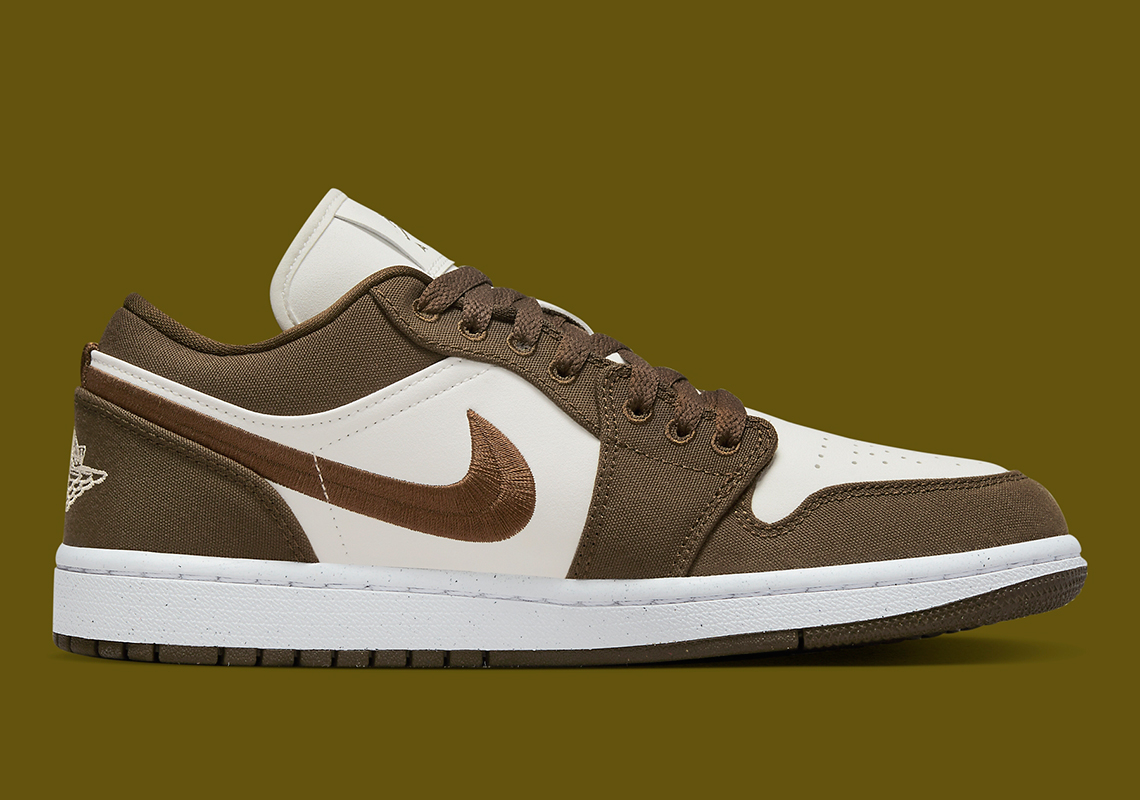 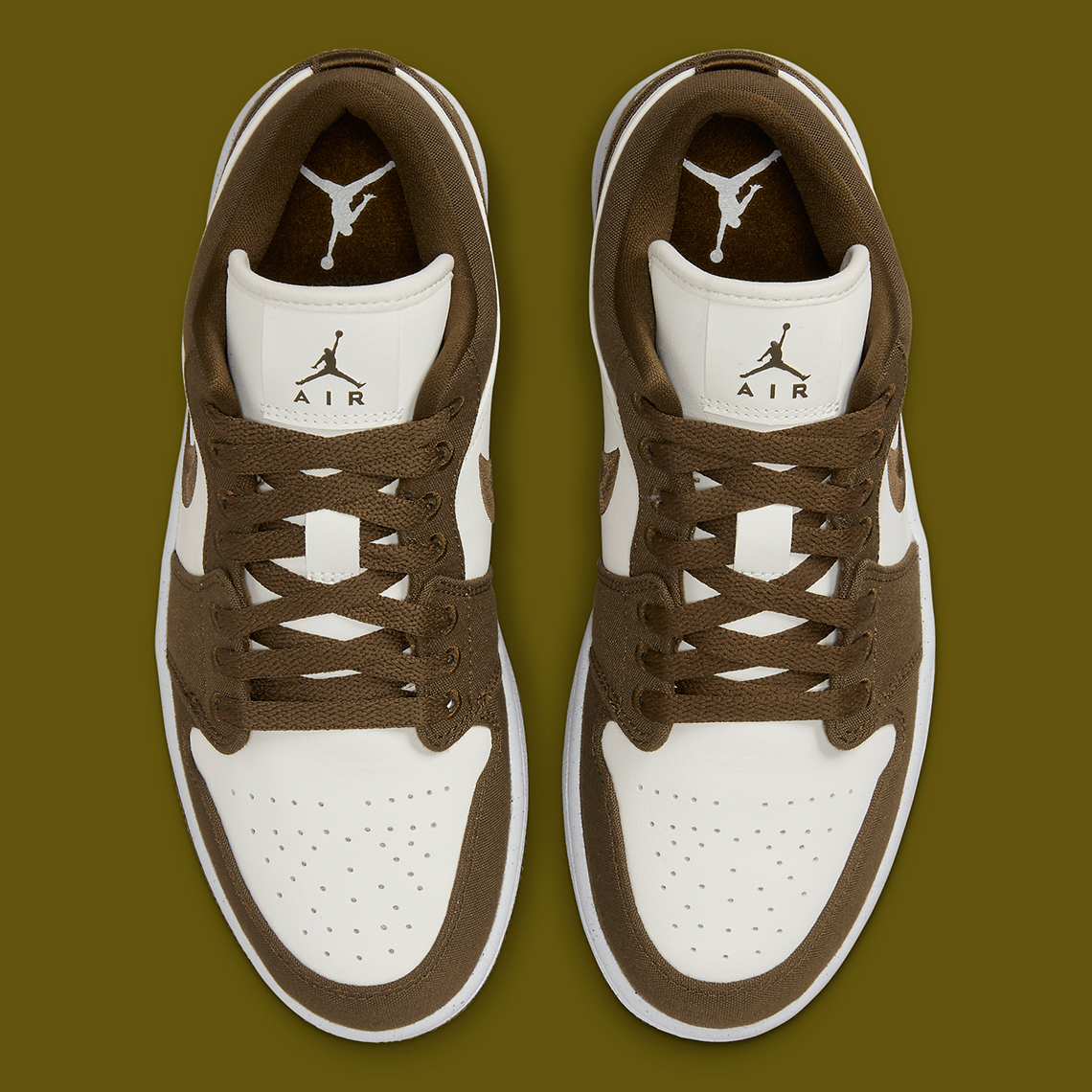 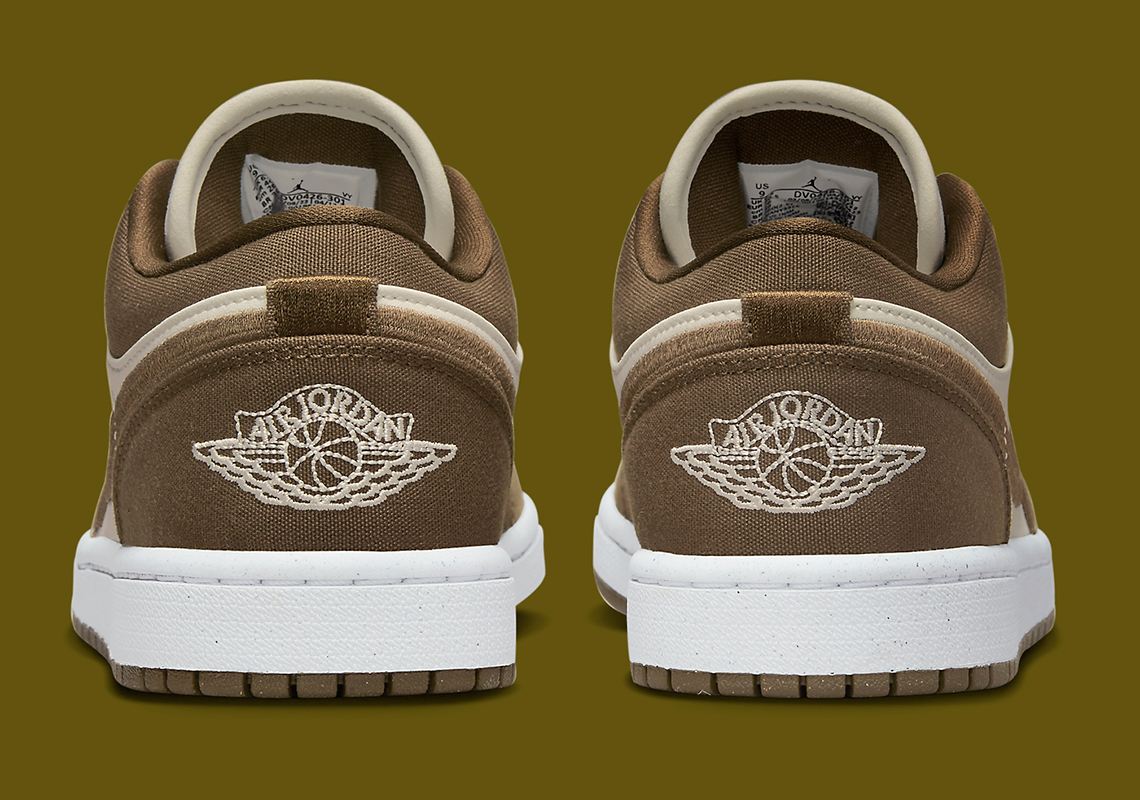 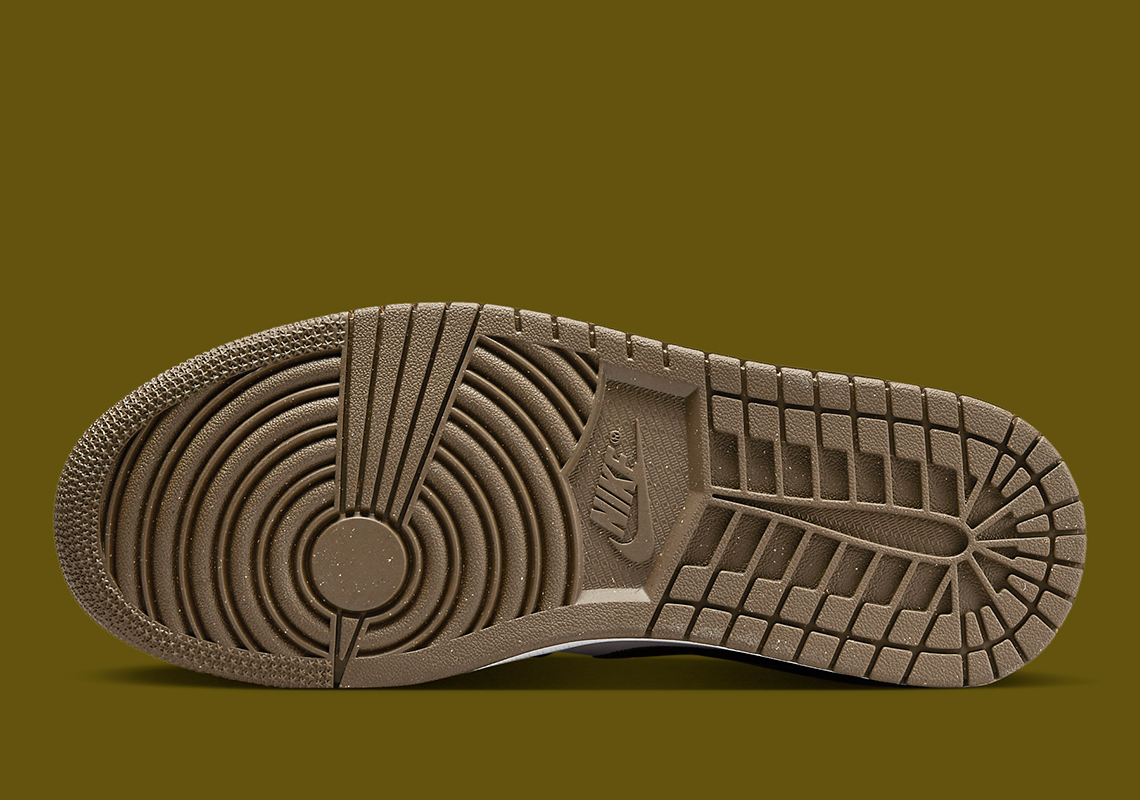 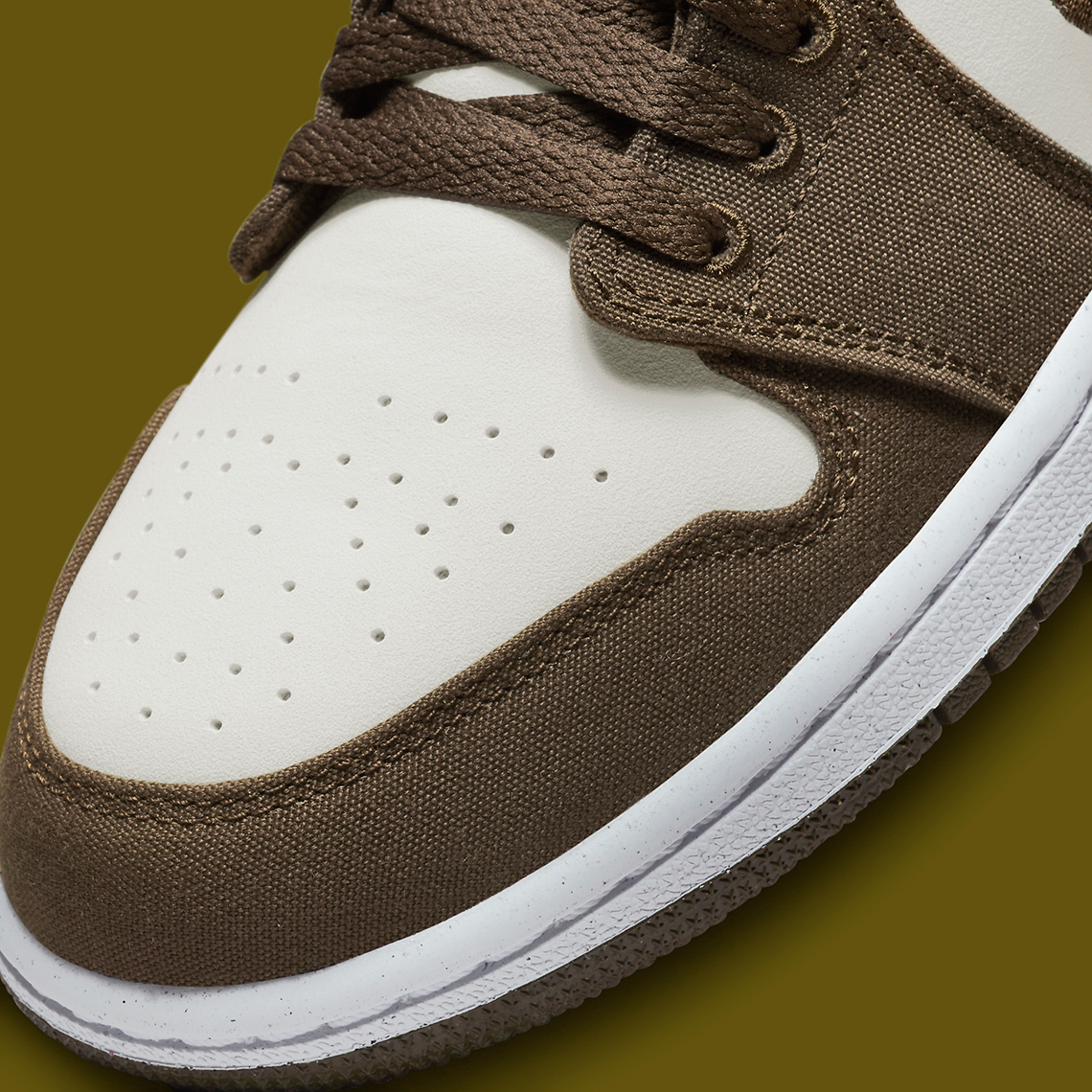 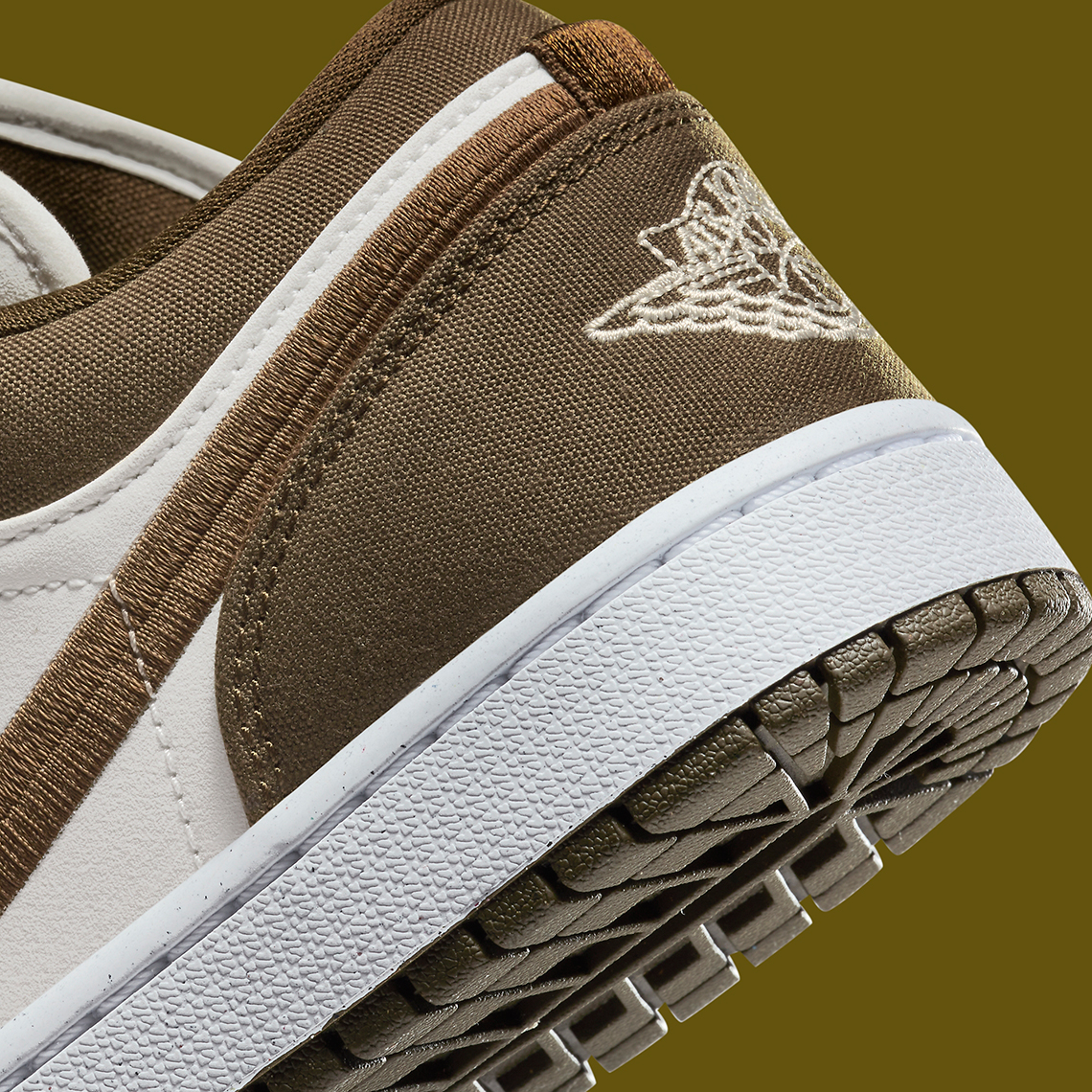