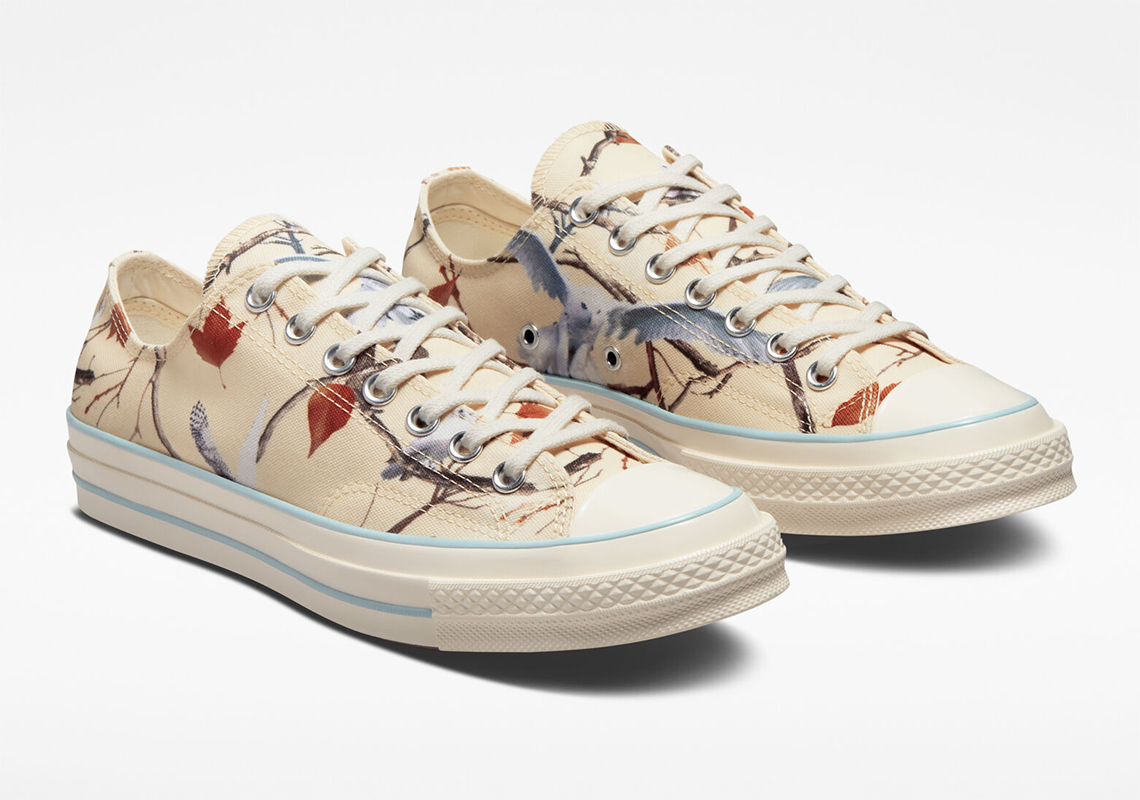 As the partnership between Tyler, The Creator and Converse continues to evolve, the GOLF WANG is seemingly leaning away from the playful colorways and patterns and focusing on a more mature, grown aesthetic. This latest release from the collaborative union doesn’t feature any of the familiar light pinks that have become typical with the releases, but rather an atypical nature-driven pattern that sees a family of owls perched on branches.

Featuring the stately “egret” hue, Converse adds the aforementioned pattern on the cream colored canvas of the Chuck 70, while corydalis blue appears via the rubber stripe above the midsole. The reddened leaves falling off the limbs further suggest a Fall aesthetic, while the GOLF logo appears calmly on the insole.

The latest in the GOLF WANG x Converse footwear series is set to launch on July 1st for $100. 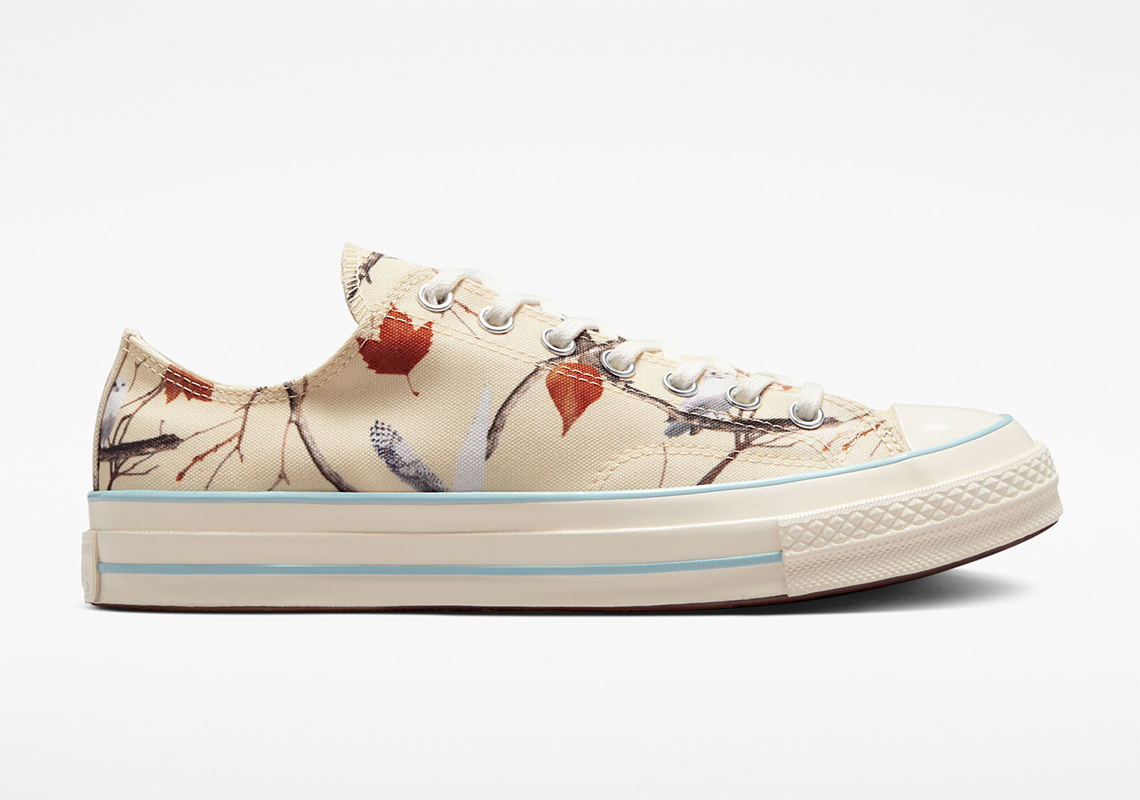 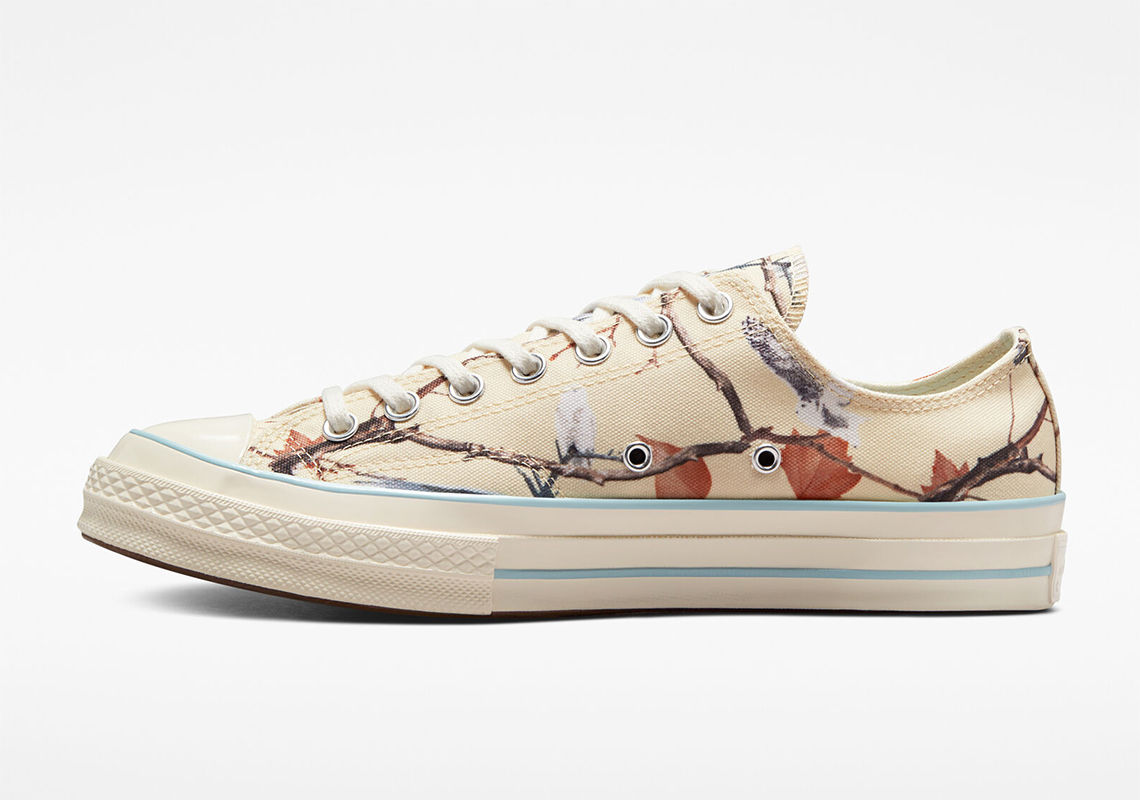 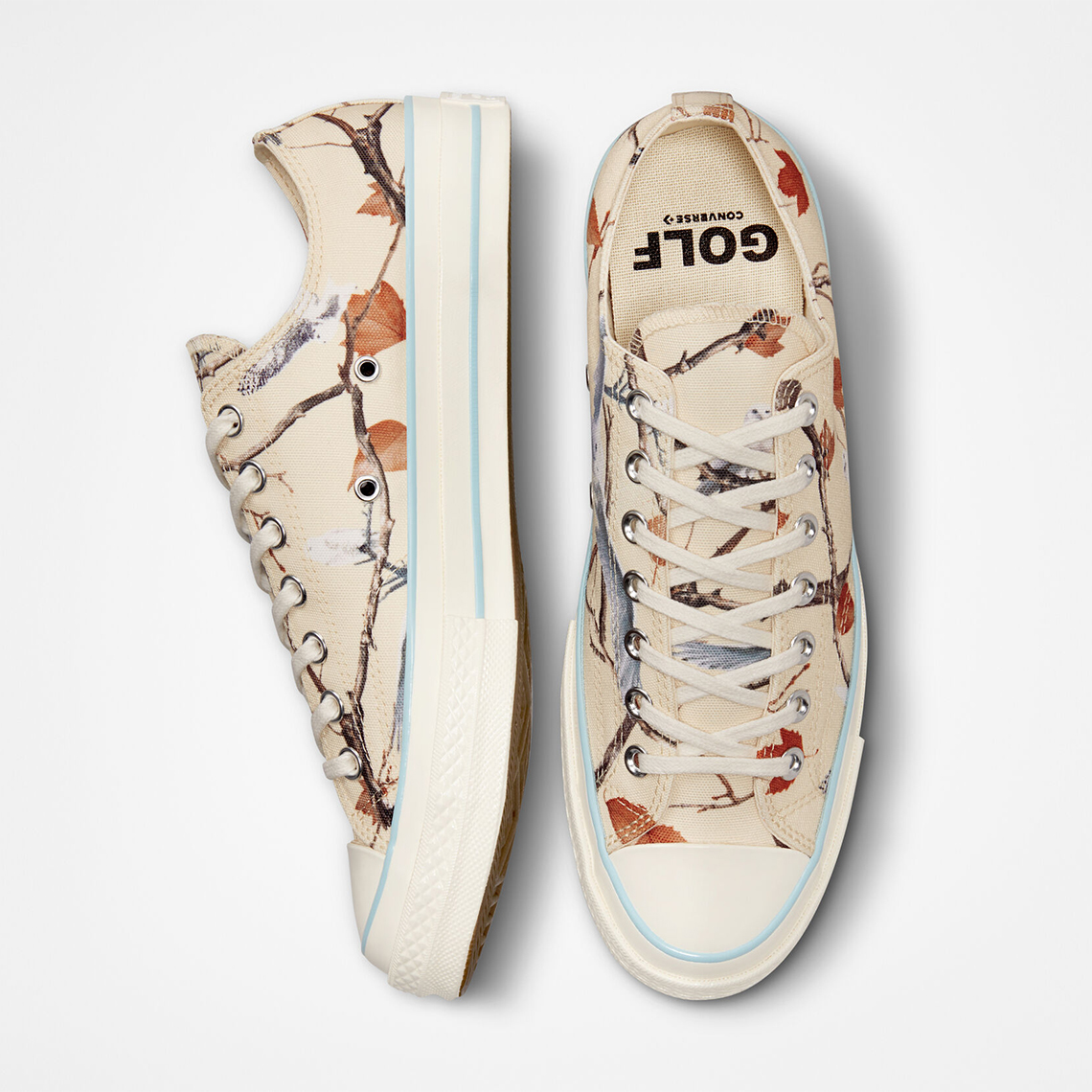 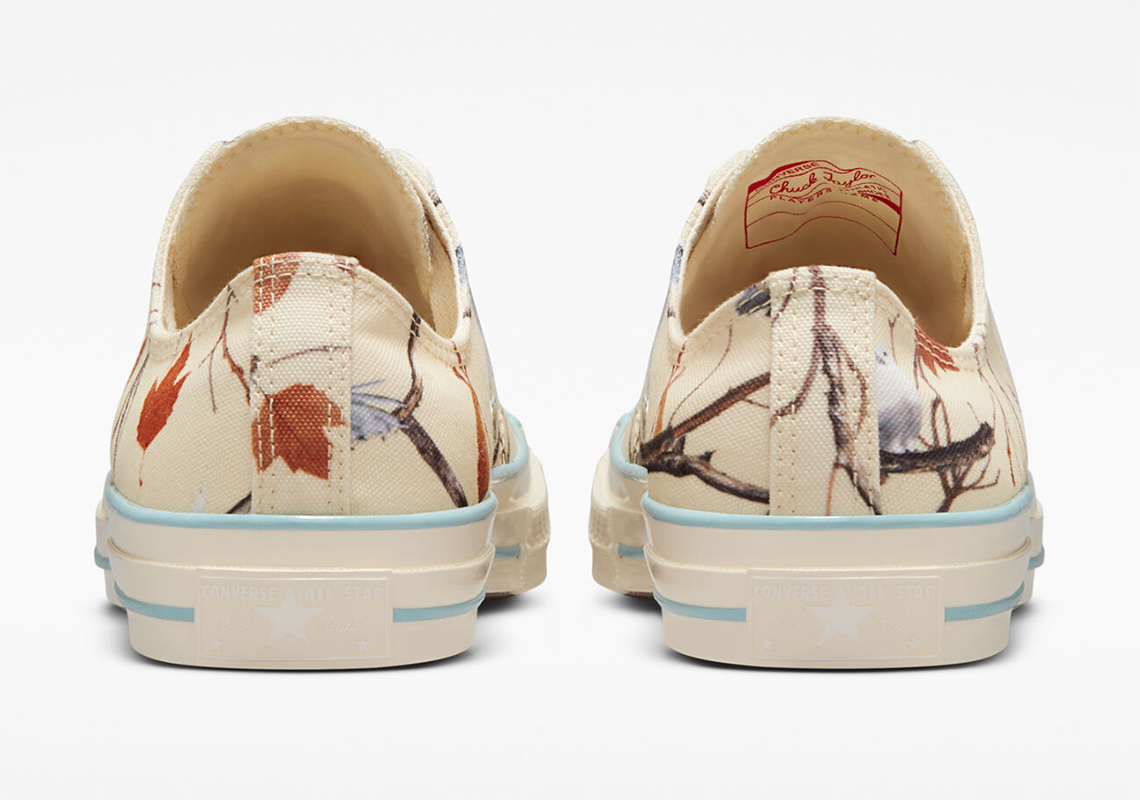 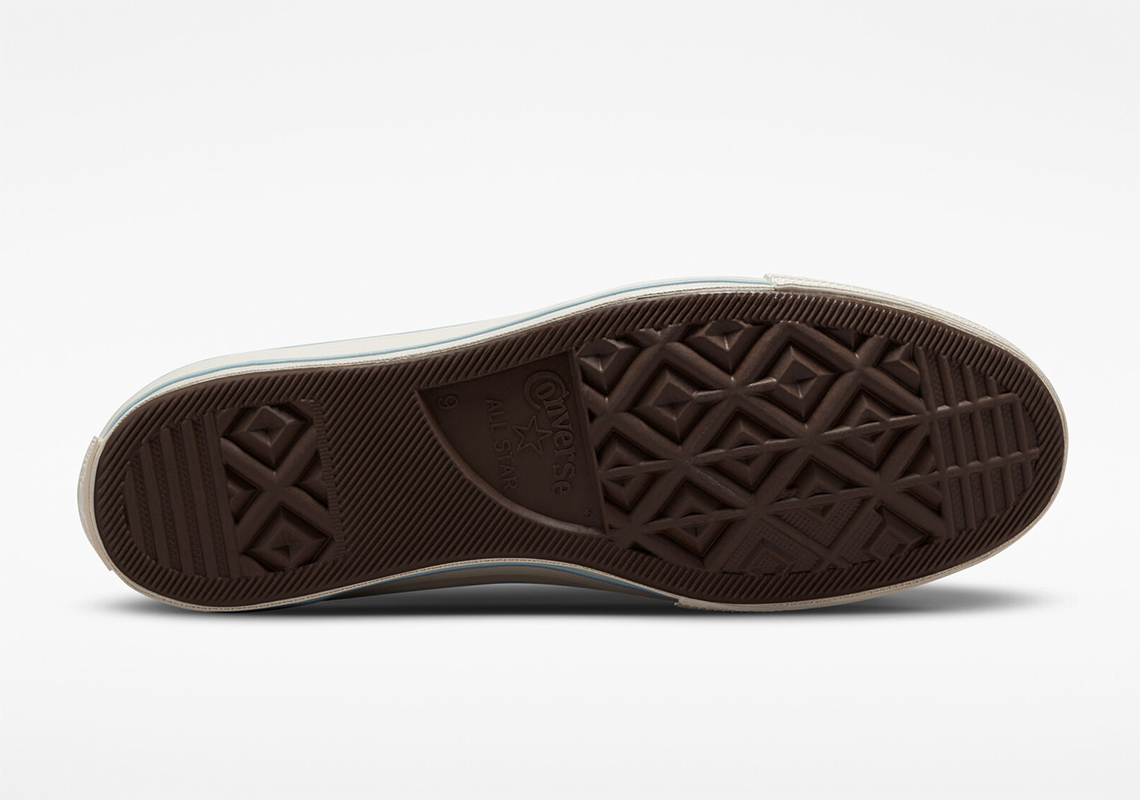