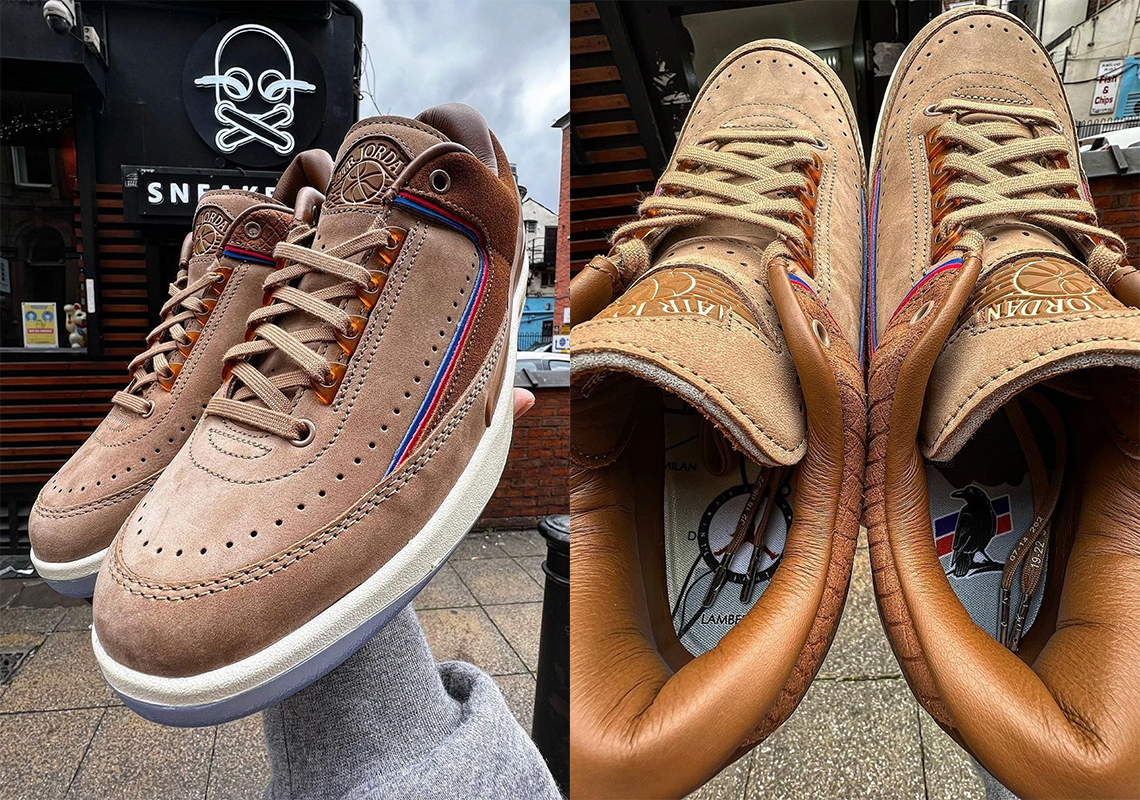 Historically, the Air Jordan 2 Low has been a more neglected proposition within #23’s eponymous signature sneaker series, but the silhouette has become an exciting offering over the last year.

Recently, Detroit’s Two 18 boutique was linked to a pair of the lifestyle-focused model, though the sneakers were initially incorrectly attributed to Travis Scott. The shoe abandons the faux “cracked” midsole and minimalist redesign seen on other collaborations in favor of a true-to-OG build clad in a premium mix of brown suede and leather, semi-translucent, icy blue midsoles and more. Burn Rubber’s sister boutique hasn’t disclosed any details behind its inaugural Air Jordan joint-effort, but the muted ensemble likely nods to some aspect of old Detroit. Red and blue accents contrast the smart shades of brown that dominate the retro, and appear behind a raven logo on the right sock-liner; left counterparts feature the map of some city, with Milan, Michigan potentially being referenced. In any case, Two 18’s low-top Air Jordan 2 will surely have a whole new audience not only coveting the once-overlooked sneaker, but also stopping by the shop’s 1400 E Fisher Service Dr. location when in the “Motor City.”

Enjoy an early, but detailed look at the shoes ahead, courtesy of Instagram account @sneaker63official. A firm Nike SNKRS release date hasn’t been disclosed, but that is likely to change as the holiday season inches closer.

For more from NIKE, Inc., check out all upcoming Air Max releases. 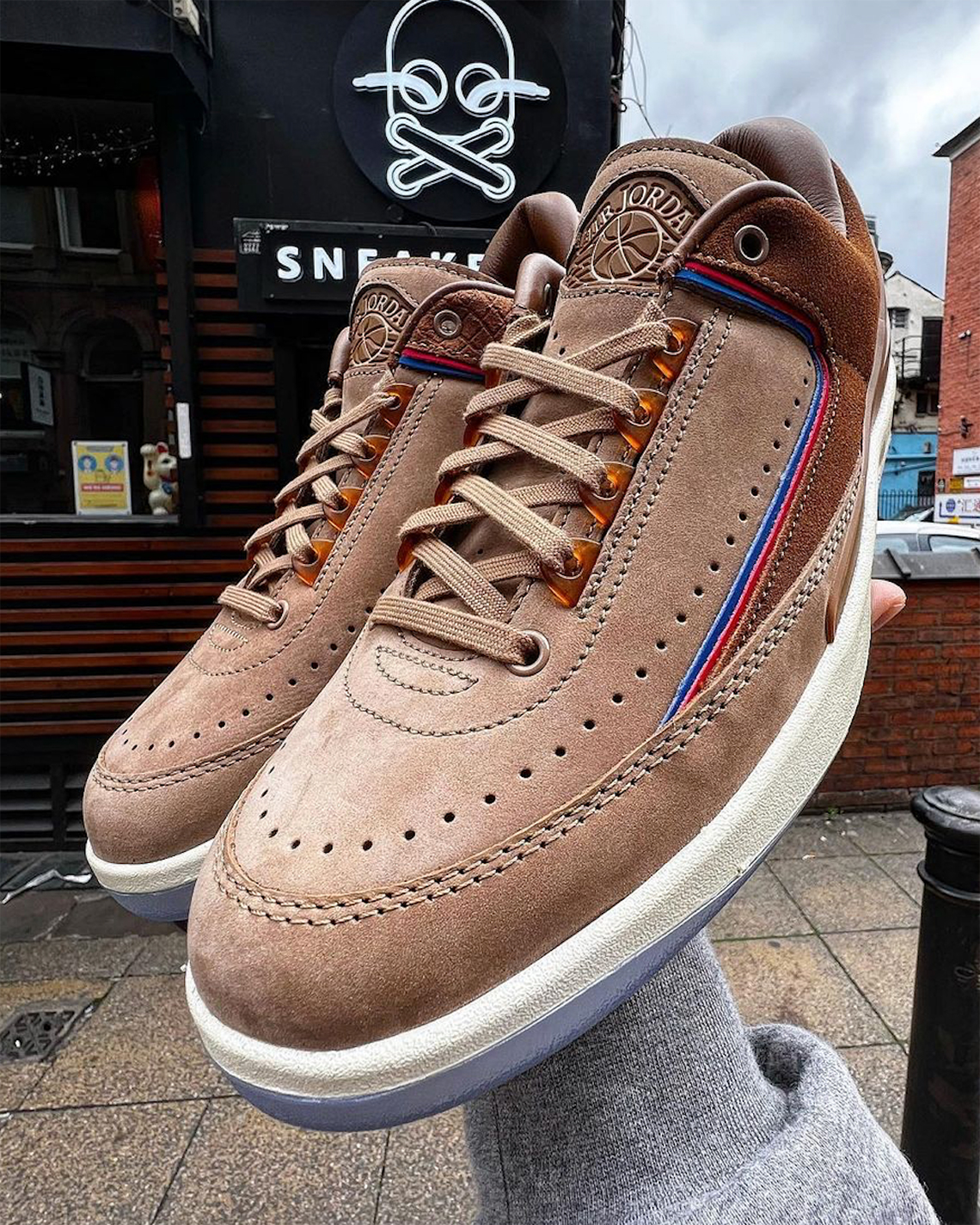 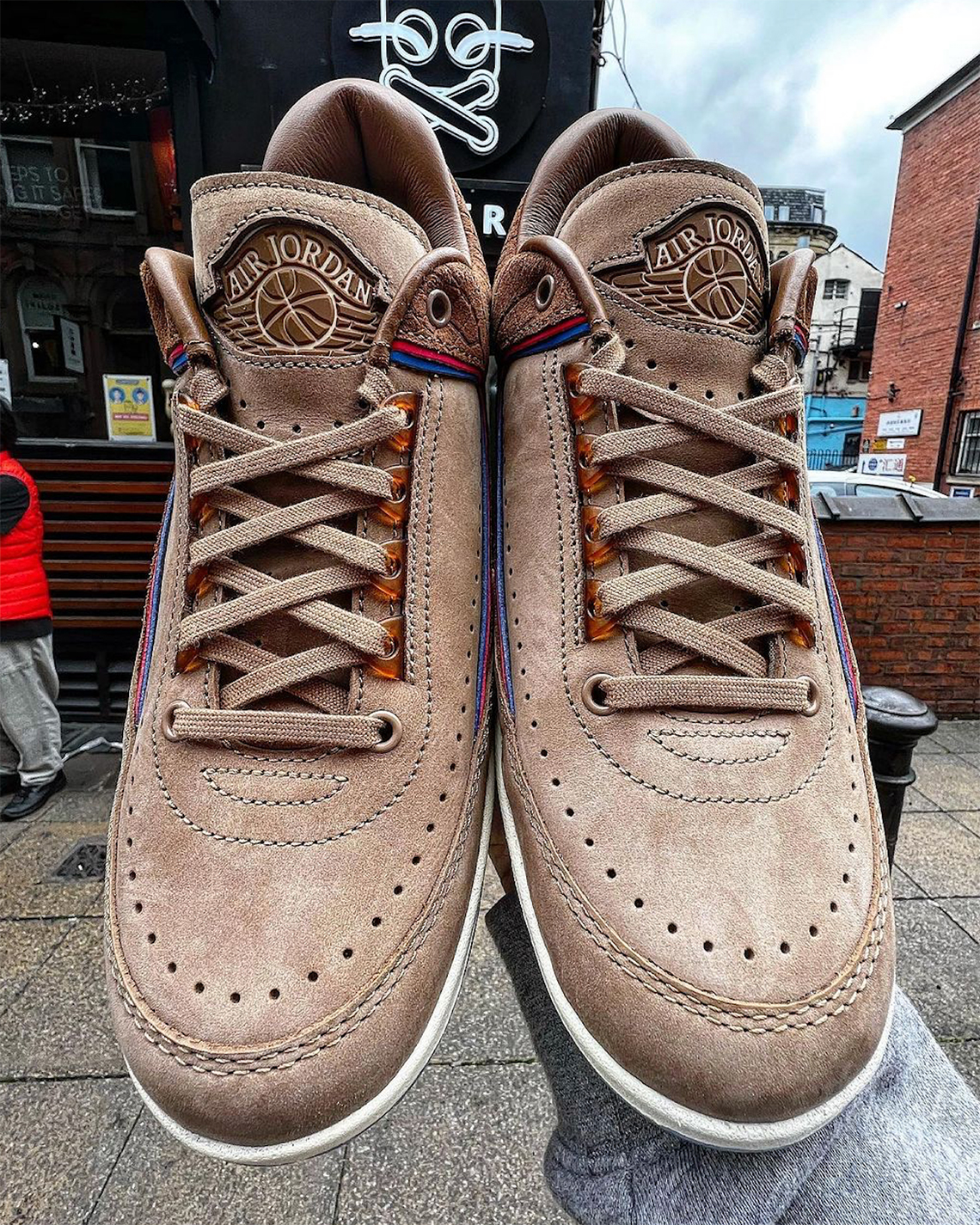 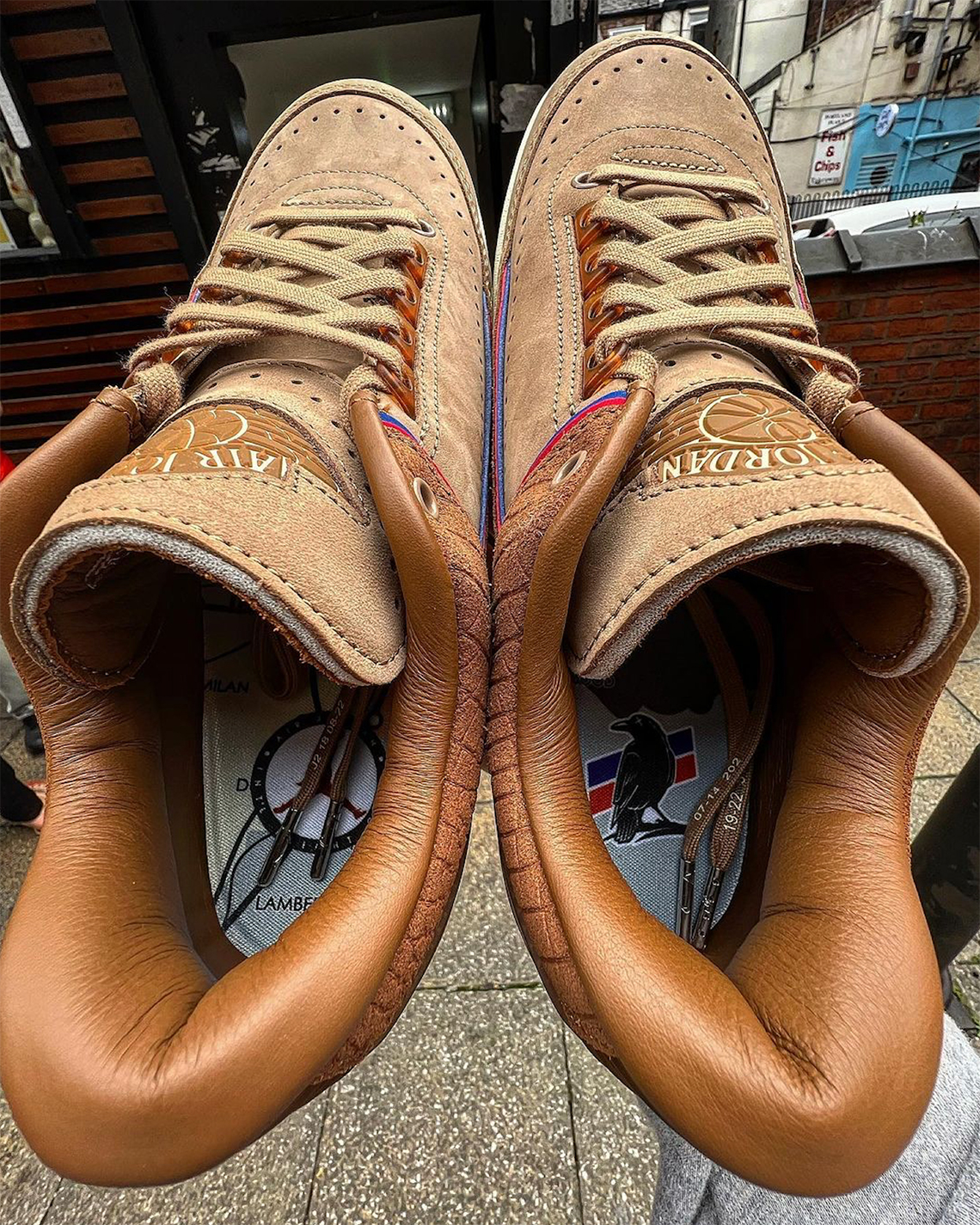 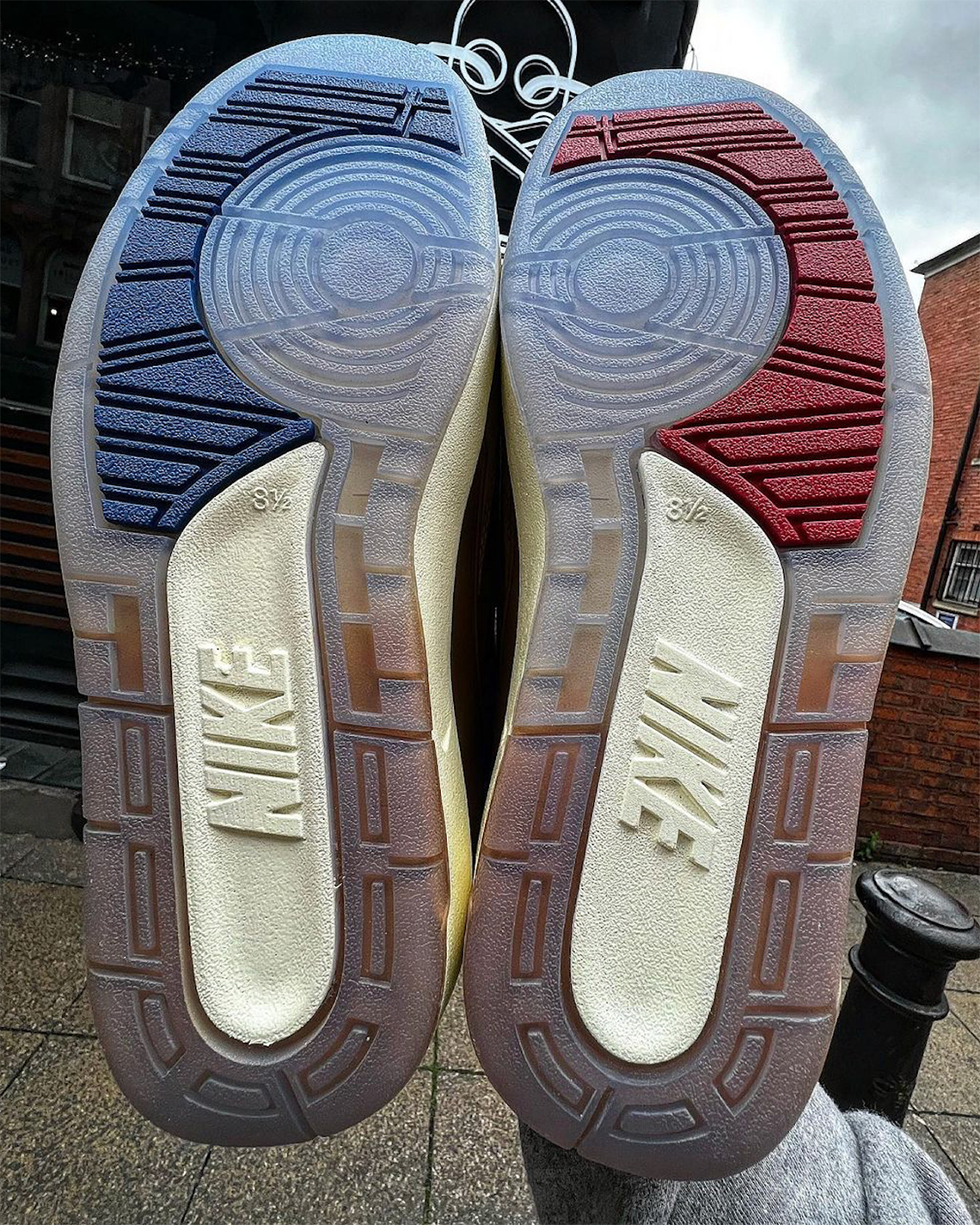