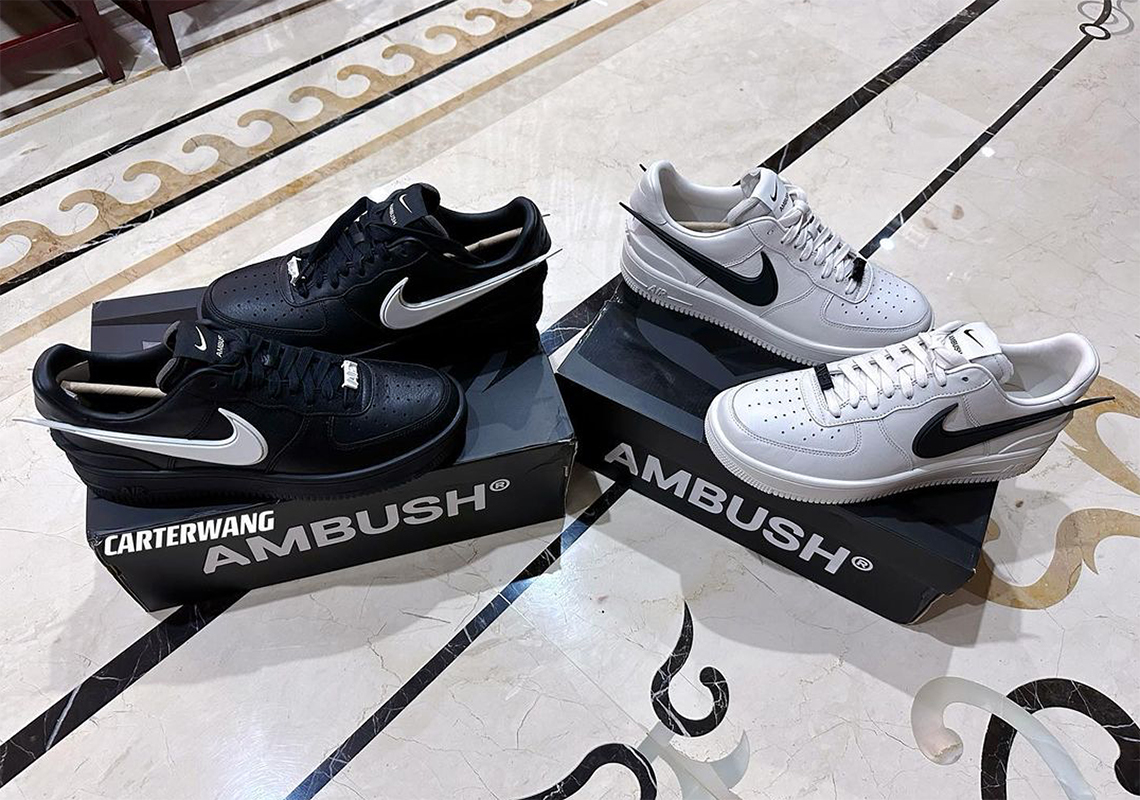 Yoon Ahn has enjoyed numerous collaborative releases ever since she joined forces with Nike back in 2018. And following Air Max 180s, Converses, and the like, the designer would reimagine the Dunk High in 2020, adding to the shoe elements inspired by Japan’s passionate car, truck, and bike culture.

Fast forward another two years and AMBUSH is once again drawing from the very same source, though this time they’re applying these influences to the Air Force 1, likely in honor of the shoe’s 40th Anniversary. Prepared in two colorways — black-on-white and vice versa — the shoe features the tailpipe Swoosh popularized by the above-mentioned Dunk High; the heel clip, too, is reminiscent, featuring AMBUSH branding all the same. Elsewhere, though, the design is much more true to Bruce Kilgore’s original blueprint, albeit with various co-branding, an enlarged heel tab, and what appears to be a more premium construction.

For a first look at the AMBUSH x Nike Air Force 1, see below. At the time of writing this, a release date has not been revealed; for now, sit tight and await future updates. 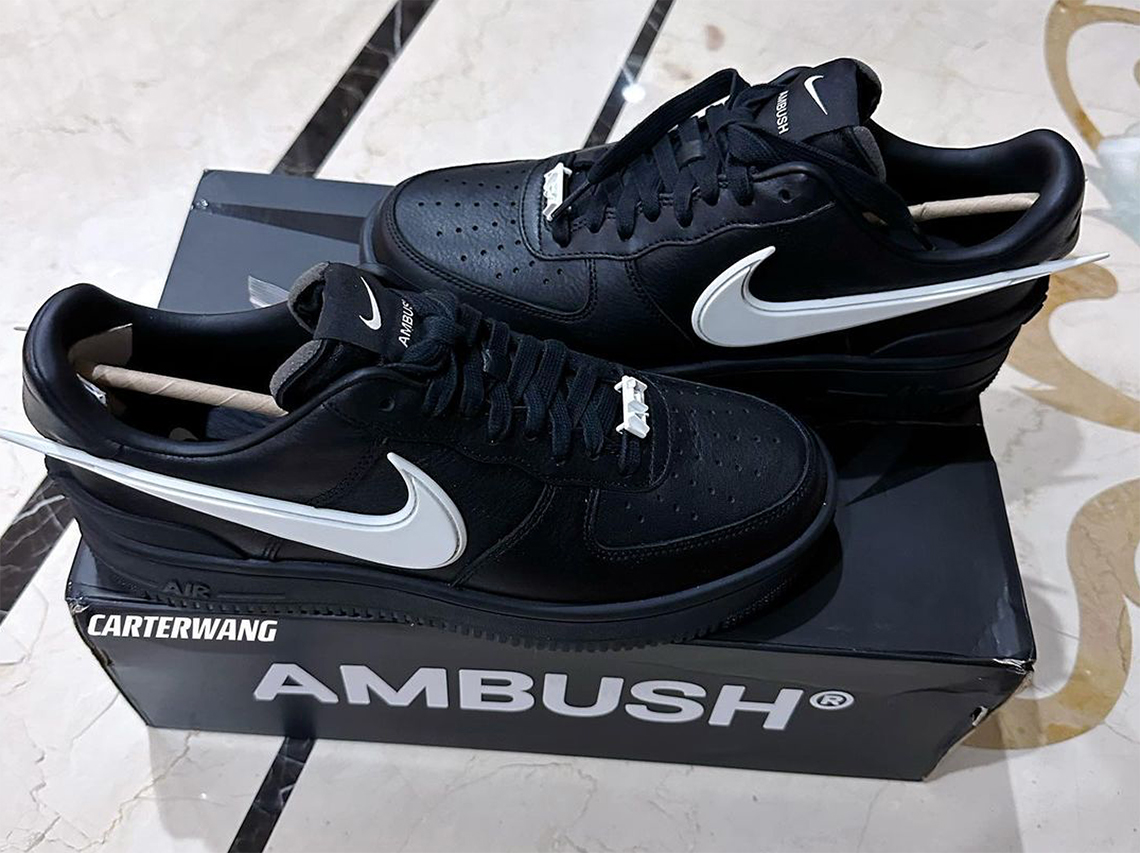 UPDATE 9/21/2022:
Yoon Ahn has revealed a red colorway of her AMBUSH x Nike Air Force 1. Images have been added below. 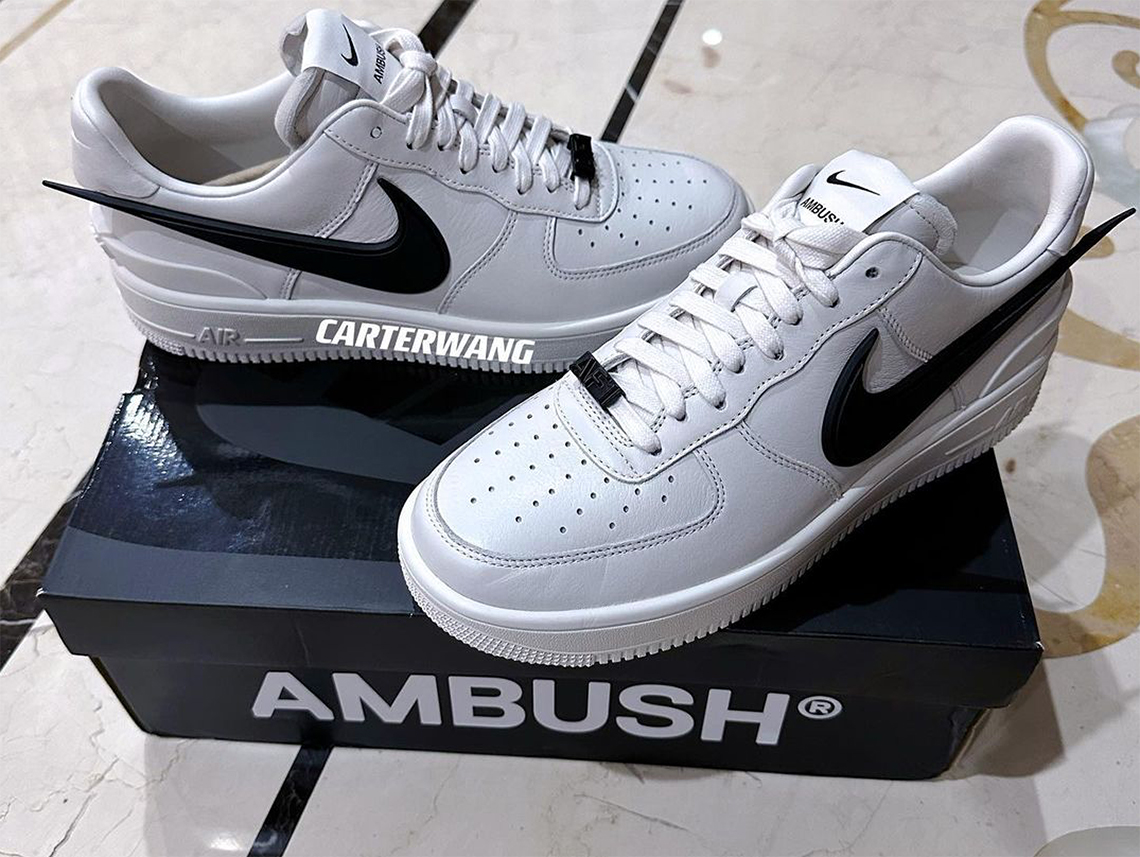 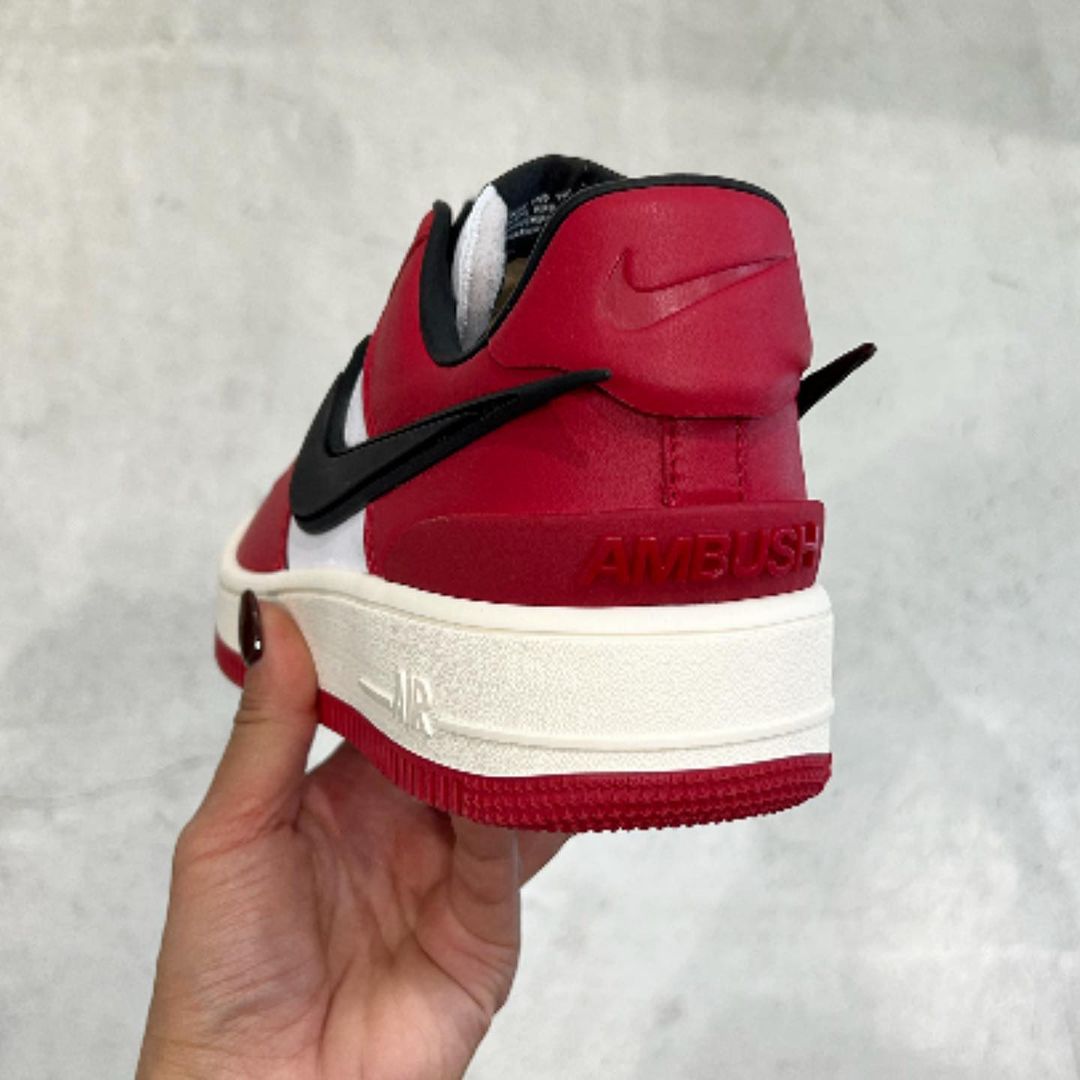 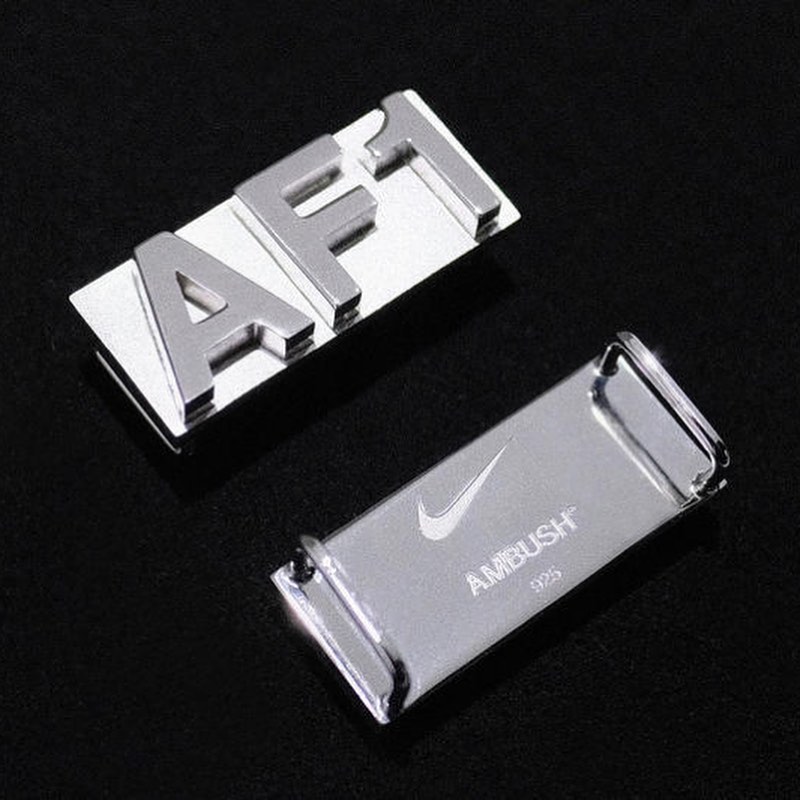 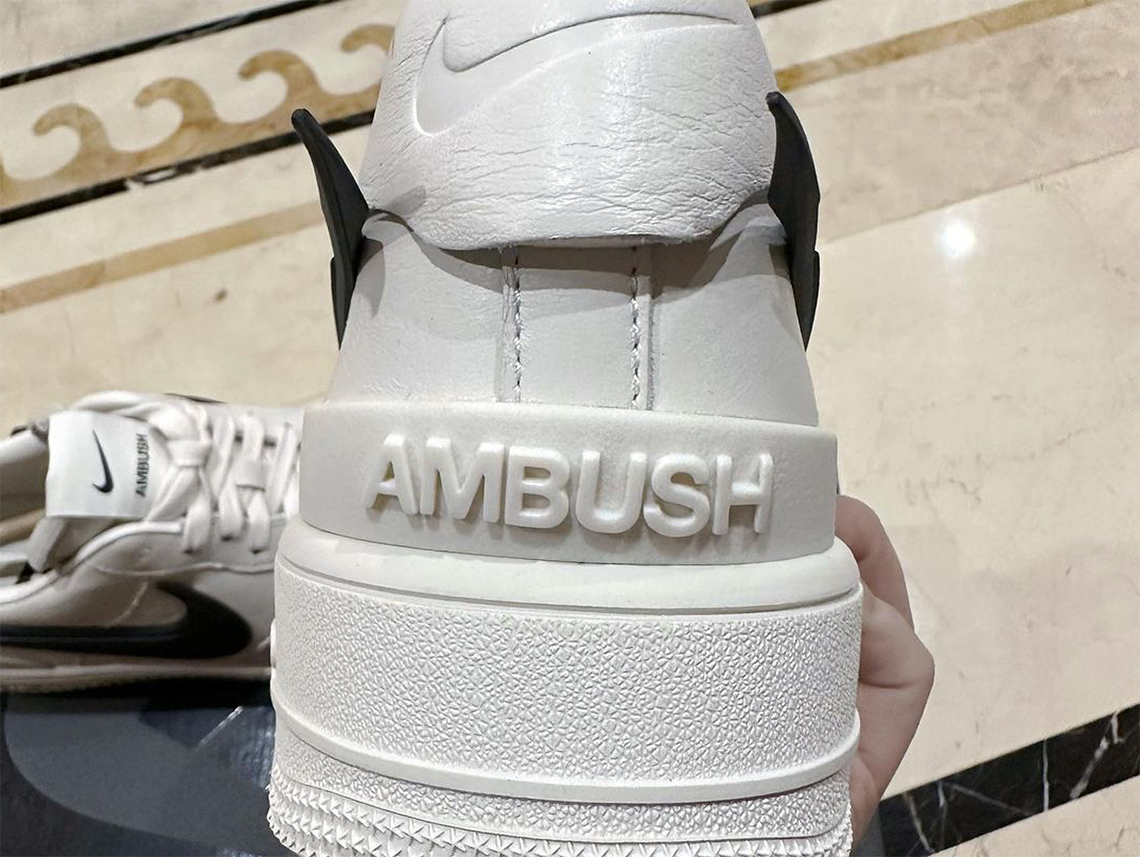 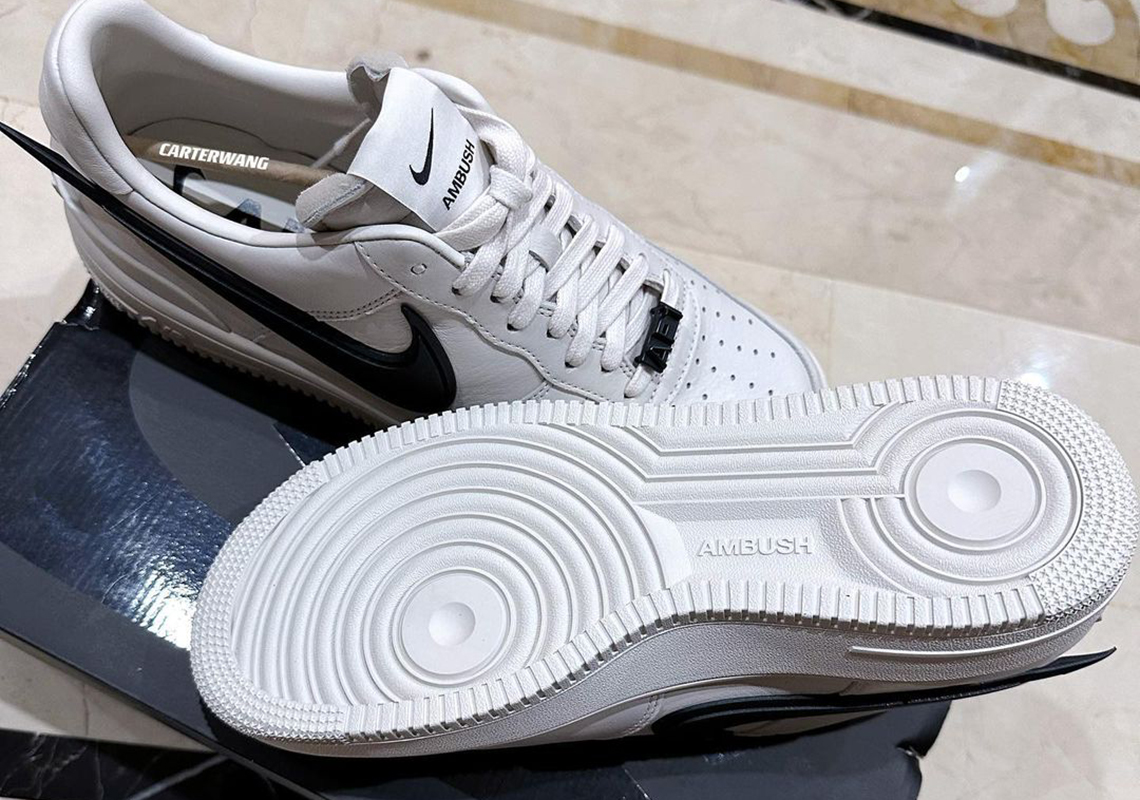