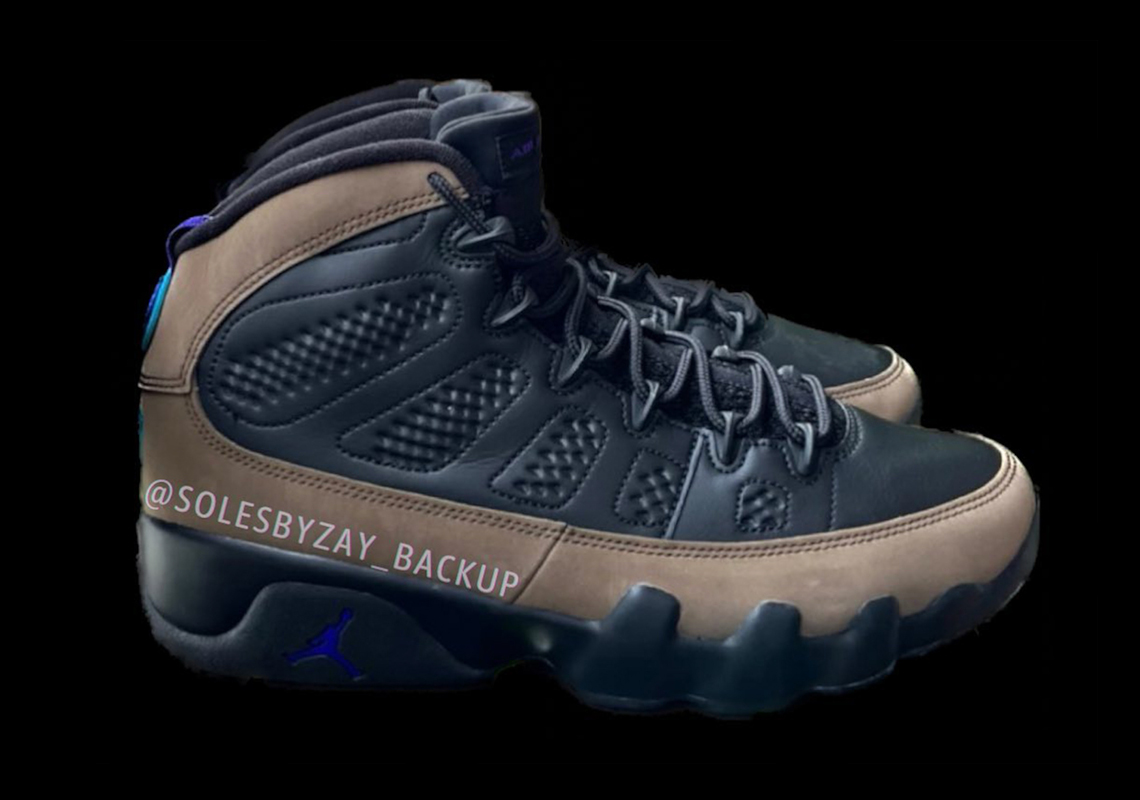 As a sneaker in which Michael Jordan never played an official NBA game, the Air Jordan 9 has historically been one of the most overlooked in the guard’s first 14 signature shoes. Ahead of the new year, however, Tinker Hatfield’s seventh design for #23 is set to drop in a “Black,” “Bright Concord,” “Light Olive” and “Aquatone” colorway with hopes of energizing the market around it.

Unquestionably rooted in the heritage of the “Black/Light Olive/True Red” style that debuted in 1993, the upcoming retro delivers a refreshing take that’s already led to some collectors to express their disappointment on social media. Nevertheless, the boot-like Air Jordan will provide a cold weather-appropriate look, while also keeping things far from drab given its “Bright Concord” and “Aquatone” flair across branding and pull tabs. The upcoming offering may lead the charge for the return of the standard “Olive” Jordan 9 (last seen in 2012) to return for the sneaker’s 30th anniversary. Time will tell, however, although it’s unlikely that the silhouette gains unprecedented popularity without a high-profile co-sign (yes, we’re thinking about Travis Scott).

Enjoy an extremely early look at the pair ahead, courtesy of Instagram user @solesbyzay_backup, as you wait for a Nike.com release on January 7th, 2023. 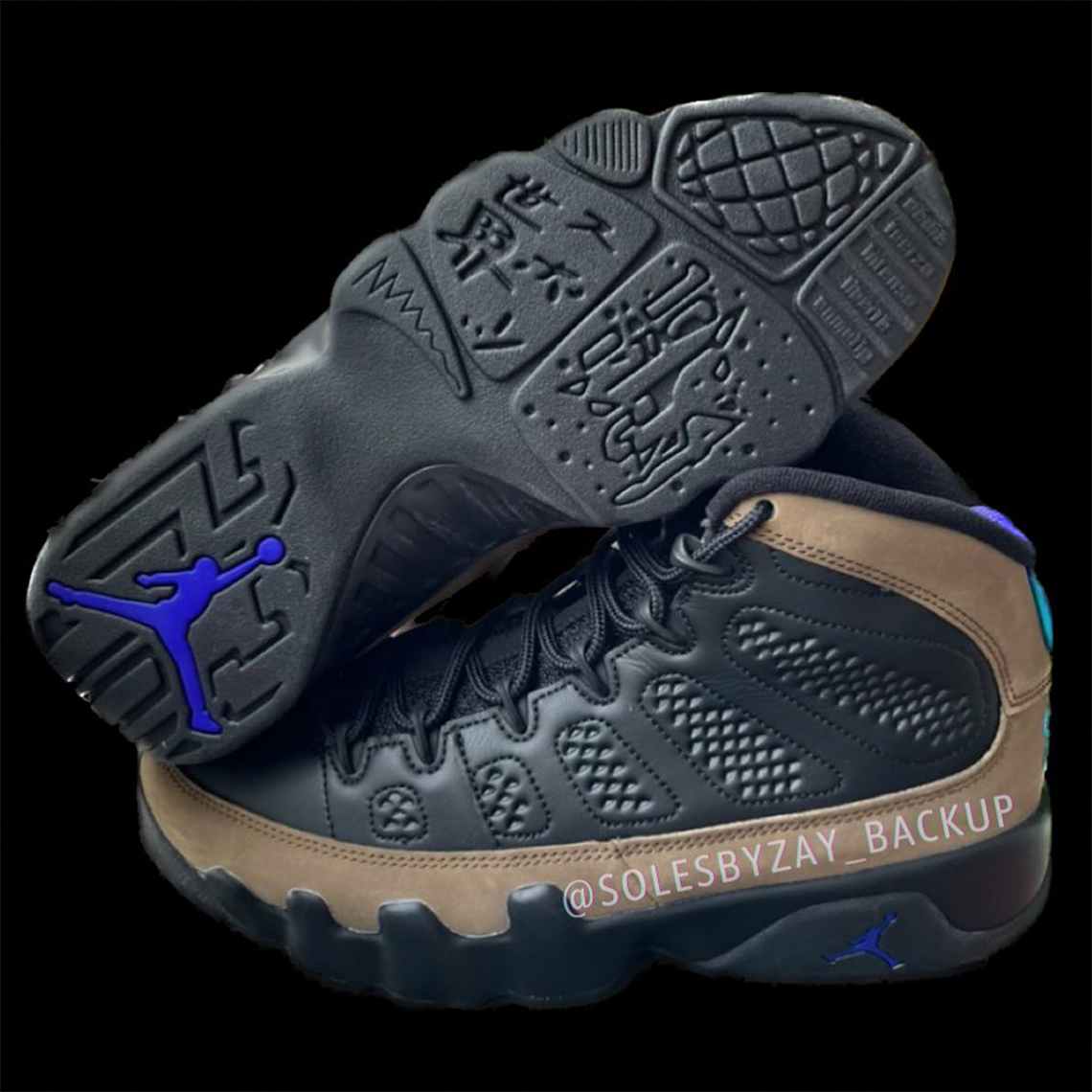 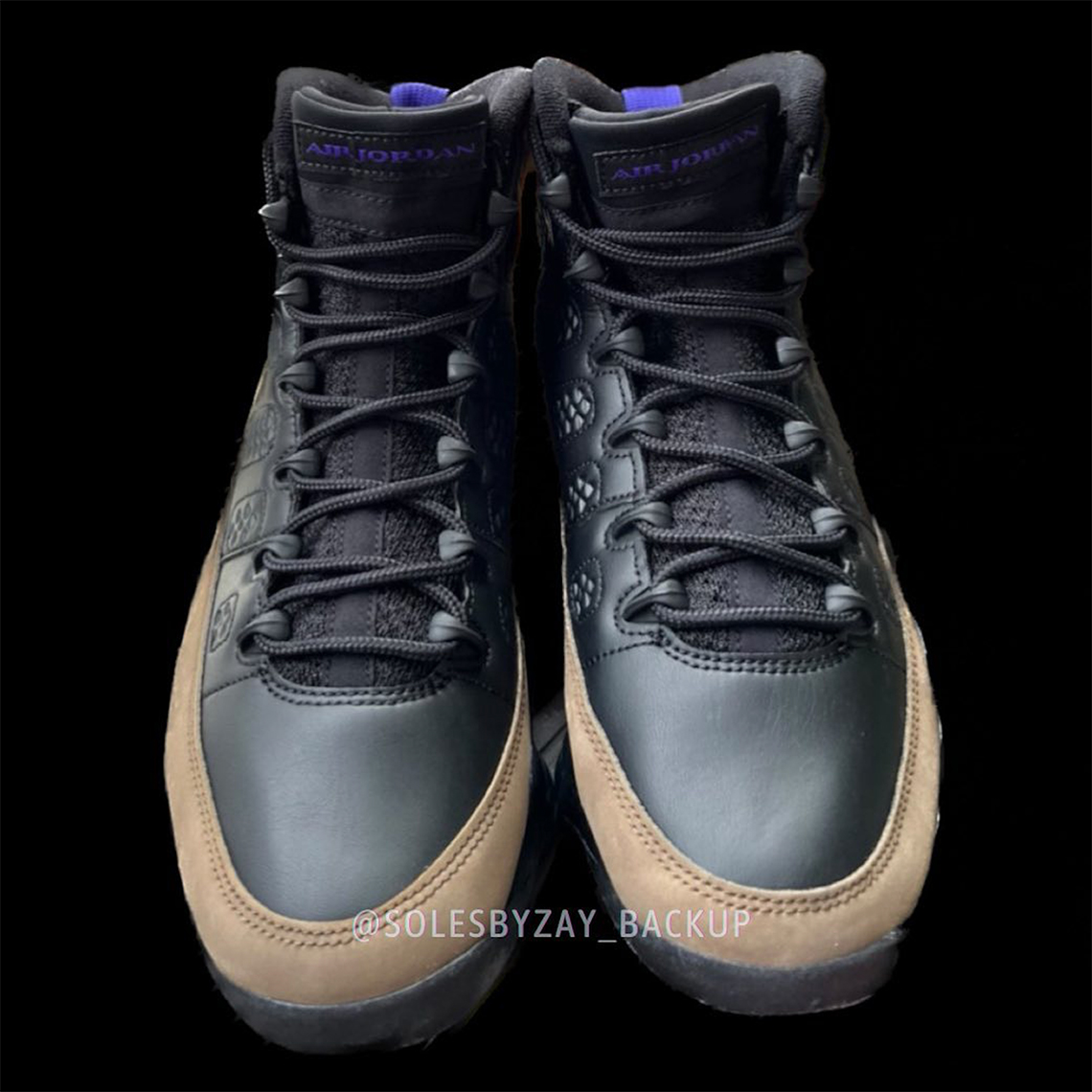 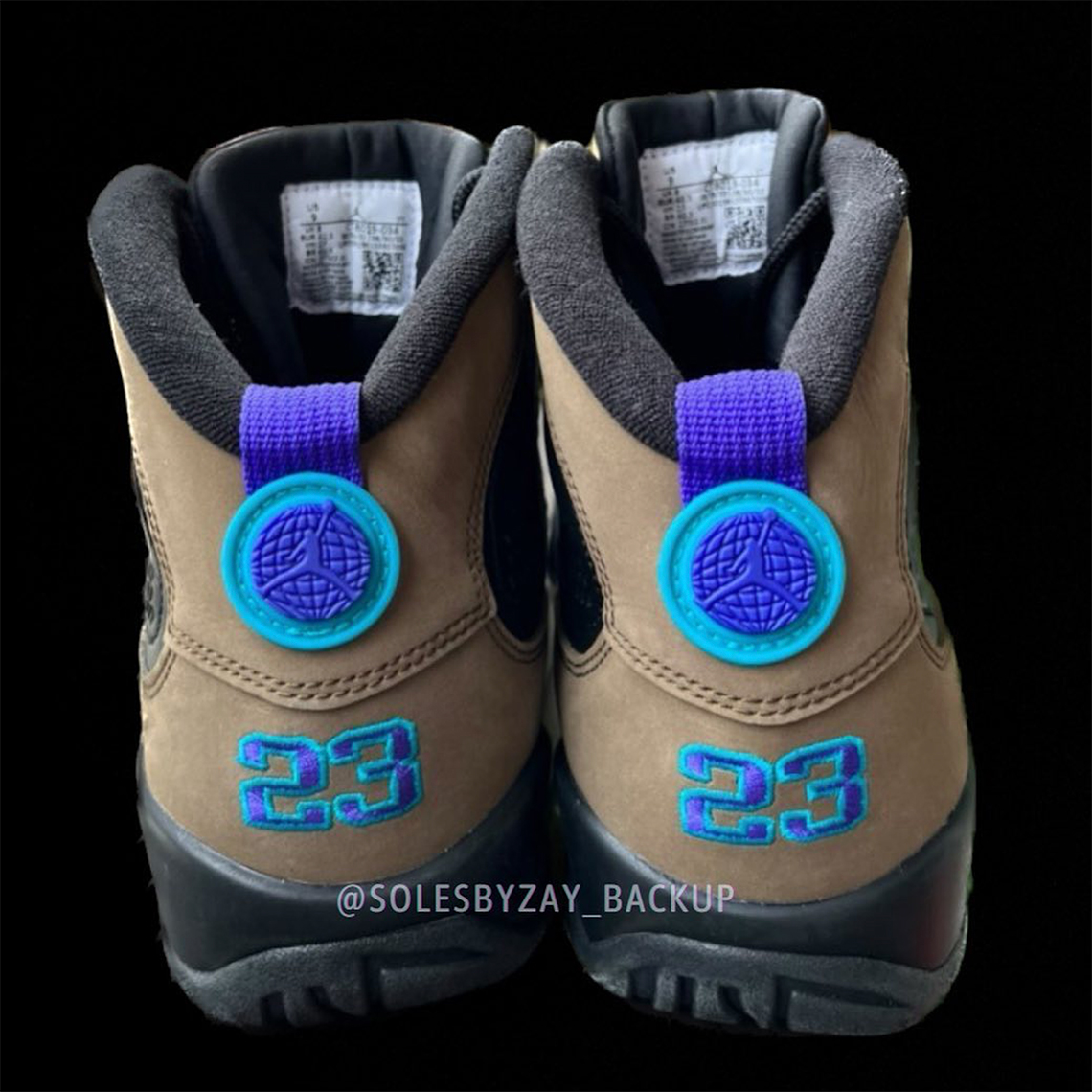