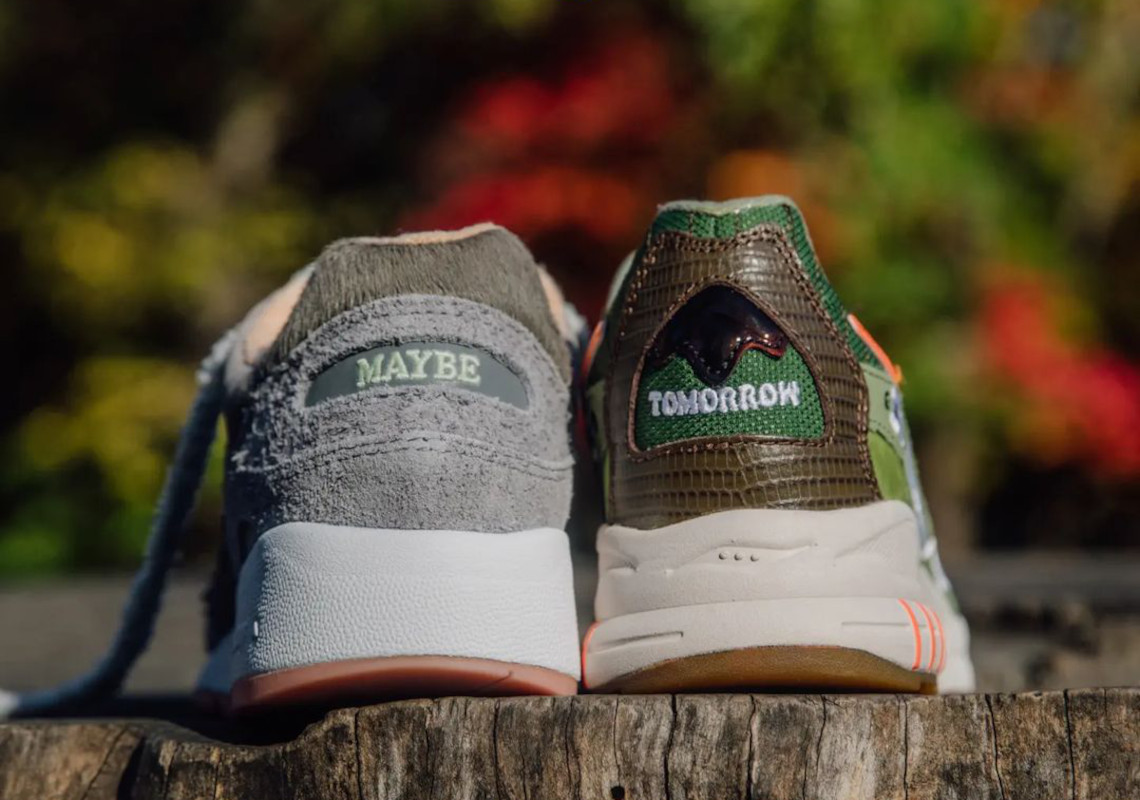 While better-known for its Justin Timberlake-approved beanies, Maybe Tomorrow has broken into the world of sneakers with the help of its friends at Saucony.

New York-based creative and leader of Maybe Tomorrow has previously customized pairs from the Massachusetts institution, but his latest project brings his label’s name to the Saucony Shadow 6000 and 3D Grid Hurricane. Inspired by Aesop’s Fables, the aforementioned designs take on “Hare” and “Tortoise” themes, respectively, speaking to Maybe Tomorrow and Saucony’s own recognition that sometimes going at it together is better.

As expected, each pair draws color cues from its respective animal, with the old school Shadow 6000 opting for various grey tones across its leather and suede upper. The newer 3D Grid Hurricane, by comparison, favors a bolder green and orange arrangement that’s worthy of a turtle emoji. Both options feature co-branding all-throughout, with “Maybe” and “Tomorrow” landing on left and right shoes’ spines.

No details of a Saucony.com launch date have been disclosed by either party involved. Instead, the “Hare” and “Tortoise” pairs will be available at ComplexCon on November 19th and 20th.

For more sneaker news, check out the New Balance 990v6. 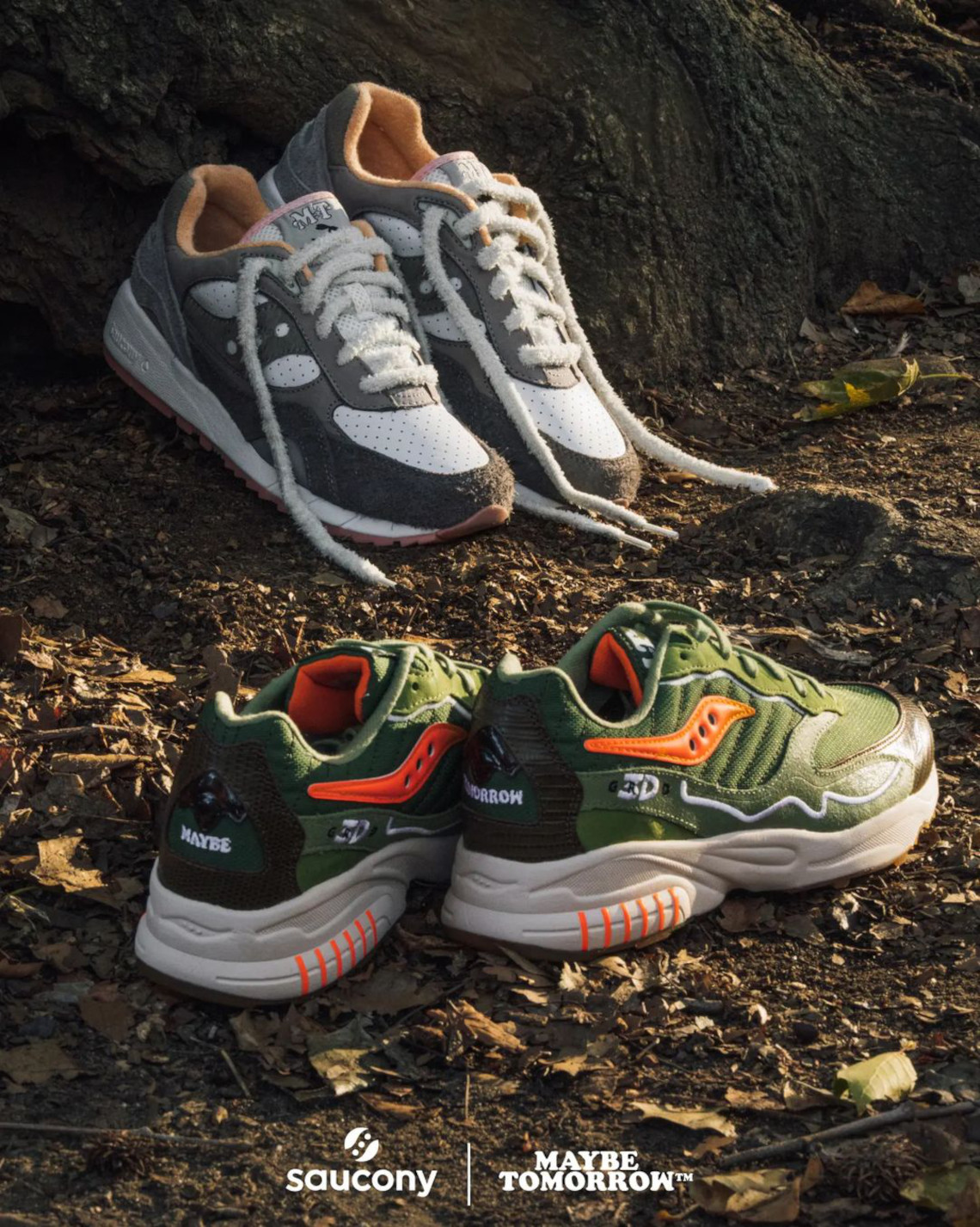 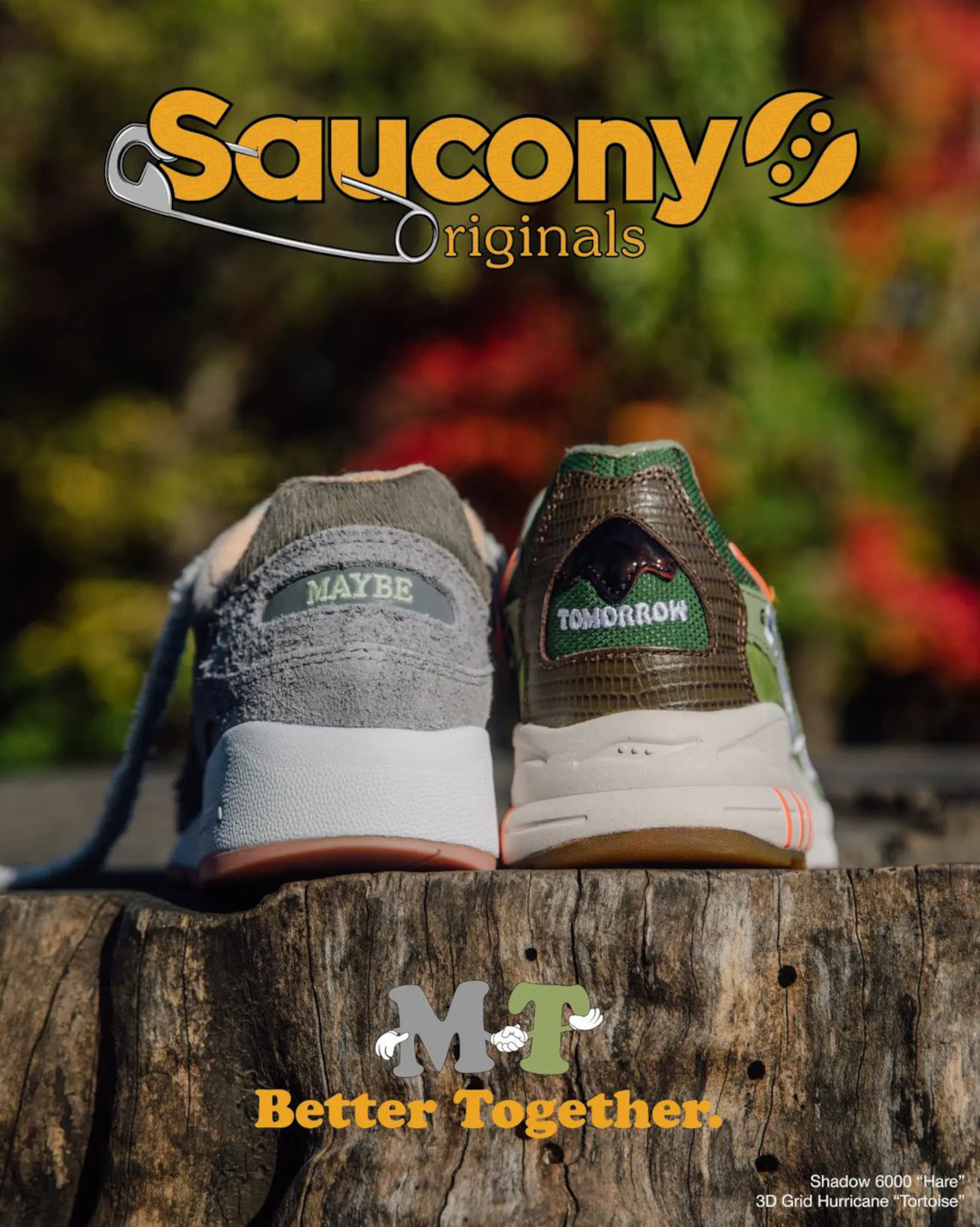