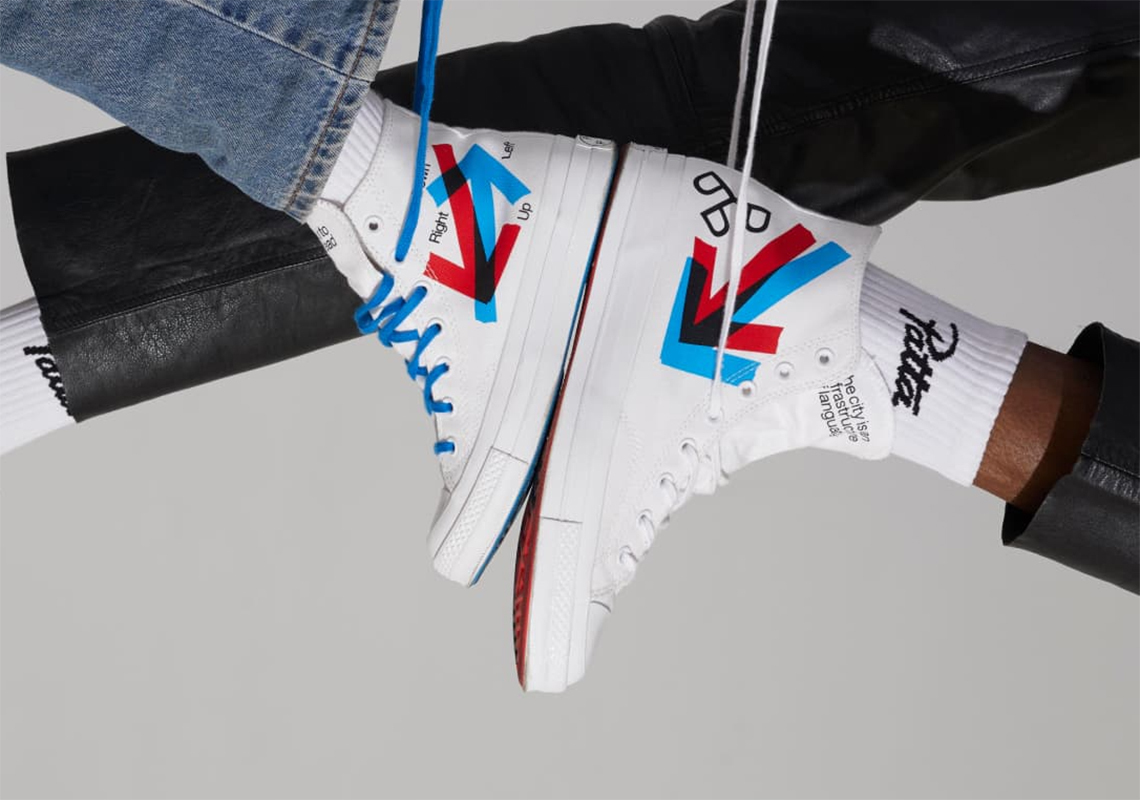 Patta has teamed up with Nike countless times across both 2021 and 2022. And to help close out the latter on a high, the Amsterdam-based label is joining forces with another member of the Swoosh family: Converse. They’re not doing so by their lonesome, either, as they’ve invited design agency Experimental Jetset along to help reimagine the much-beloved Chuck 70.

The Patta x Experimental Jetset x Converse Chuck 70 is designed for the wanderer, as it incites one to explore the city aimlessly. The white base lays what is effectively a blank canvas, on which red and blue arrows point indiscriminately. Black-dressed symbols, cardinal directions, and text are then emblazoned onto the side and tongue, the latter of which proffers the following messaging: “…to walk is to read — to read is to walk” and “the city is an infrastructure of language.”

For a closer look at the Patta and Experimental Jetset’s take on the Chuck 70, see below. These are slated to release on November 10th at Converse.com as well as select retailers.

In other news, a Black Canvas Dunk Mid was recently revealed. 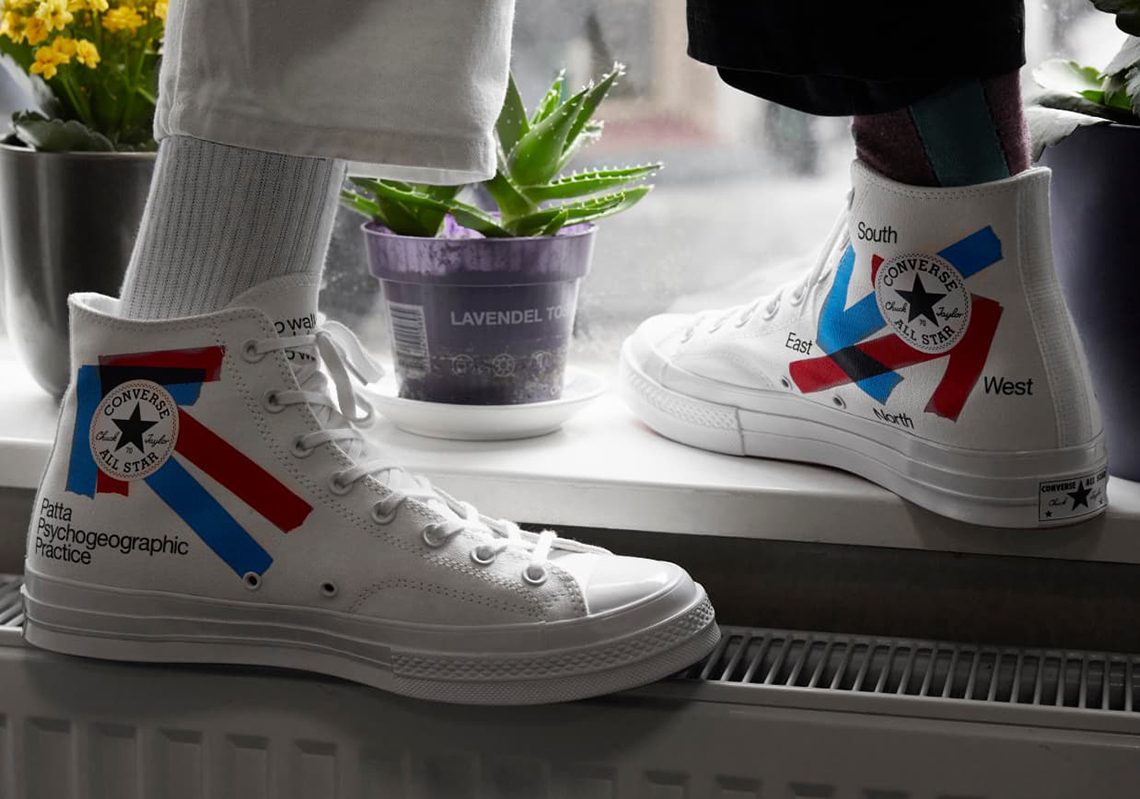 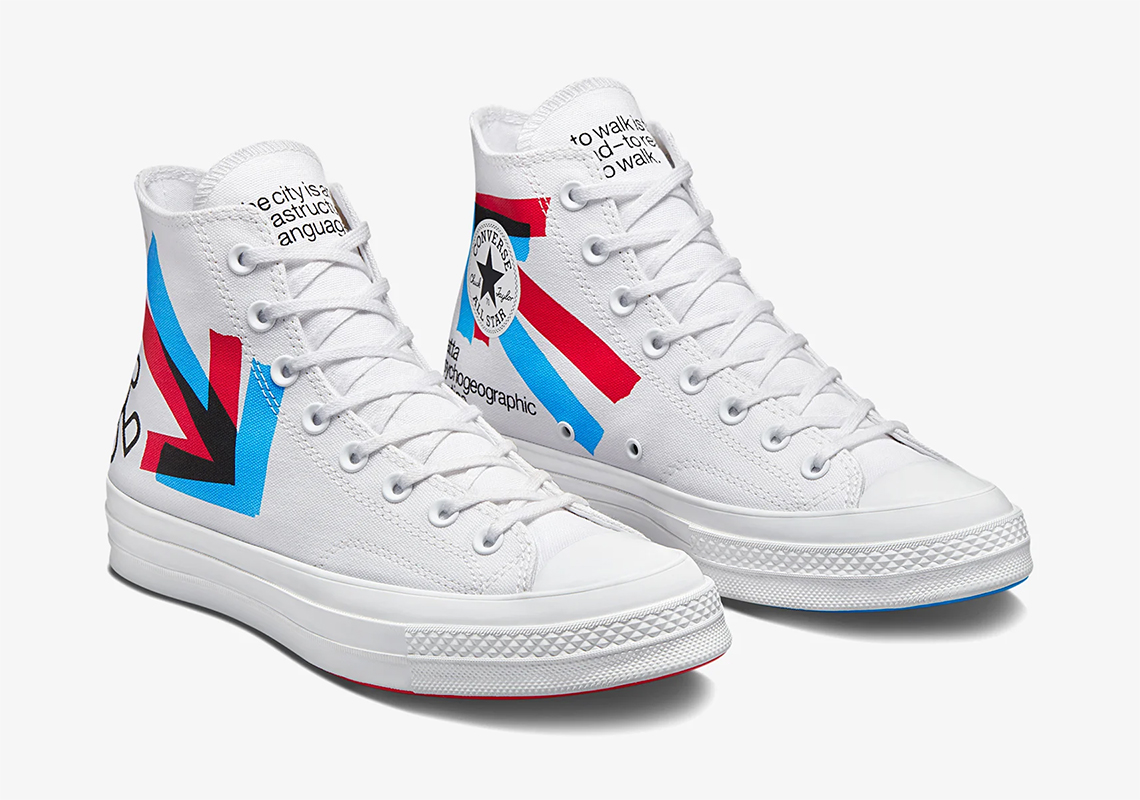 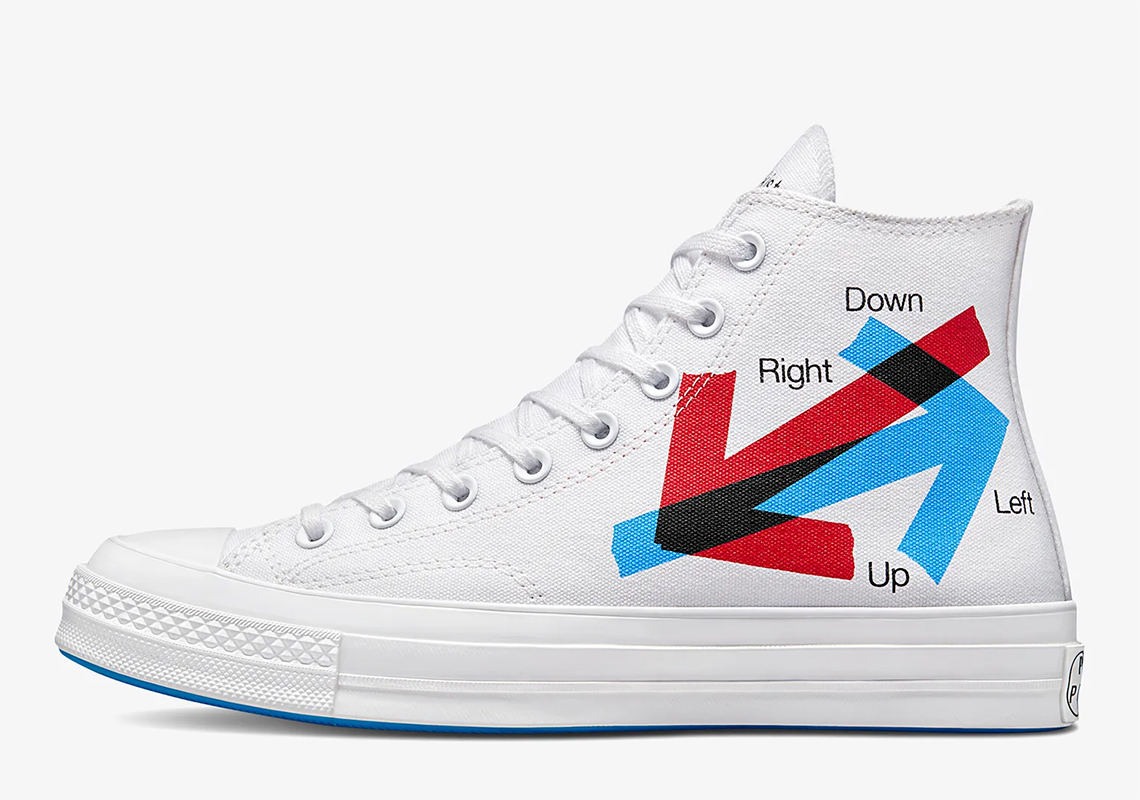 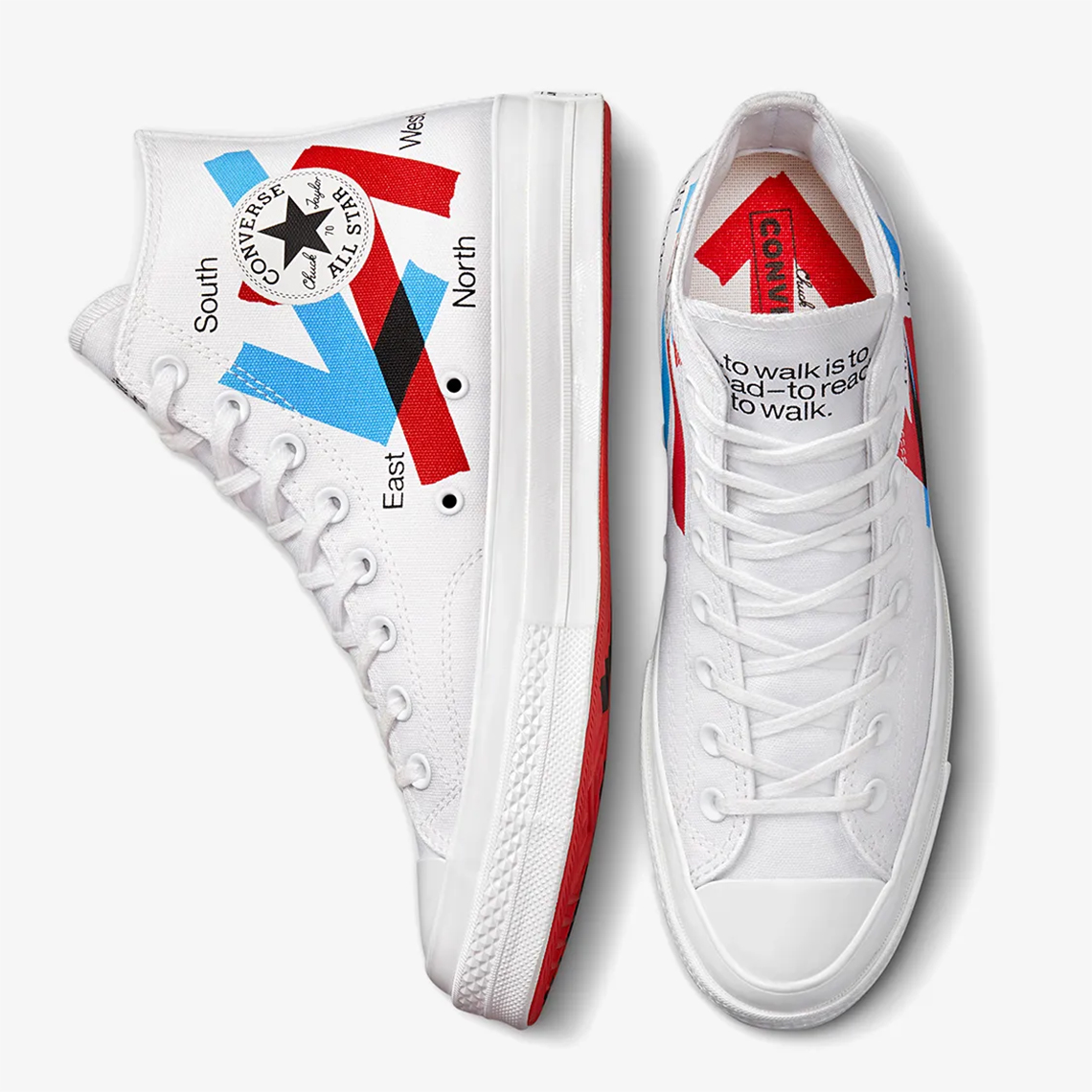 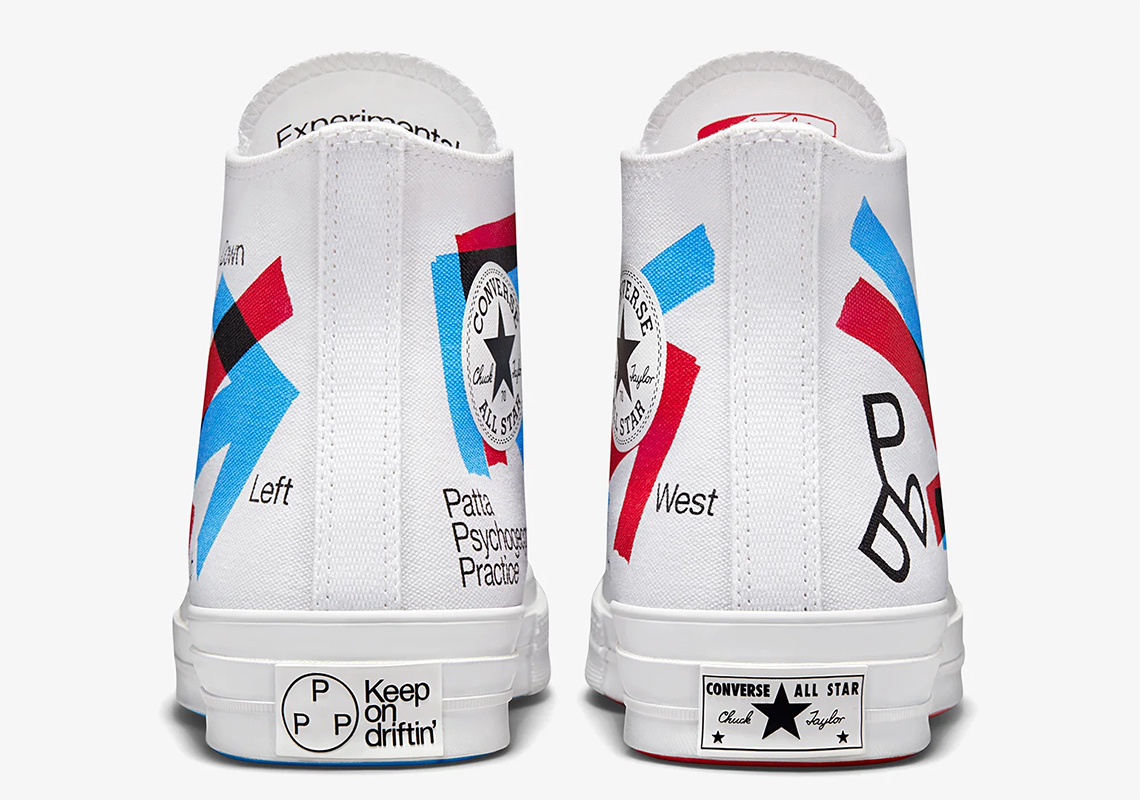 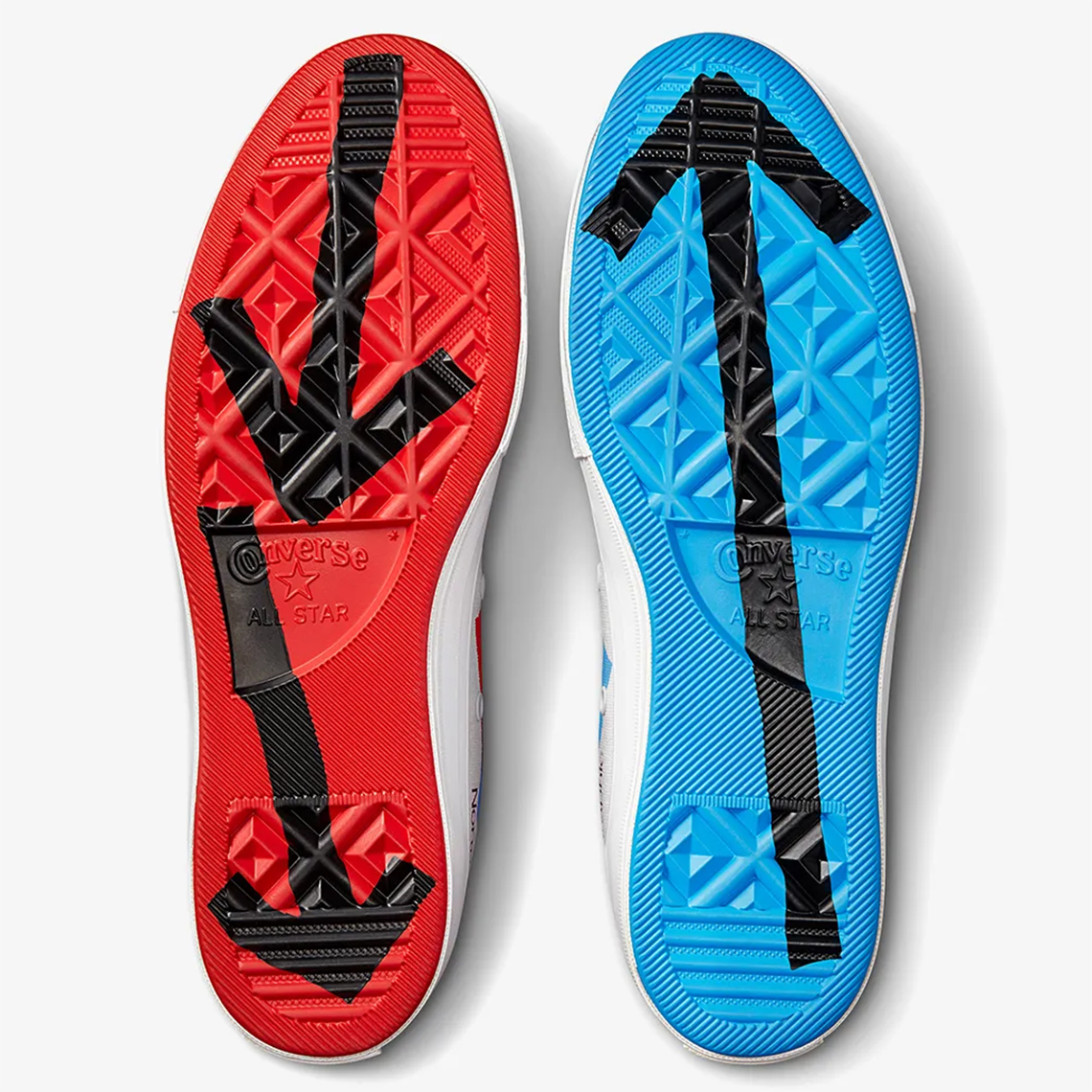 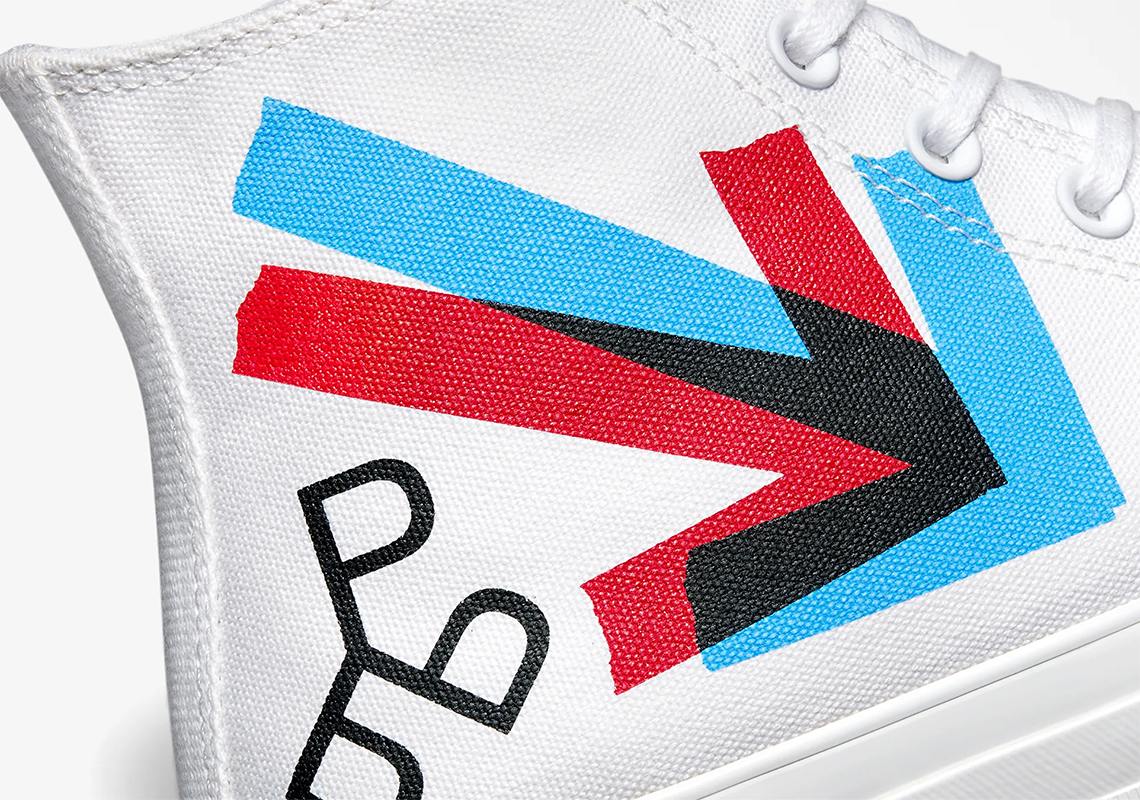