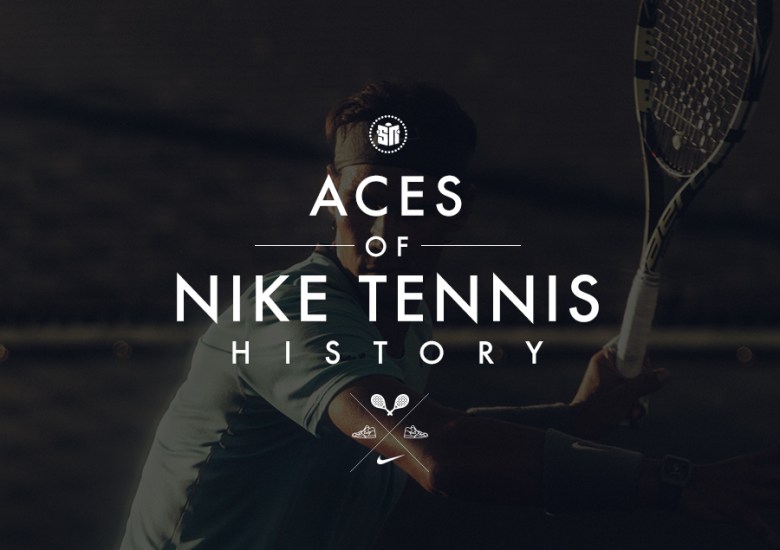 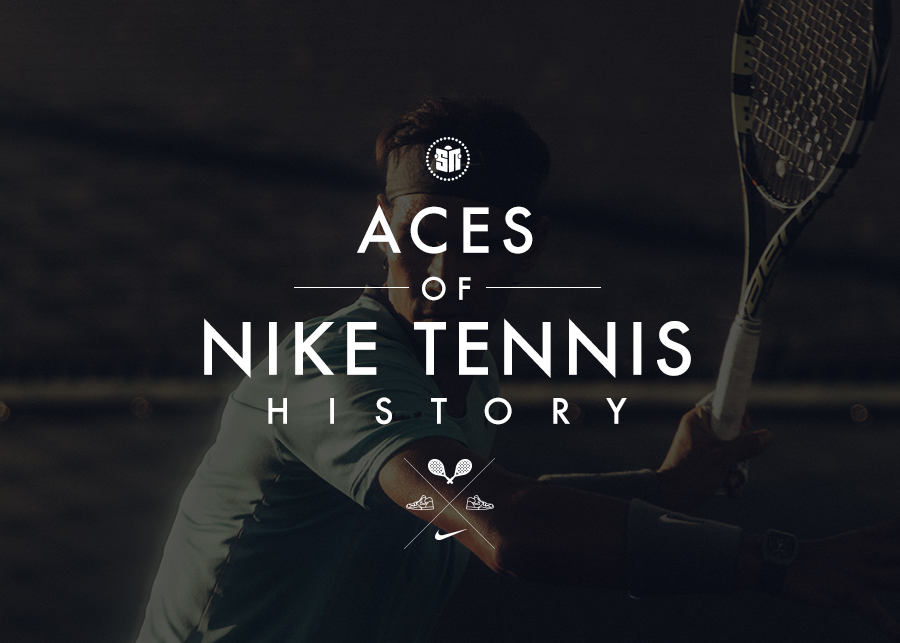 Nike is ready to kick off the US Open tennis tournament by opening the Nike Court in TriBeCa, New York. The space will be open to the public for three days beginning on August 21st and will feature a fully constructed tennis court as well as a full preview of the upcoming Nike Court apparel and footwear collection. With this special occasion coming in just one day and the sudden resurgence of Andre Agassi’s sneakers, the Sneaker News team decided to take a look back at some of the memorable Nike Tennis shoes in history.

This compilation of Nike Tennis classics begins with the Air Tech Challenge II – a popular silhouette that was recently re-inserted in OG and special edition form. Of course, the Tennis category existed long before and long after the epic Agassi phase, so here’s you’ll find some older and newer models that deserves every bit of praise. Will these models follow the Air Tech Challenge II and eventually re-release? Let’s see what’s compiled below and let us know what your favorite is from the bunch. 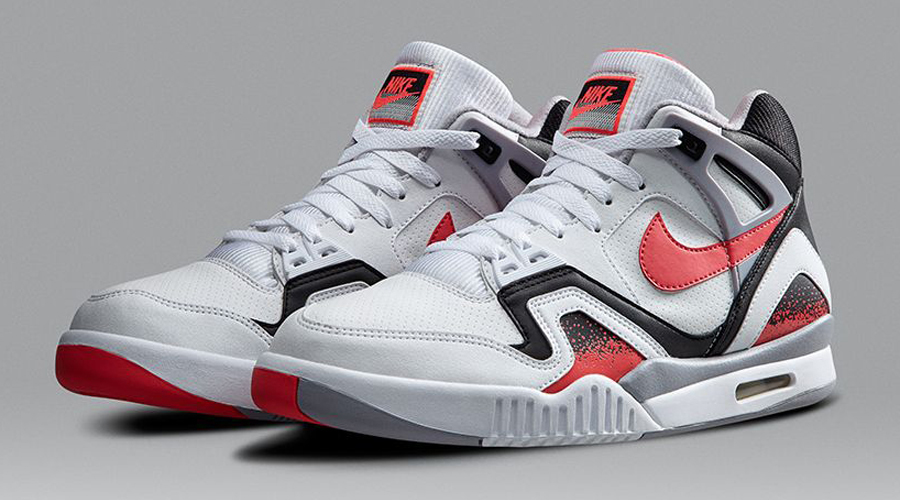 Nike’s Tennis category is ridiculously deep, but no silhouette has experienced as much of a resurgence as the Air Tech Challenge II. The “Hot Lava” was an immense starting point for the model, and the Grand Slam pairs that have been flying high since the first Wimbledon version made waves in June 2013. We’re not saying these are the best Nike Tennis sneakers of all-time or even the best Agassis of all-time, but they’re certainly the most popular. 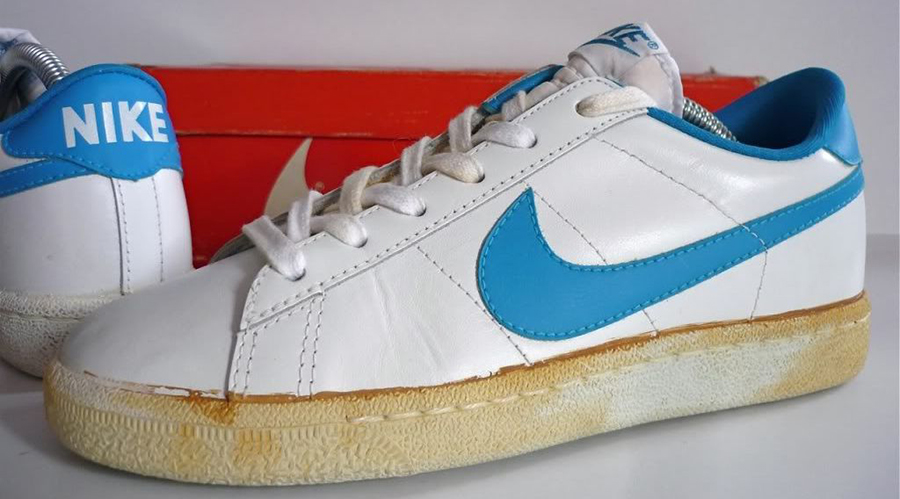 You could see the Tennis Classic on feet, again for John McEnroe, while he won the 1985 All England Championships. In fact the pair in general is indebted to English tennis right down to the name – their initial moniker was the Nike Wimbledon. You’ll note that the original build has some definite similarities to another classic tennis shoe between the white leather upper and the perforated branding. In modern times the model has been a favorite in the collaboration realm thanks to pairs from the likes of fragment design and Supreme via the SB version. 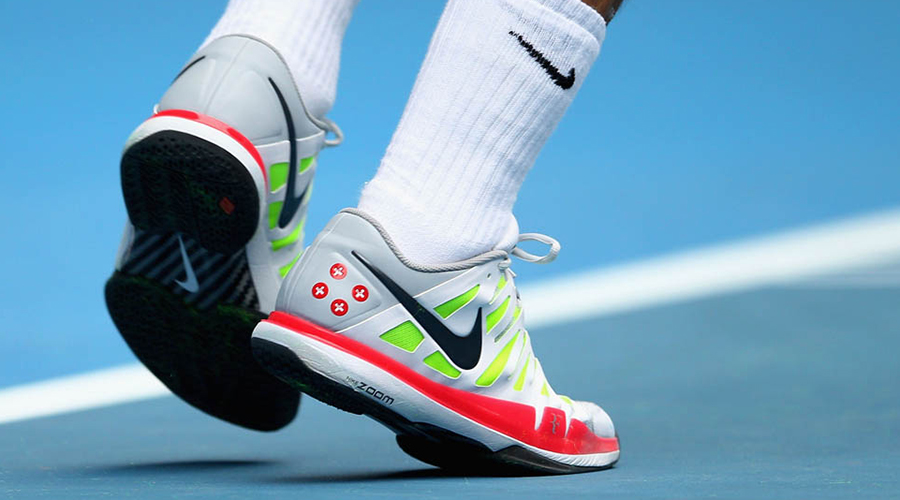 Pumped with the latest Nike technology, the Vapor Tour 9 was fit for the best tennis player in the world. The fact that Tinker designed the shoe on an iPad only adds to the cult-ish status that this sneaker has had since its debut, but Nike has treated it like an NRG product with all the special editions that have come about. Next week’s Air Jordan 3 version is not one to miss. 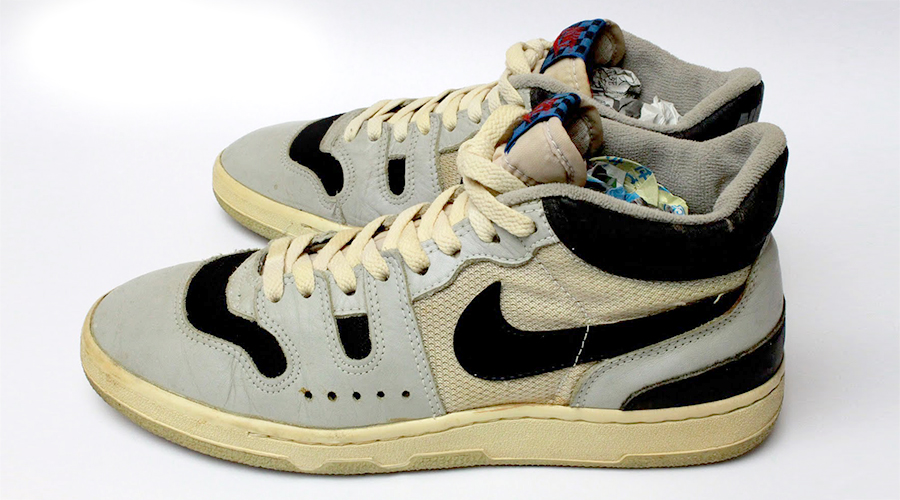 Tennis shoes were all about the all-white look. But this shoe was for Jon McEnroe, a player known for his mouth as much as he was for his backhand. The debut (and lone) colorway of grey and navy broke conventions, while the complicated design spoke to McEnroe’s penchant for standing out in a sport commonly recognized for its pomp and circumstance. 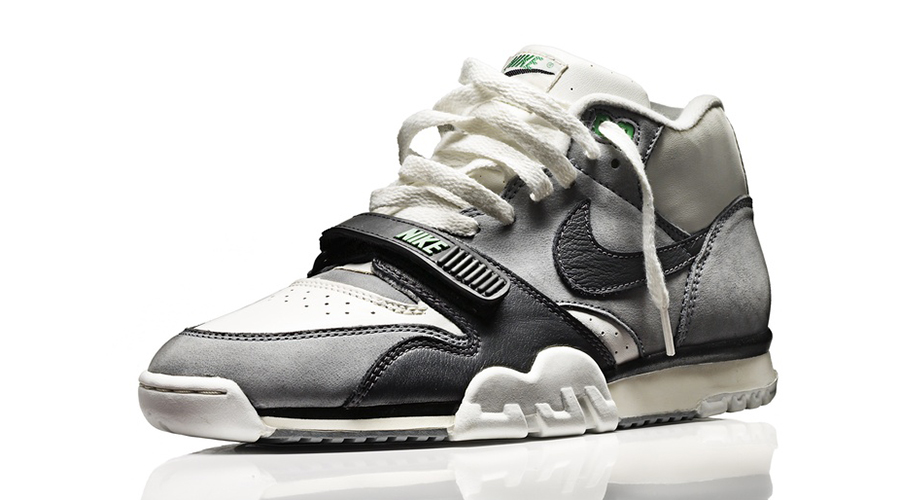 Bo Jackson may have made them more famous (And exploded sales numbers by putting his name behind them), but it was John McEnroe who first got hold of the Nike Air Trainer 1. The sneaker established an entire category by itself; slipping a strap on top and encouraging the wearer to take them cross-sport. A Tinker Hatfield masterpiece that manages to stand out even in a particularly prolific era for the legendary designer. 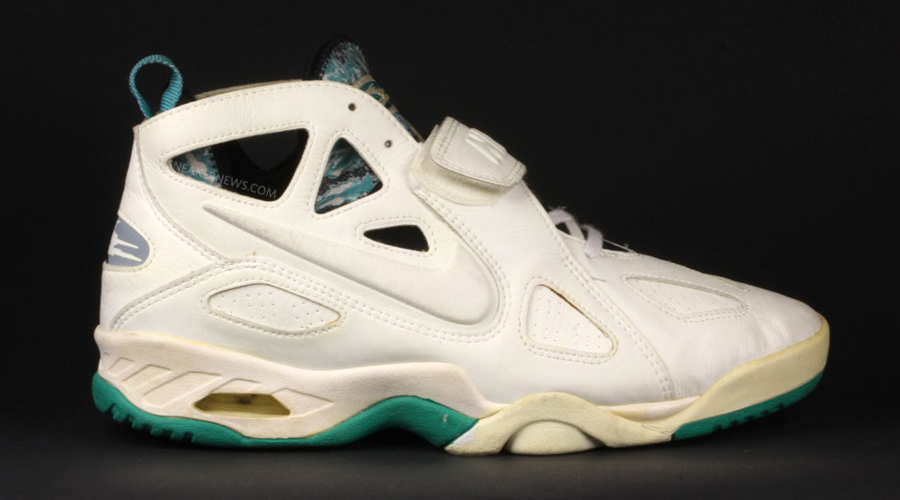 Another banger from the Air Challenge line – the “Future”. These Agassis were billed with the Nike F.I.T. apparel line, although the colors used were far more subdued than the Andre models from earlier years. The Emerald colorway seen here is one that we remember most (He wore them on court), and although a Retro release would be nice, the upper and sole have yet to be unearthed in over two decades. 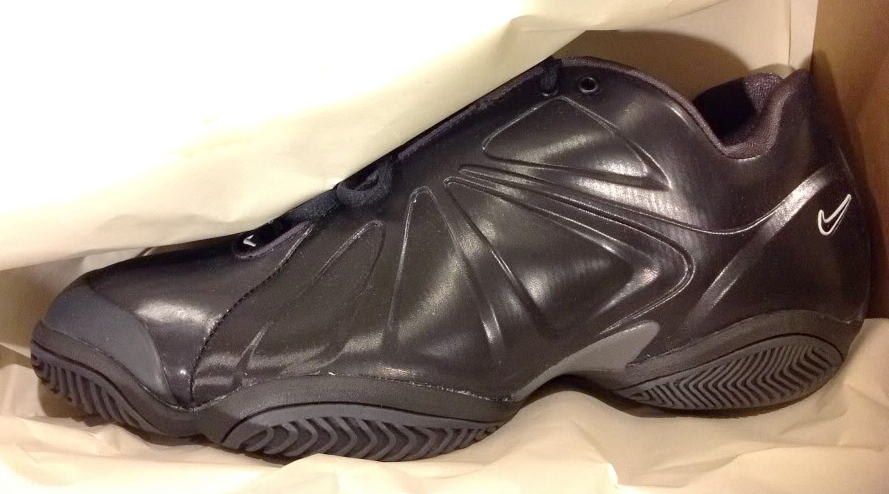 Posite-based tennis sneakers? Yep, Nike did it in 2002. The upper Posite features those signature grooves and lines we’ve come to associate with the new-age material, while the outsoles were purely tennis-based wit the aggressive outriggers and heel-counters. Sadly, the Courtposite wasn’t well-received, but it’s interesting to see this crossover. 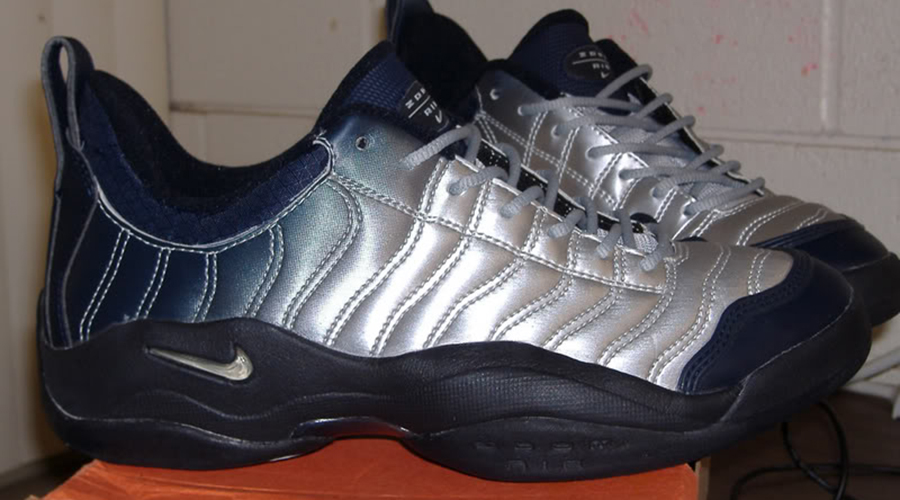 The Air Oscillate has some interesting background info unlike any other tennis sneaker. Nike athlete Pete Sampras, Agassi’s rival, rocked these during the mid-90’s, and while the sneaker is relatively simple in terms of colorways, here are two tidbits of trivia that you may not have known: Nike gave Sampras a PE that was size 10.25 (not 10, not 10.5, but right in the middle), and later a Jordan version of the sneaker was given to him. 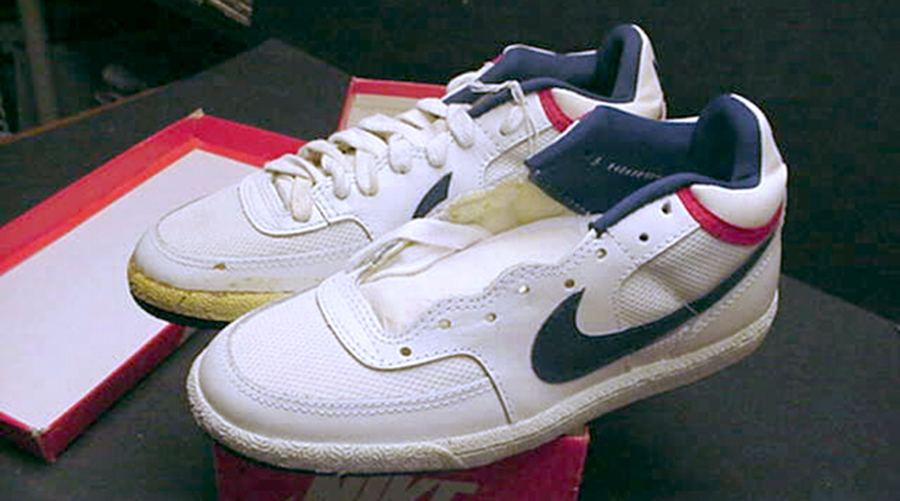 We suspect that only a select few of you will be old enough to remember John McEnroe stomping around and screaming in these in the 80s. The model offered up bit of a bulkier silhouette than the likes of the Nike Wimbledon and also got a bit busier on the materials end with its combination of leather and mesh. Recently the model was highlighted by Nike SB, who brought it out of the archives with a special Gino Iannucci project. 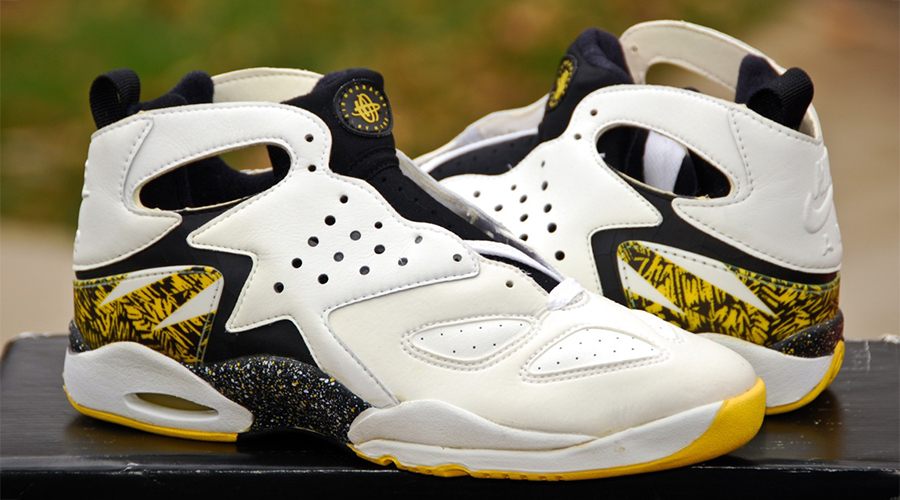 Another Agassi sneaker to get the Retro treatment is the Air Challenge Huarache. It bound the loudness of Agassi’s Air Challenge line with the structurally unique Huarache concept, summing up one of the most unique tennis sneakers in history. Remember that this year’s version messes around with the tooling just a little bit by bringing in the ATC III kit on bottom.