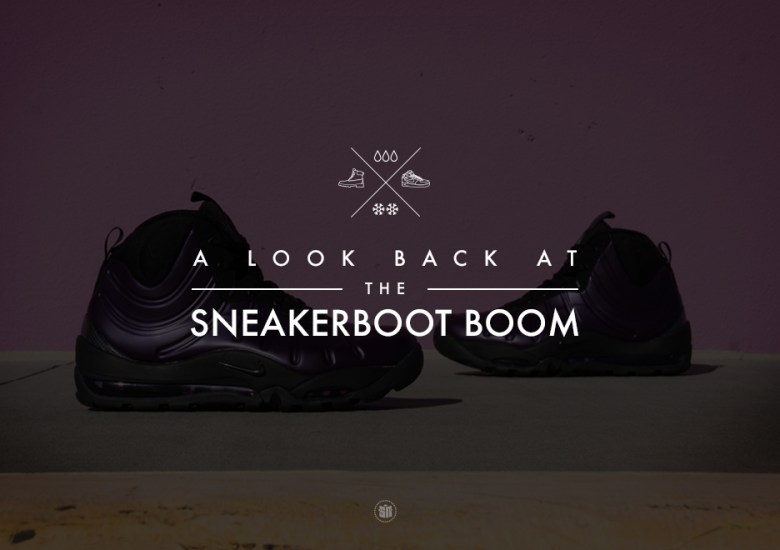 A Look Back At The Sneakerboot Boom 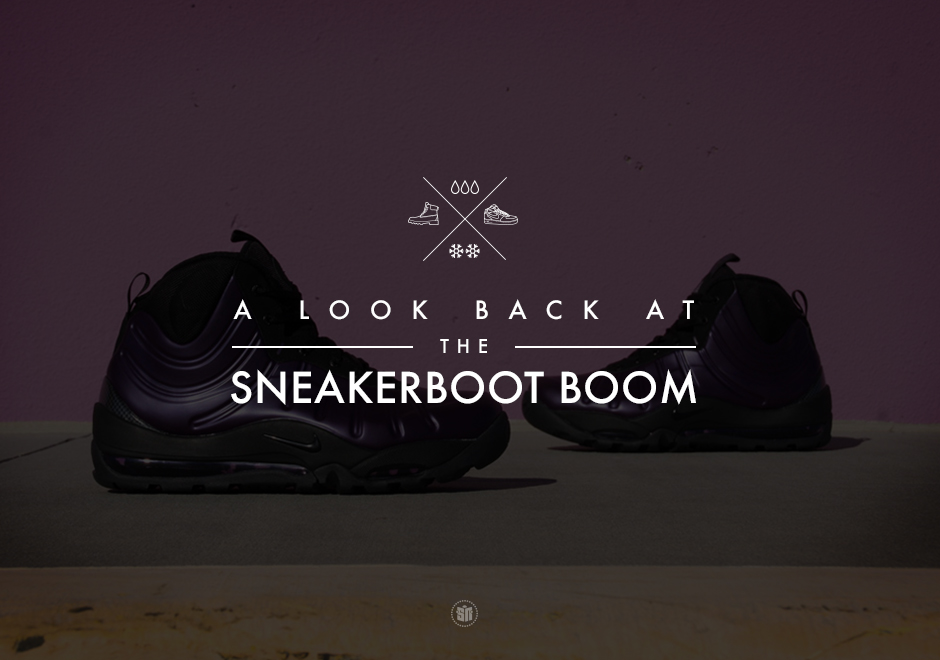 For most of us, the passion for sneakers is a year-round affair, but when the harsh winter weather starts to creep in, many of the prized pairs in our rotations need to sit it out for a few months. Sensing our desire to wear the sneakers we love through it all, many brands have met that need by transforming some of our favorite models into rugged all-weather boots. The concept has been around for awhile, but it continues to evolve with each passing year, and at this point, you never know what shoe will make the transition next. Continue on as we take a look at some of the most intriguing sneaker-to-boot transitions that have hit the market so far.

For the Holiday 2014 season, Nike officially coined the term “Sneakerboot”, but as we mentioned, these weather-ready renditions have been around for a while. The most notable? The FoamDomes and the Air Jordan 6 Boot for sure. Continue on as we take a look at some of the most intriguing sneaker-to-boot transitions that have hit the market so far, and let us know if you have, at some point, owned a pair of these beefed up sneakers. 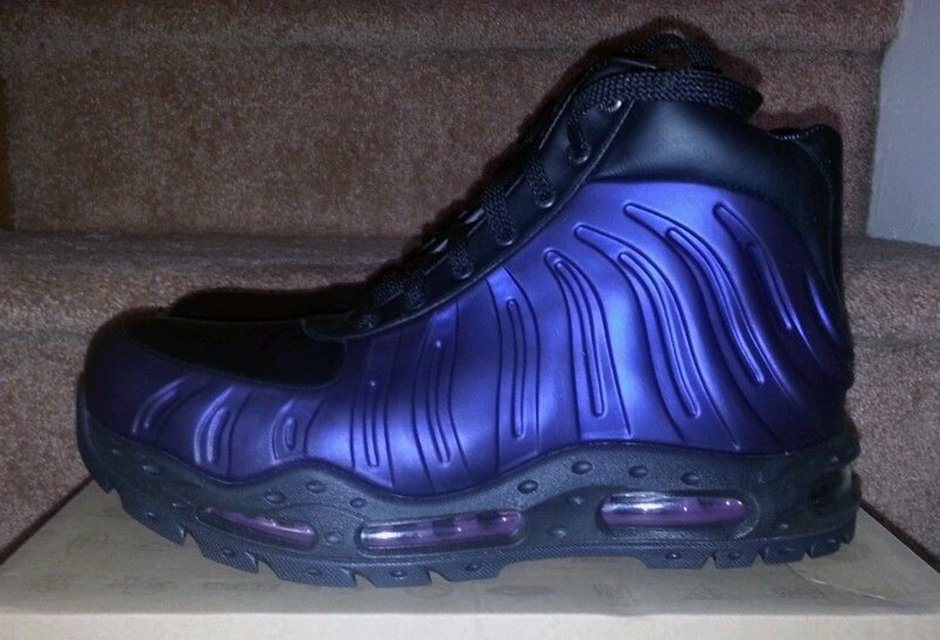 Can’t talk about Nike boots without mentioning the “FoamDomes”. This popular release in the Northeast combined the Air Max Goadome boot with the Air Foamposite One aesthetic to create one of the most coveted sneakers in the urban sneaker scene. Finally, a pair of Foams meant for the harsh weather! 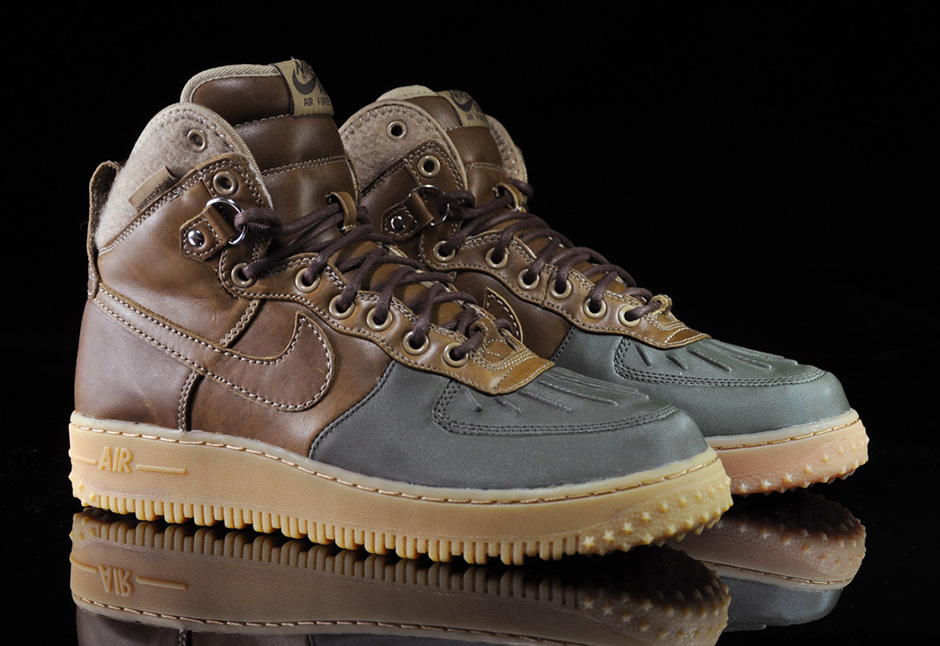 Before the Sneakerboots, there was the “Workboot”. This pair released in 2010 and featured the high-top Air Force 1 designed after the popular Duckboot model, with the familiar toe-box details and weather-ready exterior providing ample protection against the elements. 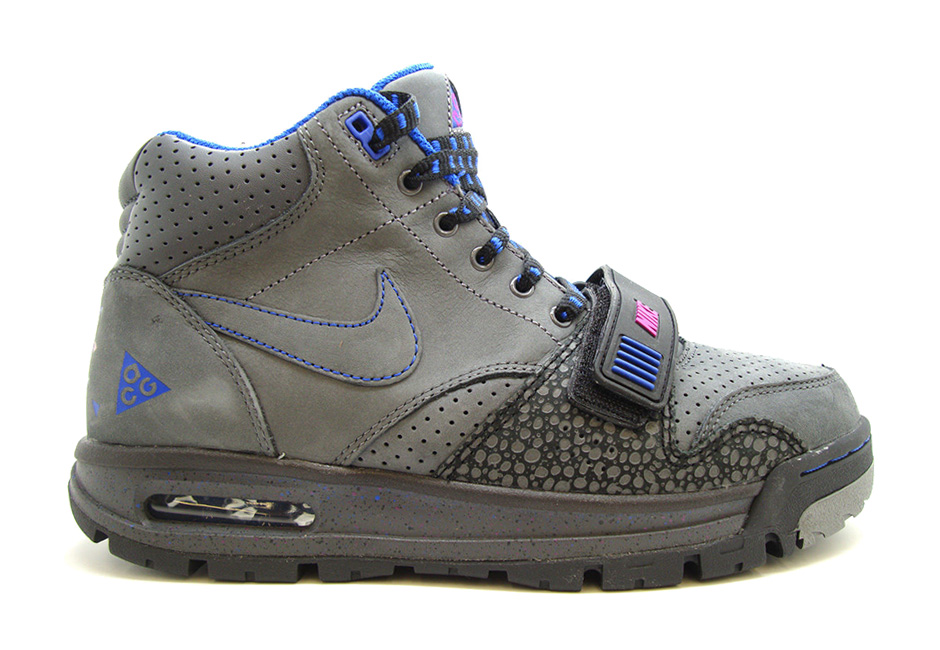 The name itself doesn’t lend to any sort of connection, but it’s clear that this come-and-gone release was inspired by the Air Trainer 1. Tinker’s legendary model got a nice upgrade in cushioning and outer protection, but unfortunately this ACG release never gained any steam and has since been discontinued. 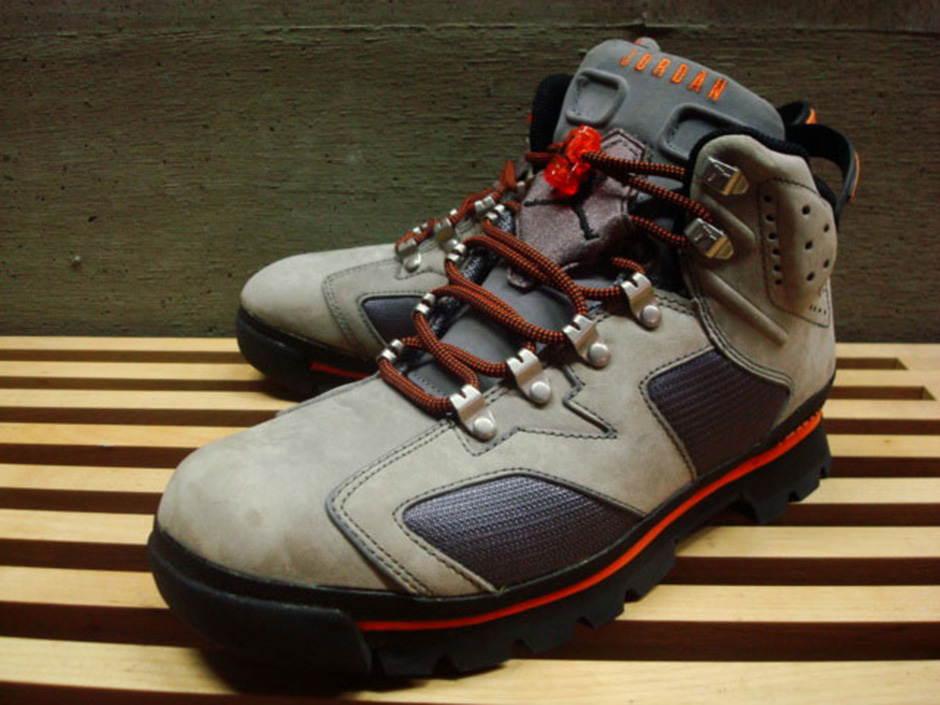 Back in 2002, when Jordan Brand re-released some low-top Air Jordan 6s, the AJB was a thing. The upper takes design cues from the VI silhouette, with toughened details like the lace eyelets and chunky outsole transforming MJ’s first Championship-winning sneaker into a snow-shoveling option. 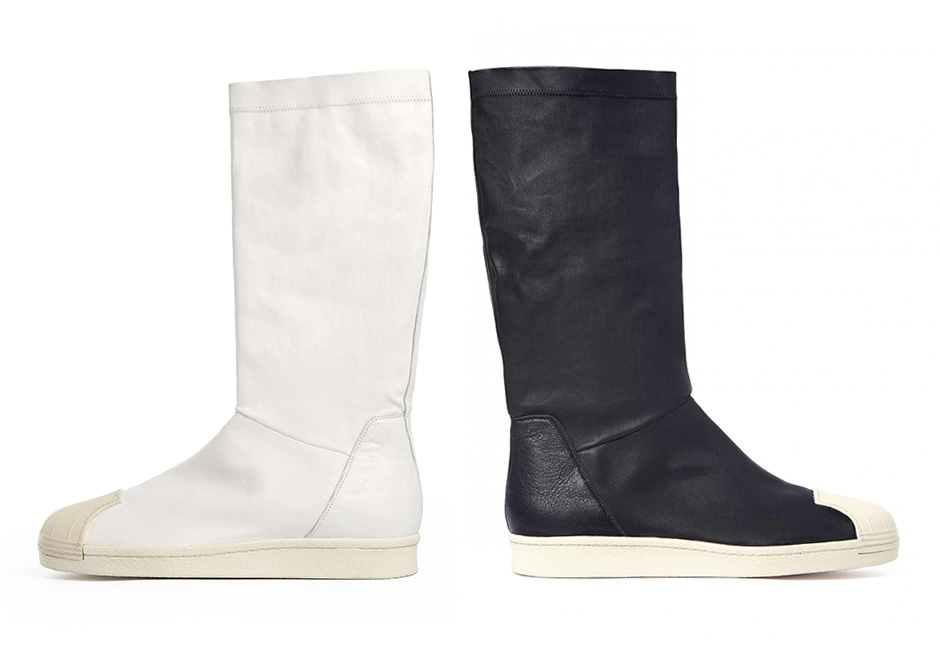 Designer Rick Owens has been getting incredibly creative with adidas silhouettes. This 2014 release took the classic Shell-toe look and added a knee-high boot, giving this popular sneaker ingrained in hip-hop culture a high-fashion upgrade. 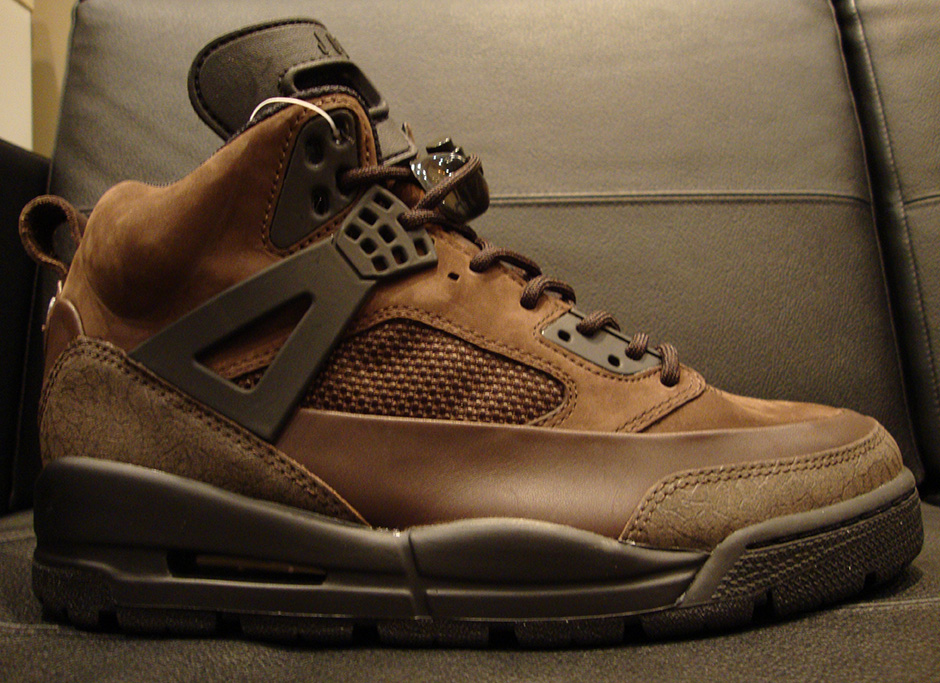 The Winterized Spiz’ikes are one of the few on this list in which the upper design remains relatively untouched. Instead, these get the Winterized upgrade with a tank-like outsole. Bad weather was no longer an excuse to wear beaters. 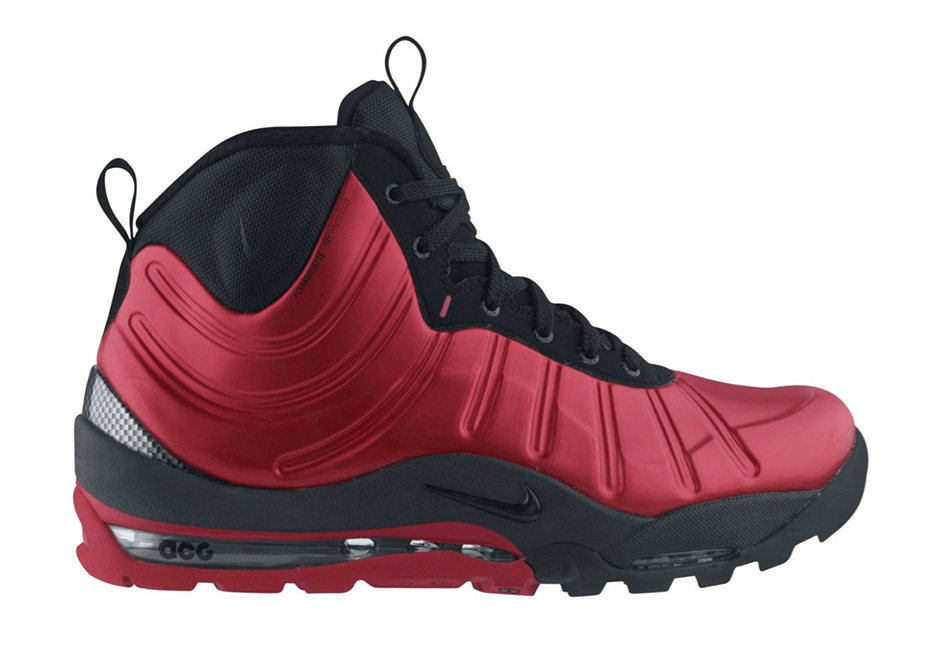 The Air Bakin’ silhouette stands as one of the most controversial sneakers in Nike history due to the original “AIR” logo that didn’t sit well with certain religious groups. The Nike ACG wing decided to bring the shoe back, but with a sick Posite-based upper and a full-length Air Max unit. It was definitely way too much packed into one shoe, but the Bakin’ Posites definitely had its appeal among those who prized the FoamDomes. 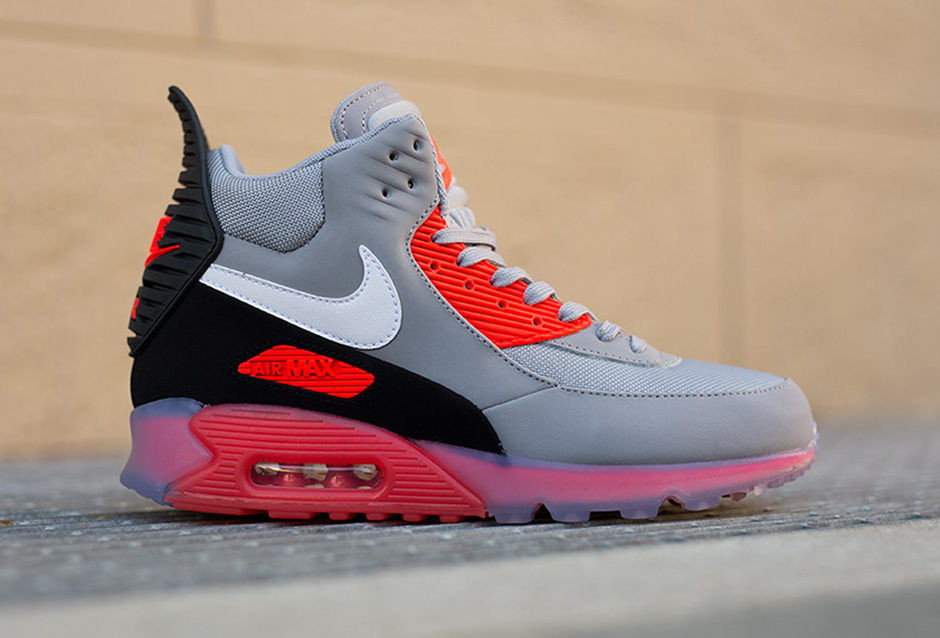 Among the current selection of Nike Sportswear Sneakerboots, this Air Max 90 design is the most intriguing. It reconstitutes the Air Max 90 design and translates it into a mid-top form (check out the crazy heel-tab), but it keeps its stylish touch – even with the rugged upbringing.