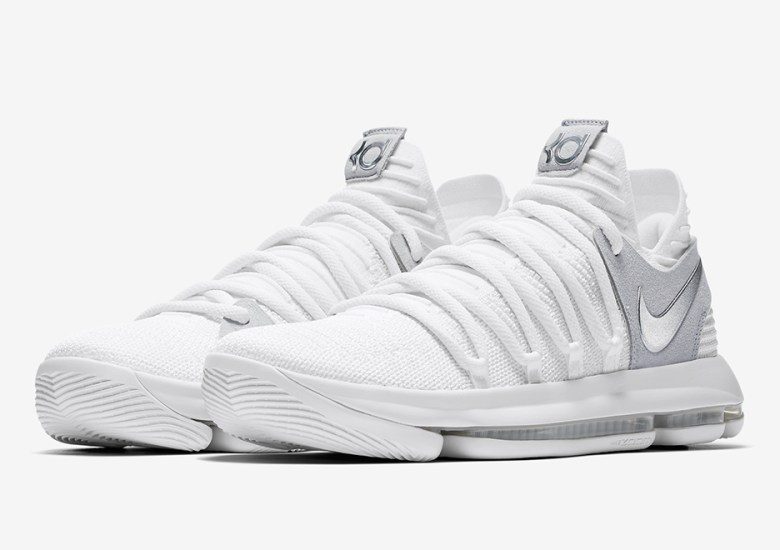 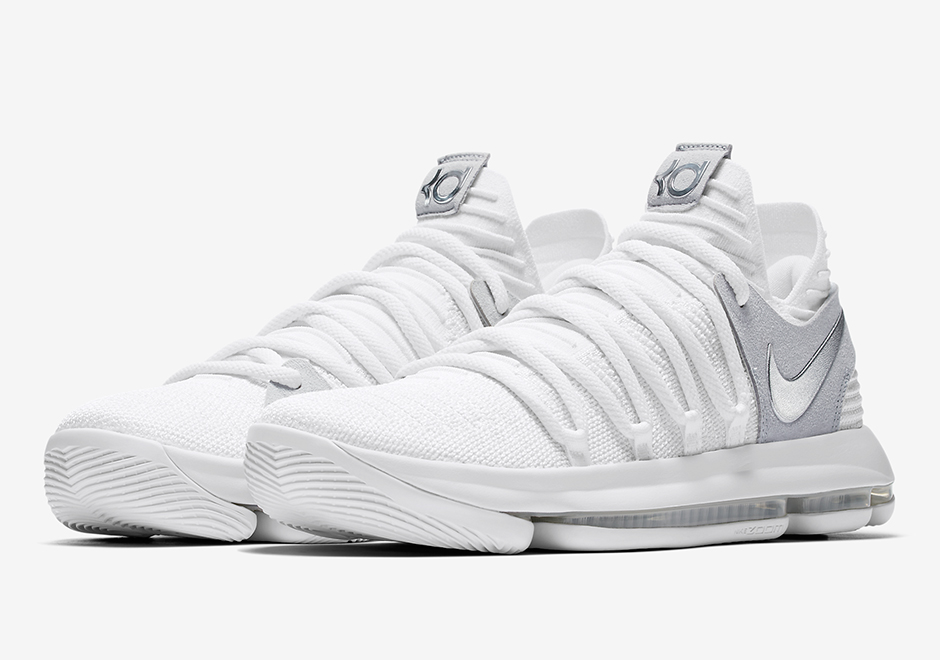 The NBA Finals are gearing up to be a matchup for the ages. It’s likely looking like Steph Curry vs LeBron James Part III, only this time the Warriors will feature one of the game’s best players in Kevin Durant. Nike is licking their collective chops too, thanks to the introduction of the KD 10 stealing most of Under Armour’s shine in the Bay Area. If the Nike KD 10 looks a little like the KD 9, it’s because the Swoosh is all about refining for Durant’s 10th-anniversary silhouette.

There’s now even more Flyknit in a heel-to-toe construction, a unique ankle that should be easier than ever to slip into, and a dynamic lacing system that’s sure to turn heads. Nike Basketball uses the same exact Zoom Air midsole but updated the bottom with a new traction pattern. Today we get a look at official Nike imagery of the Nike KD 10 Still KD named after Kevin Durant’s YouTube series documenting glimpses into his everyday life. The simple colorway features a predominantly white Flyknit upper with accents of Metallic Silver hitting the overlay for a nice pop. (We can’t wait to see some Metallic Gold replace the Silver come June).

The Nike KD 10 Still KD releases on June 1st for $150 USD at global retailers, but if you can’t wait until then, the Nike KD 10 “Anniversary” will also be available on May 26th. 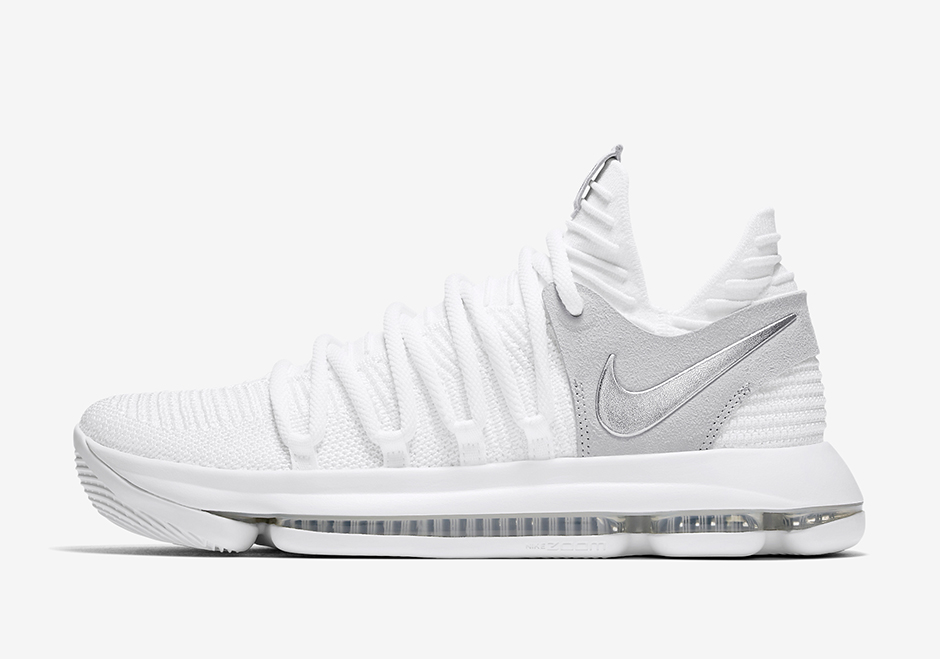 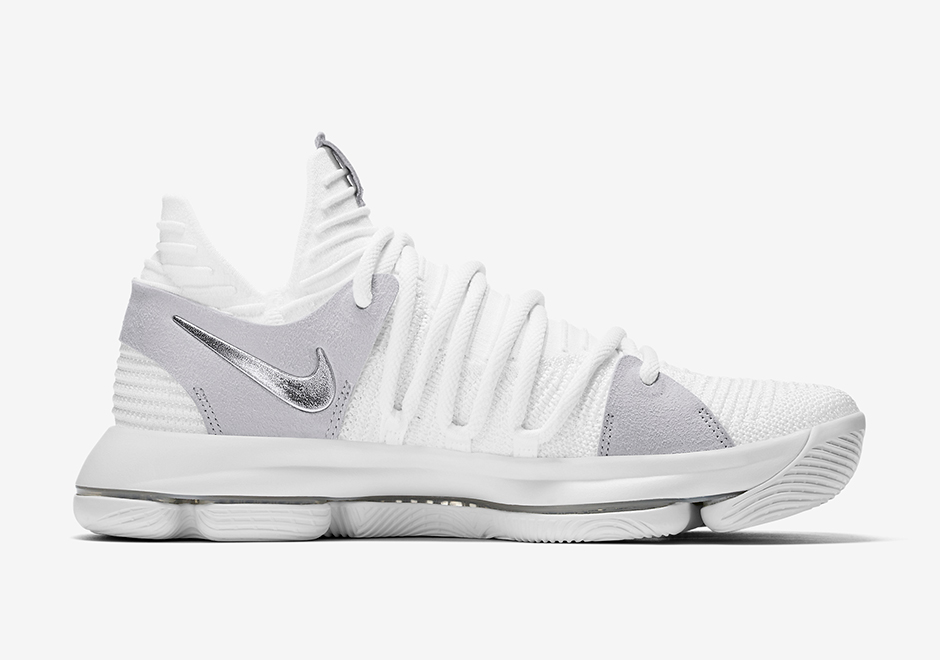 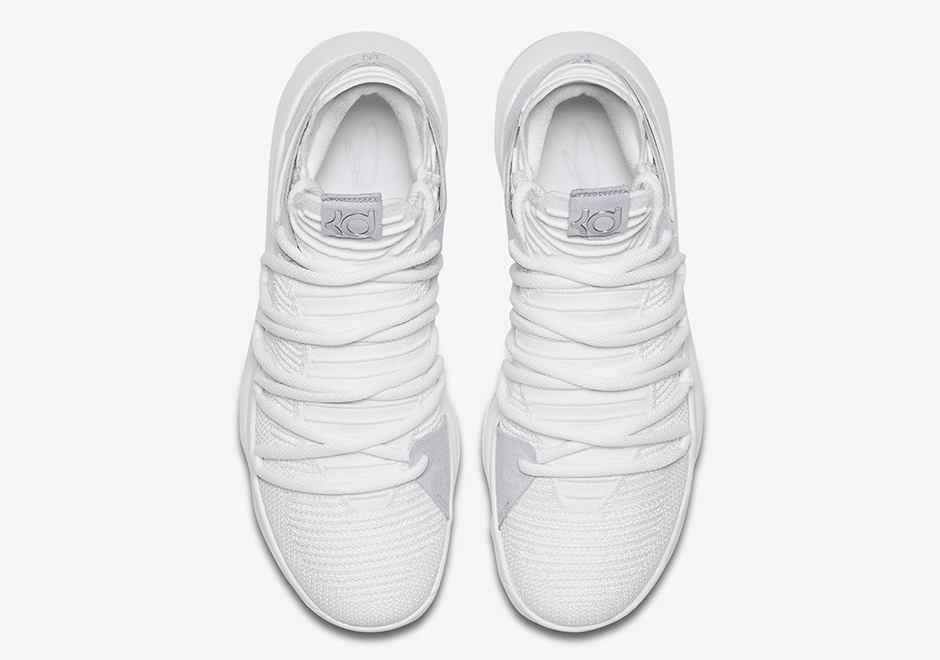 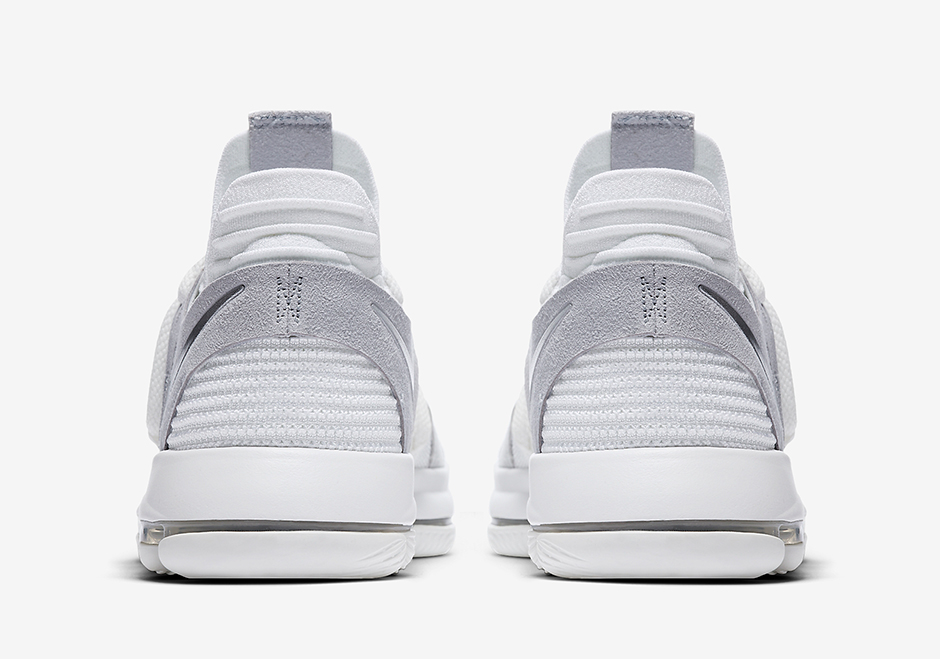 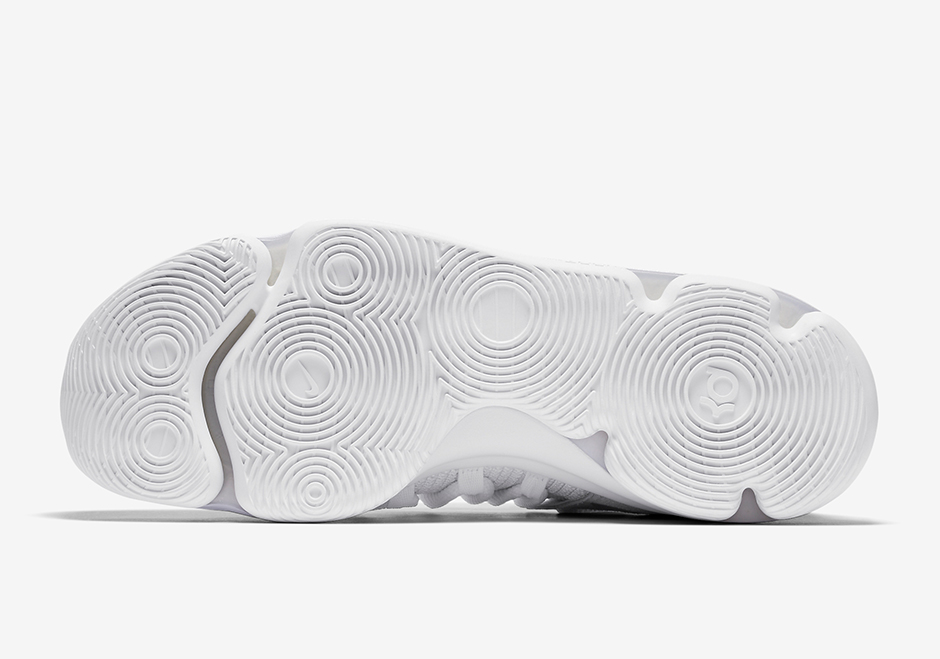