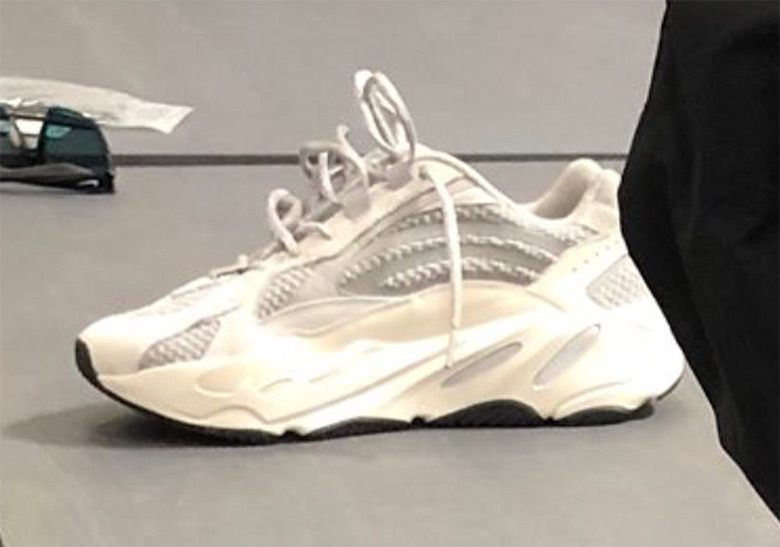 Kanye West’s torrential deluge of footwear-related tweets continues, as after yesterday’s look at a cornucopia of never-before-seen 350 Boosts, basketball shoes and Yeezy 500s, we now have an image of what appears to be a brand-new model of the wildly popular Yeezy Wave Runner. The shoe, partially hidden behind two extremely odd women’s shoes in Mr. West’s tweet, sports a toned-down white/grey colorway, and although the sole appears to be largely unchanged from the first model, the upper features a new mesh/suede construction complete with grey crescent stripes on the midfoot. There’s no telling if these are officially the second iteration of the Wave Runner or an entirely new silhouette, but Kanye’s unmistakable aesthetic is certainly present on these mysterious kicks. Stay tuned for more information on Kanye’s footwear as it becomes available, as his culture-shifting tweet binge is likely far from finished.