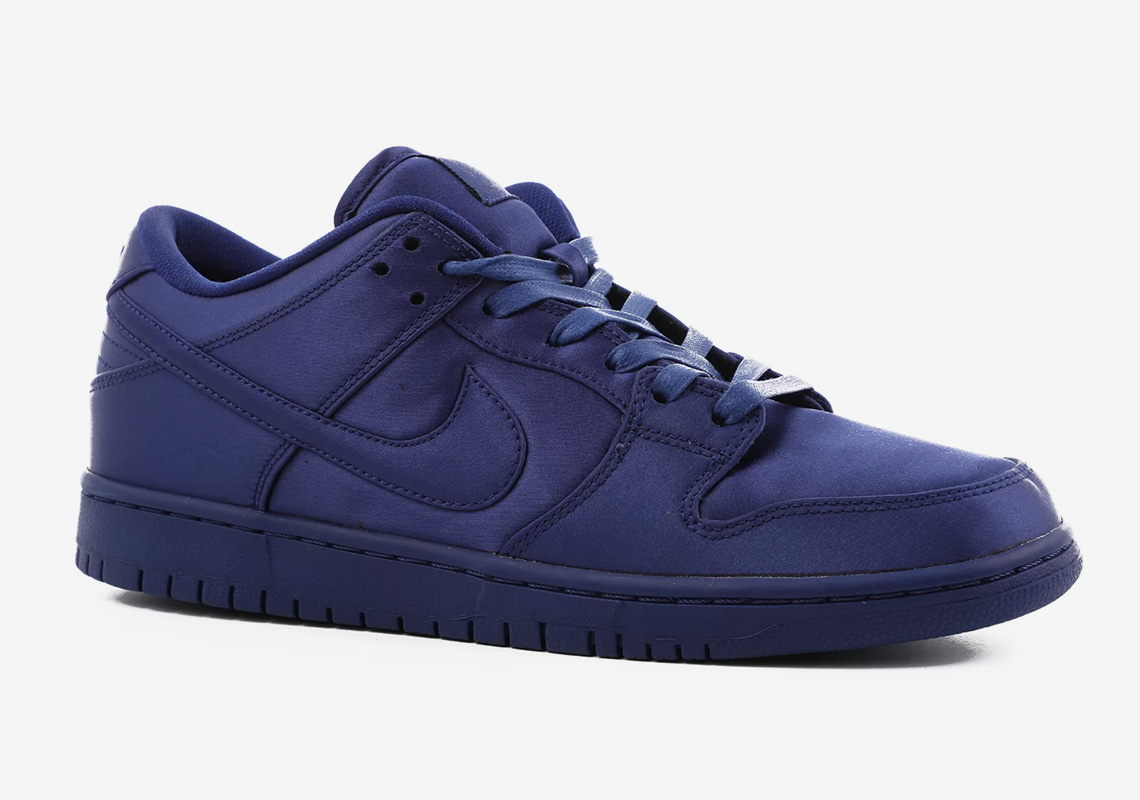 Satin may just the material of the moment in sneakers. From the “Satin Shattered Backboard” Air Jordan 1s this summer to Will Smith‘s upcoming friends and family satin Air Jordan 5 and the in-line AJ5 “Satin” — originally an unreleased sample from 1990 — the luxurious retro material has certainly enjoyed some time in the spotlight as of late. That spotlight is set to continue shining into the fall as well: a Nike SB Dunk Low created in collaboration with the NBA and done up in a tonal satin construction is set to drop in the coming weeks. An interesting deja vu of sorts as the Dunk was originally released as a basketball shoe before being adopted and modified into a high-performance skate shoe by Nike’s skate division, the new shoes bring the cultures of two sports together in a clean and classic fashion. The collaborative Dunk is completely coated in a deep royal blue, with the upper constructed from a shimmering satin and adorned with waxed laces for a premium touch. NBA branding appears on the inside of the puffy tongue for a hidden nod to the Dunk’s genesis in the ’80s, and the shoe is completed with retro-style Nike branding on the heel and tongue. An official release date for these commemorative SBs has not been announced yet, but they’re scheduled to arrive at Nike SB retailers the likes of Tactics late September/mid October — just before the start of the NBA season. 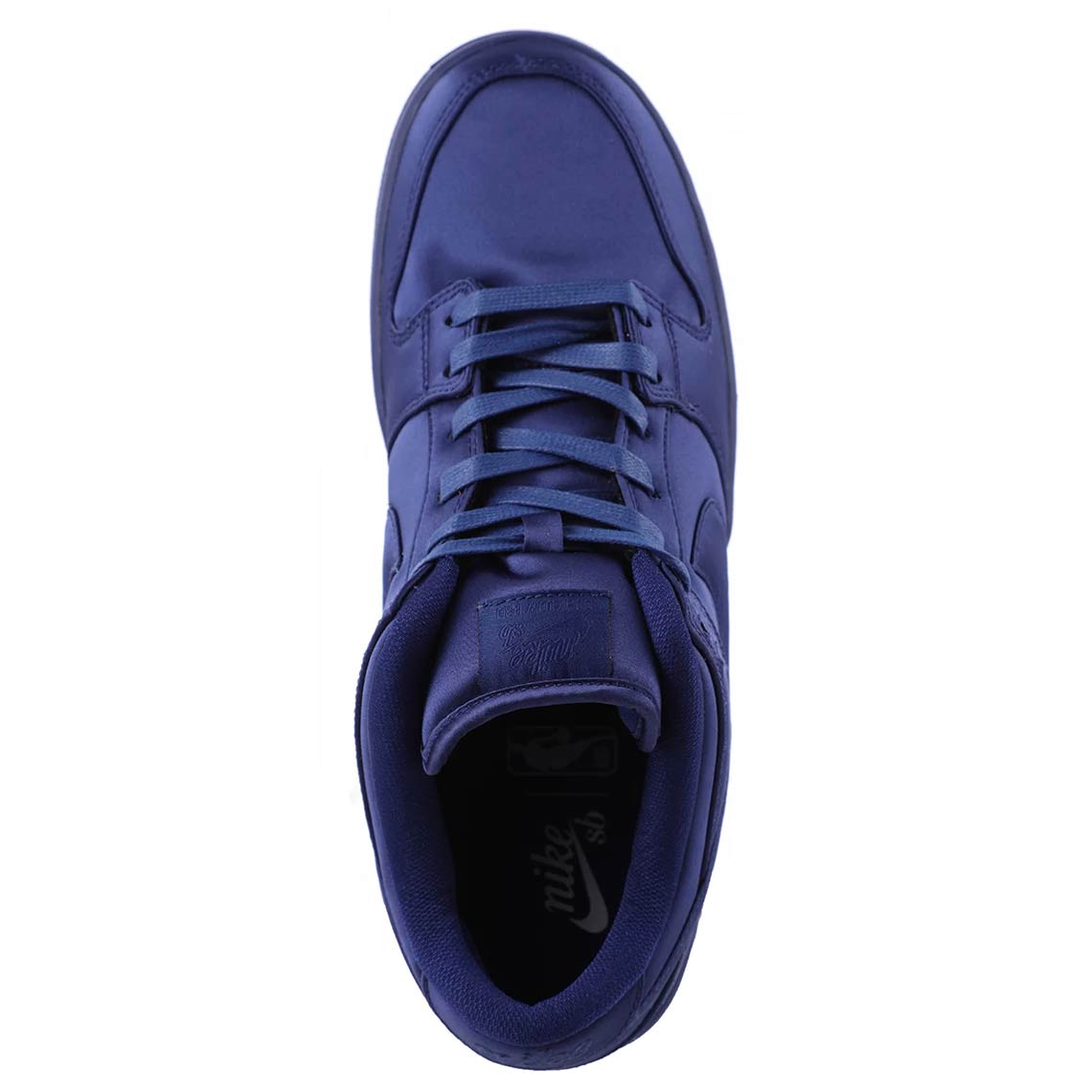 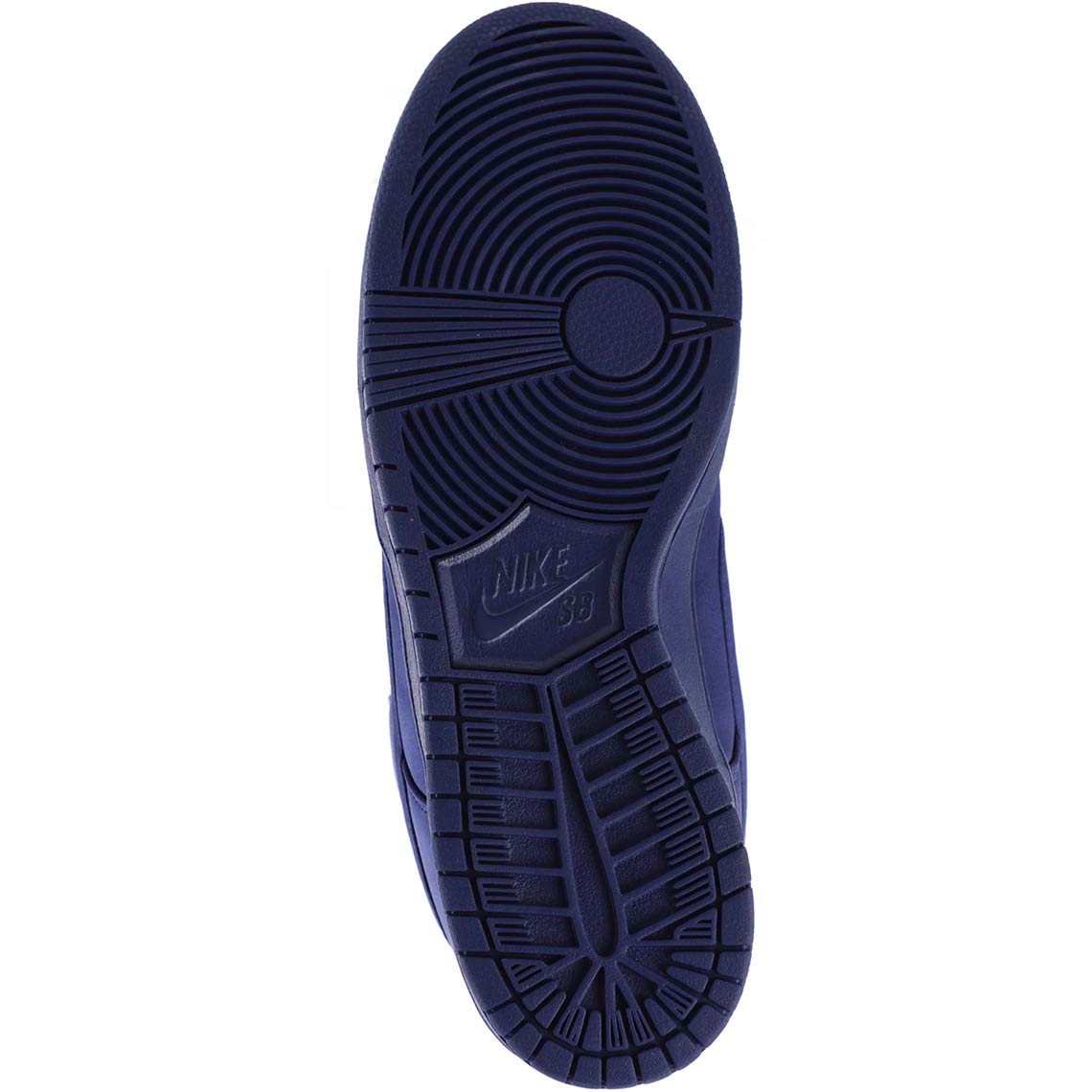