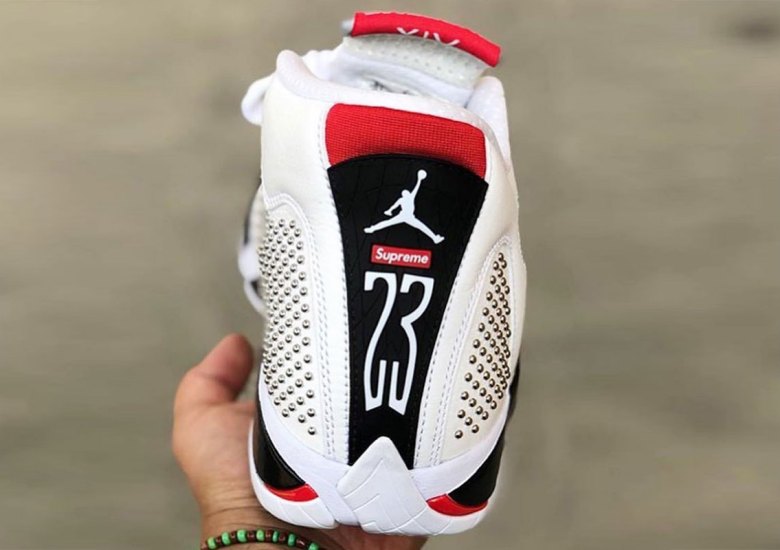 Tapping inspiration from long forgotten MJ images, the studded Supreme x Air Jordan 14s are coming closer to their designated drop day, arriving in two colors, a White/Red and Black/Royal, with the latter closely resembling the star athlete in his leather jacket attire at one of his ceremony appearances back in 1995. Standard, aside from its focal modifications, both pairs don luxe leather uppers with the streetwear imprint’s name surprisingly scattered in seldom. Seen on the tongue, contrast panelling on the rear — sitting next to a boldly emblazoned “23” and iconic Jumpman logo — as well as the attached tag, the pair would be largely subdued if not for the many metallic pieces that spread atop the entire profile. Contrast components along the foxing add separating in tone to the singular notes of the upper and midsole, finishing off a pair that does right with its inspiration.

Grab yet another teased look at the pair and expect them to go live on Supreme’s webstore as well as Nike SNKRS very soon at an unveiled retail of $248 USD. 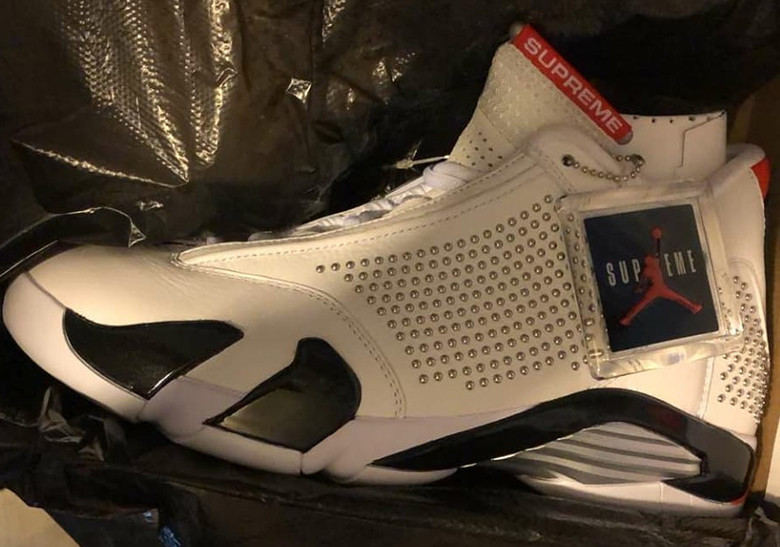