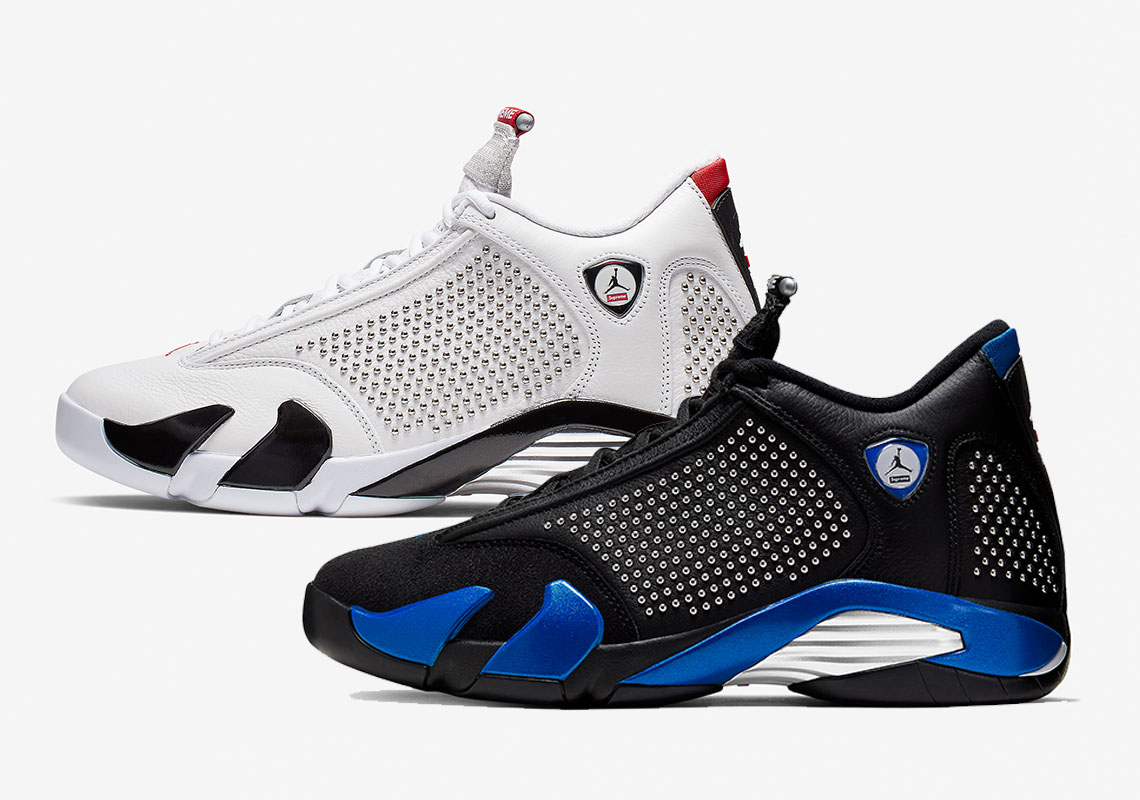 After floating by on its Thursday drop day, the obscure inspirations of the Supreme x Air Jordan 14 sold out as expected, but as a few of the label’s collaborative releases prior, it’s possible we’ll be seeing a second opportunity to purchase with a late arriving set of official images only further proving its likeliness. In quite the most detailed look yet, both pairs — a Black/Blue and White/Red — arrive in full glory with their metallic studs sitting in perpetuity across their profile to the heel wrap. Contrast hits of their accent tone of choice is bled in sparingly across the tongue ornament, which spells out “SUPREME” in bold face, as well as the Jumpman embroidery sprawled across the vamp. Back tabs sport the usual mix of iconography while sporting a hard-to-miss “23” with the rest of the streetwear imprint’s branding left for the specially made insole. Grab another detailed look at both pairs below and be sure to keep an eye out on Nike SNKRS, as the white pair is set to release on June 19th. 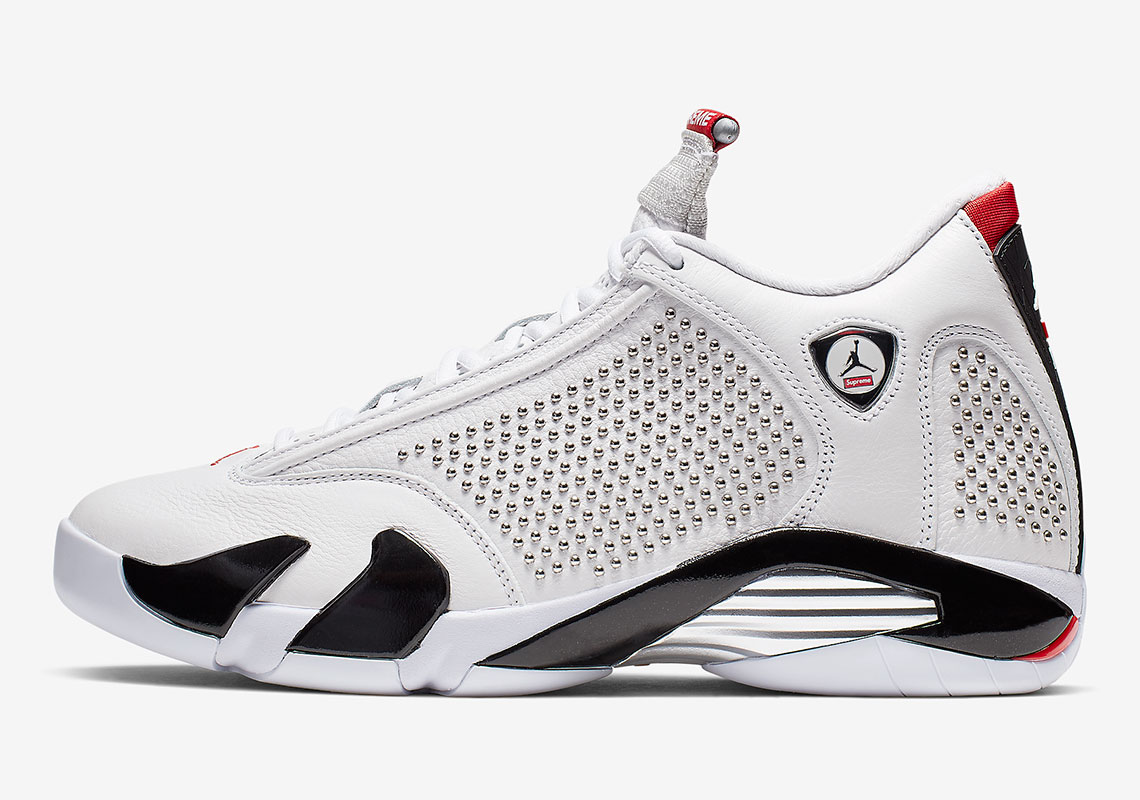 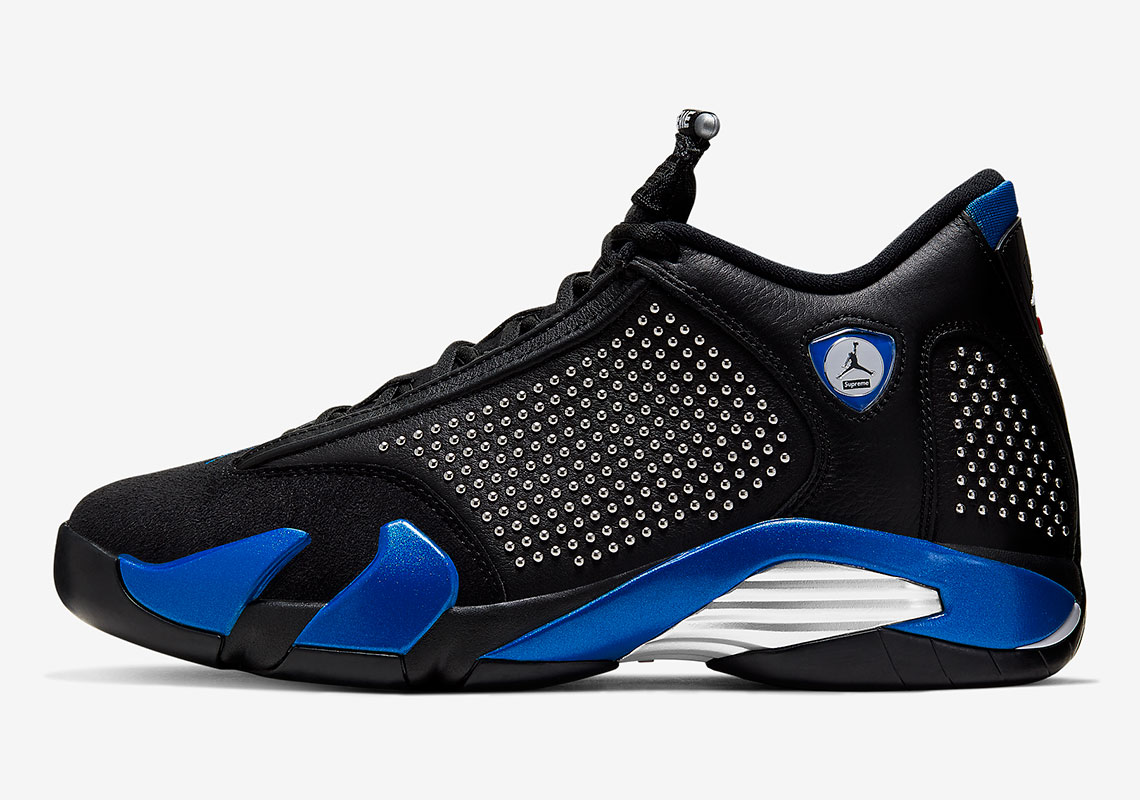 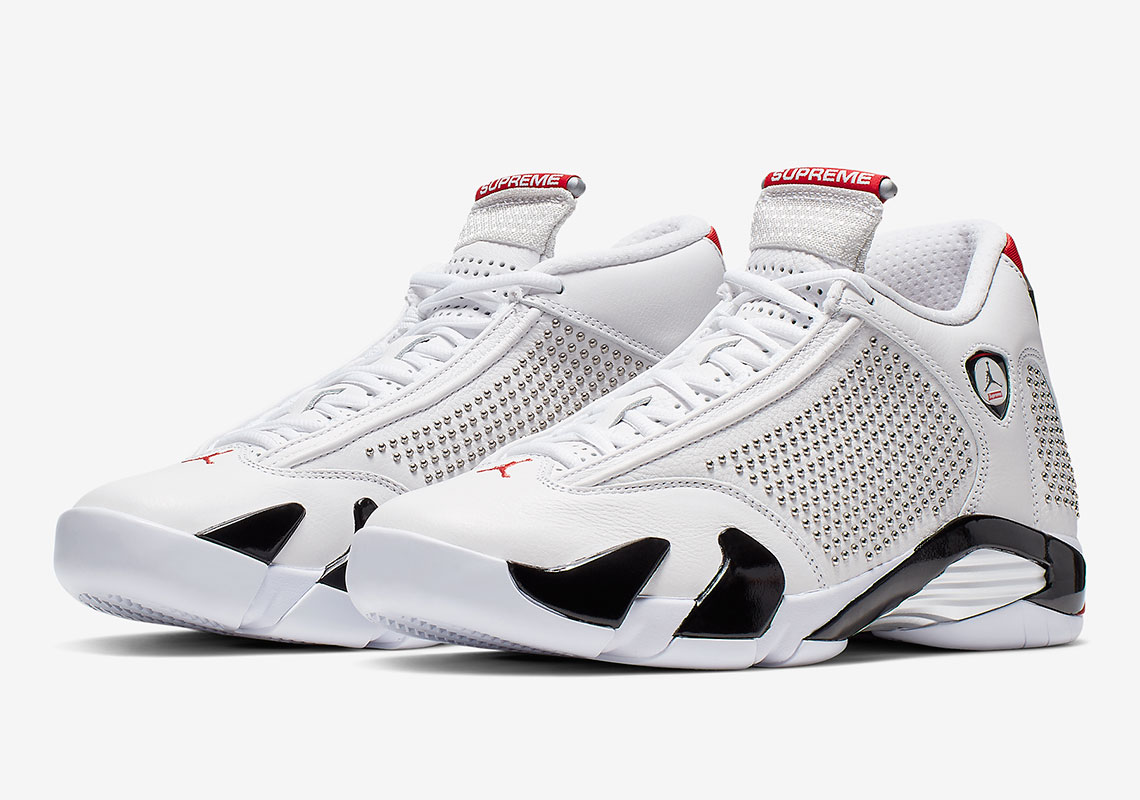 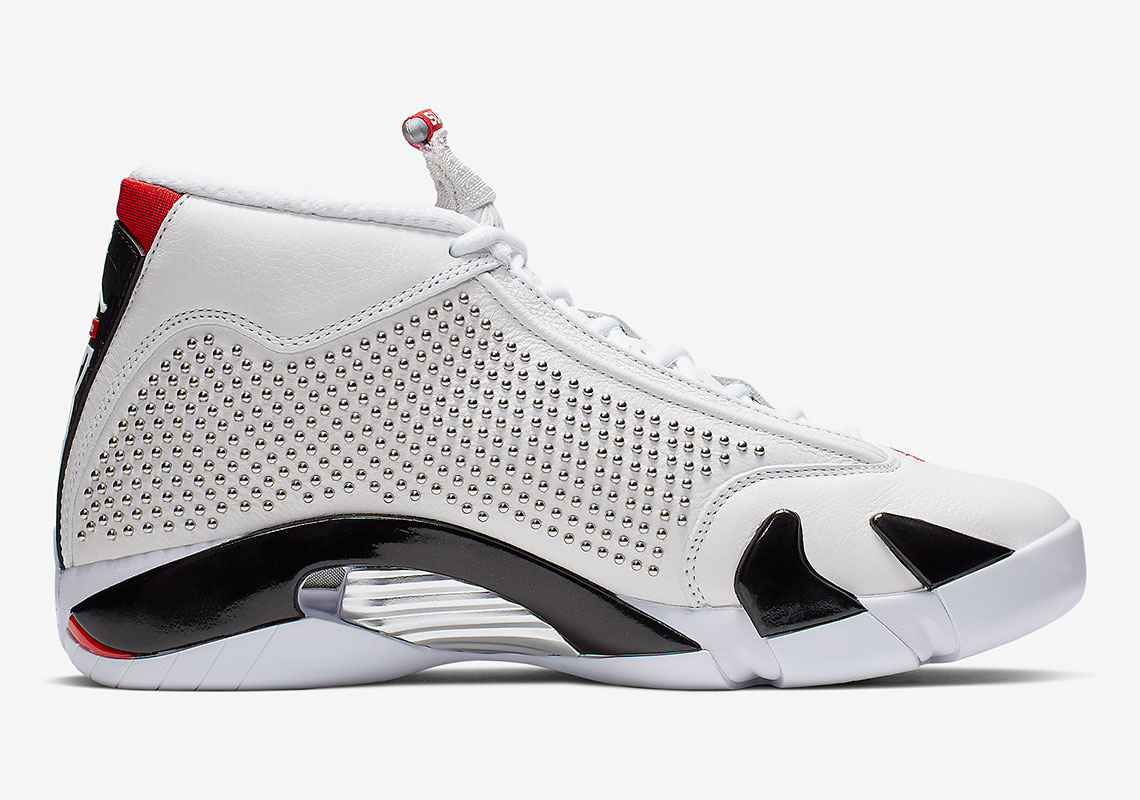 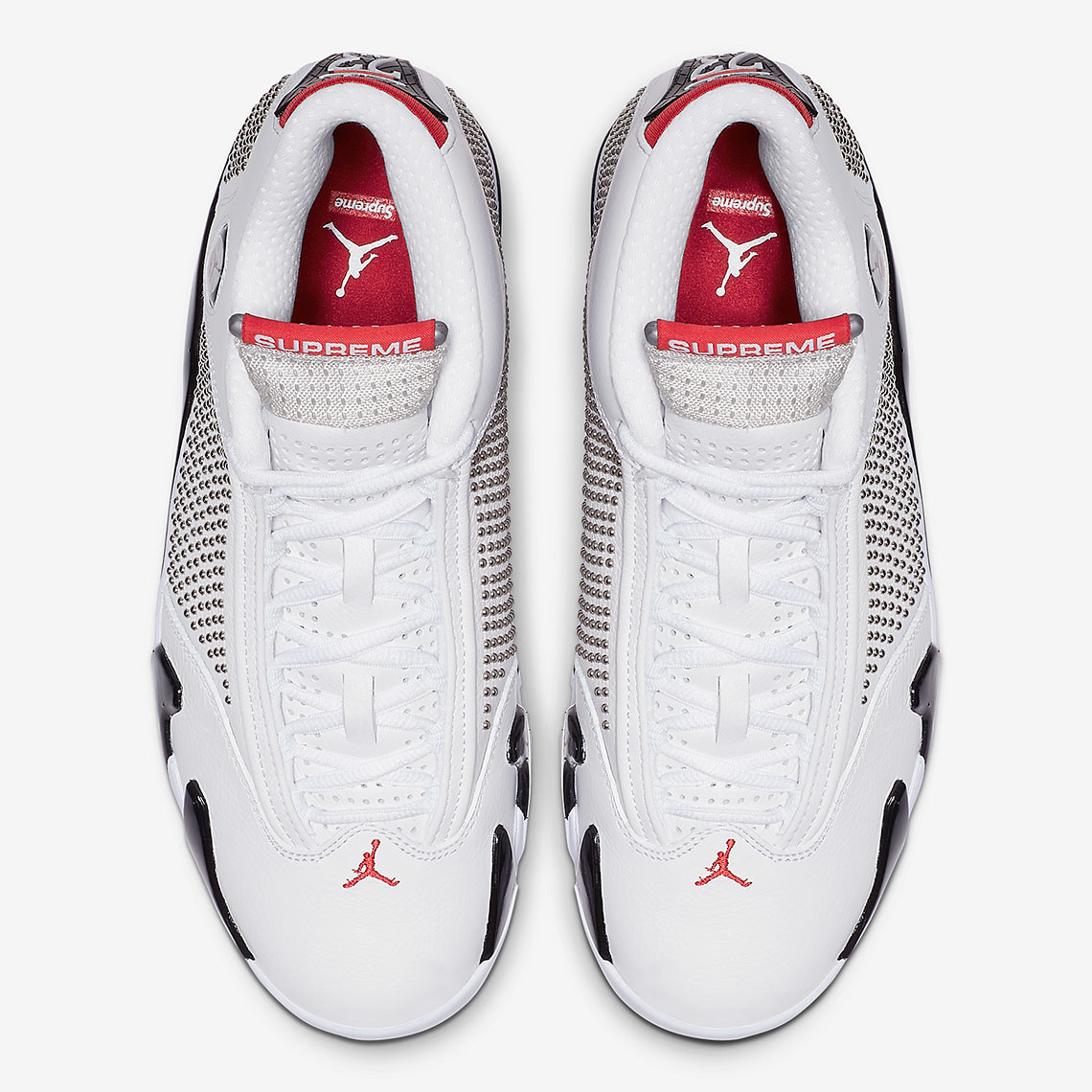 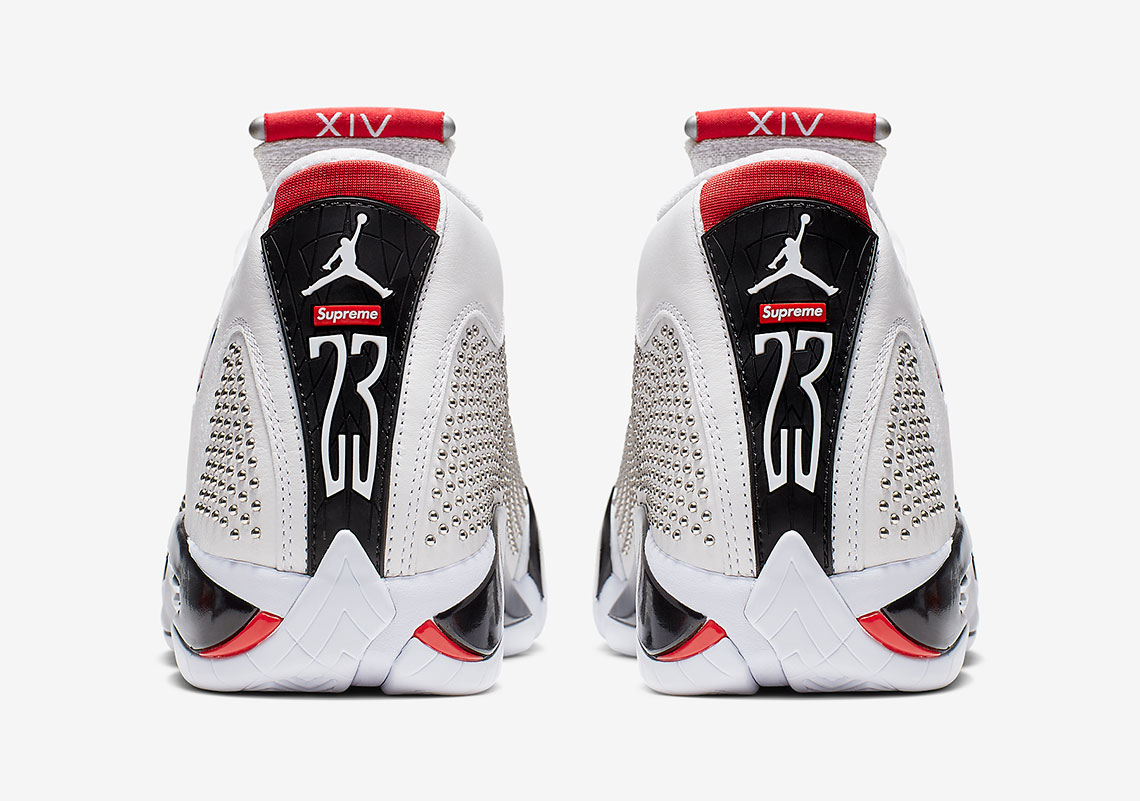 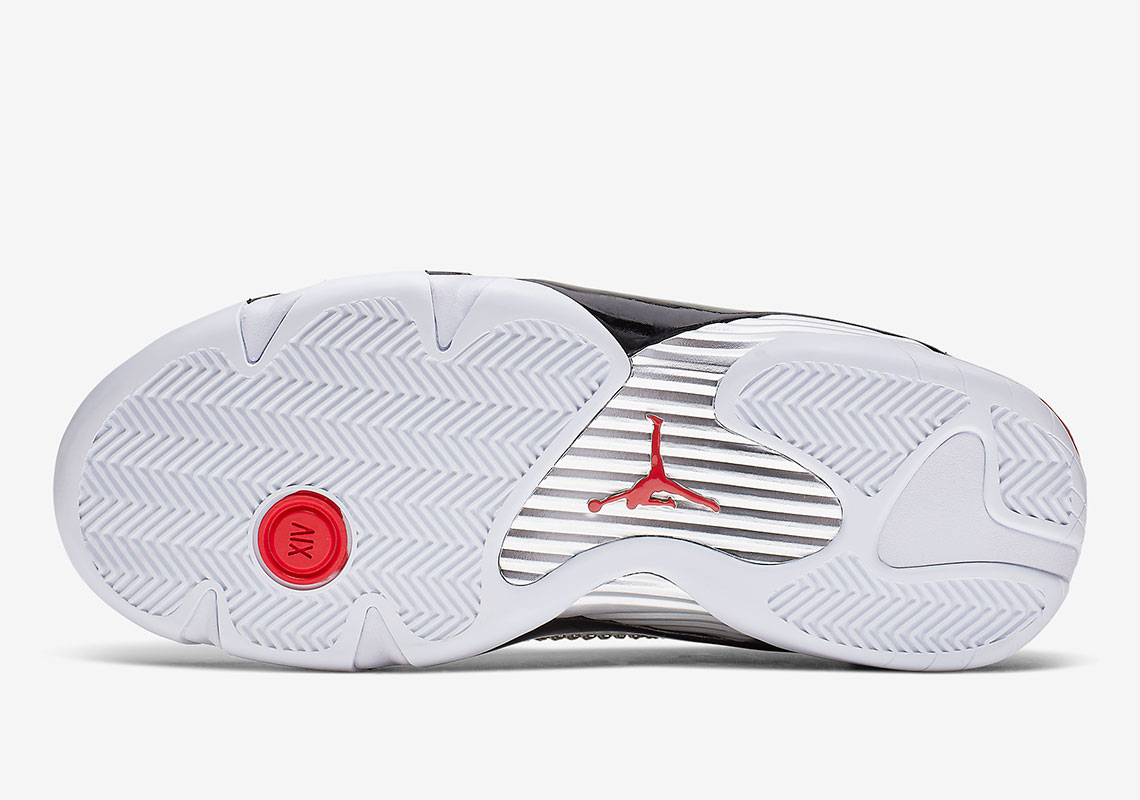 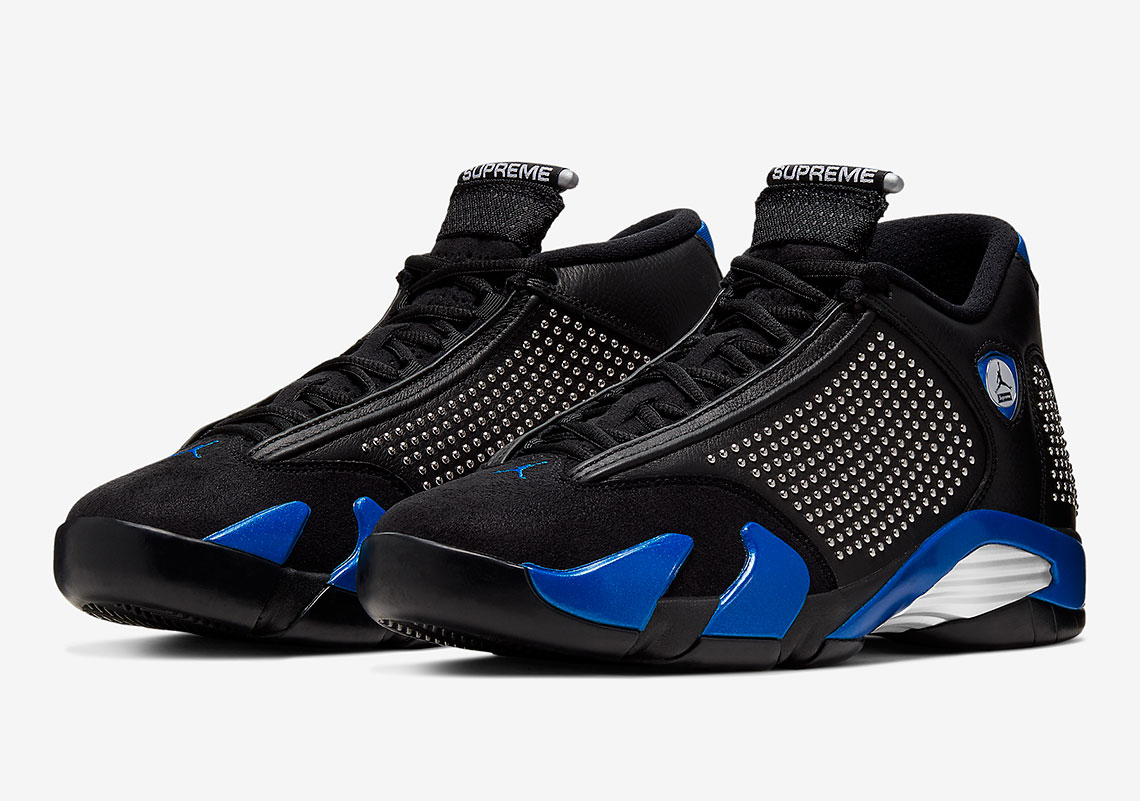 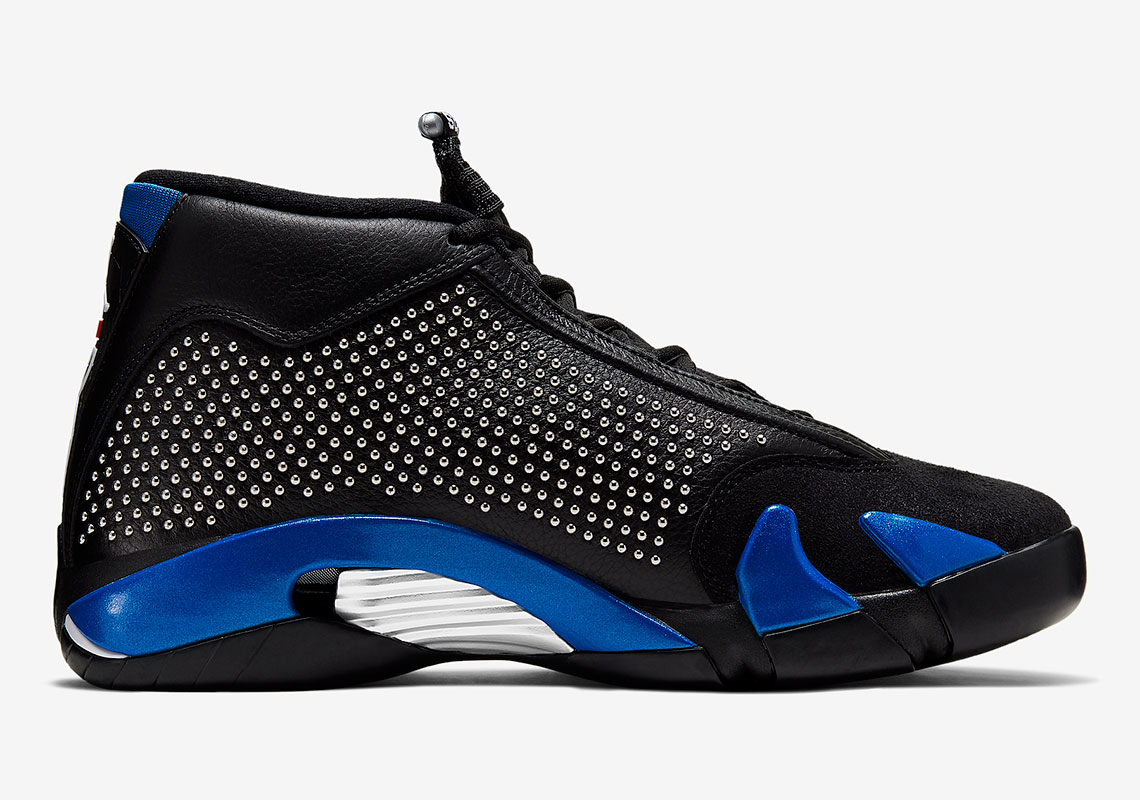 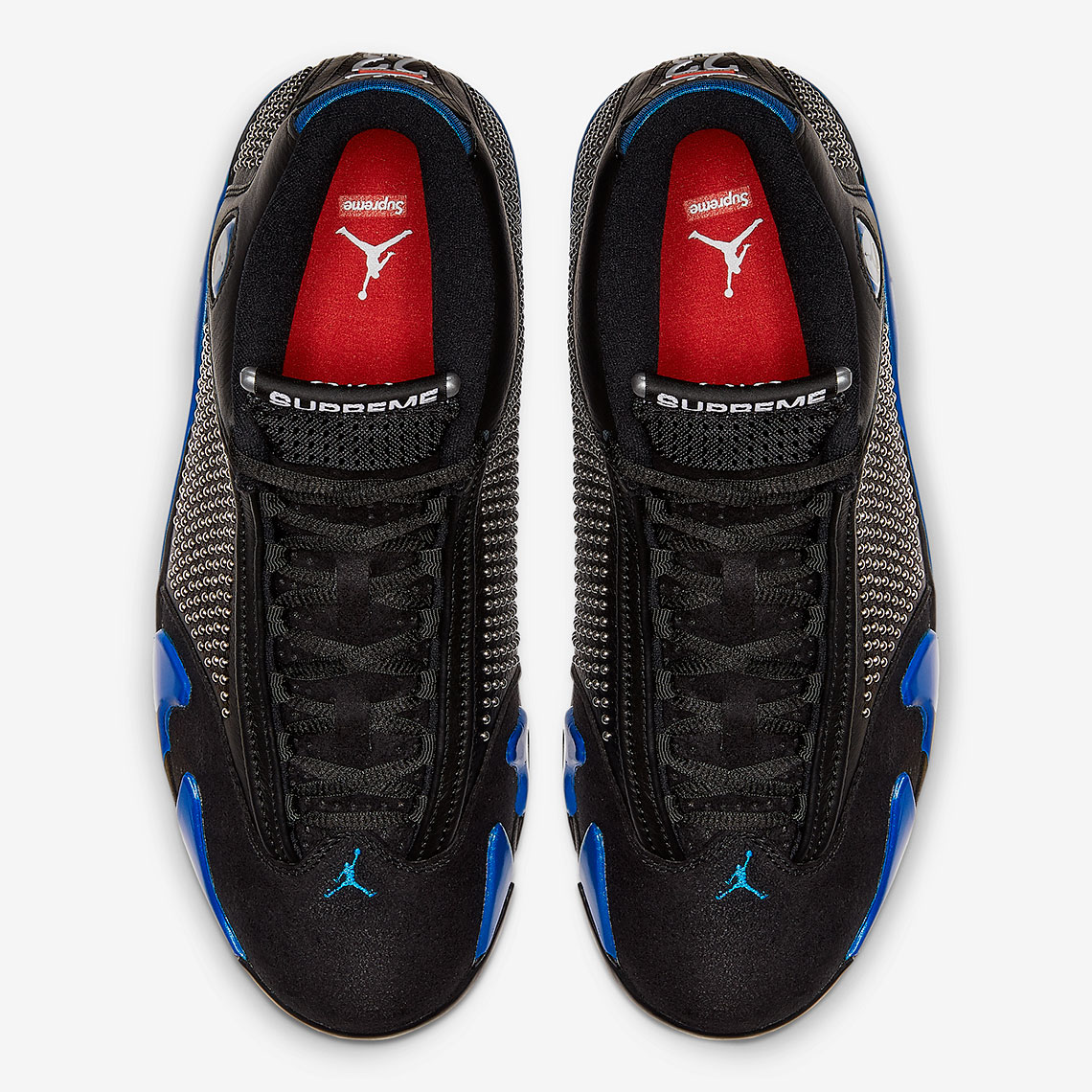 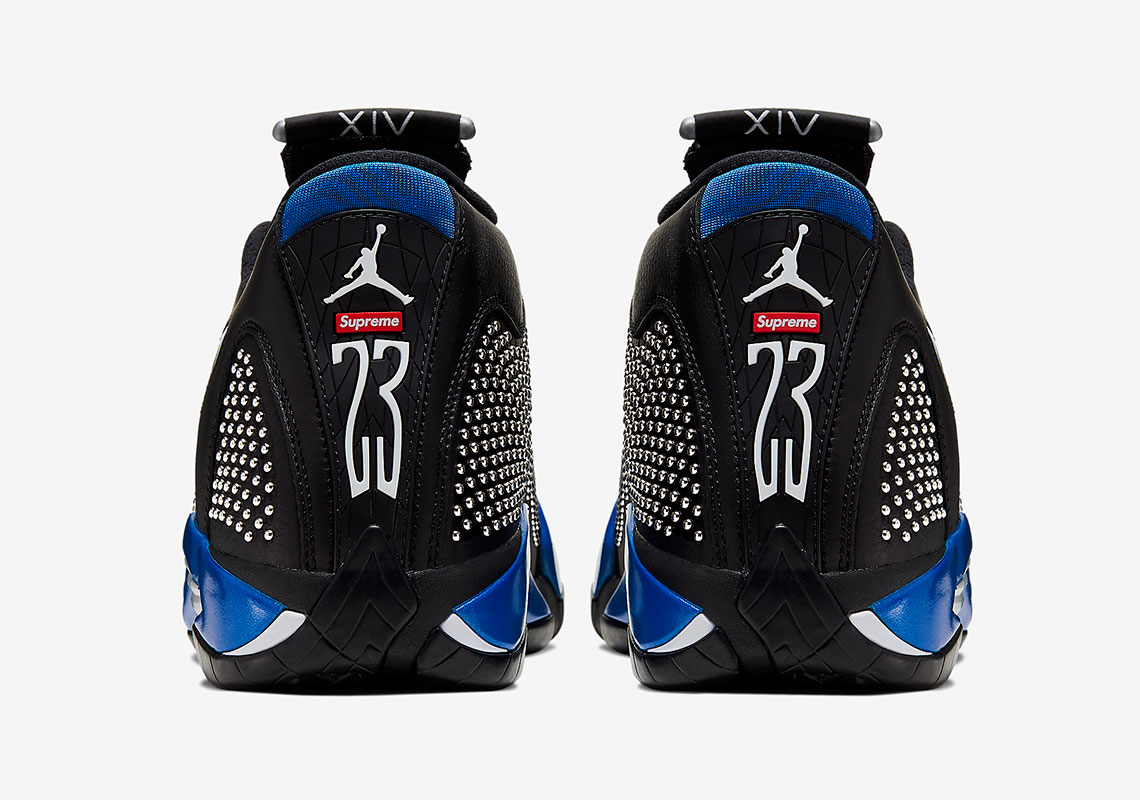 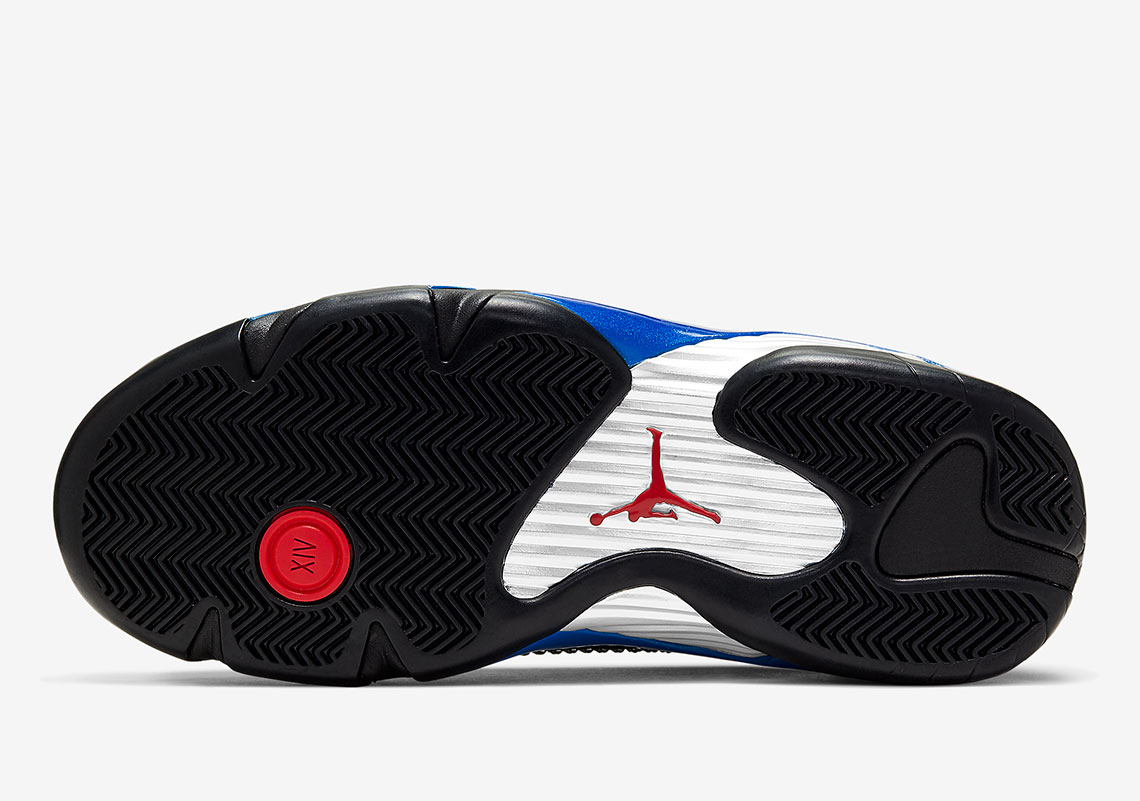