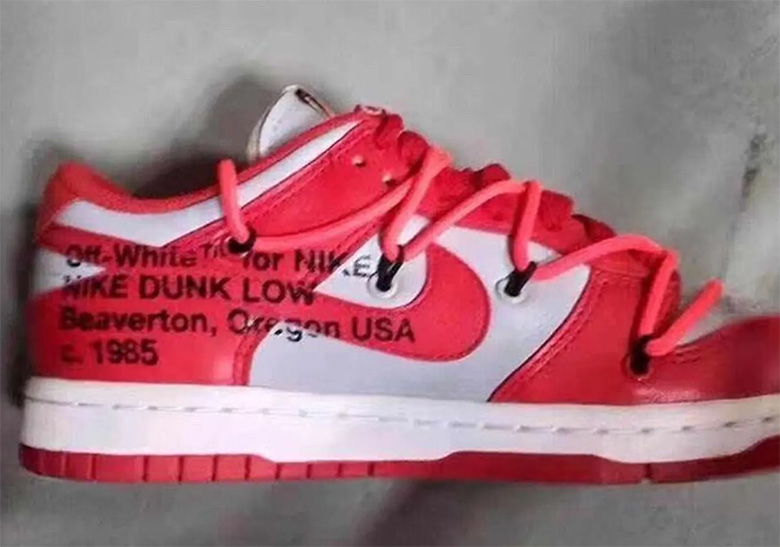 Much like his “The Ten” series, Virgil Abloh continues to expand on his yet to release Nike Dunk Low, preferring the slow burn of teasing a striking Futura colorway months ago, introducing a sultry “Pine Green” just days prior, and now letting leak a vibrant “University Red.” Much like those prior, the Off-White collaborative piece is somehow ripped straight from the mind of the Louis Vuitton head though in the framing of more standard color blocking. Rather than neon hits sprawled across midsoles and various panelling, it acts as more of an homage to the silhouette’s classics with his own touch-ups arriving by way of the sprawled type at the medial and an additional set of laces whose positioning mimics that of avant-garde hiking boots. The warm tone finds place fittingly in the majority, dyeing each and every outward overlay and outsole while black accents sparingly diverge in unison with the stark white base. Grab a first look at the newest colorway right below and keep it locked in for more word on its official release.