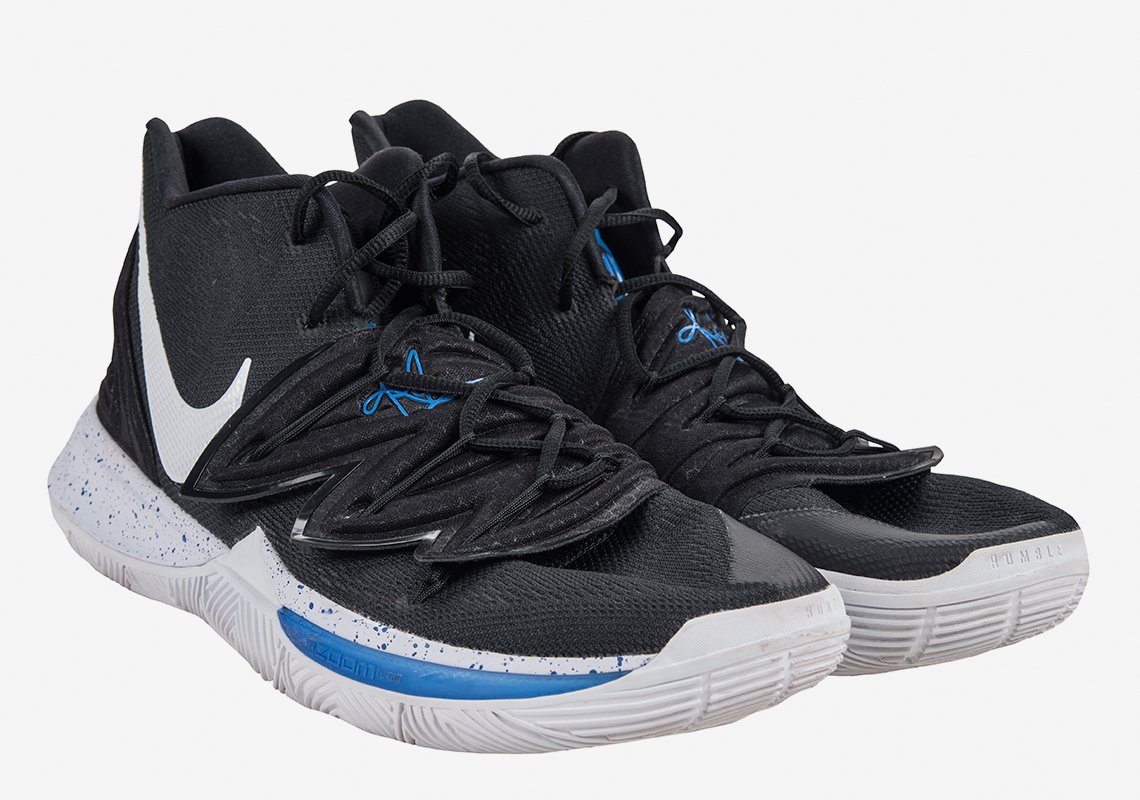 Zion Williamson was college basketball’s brightest star by a long shot last season, and now as the #1 overall pick prepares to commence his NBA career with the New Orleans Pelicans, his game-worn college shoes are selling for five-figure sums. At a recent auction, the former Duke Blue Devils forward’s size 15 PE-edition Nike Kyrie 5s sold for an astounding $19,680, a whopping price point seeing as his legacy is still in its early stages. Williamson sported the special makeup of fellow former Duke hooper Kyrie Irving‘s signature Nike shoes during a November 19th, 2018 Maui Invitational game against the San Diego State Aztecs, and they feature special details like a Duke logo on each heel, a black/white/blue color scheme to match the squad’s alternate jerseys, and speckled detailing on the midsole. A sample tag on the inner collar and photo verification (both pictured below) then prove their authenticity.

Williamson’s collegiate footwear history is the stuff of legend, as he memorably injured his knee ripping through a pair of Paul George‘s Nike PG 2.5s during a game against rival North Carolina, a shocking moment that lead Nike to craft an extra-reinforced Kyrie 4 specifically made to withstand his bruising-yet-ultra-athletic style of play. He’s since signed with Jordan Brand, so his sneaker story is sure to be front and center in this upcoming NBA season — even more so after this high-dollar sale. Get a detailed look at these spendy PEs here, and keep it locked for all your sneaker-related Zion news. 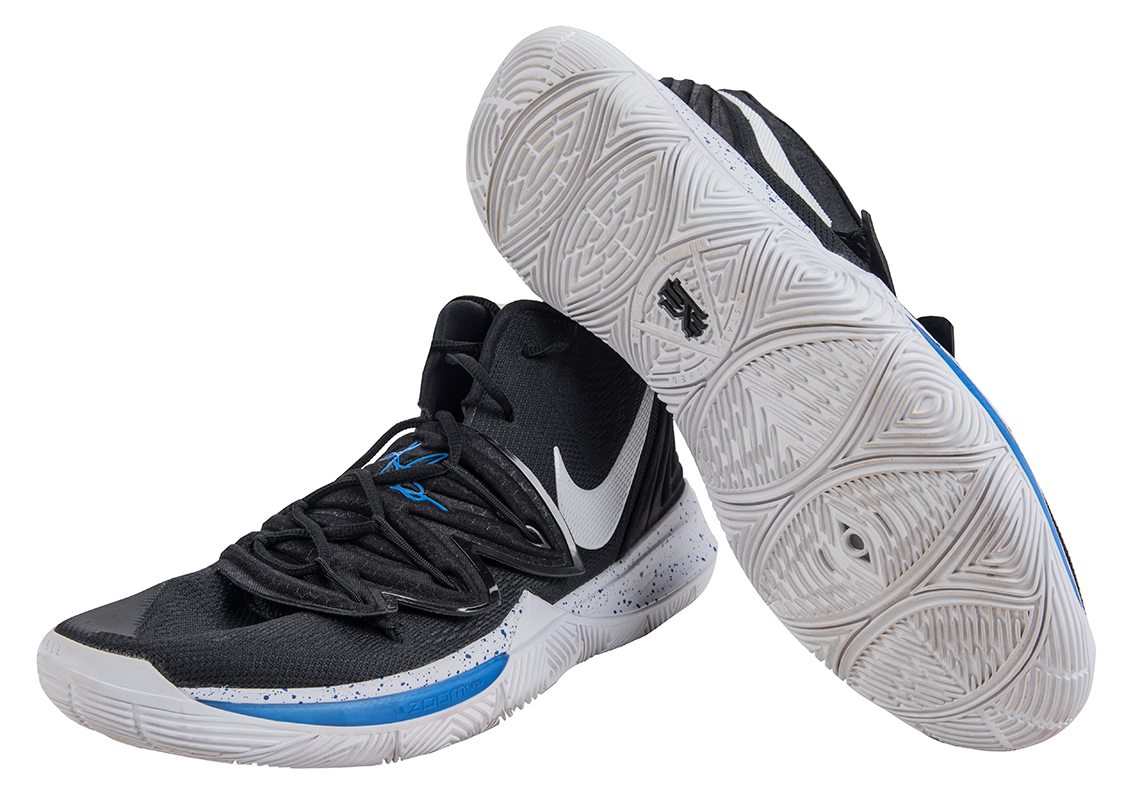 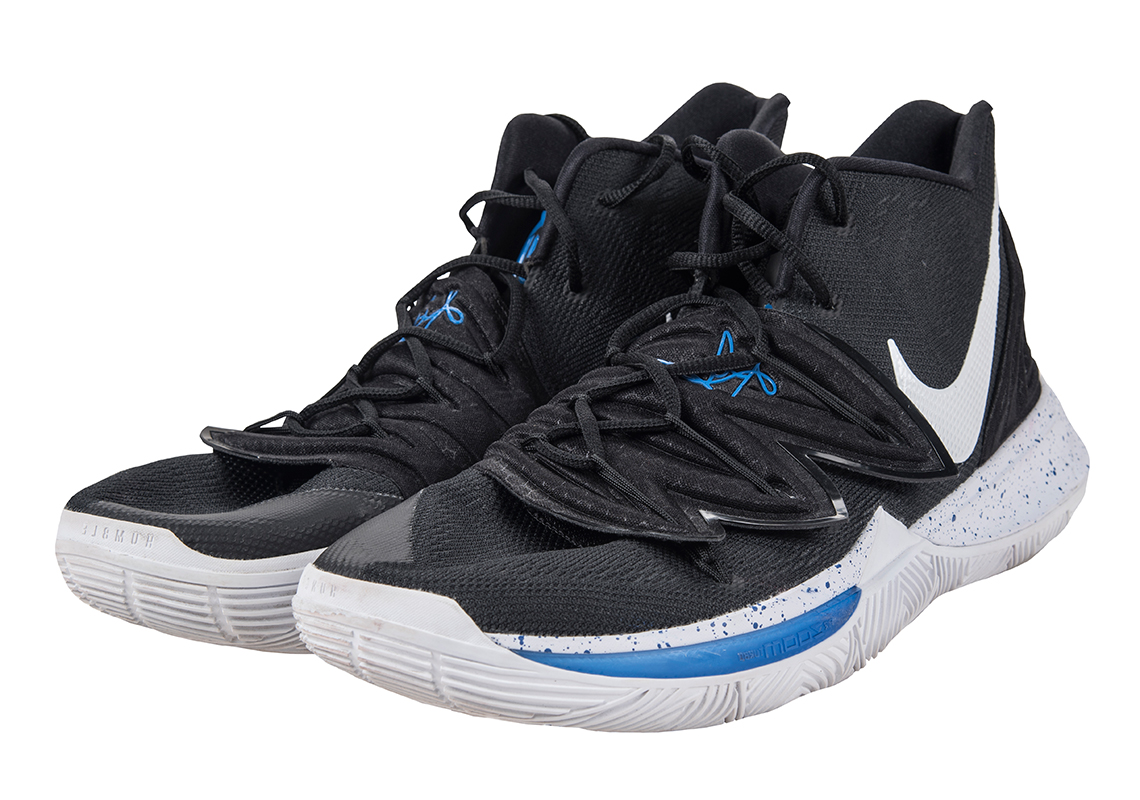 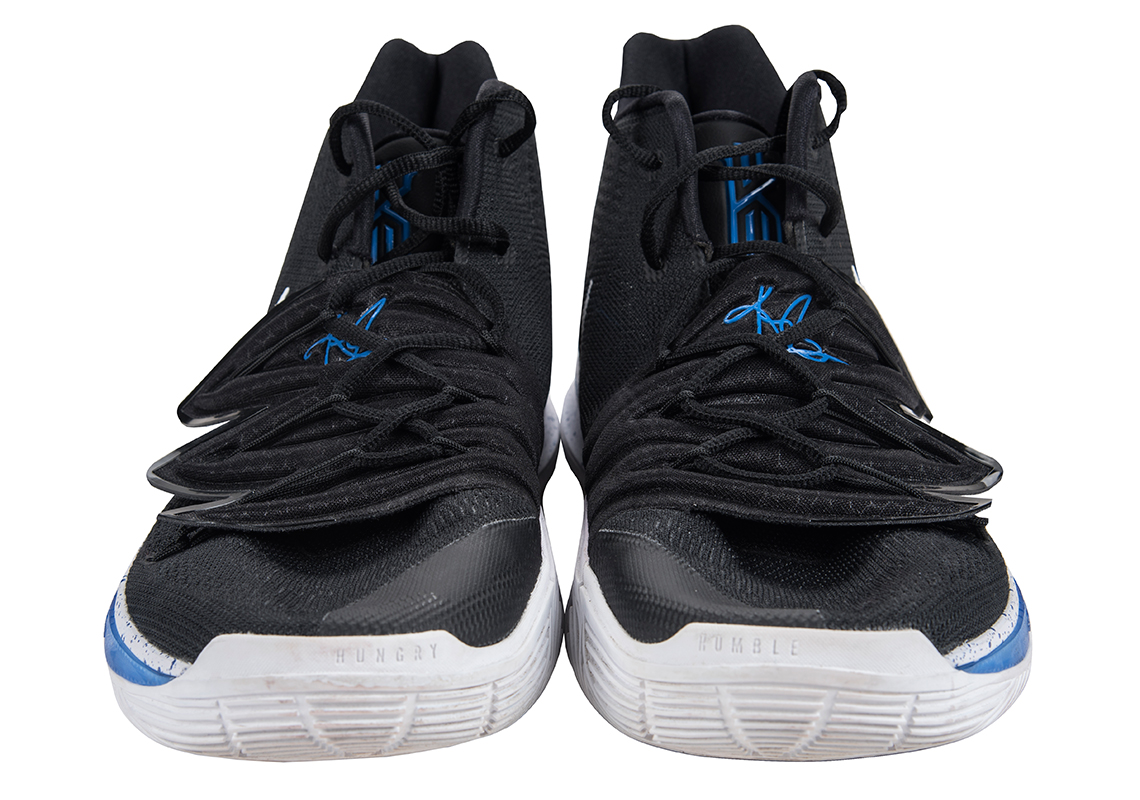 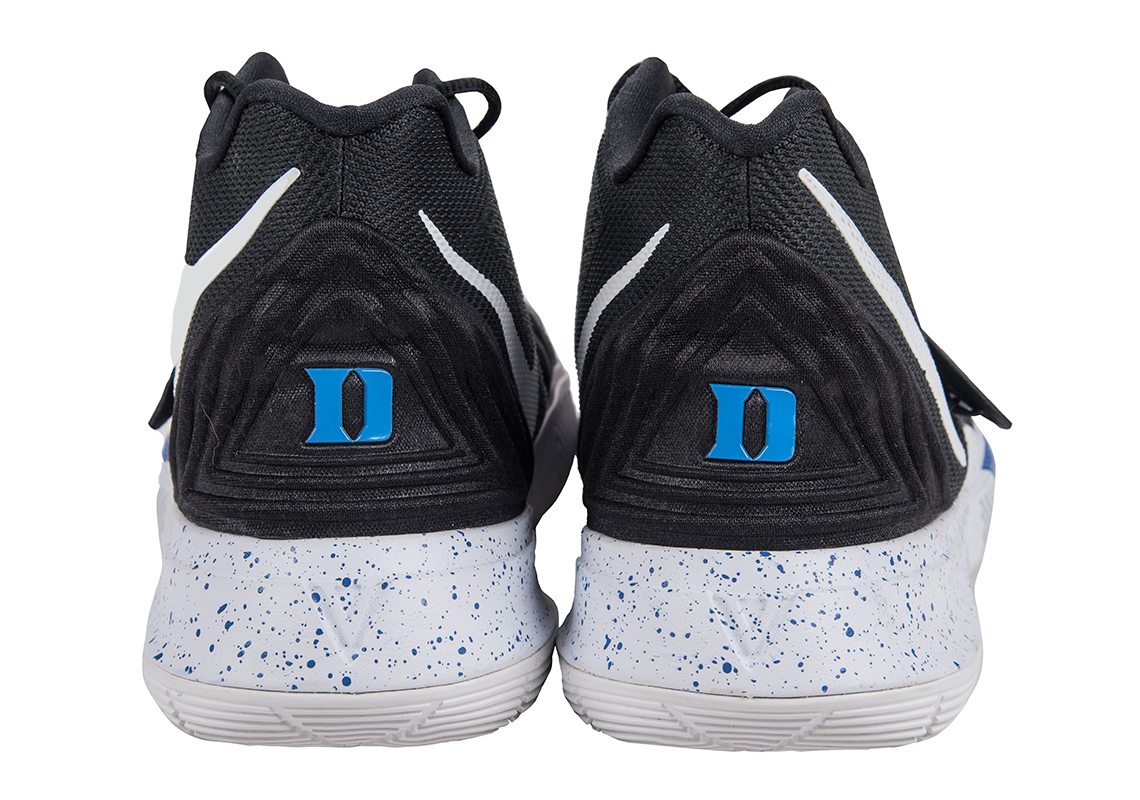 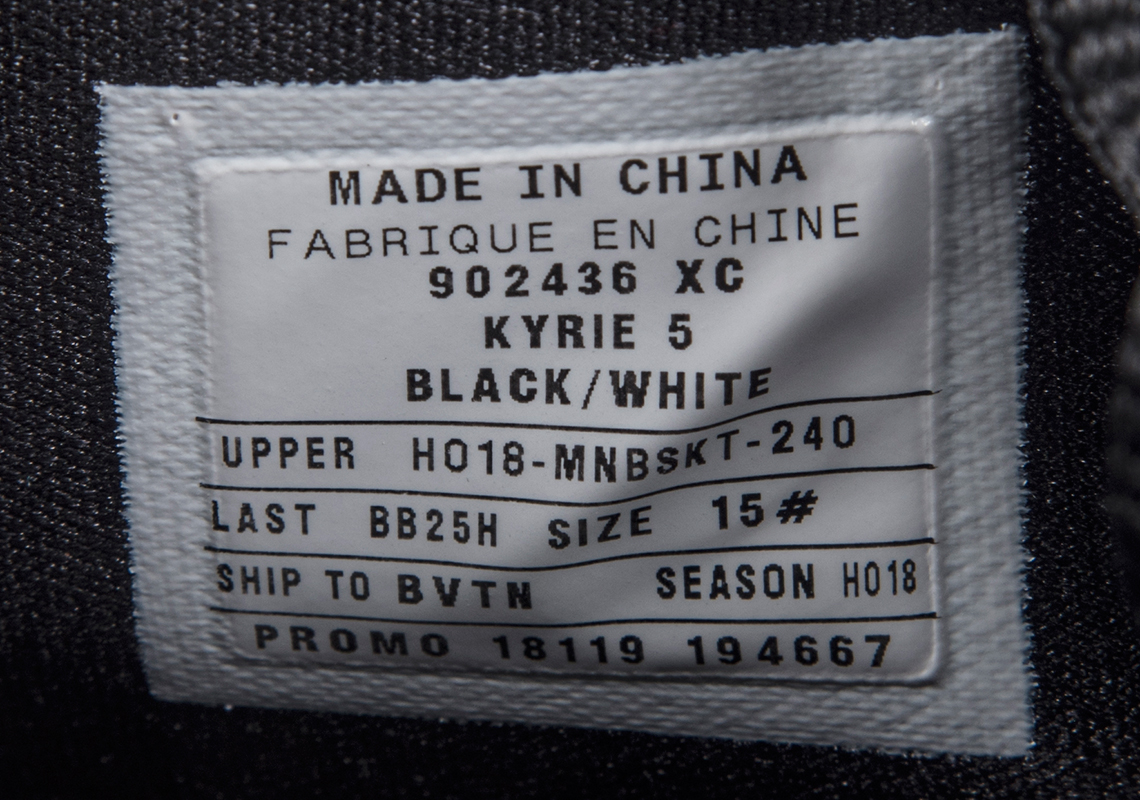 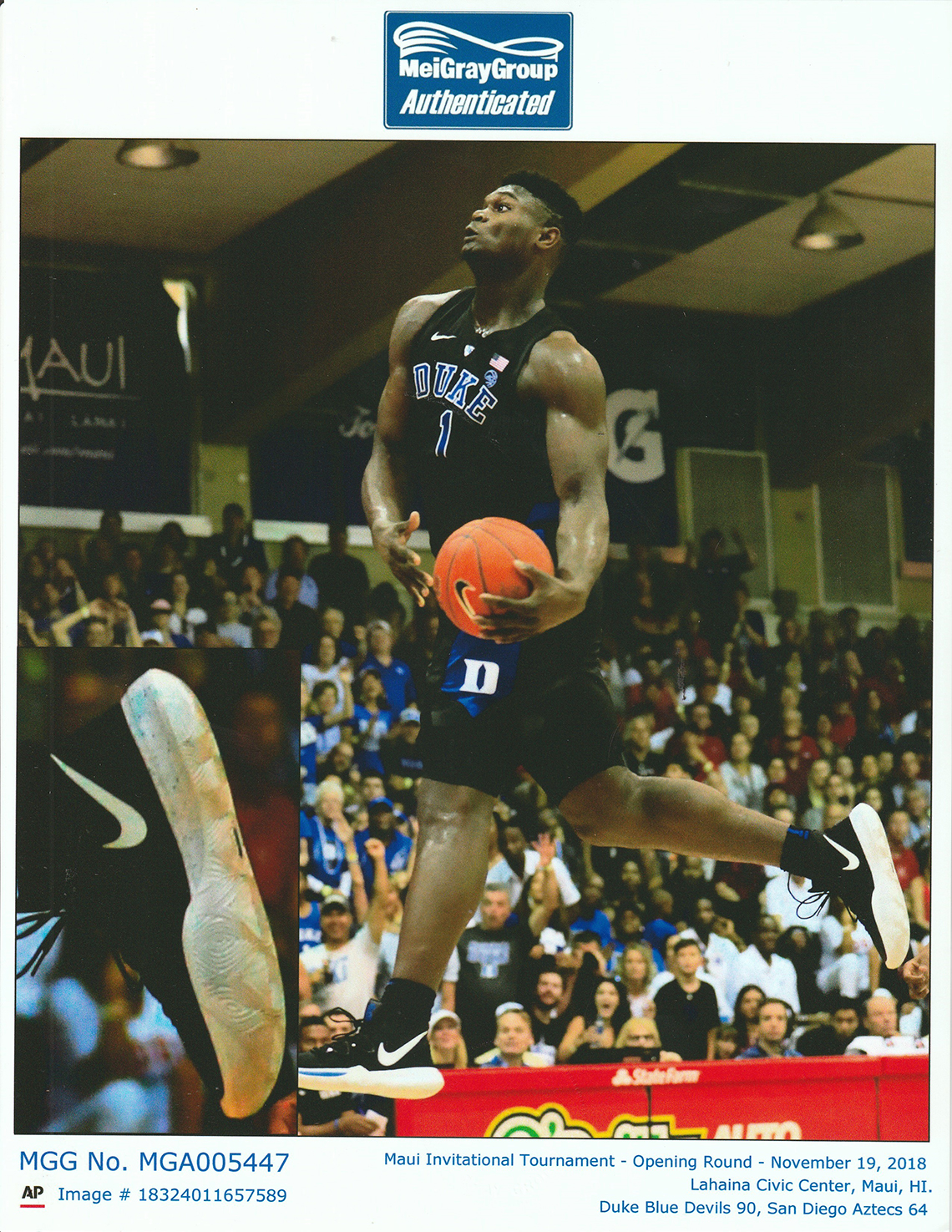