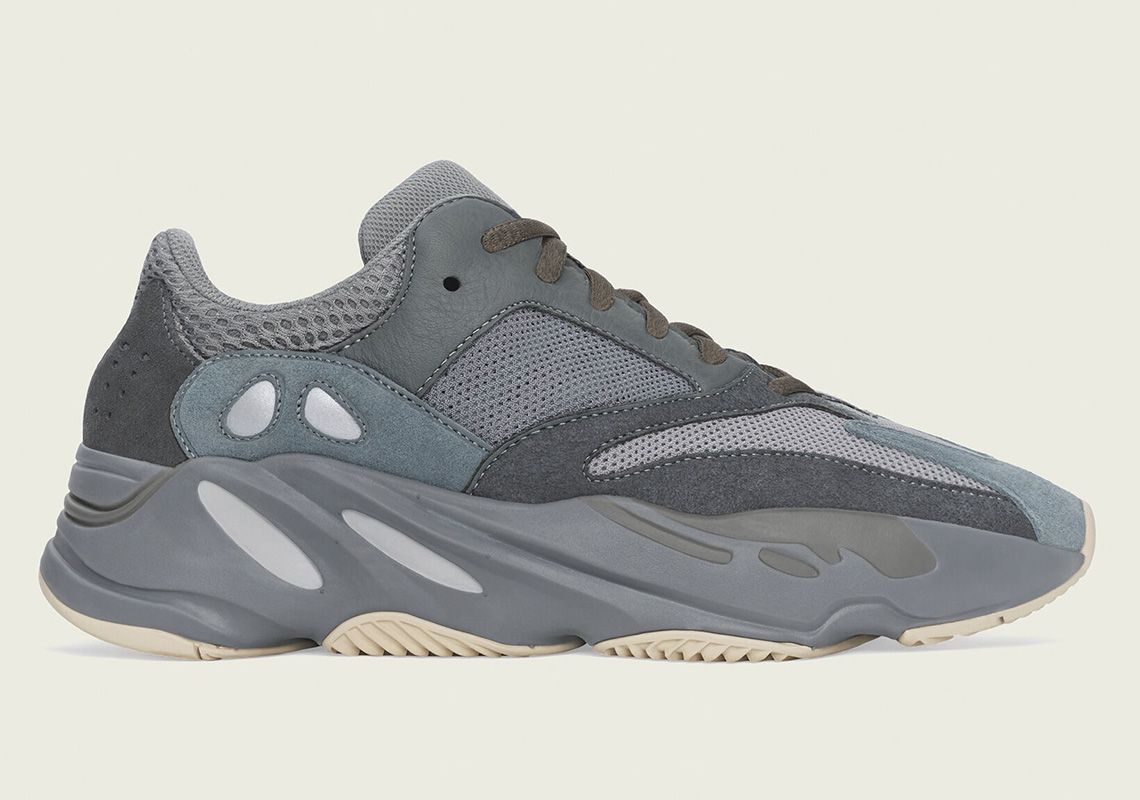 One of the few to float under the radar — due mostly in part to being the only release from adidas Yeezy throughout the month of October — the Yeezy Boost 700 “Teal” surprises in its preference for the first iteration. While much of this past year was filled to the brim with the second update, the pair is still slowly dishing out the original despite already revealing its third upgrade dubbed the “MNVN.” Staying arguably unassuming while retaining the core DNA of the line-up thus far, the cool tone themed colorway mostly seems of a more neutral disposition: despite its namesake, the pair adopts mostly grey shades in an assortment of mesh, nubuck, and suede fabrications. Toe caps as well as one part at the heel, however, are just barely tinted forward in saturation, but much of the construction — even the sole unit and gum bottom — is left true to form for the model. Grab another look at these here and check out the Yeezy Boost 700 Teal store list to secure your pair on October 26th.