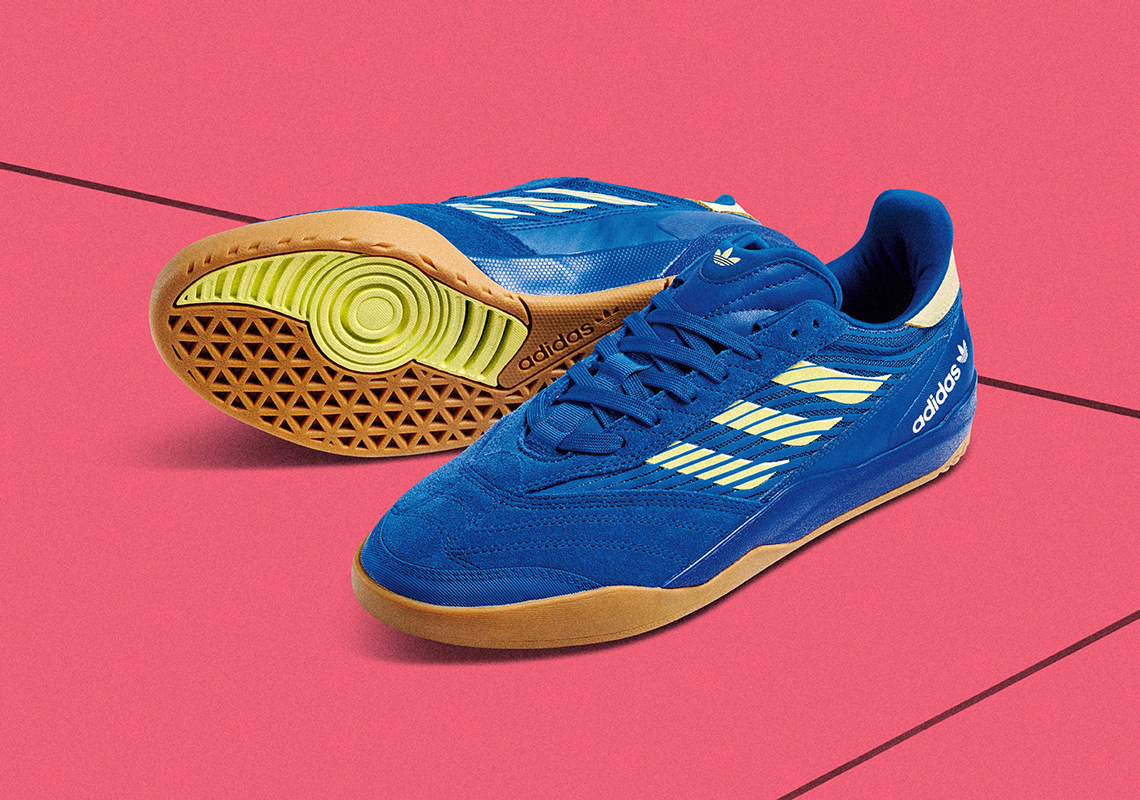 The Three Stripes is noticeably making efforts to level up their skateboarding category this year as they have been gradually starting to uncover their latest footwear propositions for the half pipes. Ticked off their list has been their honoring of Mark Gonzales with a fresh new take atop the Aloha Super, as well as the revealing of their Matchbreak Super. And now, adidas is once again pushing the new, as they have just unveiled their impending silhouette dubbed the Copa Nationale. Similar to the aforementioned Matchbreak, this kick flip-ready model uses archival sensibility as the influence of its structural composition by getting crafted with a shape reminiscent of the indoor Samba. Modernized traits are mainly executed within the technology as Cloudfoam cushioning is injected into the soles for premium shock absorption, but also bring in a futuristic feel via wavy design lines engineered against its side walls – a look somewhat similar to the Yeezy 700 v3. In terms of palette, most of its body is given a retro royal blue complexion, and is electrified with neon hits applied to the branding. In addition, the outsoles are presented with gum-colored coatings that spruce these up with a lifestyle aesthetic. See a closer look right here, and find these debuting on adidas.com and at select retailers on March 1st for a $90 price point. 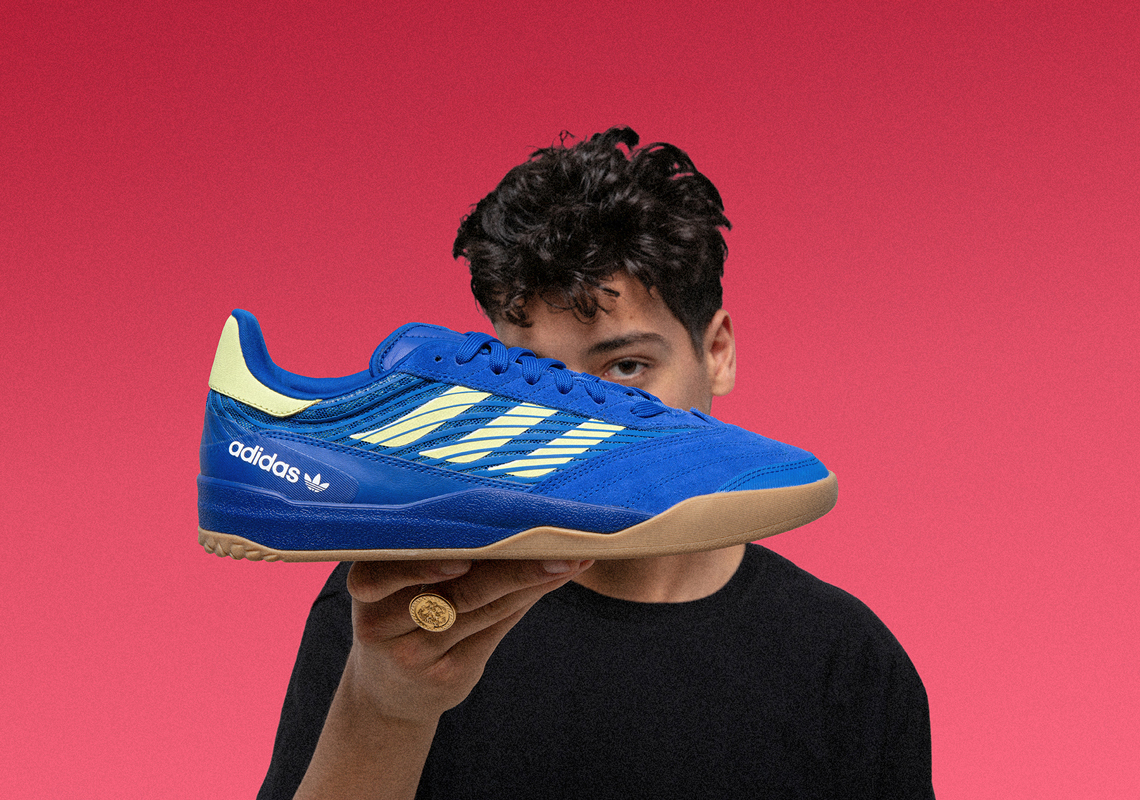 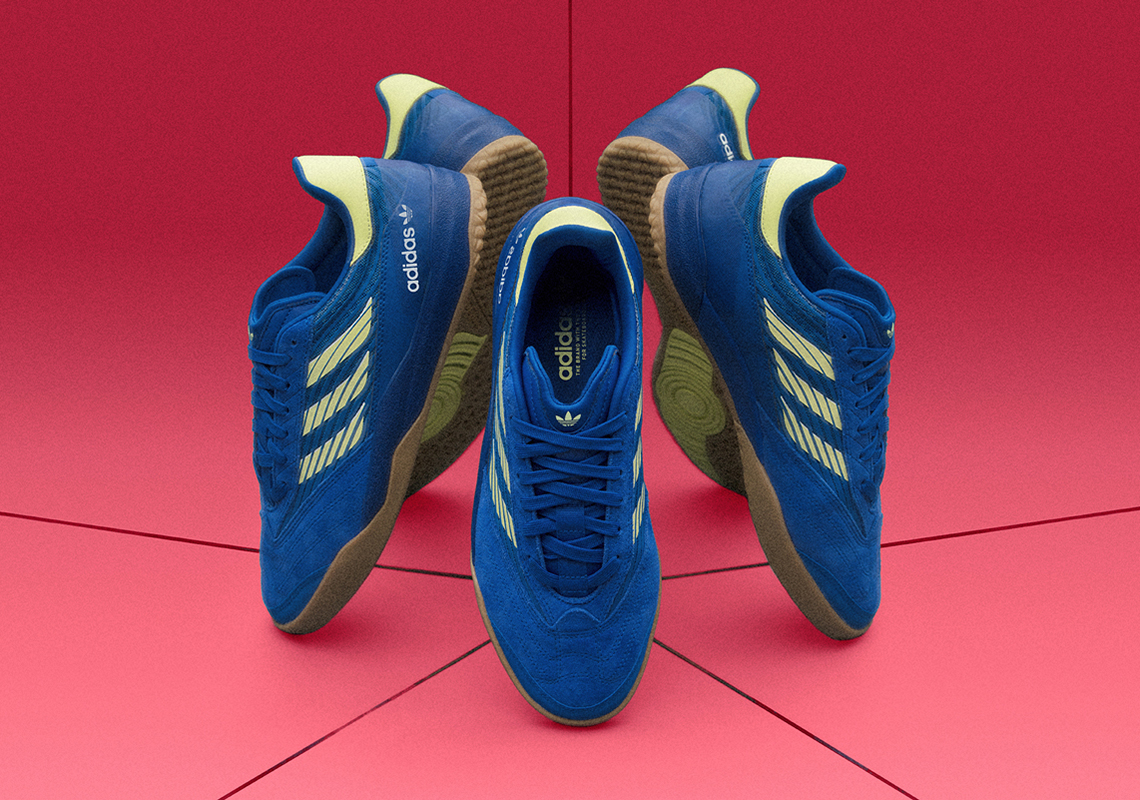