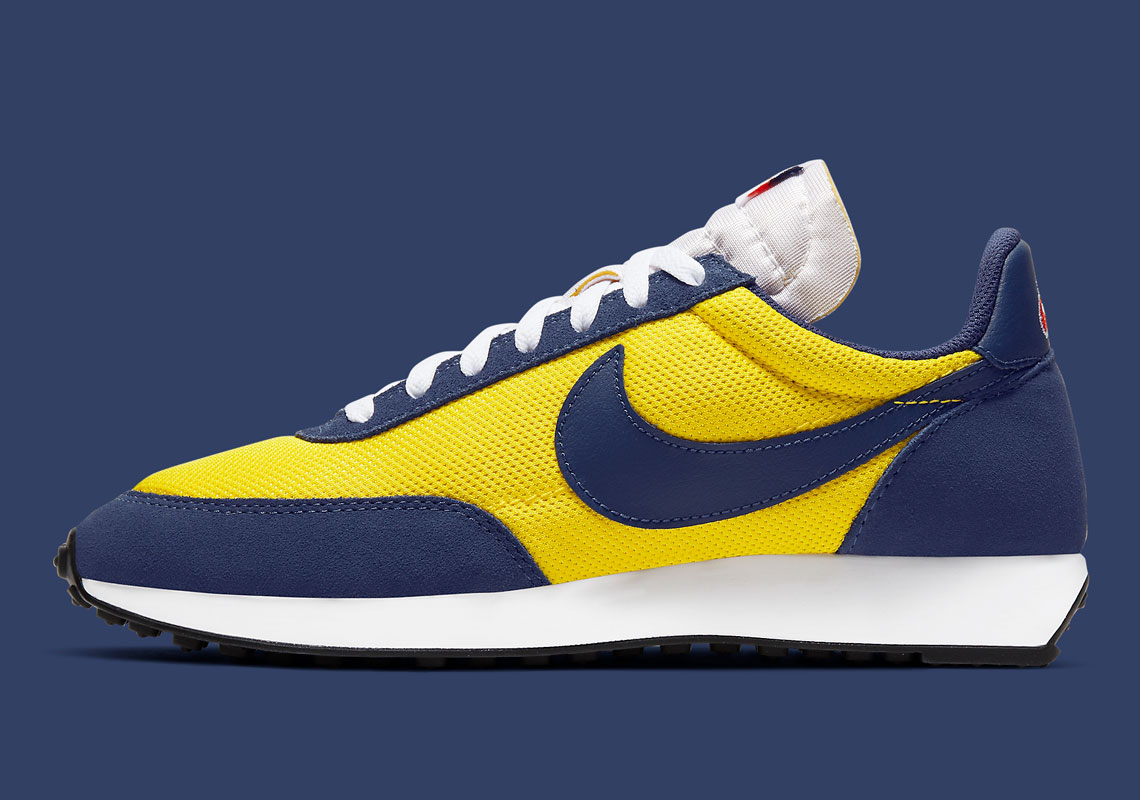 Since its first proper retro in 2012, the Nike Air Tailwind 79 has mostly dressed up in neutrals with the occasional of-the-era blue, yellow, or red flair. For its latest, the revolutionary runner, which debuted during the Honolulu Marathon in 1978, dons a color arrangement reminiscent of the University of Michigan Wolverines.

Constructed with near-original materials, the Air Tailwind 79 boasts a “Varsity Maize” mesh base. Overlays at the forefoot, lace guards and heel deliver material and color contrast given their suede, “Midnight Navy” composition. Like the Off White Nike Dunk from late last year, profile Swooshes are overtaken by dark blue and built from leather. Branding across the tongue and heel proffer a vintage aesthetic, with the latter’s arriving embroidered. Underneath, midsoles and their accompanying waffle-style outsoles forgo the off-white scheme of the exposed foam tongues, but partake in an equally simple yin-and-yang scheme.

Details of a Nike.com launch are still unknown, but pairs of this Air Max predecessor are likely to arrive quietly in the coming weeks. Until then, enjoy official images below and check out the Blazer Mid 77 with alternate snakeskin Swooshes when you’re done. 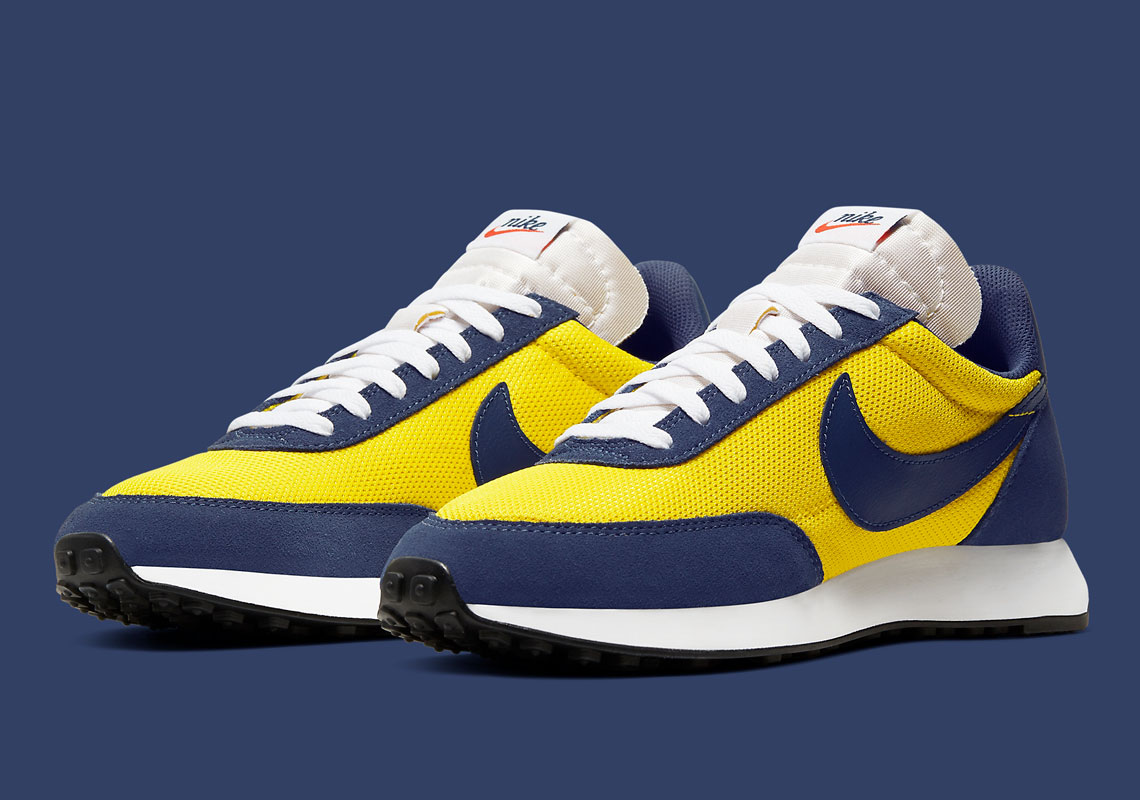 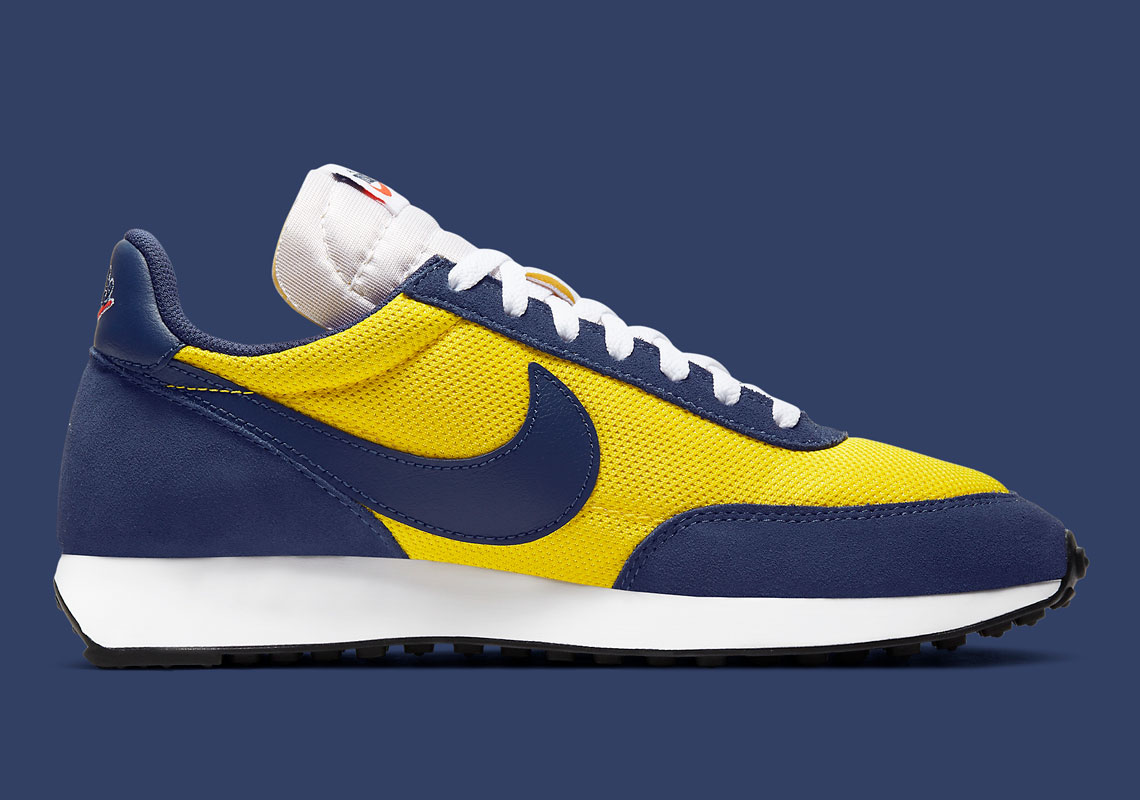 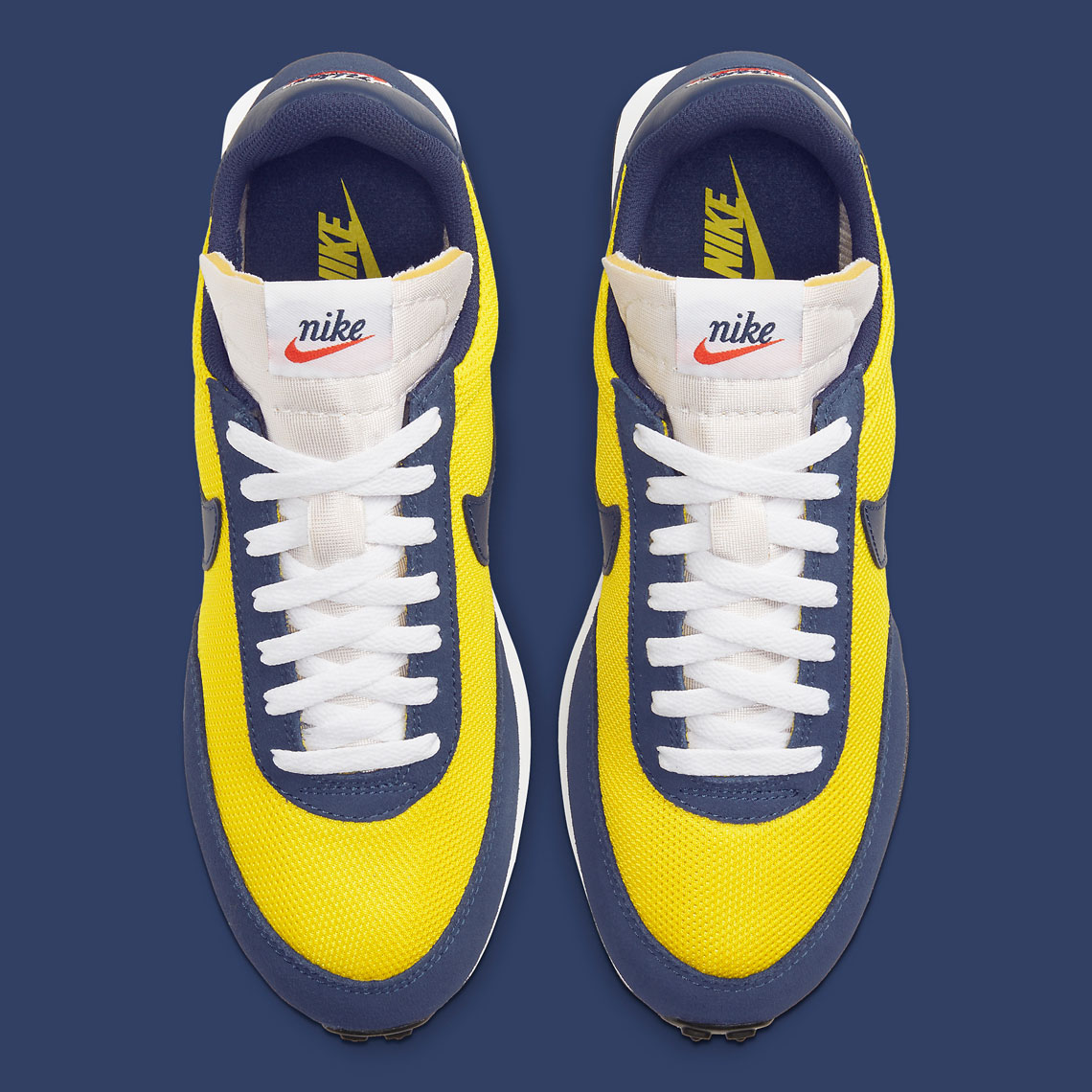 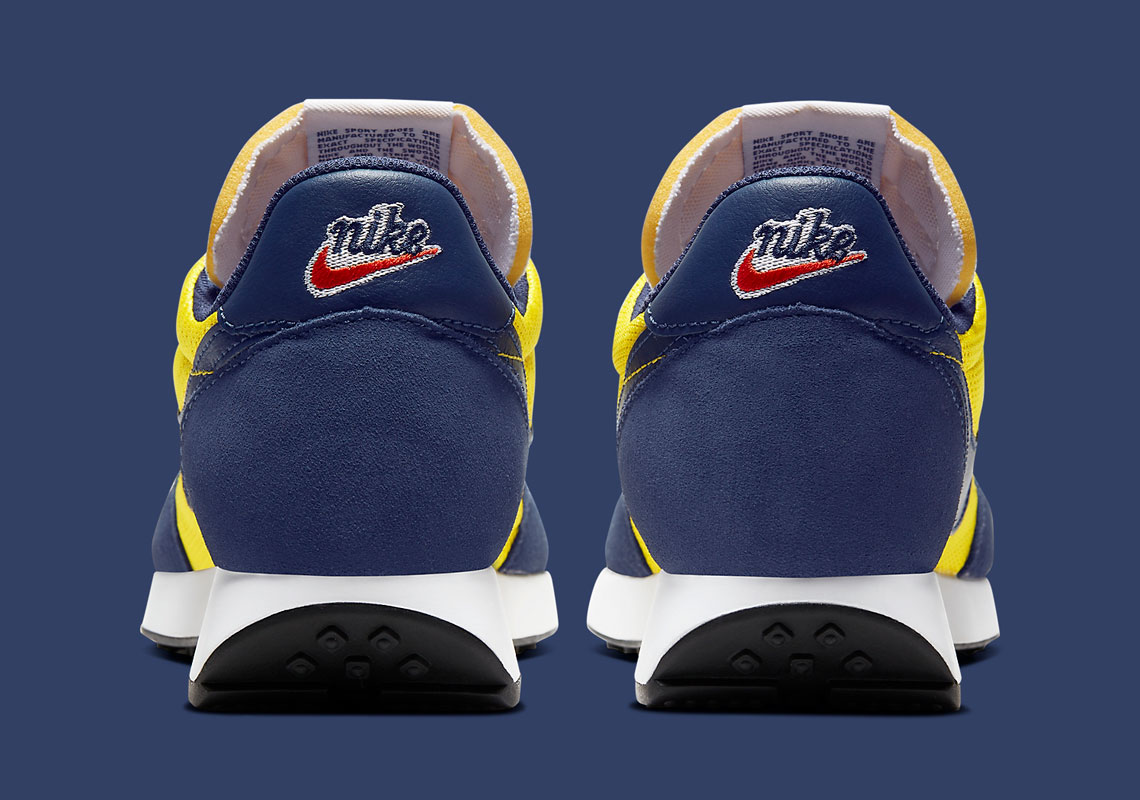 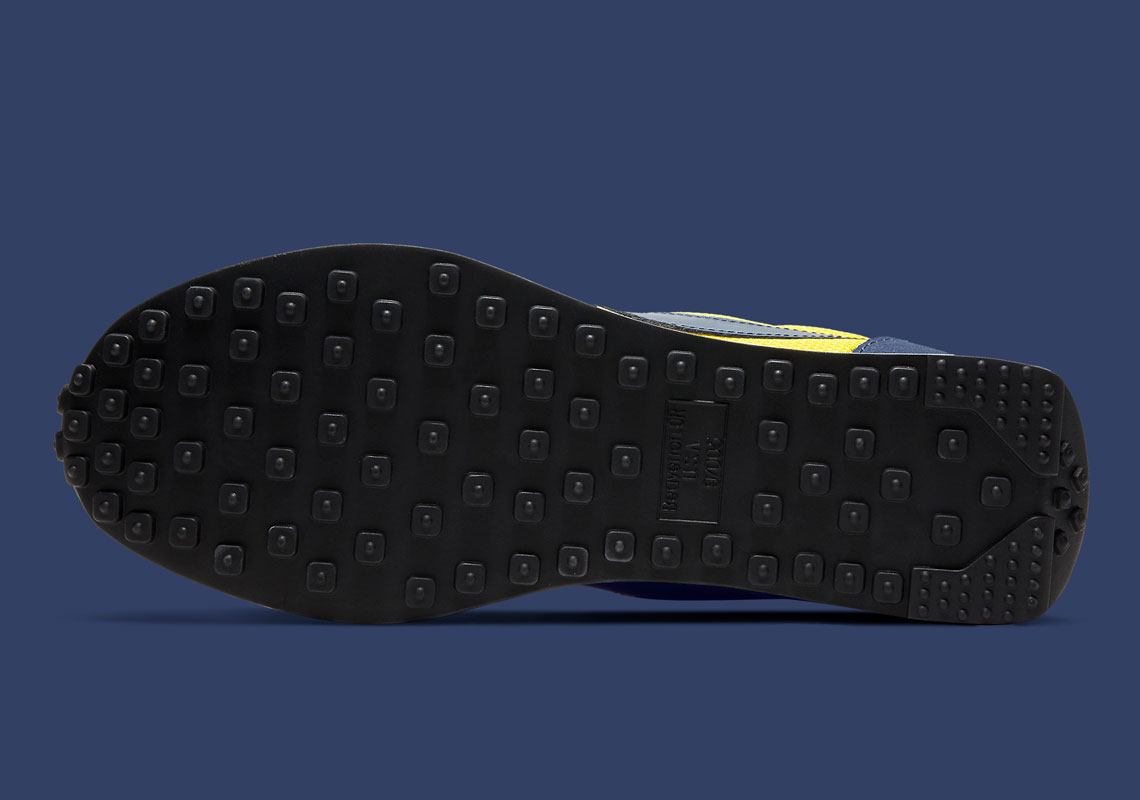