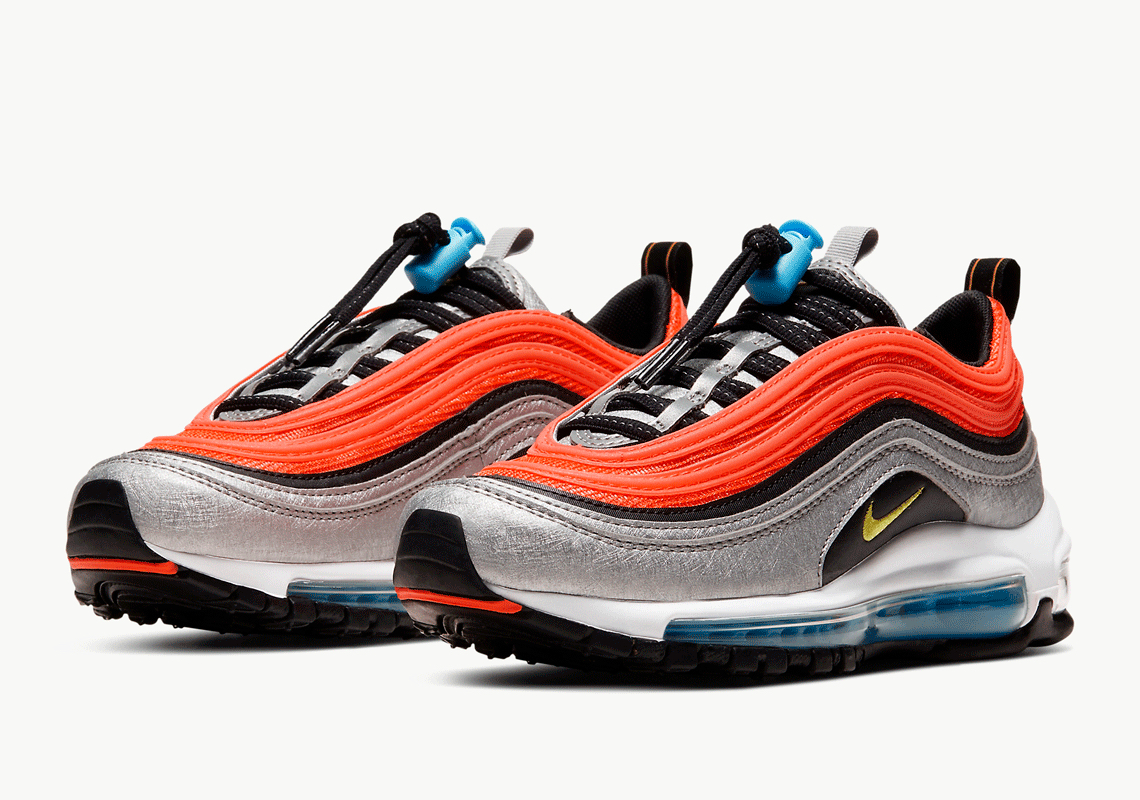 Unveiled alongside a handful of NIKE, Inc. silhouettes inspired by the extraterrestrial, the Nike Air Max 97 “Sky Nike” launches for kids on June 19th.

Predominantly clad in “Metallic Silver,” this pair’s uppers are slightly reminiscent of the model’s debut from 23 years ago. Vamp overlays, however, boast a fluorescent orange arrangement ostensibly inspired by the sun. Elsewhere, “Speed Yellow” profile Swooshes work in-tandem with light blue lace-locks and Airbags to not only nod to the sky, but add a new spin to Christian Tresser’s design. “Black” accents – which also appear on an adjacent “Sky Nike” Air Force 1 and Air Max Plus – throughout round out the Air Max 97.

The kid’s Air Max 97 “Sky Nike” launches at Nike.com and the Foot Locker Inc. family of stores on June 19th. In the meantime, enjoy official images of the pair here below.

Away from the kid-exclusives, another Nike Adapt Auto Max has surfaced. 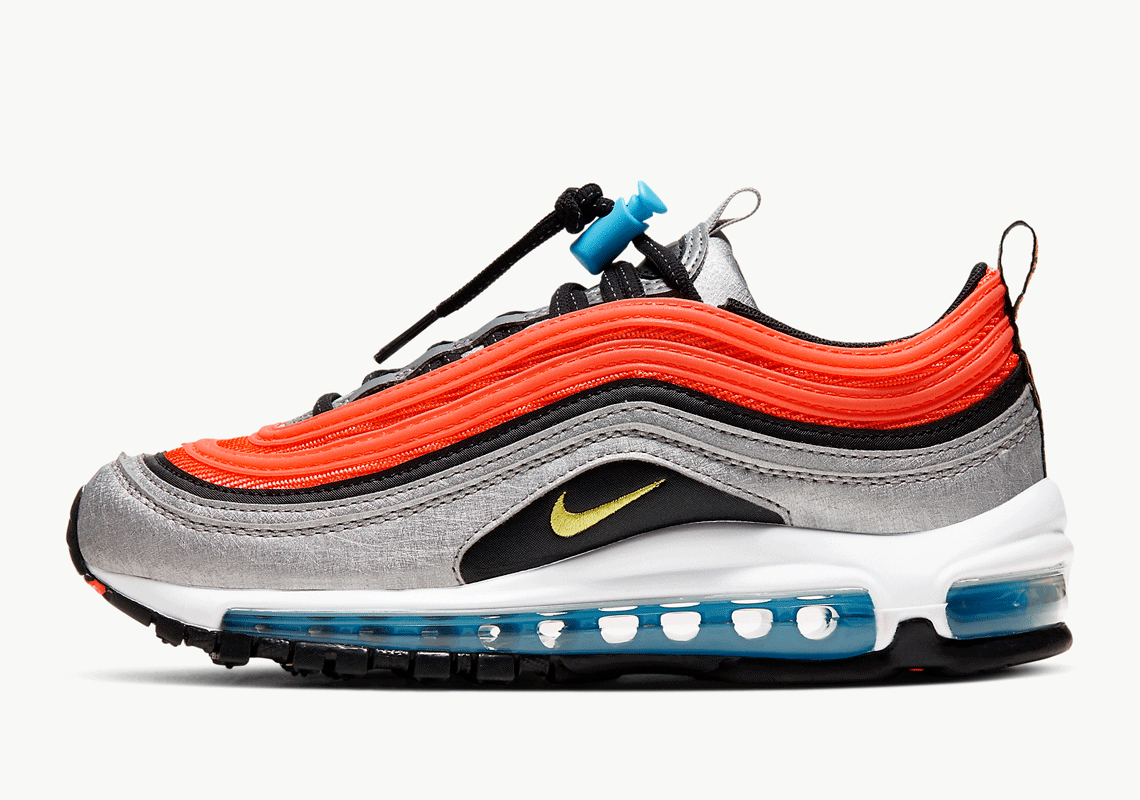 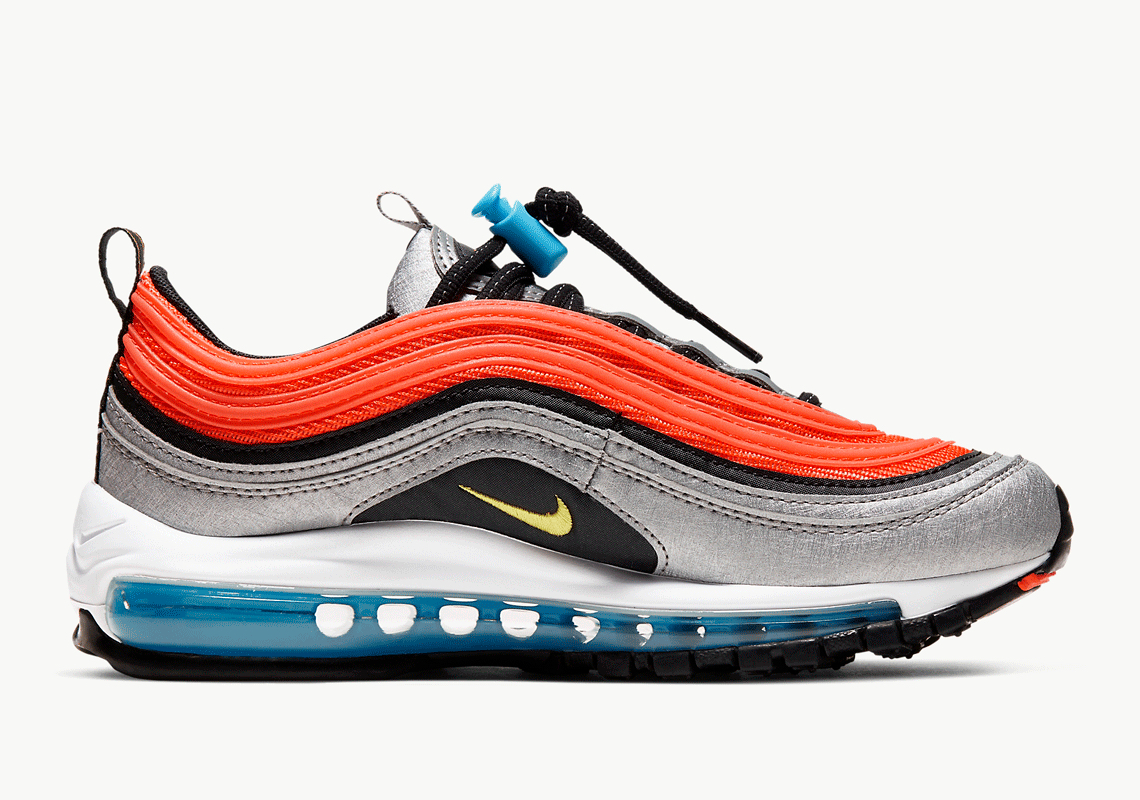 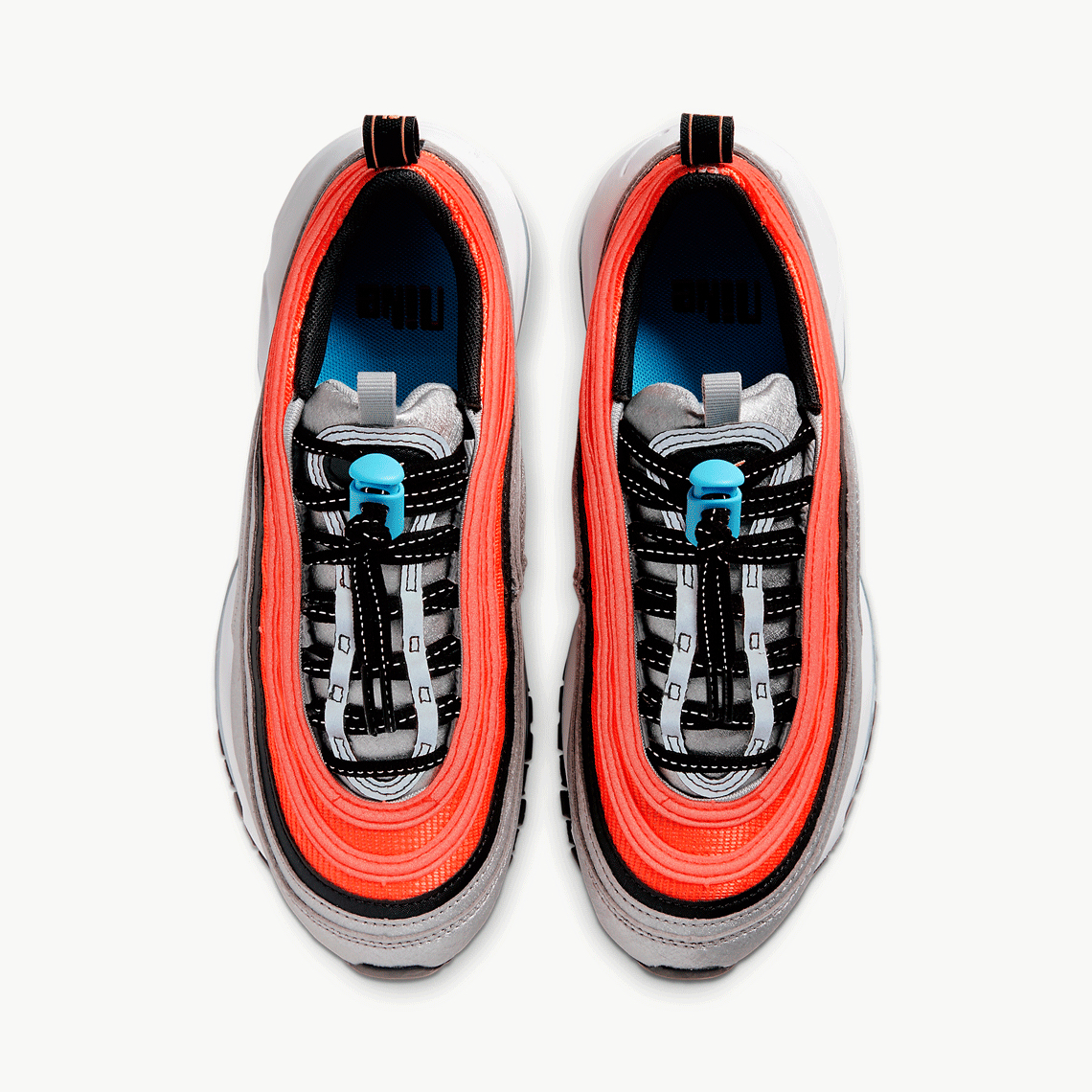 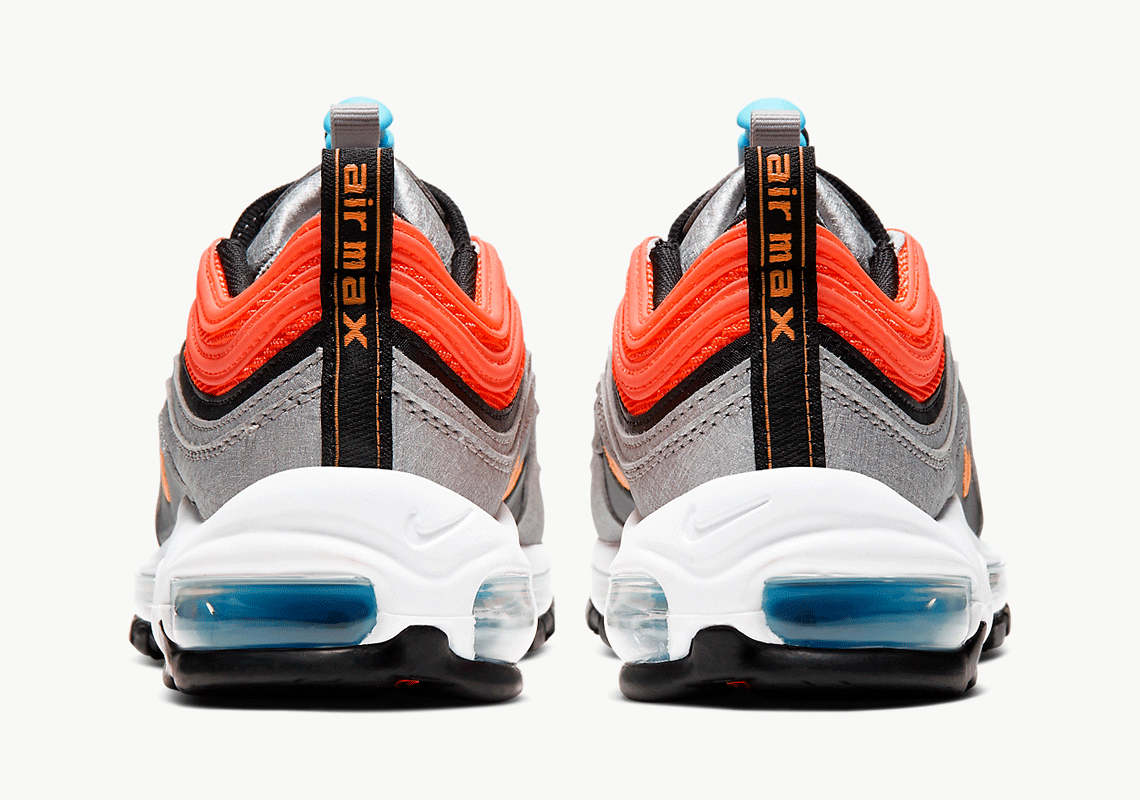 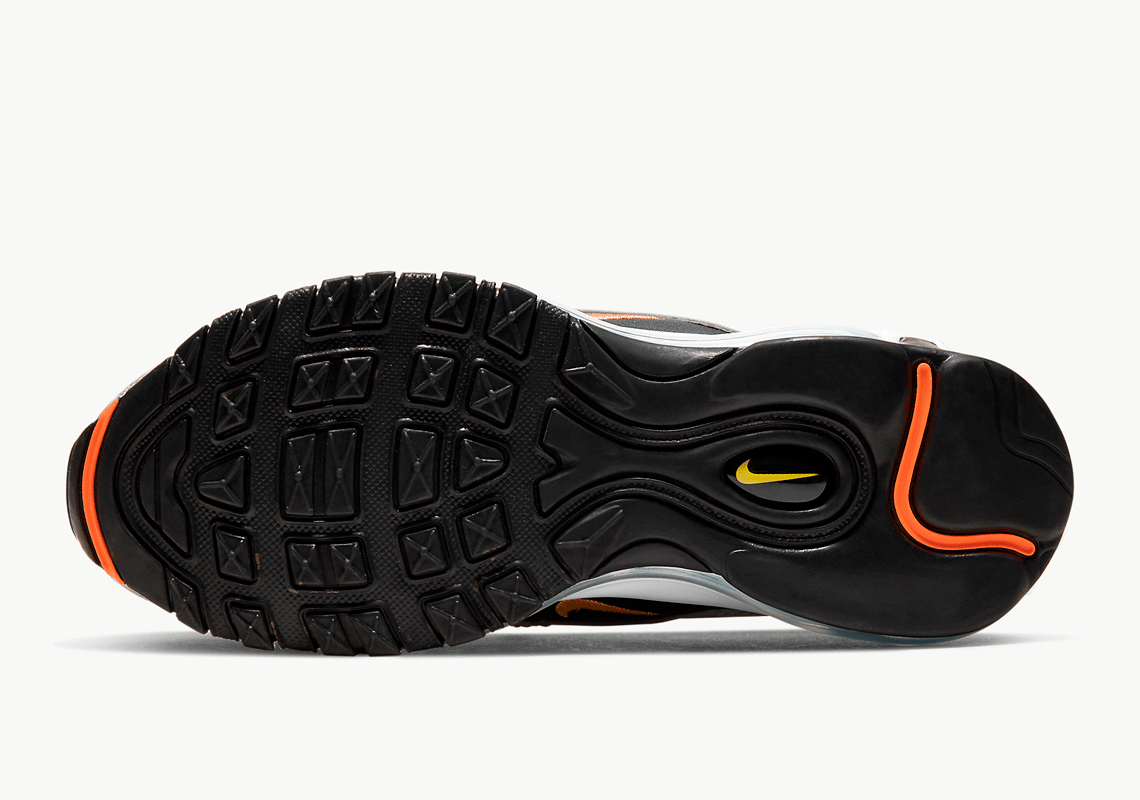