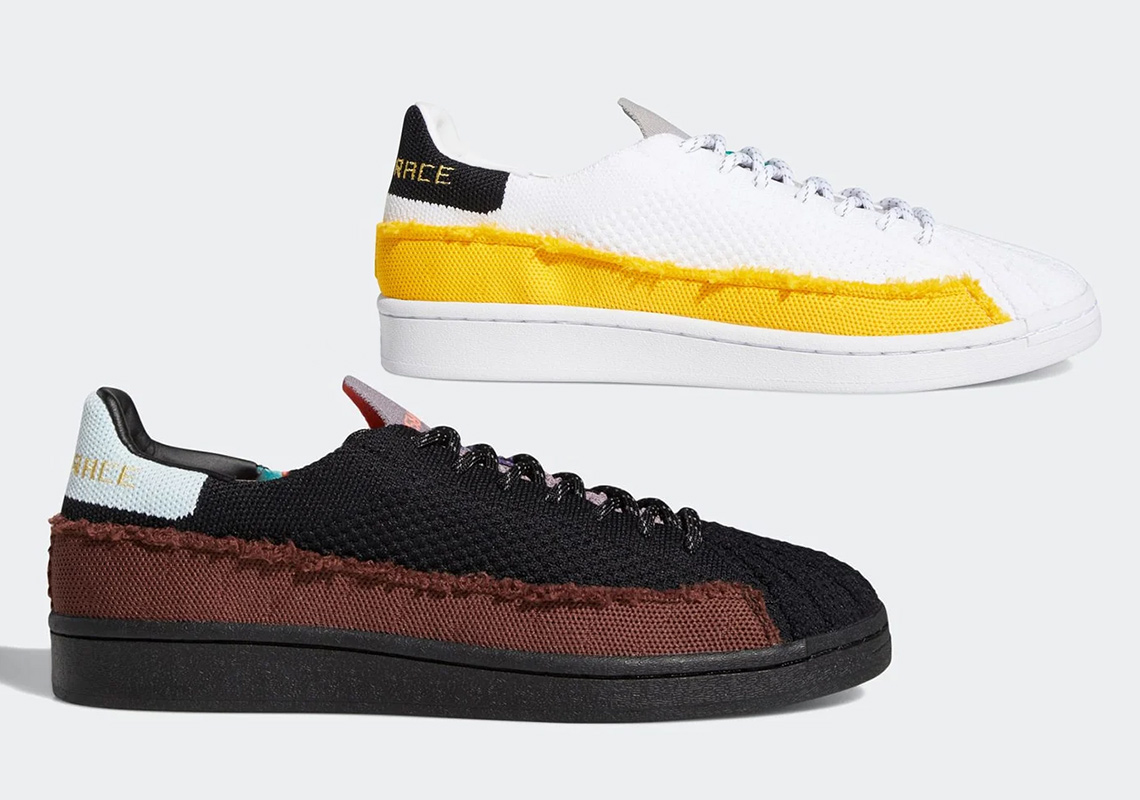 Pharrell‘s part in the adidas Superstar‘s 50th Anniversary has been brewing for quite a decent while, appearing time and time again throughout his public appearances. And while there’s still little in the way of an official release date, we at least have official images to tide us over.

Fitting of the artist’s longstanding relationship with the brand, the collaboration proffers not one but two colorways. The previously revealed white scheme — though not much of a mystery — shines a spotlight on its finer points, including the overall patchwork design, the typical “Human Race” branding, and a full Primeknit construction. Even the shell toe here is composed of its own achromatic weaves, molding in a way that leaves little to the imagination. Yellow, dark blue, and neon green swatches cover the profile in different sizes, matching the formation but not the color of the darker alternate — a pair that instead selects dark brown, purple, blue, and grey for its accenting palette. Elsewhere, dark black threads and matching toolings take the helm while gold logo hits sit at their usual spots.

Grab a detailed look at both options right here, and if you’re looking to grab either, they’re sure to hit adidas.com as well as select retailers within the coming months.

In other news, a Yeezy Boost 380 Calcite Glow was revealed. 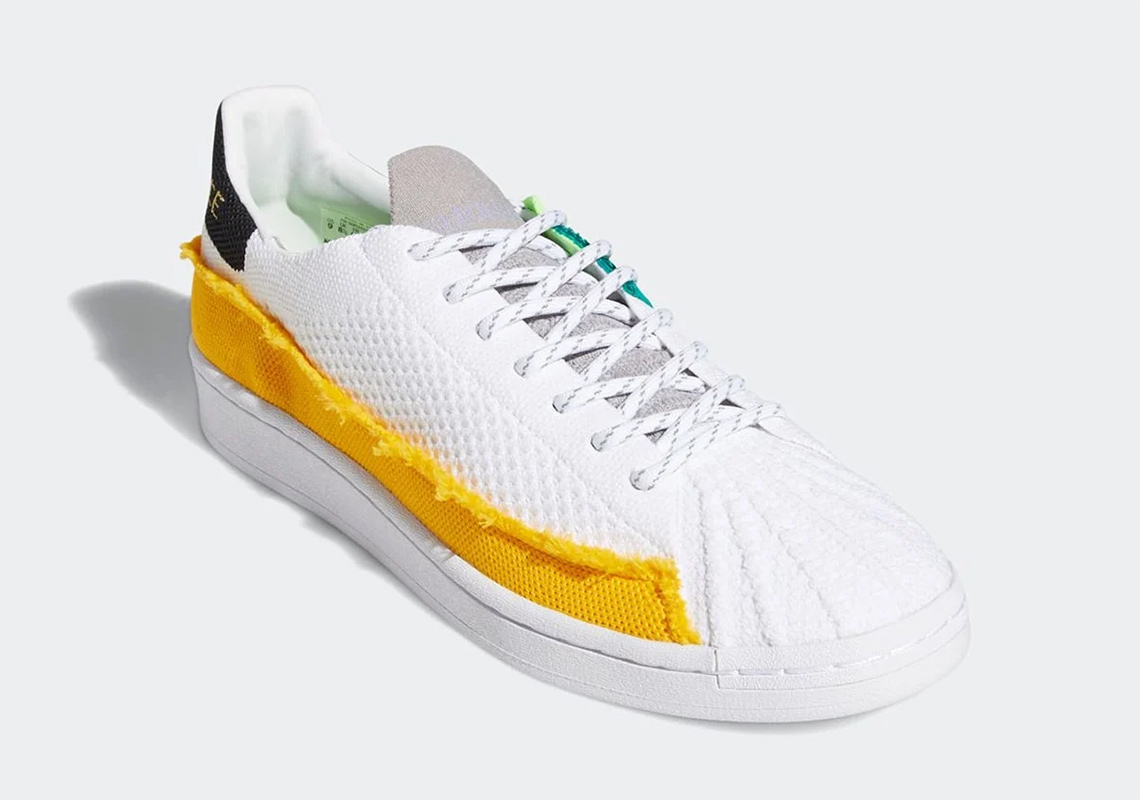 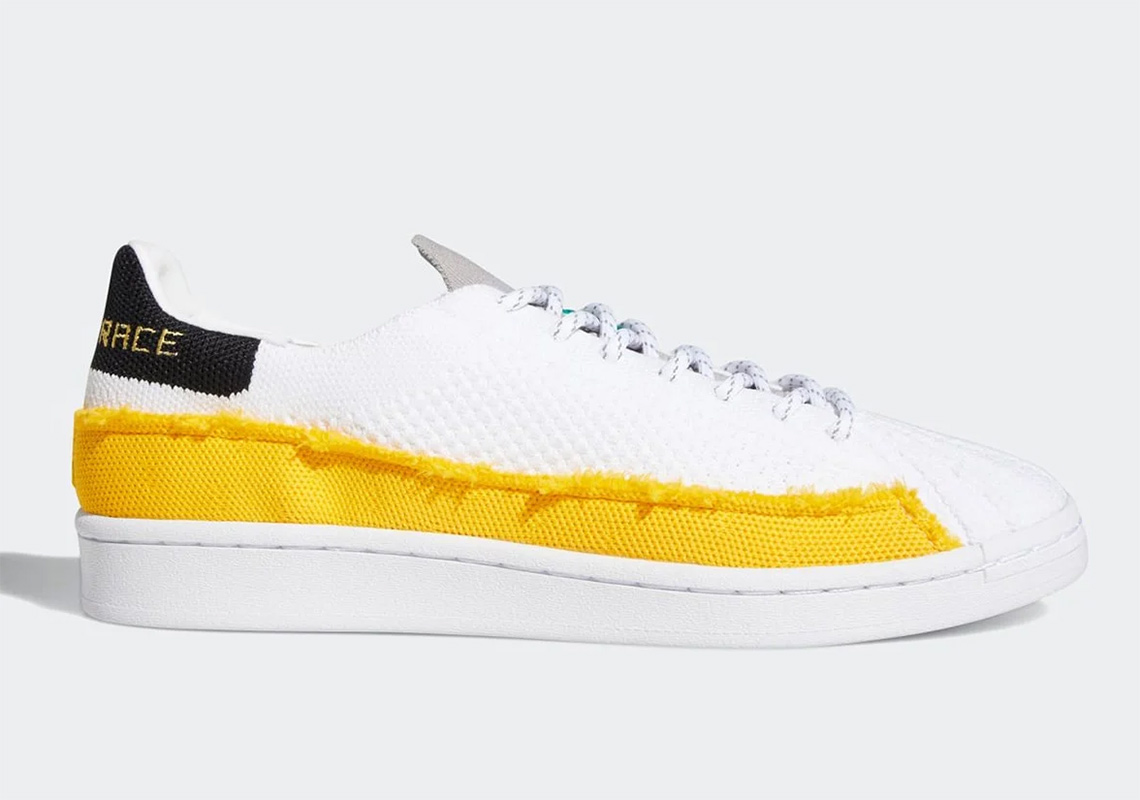 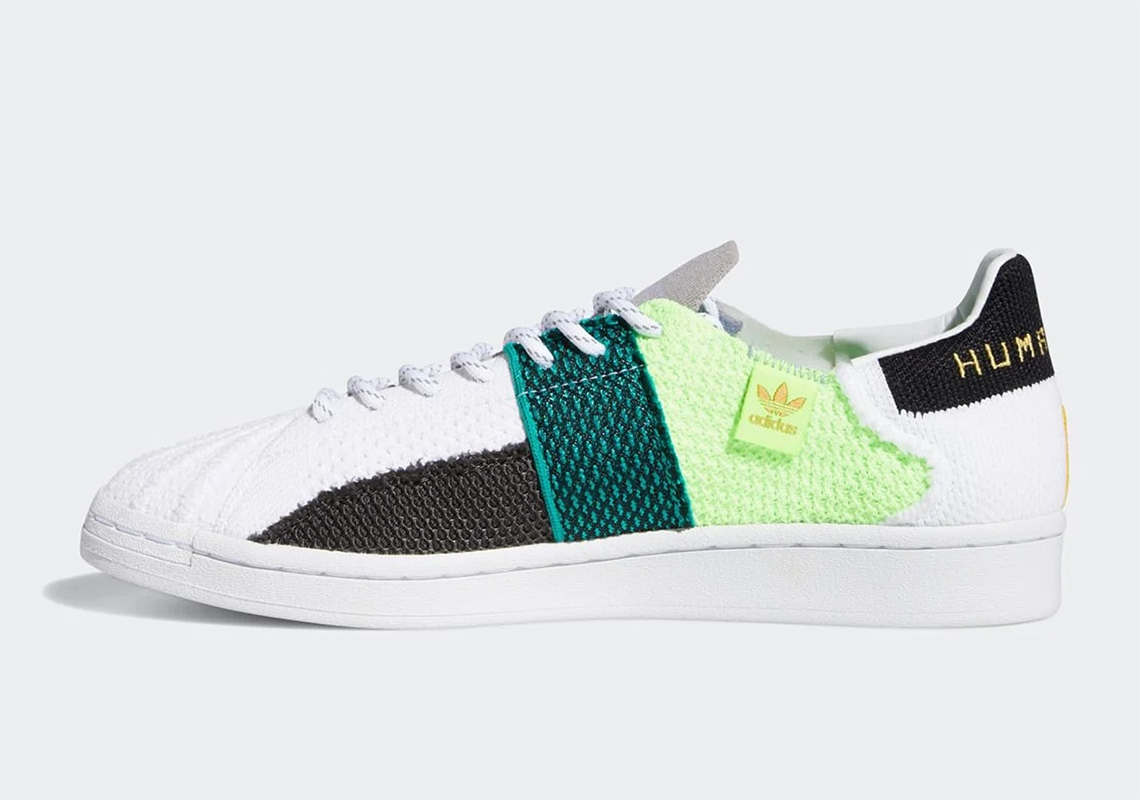 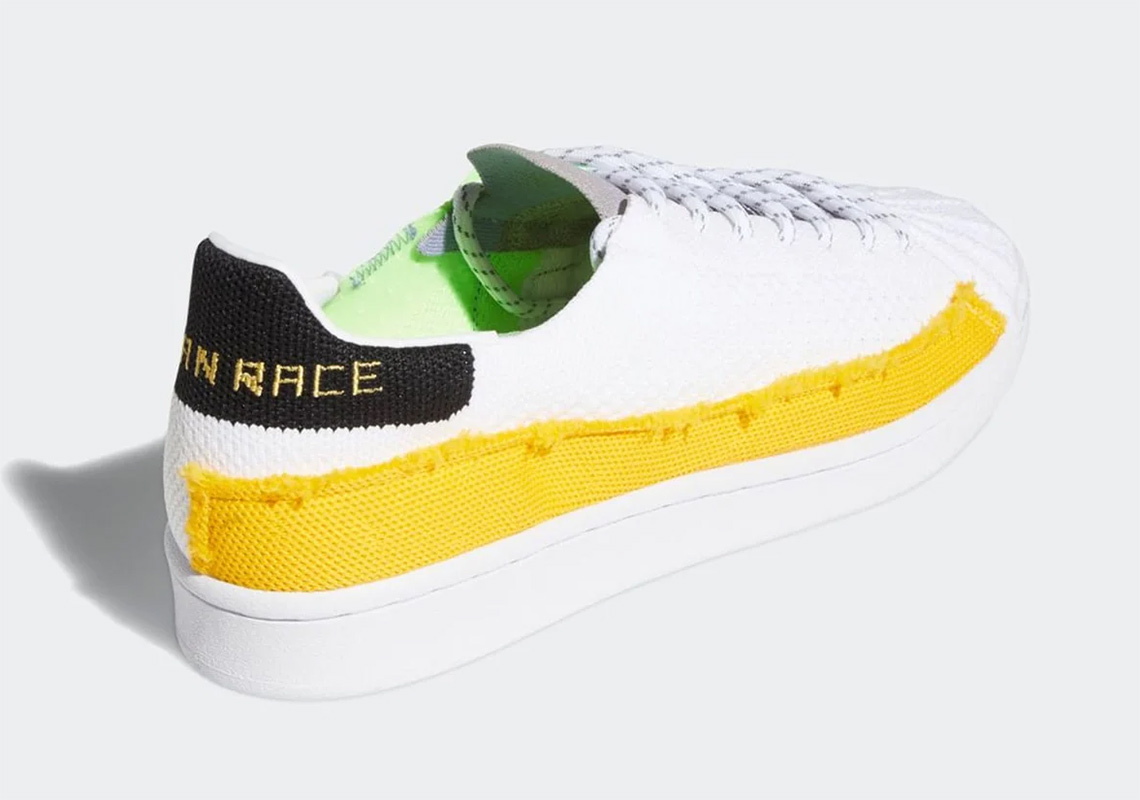 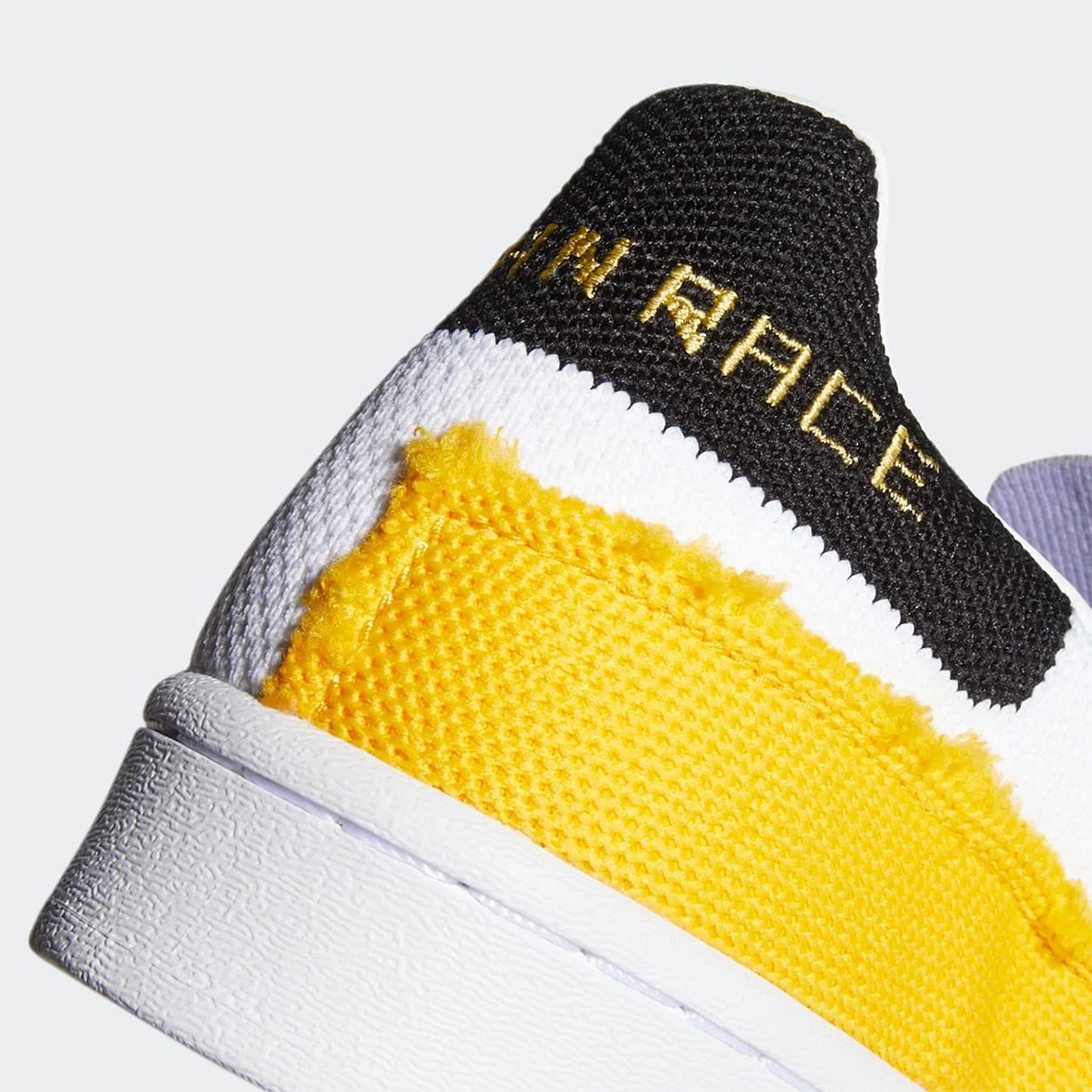 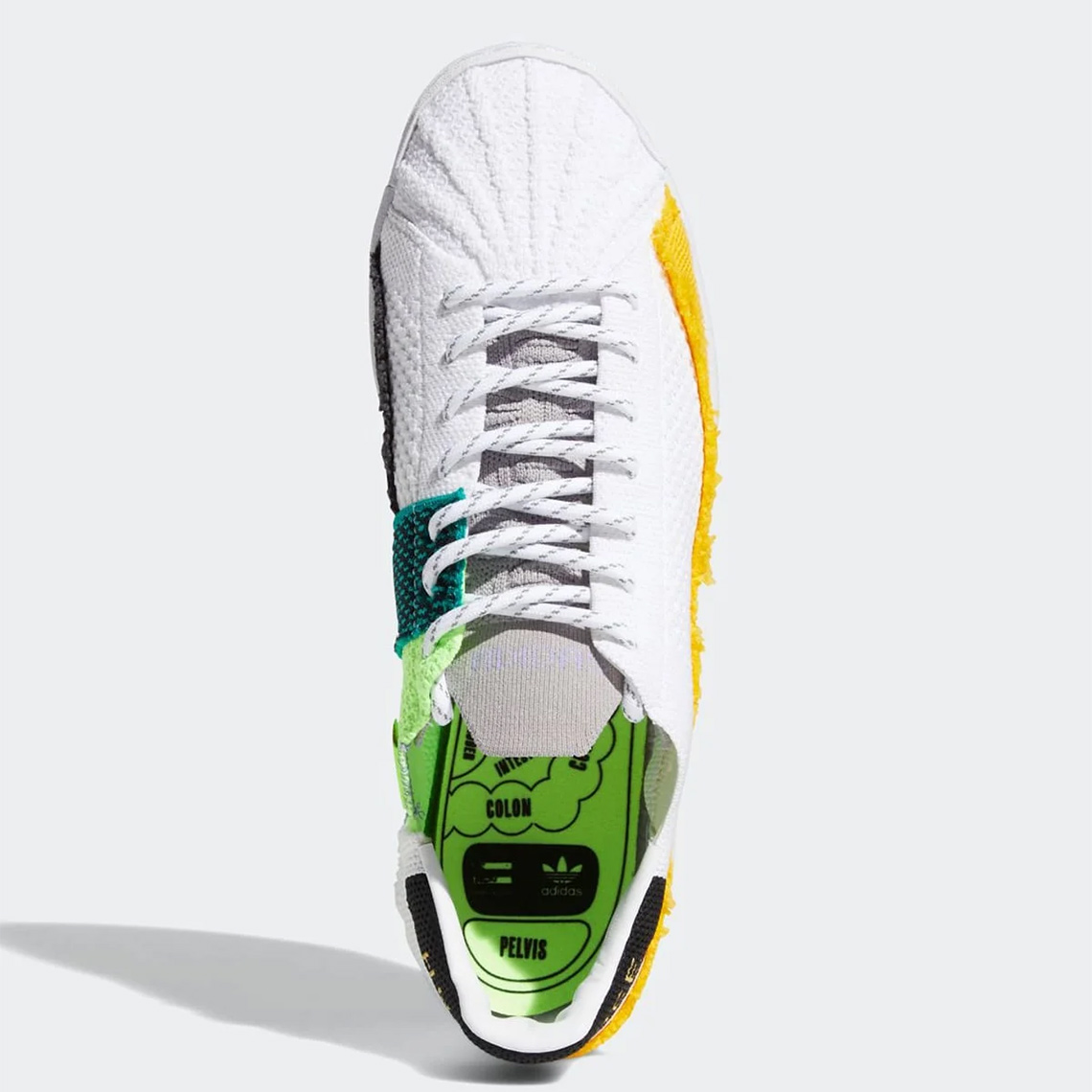 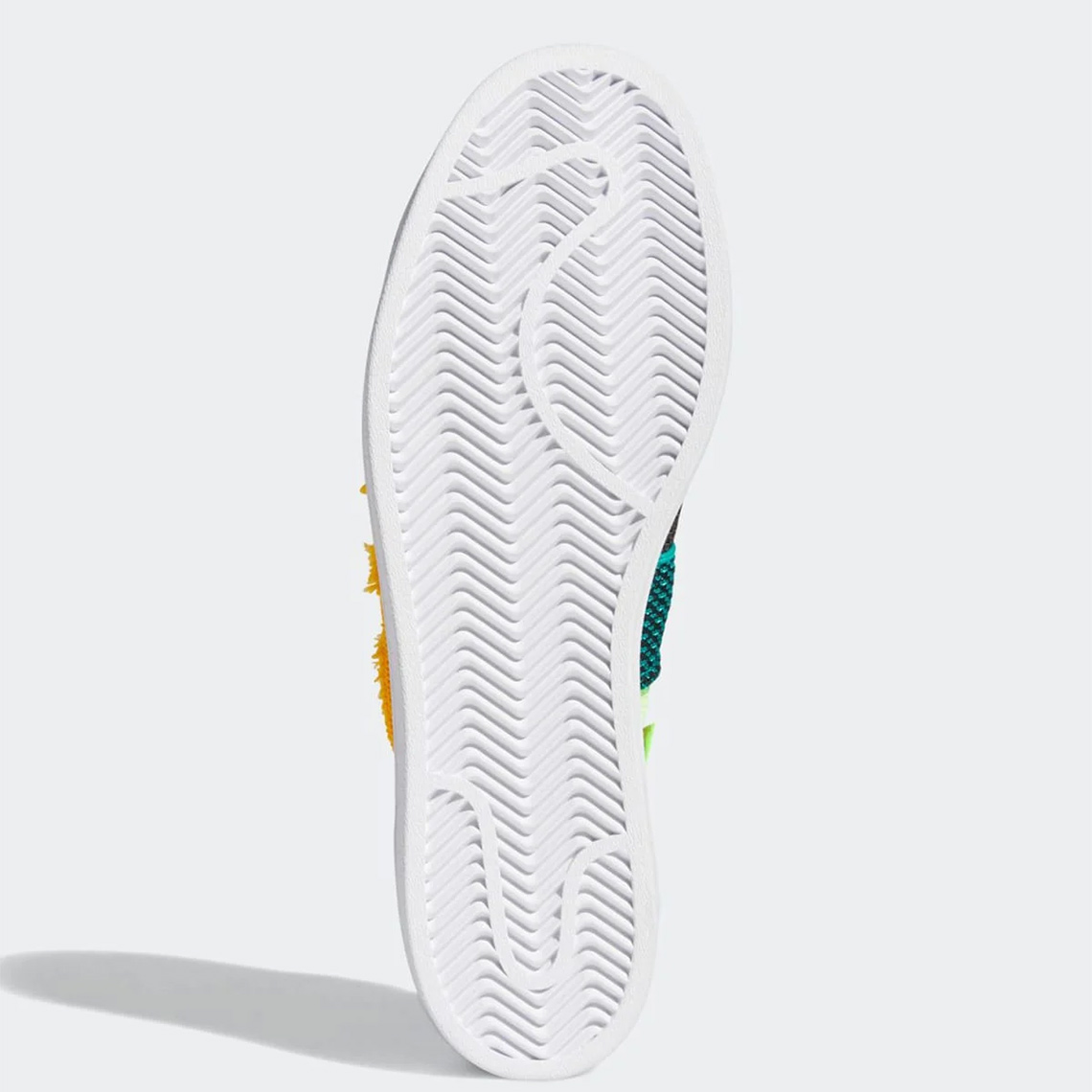 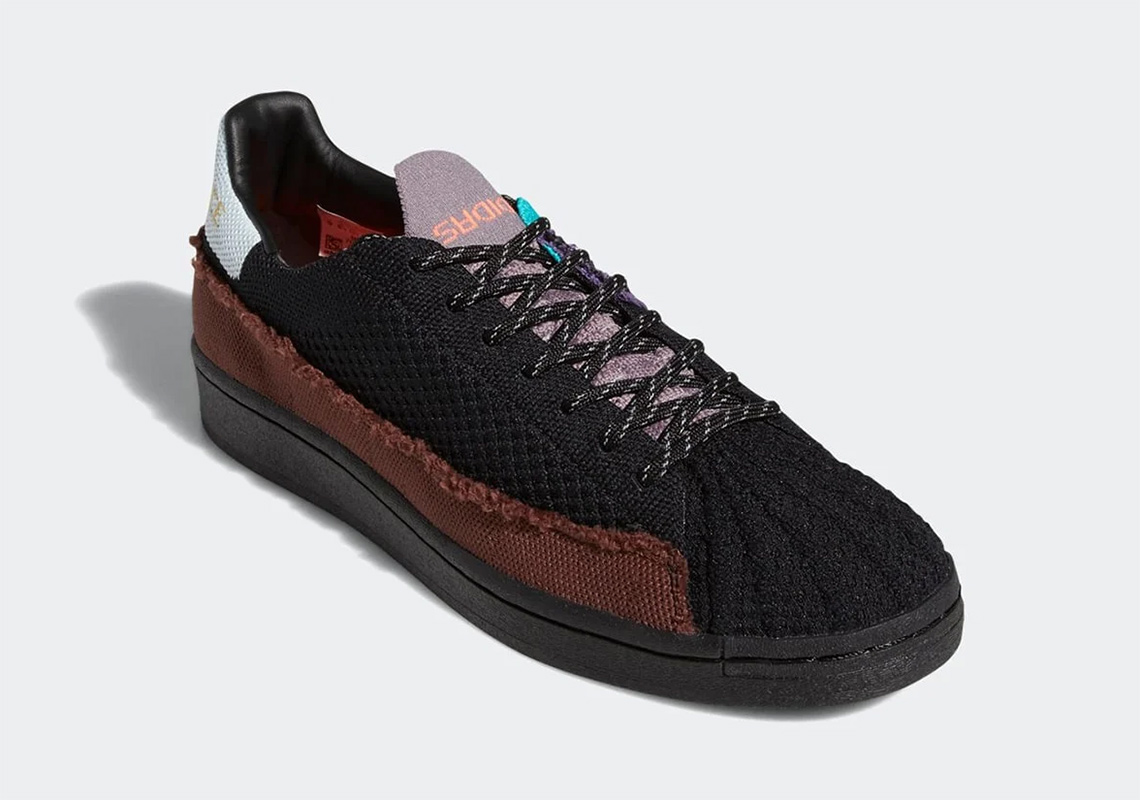 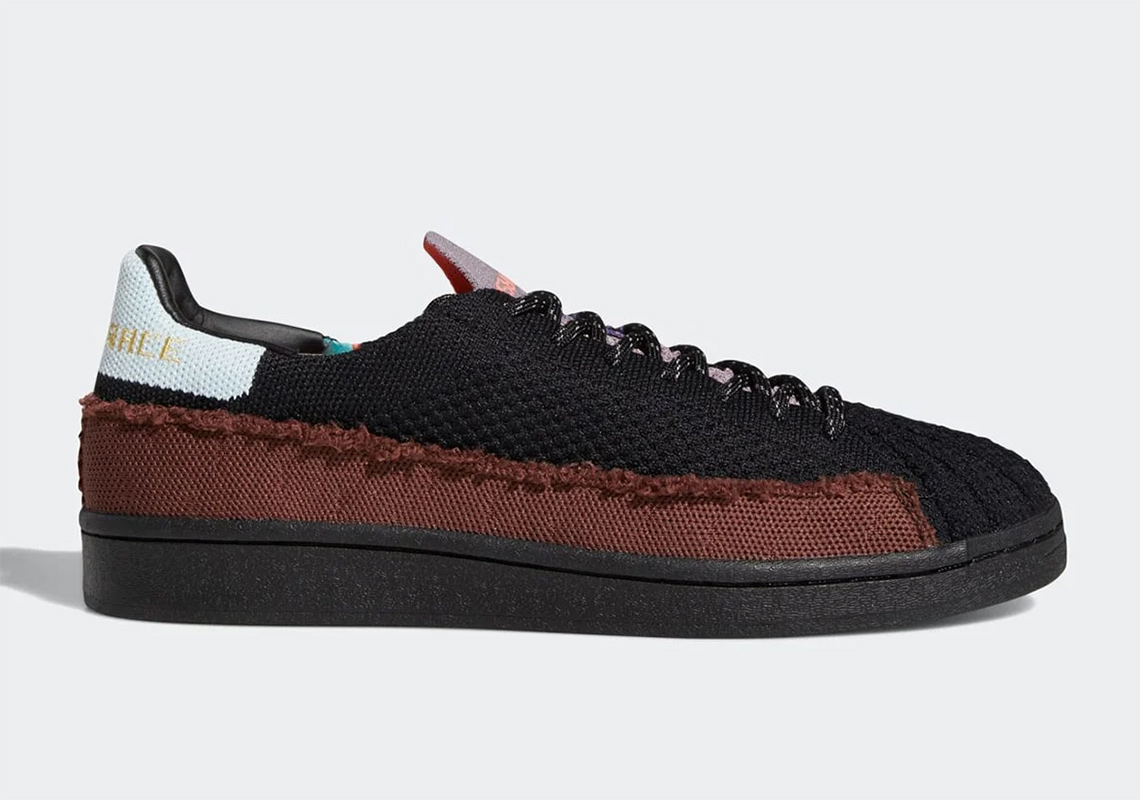 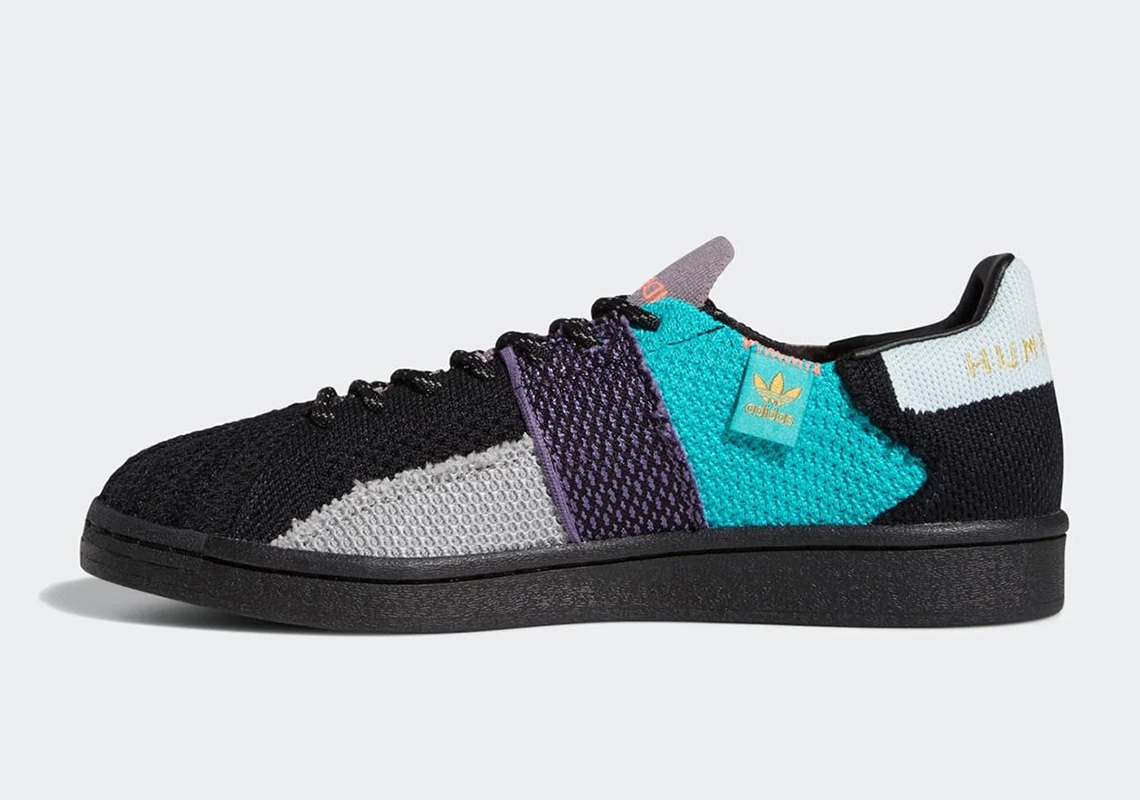 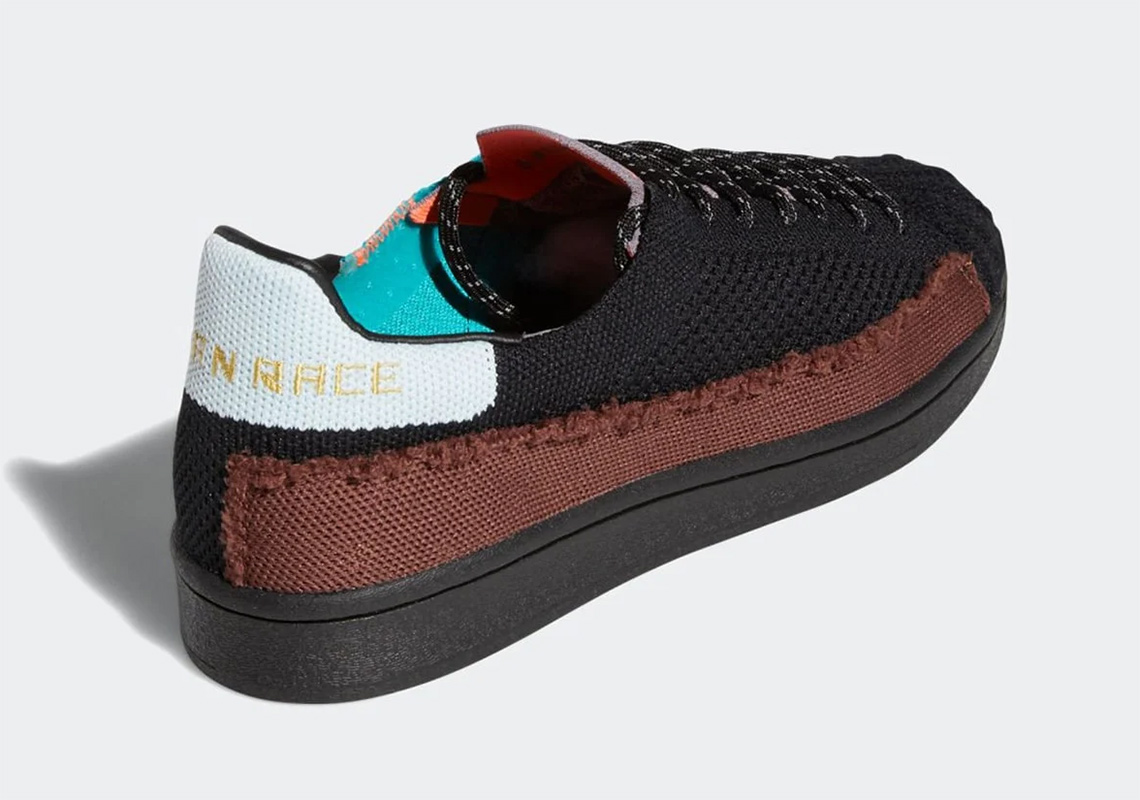 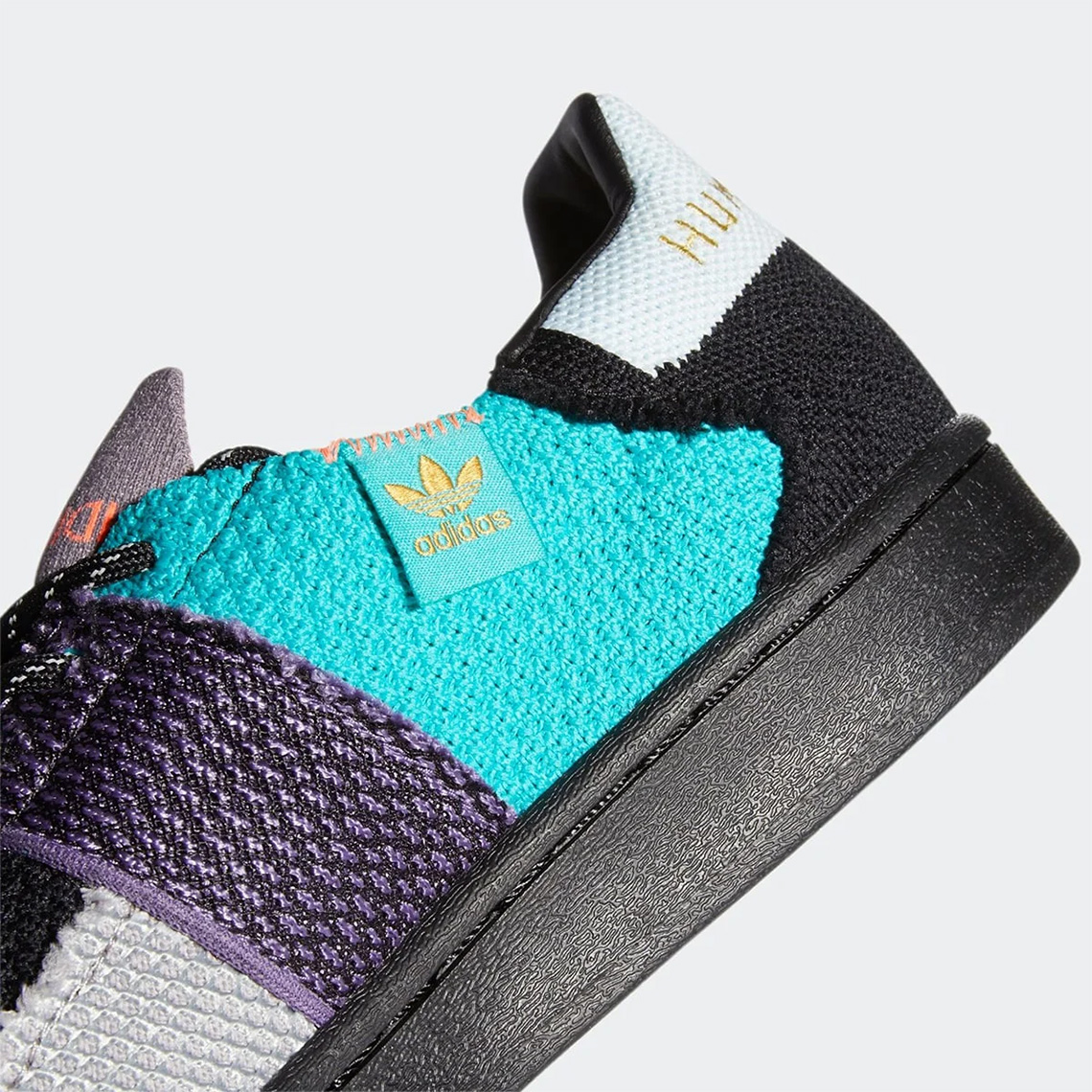 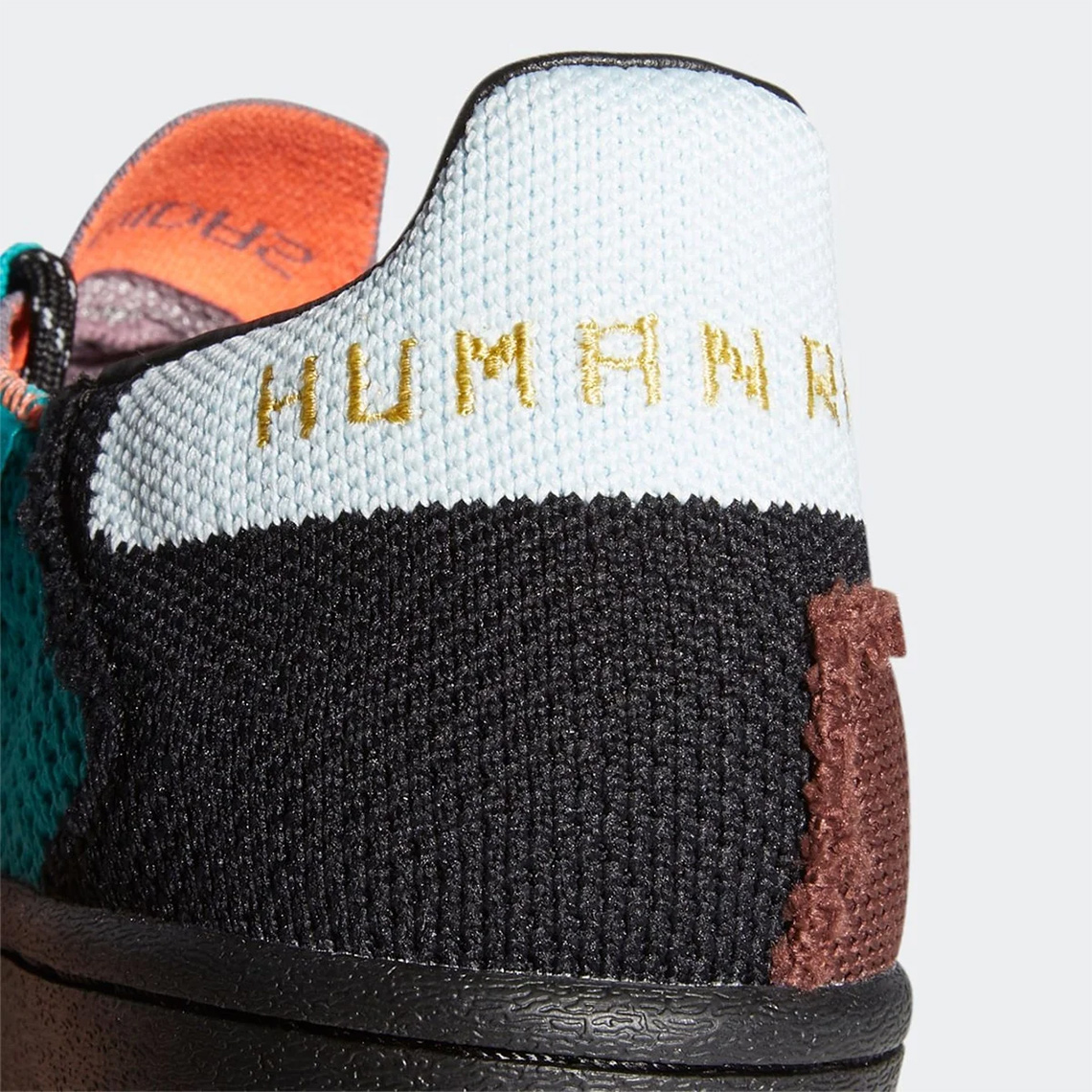 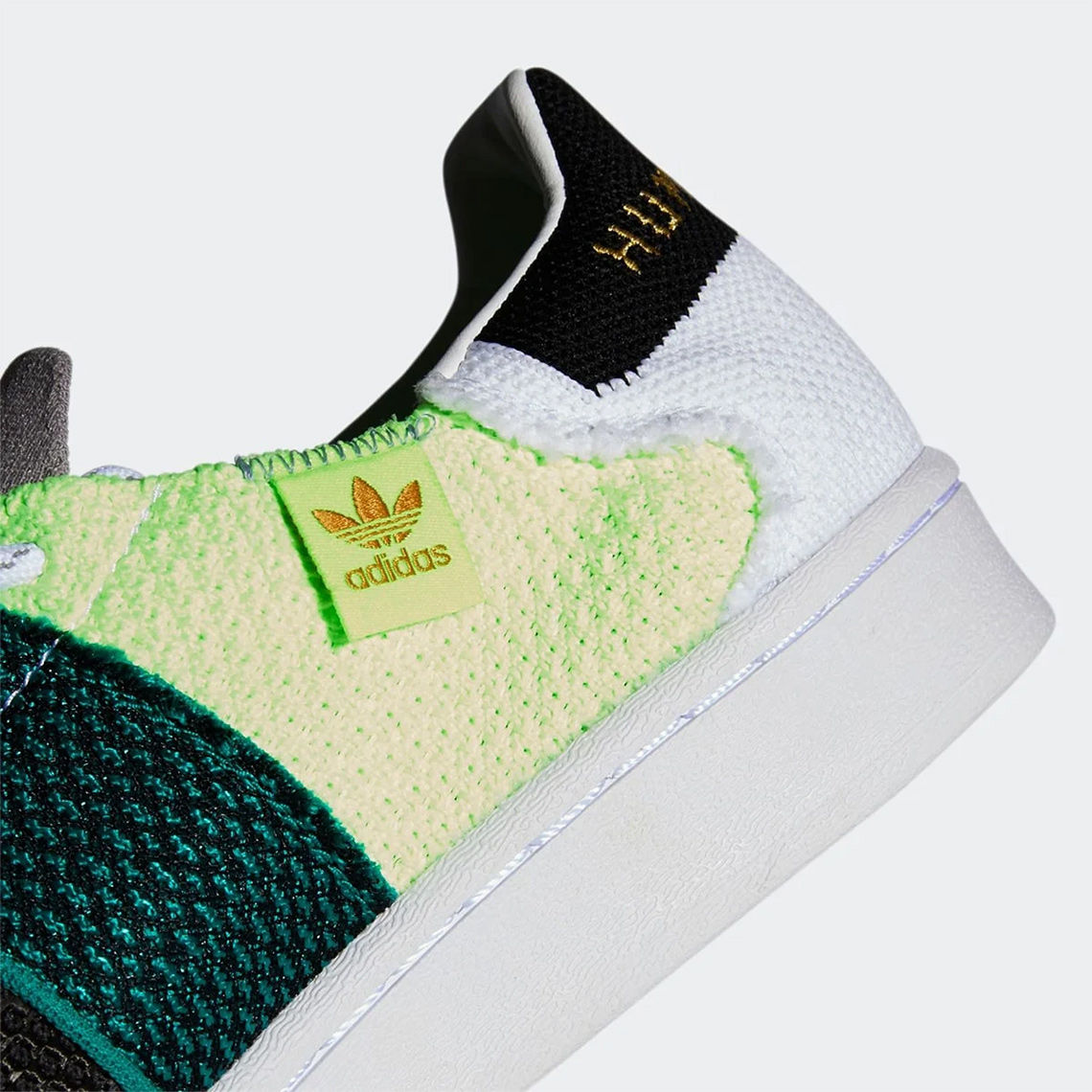 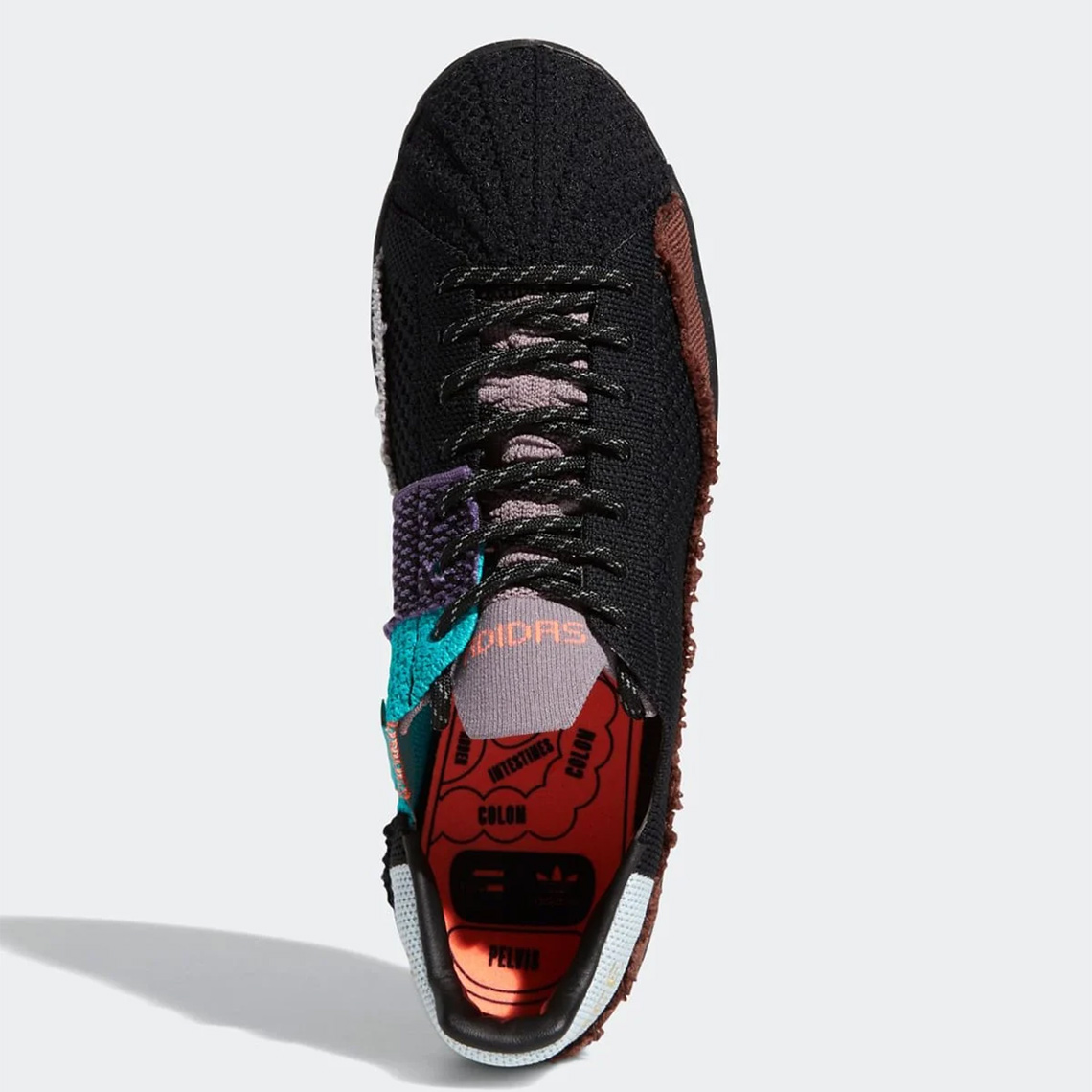 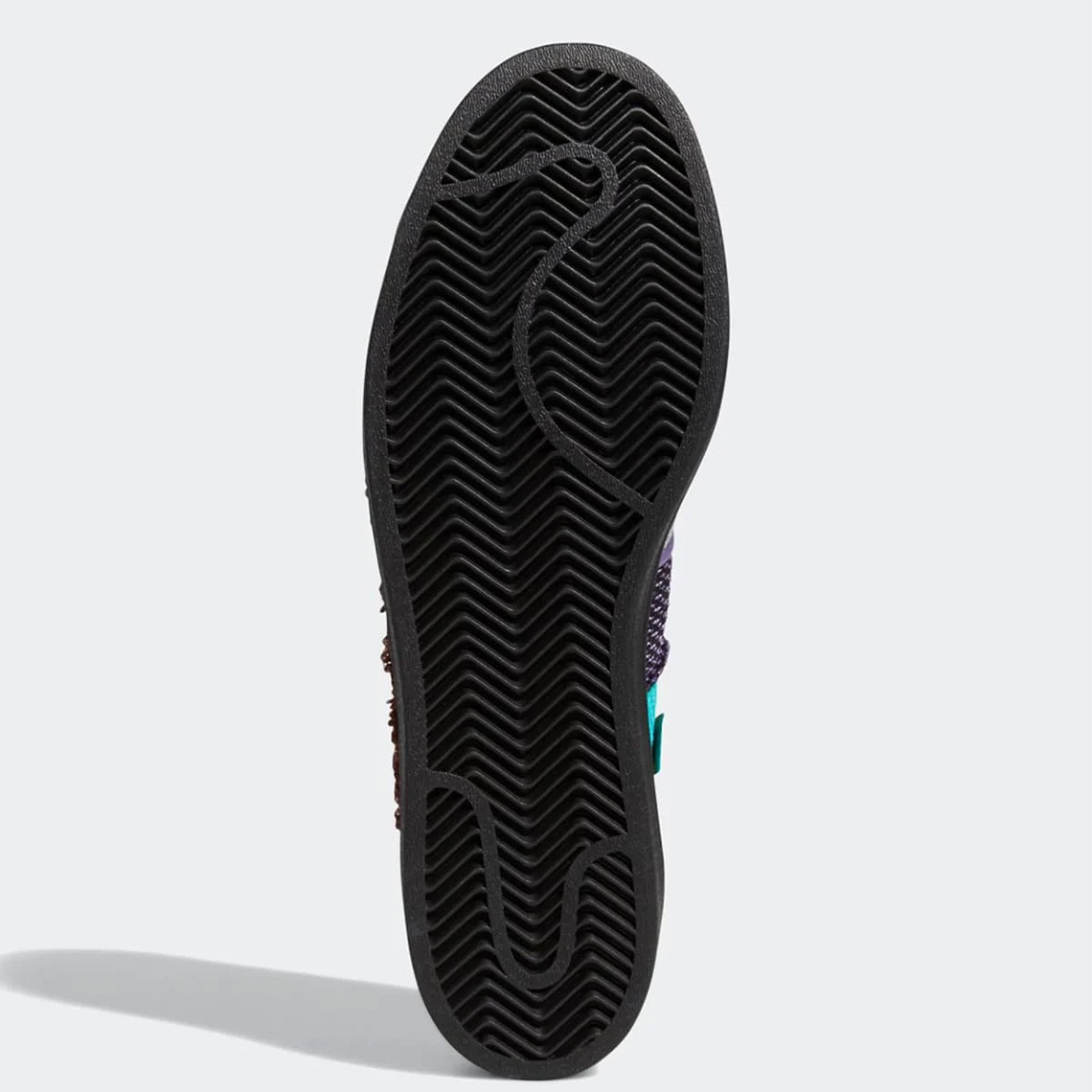