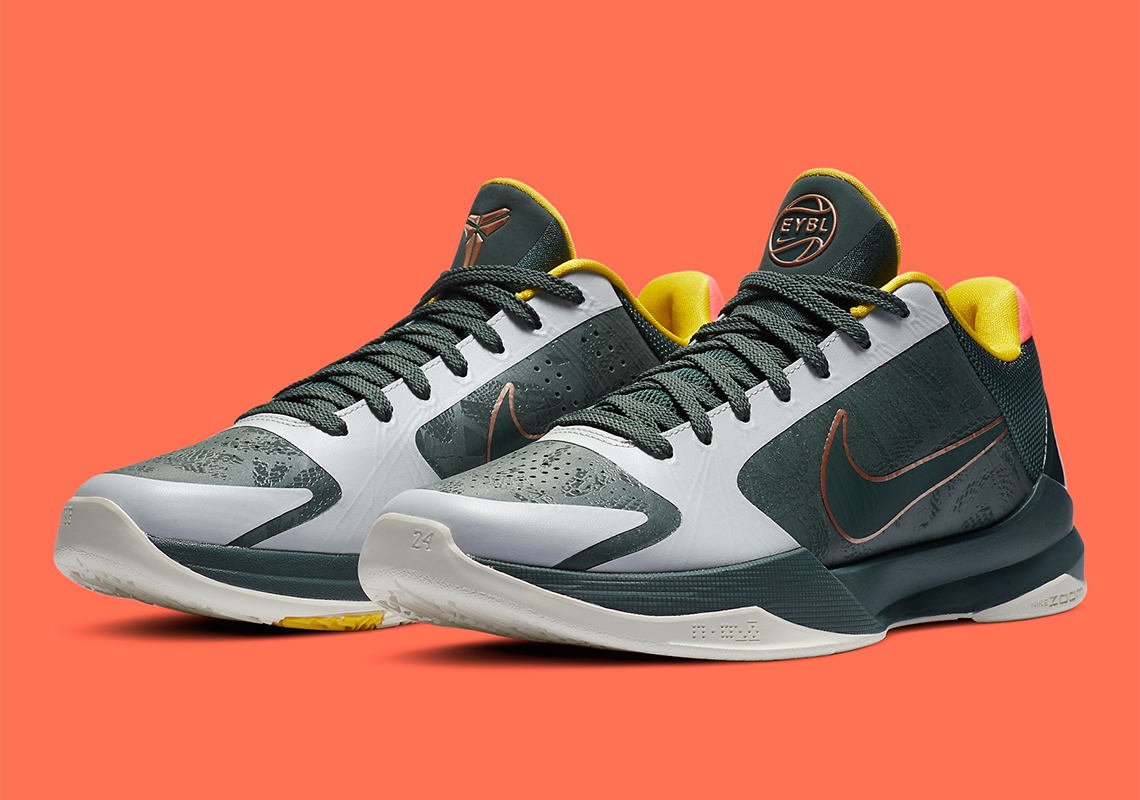 Earlier this month, Nike EYBL revealed Kobe 5 EYBL PEs that would be issued to the participants of this year’s would-be event. That brightly-colored psychedelic tie-dye pattern was seen across the full system of dress, adoring hoodies, tees, shorts, and other accessories to unify the entire EYB aesthetic for the year. As it turns out, there’s a second alternate colorway of the Nike Kobe 5 Protro EYBL, and there’s a chance it could see a release once Nike Basketball makes the tough decision of resuming the sales of the late Kobe Bryant’s footwear.

This second EYBL PE makes use of a Forest Green base with a snake-skin pattern with a light grey overlay, while hits of yellow and salmon orange add a sudden contrast of pop on the interior lining and the heel. Furthermore, bronze finishes on the Swoosh border and the emblems on the tongue remind us of the hardware to be collected after long bouts of competition.

Five months after the tragic death of Kobe Bryant, Nike has yet to announce any plans to release Kobe 5 Protro footwear. However, several colorways have surfaced via official images, such as the Kobe 5 Bruce Lee, the alternate Bruce Lee Kobes, the Kobe 5 “Lakers”, and more. For now, stay tuned for updates and enjoy a look at official images ahead.

UPDATE (08/13/2020):
Nike has officially unveiled the Kobe 5 Protro “EYBL”. This colorway is inspired by the mythical Medusa, the femme fatale known for stunning her opponents. 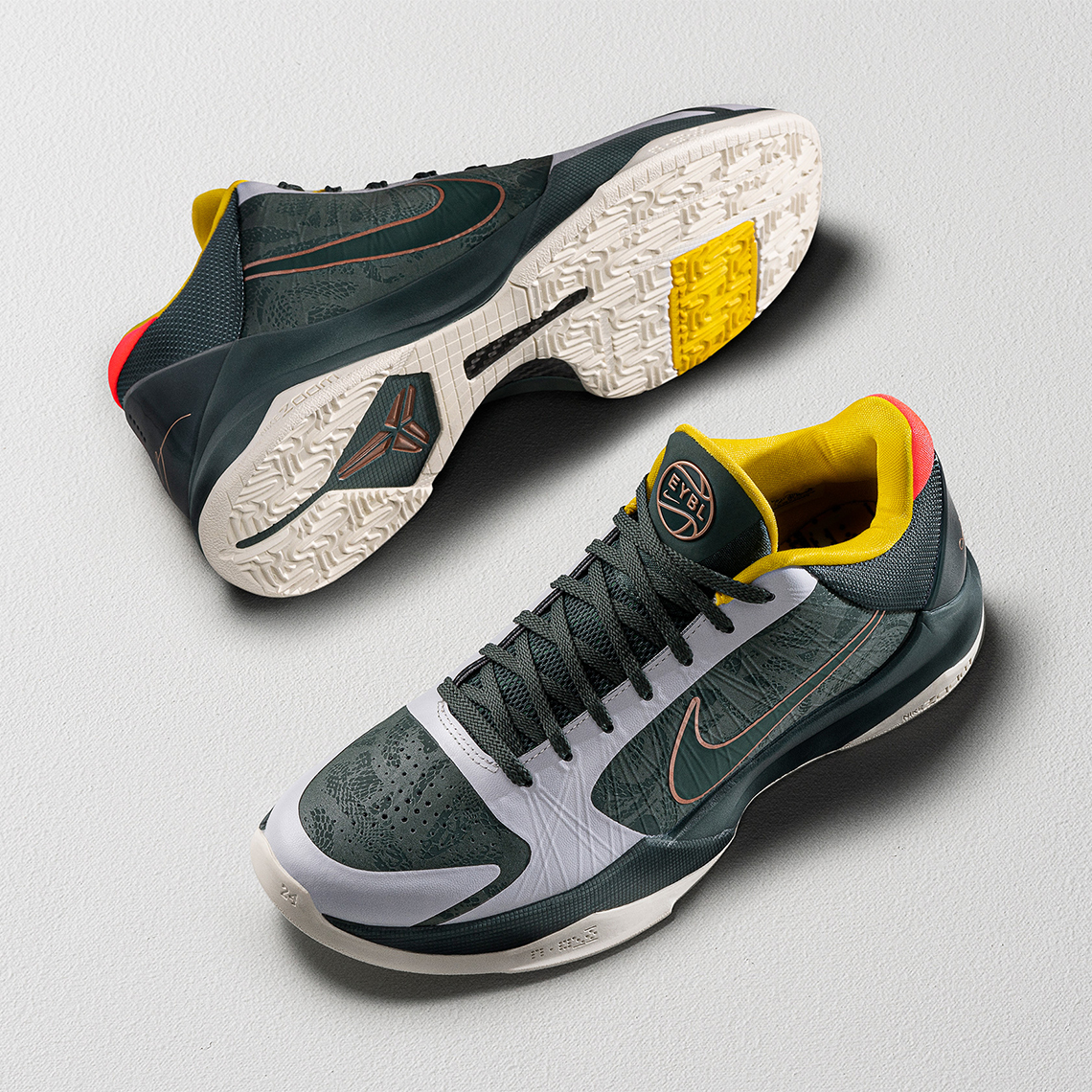 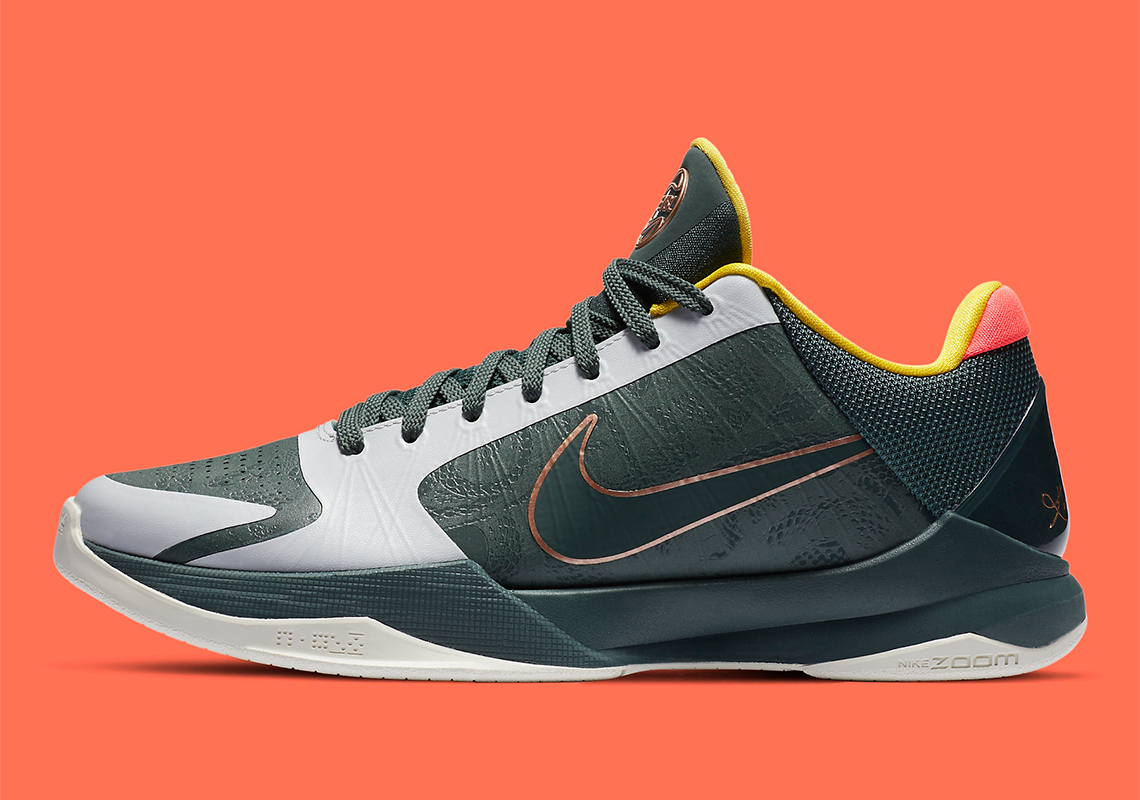 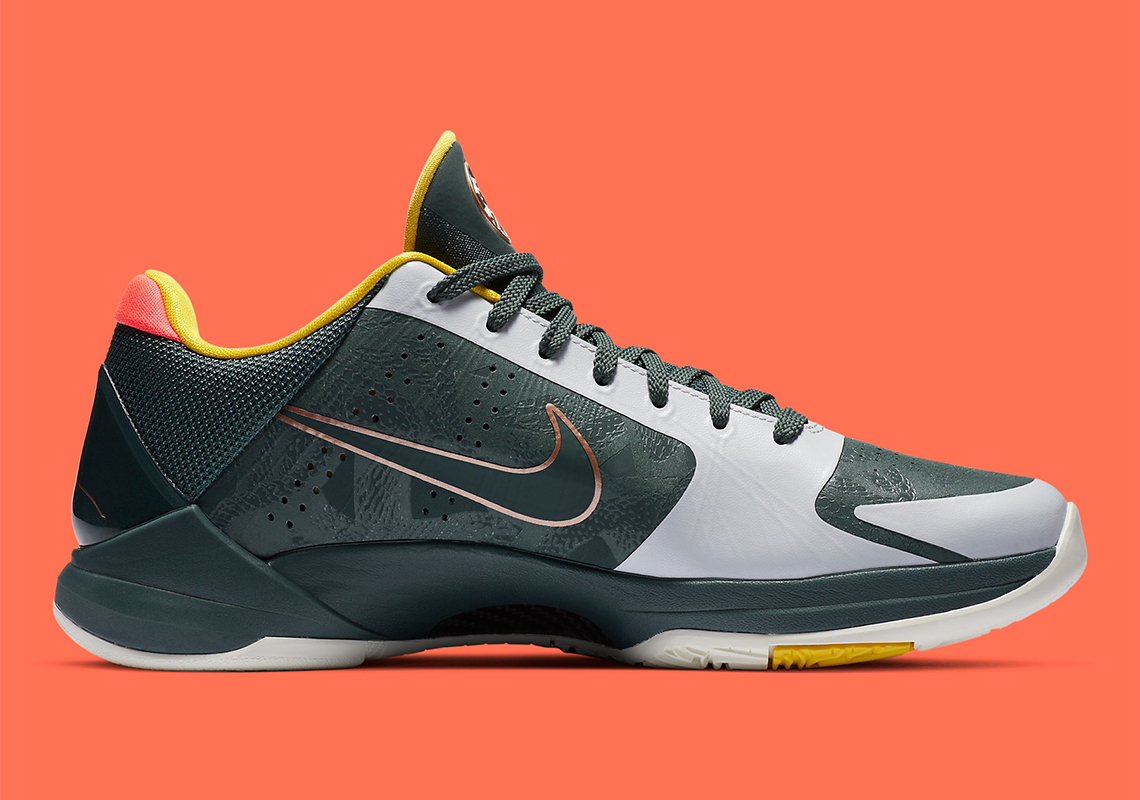 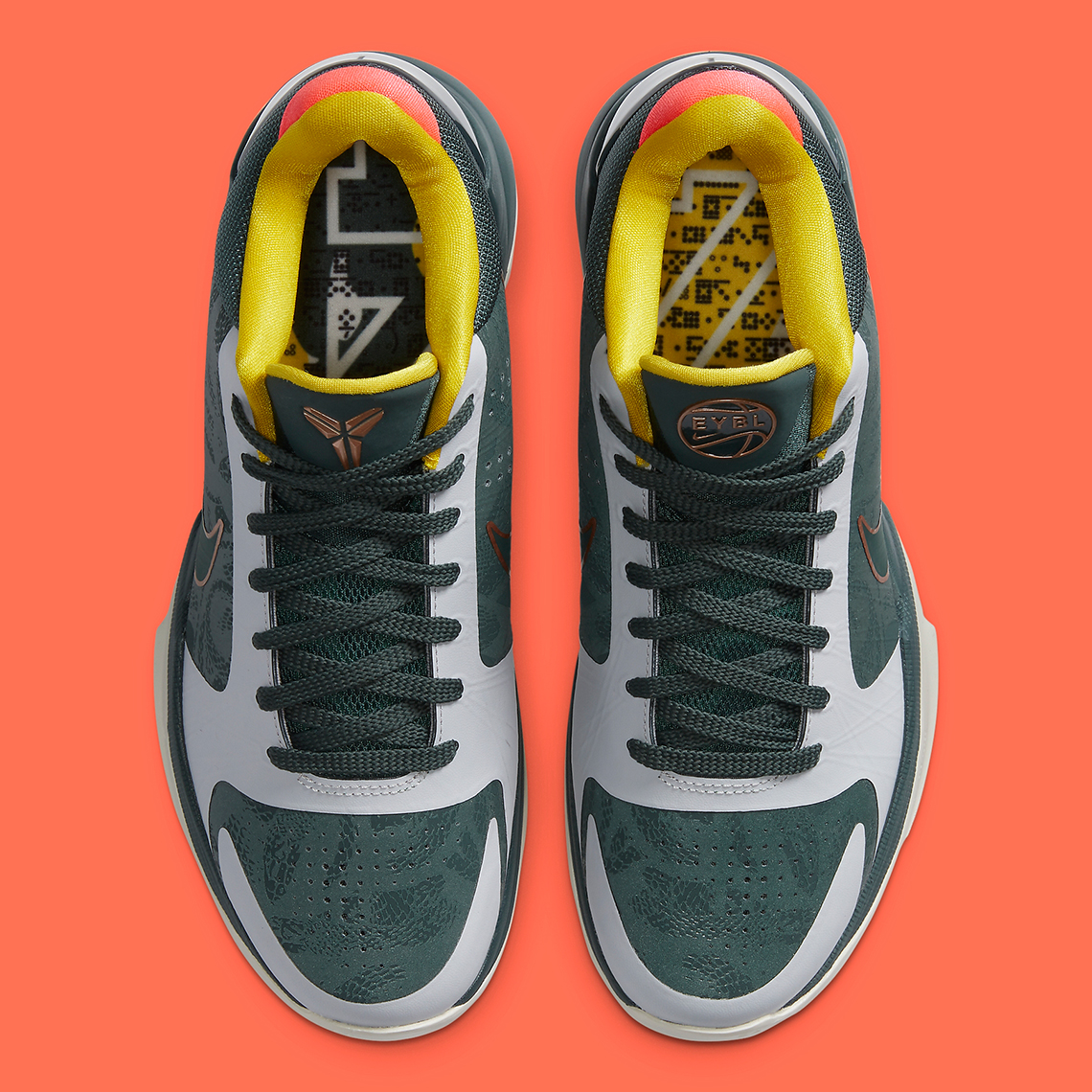 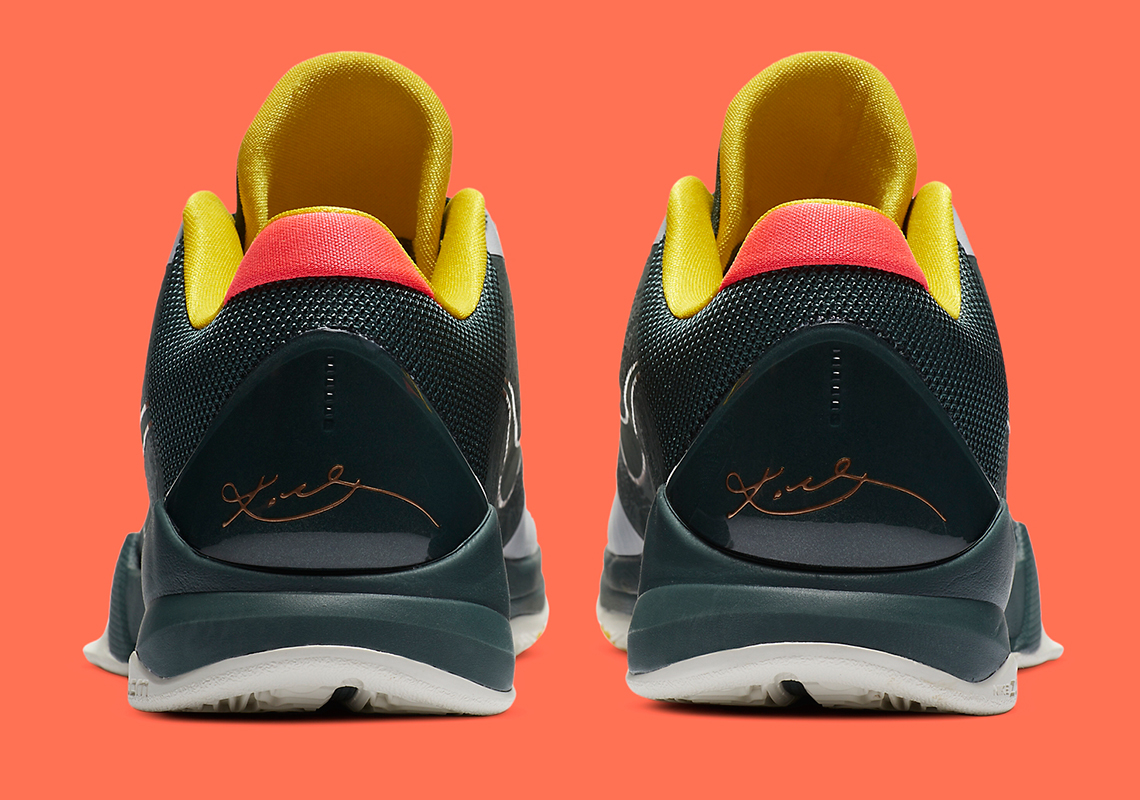 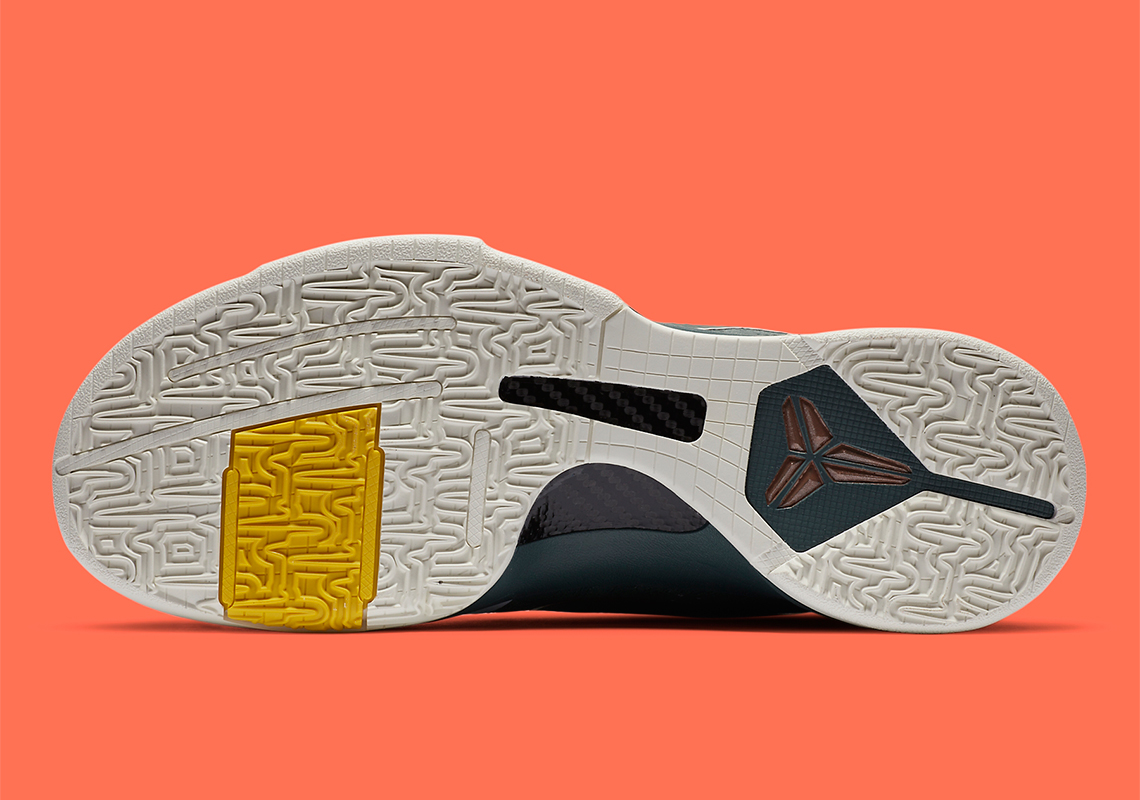 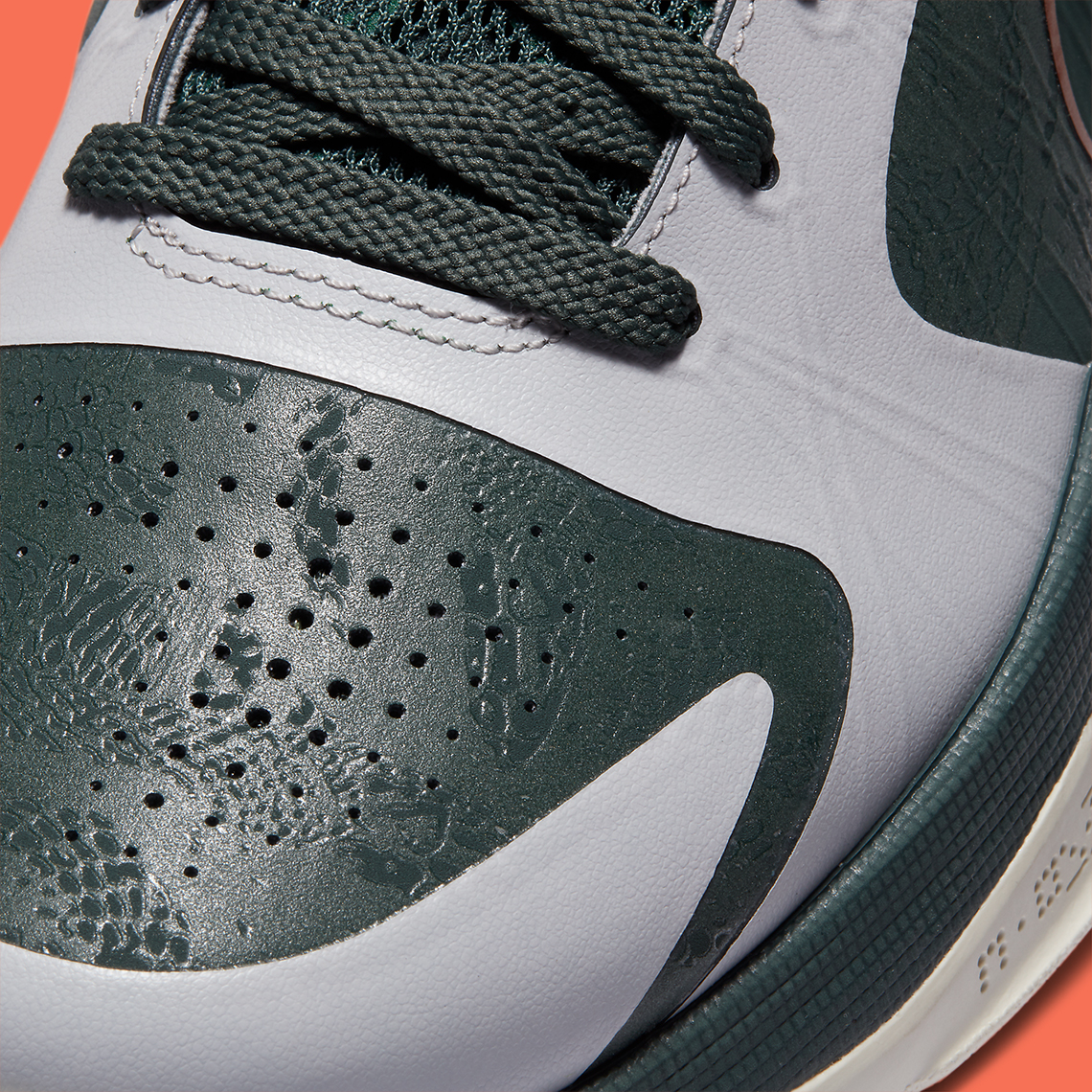 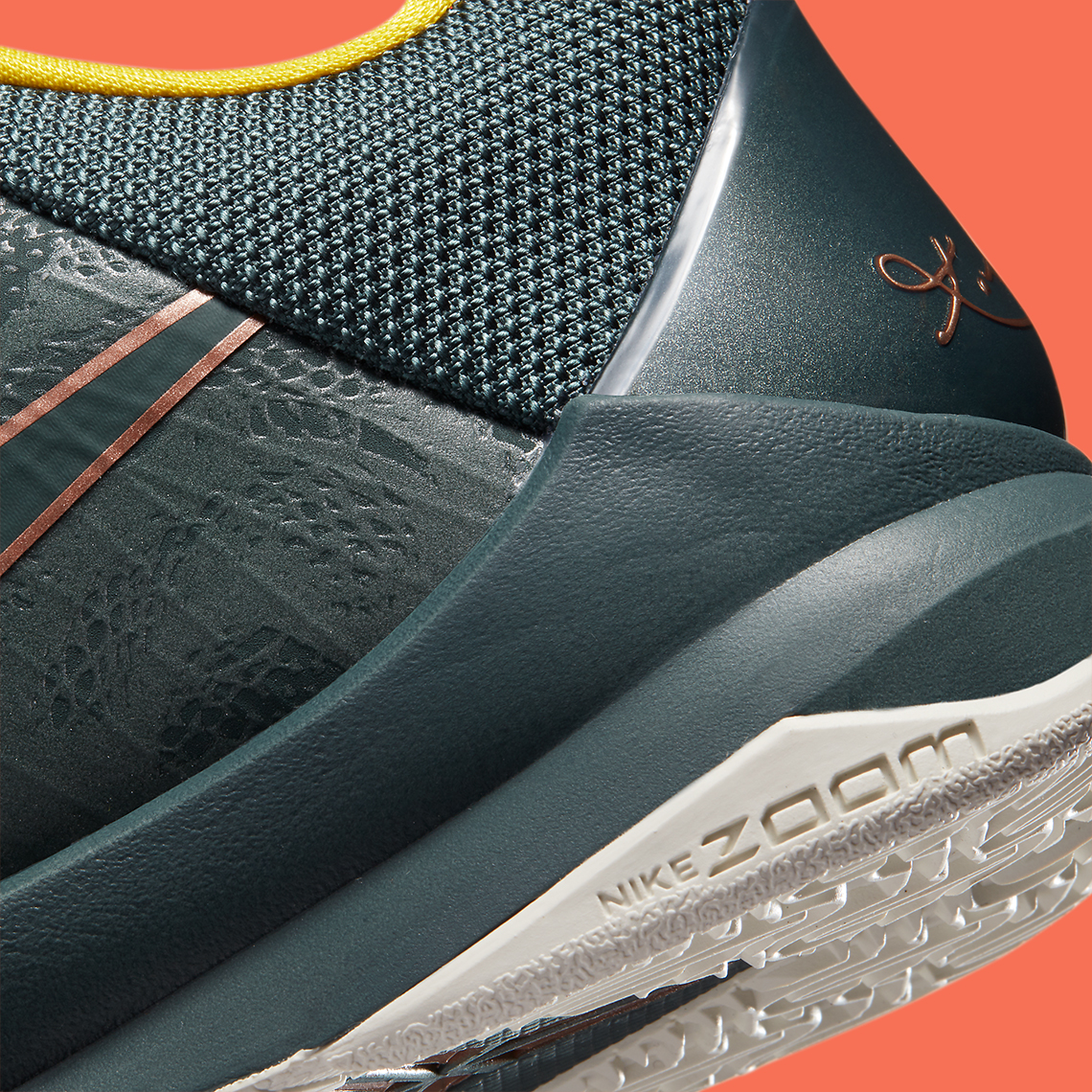