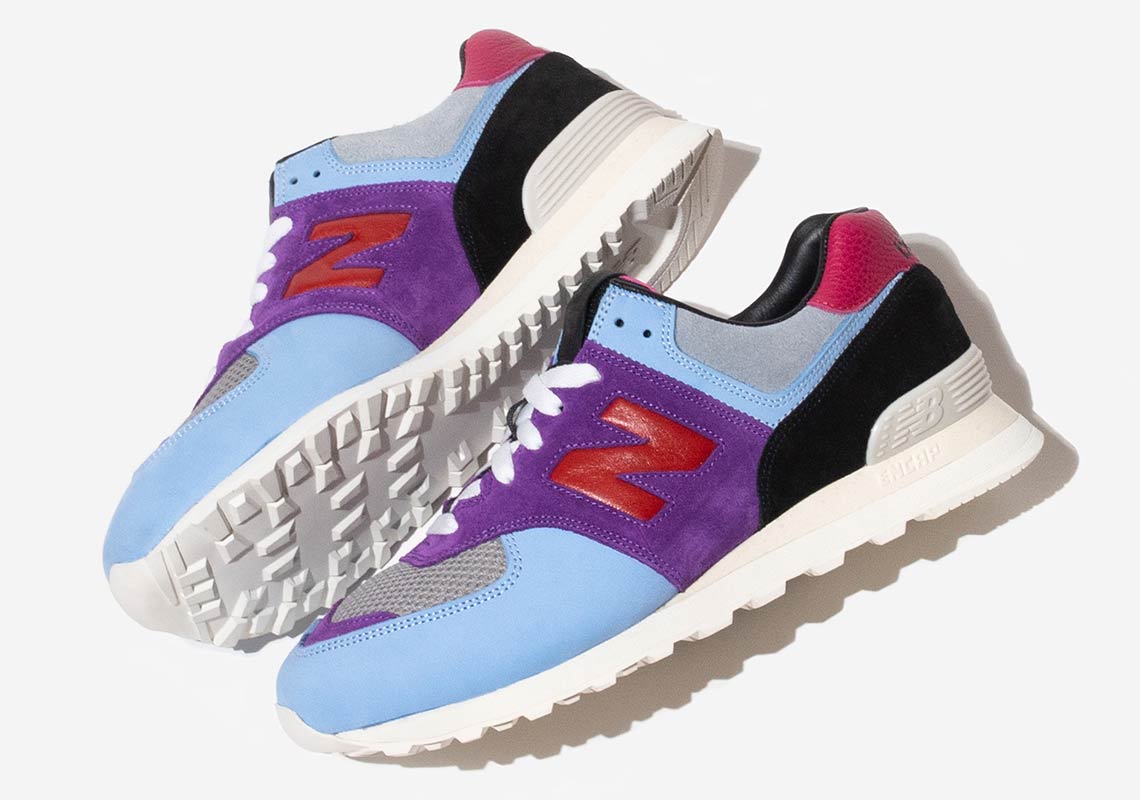 First introduced with Anderson Bluu’s Chuck Taylor, Footlocker’s COLLABORAID initiative seamlessly intertwines creatives in need with opportunity, allowing said talents to use their expertise atop collaborative projects larger than they’d expect in this current climate. And now with New Balance on board, the team have enlisted the style of Chicago-based visual artist Louis De Guzman for a 574 silhouette lensed through his signature palette.

Honored to take part, Guzman explains the offering’s connection to his own body of work, specifically his piece entitled “In Between The Lines.” While at its most straightforward a reflection of his beloved color stories, the pair also acts as a “representation of raising self awareness and confidence in oneself.” A mosaic of materials fitting of his own mixed media technique, the 574 stitches together leathers of bright, aqua blue and suedes sultry in their purple shade. “N” logos are cutout atop the latter, marked with a deep red that’s further used against the grain of the heel tab. Black dyes then add neutral complement to the counter and tongue, while the collar and toe box adjacent dress similarly in a full grey outfit, each made understated so as not to steal spotlight away from the artwork hidden inside.

Grab a detailed look at these here courtesy of Amy Tran‘s photography and expect the 100 pair limited release to arrive on Footlocker.com come October 21st.

In other news, the Michigan Dunks release tomorrow. 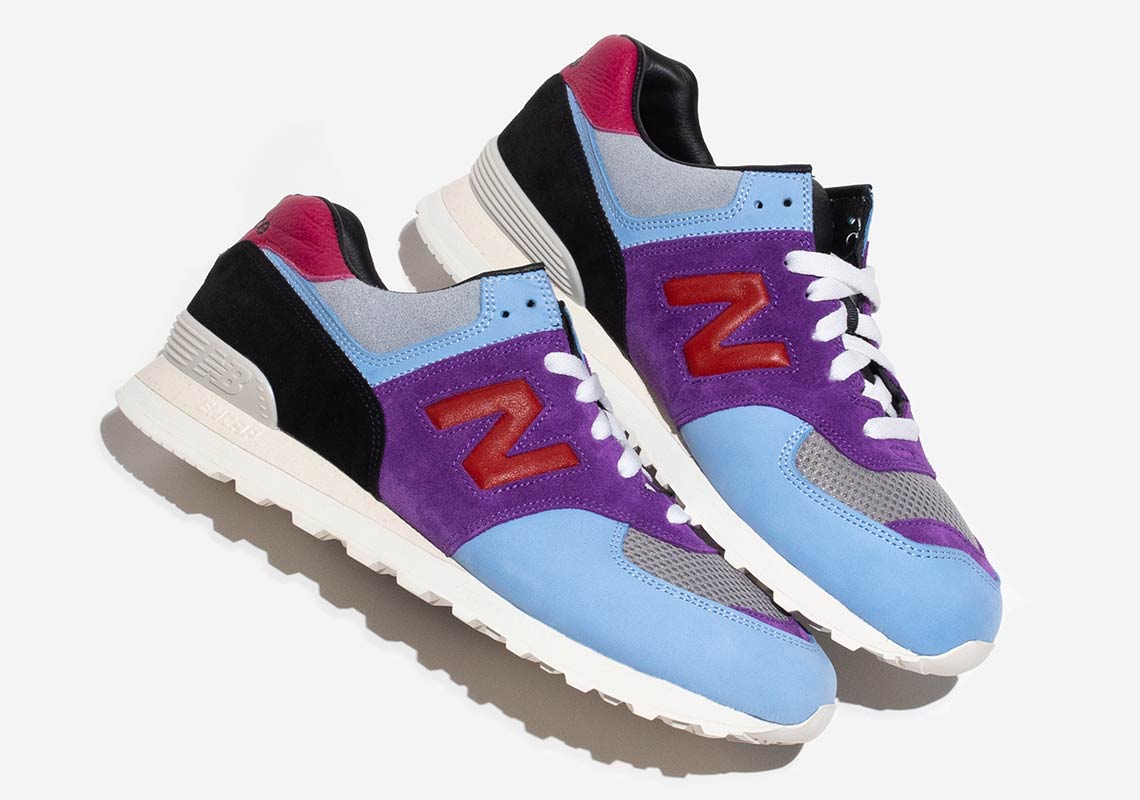 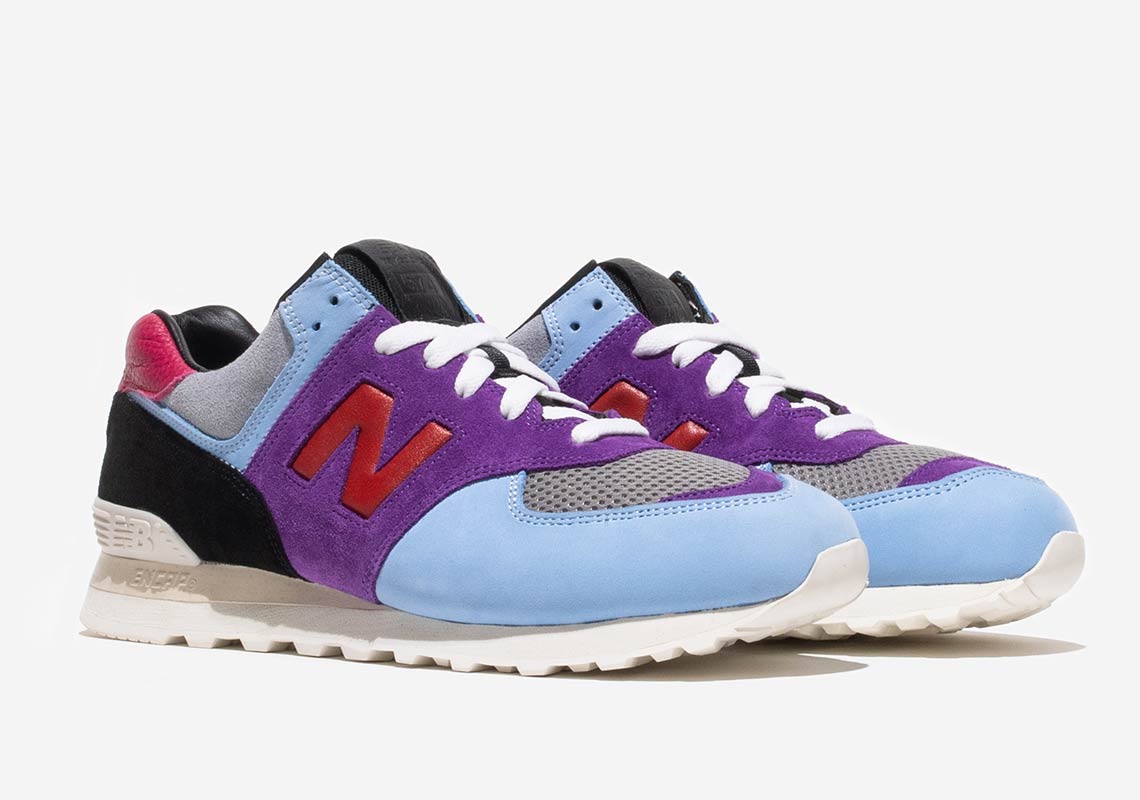 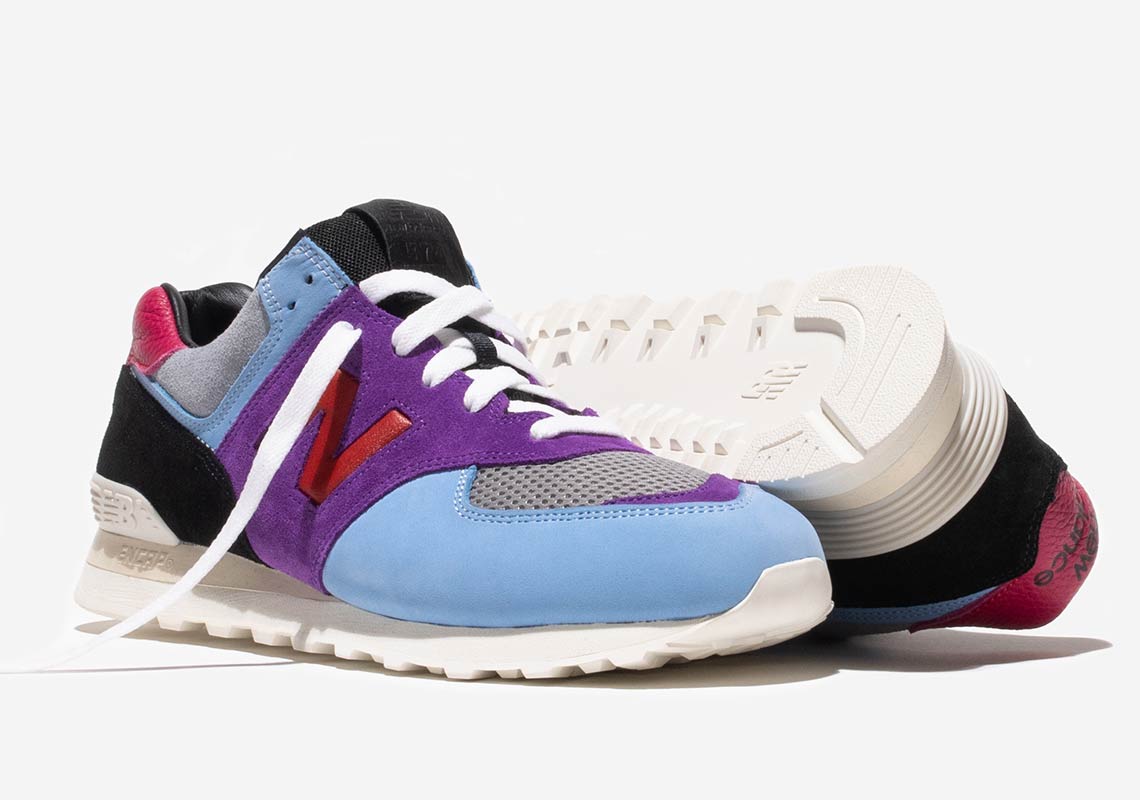 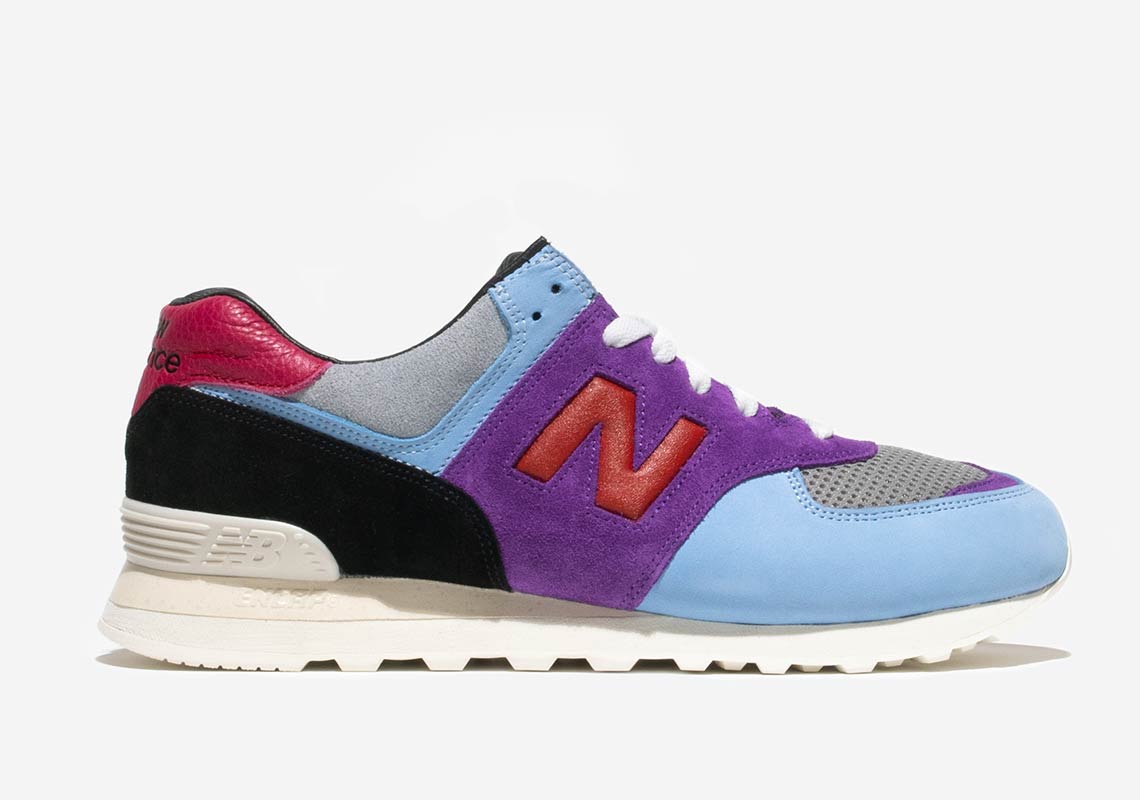 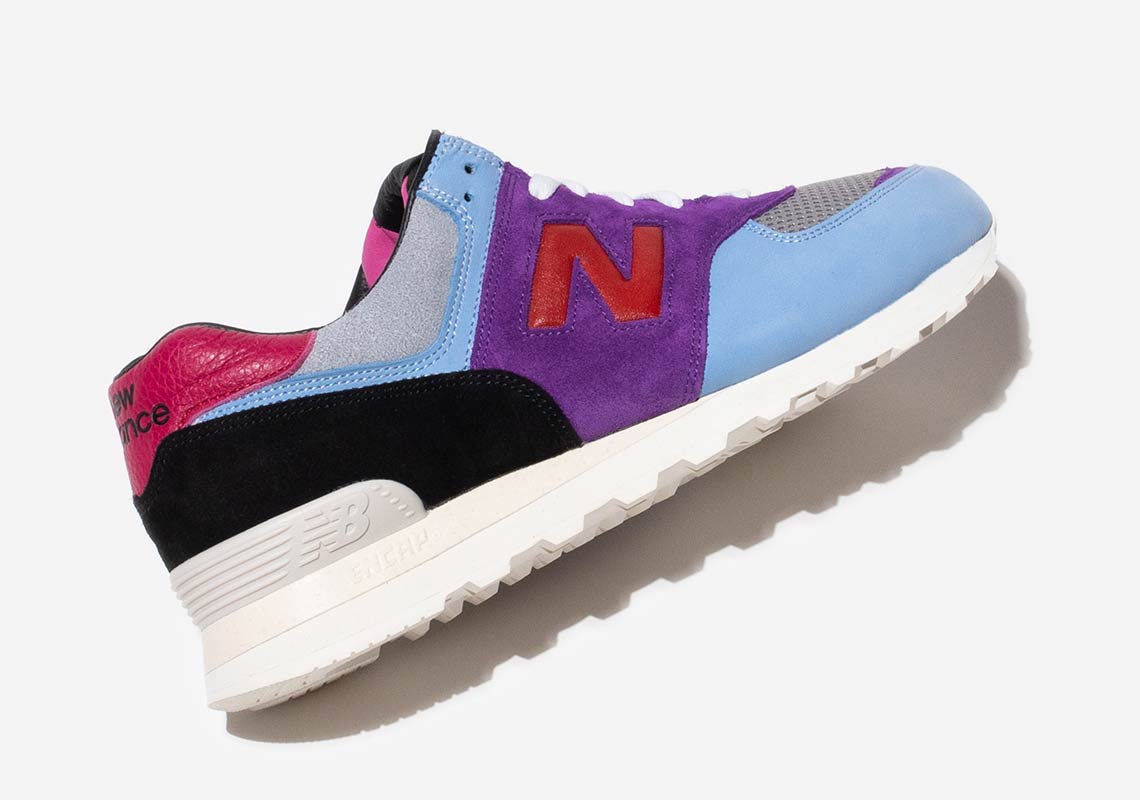 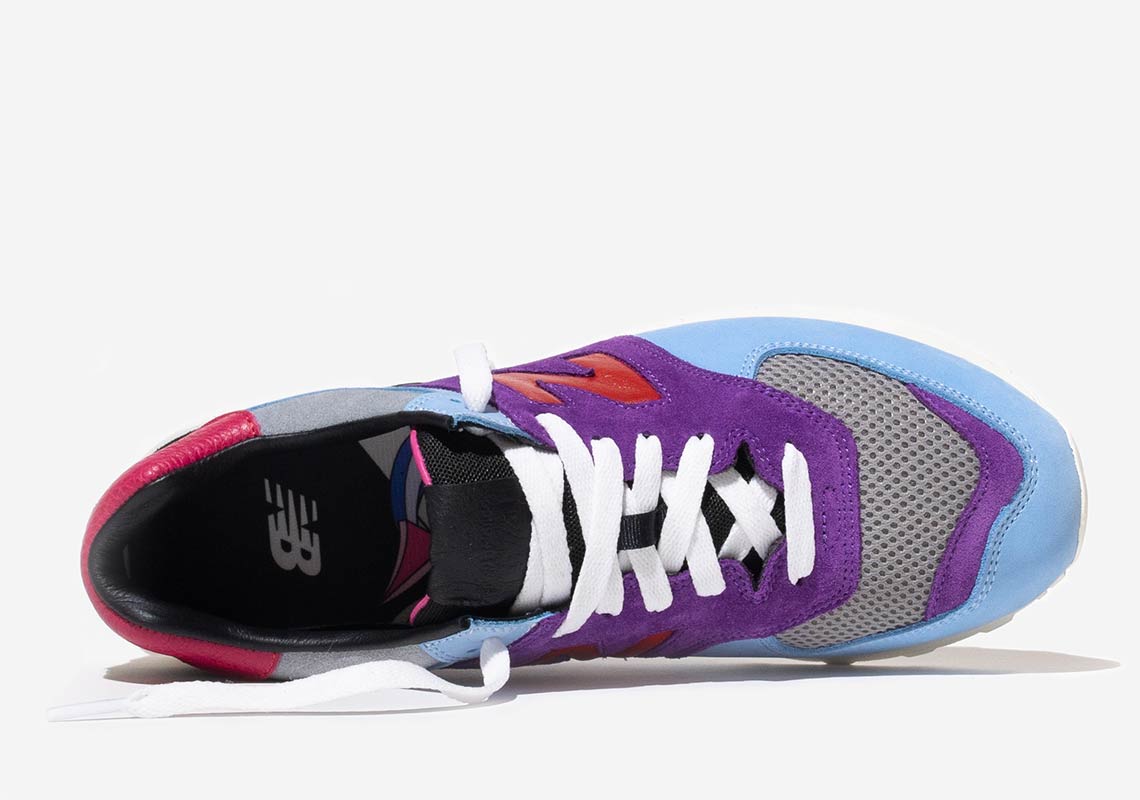 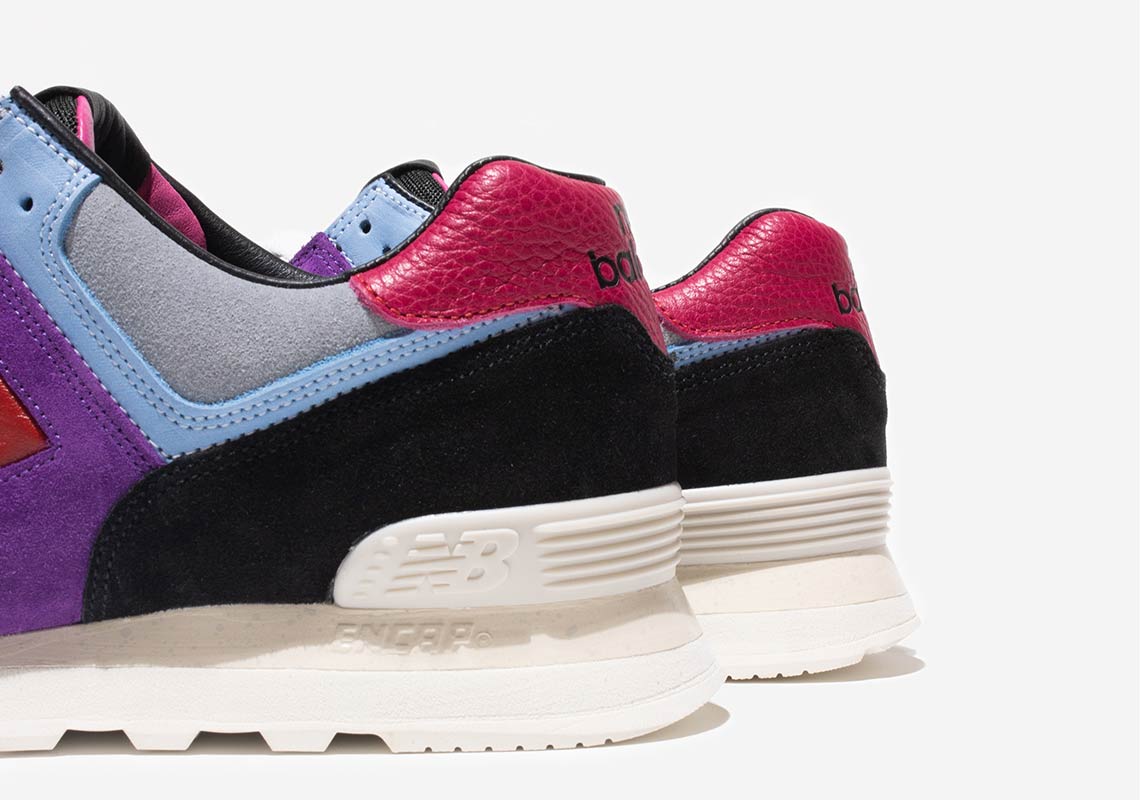