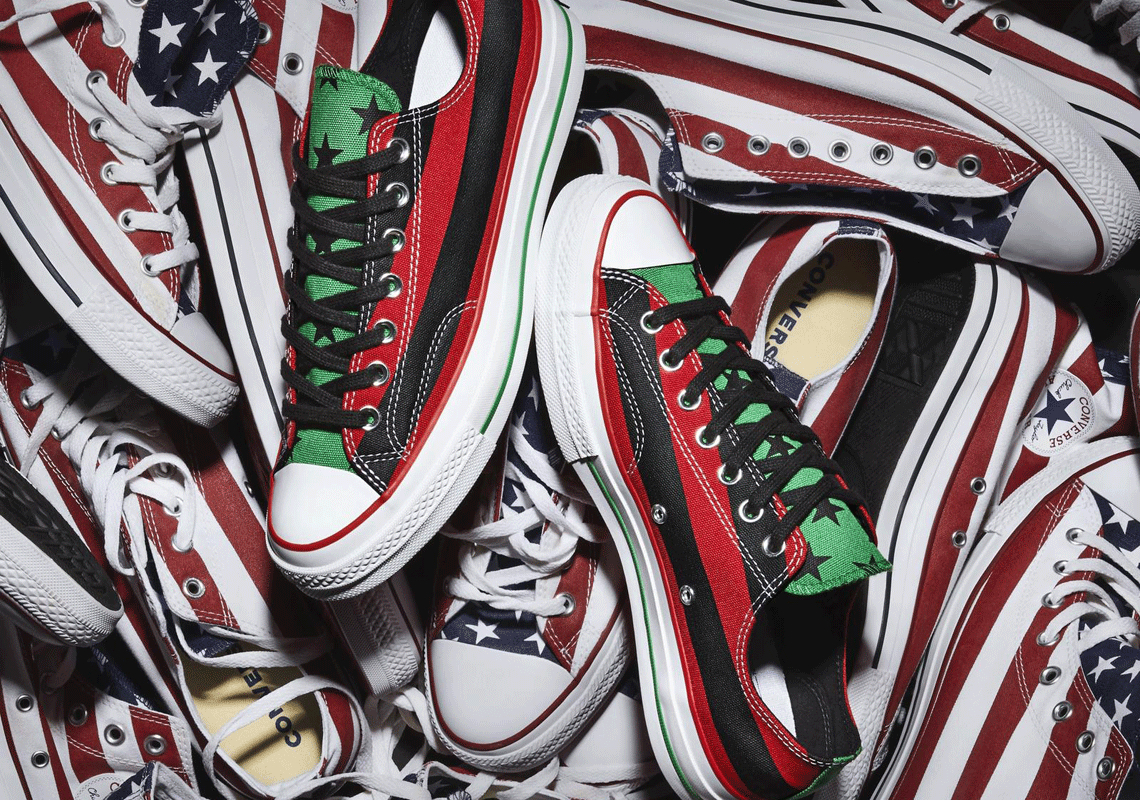 As much of the U.S. begins returning to some pre-Covid-19 norms, life for many in the country are far from being normal – not because loved ones passed or jobs were lost, but because life in this nation has always been riddled with systemic disadvantages. While solutions largely warrant an overhaul of the country’s bedrock, some individuals are starting where they can. Among them, Tremaine Emory and the team at Converse.

Known on social media as @denimtears and within the music scene as one-half of No Vacancy Inn, Emory has been using his platform to introduce the iconography he was exposed to as a child to new audiences. One of the images that’s left an unshakeable impression on the Jamaica, Queens-native has been Marcus Garvey’s Pan-African flag (1920), which established the foundation for David Hammons’ “African-American Flag” (1990). The red, black and green of both symbols have served as signs of representation for the Black community, and through his collaboration with Converse, Emory is transforming the American-icon that is the Chuck 70 into a platform on which more people are empowered to see themselves.

“We hope that the application of the African-American flag to our iconic Chuck will encourage dialogue on the Black American experience today and help ignite the change we want to see for a more equitable future,” says Brandis Russell, Vice President of Global Footwear at Converse.

To further put intention into action, the forthcoming collaboration will include the following:

• Proceeds from pairs of sold on DenimTears.com beginning October 22 will be donated to For Freedoms and Black Voters Matter.
• Roll-out of a graphic voting series across Florida, Georgia, North Carolina, Ohio and Texas with the help of the Whitaker Group, founded by James Whitner.
• Additional monetary support to voting initiatives from the Boston-based brand.

All together, the goal of Emory’s forthcoming collaboration with Converse is to spark change through civic education, engagement and participation within the Black community.

“It’s about helping people realize what they can do,” says Emory. “I want to help inspire people to self-educate, and to keep it going after this [November’s] election.”

The Denim Tears x Chuck 70 duo will see a global launch on Converse.com on October 29th. 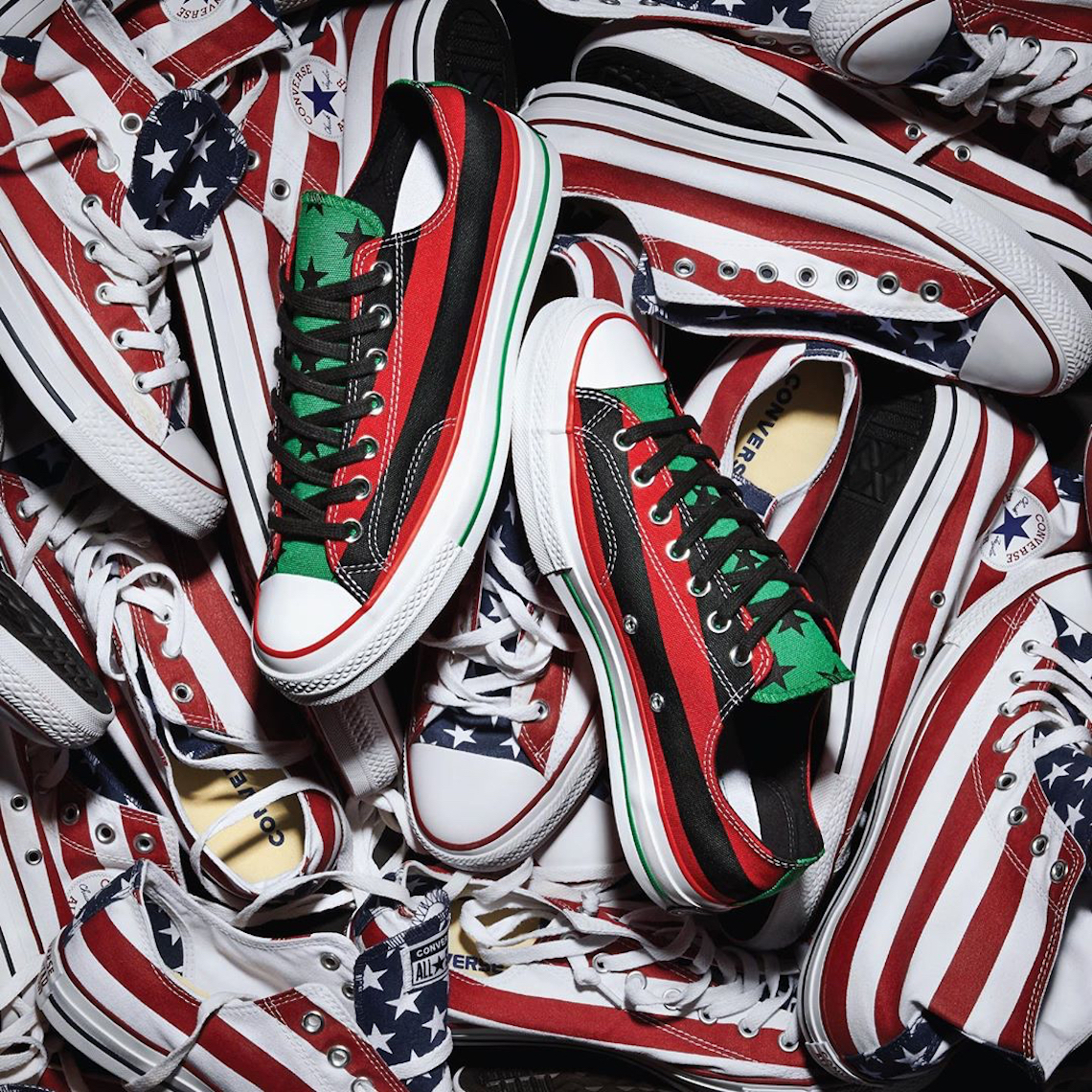 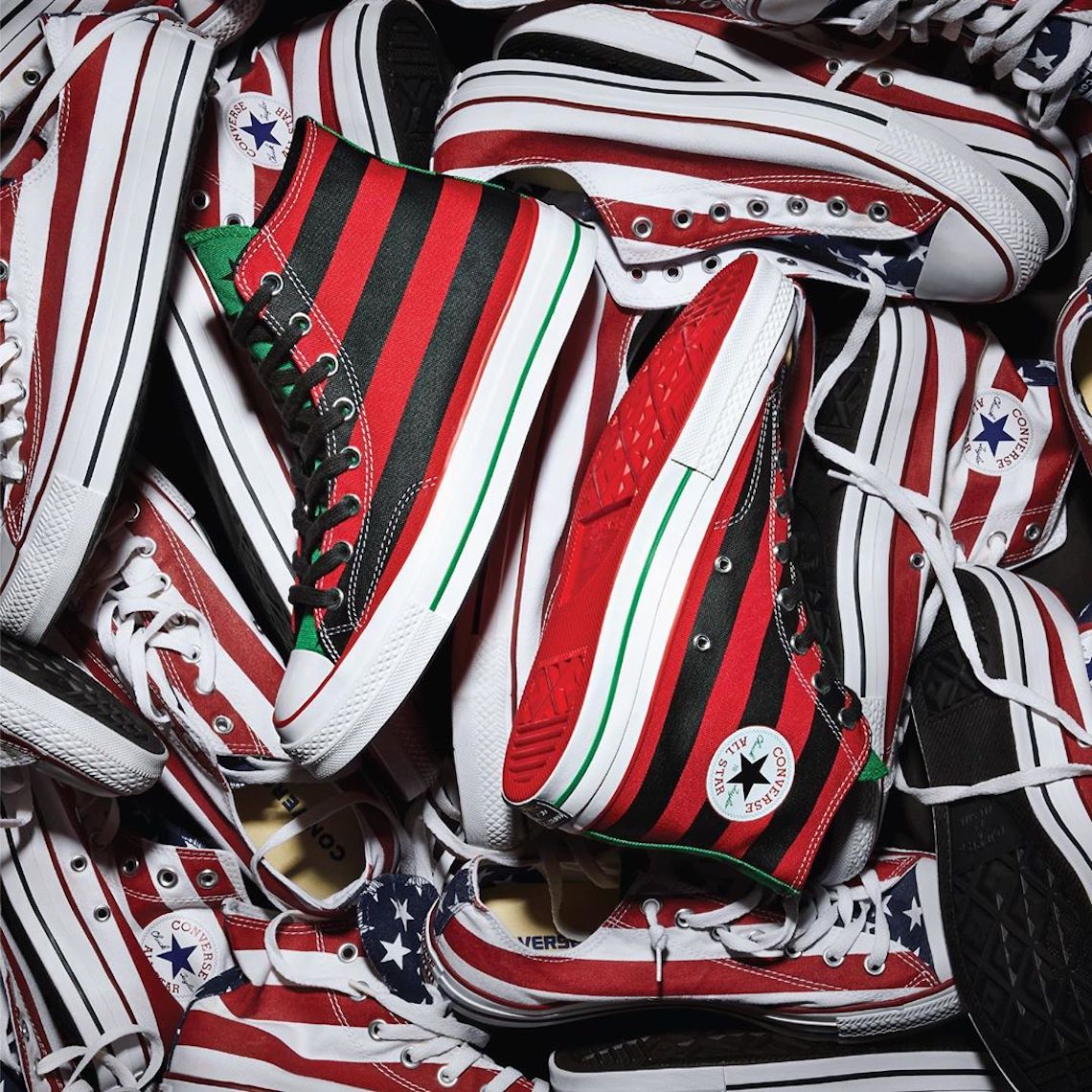