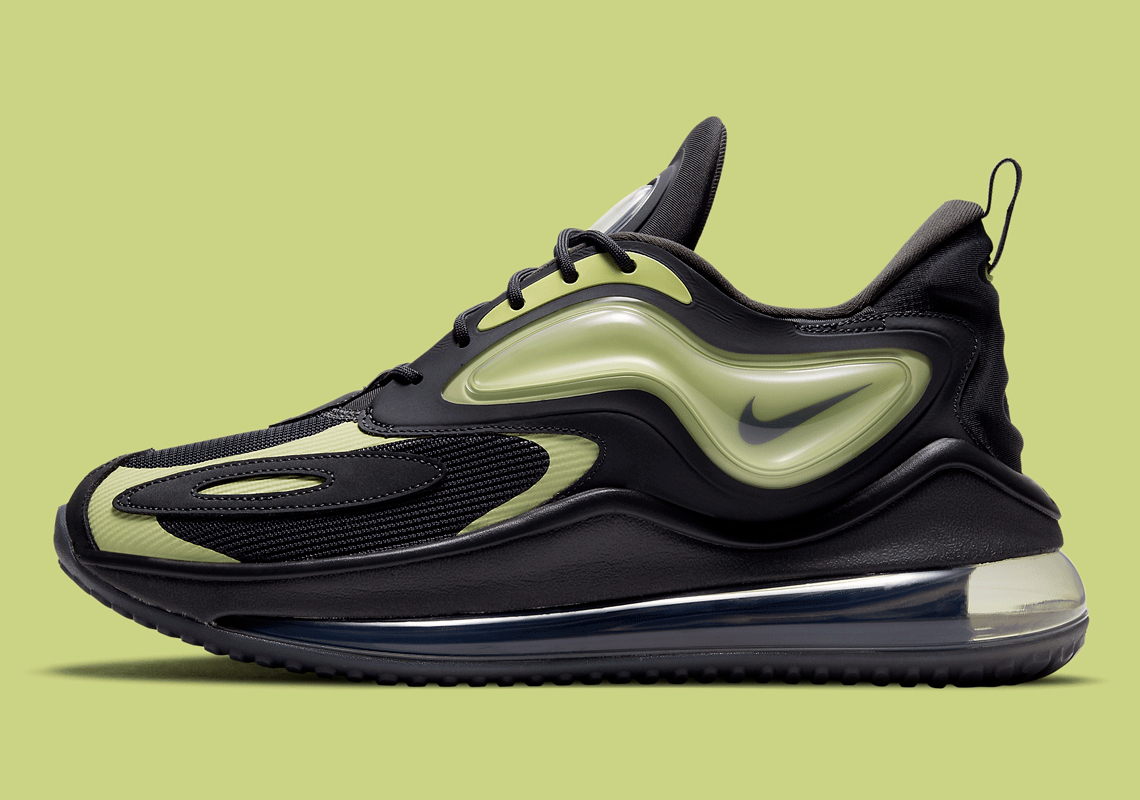 Although 2020 has seen much of the Nike Air Max line’s endeavors focused on its silhouettes from 1990 and 1995, the revolutionary range of sneakers has added several new models to its roster throughout the year. Among them, the newly-surfaced Air Max Zephyr, which features visible Air units across its upper.

The LeBron 18 raised some eyebrows when it was first teased in Orlando, Florida due to the Airbags on the tongue. In comparison, the latest Air Max model, which takes its name from the Greek personification of the west wind, boasts two large, angular units at its profiles. Similarly shaped accents throughout the textile upper complement the design choice, while simultaneously injecting a sporty aesthetic to the pair. From a bird’s eye view, the silhouette resembles the Zoom BB NXT given its jewel-like branding on the tongue and amply-passed tongue and collar. Sockliners are stamped with warped “NIKE AIR” logos, tread underfoot is replete with ostensibly playful patterns and cushioning is reminiscent of the Air Max 720. As evidenced by the “Dark Smoke Grey/Life Lime/Iron Grey” pictured below, the Air Max Zephyr’s design lends itself to eye-catching arrangements.

Official Nike.com release details are still unknown, but this sneaker is likely to make its debut either before the year ends or in early 2021. In either case, enjoy official images of the pair ahead. 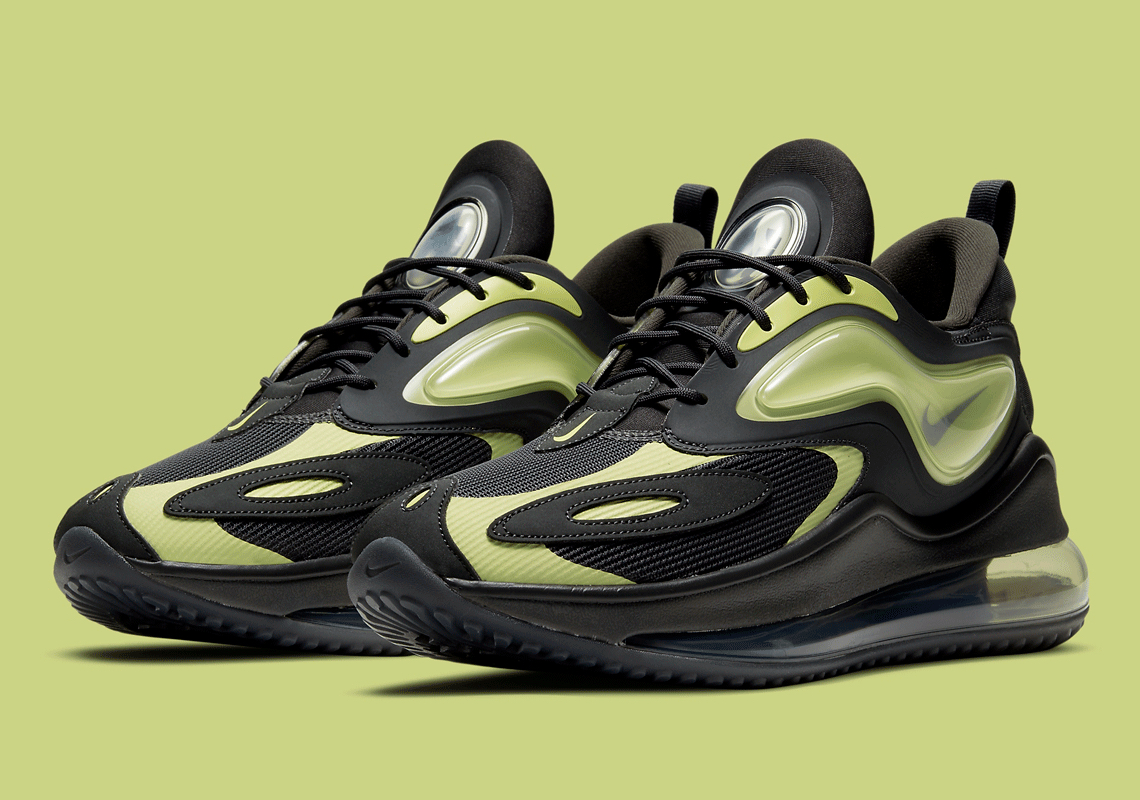 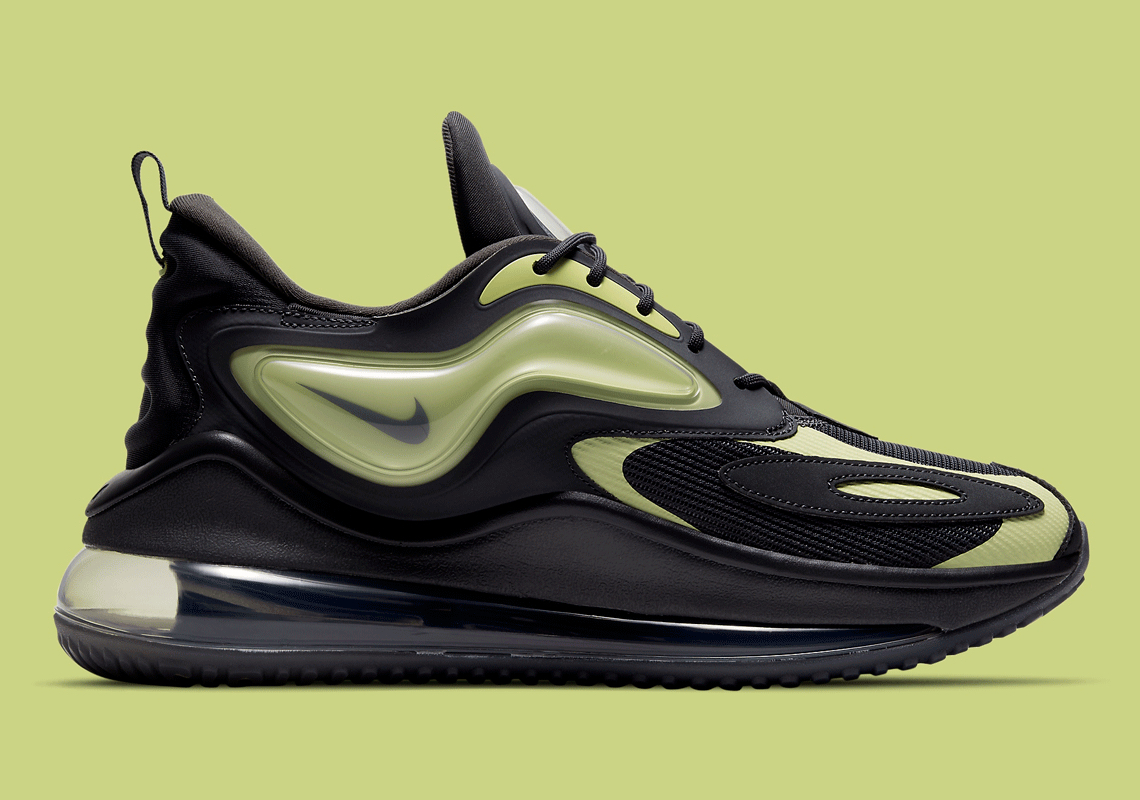 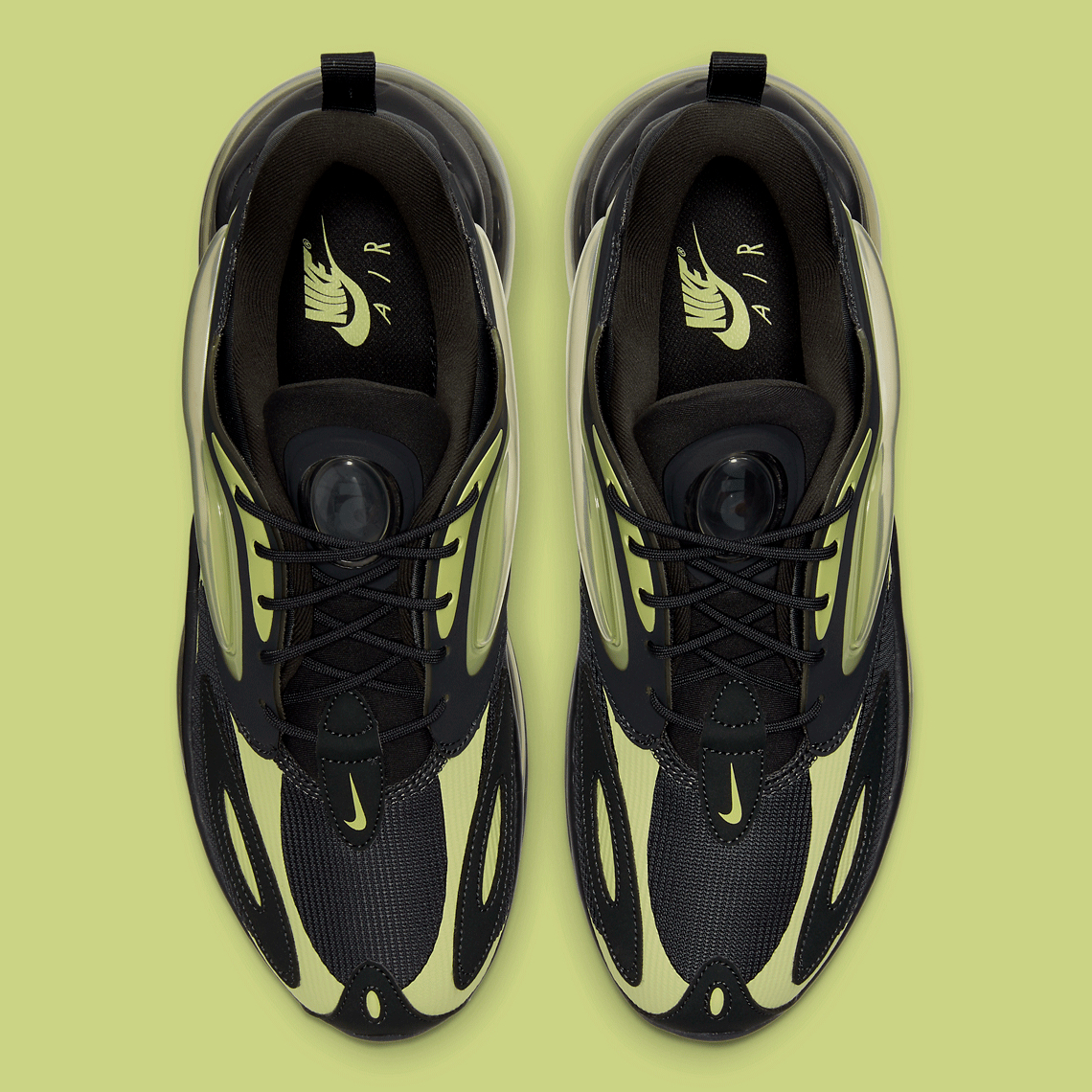 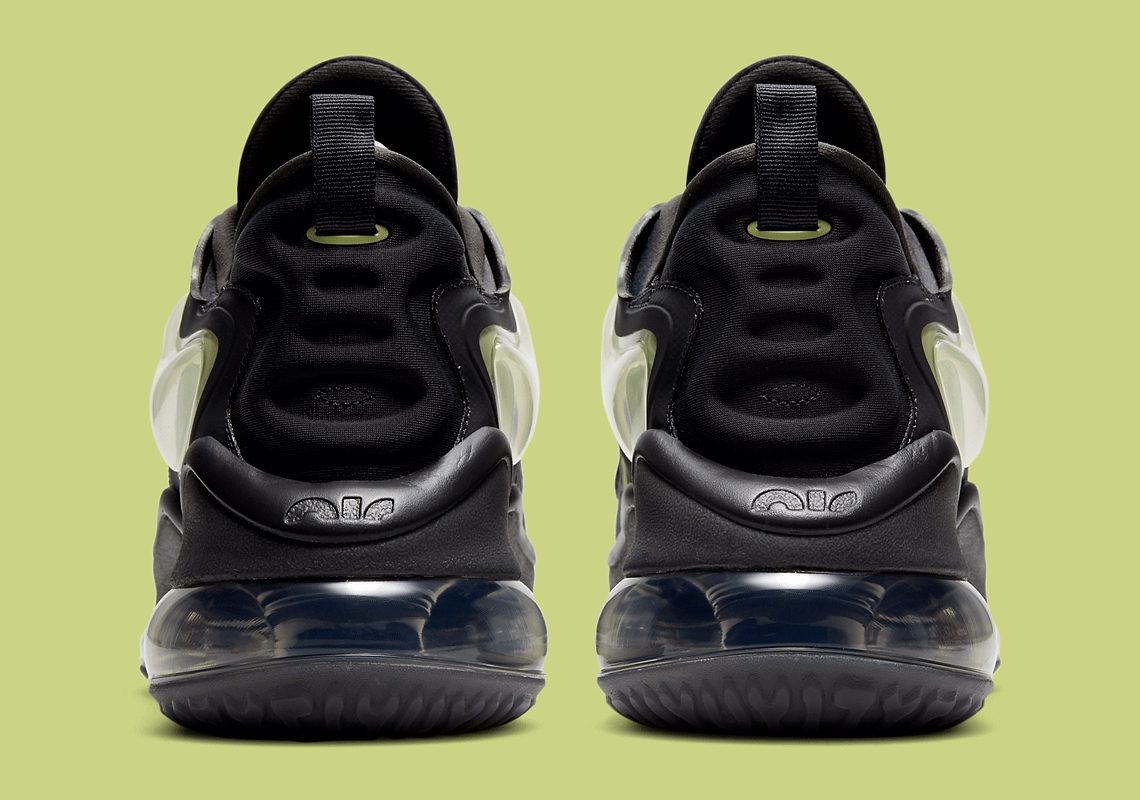 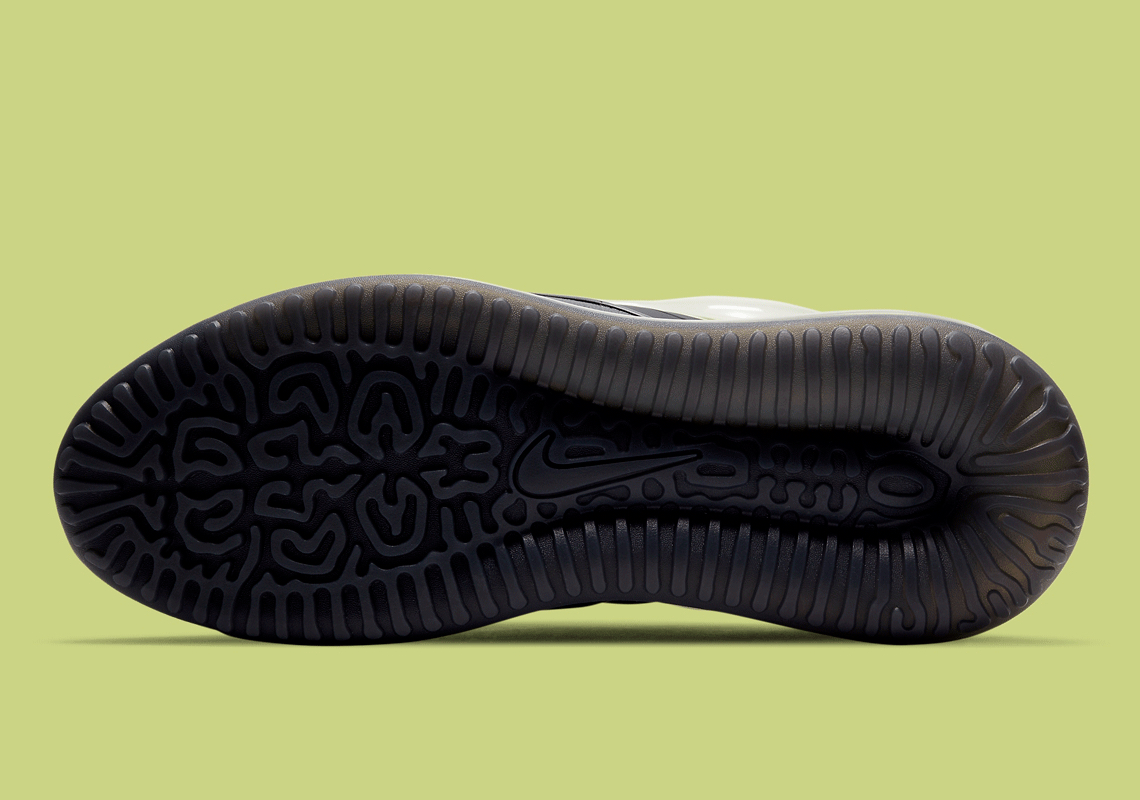 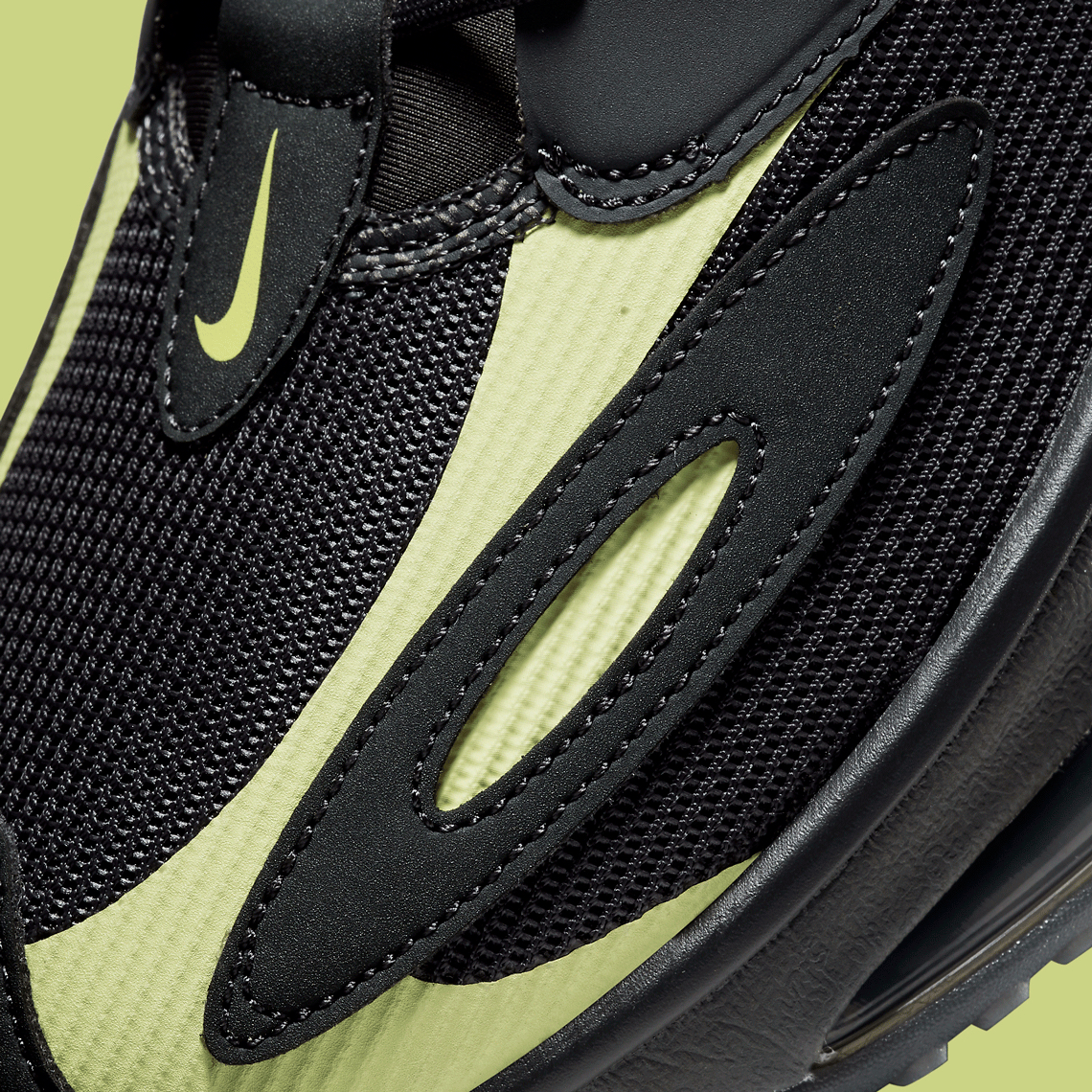 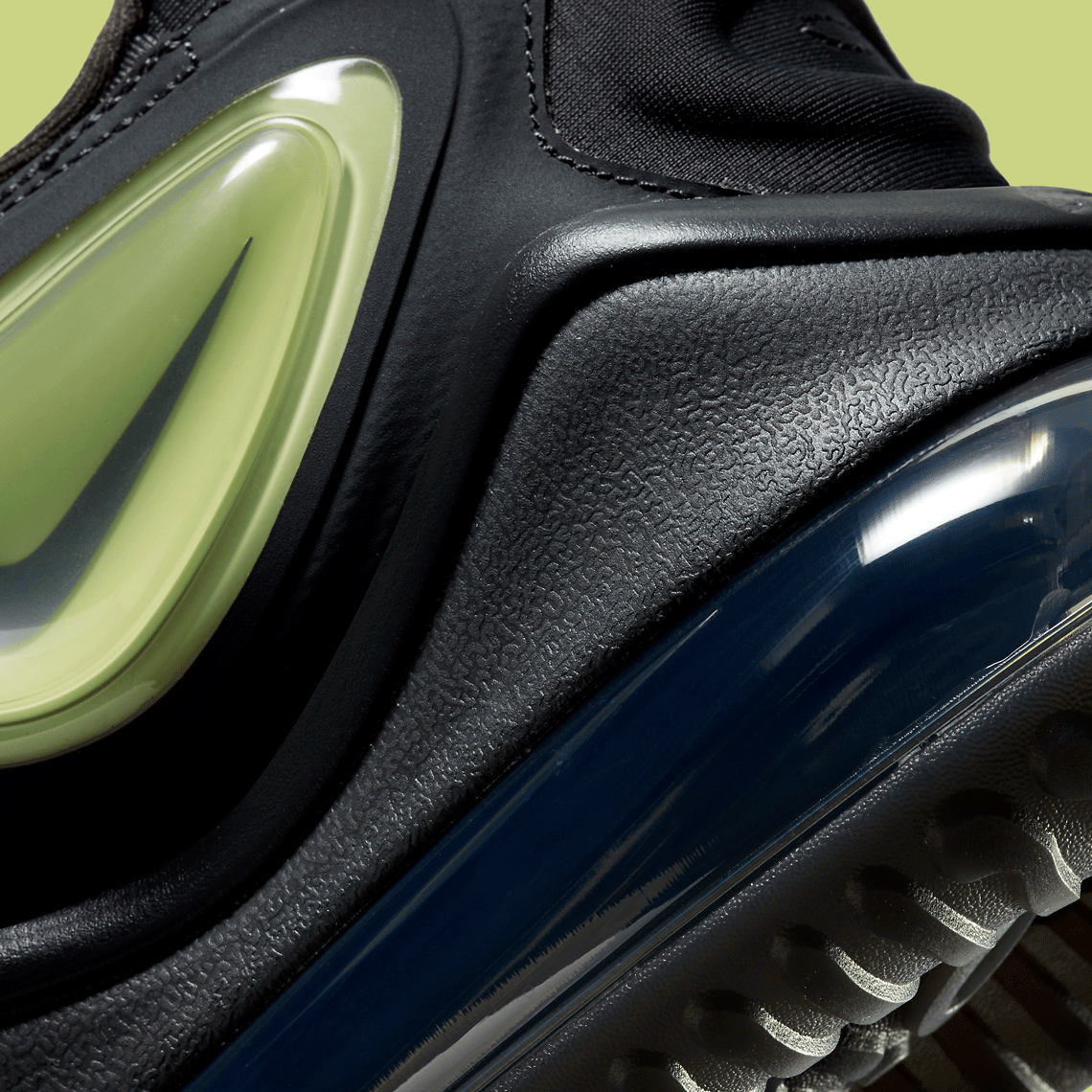