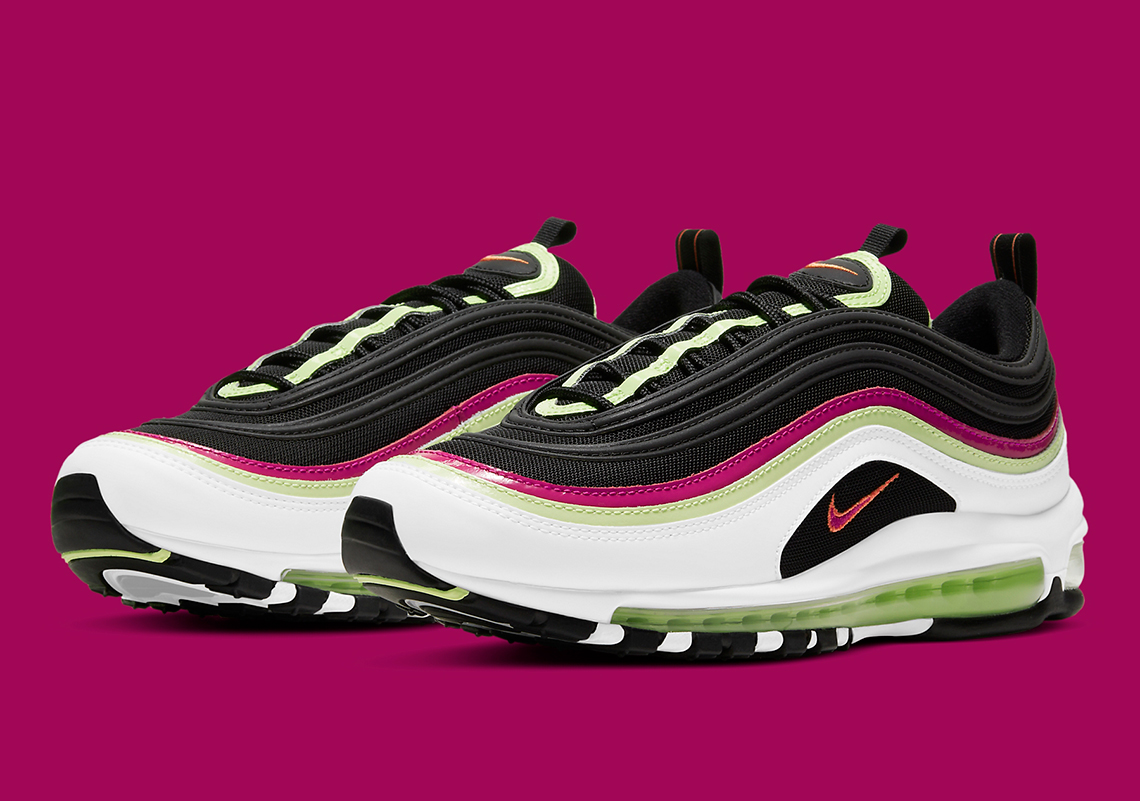 Every year, Nike jumps from pack to pack, each usually a little more specific than the one previous. Music genres, art scenes, even specific cities were once in the brand’s sights — however, with their latest project, the currently unfolding “World Tour” pack, the inspiration is much more difficult to narrow down. This rings true even with the newly revealed Air Max 97, an offering that simply dresses its sides with vibrant accents.

The “World Tour” branding also has its place, but unlike the Air Force 1 and Blazer Mid seen prior, the text is hidden, placed only atop the insole. Instead, the colorway alone takes the focus, its base dressed with black neutrals along the top half and white across the bottom; then, atop the profile’s miniature check, the leathers overlays along the tongue, and the signature layers that run the circumference, hits of magenta and Volt come into play, overtly associating the scheme aforementioned pairs’ palettes.

Grab an official look at the Air Max 97 “World Tour” below and expect a release to hit Nike.com likely within the coming months.

In Jordan Release Dates news, the Air Jordan 13 Hyper Royal is slated to arrive this Saturday. 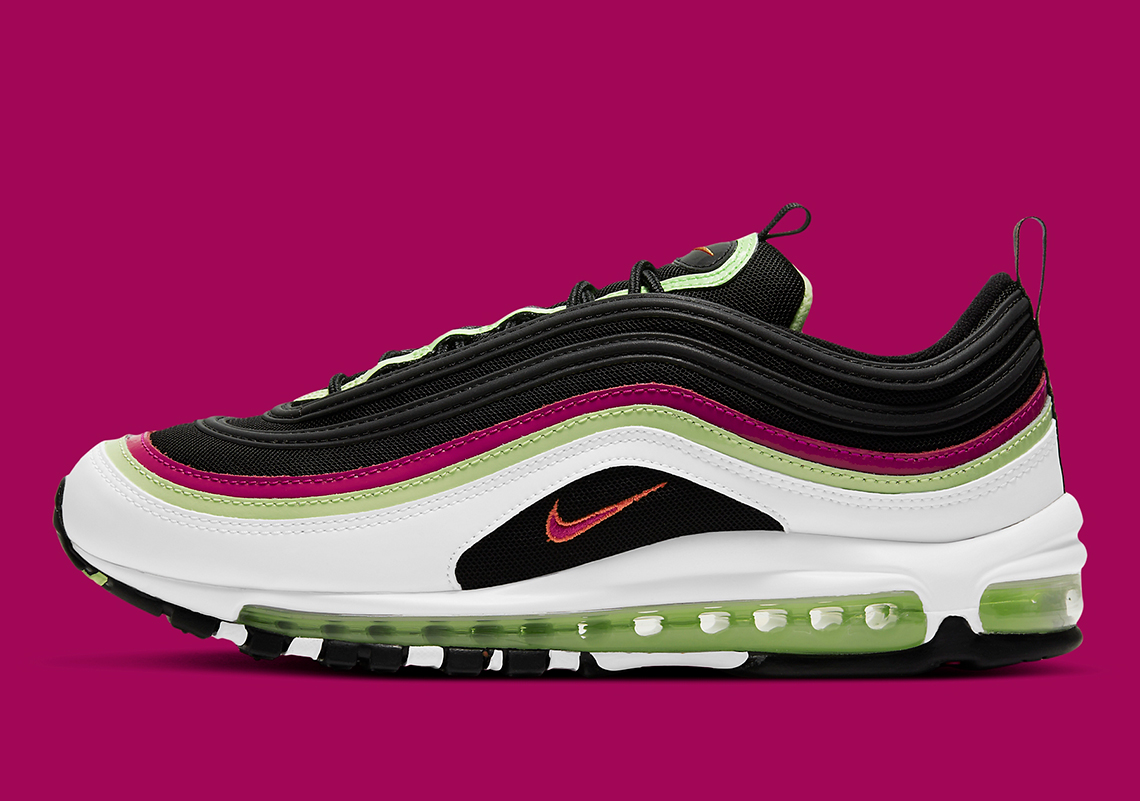 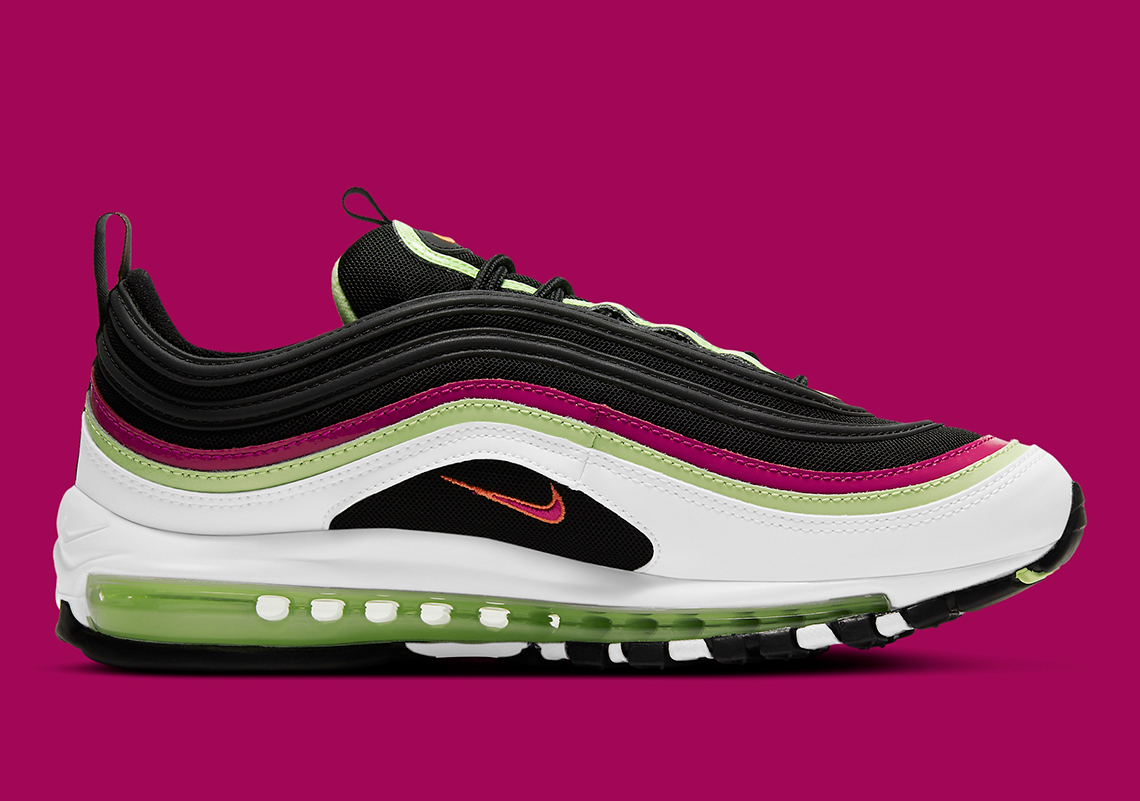 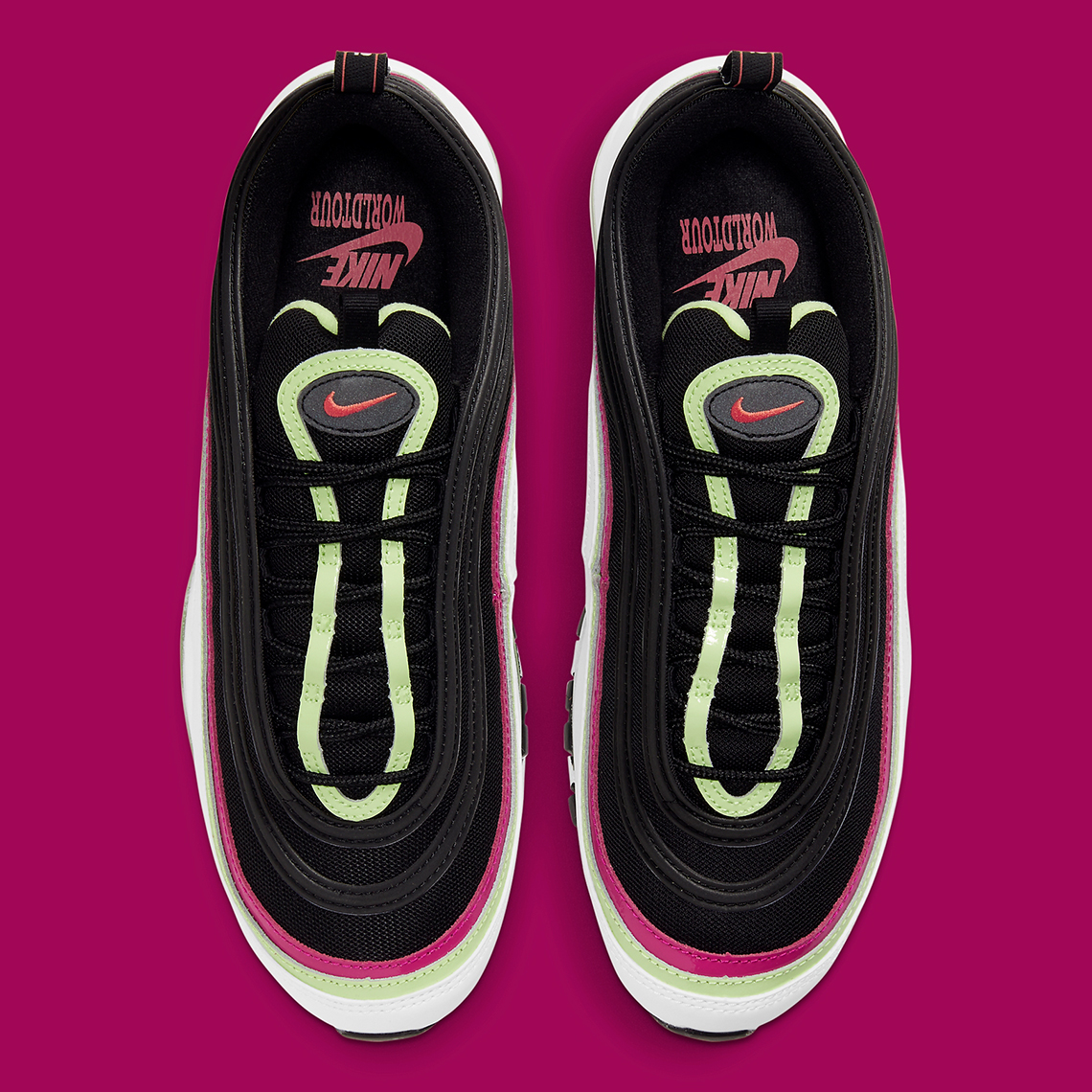 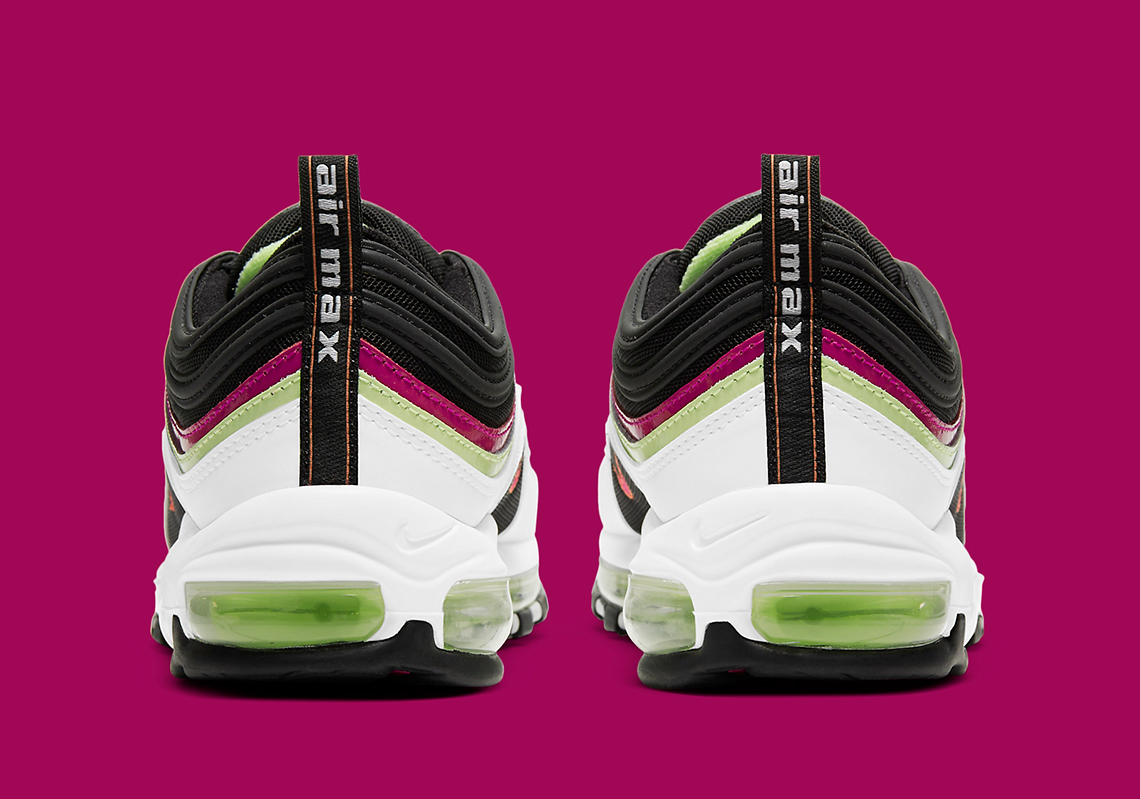 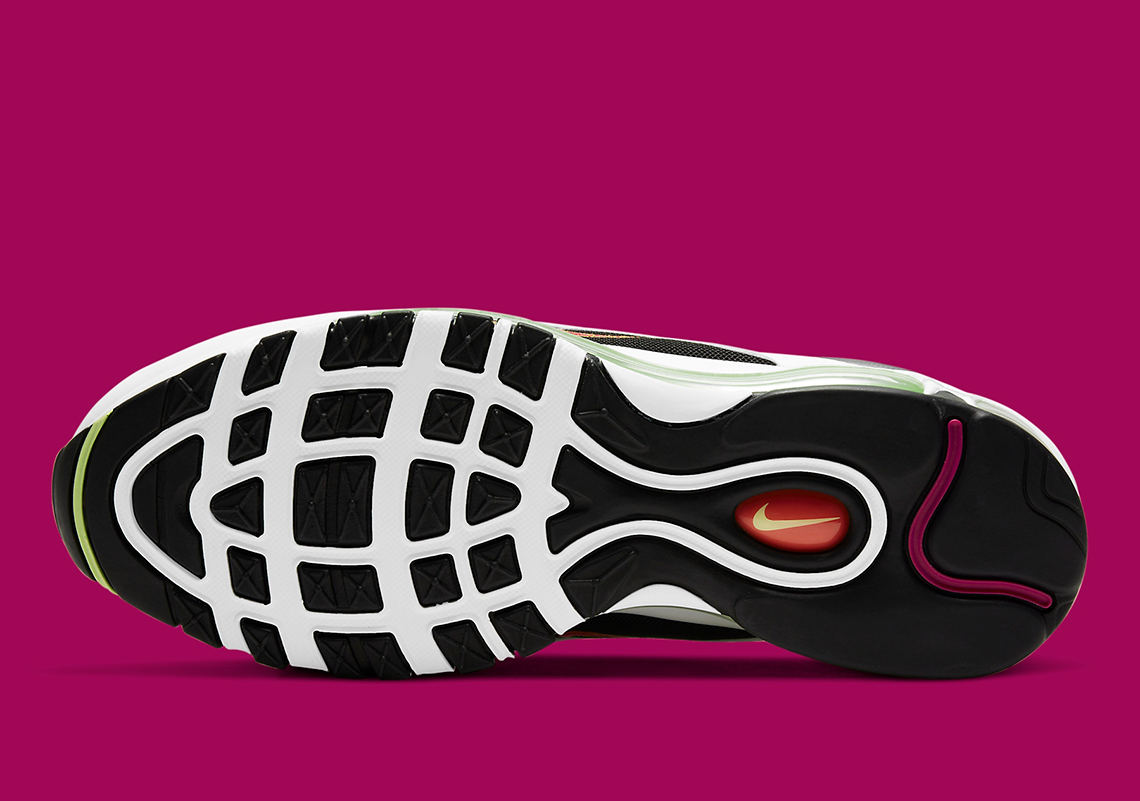 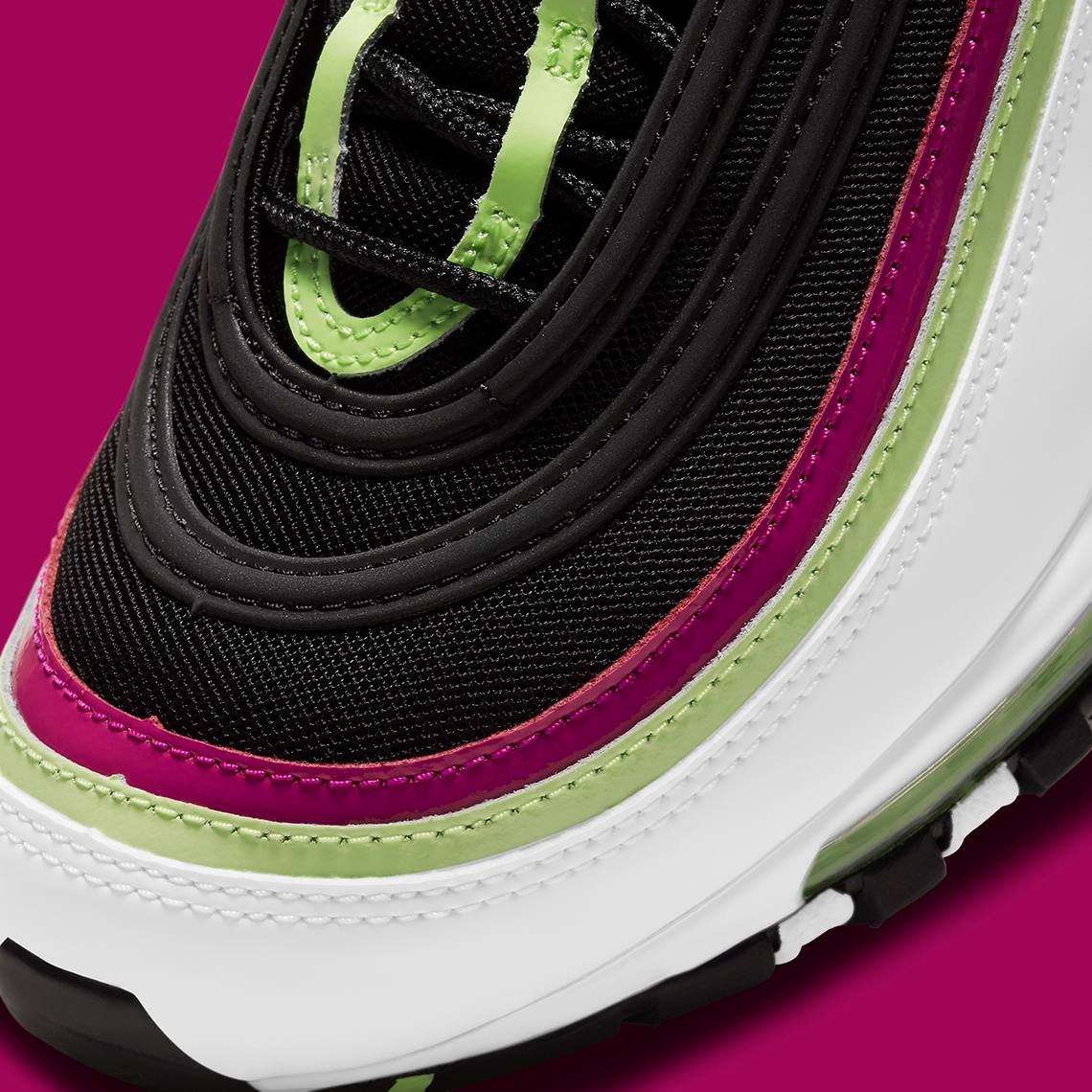 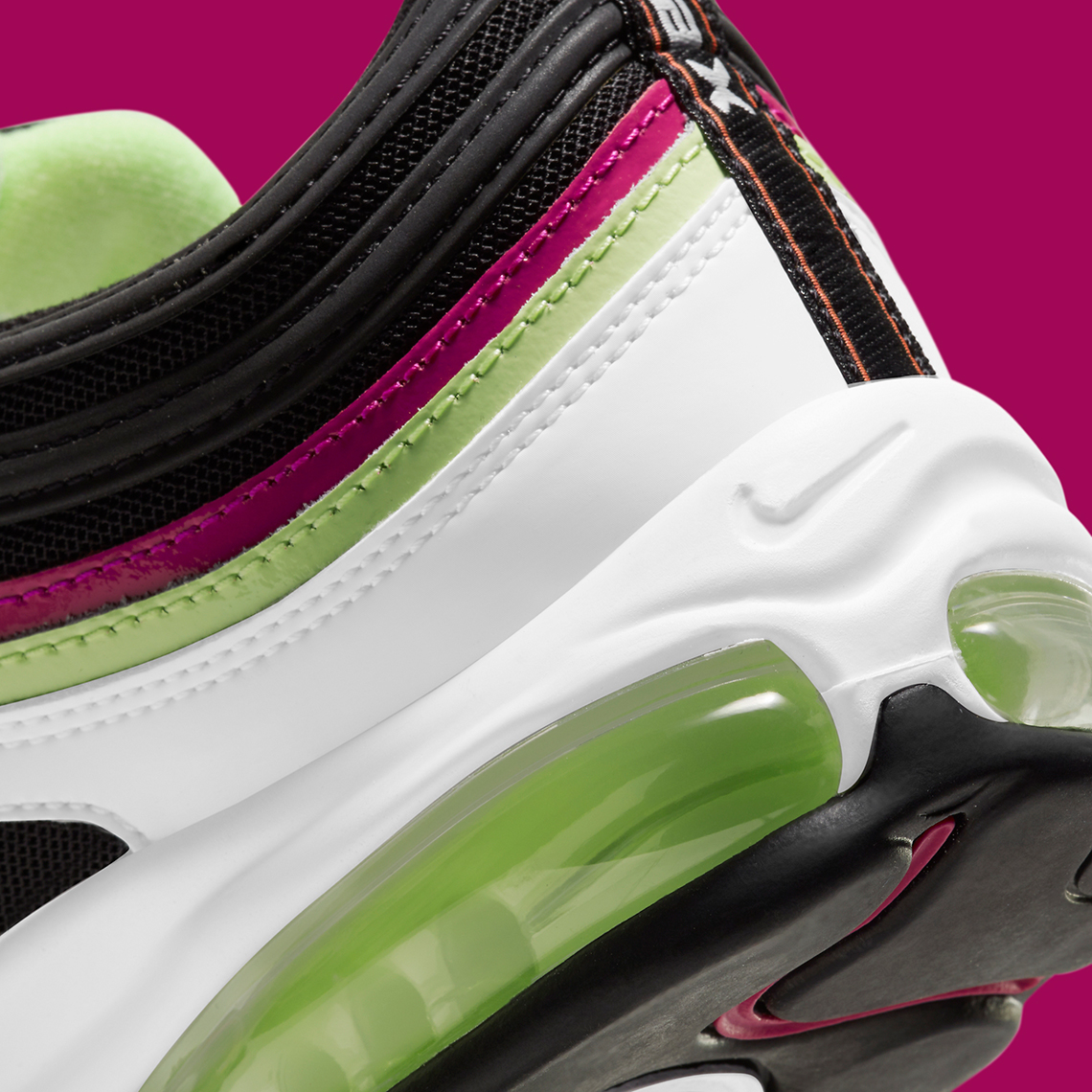