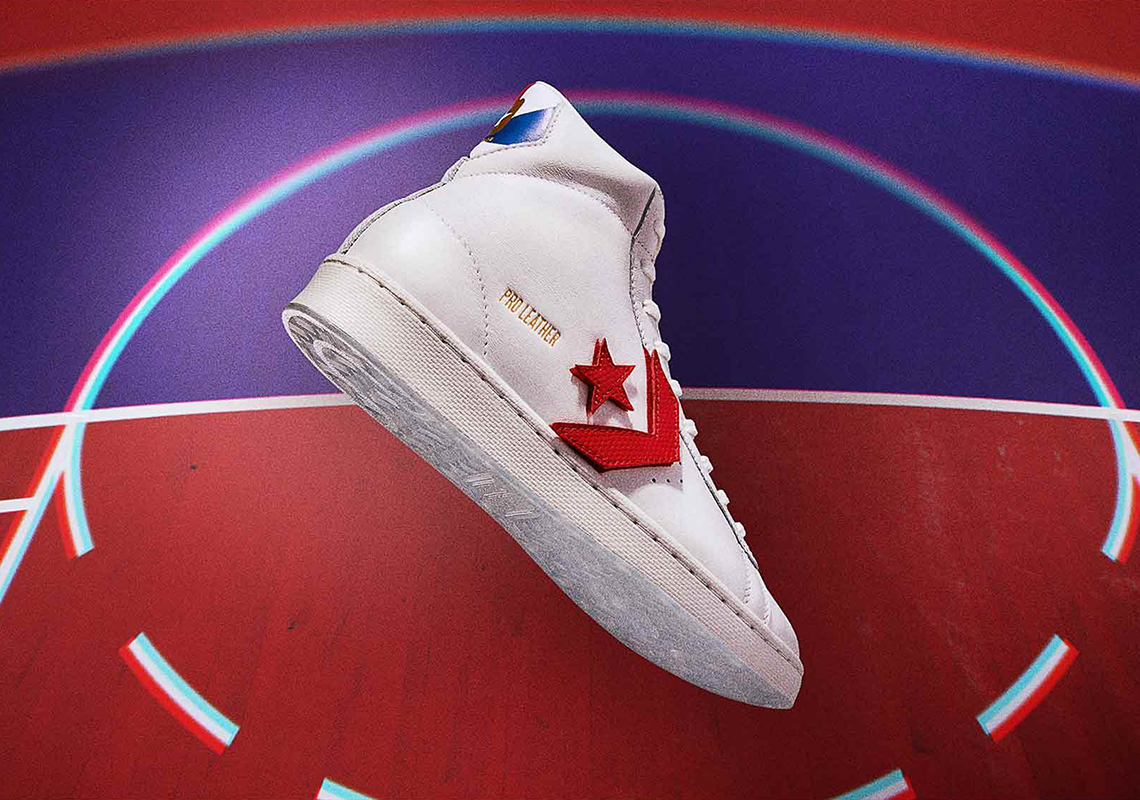 Though many may associate Converse with punk culture, it’s more accurate to say that the brand’s roots are grounded in sportswear — their signature Chuck Taylor once outfitting the best basketball icons of the game’s early years. And though that bit of storytelling has slowly been lost throughout the generations, even despite the aforementioned silhouette’s namesake, the imprint is still informed by the sport to this day. In 2021, we’re to see these influences much more clearly, as each of the releases below highlights a moment in the 130 years of “barrier-breaking” history.

Keep scrolling to grab a look at the entire library of offerings. Expect each to become available on Converse.com and select retailers throughout the year. 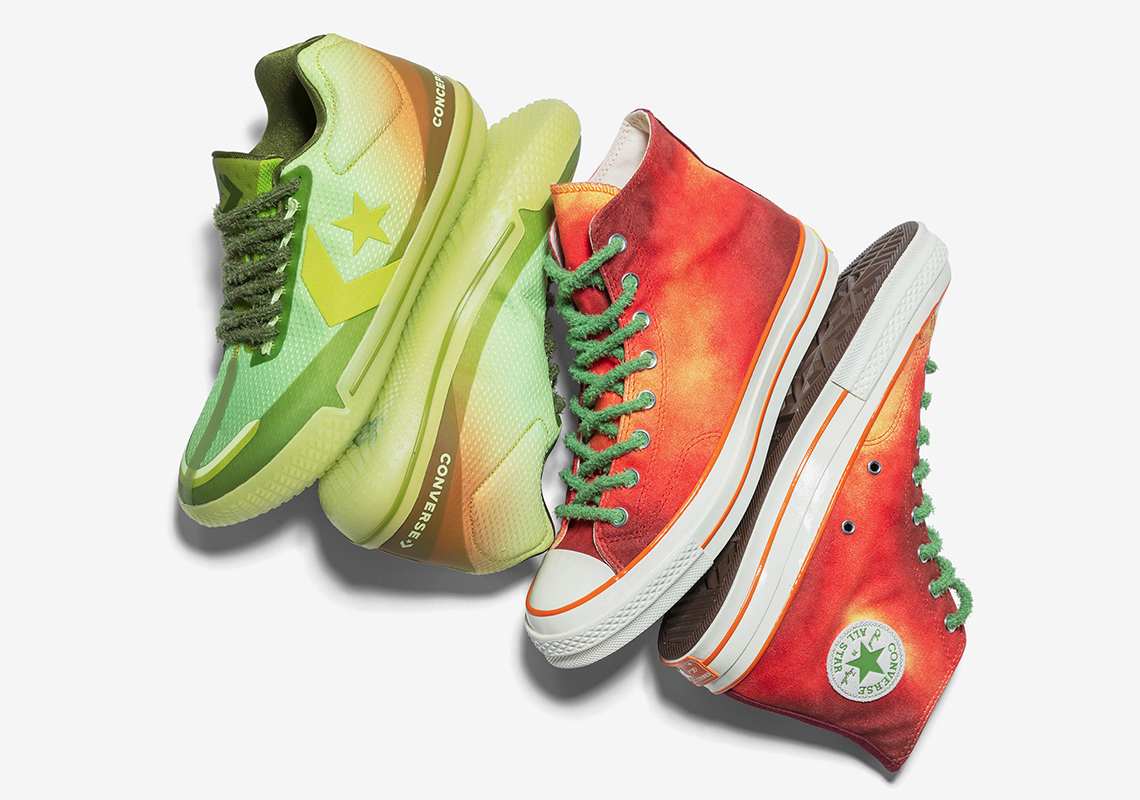 Who better to start the collection then Concepts? Revealed in detail just yesterday, the collaborative capsule takes both the beloved Chuck 70 as well as the All Star BB Evo and throws it back in time to 1891. Tinted in rose-orange and green, respectively, the duo collectively celebrates basketball’s roots as it nods to the peach baskets used as makeshift rims. 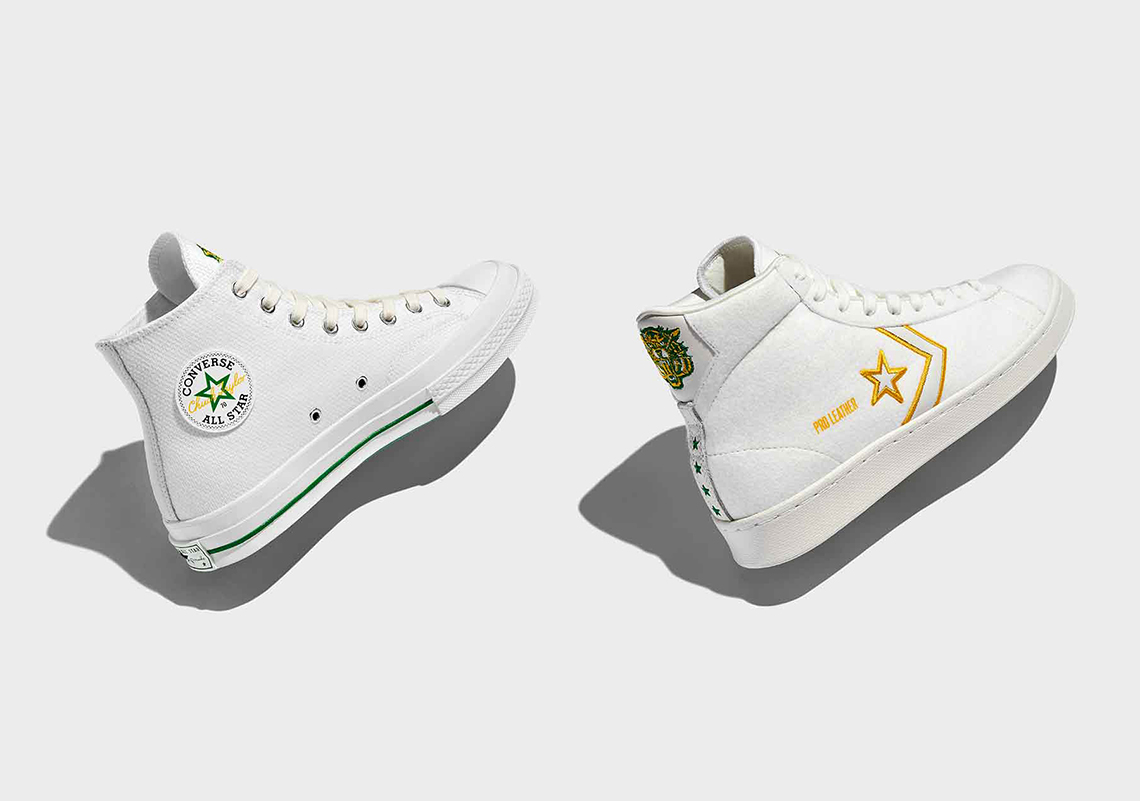 1955: Breaking Down Barriers in Indy

Flash forward a few decades and the sport is far more established. For their second micro-collection, Converse has brought back the Chuck 70 and replaced its previous partner with the equally iconic Pro Leather. Each, in their shared color schemes, joins the stands of the Crispus Attucks High School basketball team, the very first all-Black ensemble to win the Indiana state title. The signature tiger insignia is used with focus, supported by logo hits and trims that finish an already vibrant homage to the 1955 champions. 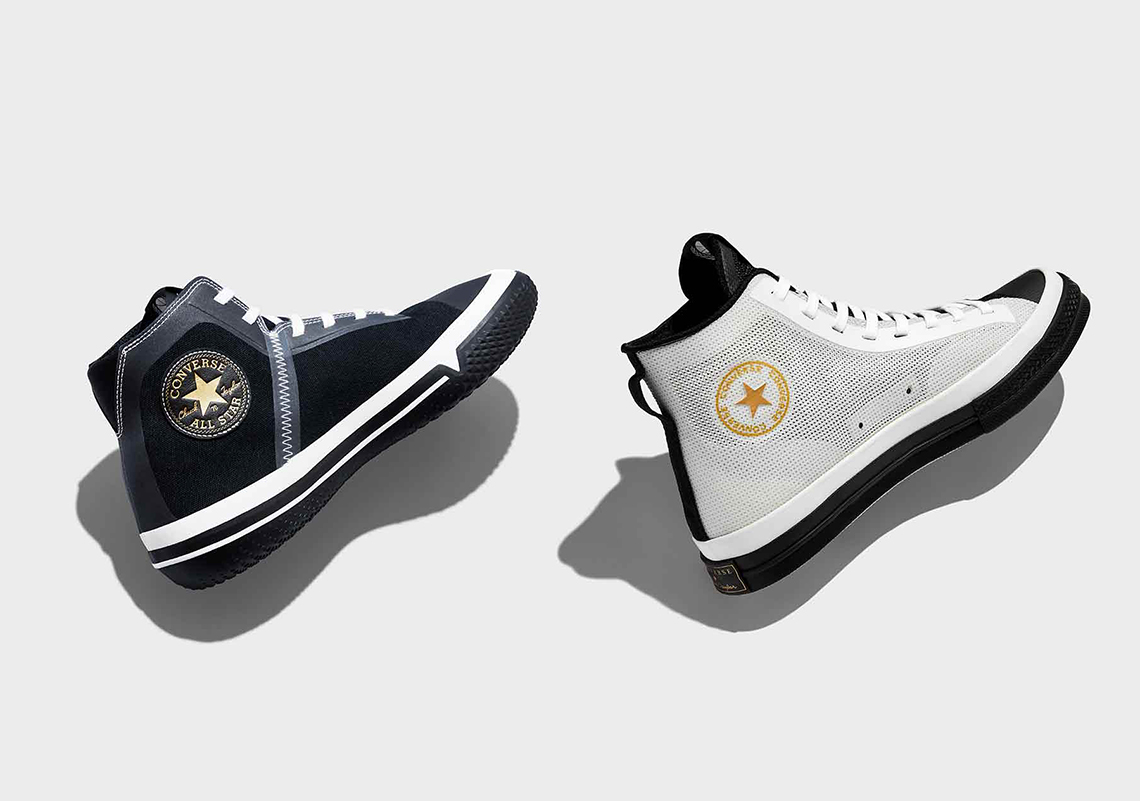 The next series, as its namesake implies, tells of Converse’s evolution in the many years past. From 1971 to 2019, the brand has changed drastically, but the core ideas and the roots that inform said ideas are one in the same. Here, the Chuck 70 acts as a starting point, upgraded with quad axial materials to further spotlight the moment the silhouette went from a simple, unassuming canvas basketball shoe to a veritable cultural icon. And then, for a taste of current innovations, the aforementioned is paired with the All Star Pro BB, the shoe that ushered the imprint back onto the court. 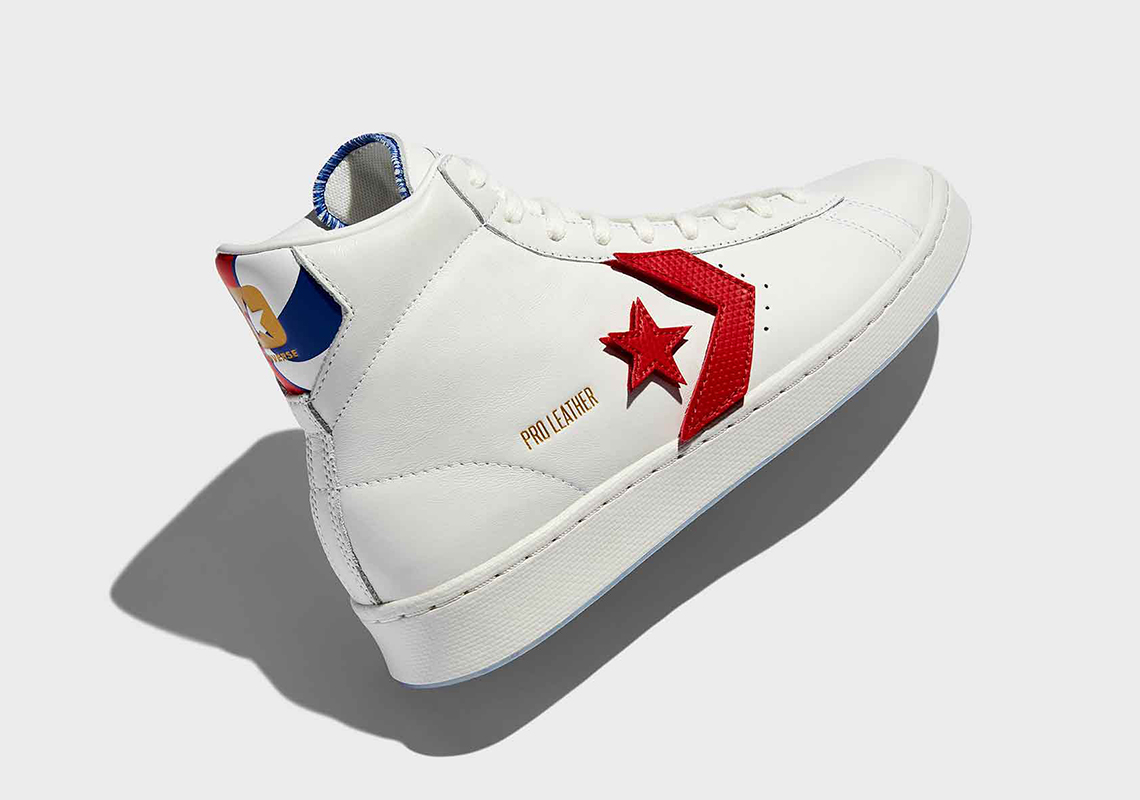 On August 5th, 1976, the National Basketball Association (NBA) and the American Basketball Association (ABA) officially merged, signaling, as Julius “Dr. J” Erving puts it, “the coming-together of two things into something great.” To celebrate the 45th anniversary of the final ABA season and Erving himself, Converse has dressed up the Pro Leather with the original ABA colors, interchangeable star chevrons, and a ball-shaped chenille fabric patch. 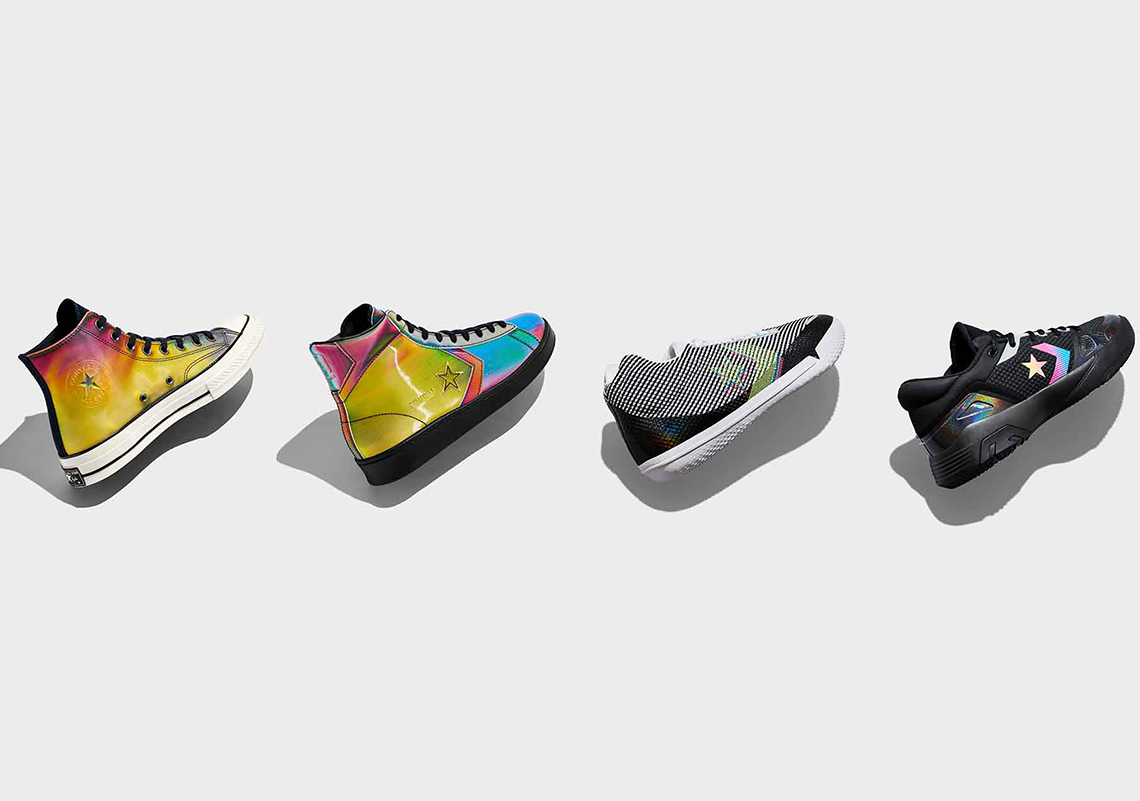 2018: The Most Expressive League in the World

Basketball today is replete of eccentric characters, many with their own equally bold signature shoes. In 2018, this was dialed up to 11 as the NBA finally lifted its footwear colorway restrictions. Since, we’ve been able to witness a number of expressive releases and the commemorative, four-part “Iridescent Pack” is no exception. Though inclusive of a gradient-treated Pro Leather and Chuck 70, the range more so spotlights the brand’s recently introduced All Star BB Evo and G4 Low, both of which use the core themes atop their logos and accents. 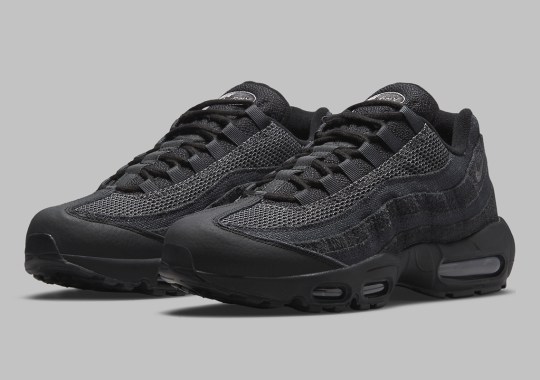