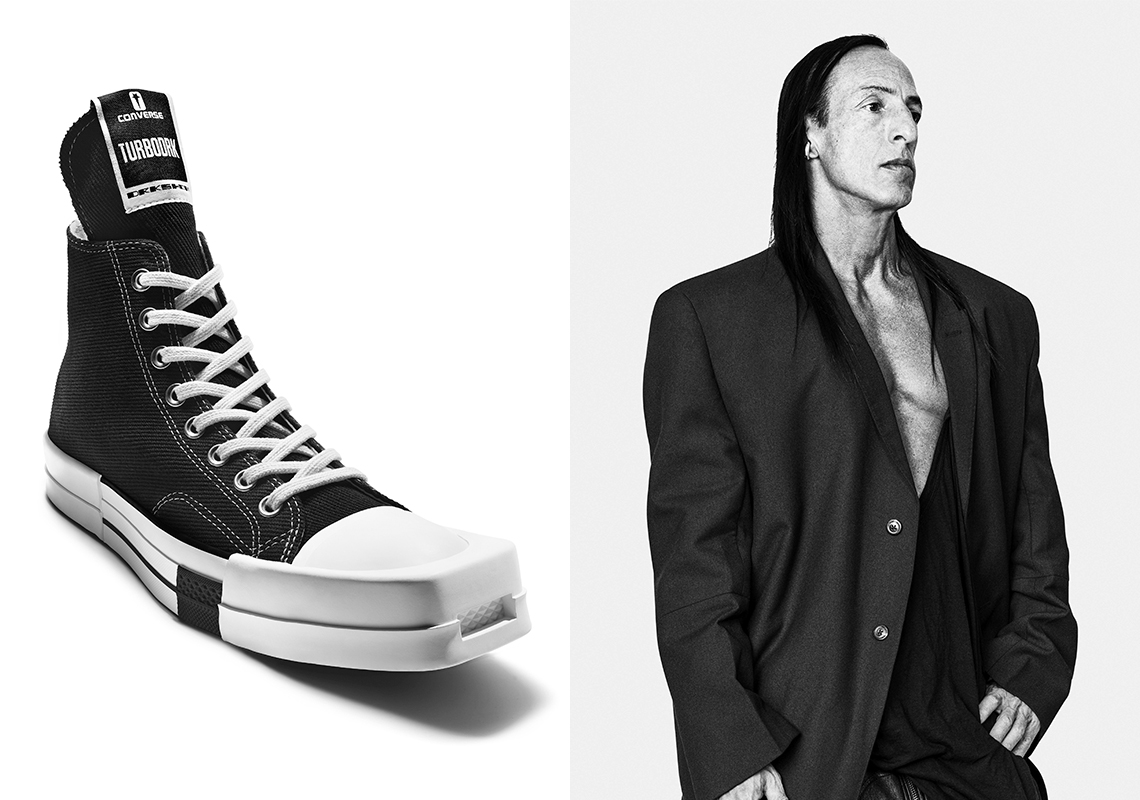 If you’re familiar with Rick Owens, then it’s likely you know about “those Converse shoes,” or Ramones as they’re more accurately called. While the designer originally took inspiration from the Chuck Taylor for the high fashion silhouette, it has since become an icon all its own alongside the cease-and-desist garnering Dunk as well as the Geobasket. But, similar to the latter two, the Ramones are more often enjoyed through a screen, the barrier to entry set high due to the premium price tag.

Here’s where Converse officially steps in. As revealed during the Fall/Winter ’21 show, Owens is now officially teaming up with the Boston-based footwear brand, offering up a DRKSHDW Chuck 70 that is effectively the poor man’s Ramones.

“When I think of Converse, I think of the black and white Chuck Taylors and the punk rock generation. These have always been iconic pillars of my aesthetic,” said Owens. “Wearing Chuck Taylors, you align yourself with a generation that was experimental. There is a confident dynamic to the subculture.”

Dubbed the TURBODRK Chuck 70, the collaborative silhouette boasts a design language true to the Rick Owens ethos. While the general guise of the original shoe is there on the upper, it’s quickly offset adjacent as the tongue is raised to an excessive proportion. The DRKSHDW diffusion’s namesake is then marked atop, complementing the bold-faced co-branding that’s seen just above. Below, the tooling is more aggressively distorted, with the signature toe cap now ending in a square shape commonly used on cowboy boots.

“When I see something ubiquitous, I feel like I want to distort it. I don’t know what that’s about. Maybe it’s some kind of adolescent rage. But that’s one of the greatest appeals of the Chuck Taylor All Star,” said Owens.

Grab a look at the TURBODARK Chuck 70 below. Currently, a release date has not yet been confirmed, but they are guaranteed to release sometime during Fall. 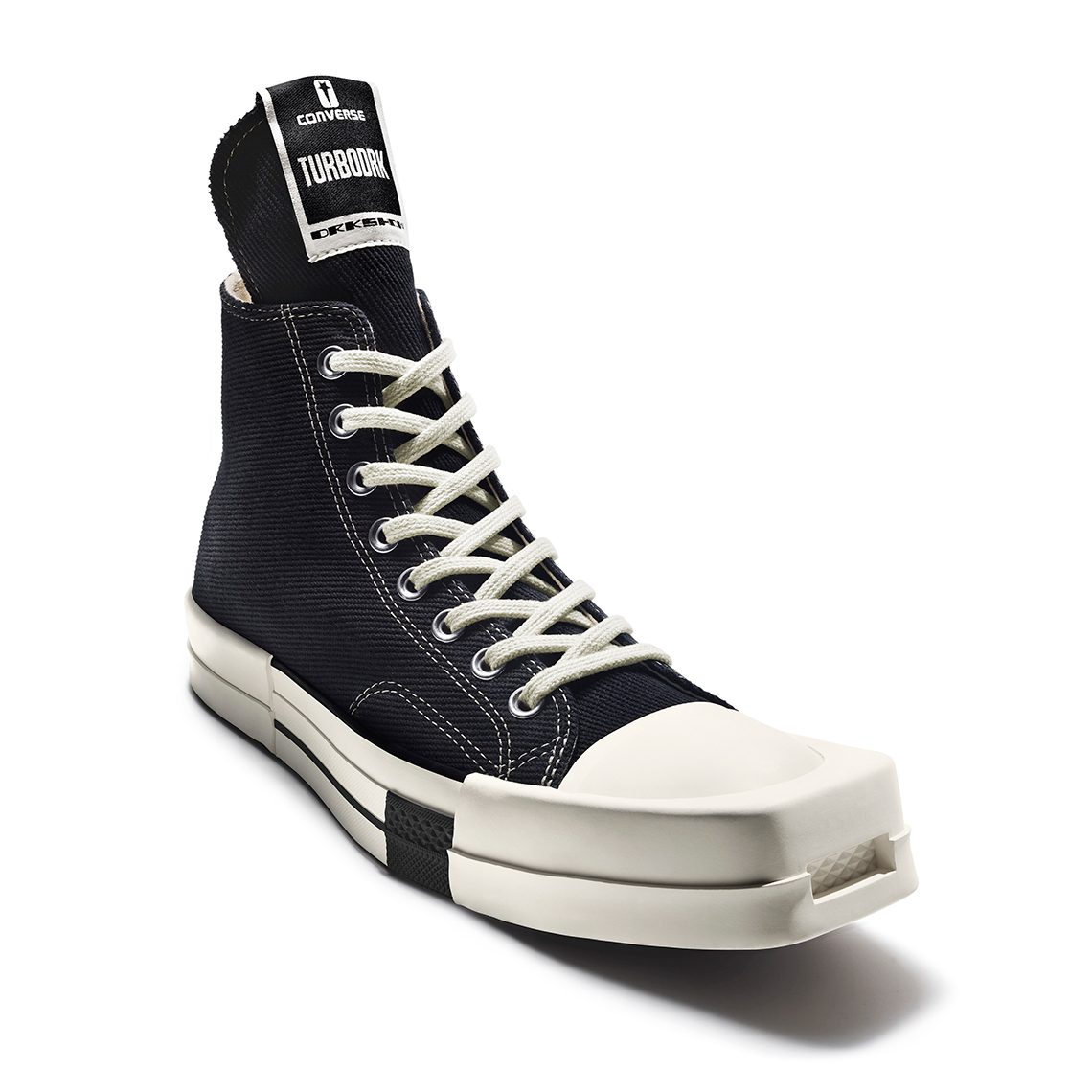 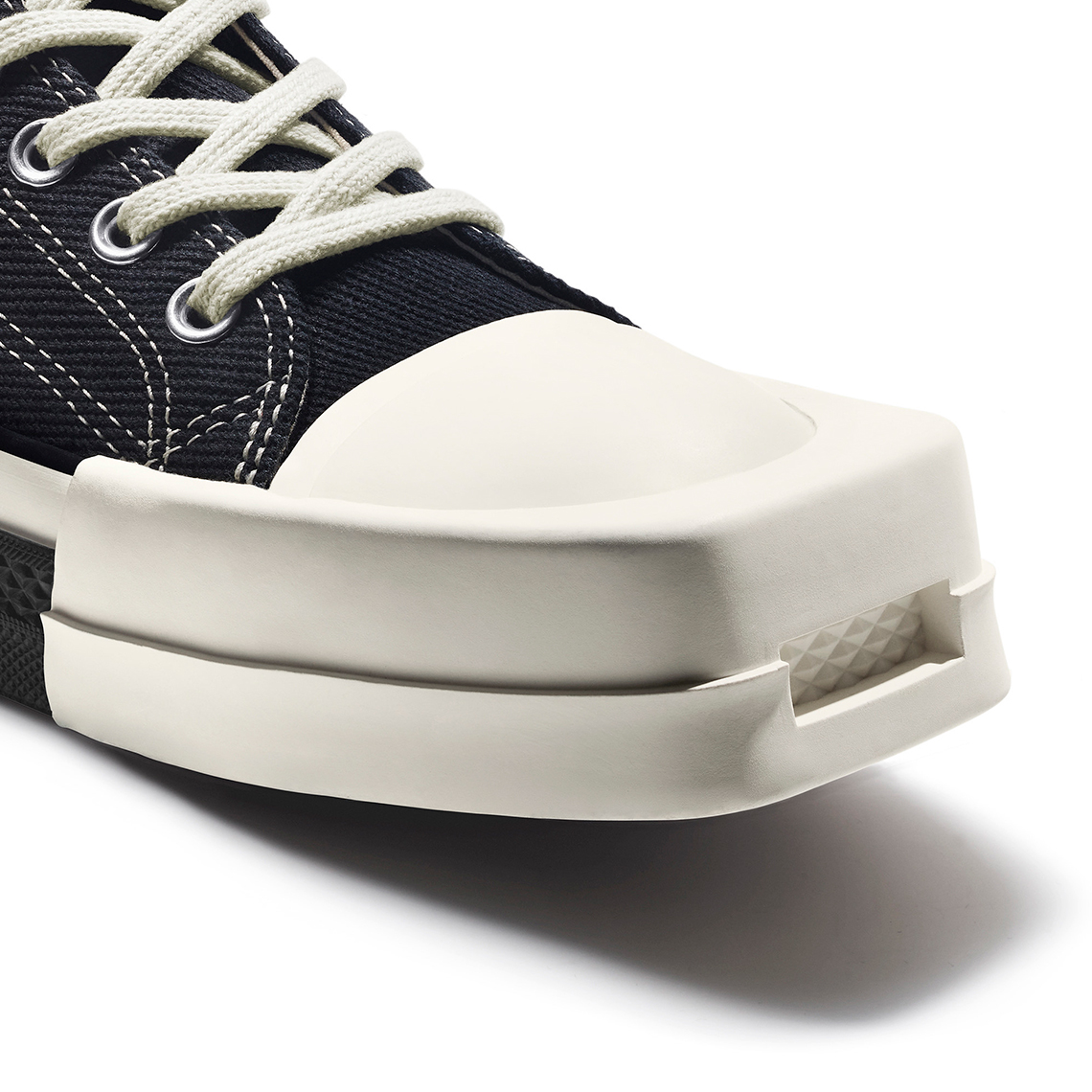 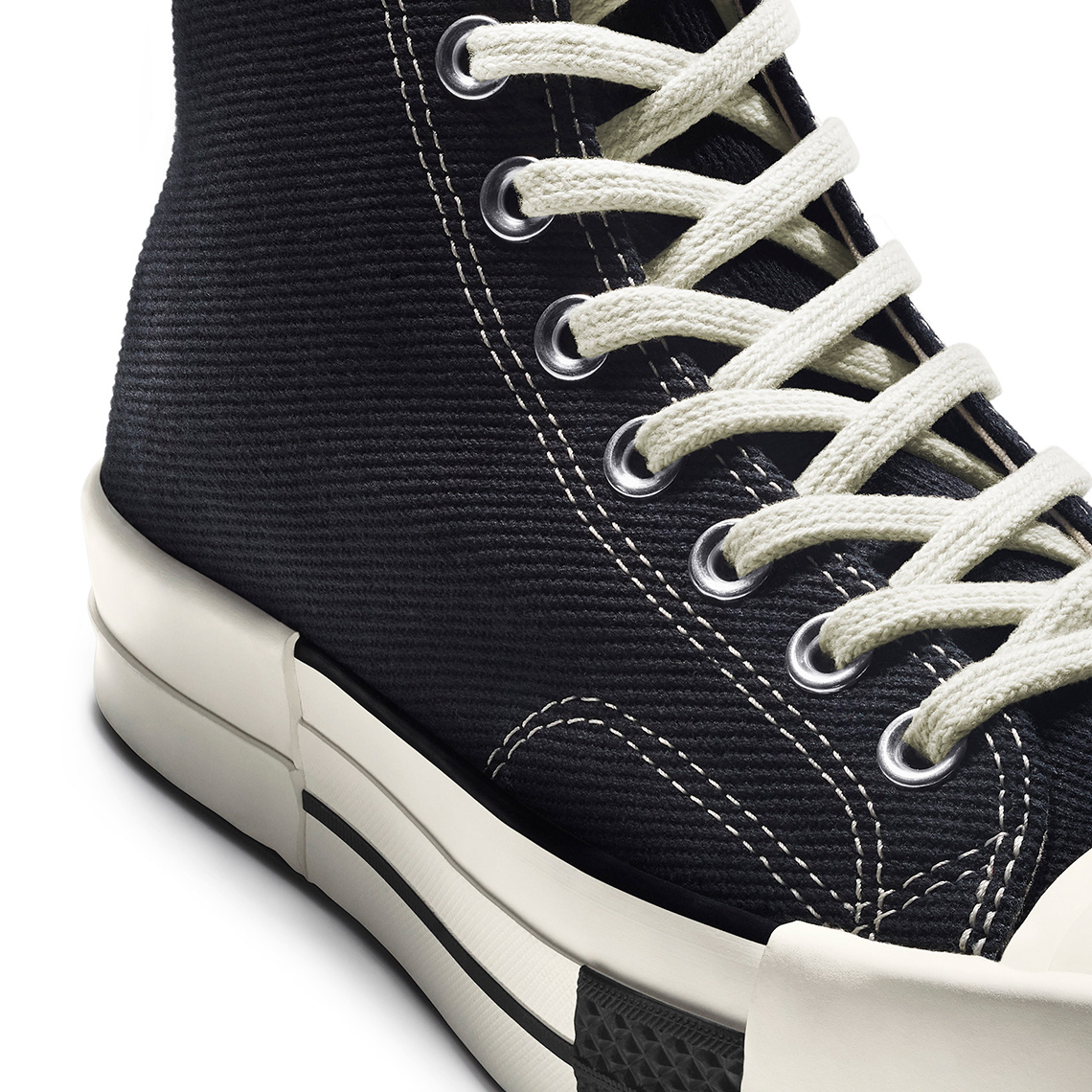 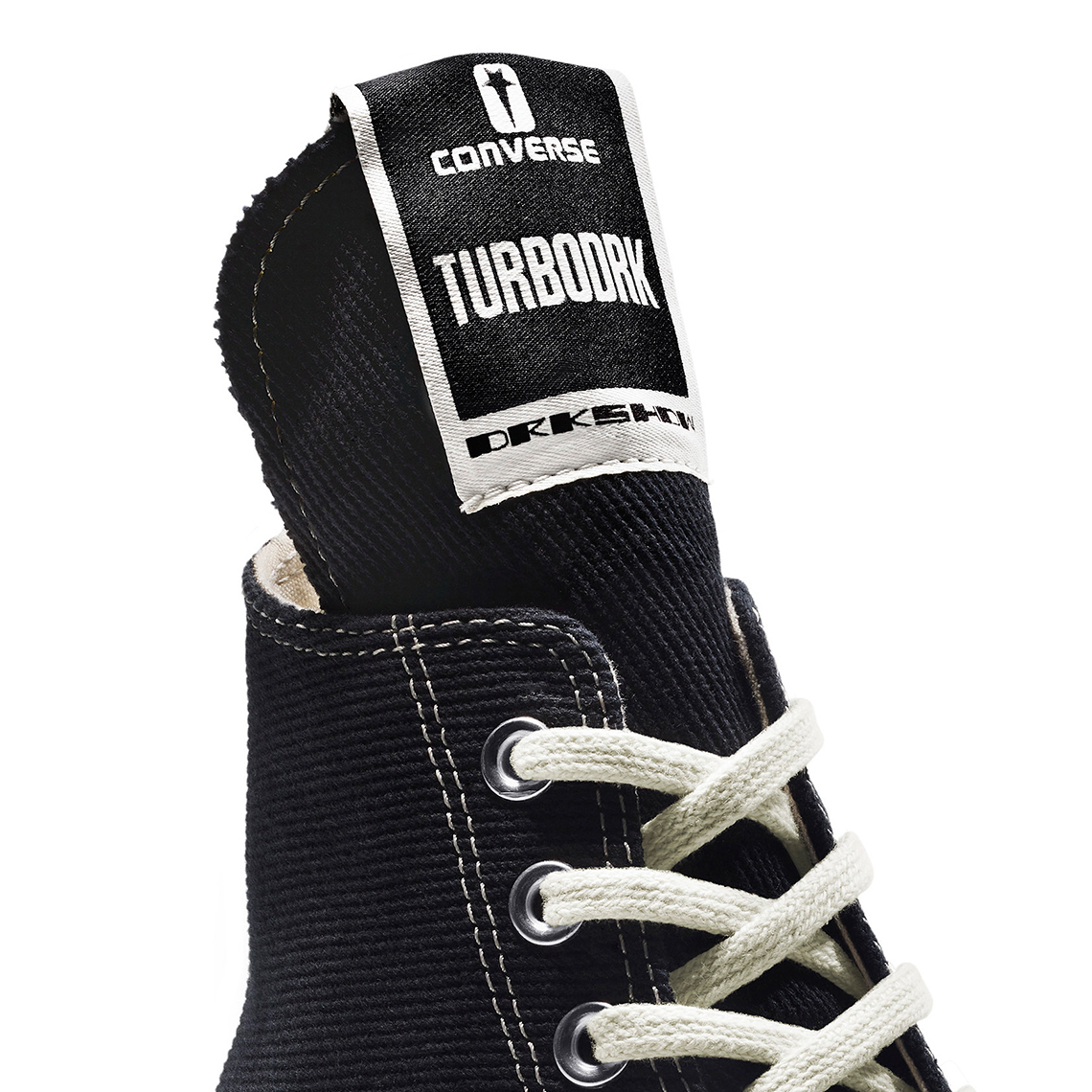