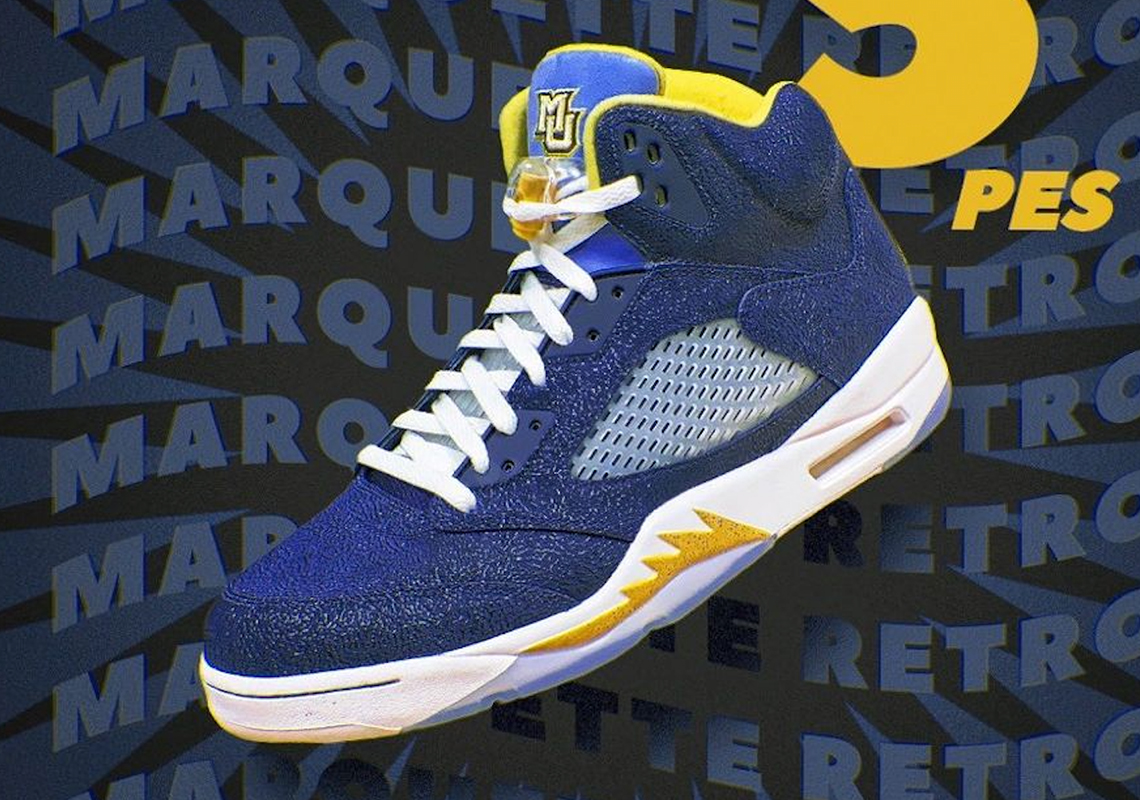 Jordan Brand’s Air Jordan 5 PE for the 2021 circuit has been nothing short of applause-worthy, as their elephant print-clad build with embroidered logos have had Air Jordan aficionados, enthusiasts, collectors, and admirers salivating at the sight of these not-for-resale creations. Thus far, we’ve seen the UNC Tar Heels, Florida Gators, Oklahoma Sooners, and Michigan Wolverines reveal their pairs through social media, and joining later in the game is Marquette, an athletic program that has been associated with the Jumpman since 2009.

It should be noted that Marquette‘s PEs are for the basketball program, whereas the previous schools inferred connections to the football program. This is due to Marquette not having a football program for over half a century. Regardless of the sport, the design concept is consistent as the same elephant print pattern and logo treatment is seen for the Golden Eagles. Check out their official photos ahead. 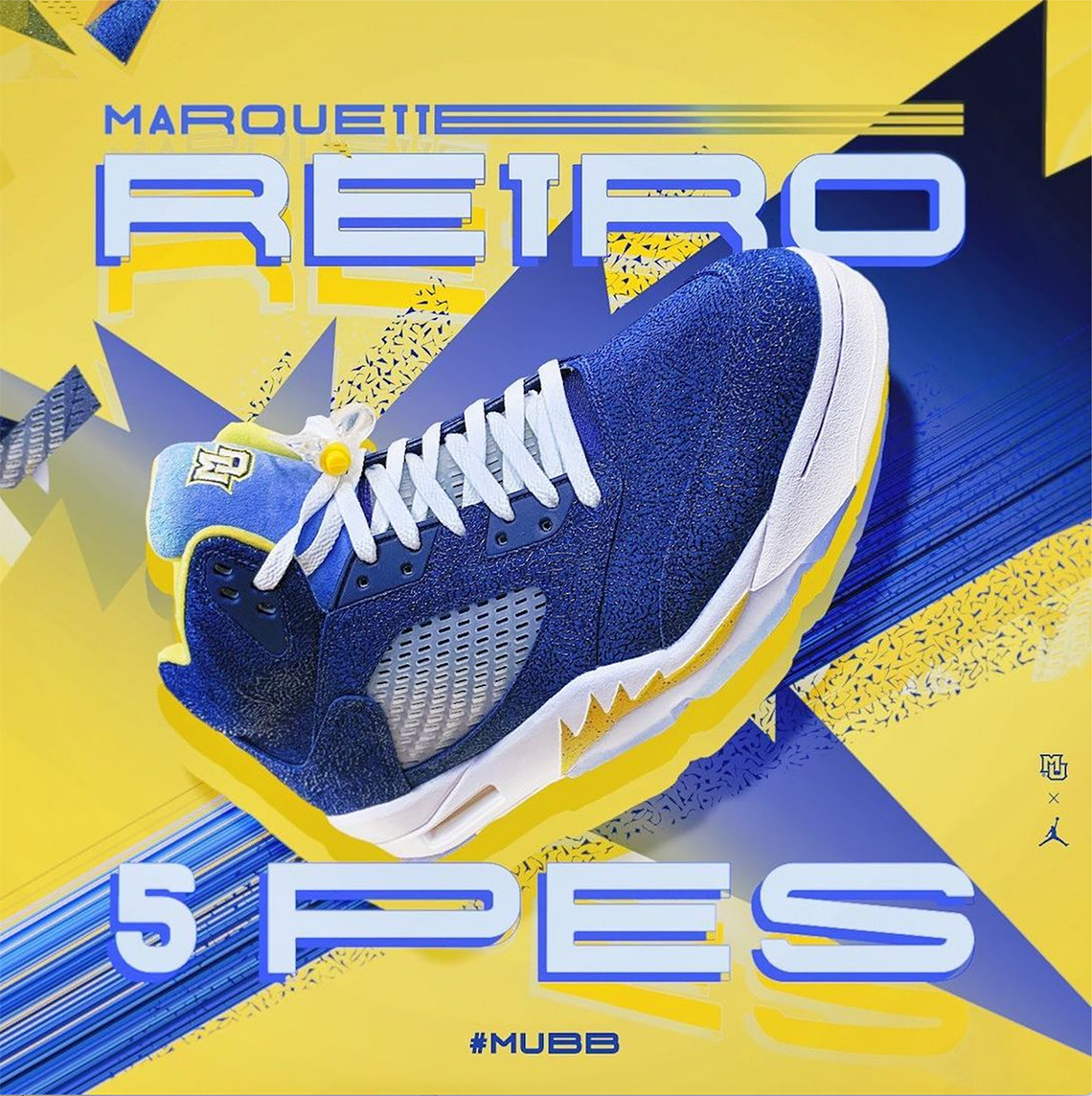 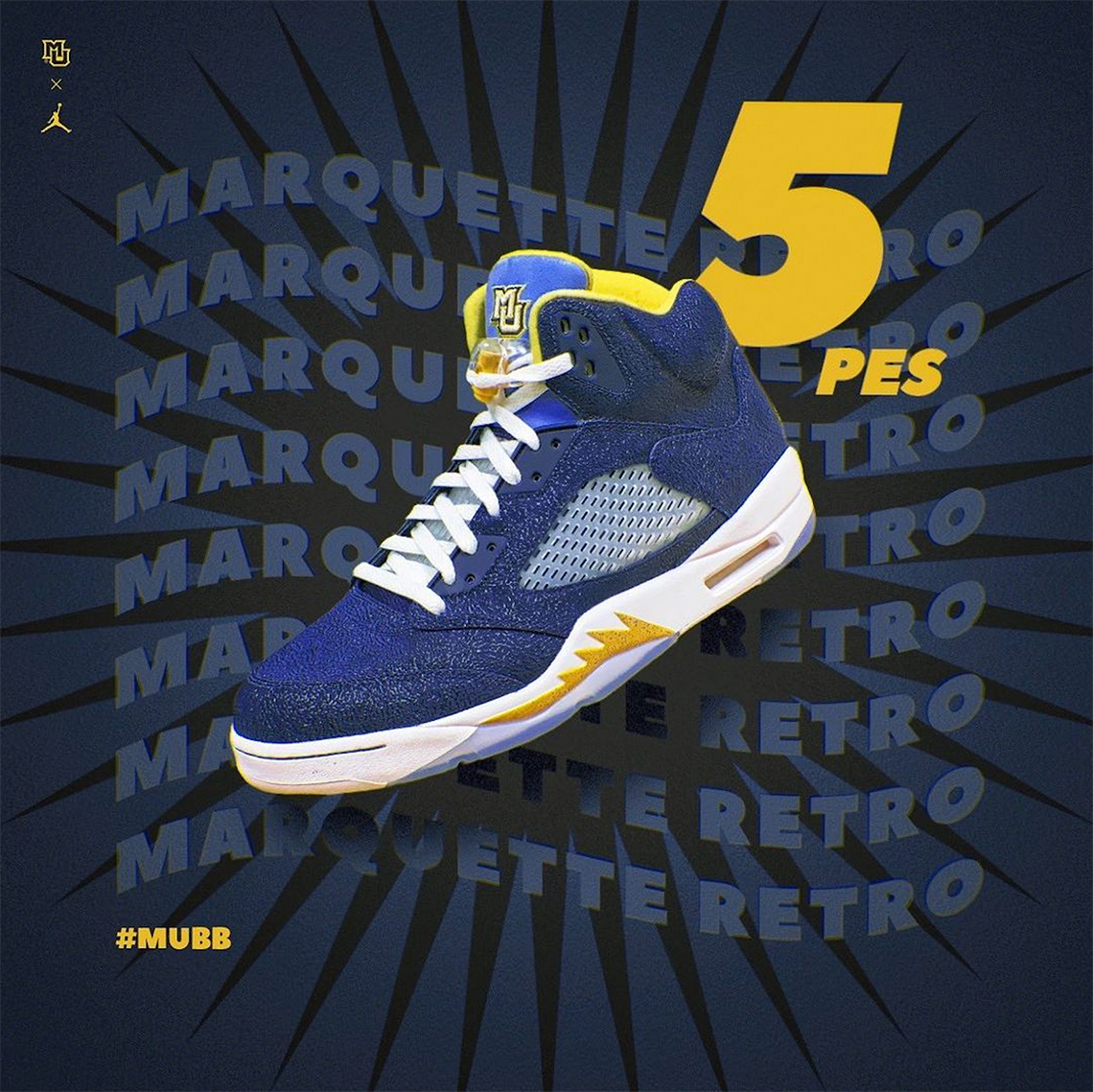