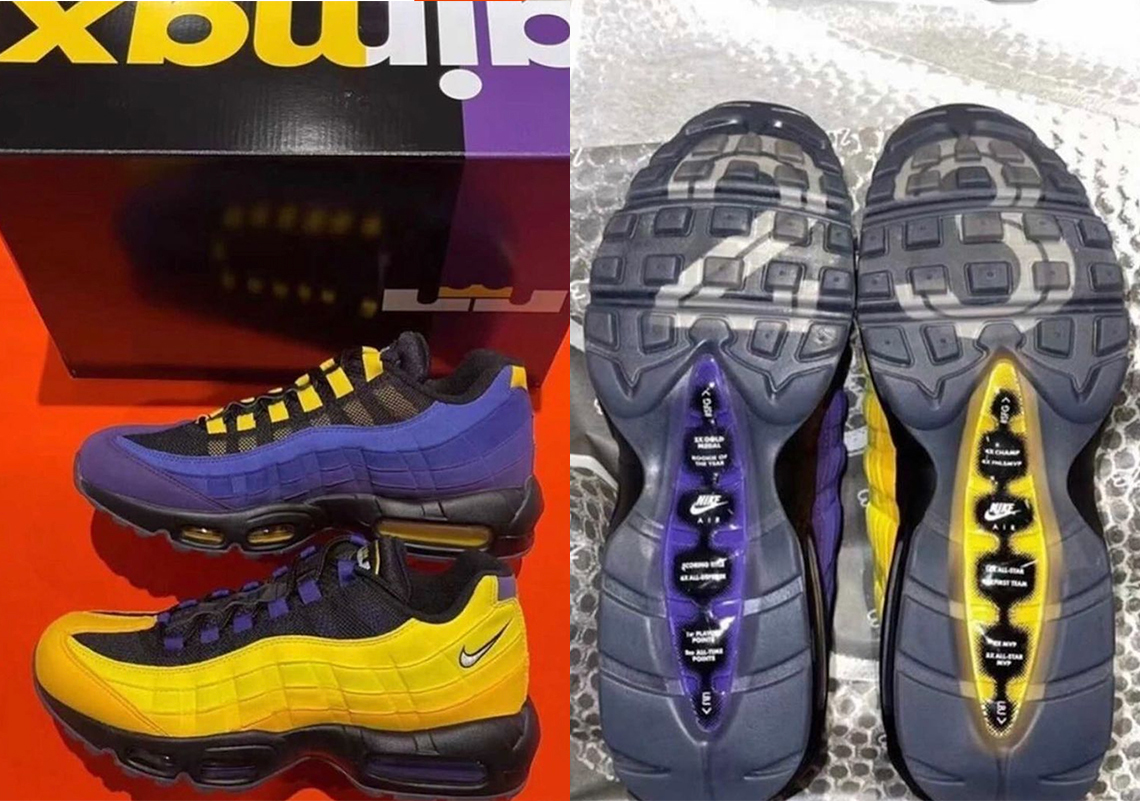 Ahead of LeBron James‘ 17th NBA All-Star appearance, unofficial images of a Nike Air Max 95 in Los Angeles Lakers-friendly colors have surfaced with his career achievements listed on the outsole.

Akin to the Air Jordan 10, the forthcoming take on Sergio Lozano’s design – for which James has publicly shown his admiration throughout the years – features some of the accolades the kid from Akron, Ohio has obtained over 18 seasons in the League. Nods to his number of gold medals from the Olympics and NBA Finals MVP awards replace original PSI figures on the outsoles, and are accompanied by an enlarged “23” split between right and left shoe. Furthermore, each upper is predominantly clad in either “Court Purple” or “Amarillo,” with lace loops, heel tabs and Air Max bubbles donning complementary tones. Packaging for the commemorative pair also indulges in the Lakers’ team colors, as the shoebox boasts a “purple and gold” color scheme accompanied by James signature “LJ” crown logo.

Although the forthcoming sneaker has been believed to be March’s #LeBronWatch release, retailers the likes of Finish Line currently have the shoes listed as launching on March 30th.

For more from NIKE, Inc., check out all confirmed Jordan release dates. 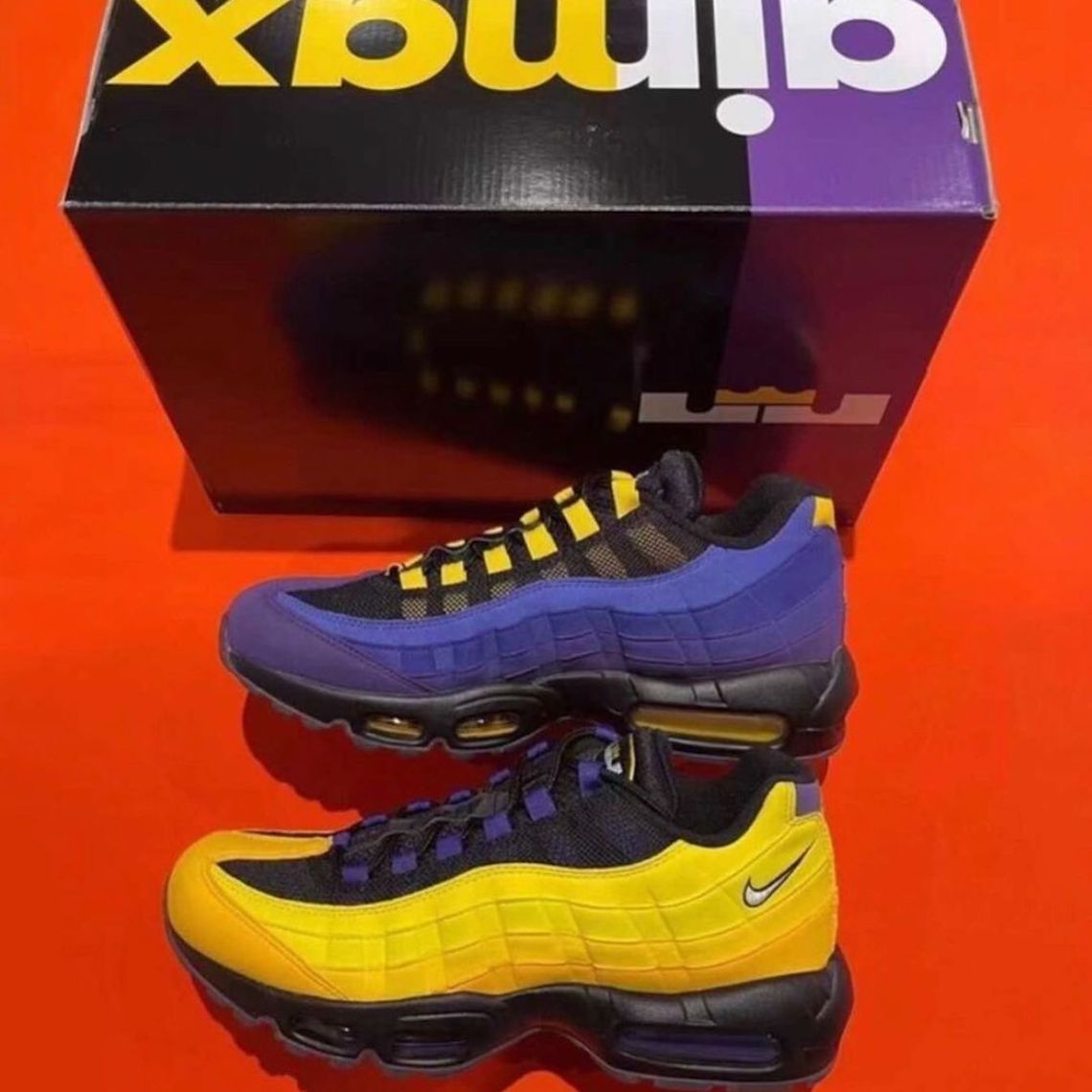 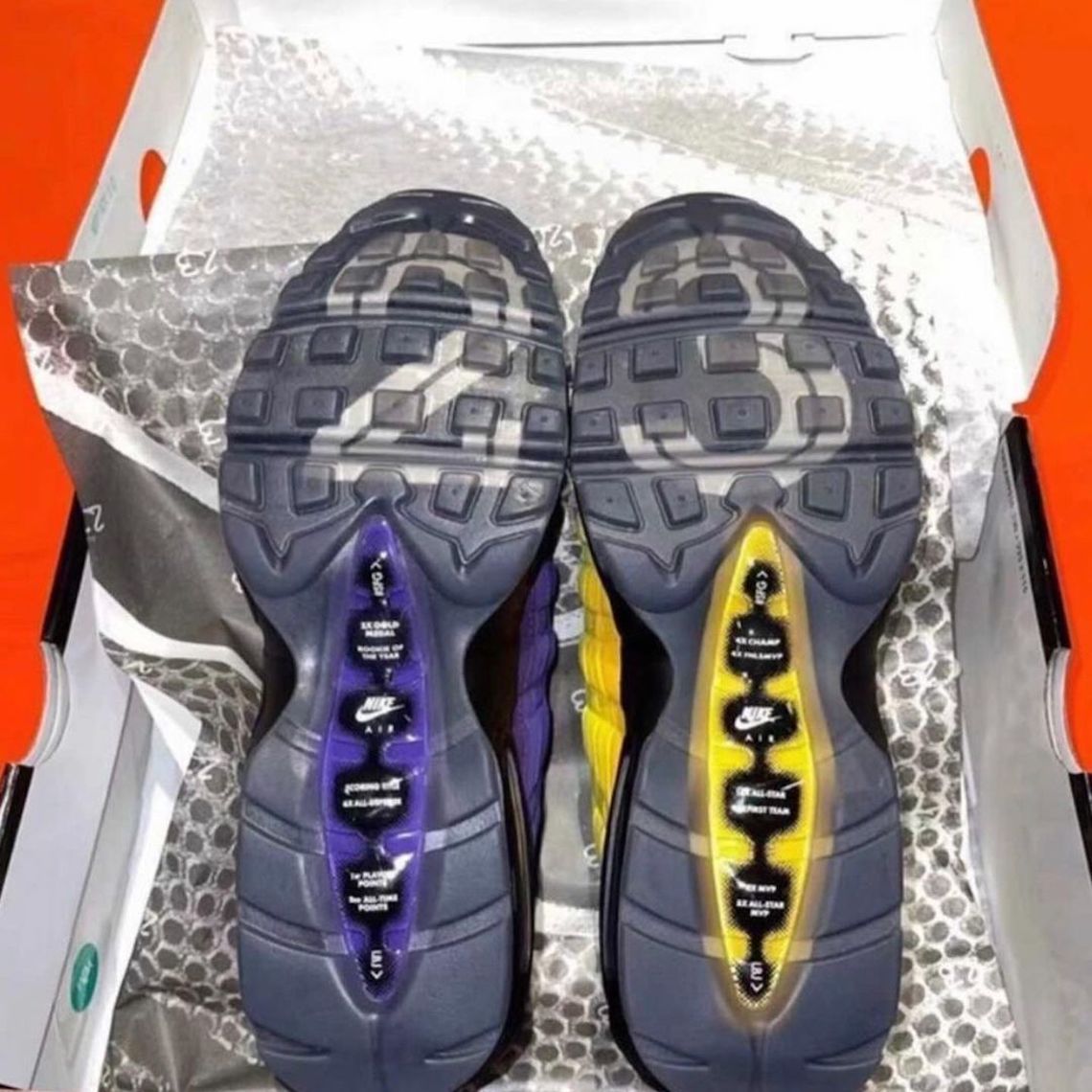 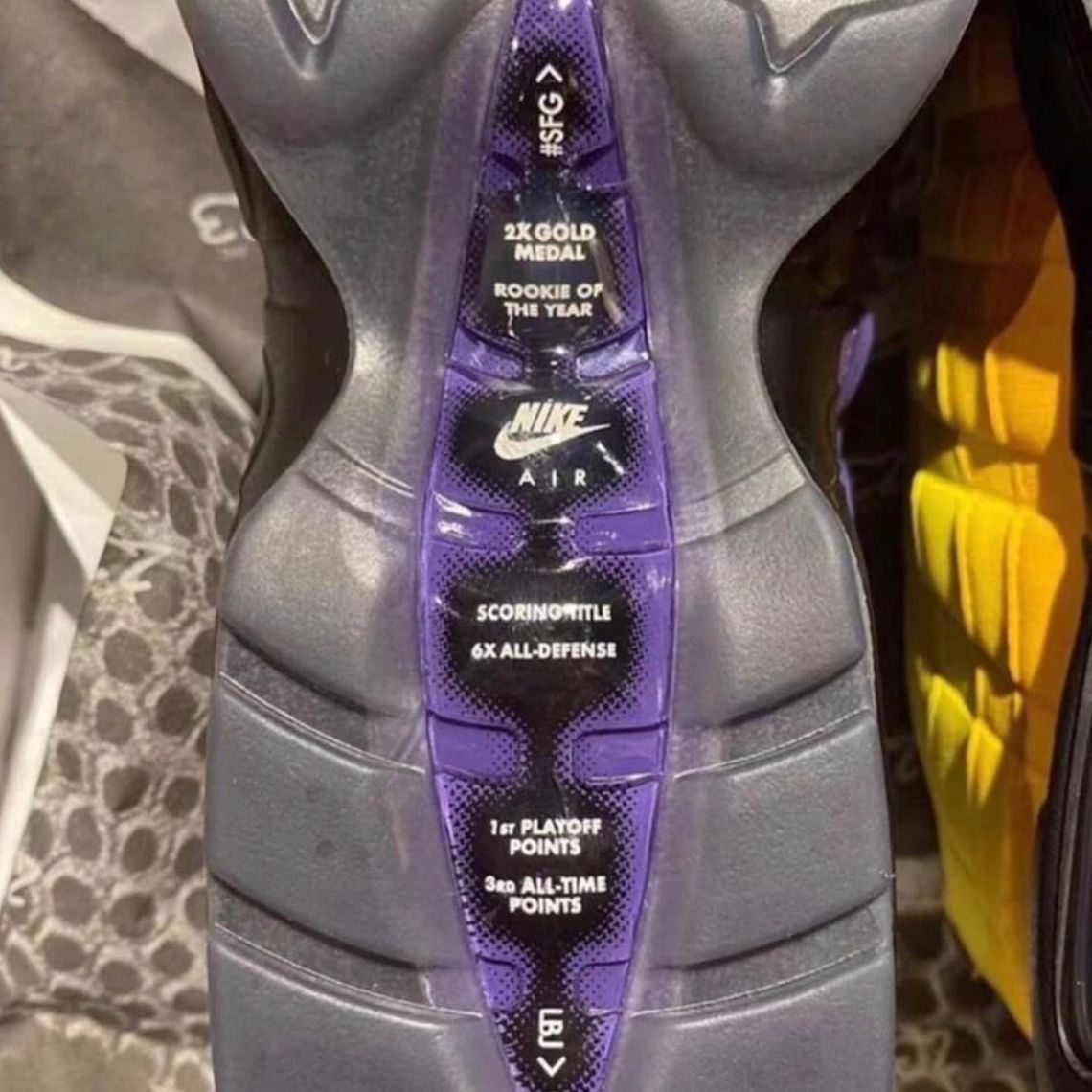 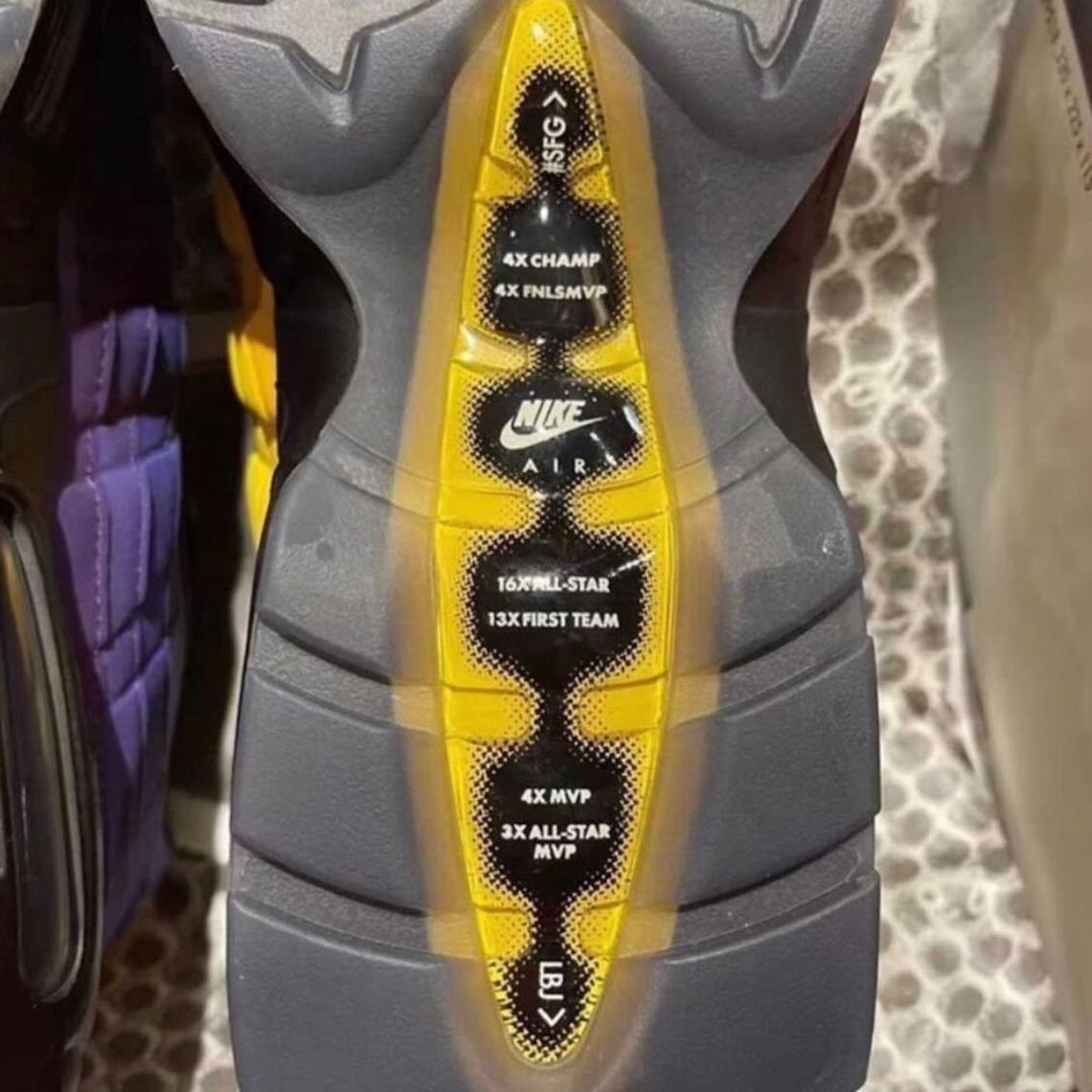