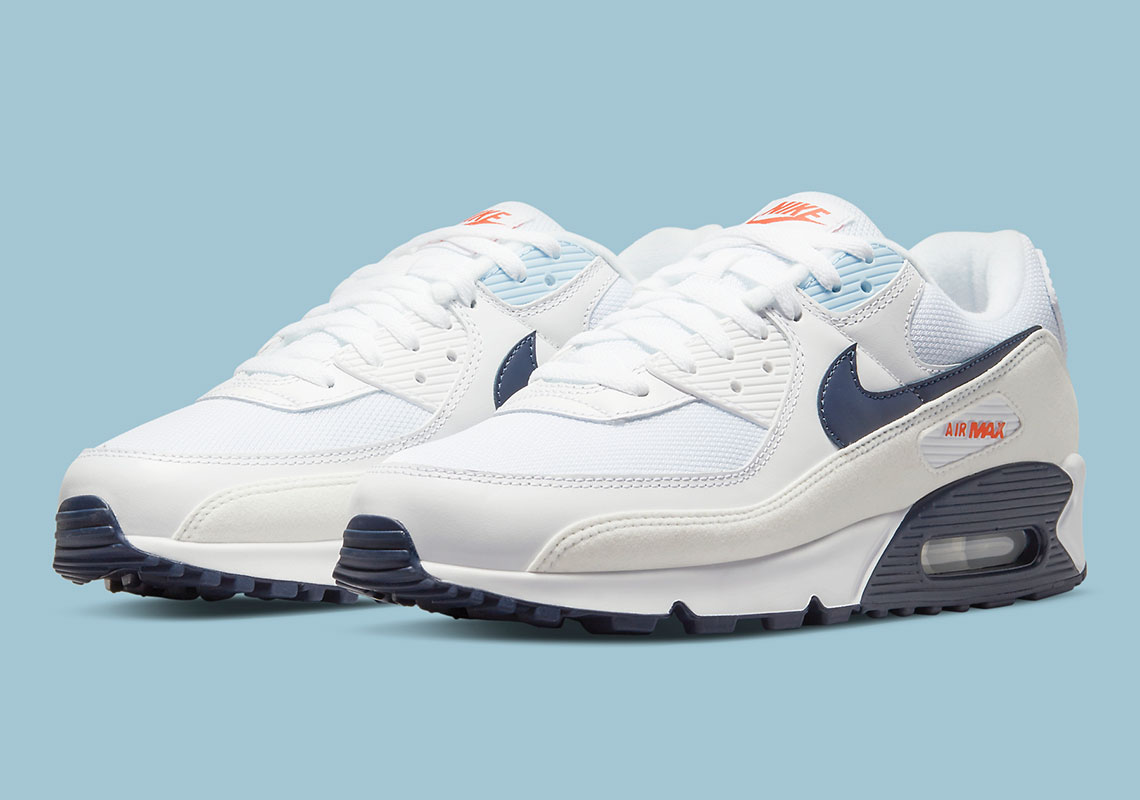 Take away the handful of recognizable Nike Air Max 90 colorways and the silhouette is still left with an impressive roster of arrangements. Based on all that has recently emerged from this Max Air model, the Swoosh’s design team seems to be on a minimalist kick, opting for neutral tones that are paired with other soft hues or the slightest touches of vivid brights. By using dark navy accents, an upcoming pair shies away from this concept yet still proves to be a wearable option.

This new style flaunts stark white meshes and leathers for its base. Navy blue colors the side Swooshes, Air cassette, and outsole while light blue touches the TPU eyestays and branding on the heel tab. The usual leather mudguard opts for a materials swap, as it now showcases a fleece-like texture, following another recent trend for Air Max 90s that entails adding premium details to new designs. Unexpected hits of Crimson on the logos found on the tongue and mudguard round out the look without overpowering the rest of the aforementioned cool tones.

Check out images of the Air Max 90 below as you sight tight for its arrival at Nike.com, which will come with a retail price of $120.

In other Swoosh-related news, the Nike Air Presto is releasing a clean, white and red offering. 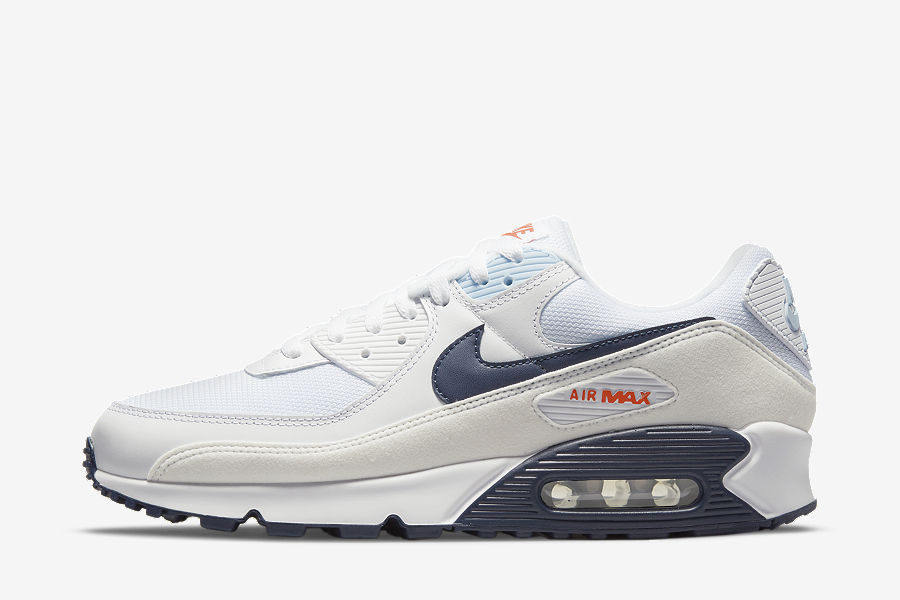 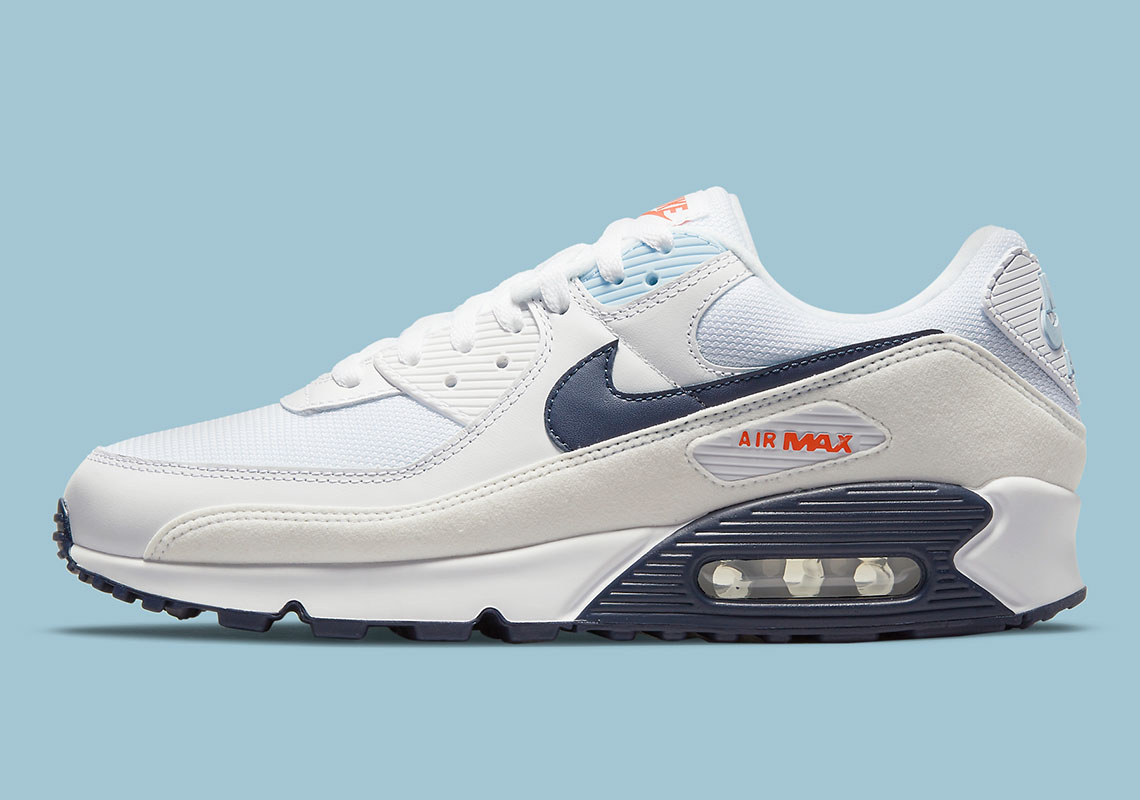 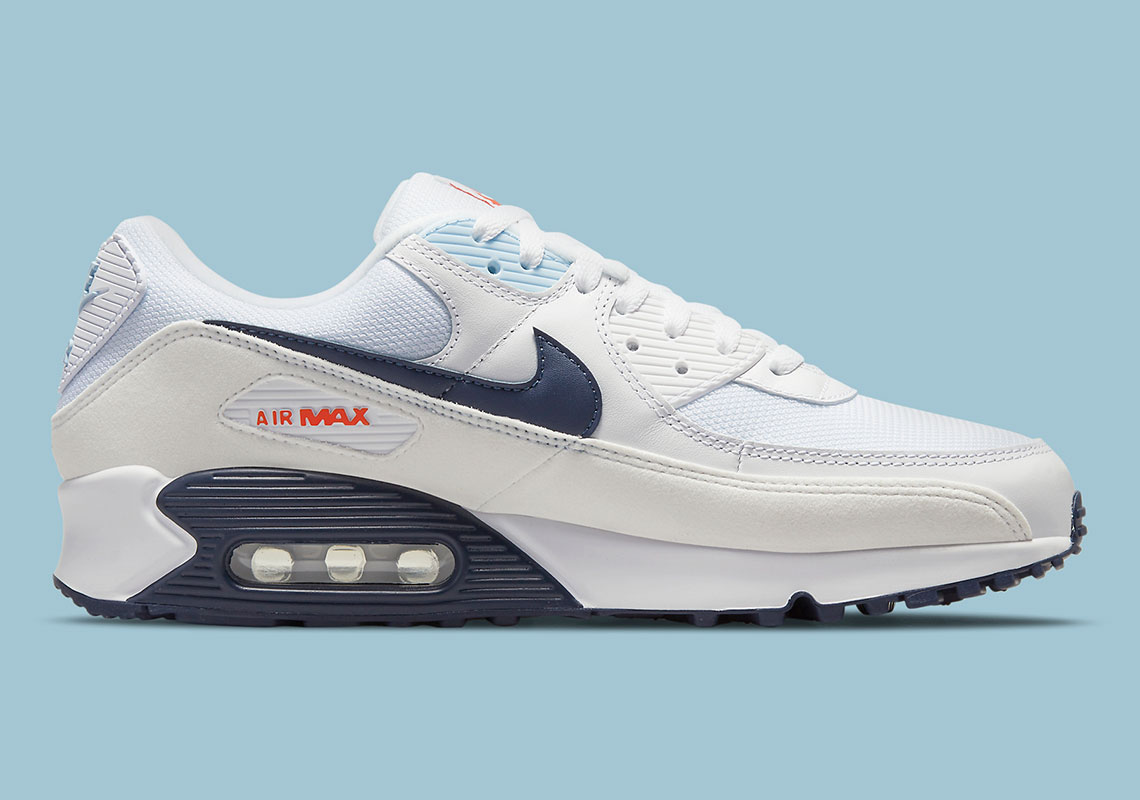 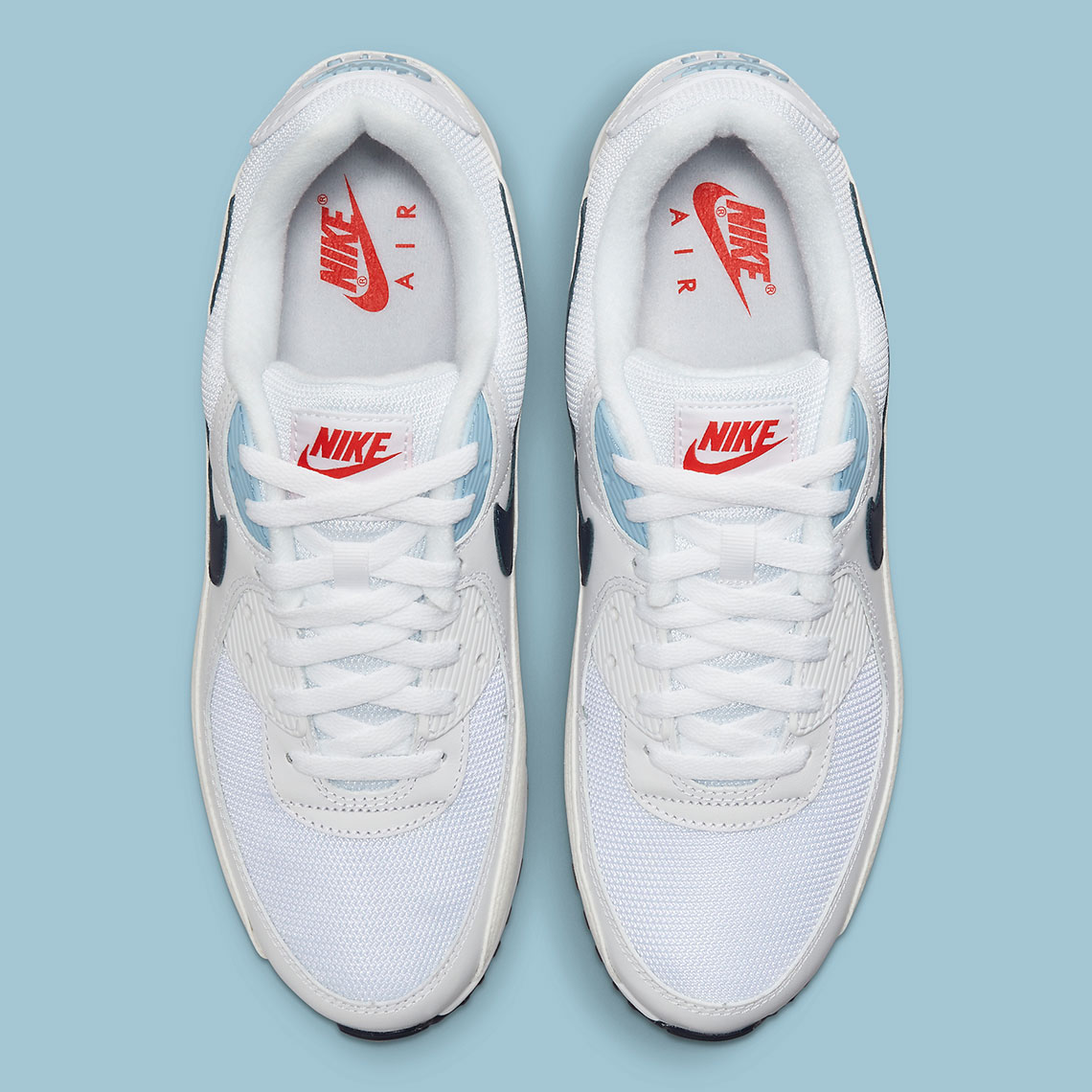 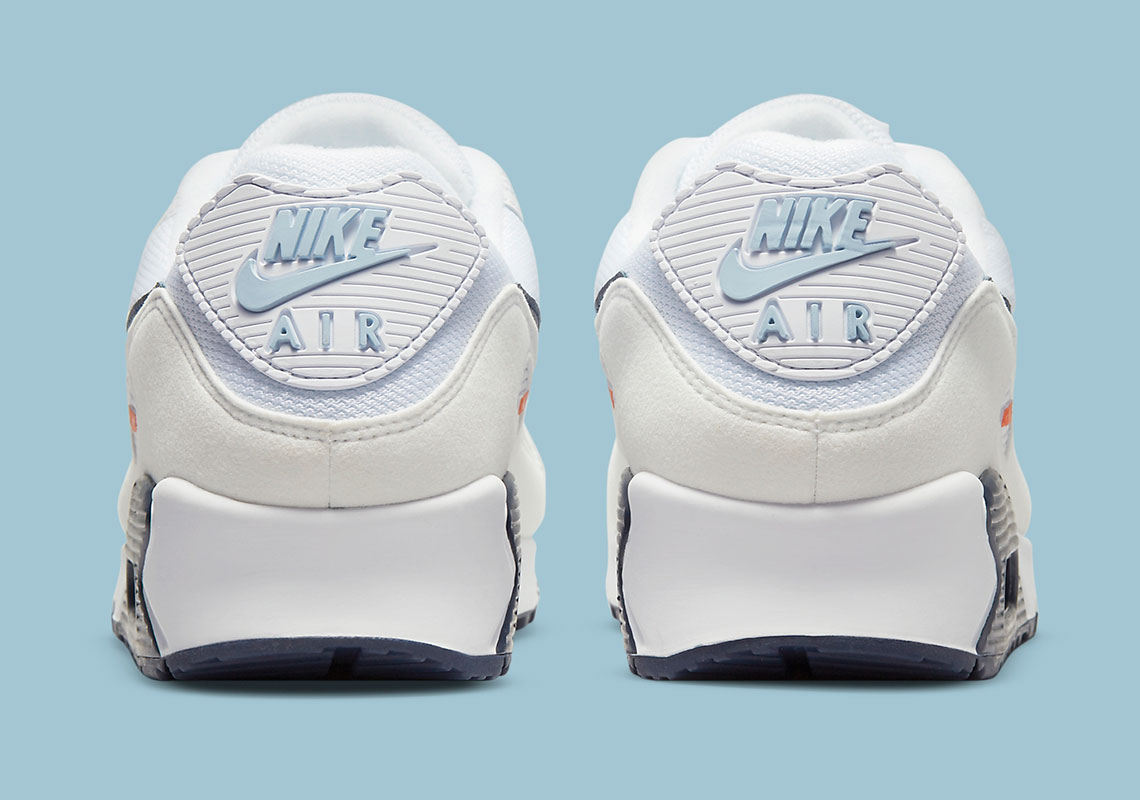 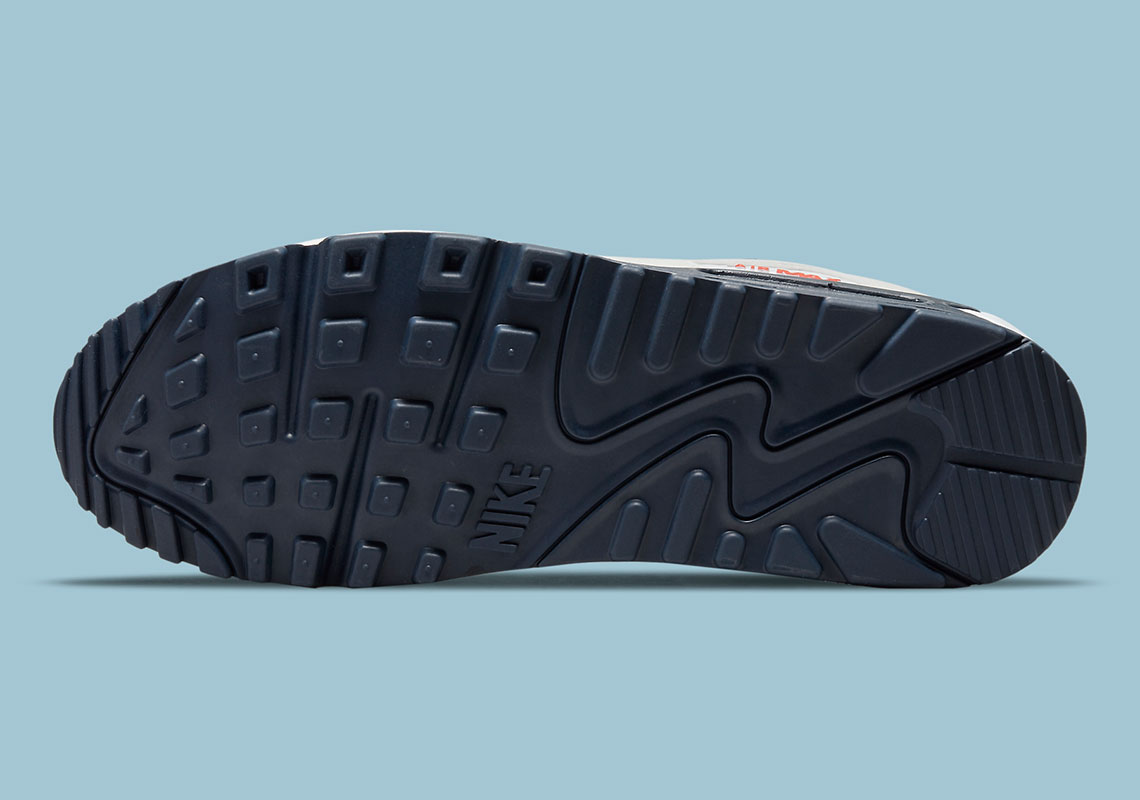 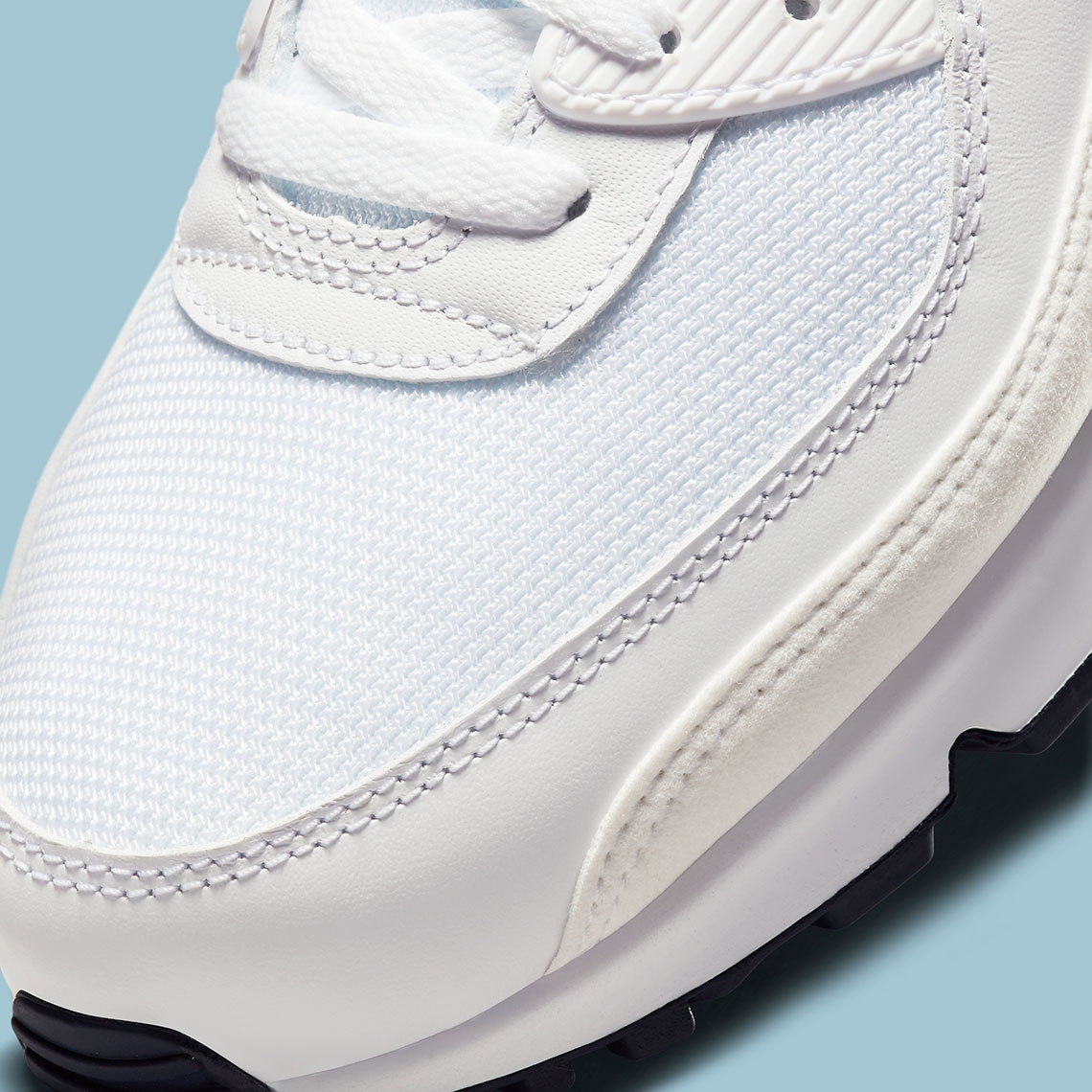 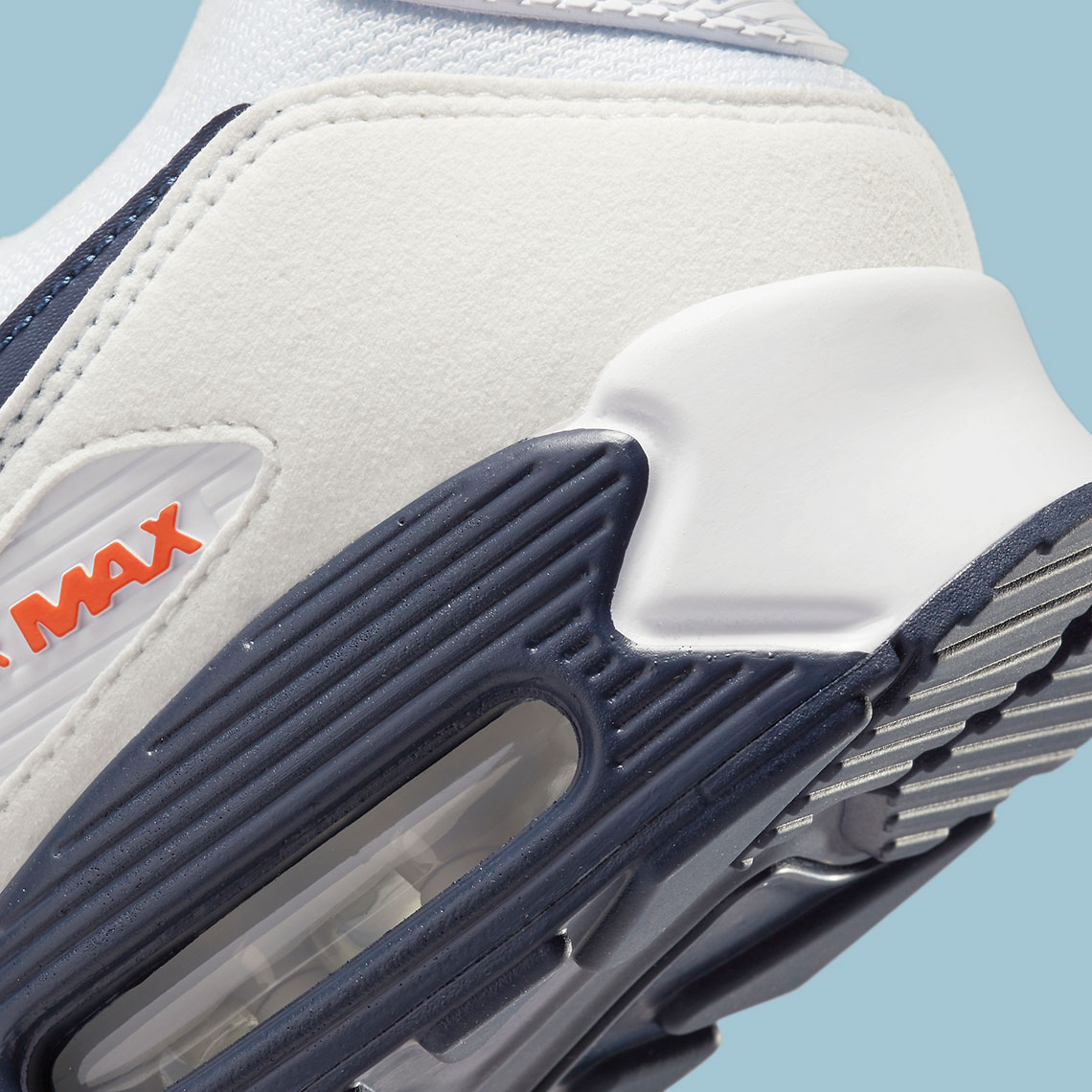