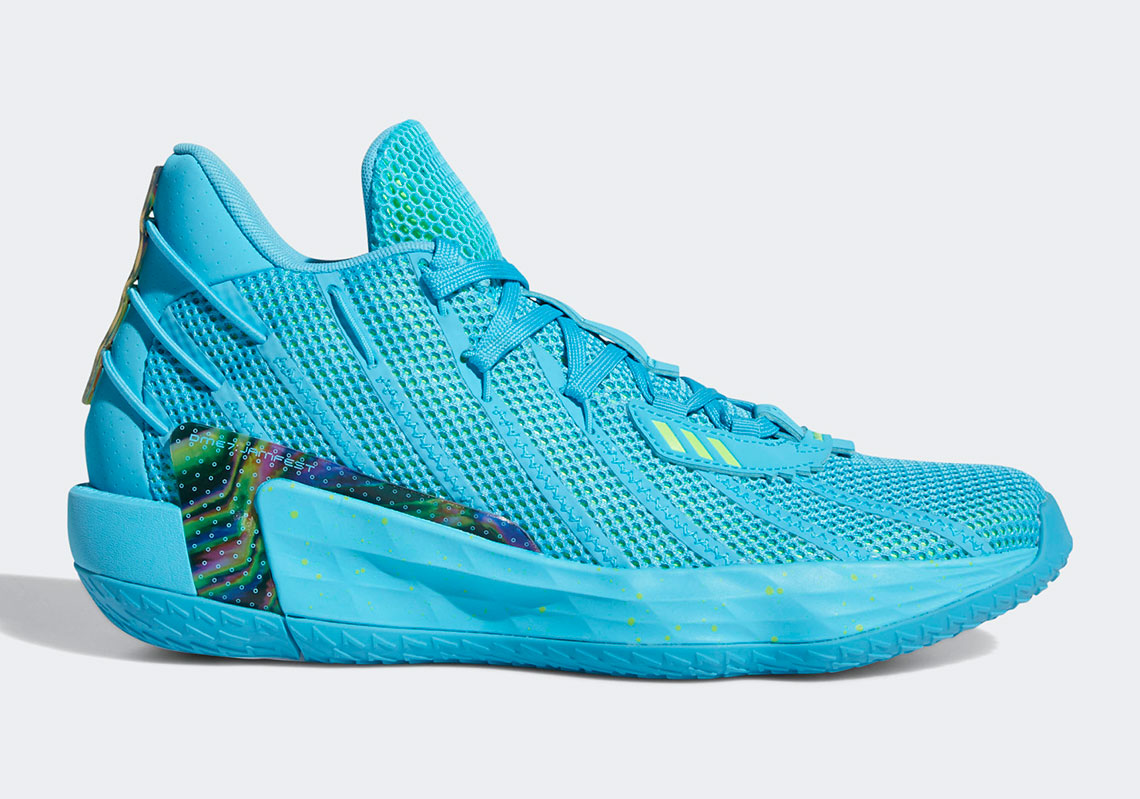 Although PC gaming and advanced consoles are all the rage these days, there is still much room for nostalgia over clunky handheld devices and low-quality displays stuck in the ’90s. Damian Lillard even references the retro basketball video game “JamFest” in multiple adidas signature sneakers with the likes of the Dame 5 and Dame 6. Lillard reprises the LCD display game on his seventh signature shoe via a Signal Cyan arrangement.

The perforated textile uppers of the new Dame 7 are completely drenched in a Signal Cyan while revealing a Team Solar Green body underneath—presenting a color combo similar to that applied to the aforementioned Dame 6. The Lightstrike-cushioned midsole also opts the same bright blue for a near tonal look. Holographic plates found on the heel and hindfoot distinguishes this pair from other JamFest-inspired releases, while also conveying the scanlines of the early ’90s video game. To round out the bold look, “JAMFEST” is emblazoned underfoot in a vibrant Team Shock Pink.

Take a closer look at the Dame 7 below while waiting for the pair to hit adidas.com on April 17th with a price tag of $110.

In other adidas Basketball news, the Harden Vol. 5 has been spotted with polka-dotted uppers. 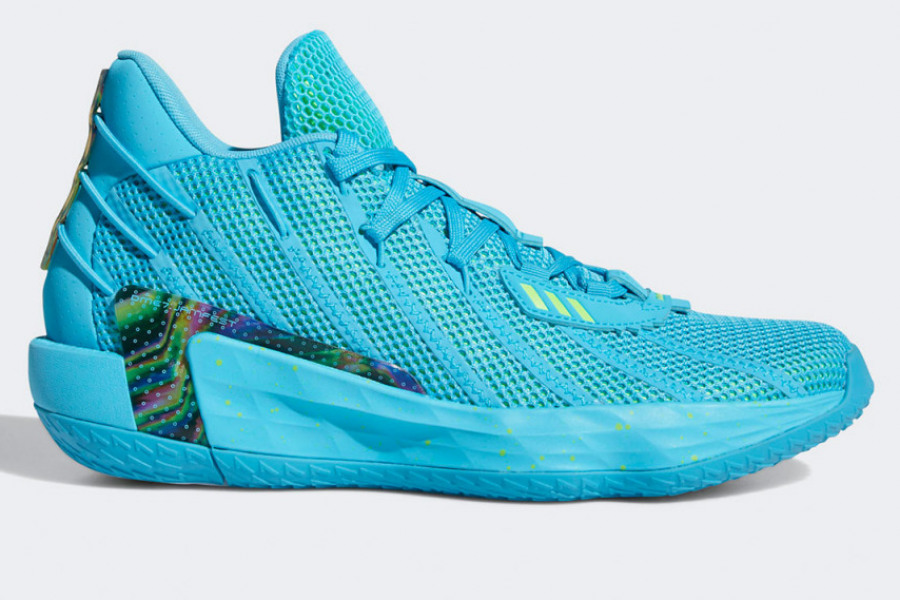 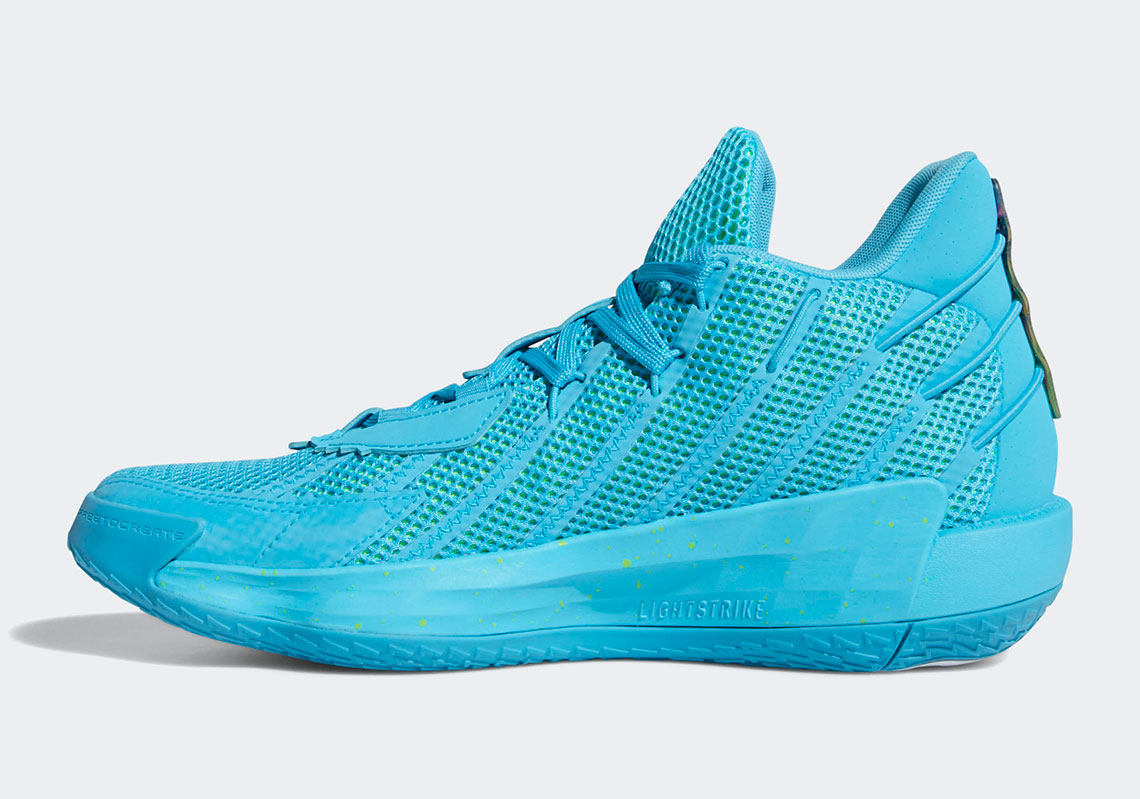 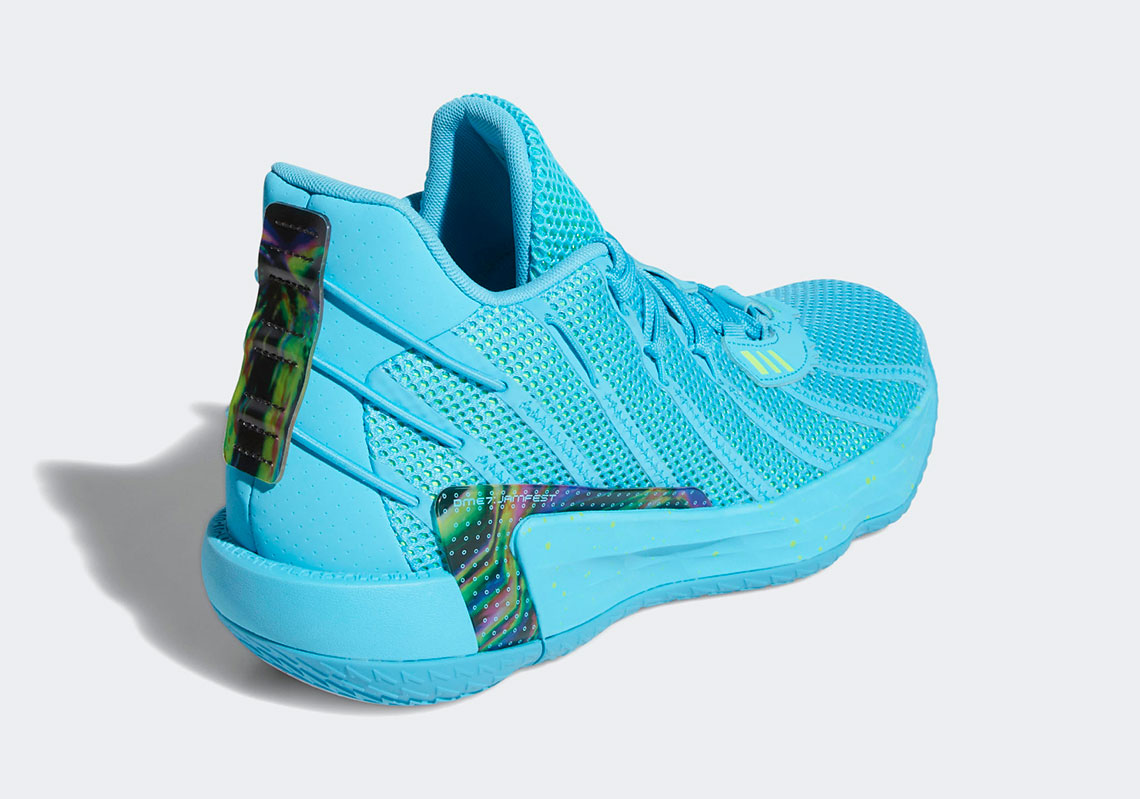 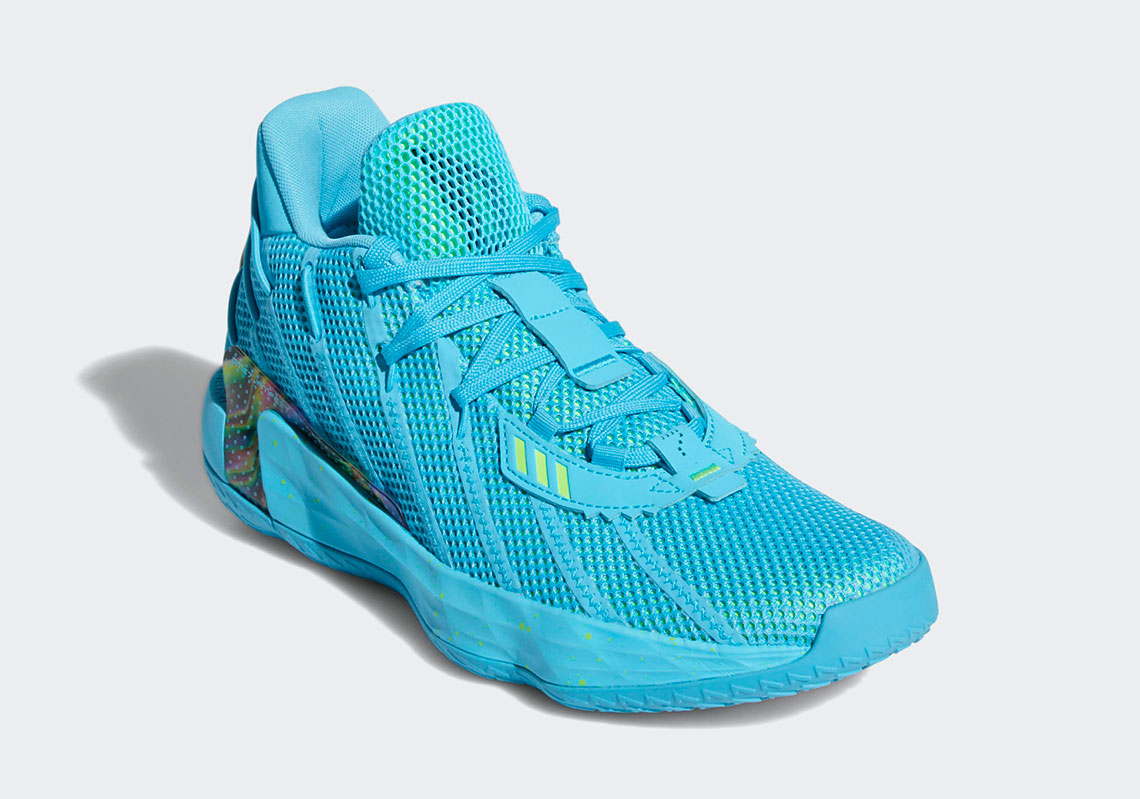 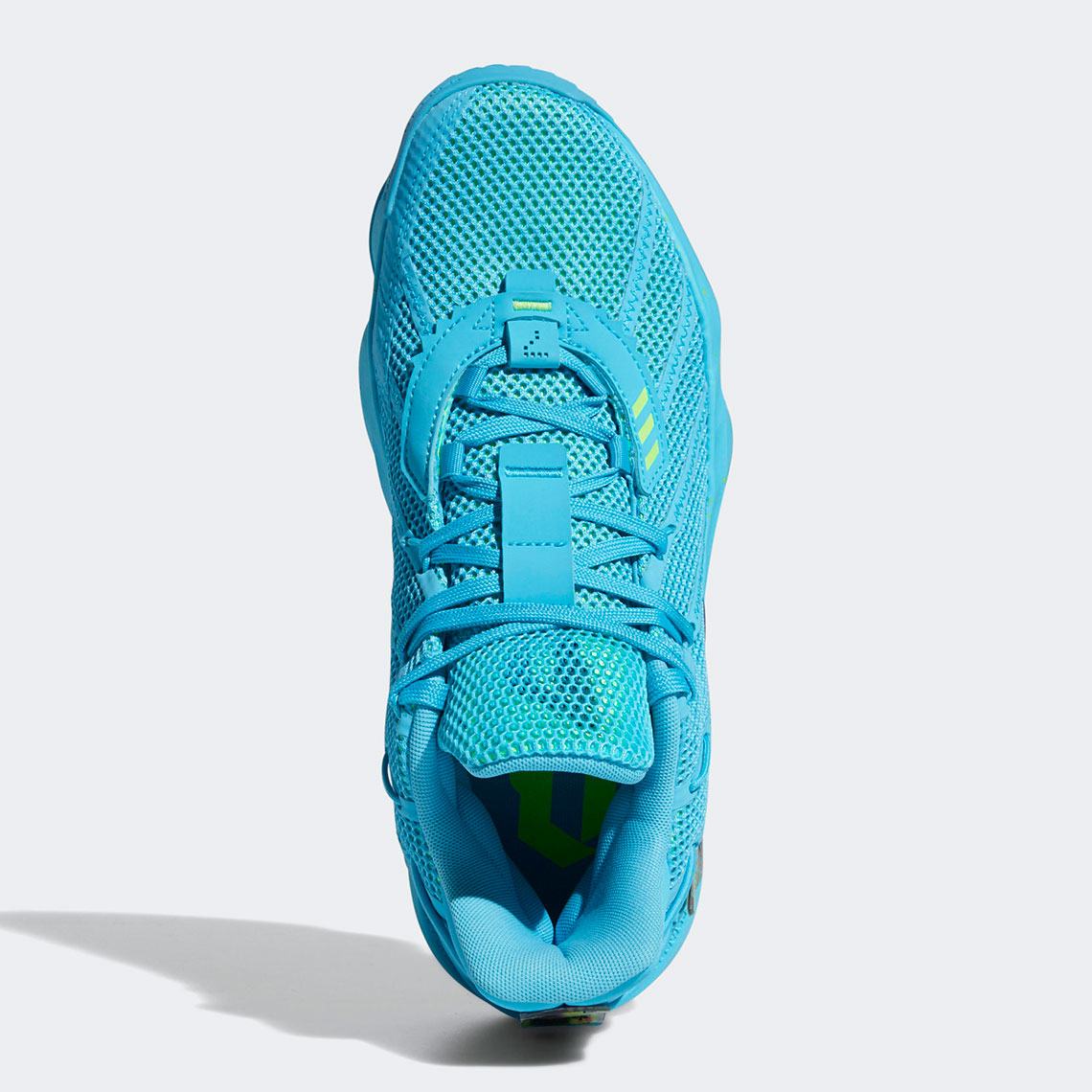 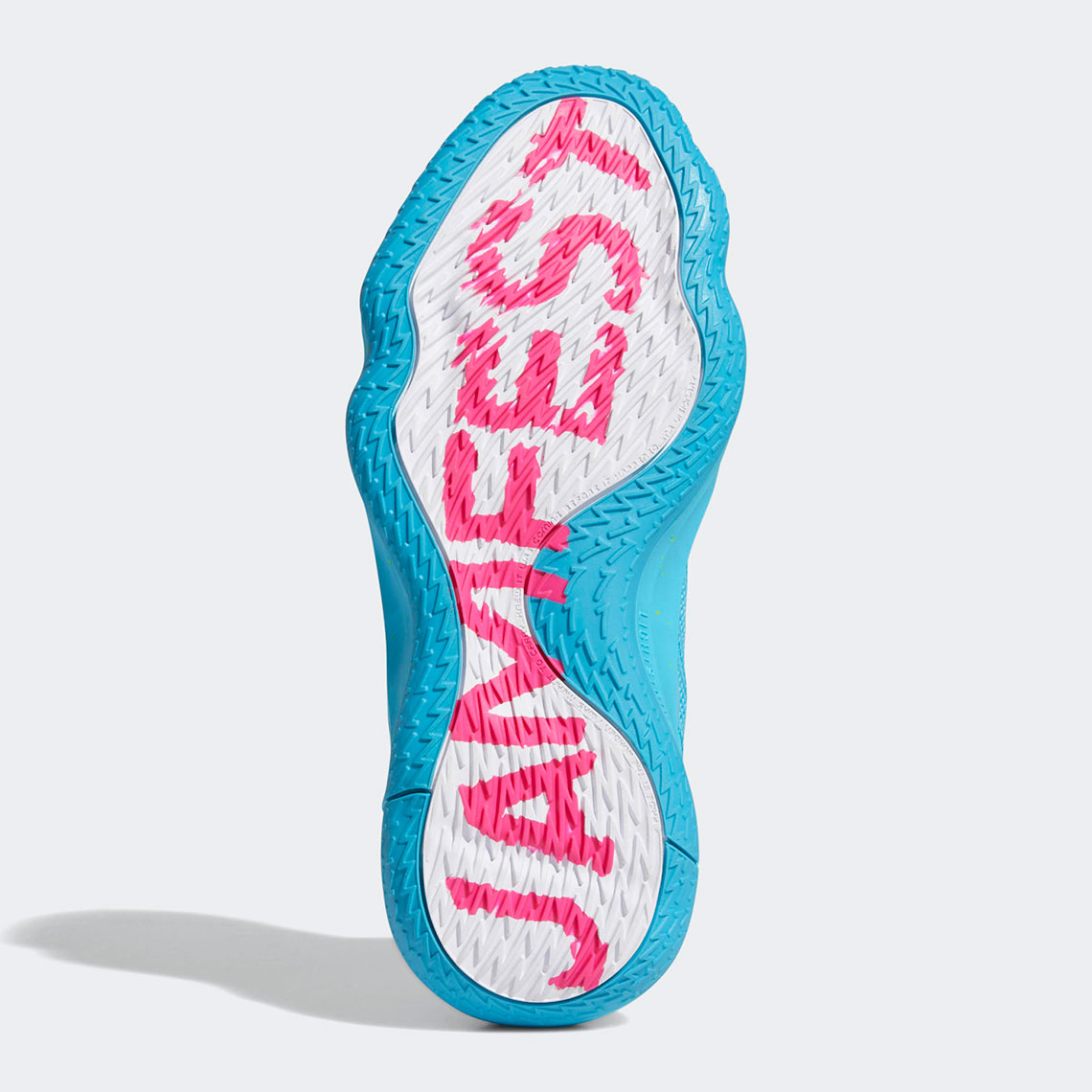 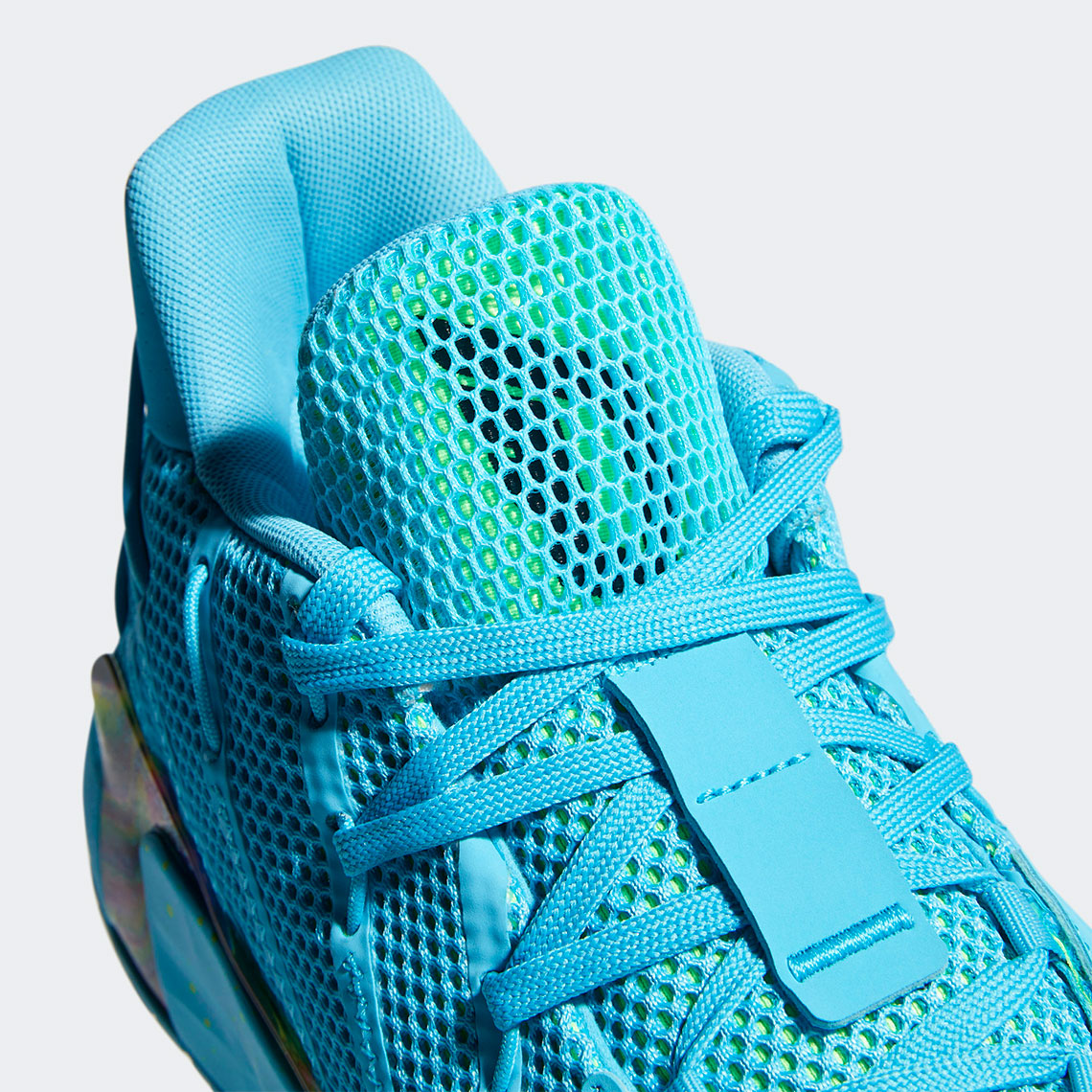 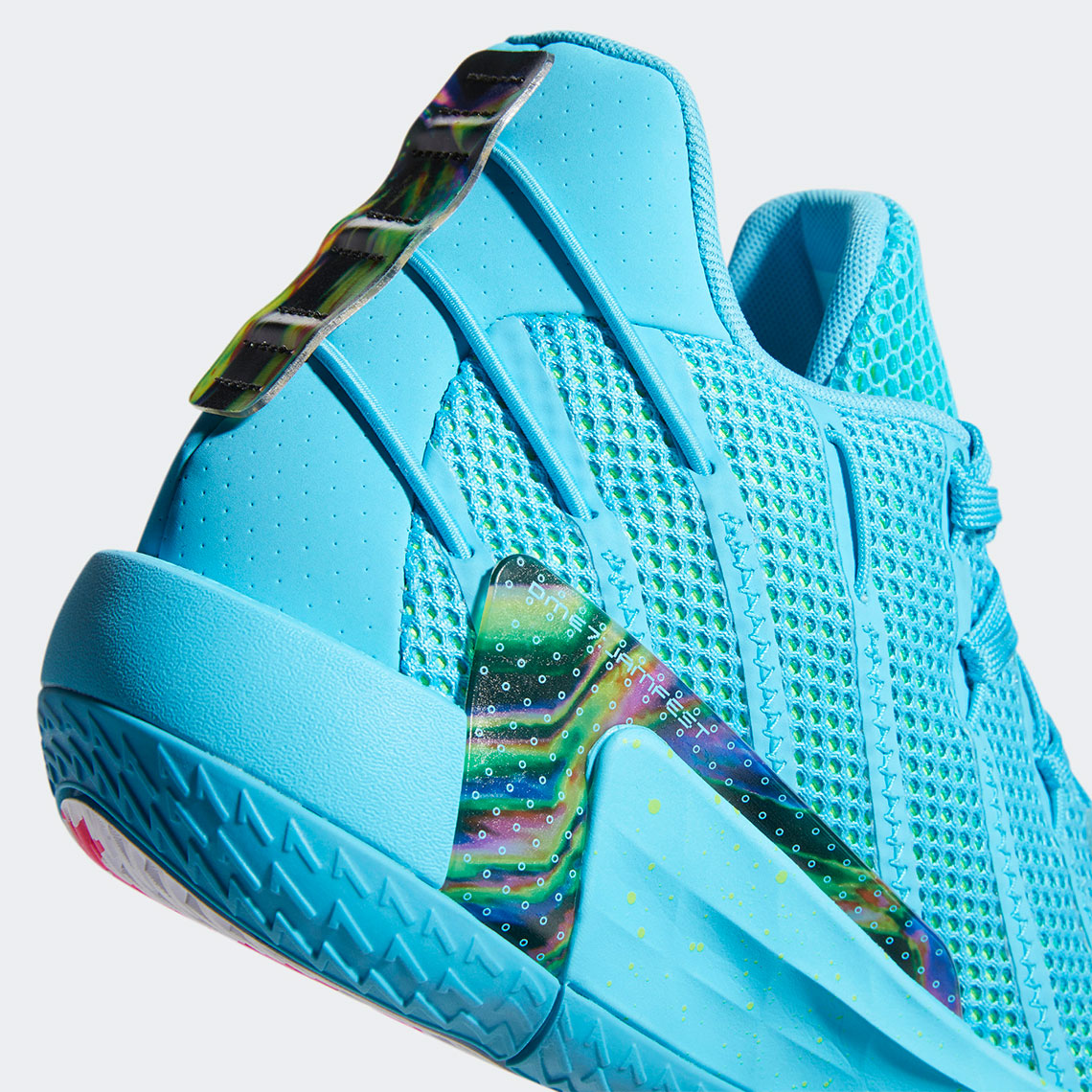