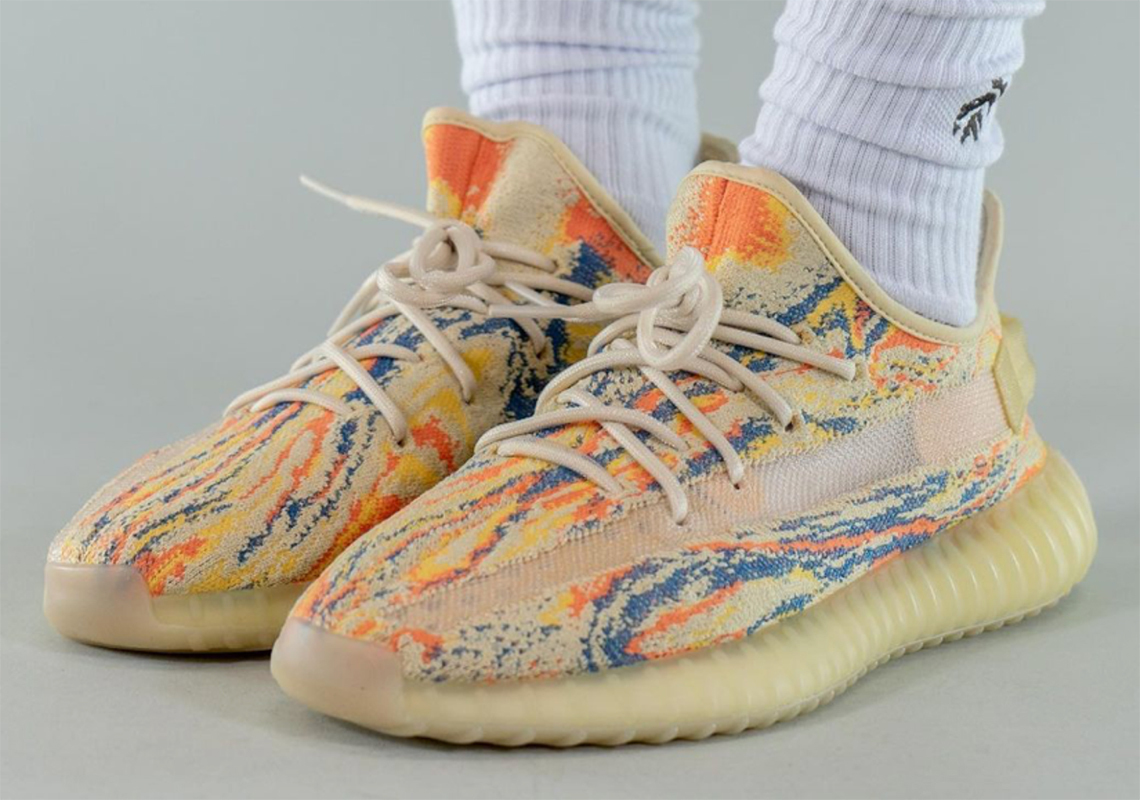 Throughout the bulk of 2021’s first six months, the YEEZY BOOST 350 V2 has retreated to the sidelines as some of its laceless, slip-on kin have helped the adidas YEEZY label dominate footwear wishlists. Yet, the launch of the “Mono” collection and upcoming “MX” colorways (presumably “mixed”) suggest the ubiquitous model has taken some time away from the spotlight to conjure up some new looks.

The “MX Oat” option is one of the most eye-catching YEEZYs to date, donning a yellowish Primeknit upper complemented by a plethora of disparate tones. Hits of orange and navy appear in contoured style from tip of the toe to spine, where a different shade of yellow comes into play. The semi-transparent stripe on the lateral side interrupts the melted crayon-reminiscent streaks, but it doesn’t steal the spotlight given its lack of distinct color. Unlike many of the most recent YEEZY 350 V2 drops, the upcoming pair boasts a pull tab at the heel. Underfoot, the ribbed midsole gives way to the all-white BOOST-cushioning that’s further cemented the foam’s place among countless footwear rotations across the world.

Enjoy detailed images of the latest from Kanye West here below, and anticipate an October release date.

For more from under the Three Stripes umbrella, check out the adizero adios Pro 2. 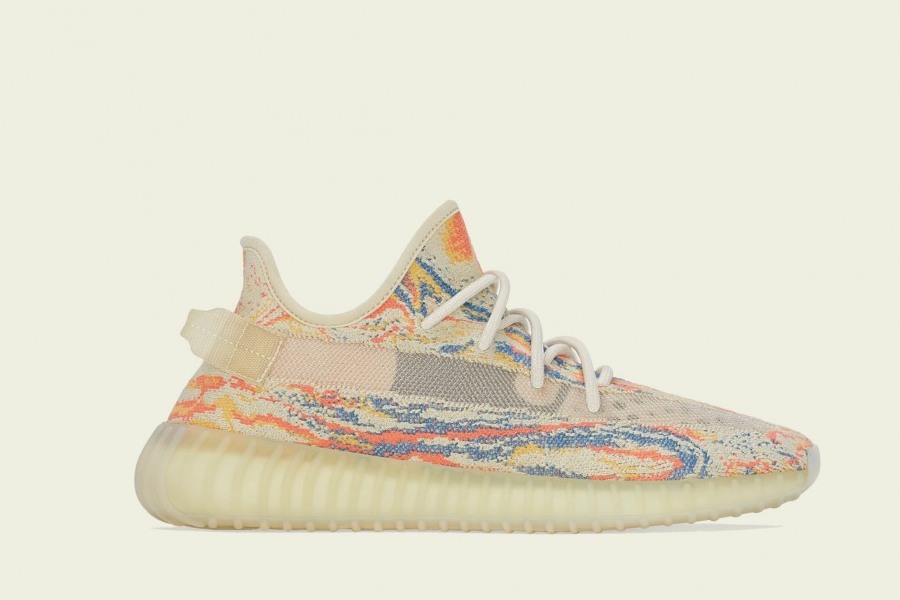 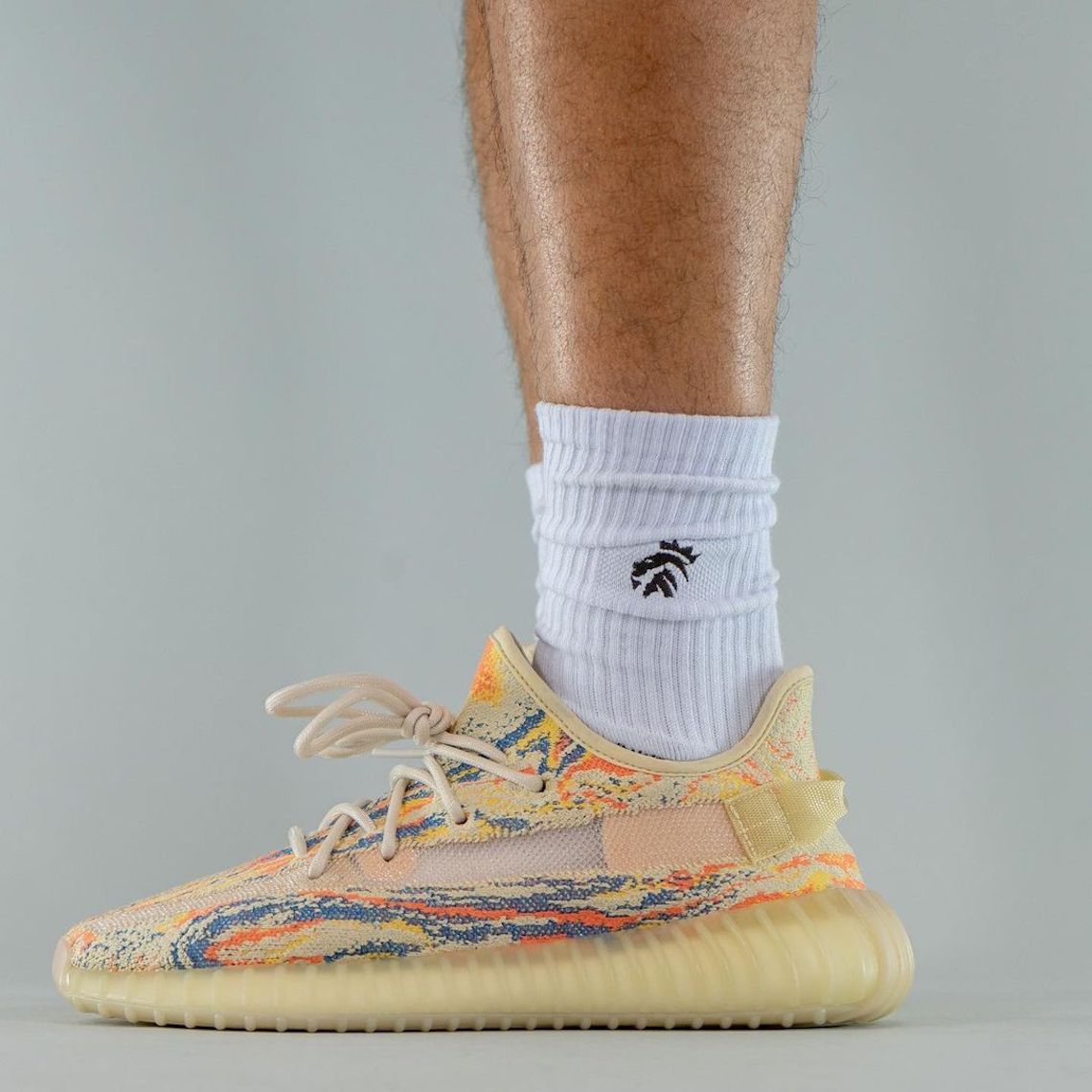 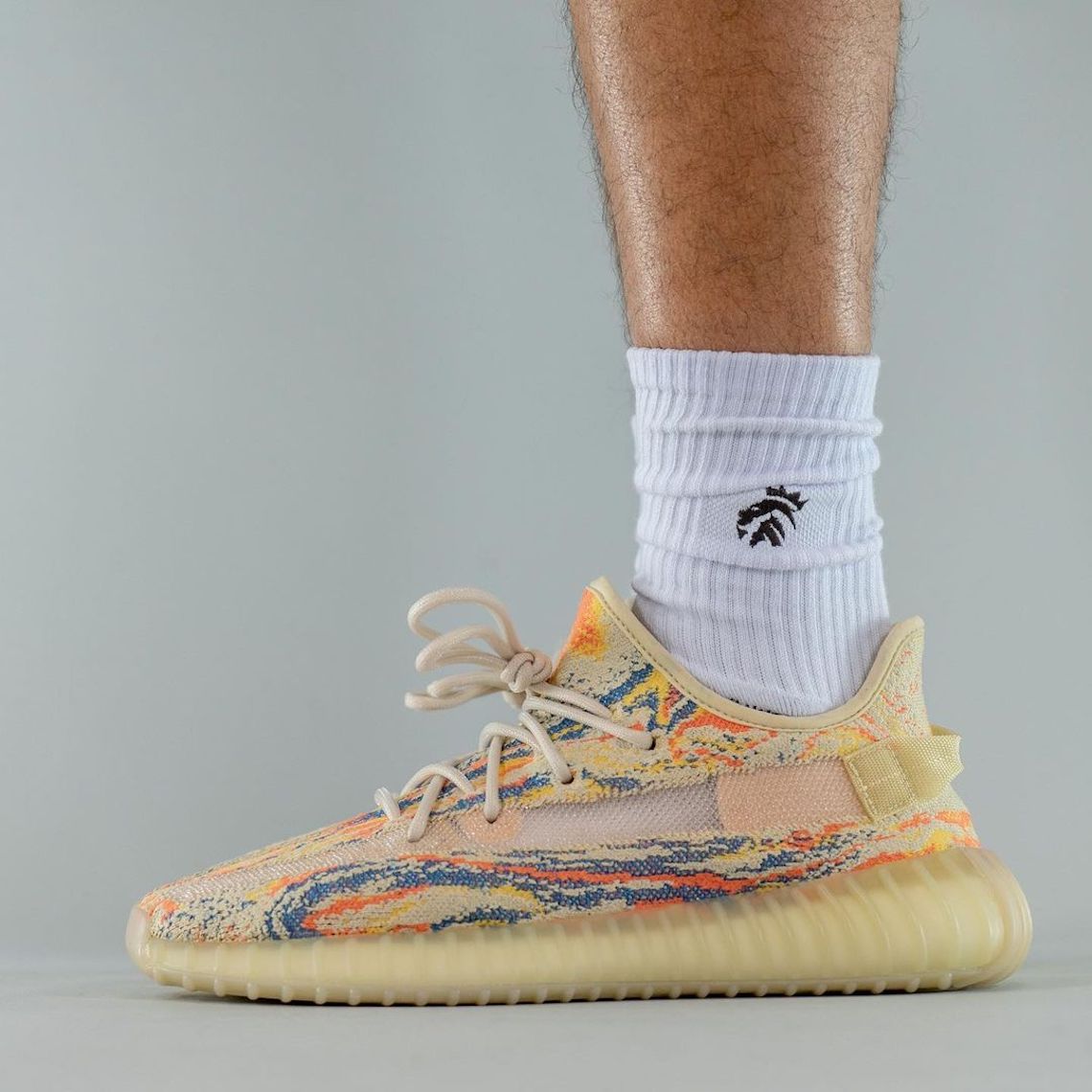 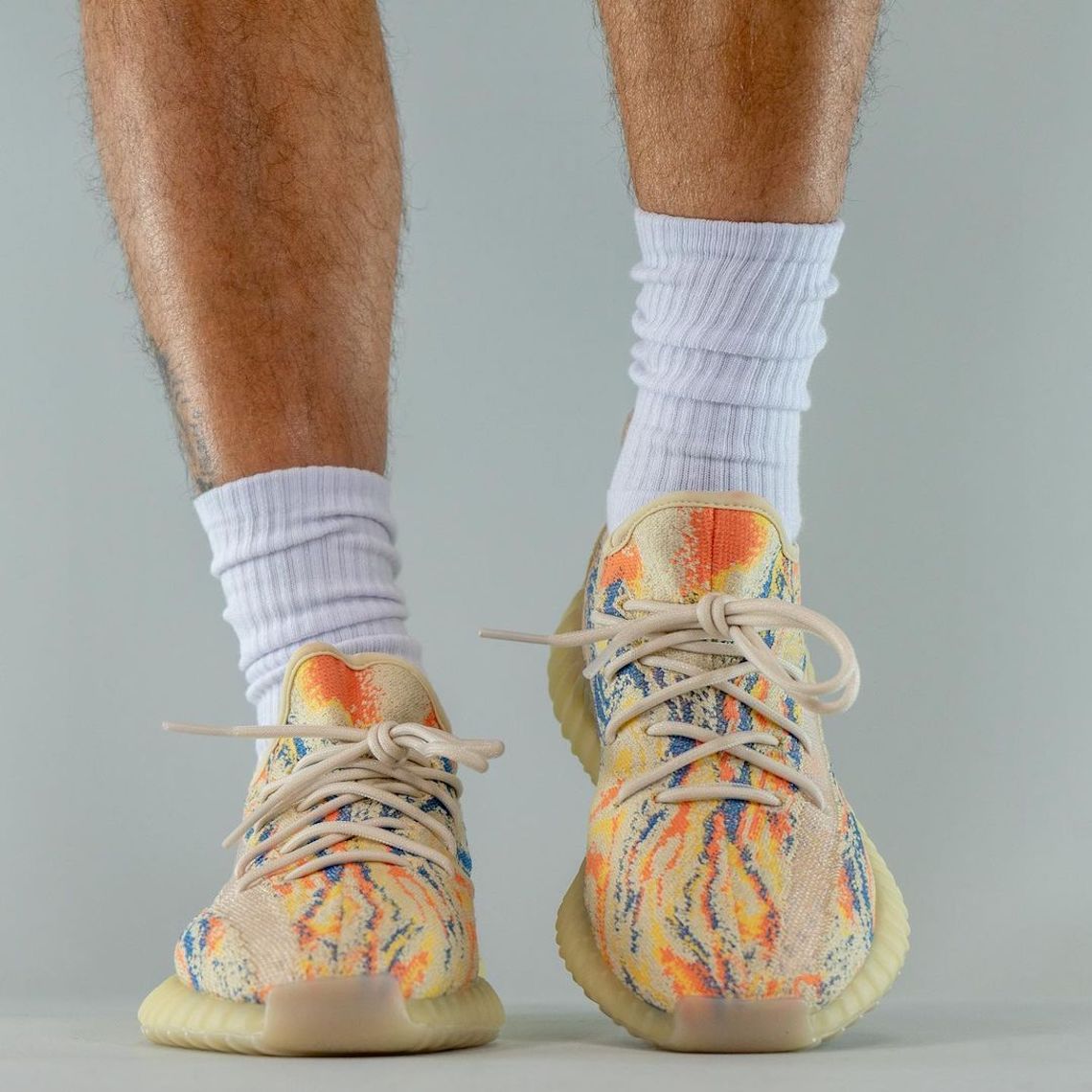 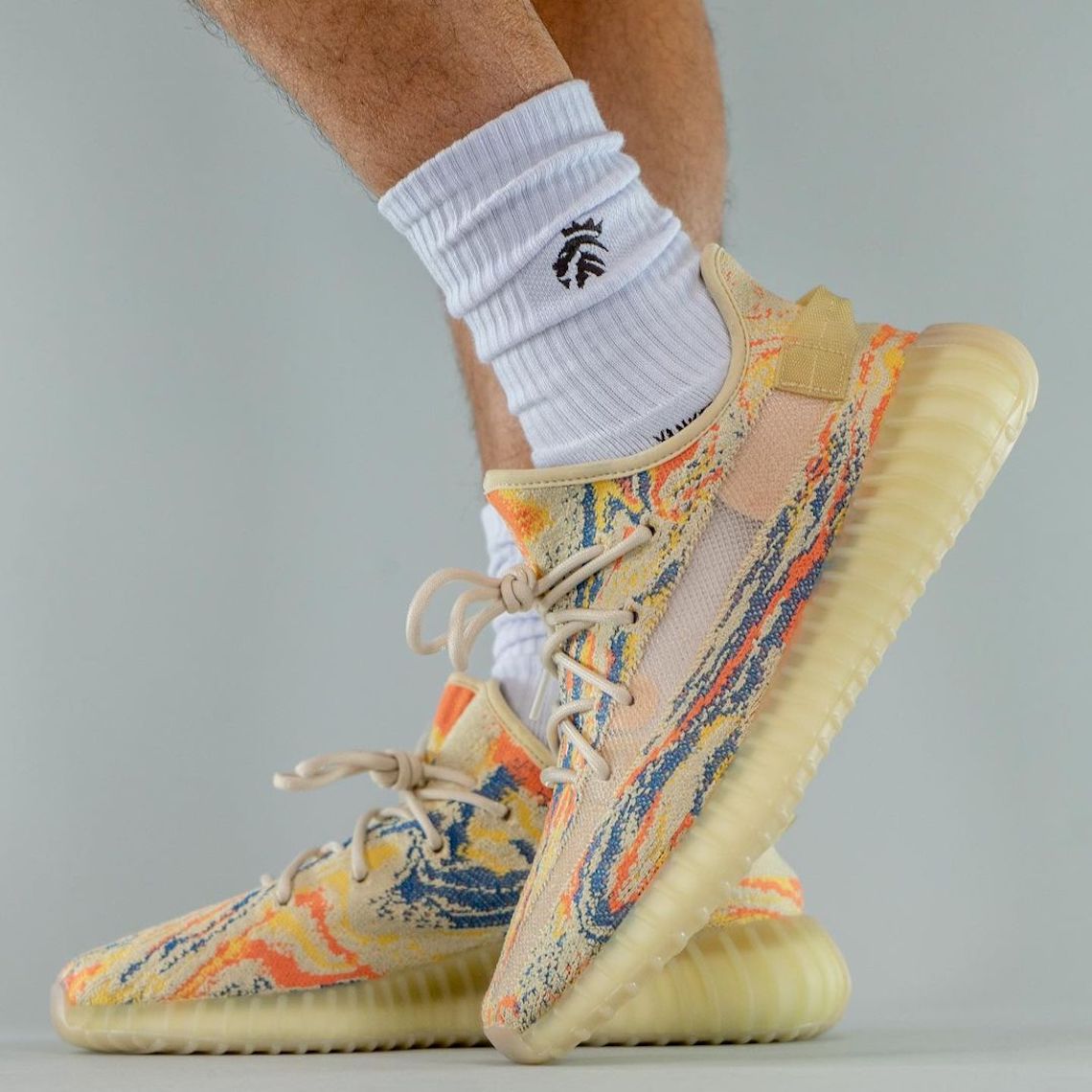 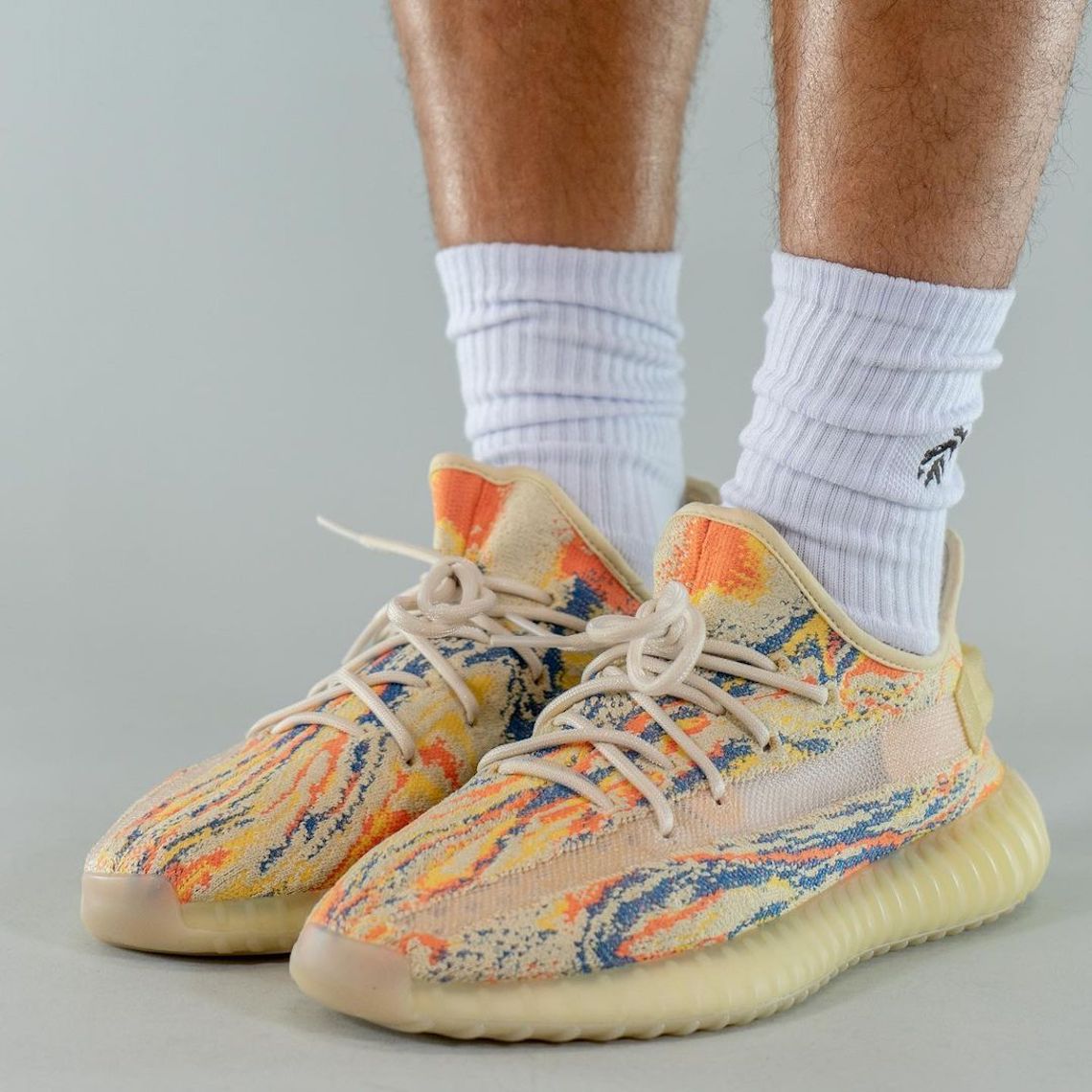 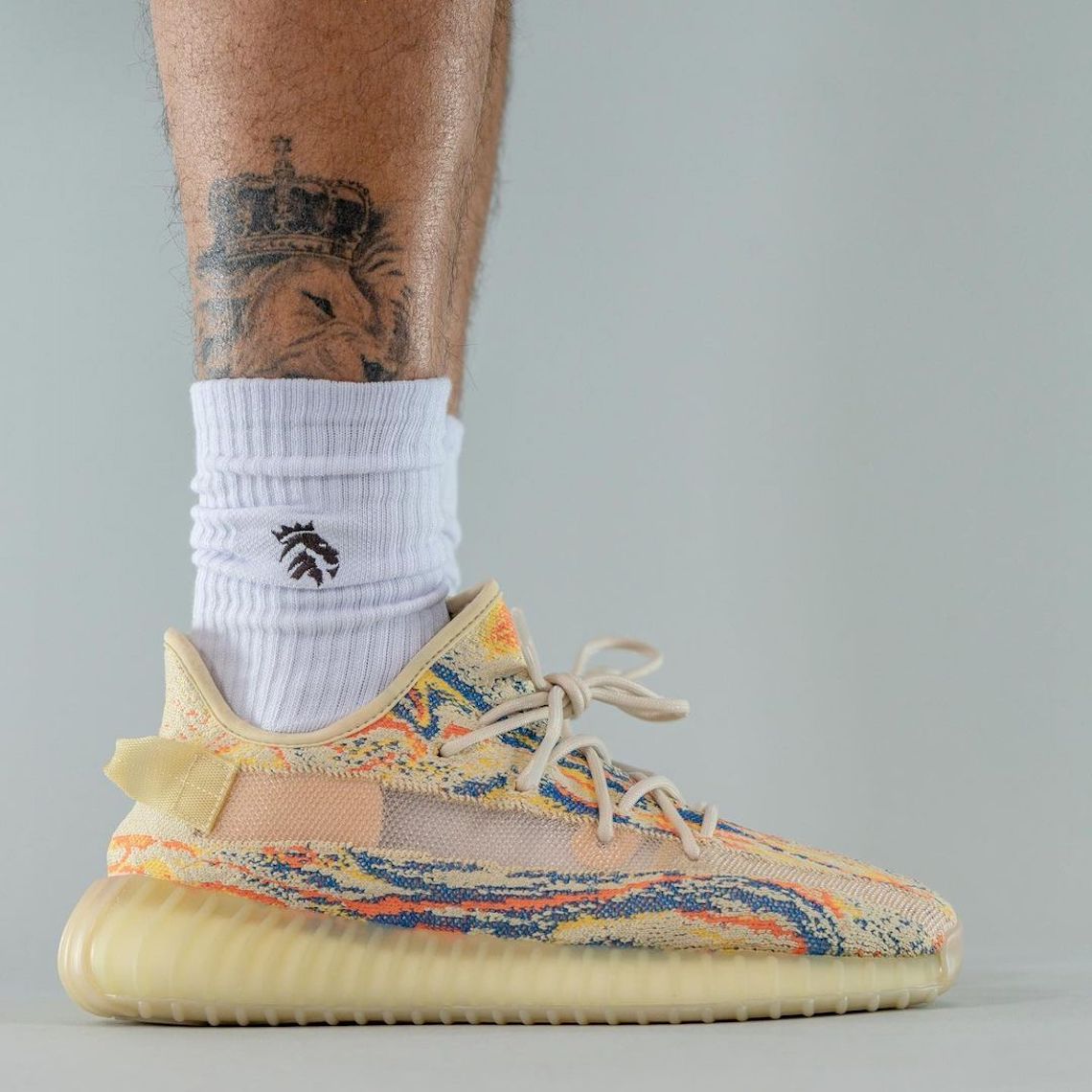 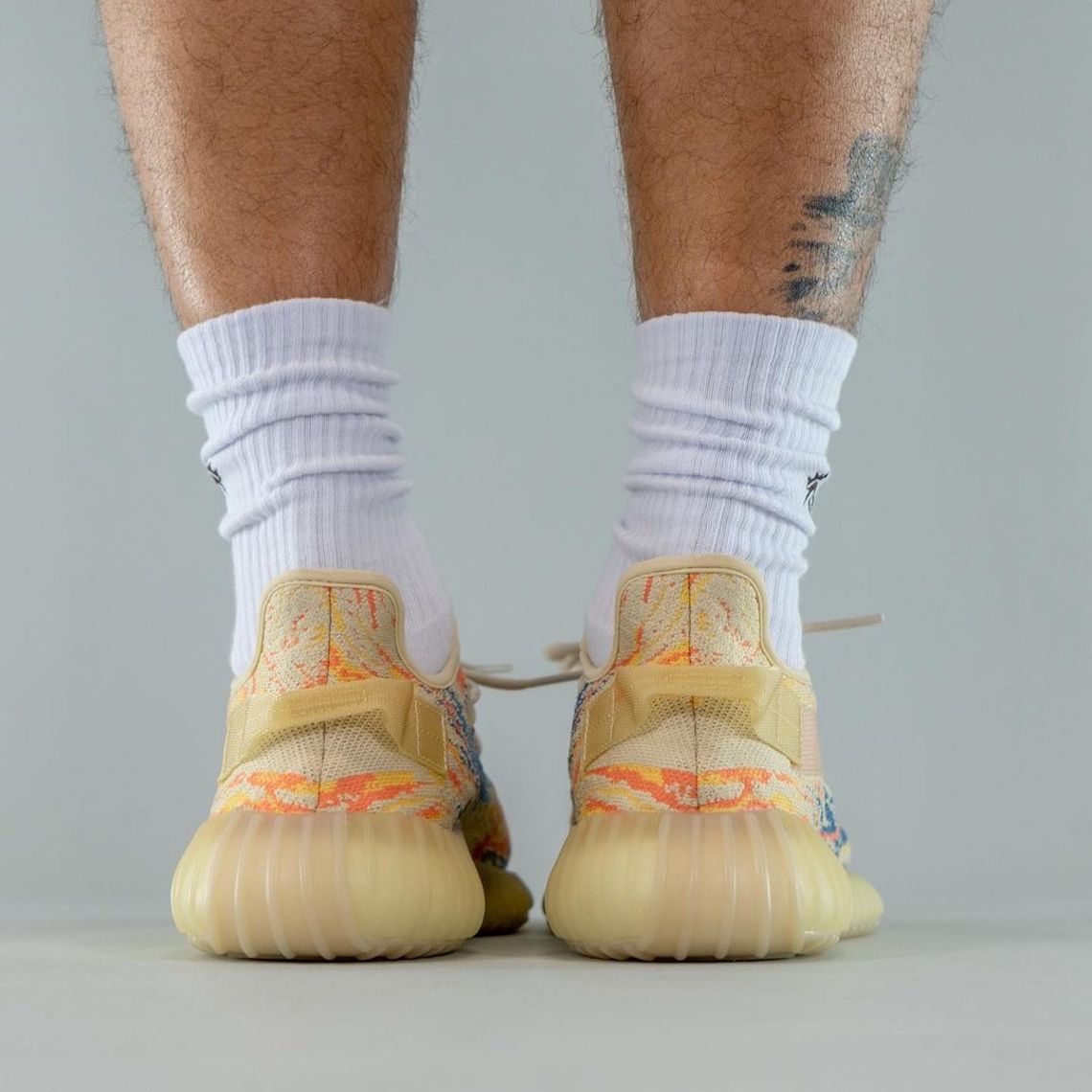 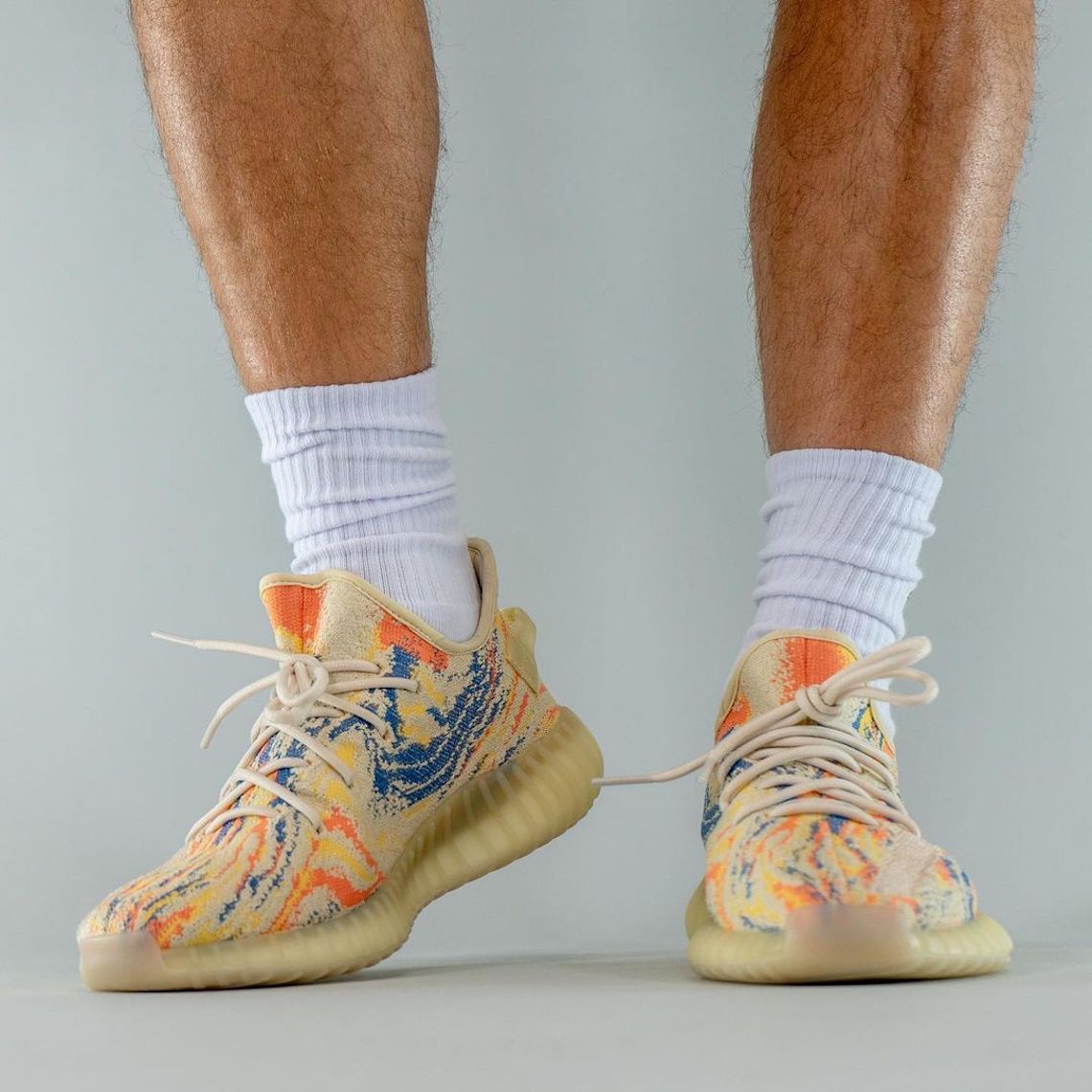 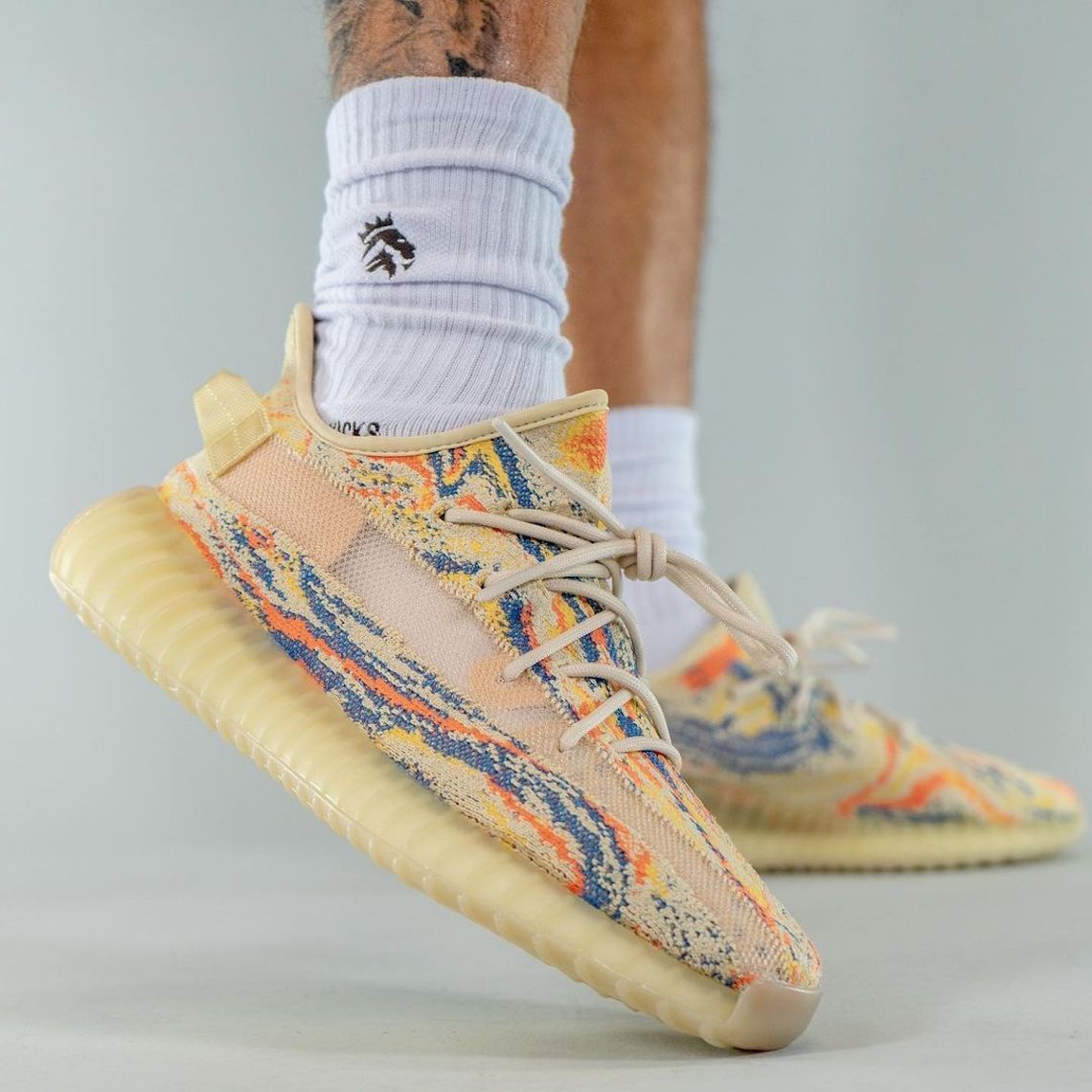 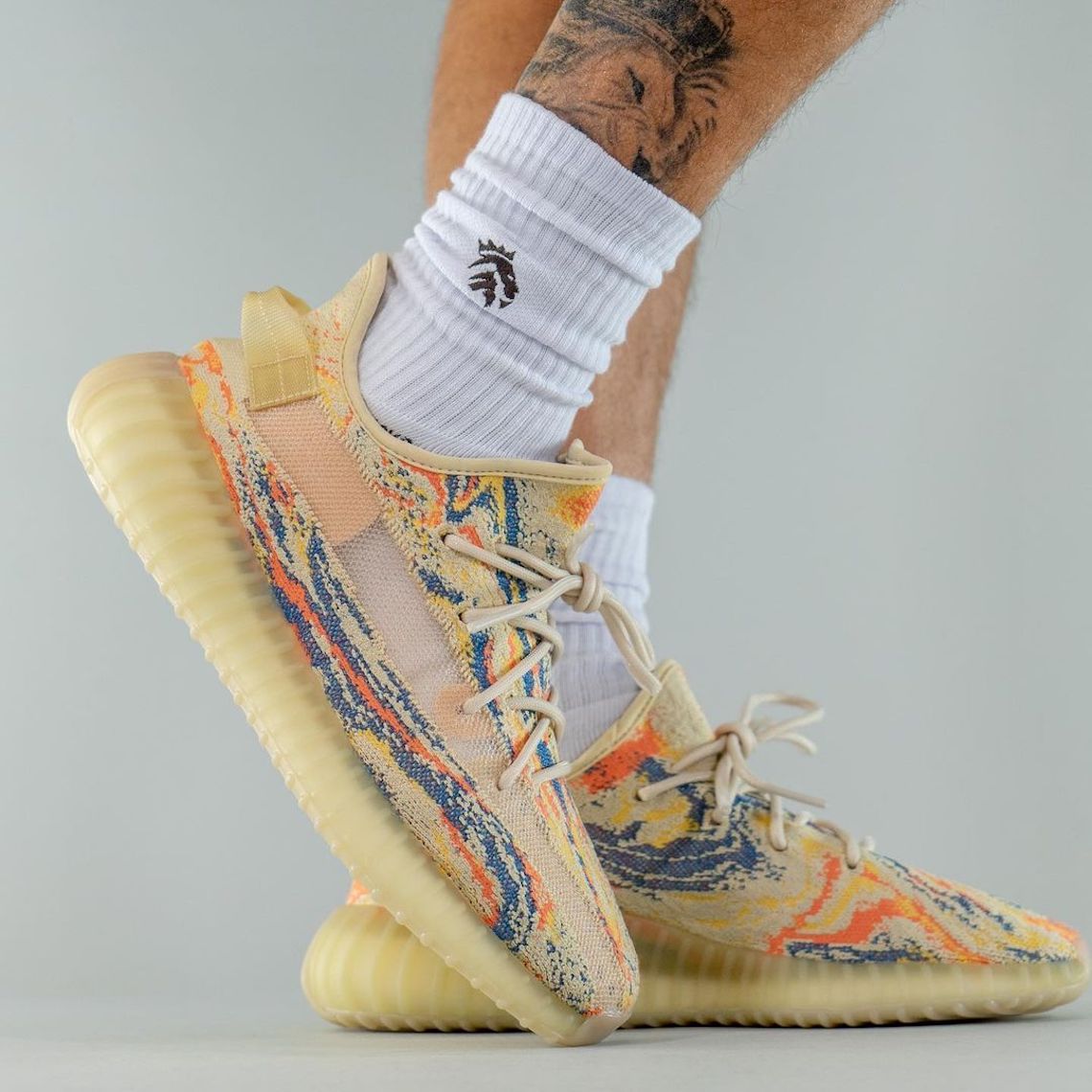