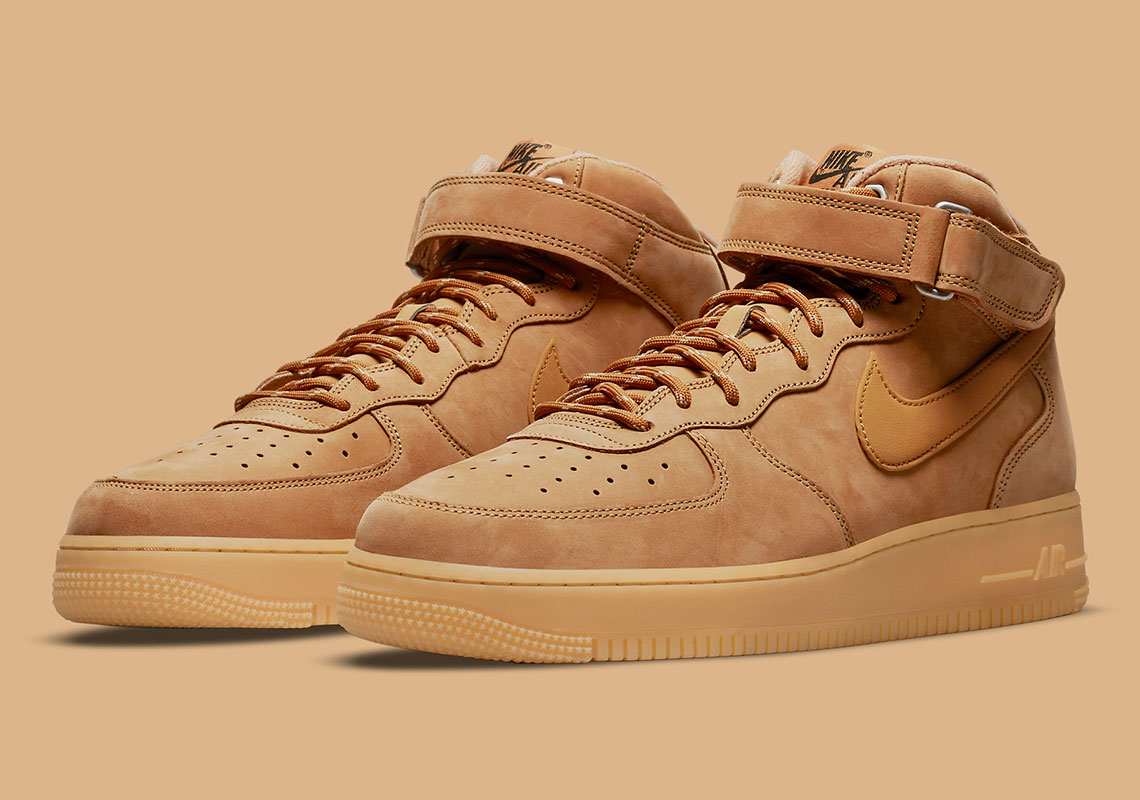 Now that we’re well into summer, Nike is already crafting footwear releases suited for the fall. Such styles include the seasonal “Flax” look, which will soon be returning on the Nike Air Force 1 Mid. Although an AF1 Mid staple, it has been almost five years since we’ve seen the mid-top silhouette receive the famed wheat-colored nubuck treatment. Its arrival this year will involve a few tweaks yet while still retaining its fall-friendliness.

As expected, the entirety of the upper flaunts nubuck materials in the classic “Flax” tint. Unlike those found on the 2016 pair, profile Swooshes on this iteration seem to be a few shades lighter than the base to create a subtle contrast. Changes extend beyond the Swooshes, as the usual “Outdoor Green” branding is no longer present on the ankle strap nor the heel tab. Instead, the strap is void of logos while Nike Air branding is embossed on the heel tab. The single-colored laces have also been swapped out for a dotted pair reminiscent of those used on hiking shoes. To round out the design, a “Gum Light Brown” sole unit is used for a tonal look that strikes familiarity.

Take a closer look at the Air Force 1 Mid below, which will arrive at Nike.com in the coming months with a price tag of $100.

For more by the Swoosh, check out AMBUSH’s “Atomic Green” Nike Dunk High. 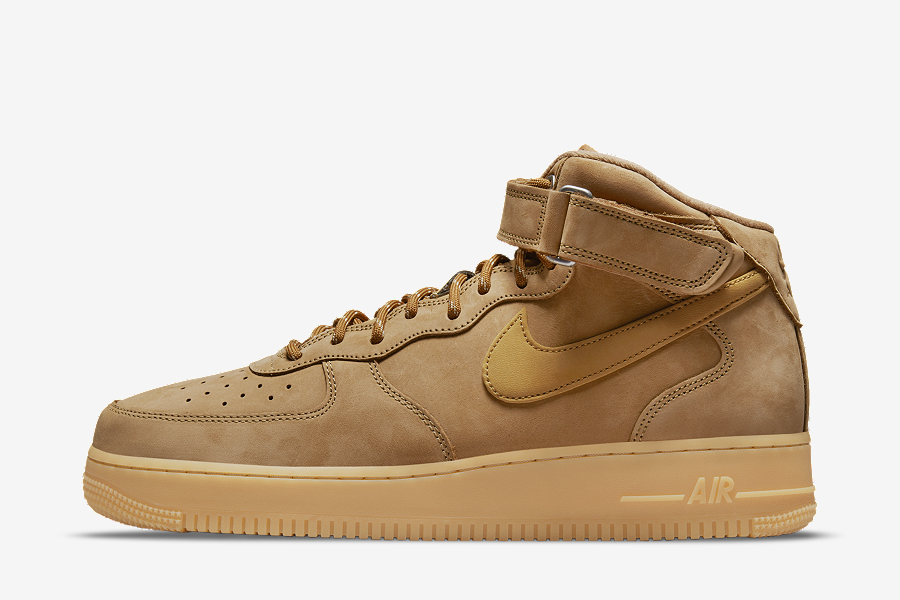 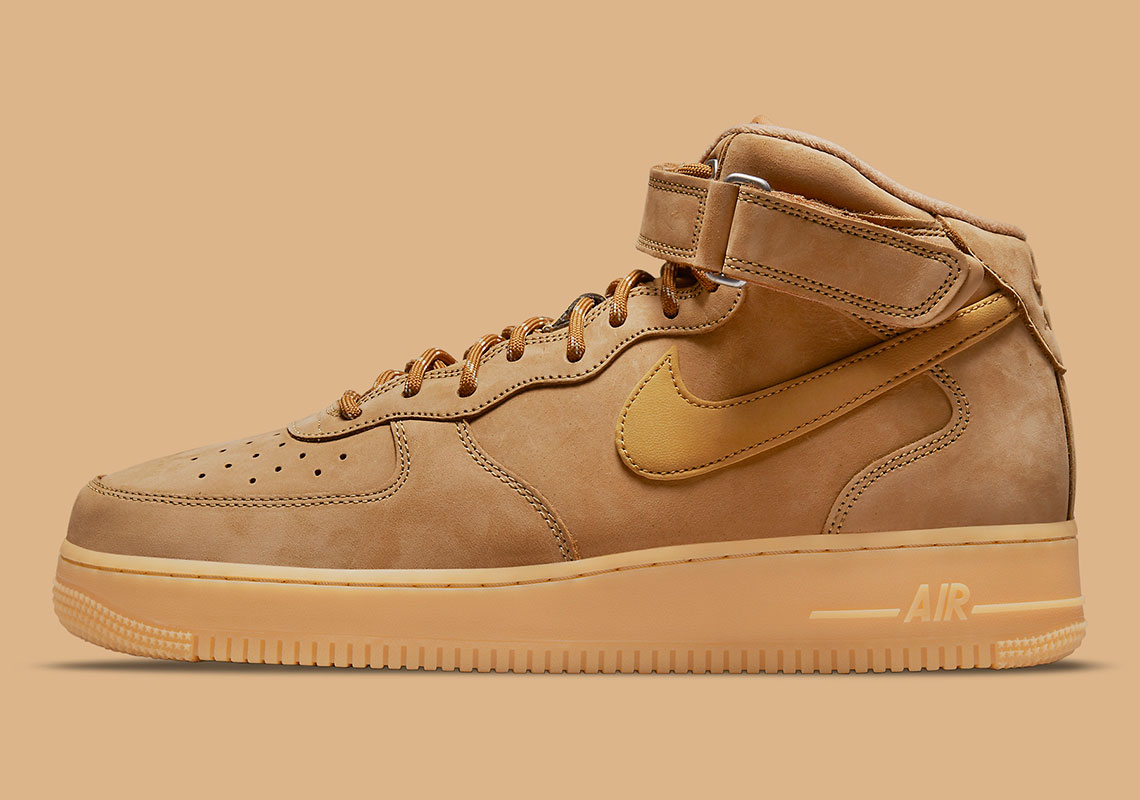 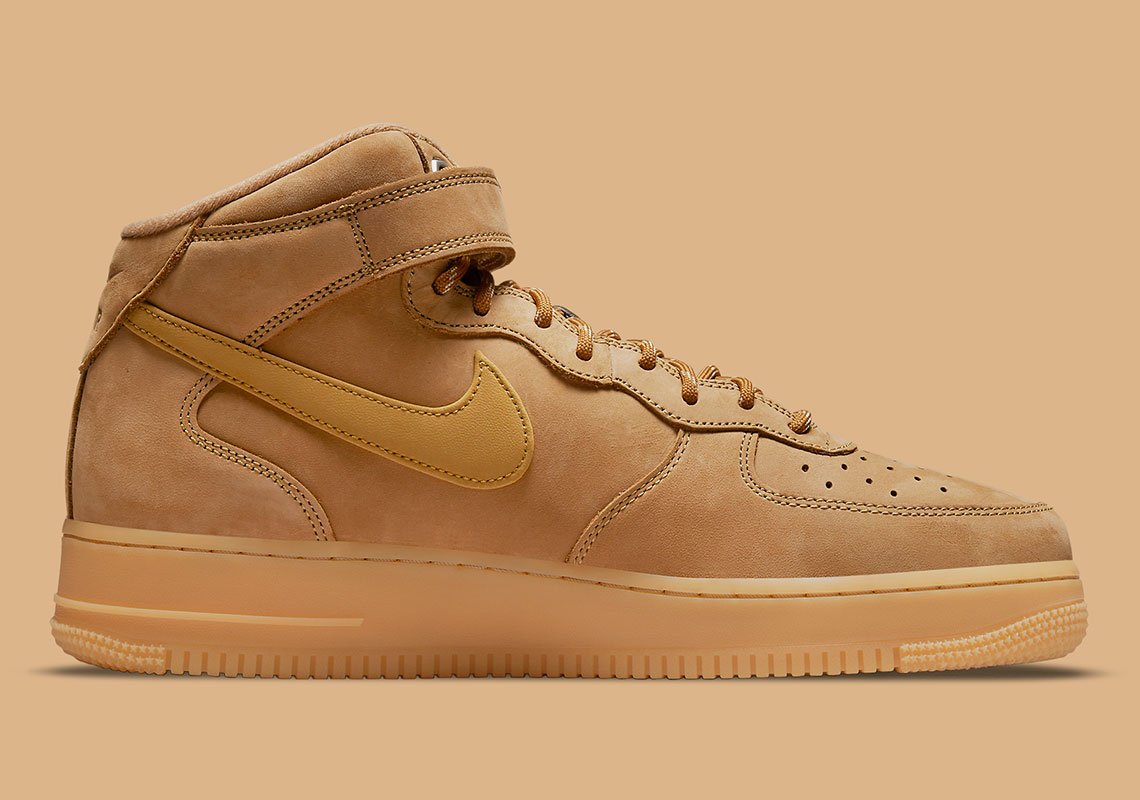 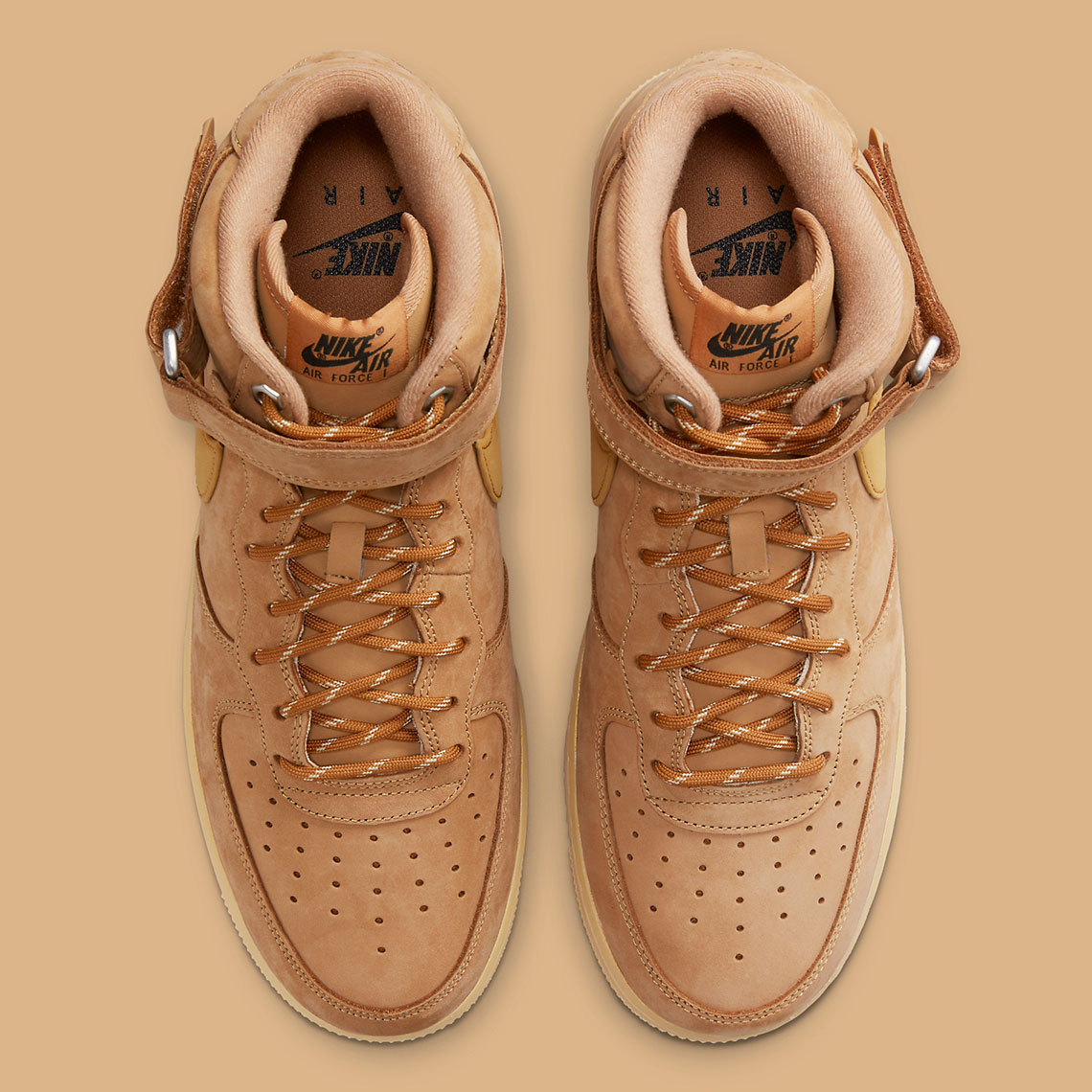 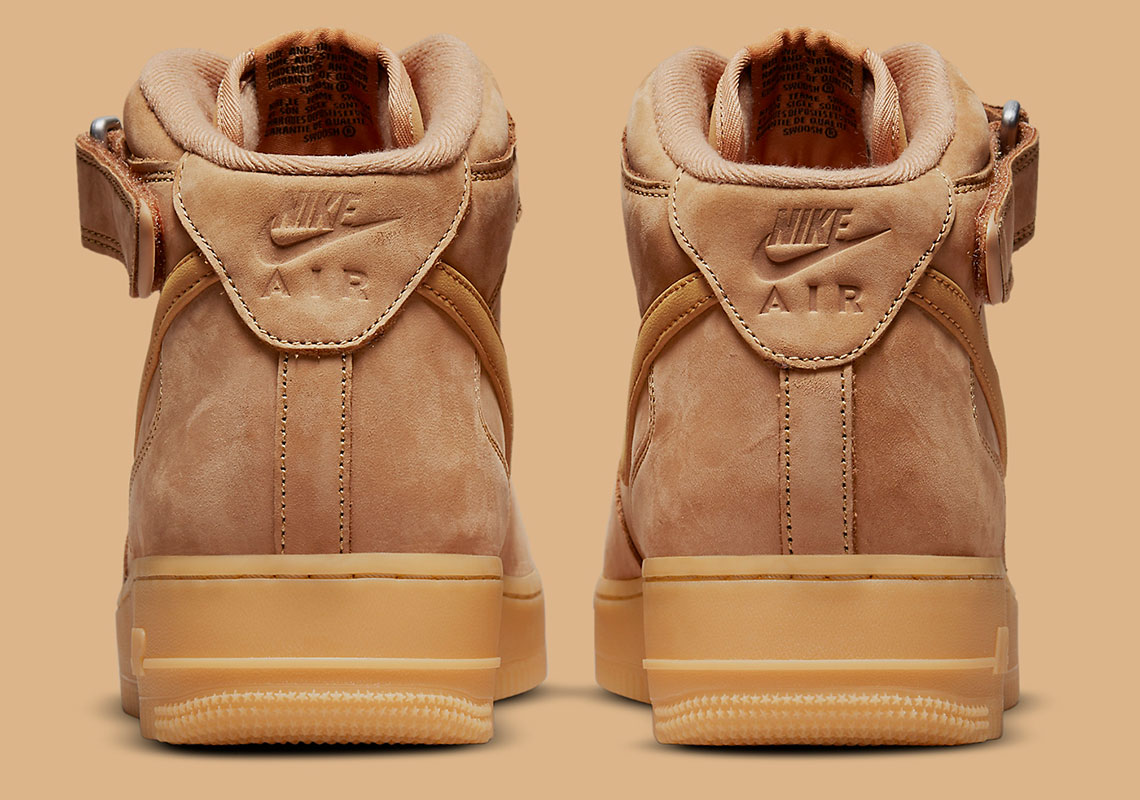 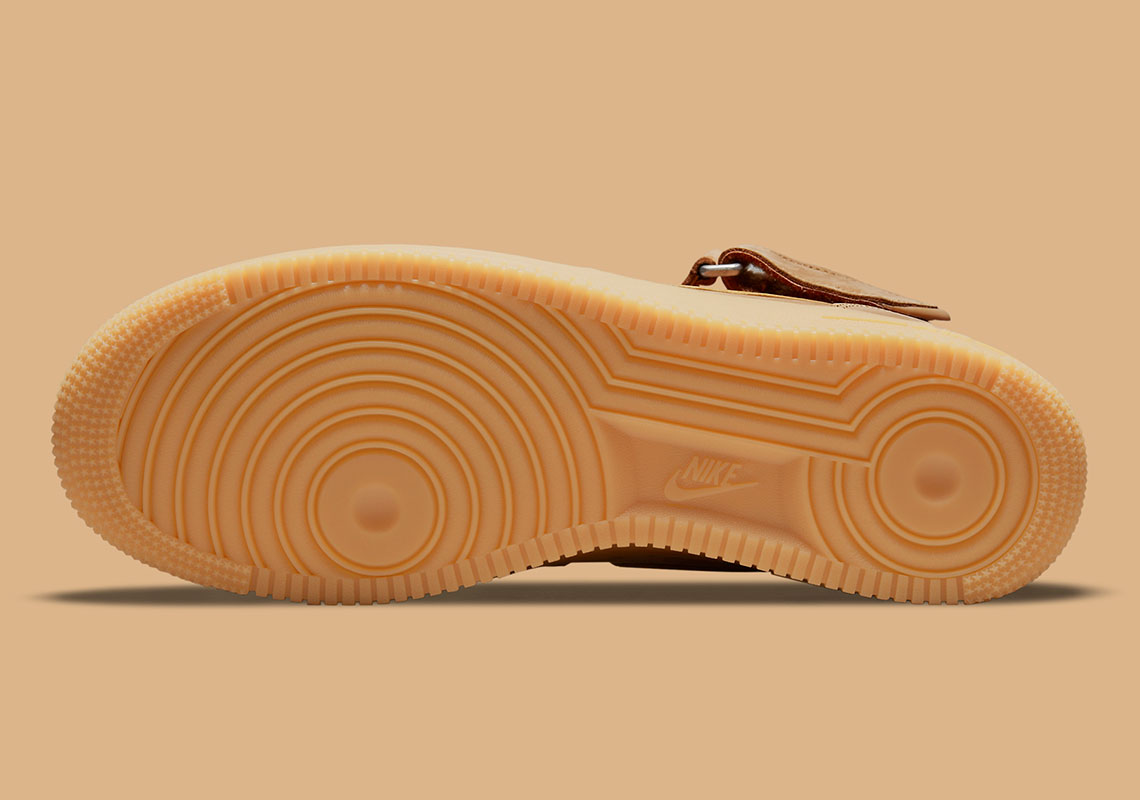 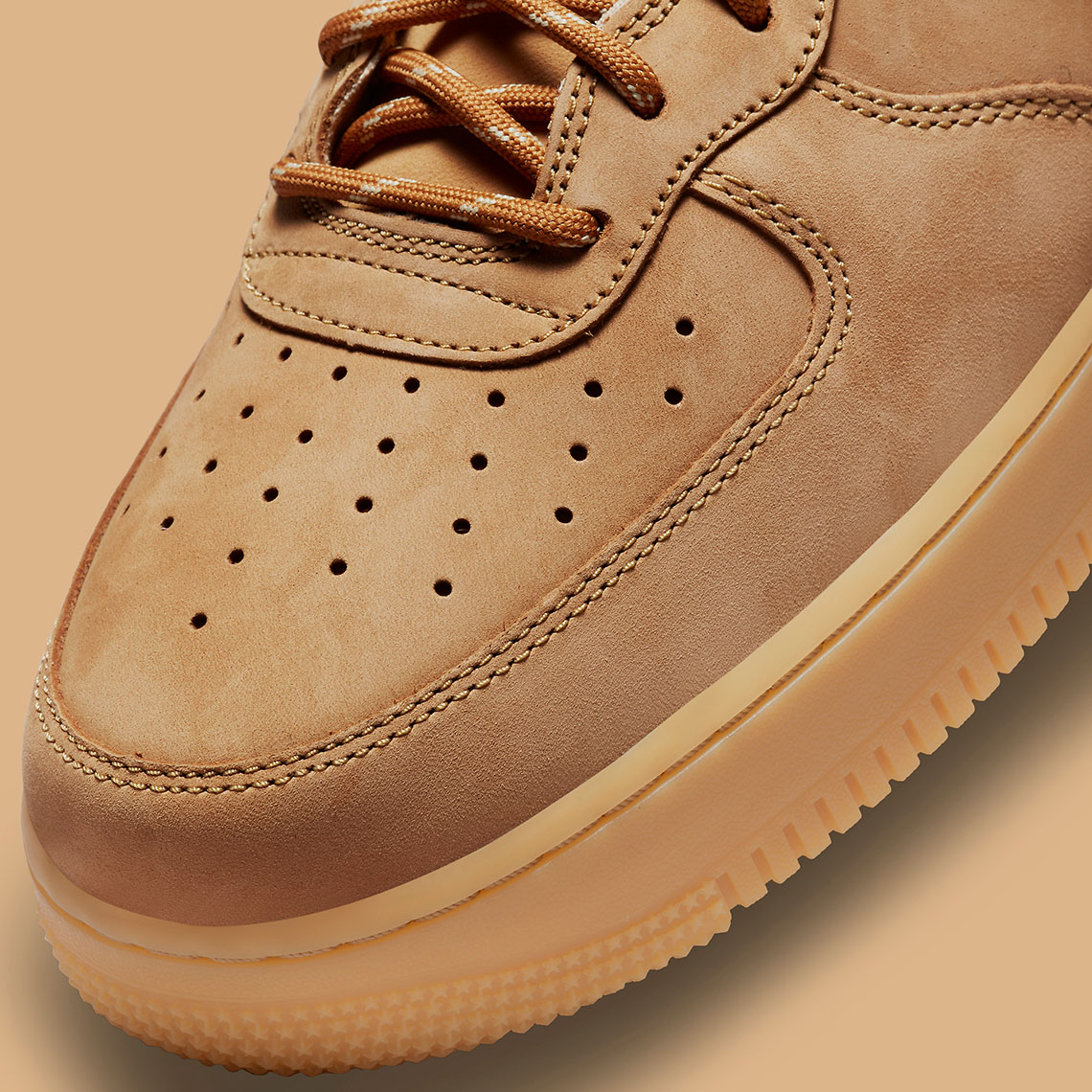 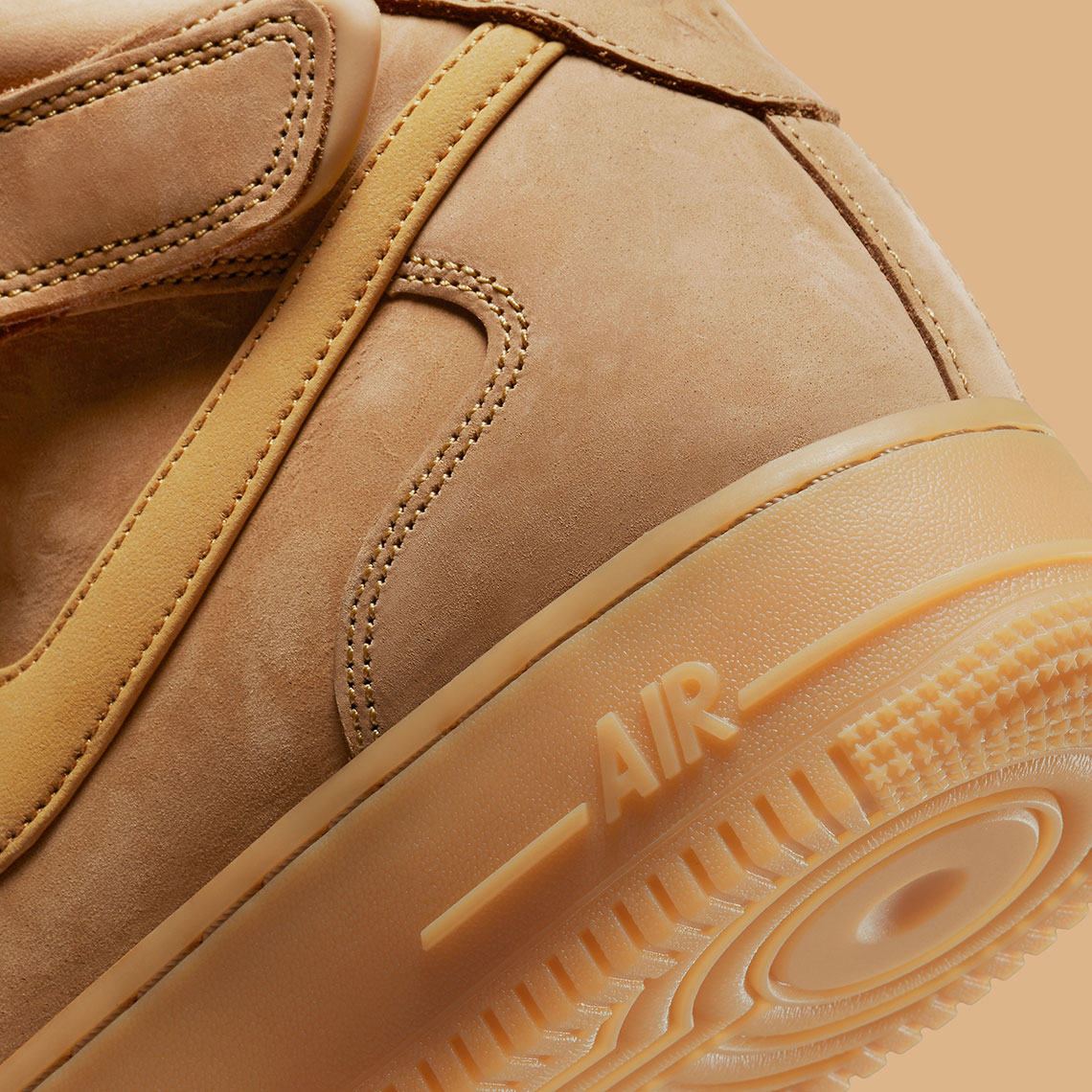 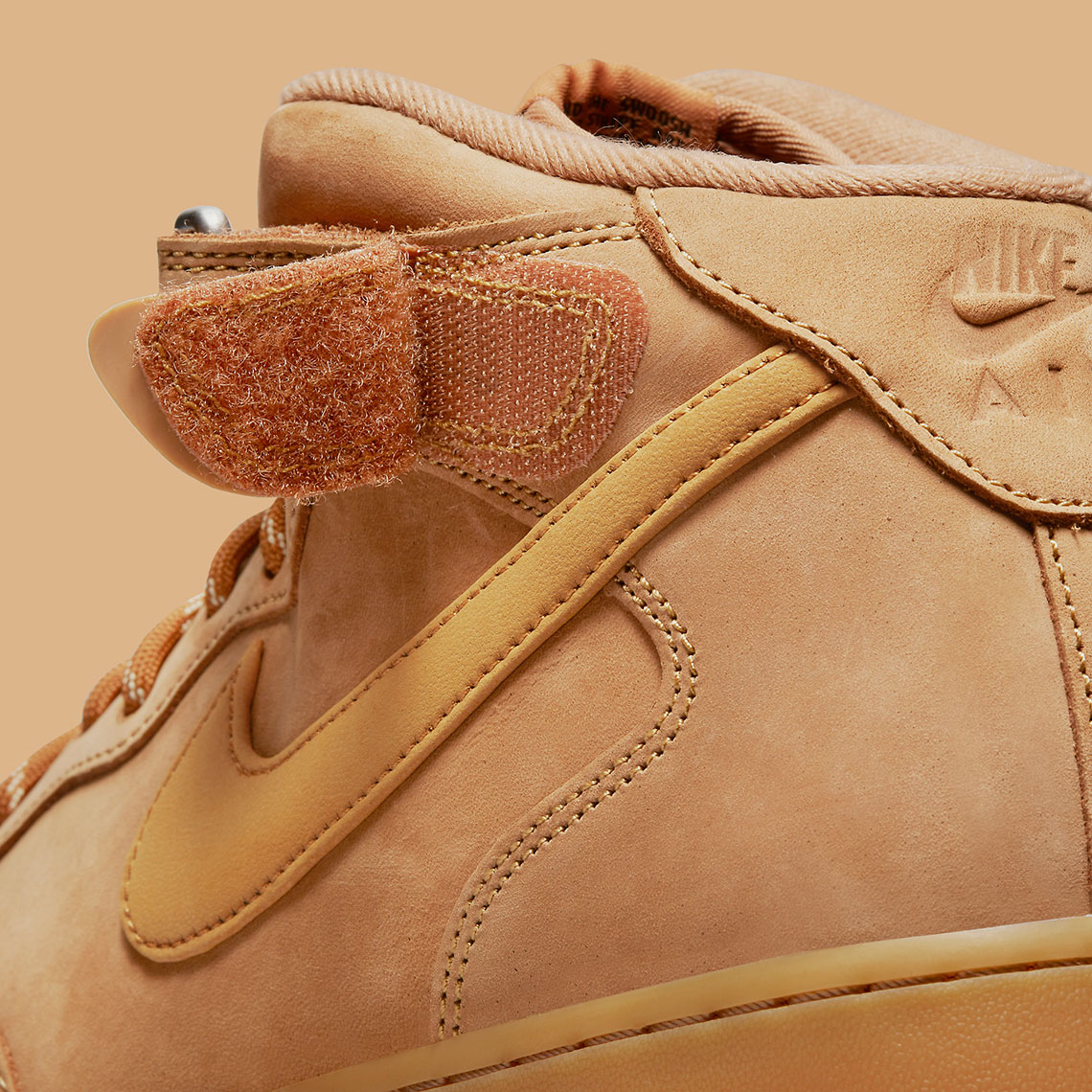