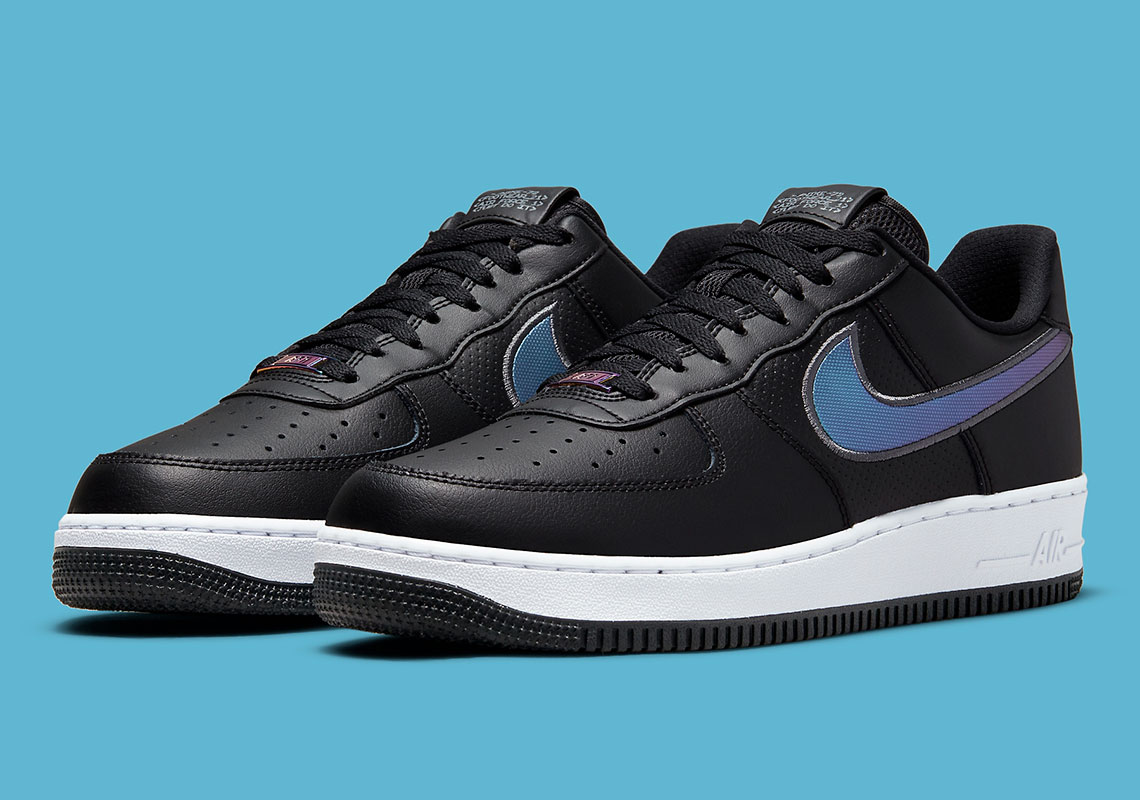 With its partnership with League of Legends and consequently a “Have A Good Game” Pack, digital-inspired graphics and similar design cues have made their way into the Swoosh’s repertoire. These tech-reminiscent elements continue to be displayed as the brand adds a new black and blue offering to the Nike Air Force 1 family that features micro-dot textures.

The pair starts with black smooth leather uppers that see perforations on the mid-panels. These perforations are complemented by profile Swooshes that feature a dotted design in a blue iridescent finish—a look that can be viewed as the reverse of an earlier-revealed Nike Air Force 1. The black and blue pairing is also comparable to the colors often channeled by the Playstation brand. Furthermore, the iridescent look is also exhibited by the metal lace dubraes to further the tech themes. A tongue label that has programming-inspired branding tops off this digital design for yet another impressive proposition by Nike.

Enjoy official images of the AF1 below, which will be available at Nike.com in the coming months at a price of $90.

In other Swoosh-related news, an orange and gold Nike Dunk High is on the way. 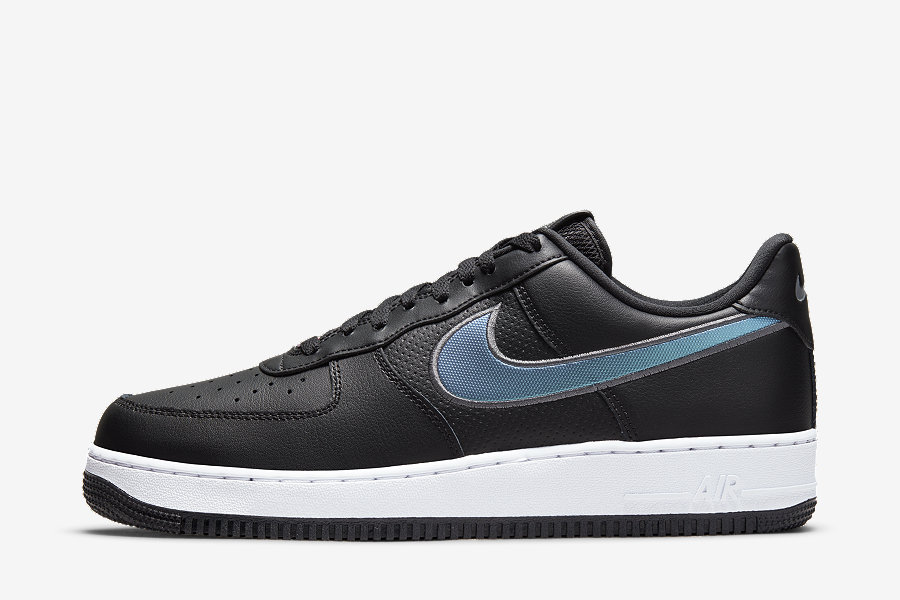 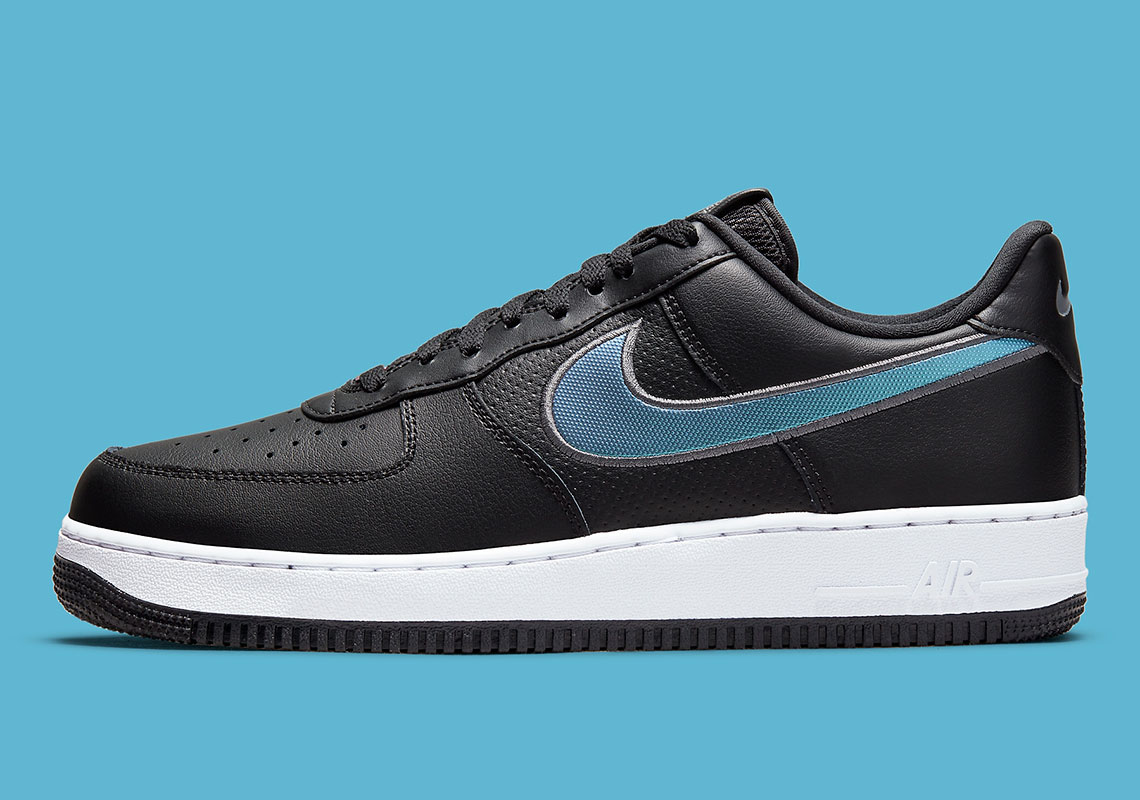 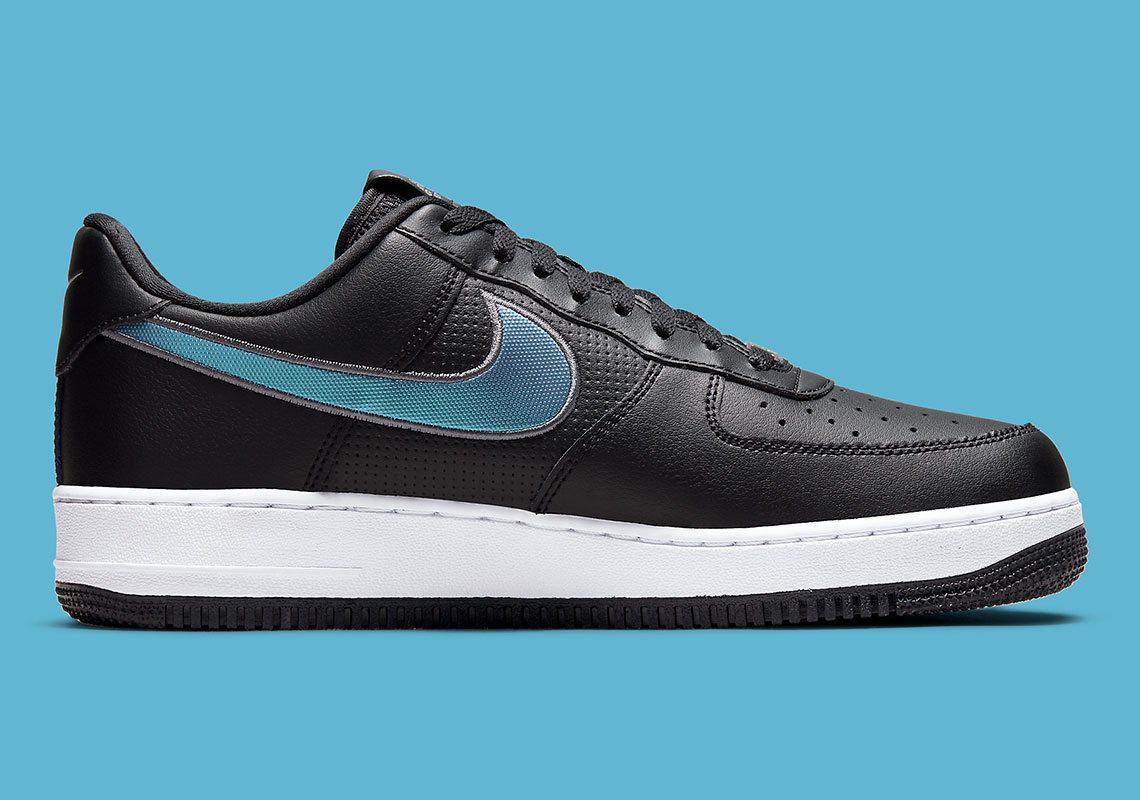 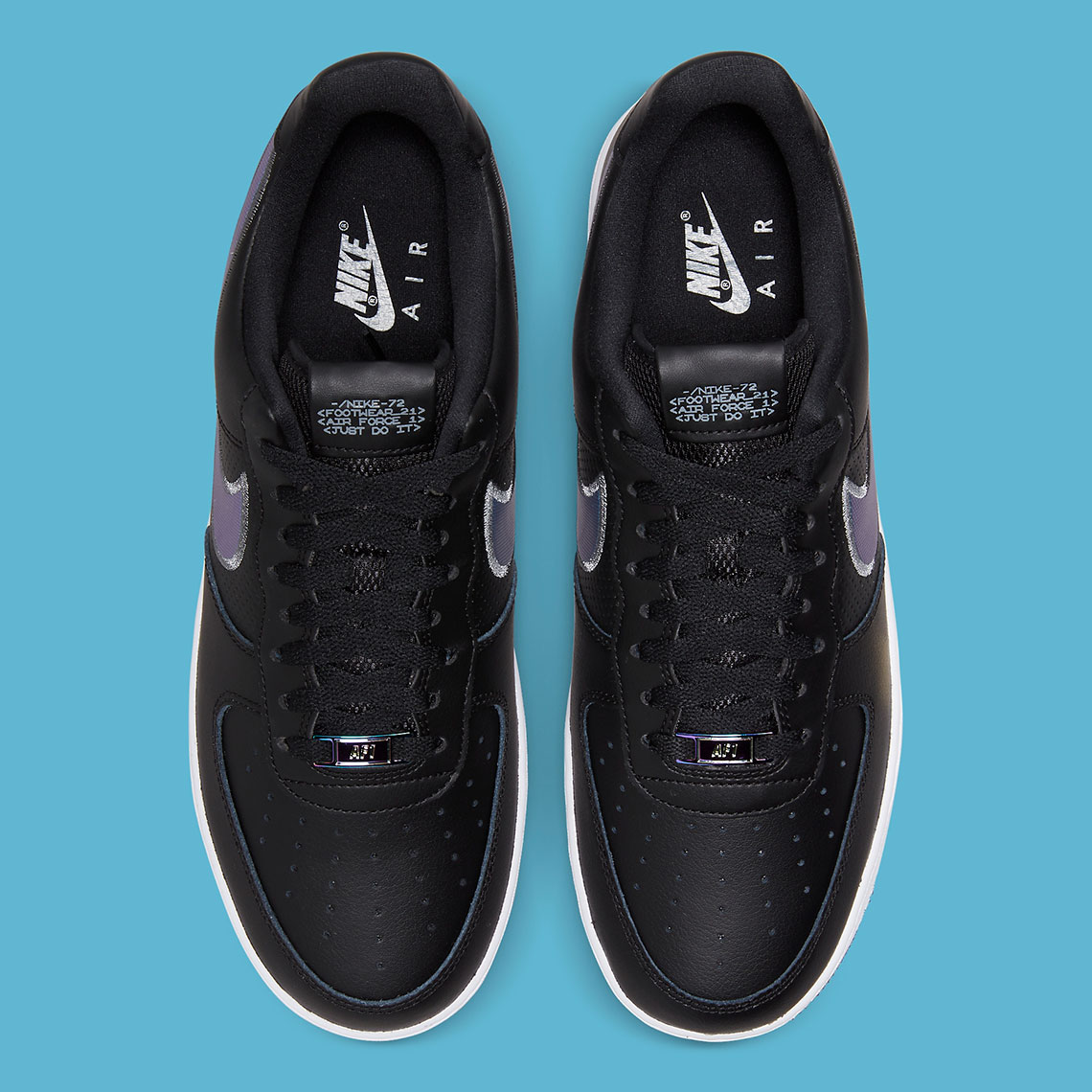 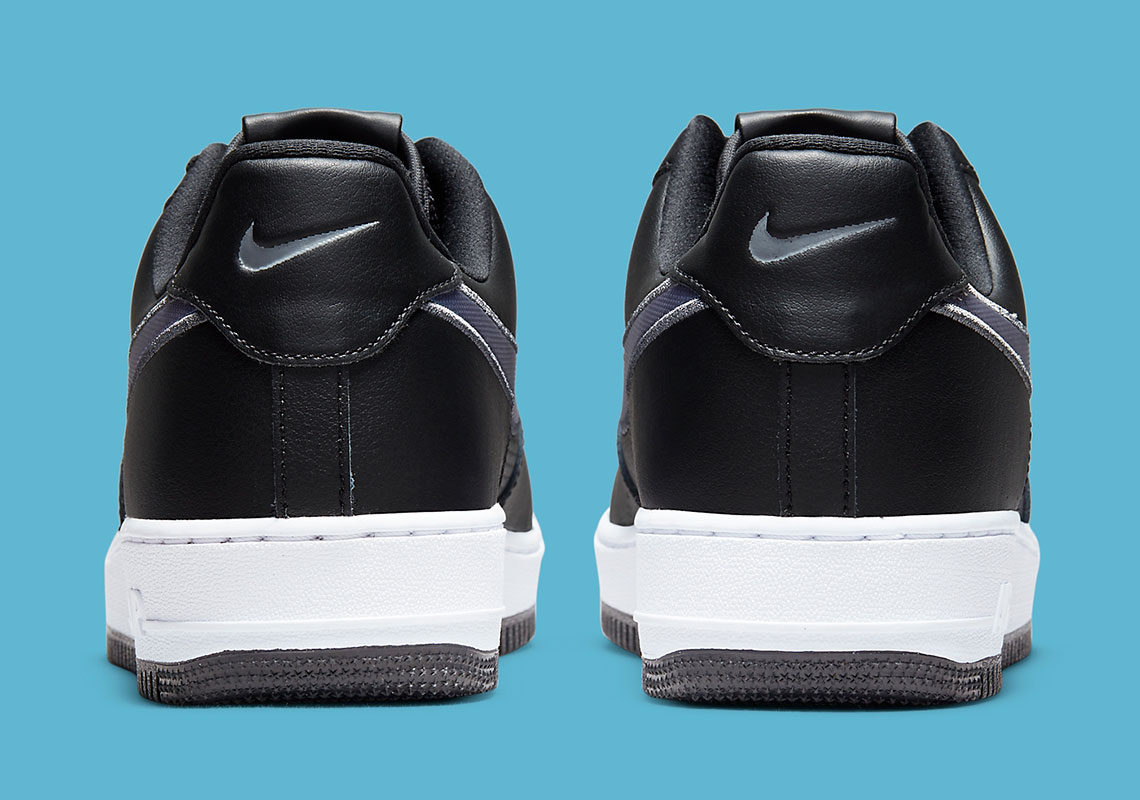 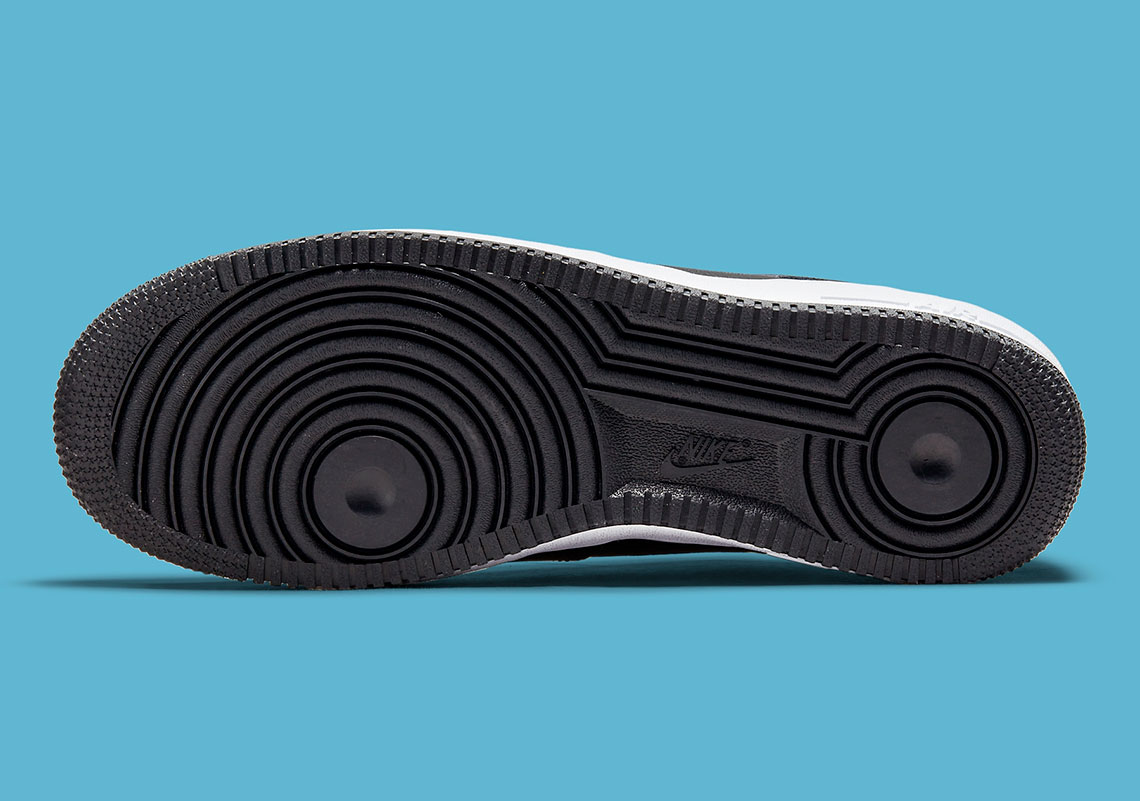 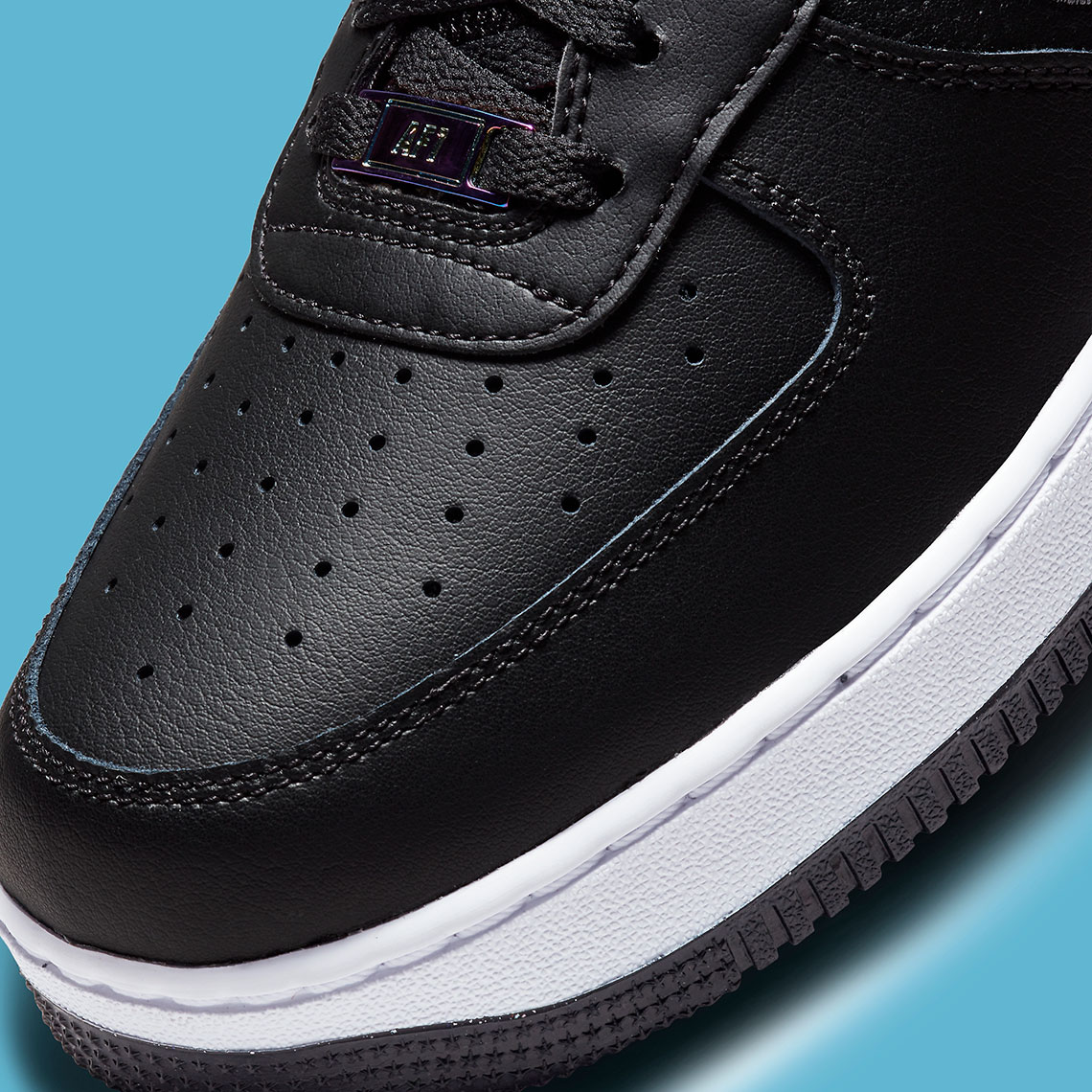 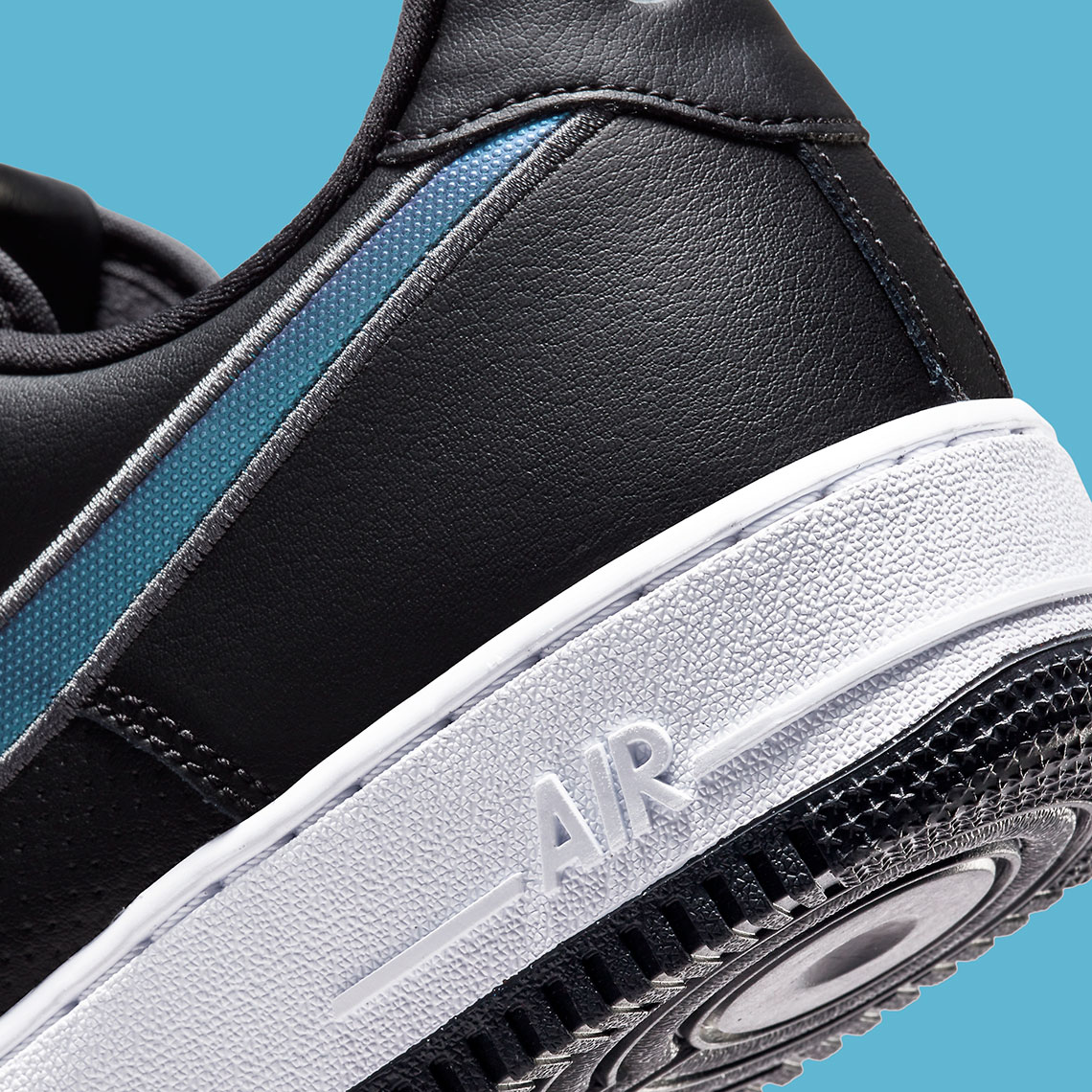