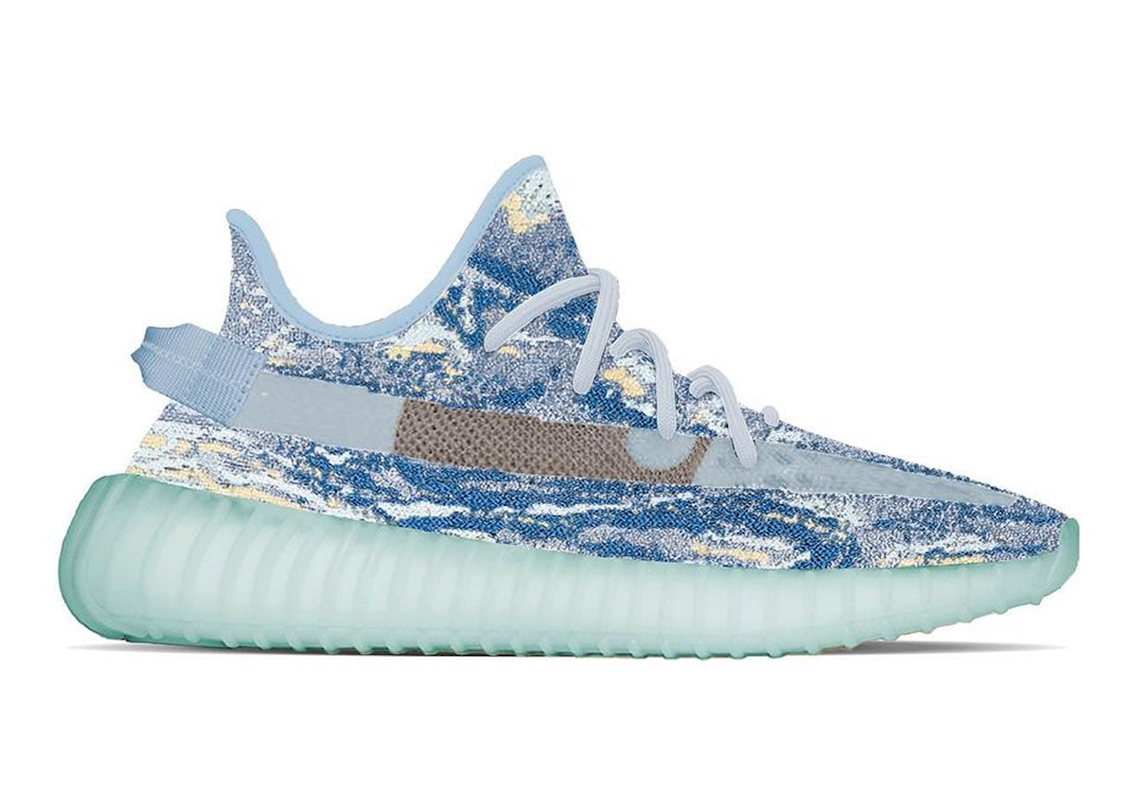 Kanye West’s adidas Yeezy Boost 350 v2 will unleash the first MX version on October 23rd as the MX Oat Yeezys are finally due for a release. Following that wild mix of yellow, blue, and orange is the MX Rock Yeezy 350 in December, followed by a never-before-seen iteration of the comfy knits in 2022. No official nickname in circulation, but “MX Blue” seems fitting for now as the shoe is primarily covered in that tone. However, with swirls of earthy browns and beiges mixed into the knit construction of the upper, there’s a chance that these have some sort of planetary connection.

Despite the YEEZY shoe brand moving towards more experimental silhouettes such as the Yeezy Foam Runner and Yeezy 450, the Yeezy 350 and the Yeezy 700 still remain as the most widely popular members of the clan. That said, we expect all of the Yeezy 350 MX offerings to sell out immediately. Stay tuned for more updates, and in the meantime, get caught up on the Yeezy October 2021 release dates; there’s a plethora of drops coming your with month.