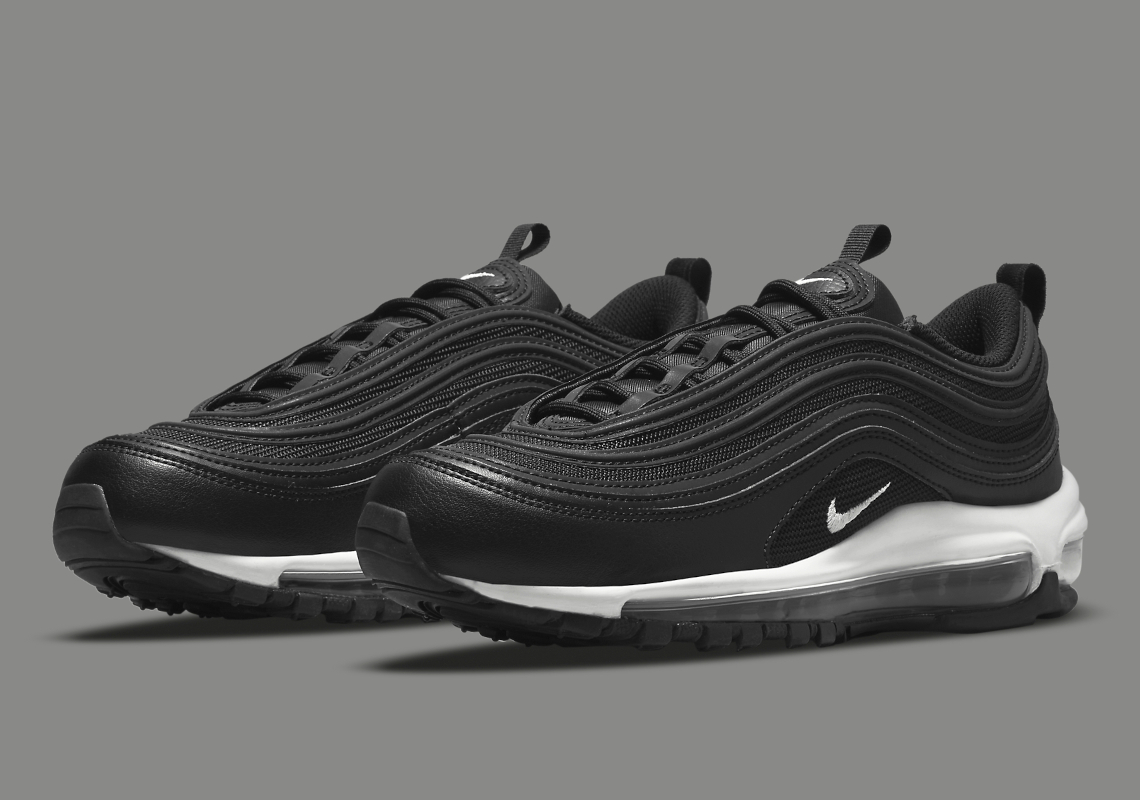 The Nike Air Max 97 was largely a cult-classic up until 1997, when the Swoosh put some energy behind the model for its 20th anniversary. Over the last four years, Christian Tresser’s design has become a mainstay within the brand’s roster, with its latest proposition deliver more sustainable styles under the Next Nature banner.

Denoted by the swoosh-wheel logo on the sock-liner, Nike Sportswear’s forthcoming capsule reworks handfuls of iconic footwear options with recycled materials. Whereas previously-surfaced pairs indulge in vibrant, statement-making makeups, the latest Air Max opts for a subtle, but classic “Black/White” arrangement. Vamp overlays favor a slight grey look, as they feature a reflective finish that finds its roots in nighttime running. Branding on the tongue and mid-foot join the midsole’s foam component in offering stark contrast to the dark aesthetic that takes over much of the sneaker.

Enjoy official images of the latest Air Max 97 here below, and anticipate a Nike.com release soon.

Elsewhere under the Swoosh umbrella, official images of the Hallow Dunks for 2021 have recently emerged. 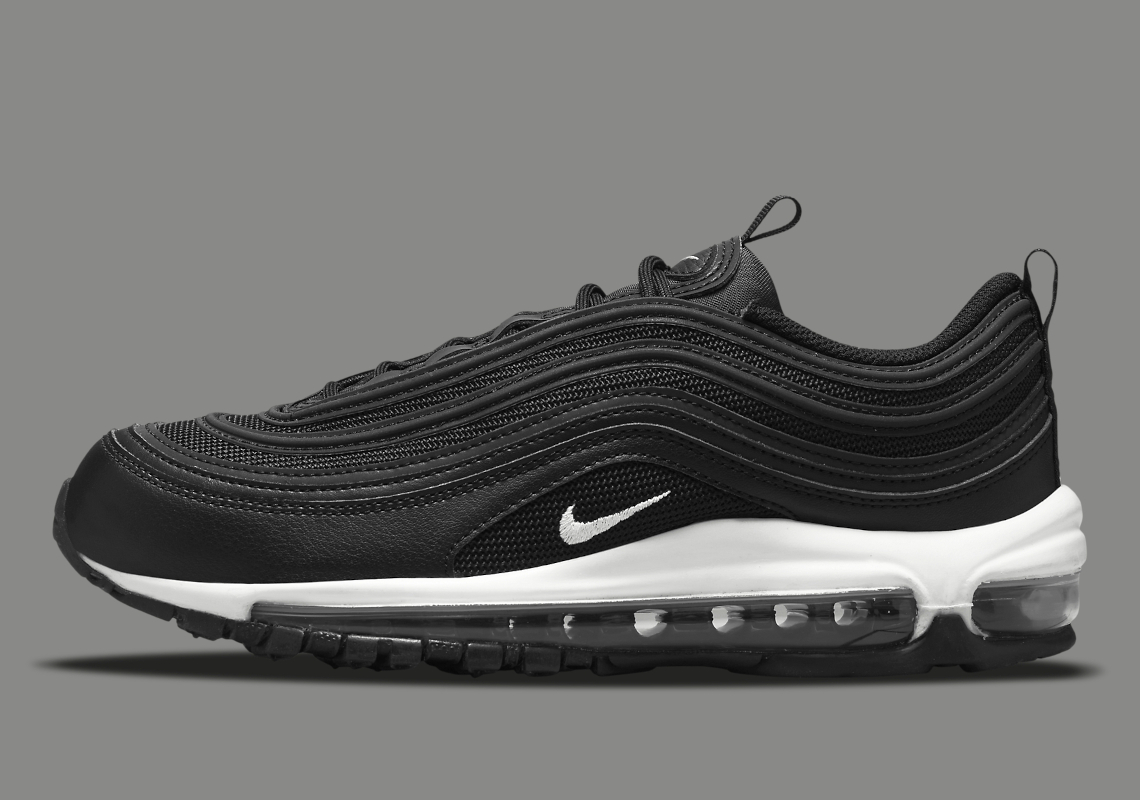 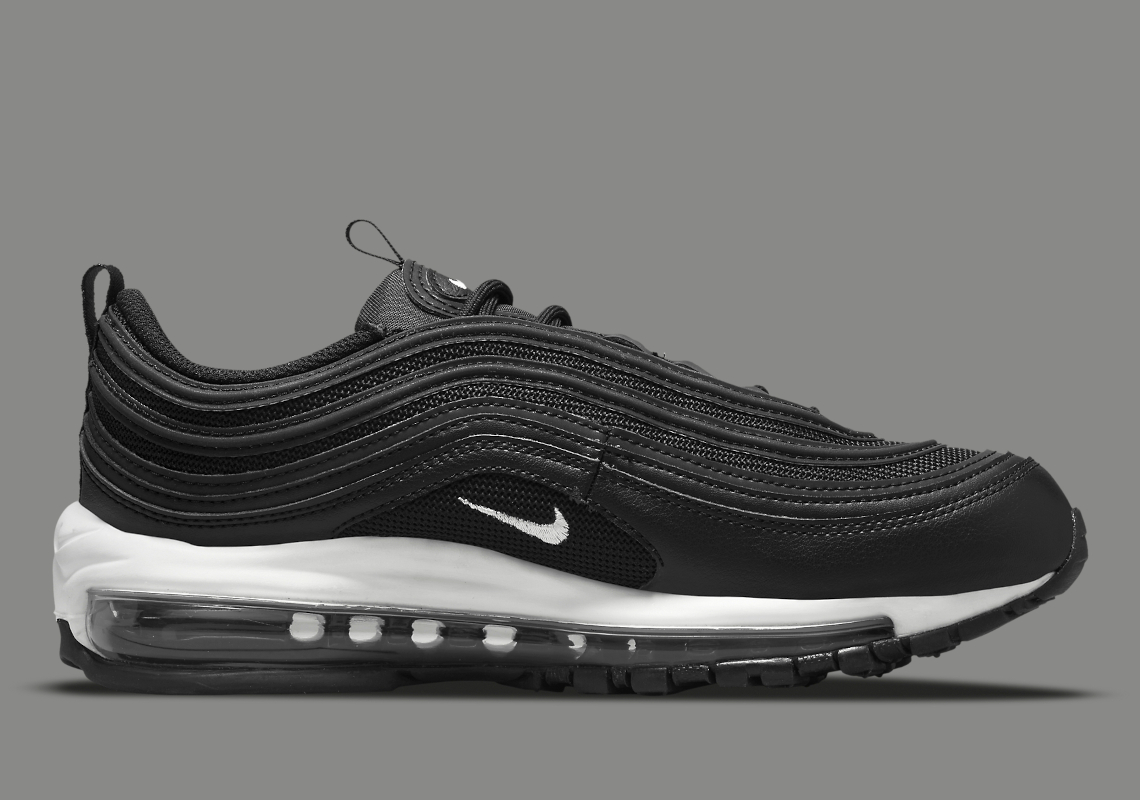 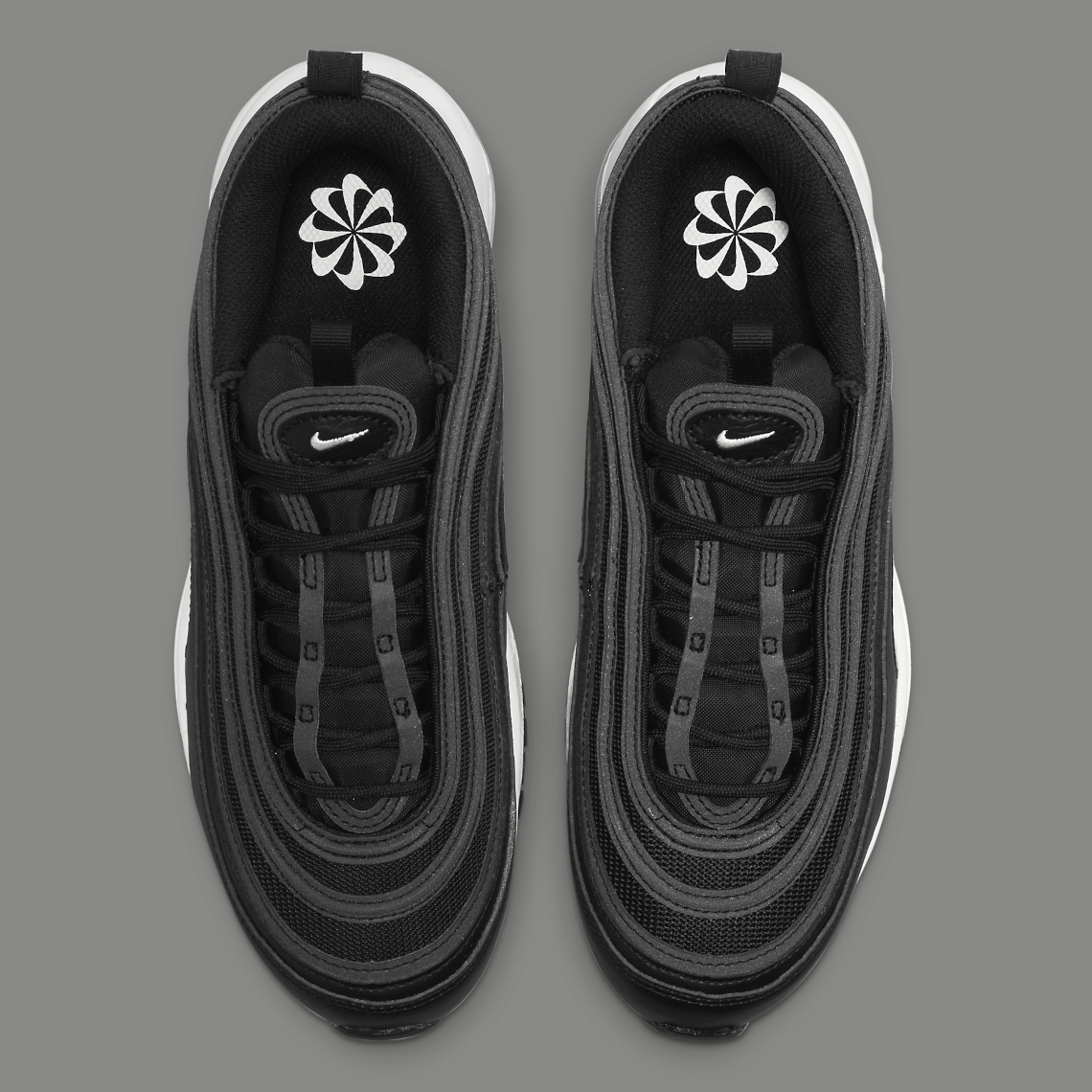 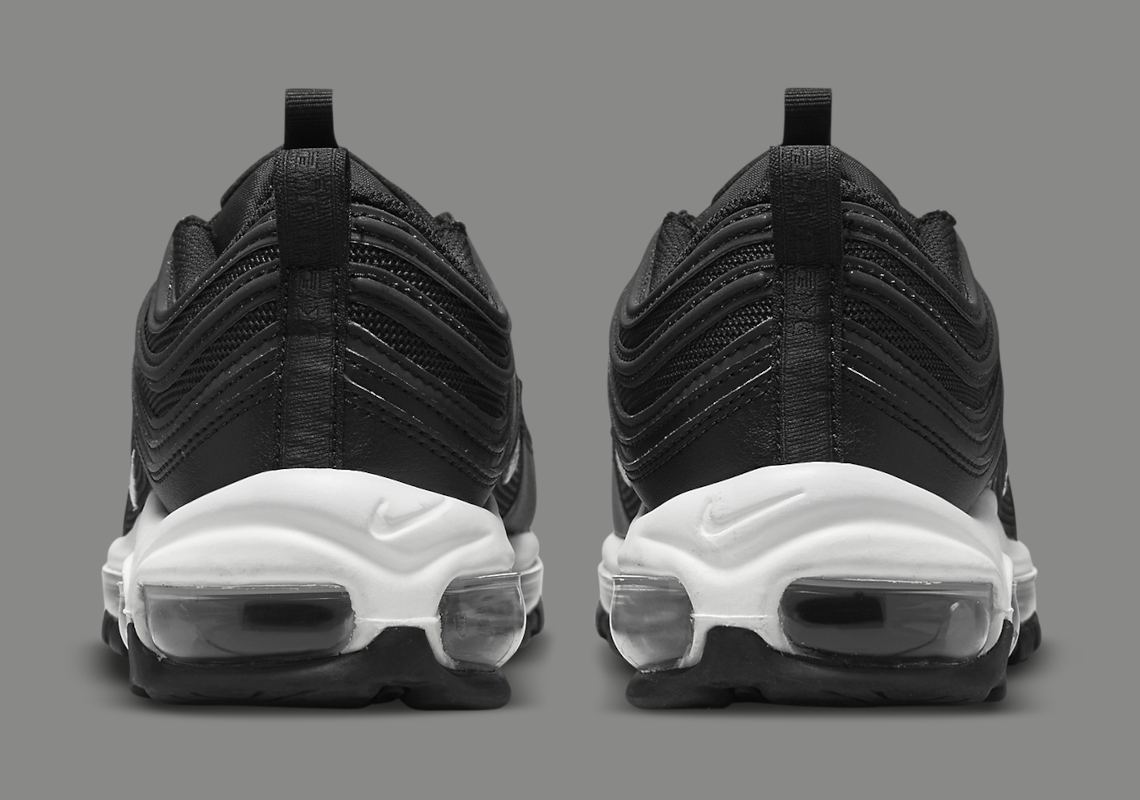 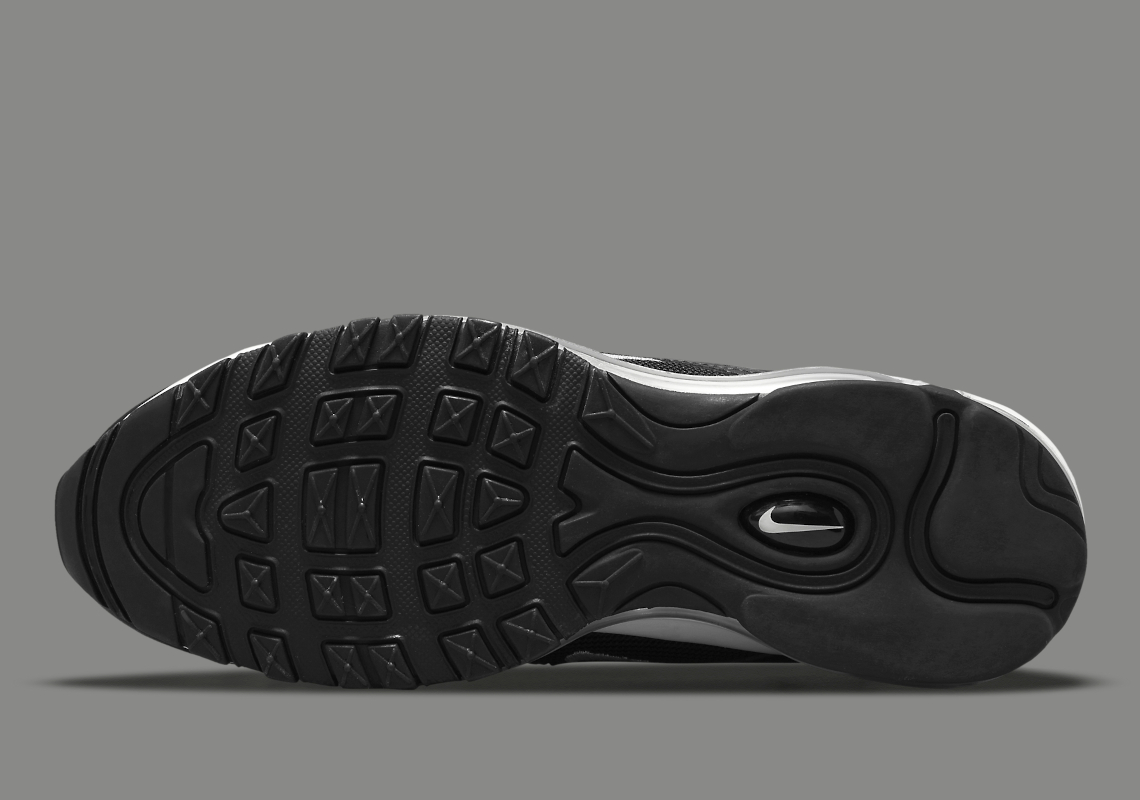 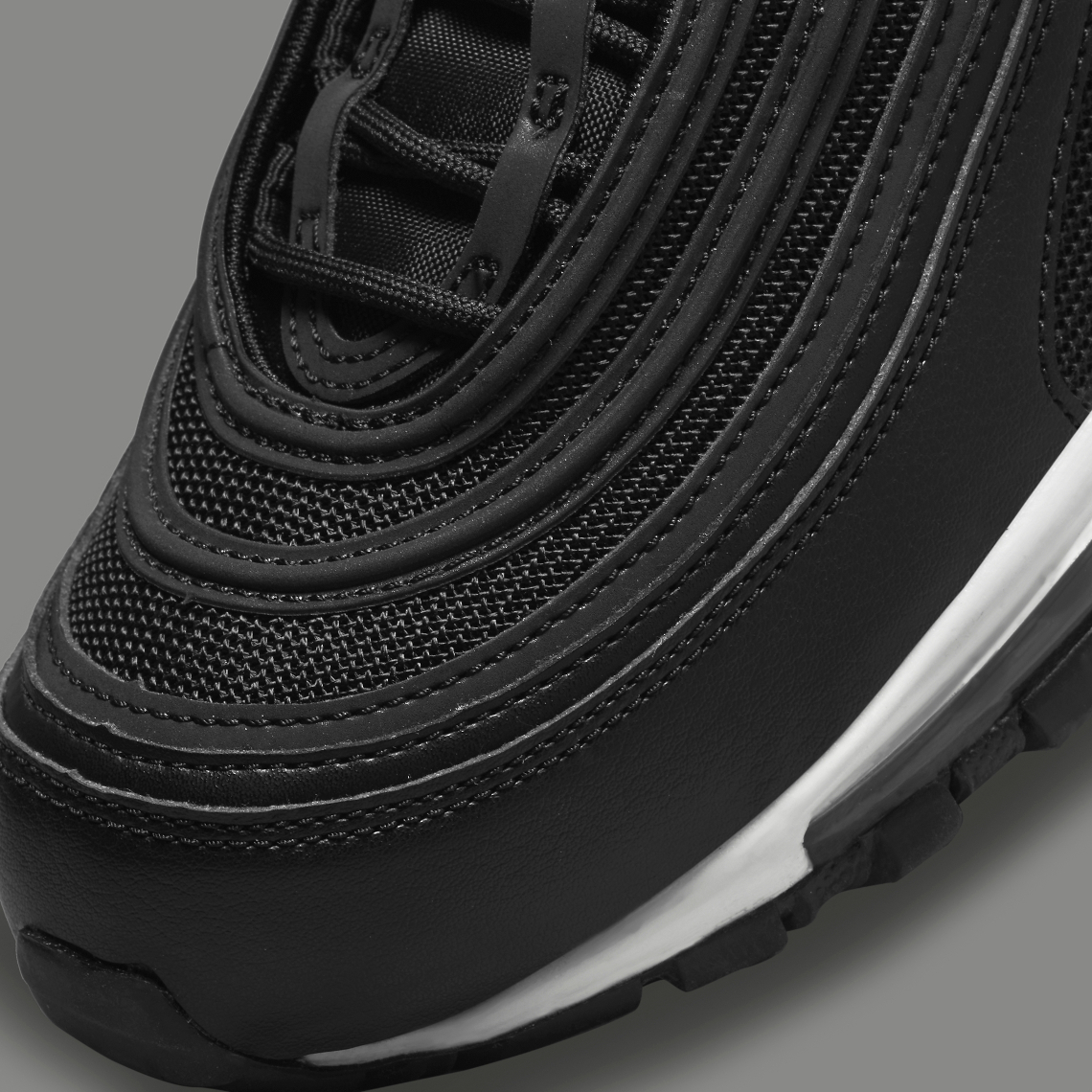 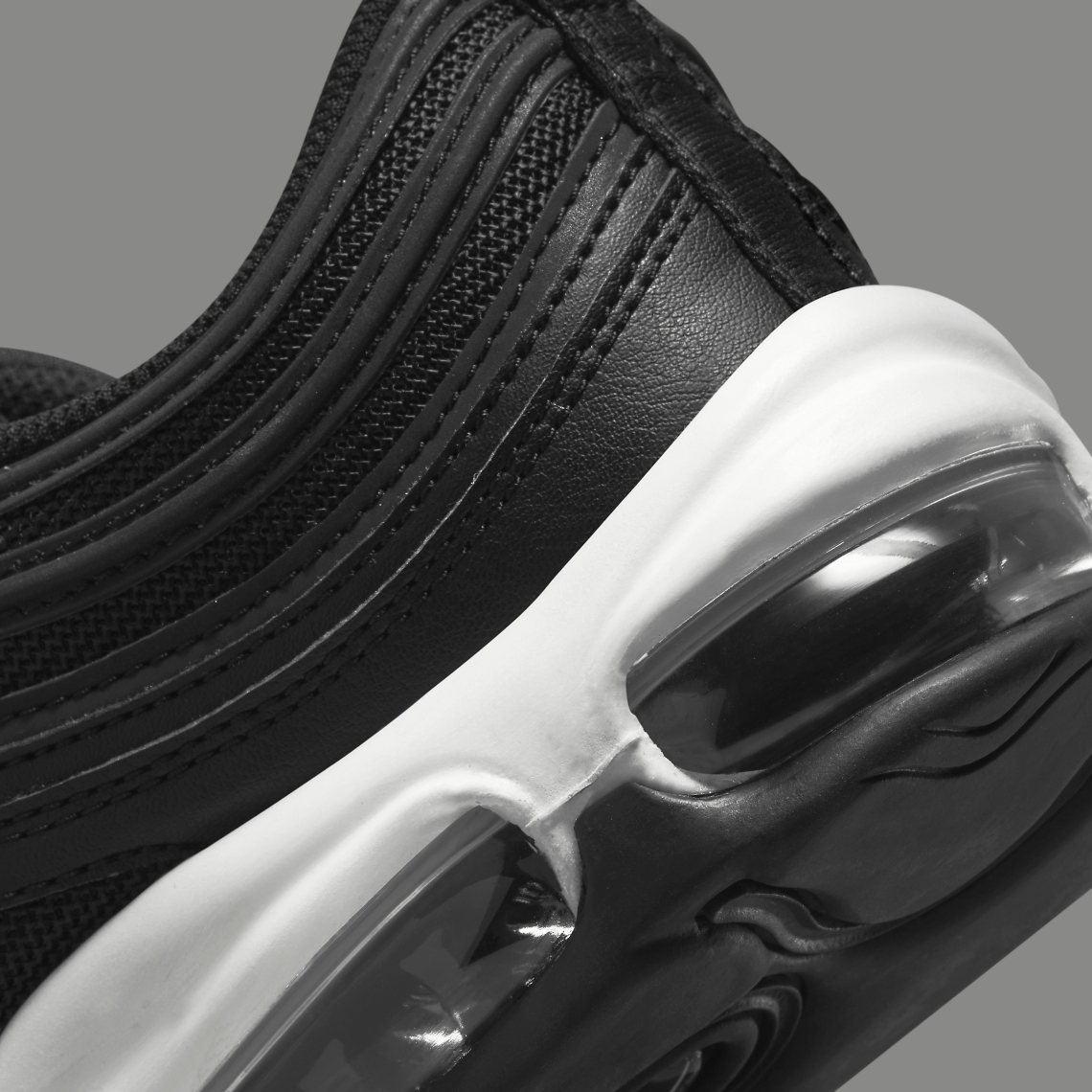 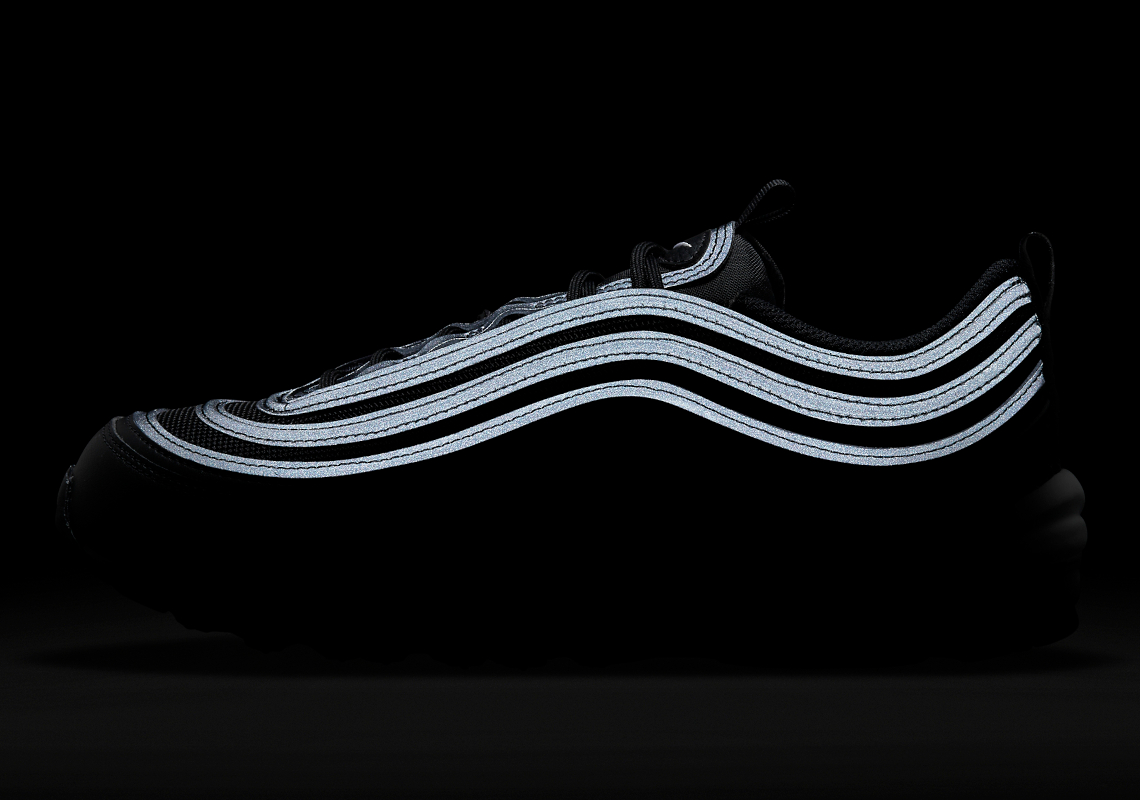