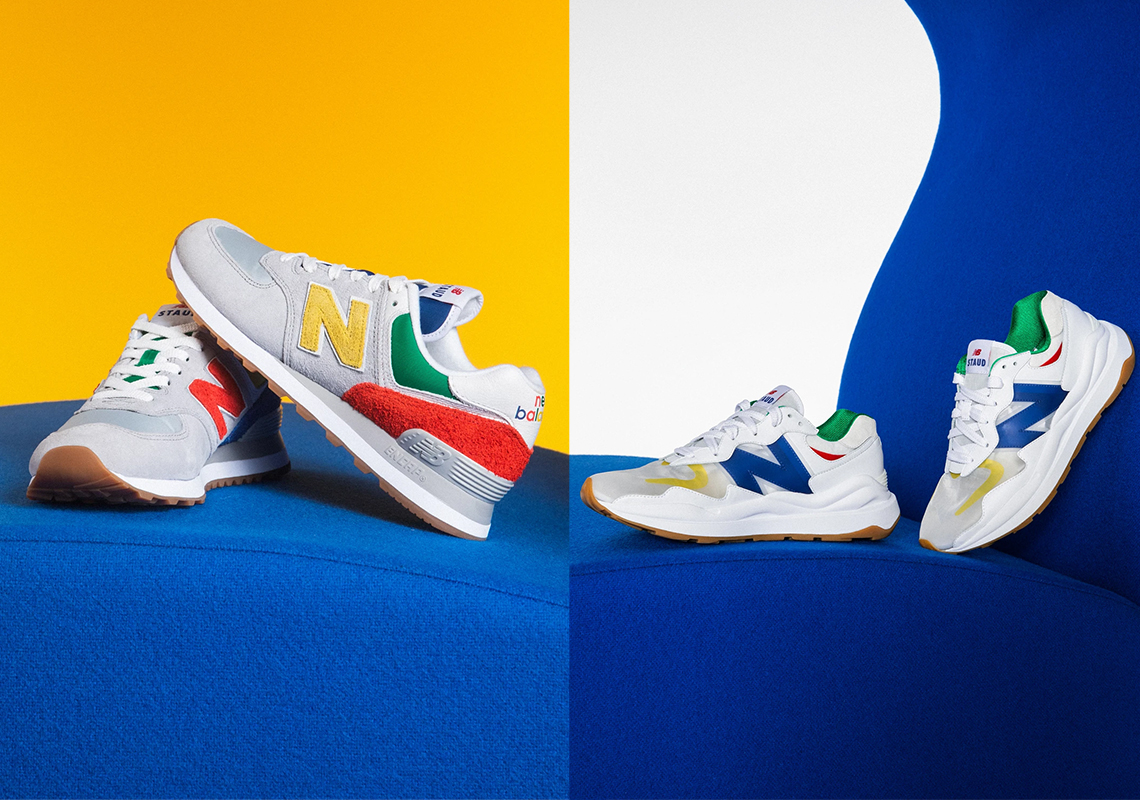 STAUD And New Balance Dress Up The 574 And 57/40 For “Classic Then, Classic Now” Collection

With STAUD’s fourth collaborative collection with New Balance, the label has drawn inspiration from one tagline: “Classic Then, Classic Now.” Though only four short words, they perfectly describes the two’s relationship, which often draws from past ideas. Here, the 57/40 and 574 are up to bat, taking a rather colorful stance that’s influenced both by historic moments in sports as well as 80s workout videos.

The 574, specifically, appears far more vibrant despite using many of the same primaries. This is due most in part to how they’re placed: green sits front and center on the tongue, yellow dresses the collar, red the “N” logo, and a dark blue the suede counter. Grey, then, outfits the construction elsewhere, stealing the majority away from the white neutrals that fill in the midsole, lining, and laces.

The 57/40 is far more white-dominant and lacks its counterpart’s touch of grey. Instead, off-white accents and see-through panels are used adjacent, building out the suede trim behind and a large part of the forefoot, respectively. Then, in a strong finish, the same primary colors rear their head, standing out atop entirely different fixtures.

In case you missed it, official images of the Air Jordan 3 Pine Green have appeared. 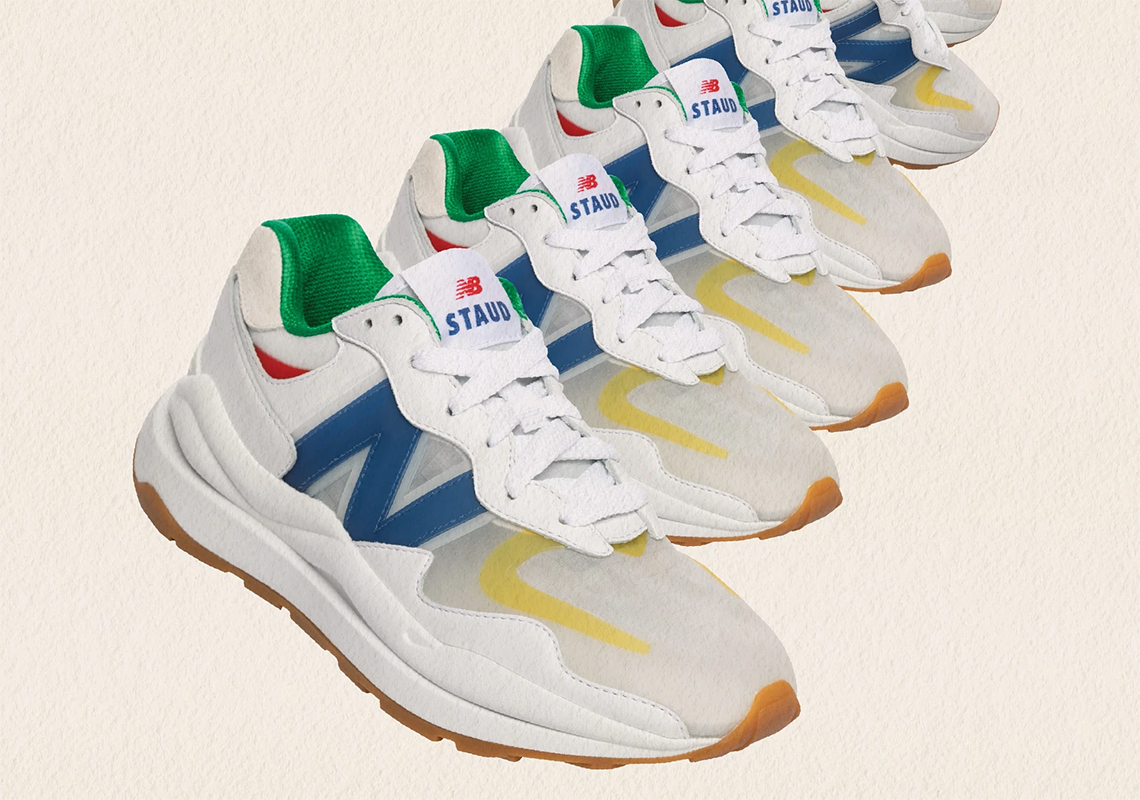 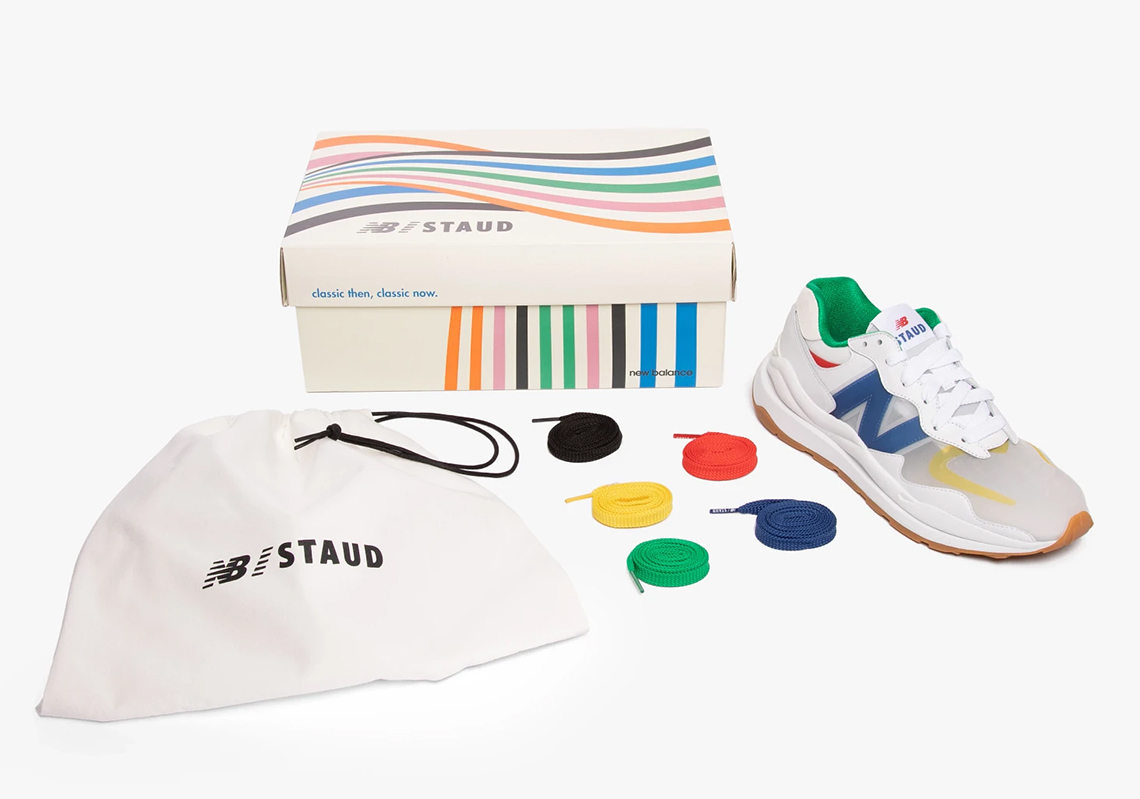 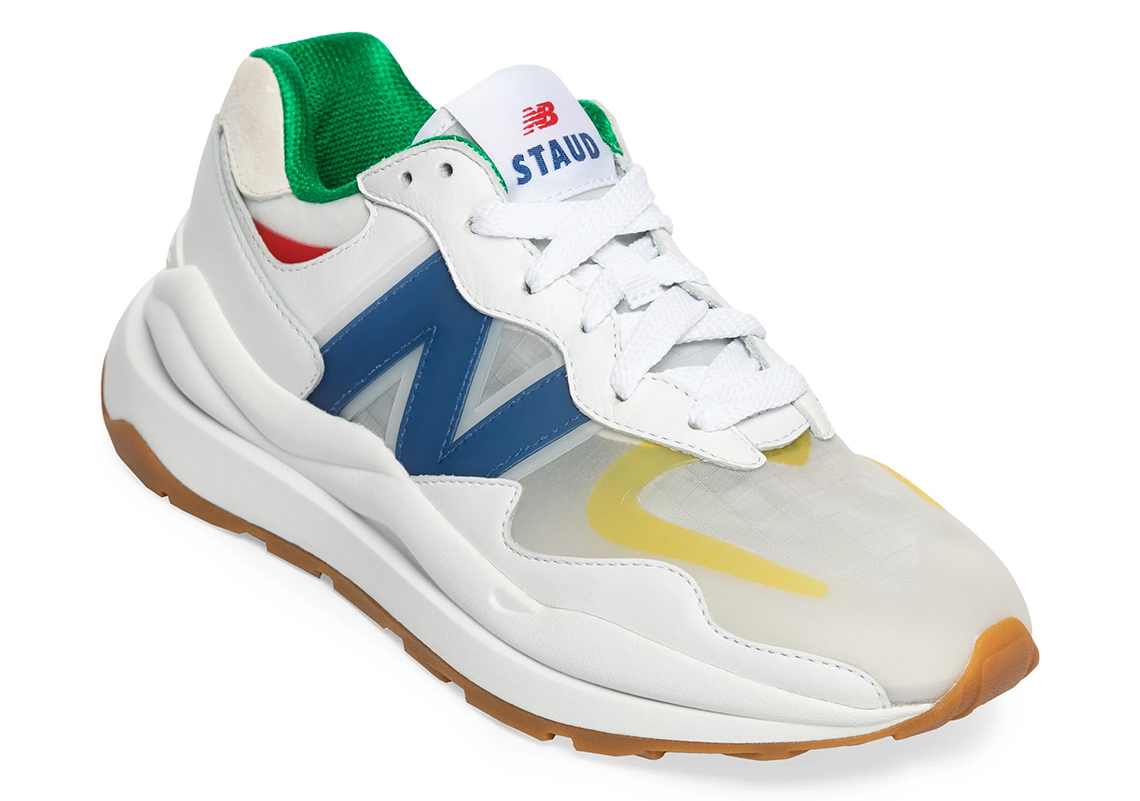 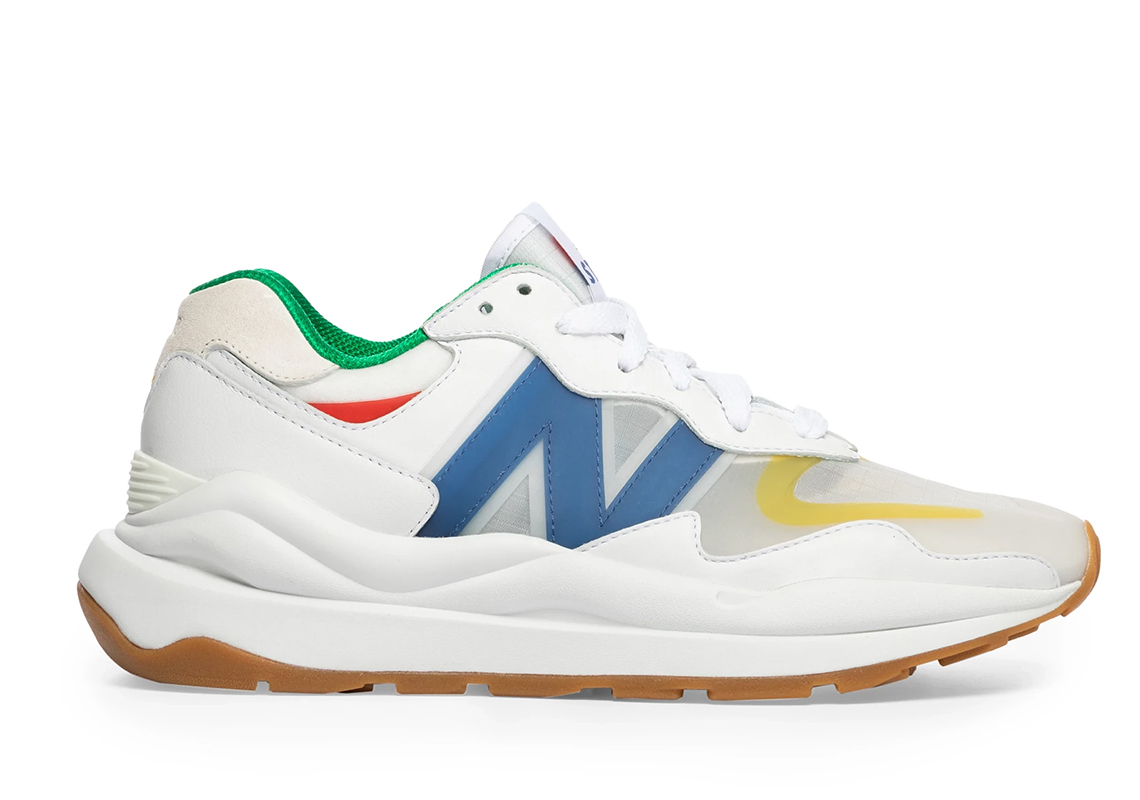 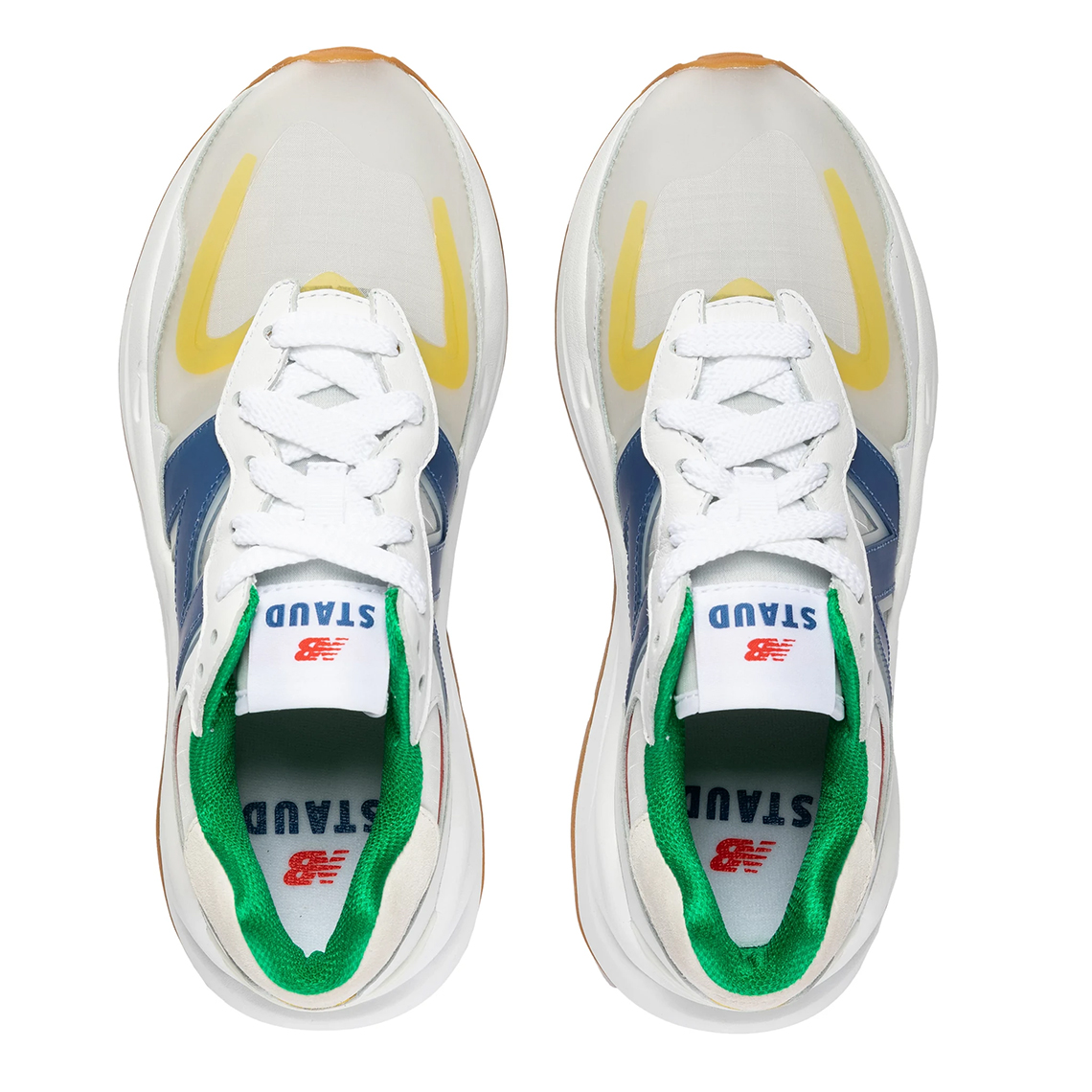 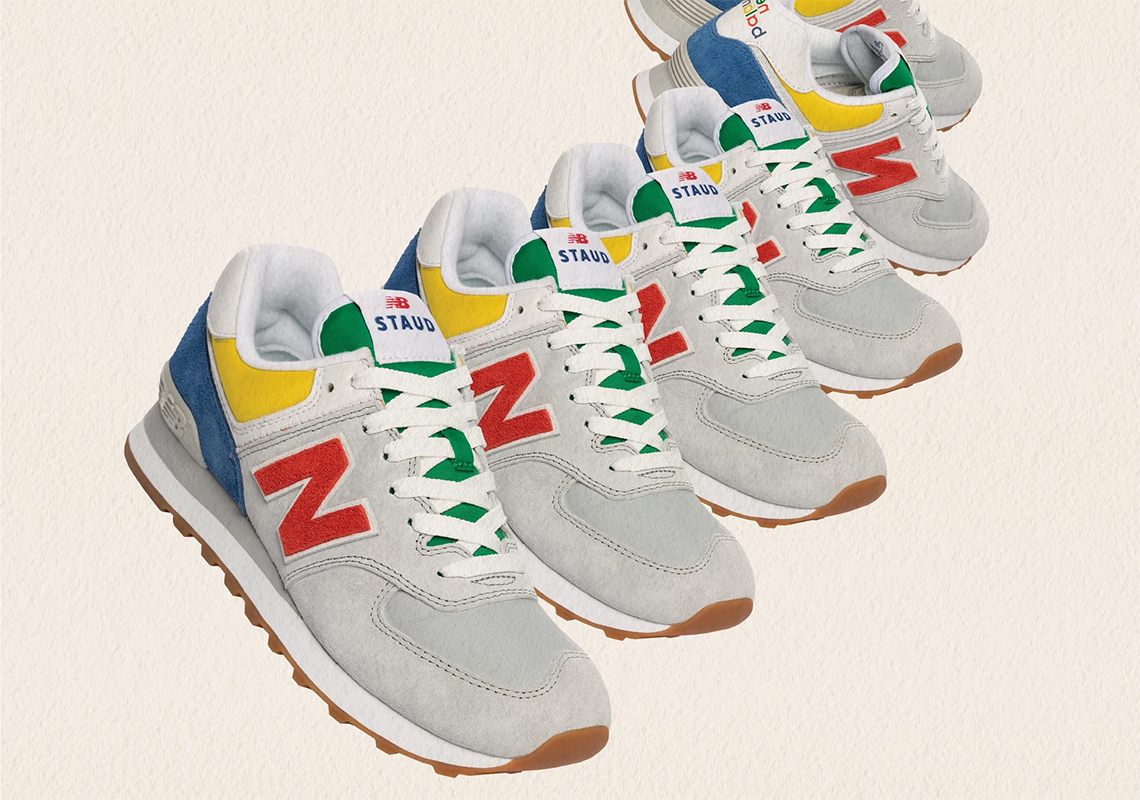 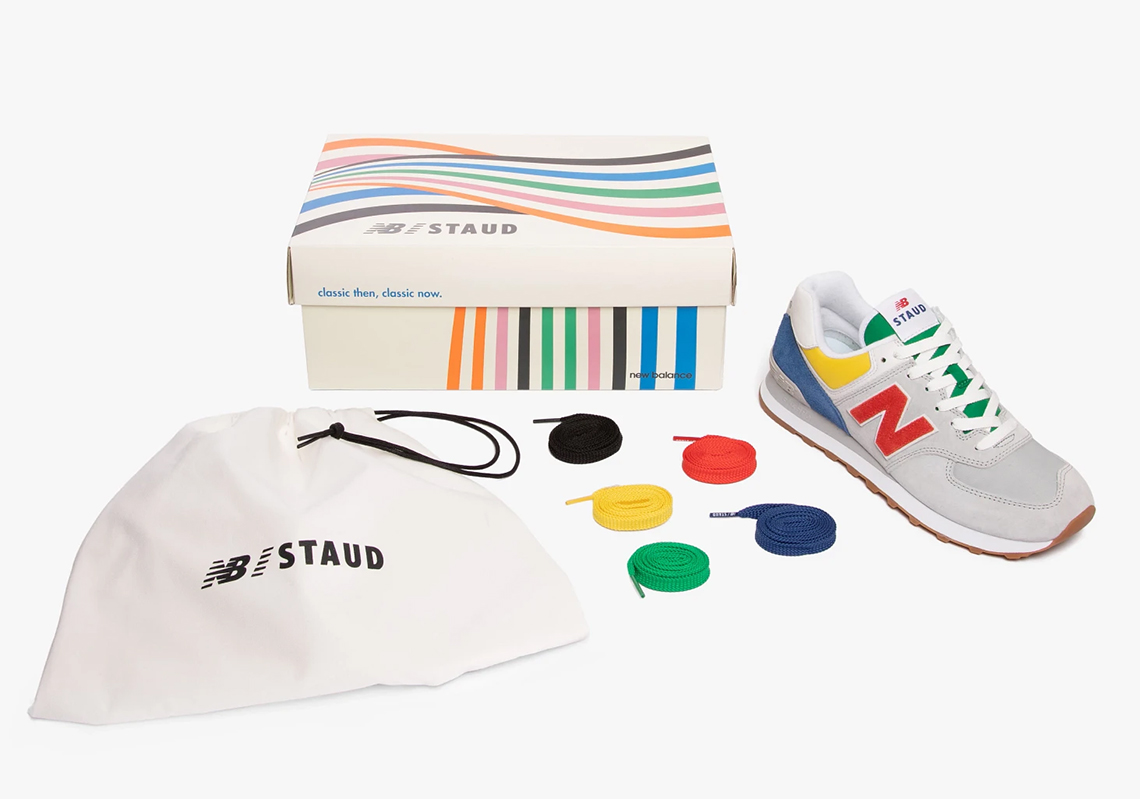 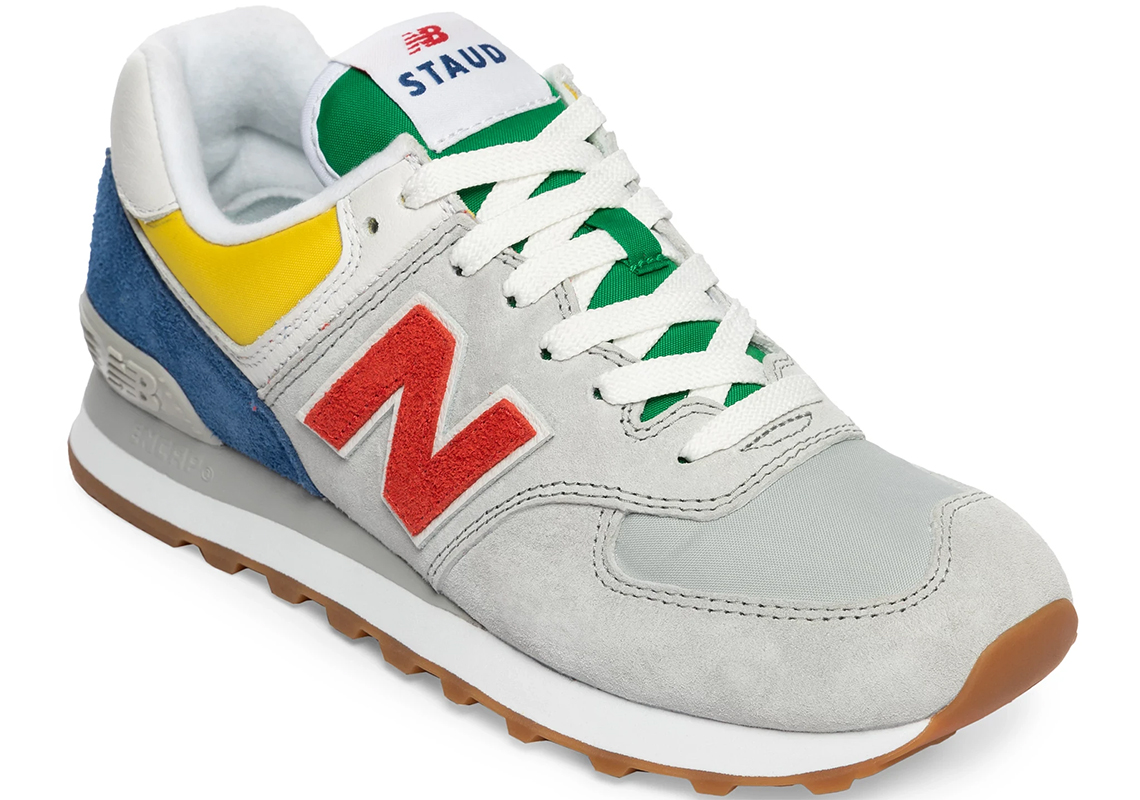 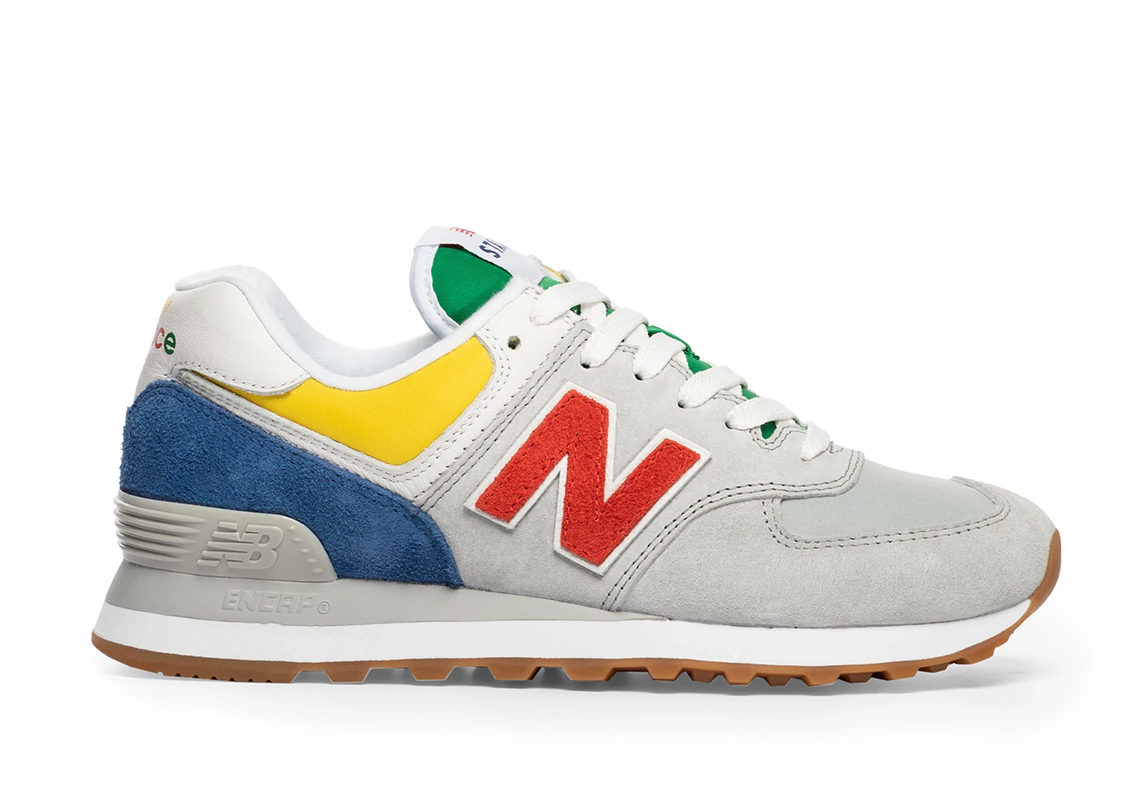 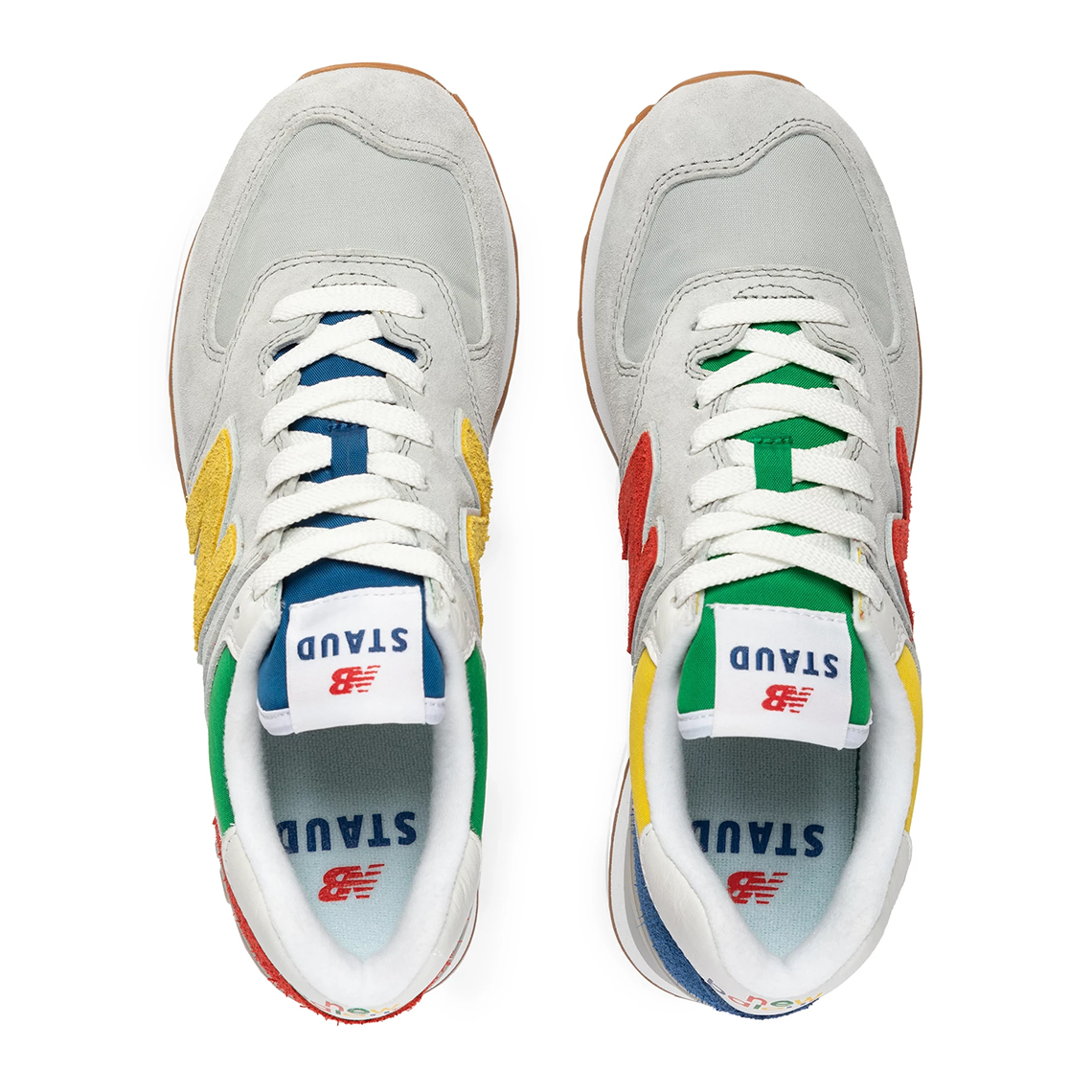