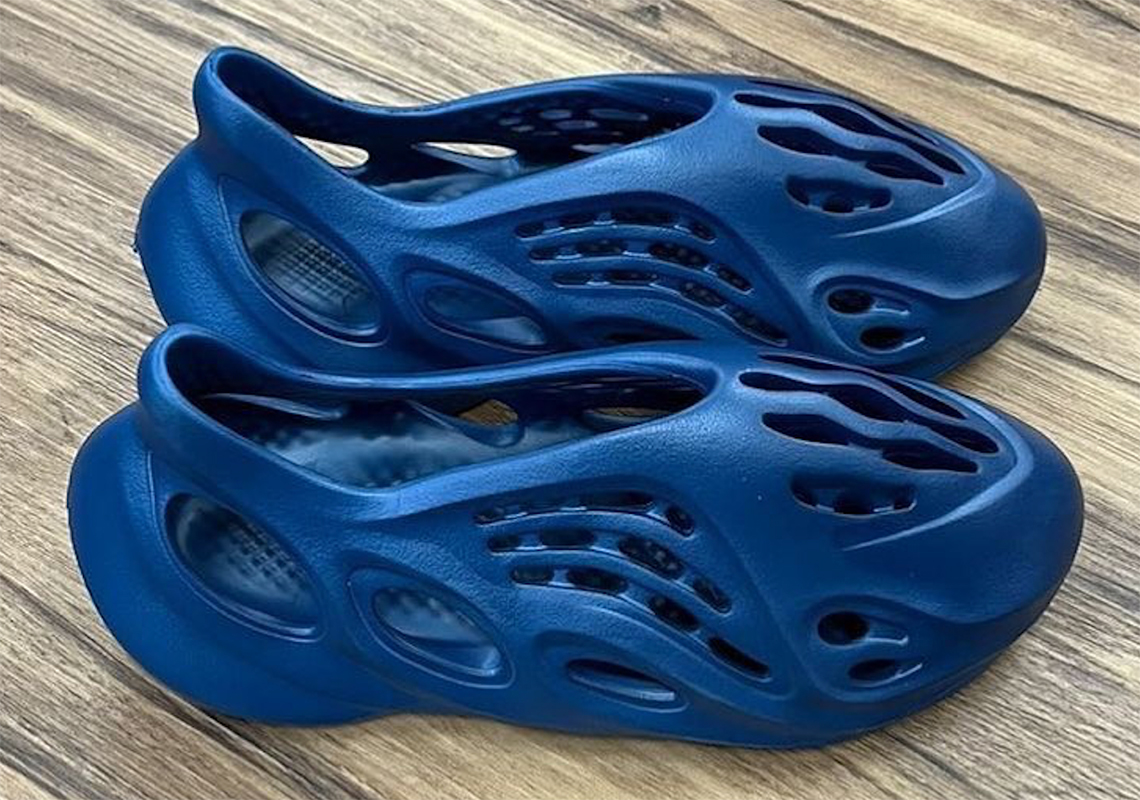 The adidas Yeezy Foam Runner was easily one of the best shoes of 2021, with drama surrounding fakes only enlivening the conversation. In 2022, the brand is likely to expand on its catalog thus far, and this “Navy” sample could be a hint at what’s to come.

Similar to the silhouette’s inaugural offerings, the titular blue dresses the shoe both inside and out. But the similarities effectively end there, as the shade itself appears somewhat metallic. This is most evident along the exterior, whose texture and sheen is spotlighting thanks to the oncoming lighting.

As this is a sample colorway, there’s no guarantee we’ll see a release. But if that changes, or if we catch word from the brand, we’ll update accordingly.

Elsewhere in Three Stripes news, the Yeezy Slides are confirmed to be returning later this season.